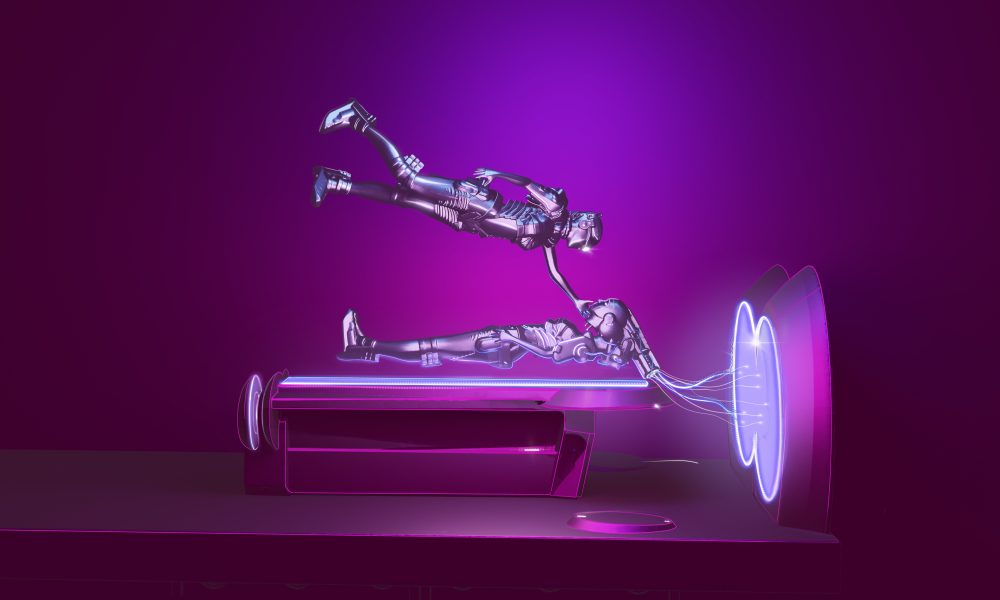 Sutu, we appreciate you taking the time to share your story with us today. Where does your story begin?
I’m an XR artist and storyteller from Australia. I began creating an interactive webcomic in the late 2000s called Nawlz and that was about a young cyber-grafitti artist who used Augmented Reality technology to chase AR animations around his City in order to solve a mystery. This story premise came out years before Pokemon Go with a key difference, it wasn’t PG, it was like Clerks meets Bladerunner in a cybernetic drug-fuelled mind bender! Toward the end of the Nawlz project, a programmer named Lukasz Karluk contacted me and said ‘hey I think I can help you make some of those AR ideas from your comic IRL’. In 2012, Lukasz and I teamed up and made our first AR street art project, Modern Polaxis. I covered walls with comic style pasteups and Lukasz helped me bring them to life with AR projections. https://vimeo.com/52656835 This experiment got us a lot of attention online and inspired me to create the world’s first Augmented Reality comic book, also titled Modern Polaxis. Modern Polaxis got funded on Kickstarter, got writeups in Vice, Cnet and CBR and most importantly it established a huge demand for AR books! So Lukasz and I decided to create a Company… called EyeJack! Our flagship project, Prosthetic Reality invited 45 artists from around the world to use our AR technology to augment their own art. We released Prosthetic Reality as a coffee table book with ambitions to become the world’s first AR book publishing company, BUT an unexpected thing happened. I had organized a book launch and had printed the works from the book nice and big around a beautiful Gallery in Melbourne. Then the night before the book launch, I posted one (fairly rushed) video where I ran through the gallery augmenting all the works. The video had a strange magical DIY quality and then someone saw it and posted it to Melbourne’s main Reddit page and very quickly, within a few hours we had millions of views. Then the next day there was a huge line down the street to get into the exhibition!

So the unexpected thing that happened was… festivals and galleries around the world contacted me to ask how they could exhibit Prosthetic Reality, so thus began an International tour where Prosthetic Reality would travel to 12 countries! So instead of becoming an AR publishing company, we became an AR events company and in the first year of operating, we did over 160 AR events! We not only exhibited Prosthetic Reality, we augmented hundreds of murals and collaborated with hundreds of artists. It was quite bonkers! Some of our events included the World’s largest AR activation where I animated a mural covering a 45 metre high tower, and more recently we did the Spider-Man Enter the Spiderverse AR activation at DesignCon. I also started dabbling in Virtual Reality and released some of my own VR films. So we were starting to get some pretty big gigs and I decided to move to LA early 2020. It started off great! I Art Directed the world’s first underwater VR film that premiered at Sundance Film Festival. I did a live Virtual Reality painting performance at Wisdome! I had lined up some huge AR activation events for clients like Marvel and Sony, AND my VR trilogy, Legends of The Brush, was scheduled to have its World Premier at SXSW… but then Covid hit, and all the events got canceled! And I got pretty worried there for a second. So instead of trying to push AR events, I put EyeJack’s LA dreams on hold and I pivoted to work for Wave – an LA-based Virtual Concert production company. As the pandemic kicked in, more people went online for their work, social life and entertainment. Wave was already an established company but during this time, it experienced a huge surge of interest and I quickly found myself designing key art for musicians such as The Weeknd and John Legend.

This was also a time of major social unrest in the US and our virtual concerts became a means for raising money for important charities. The Weeknd alone concert raised over $350k for the Equal Justice Initiative! It was a phenomenal heart warming moment and I couldn’t be prouder to have participated. Now that the Covid situation is starting to improve, EyeJack is starting to pick up again. And I have a few exciting AR projects launching soon at New York Public Library and LACMA. As Covid continued and we all spent more and more time in our homes people really started to value digital content, it was kind of no surprise that NFTs became the next big hit. I sold my first NFT in December for $49,000! In all my life, I had never sold a digital artwork for anywhere near that amount of money. It totally blew my mind and I cried tears of joy! Even when I was making my webcomic back in the day, I had a peak audience of 300,000 monthly readers but would’ve been really lucky to make $1000 per month. So the NFT craze brought hope for a new economy that actually valued digital art. But by mid-Jan news started to circulate that the ethereum blockchain uses a tonne of energy that can be pretty bad for the environment. So I started a series of Clubhouse discussions where I invited artists, climate scientists and NFT platform founders to discuss the matter. I also became a moderator on a Clean NFT Discord group which now has over 2000 members. The eco concerns surrounding NFTs became a real hot topic and before I knew it, I was being interviewed by the NBC.

We all face challenges, but looking back would you describe it as a relatively smooth road?
I spent a lot of money to move from Australia to the US and set up my design studio and then Covid kicked in and all my jobs got canceled. I was initially pretty worried, but I also felt as an artist, I have been training my whole life for these kinds of moments. Gigs get canceled all the time, you have to use your creativity, be resourceful, shift gears. So I used the downtime to learn new skills while I searched for jobs that could still go ahead even during a pandemic. Thats when I got the job with Wave.

Thanks – so what else should our readers know about your work and what you’re currently focused on?
In Australia, I’m known for my social impact art projects. I worked for the indigenous community in Roebourne in Northern Western Australia to create the NEOMAD interactive iPad comic book and a series of short films. It’s certainly my proudest project as it impacted many kid’s lives. Two documentaries were made about that project that aired on National TV and last year the comic was adapted into a TV series. I kept in touch with the kids from the community and in 2019, 5 of the young people collaborated with me on a VR film that premiered at Tribeca. We all went to New York! It was magical. In the US, I have a good reputation within the XR community for my AR art and VR films. I have shown my projects at many festivals including Tribeca and Sundance, and I have created VR projects for films such as Doctor Strange and Ready Player One. I directed the Virtual Concert for Jean Michel-Jarre and created key art for other musicians including The Weeknd, John Legend, Alison Wonderland and just last week, Dillon Francis!

Do you have recommendations for books, apps, blogs, etc?
I listen to a tonne of sci-fi audiobooks while I draw or work on the computer. My favourite audiobooks from last year were, The Fifth Season by N.K Jemison (trilogy), 3 Body Problem by Cixen Liu (Trilogy), We are legion (We are Bob) by Dennis E. Taylor (trilogy) 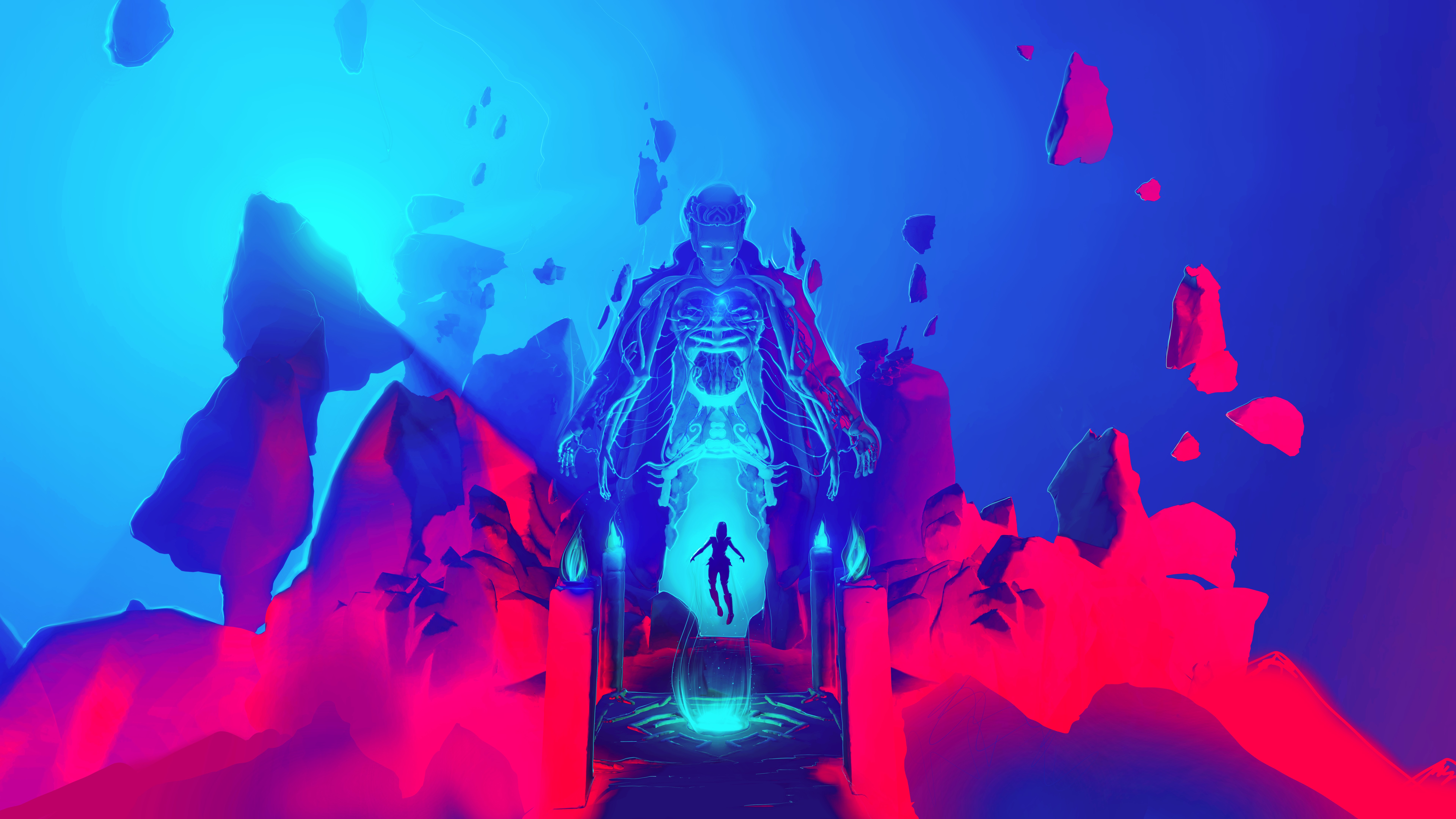 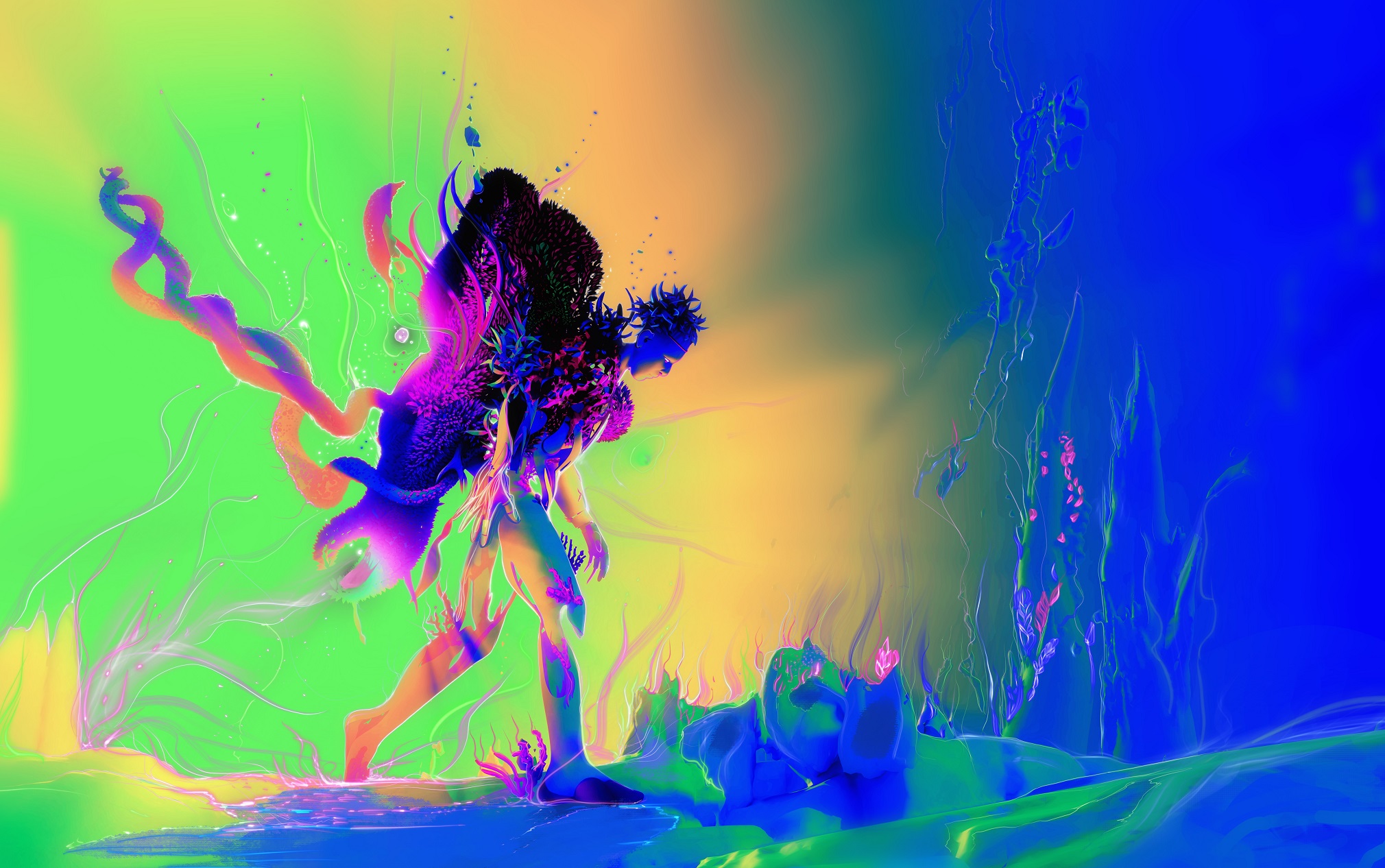 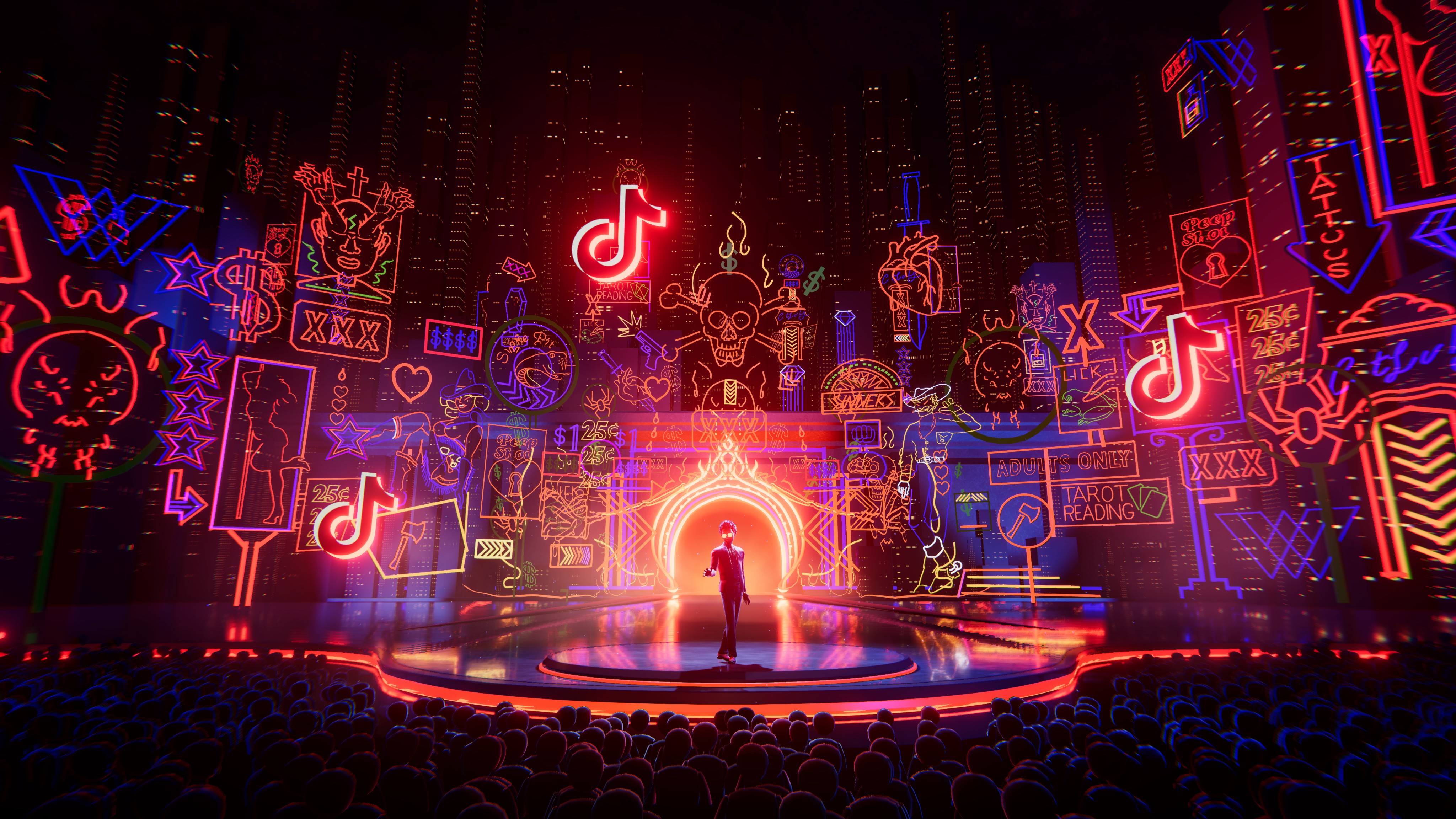 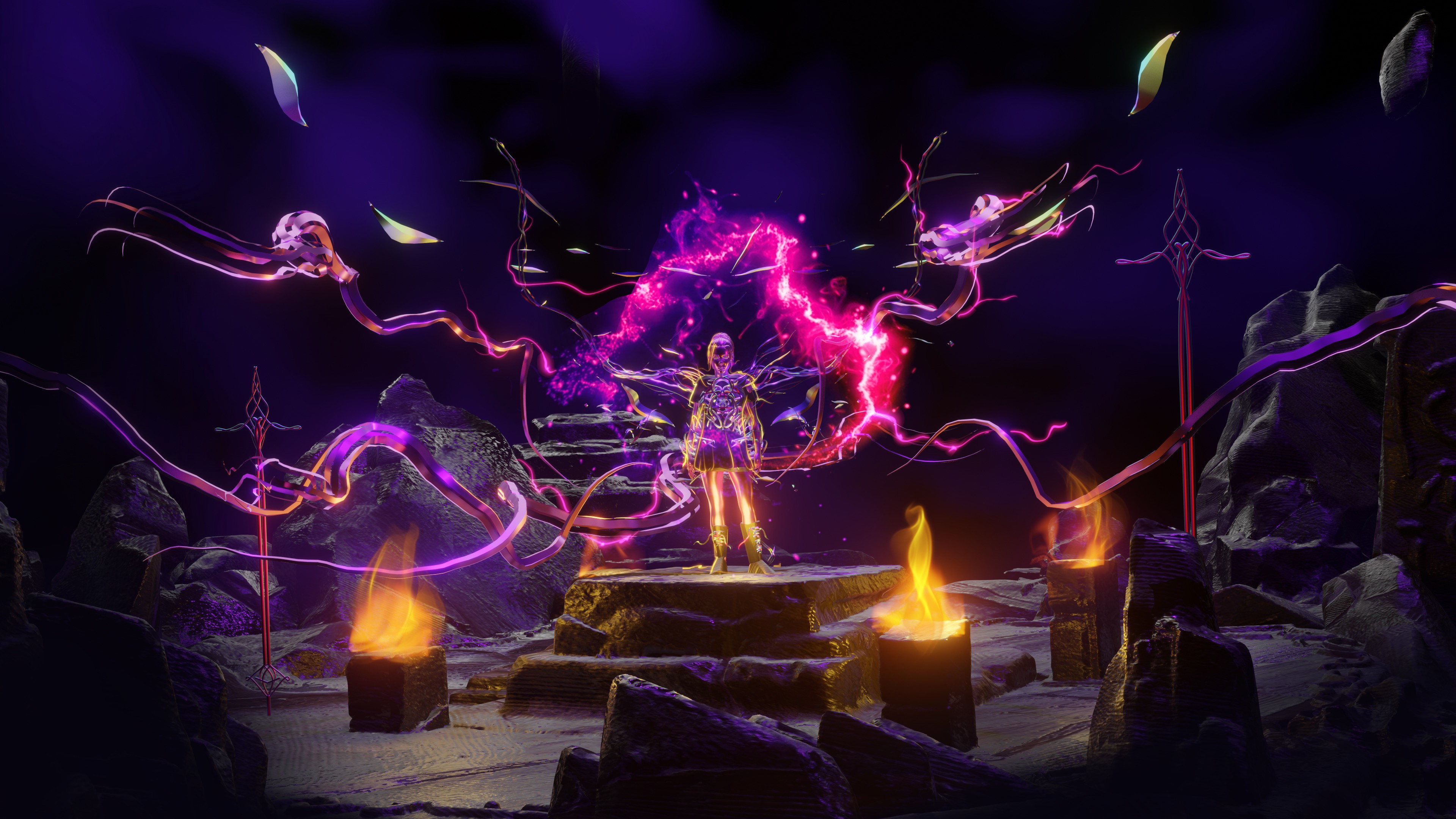 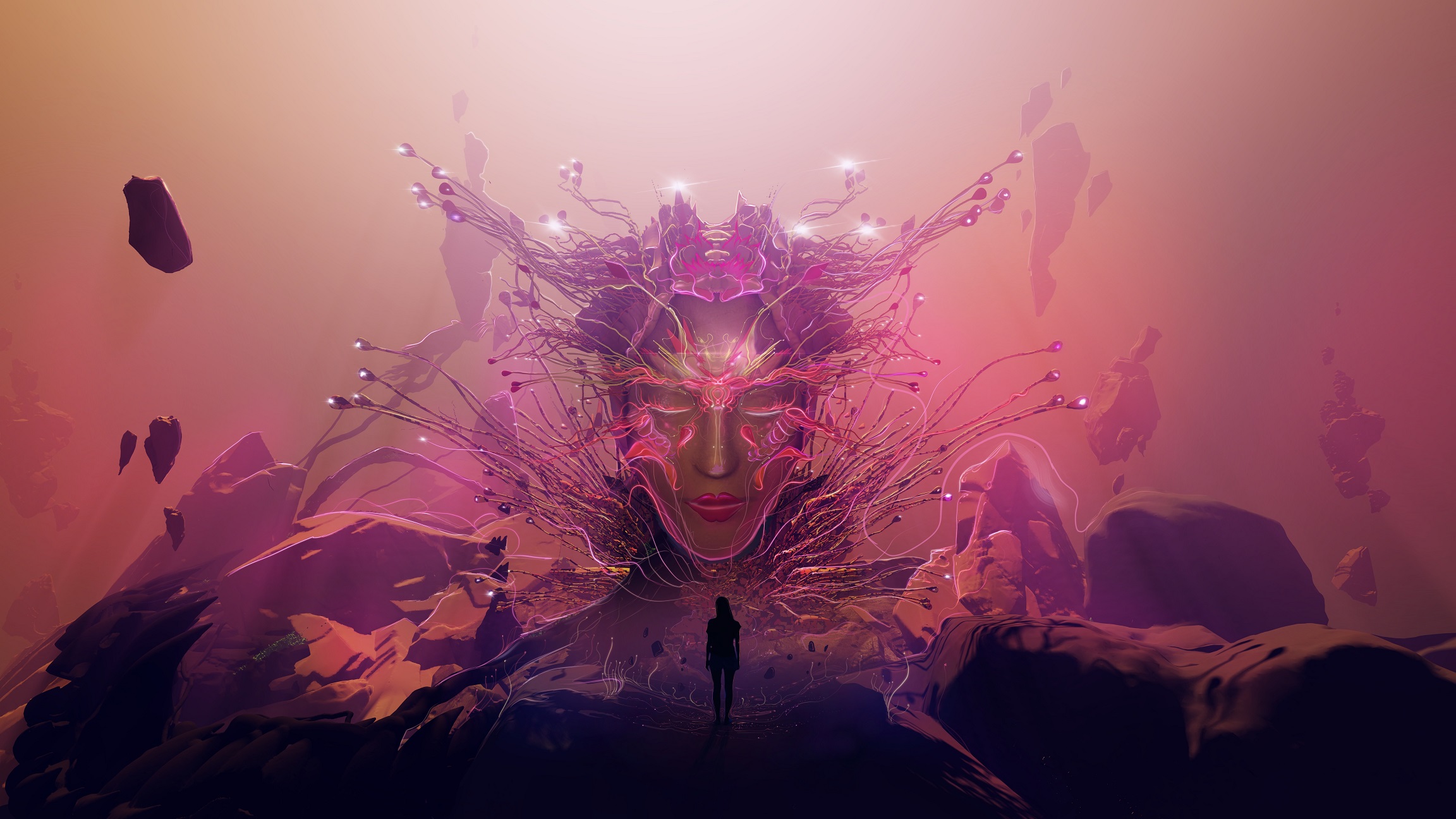 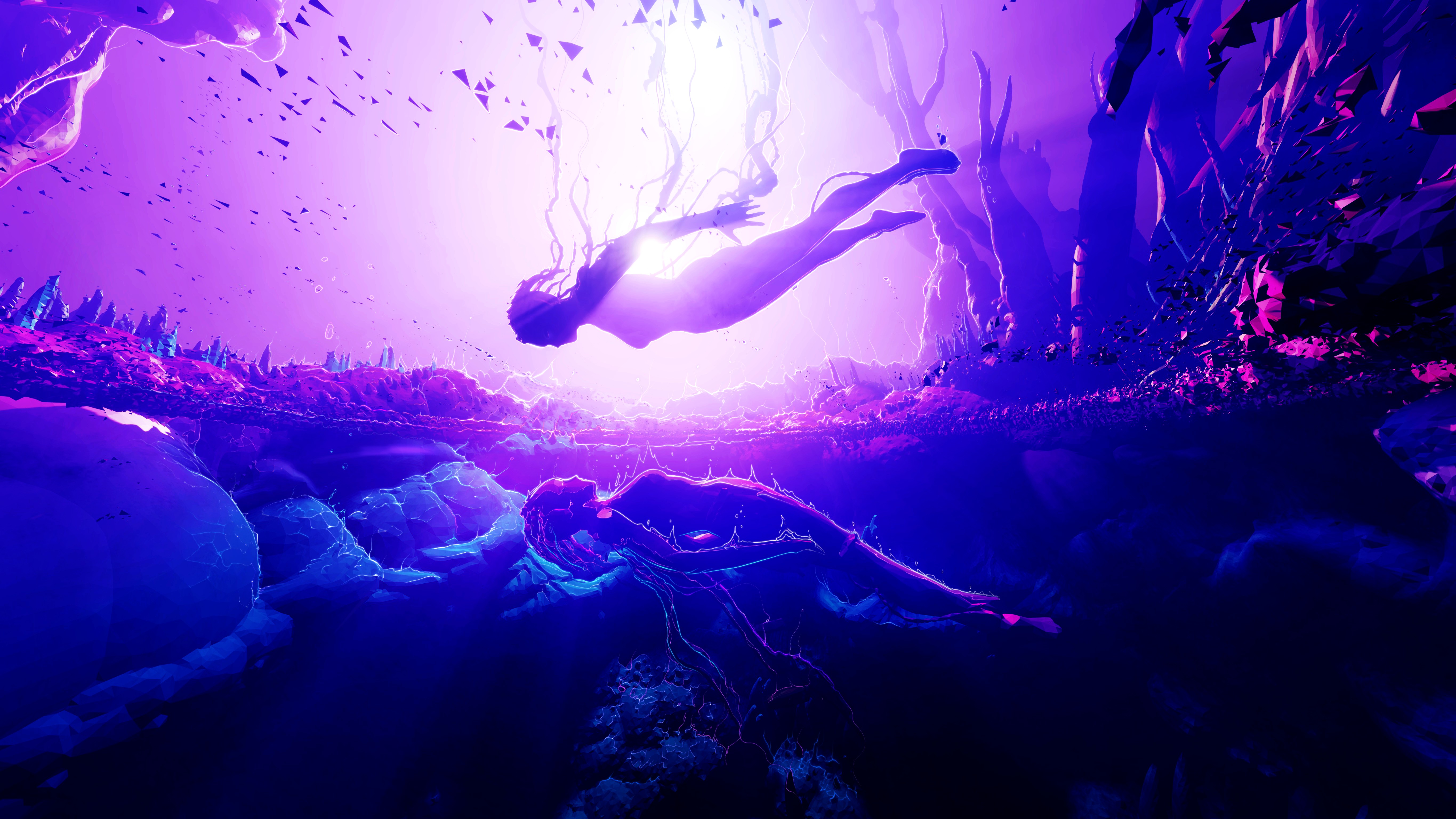