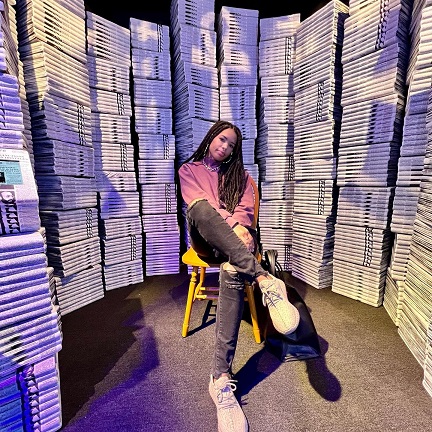 Today we’d like to introduce you to Roxi Summers.

Alright, so thank you so much for sharing your story and insight with our readers. To kick things off, can you tell us a bit about how you got started?
Ten years ago, I would never have guessed that I’d be where I am today, and my starting point will have you scratching your head as to how I got here. After graduating from Hampton University in 2011, I became a Military Officer. At 22, I had an immense amount of responsibility put on my shoulders. I was a fantastic officer and learned so much from my experience, but I felt suffocated and let my work consume me. Unfortunately, I was completely burnt out after eight years, five moves, and one combat deployment under my belt.

In 2017 while stationed near Seattle, I went to my first music festival. I had an epiphany that if I had the skillset to plan strategical and operational logistics on the battlefield, learning to produce events and concerts on the civilian side would be something I would like to try. After the festival, I submitted my resignation letter and began my new journey.

In 2018 as my military career was approaching the end, I was living in the Seattle area yearning for sunshine, and it just so happened that Live Nation Entertainments H.Q. was in Los Angeles. So I decided to apply for the only open project manager position they had opened at the time, which was in cyber security, and ultimately landed the role. While cyber security wasn’t necessarily doing what I understood the importance of getting my foot in the door. After about a year at the company, I became one of the leads for the Black Employee resource group, which enabled me to produce some fantastic events that fed into my passion.

In December of 2018, Davon Johnson, one of the best creative directors in the entertainment industry, came to me and asked if I wanted to help with the production manager for the Untamed Activation 2019 Coachella Edition. With only four months to plan the event, I pushed my team to the brink to gather the resources to make it a success. The face of the activation was Brian Henry, a Los Angeles-based DJ known for the infamous BHen Block Parties. Working with him was one of the first times I got to see the multifaceted growth of an entertainer. He and the other creatives around me ultimately showed me that sustaining a comfortable life while following your passion was a reality.

Music surrounded me while growing up as my father was a jazz musician. Music always felt like it was a genuine part of me, and although I wasn’t a classically trained musician, I had an ear for music. The challenge of learning the technical aspect and music theory and remaining abreast of both emerging artists and the classics as part of the intrigue of learning how to D.J. I wanted to know more about DJing, but with my day job at LNE, my work as the lead for the Black employee resource group, and planning projects on the side, I had no more bandwidth to dive into my more creative side.

Then came the pandemic, and as you can imagine, working for a company specializing in live entertainment gave me little job security, and I was ultimately let go. However, instead of being down on myself, I realized that one of my passions was bringing creative ideas to life. So between myself and my business partner Seanella Abraham we created HEIR Creative Agency. After a few months of working on projects for Pepsi Co., celebrity weddings, and music videos, we decided to press pause and focus on finding our niche in the creative industry. We had taken a year and immersed ourselves in the world of art direction and set design, which intrigued me. Still, we wanted to remain a multifaceted agency, so in 2020 our focus was fashion. My business partner Seanella is the owner, editor, and chief of A.R.T.S.Y. Magazine, a lifestyle publication focusing on top emerging creatives. She is heavy into the fashion world and was a fashion buyer in New York City for many years. After D.J. school (which I will go into shortly), l committed to enrolling in a fashion merchandising program as a full-time student (which I am currently in now) to ensure that we are a well-rounded team. Our goal for the future is to create enough capital to enter into multiple metaverses and grow our brand from the inside out, capitalizing off of NTFS and creating both physical and digital merchandise.

In early 2020, when my business partner and I were developing Heir Creative Agency, I decided that it was the perfect time to learn how to D.J. People who know me would tell you that I will go all-in if I commit to an idea. So when I decided to learn how to D.J., I did so, intending to make it a career. I began a sixth-month intensive D.J. course where I took 24 classes learning everything from music theory to social media marketing. I spent countless hours practicing the fundamentals of DJing and music production, and as soon as I got a handle on the craft, I started to live stream on Reddit.

At first, I had maybe 20 strangers that watched me. I received encouragement and had people critique me, which I appreciated. I started to perform online more regularly, and my views grew slowly but surely. Since I’ve started streaming eight months ago, I’ve amassed over a million views and counting. Reddit allows me to develop a global fanbase, which I need to be a touring D.J. I have also released five mixtapes in the last few months allowing me to display my range within the vast genre of House and Techno music.

Alright, so let’s dig a little deeper into the story – has it been an easy path overall and if not, what were the challenges you’ve had to overcome?
I haven’t shared this with anyone, let alone put this in writing, but I value transparency, especially when speaking about my journey thus far. My biggest obstacle has been the expectations I put on others. I had somewhat of a presumptuous expectation that people I knew in the industry would believe in me the way I felt in me. I thought that I would get the same support that I was putting out. The lack of support genuinely hurt, but when I sat back, I could only be disappointed in myself because no one owes me anything. It was a sense of entitlement that I felt, which I never saw in myself. Looking back, people wanted to see the consistency and dedication before co-signing someone. I have learned that carving out my destiny provides me the freedom and confidence to reach the next level, knowing that I fully earned my place.

Another obstacle that my business partner and I have come up against is that our vast work experience in our respective fields lacks a solid portfolio and credits. The bulk of my experience in “production” happened when I was in the military. I couldn’t build a website or post classified projects on social media wasn’t option. If someone doesn’t have extensive experience working with the military, it’s hard to understand the capacity that I can operate at. Although, as far as my business partner, she had created two successful businesses, she opted to stay out of the limelight when it came to publicly getting her credits. It’s not the end of the world, though, and everything is a learning experience; we now document our work and refuse to go uncredited.

Lastly, utilizing our talents and resources in the house to build our brand is the route we will take in 2022. The time we spent creating pitch decks and giving out our ideas in hopes that a collaboration would blossom was largely futile. We put in so much time and energy collaborating with other businesses to help build their brands that we forgot that we really should have been doing that for ourselves. Instead, 2022 is all about building up ourselves and utilizing our in-house resources.

Thanks – so what else should our readers know about your work and what you’re currently focused on?
I am known for following through on my goals, even if the journey isn’t quite as expected, which is also what I’m most proud of. What sets me apart from others is my story and my level of transparency which hopefully makes me relatable. I’ve lived so many lives within a short period. I’ve been to war, lived in different countries, led hundreds of people, and decided that making a career out of being a creative was what I wanted and made it happen.

What matters most to you?
I decided to focus on the house and techno genre for many reasons, the major one being that I love the fans. I have never been to a house music event, and it is anything but amazing vibes. House music fans leave their egos at the door, and all people want to do is have a good time. Second I love that House music is black history. It was created in the Chicago club scene by black men, and I would like to see a reemergence of people of color dominating that space again. Third, other than becoming a touring DJ, my goal is to inspire other black DJs and strengthen the community as a whole. The impact of having someone who looks like you doing something that you could only dream about is something that many people get to take for granted. I need to see more of myself, and I feel responsible for representing black women in the EDM scene even early in my career.

In addition to building my brand, it is equally important that I remain mentally strong. Seeking therapy through this process has enabled me to move past mental roadblocks. Building a business while being a full-time student and making a name for myself leaves little room for free time, but I have to prioritize myself at the moment. Sometimes, it feels selfish, but it will be 100 percent worth the sacrifices when looking at the big picture. It is essential to carve out time, even if it’s a dinner once every two weeks with loved ones. Going to shows and being in the audience keeps me motivated and inspired. 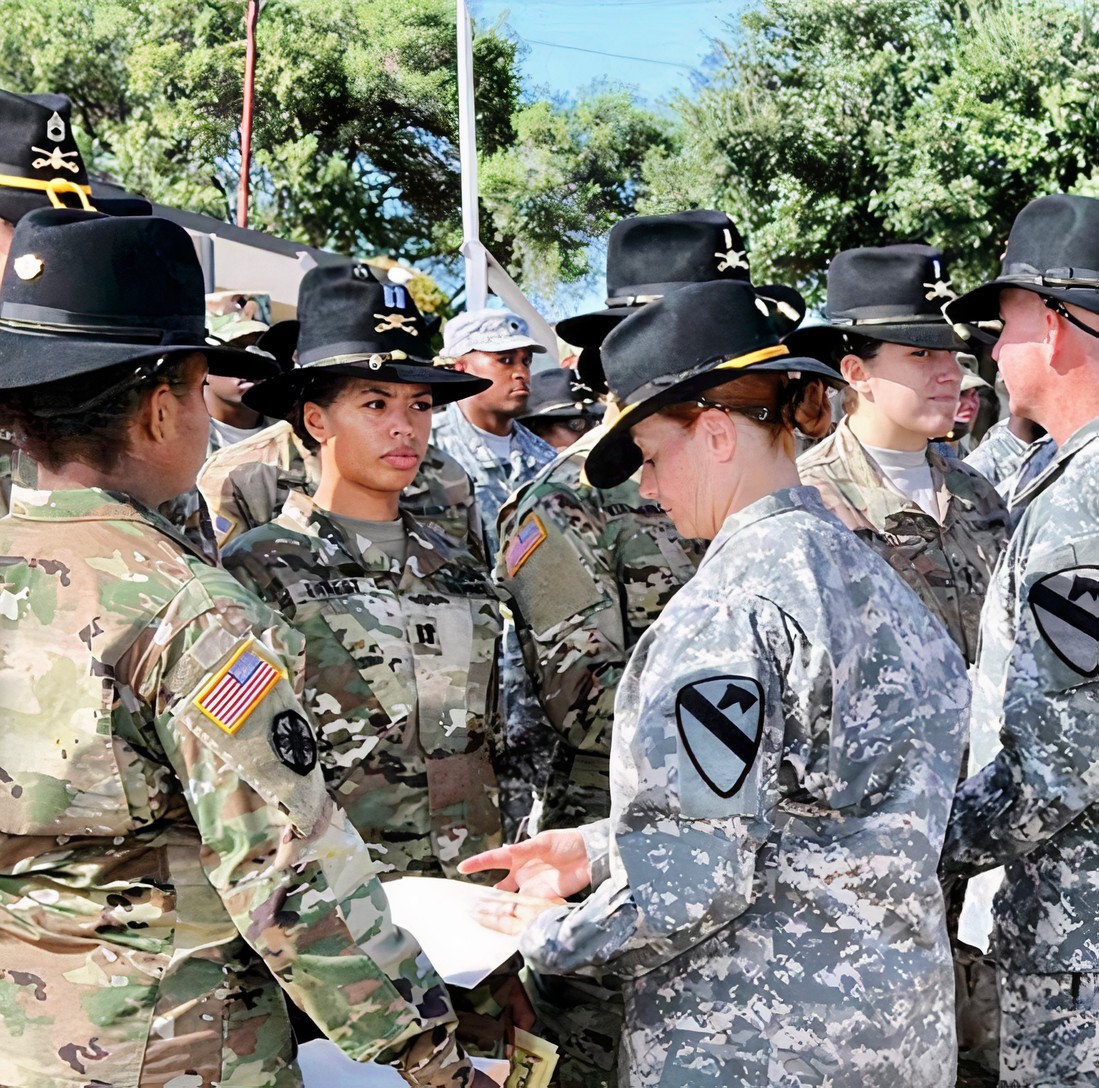 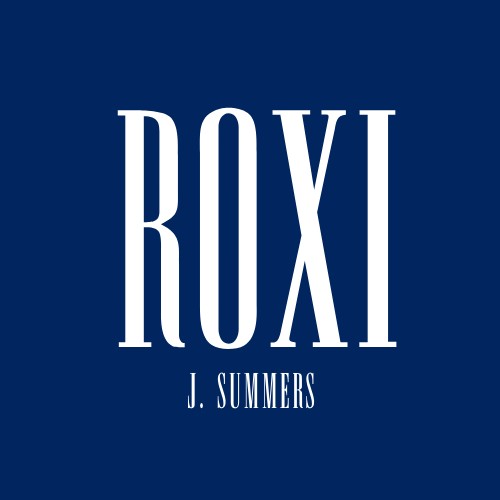 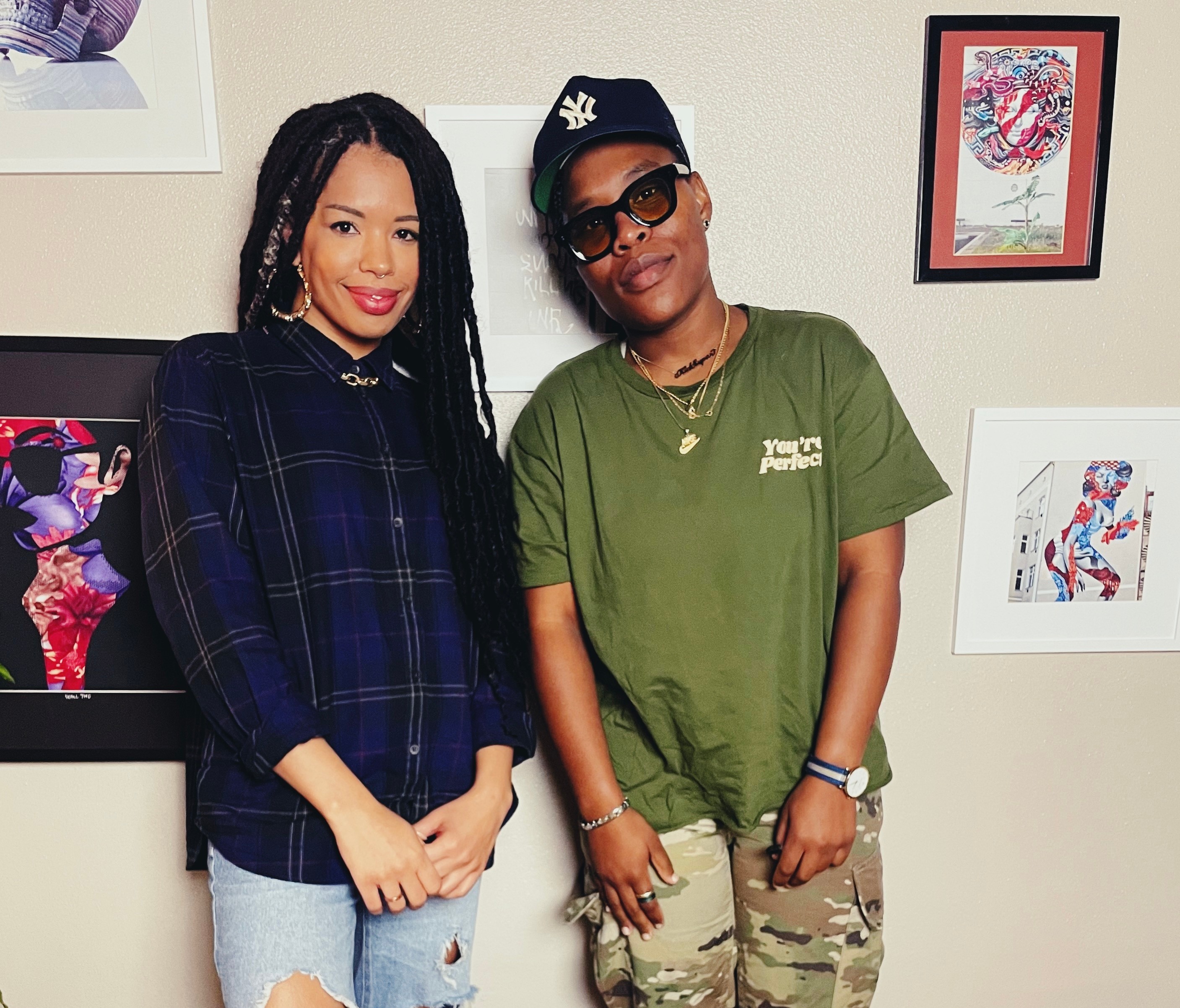 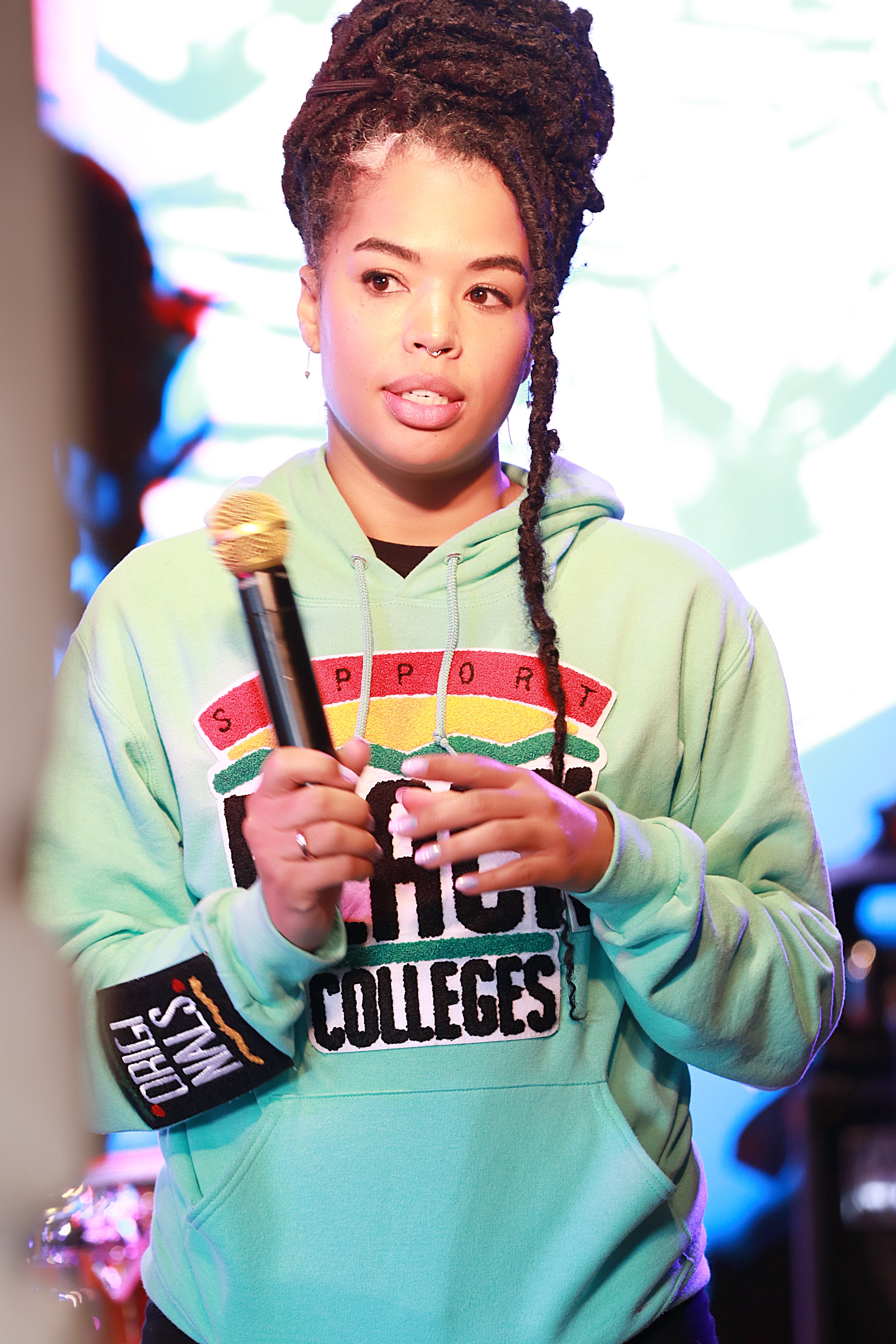