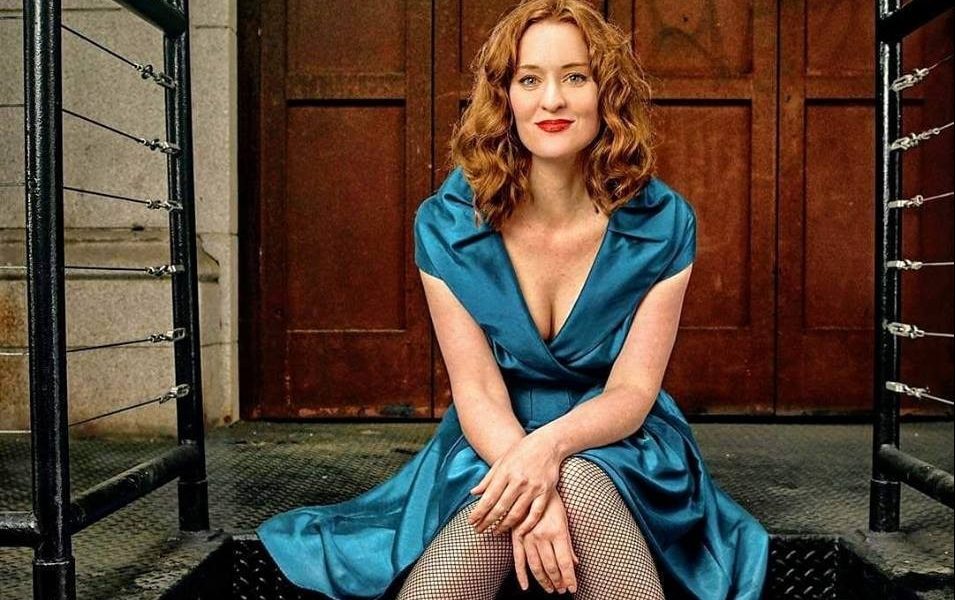 Today we’d like to introduce you to Robyne Parrish. Them and their team share their story with us below:

Ms. Parrish was accepted into and participated in several prestigious arts programs throughout her early education including the Tri-District Arts Consortium in SC and the SC Govenors School of the Arts. She was also awarded Superior in Acting from the South Eastern Theatre Conference.

She began her professional actor’s training at the University of North Carolina School of the Arts (UNCSA) where she received her Bachelor of Fine Arts Degree in Drama. UNCSA is ranked one of the top acting conservatories in the world. Ms. Parrish received extensive classical training including voice and speech work with an emphasis on alignment, mask and movement, both the Meisner and Stanislovski Techniques, and Shakespeare. She has been trained by some of the world’s greatest teachers, including renowned director Gerald Freedman, Cigdem Onat, Bob Fransisconi, Mary Irwin and Broadway dance legend Molly Murray. While at school, Ms. Parrish played The Bakers Wife in “Into the Woods”, Beatrice in “The Effect of Gamma Rays on Man in the Moon Marigolds” and Natasha in “Rough Crossing”. After graduating, she returned to NC as a guest artist to play the role of Angharad in the musical version of the novel “How Green Was My Valley” entitled “A Time for Singing”, written by Gerald Freedman and John Morris.

After University, Ms. Parrish moved to NYC and spent many years working Off-Broadway, Regionally and in National Tours. Ms. Parrish had the great fortune of studying with Patsy Rodenburg and Ian McKellen at the Royal National Theatre in London. In 2004, Parrish founded Sonnet Repertory Theatre in NYC.

Later, Parrish was a Graduate Fellow Candidate for three years at Point Park University in the MFA in Theatre Performance and Pedagogy Program. In addition, Ms. Parrish completed an MA degree in Psychology. In 2012, Parrish took the position of Artistic Director of the Gilbert Theatre in Fayetteville NC where she remained for five seasons.

Now a full-time Actor/Director/Producer/Coach based in NYC, Parrish continues her personal study at Russian Arts Theatre NYC, Double Edge Theatre in MA and Stanislavsky Active Analysis with Cotter Smith. As an educator, Parrish teaches online theatre arts classes at the collegiate level and is Head Coach at Parrish and Co., NYC, where she specializes in Private Coaching, Scene Study and Monologue Matchmaking for the actor. **Member of the National Alliance of Acting Teachers, AEA and SAG-AFTRA

Most recently: An episode of GOSSIP GIRL, HBO MAX, the new play When We Fall with the Pittsburgh Public Theatre, the new musical Close, But Not Too Close with PROJECTY NYC, available to stream now, appeared in the rolling world premiere of BD Wong’s The 3 Karen’s with Weathervane Theatre and OOTB NYC and as Elmire in Tartuffe with the Pittsburgh Public Theatres Playtime. In 2019/2020: The Giant Hoax Off Broadway with Indieworks at Theatre Row and Off Broadway at the Chain the WP of Chasing the River.

Off Broadway: York Theatre, The Mint, Musicals Tonight!, Sonnet Rep and the NY Music Festival. Regional: The Arden, Virginia Stage, the Pittsburgh CLO, Theatre Raleigh, PMT, NJ Rep, Sierra Rep and the Public Theatre of Maine. An Addy award-winning commercial actress; best actress in the short film Vulnerability (which she co-wrote and produced) at PCIFF and starred opposite Richard Kind and Steve Guttenburg in the feature, Help Me, Help You. Nominated Best Supporting Actress at the NYFTV Festival for the new series Into Gray. Currently producing/acting/writing/directing in multiple indie/short films/webseries in the NYC indie community (including the award-winning Peri-Street).

I’m sure you wouldn’t say it’s been obstacle free, but so far would you say the journey have been a fairly smooth road?
Oddly, Covid allowed me to build my private company, Parrish and Co. I coach and teach acting virtually now on a regular basis. I found that during the shutdown, many artists were looking for creative outlet to keep momentum going. My services provided just that. I am a multi-hyphenate, and accepting that has probably been the most challenging for me throughout my career. In the past, my desire to dip my toes in many things has overwhelmed me. Once I accepted myself as a whole artist, I became free to explore all of the creative outlets that inspire me. I write, direct, produce, teach and act and all of these jobs dance together in a beautiful way.

As you know, we’re big fans of you and your work. For our readers who might not be as familiar what can you tell them about what you do?
I specialize in Monologue Matchmaking, Scene Acquisition, Acting Class for Theatre Virtual and in Person and Business/Audition Coaching for the actor. I also direct regionally for the stage. I write for TV and FILM and produce independently across the board. I am most proud of my current project PERI STREET the Serio-comedic series, which explores women of a certain age dealing with peri and menopause. I write, produce and act in this series with a band of some pretty incredible women.

I also just shot two days of a short film I wrote called WHAT IF I WERE YOU. It is the story of two octogenarian women in NYC who are still pounding the pavement together after decades in the biz. Lastly, I was just awarded a grant through NYFA and CITY ARTIST CORPS to present my play STILL, BIRTH. – a play about pregnancy loss – for a short run at the Chain Theatre off b way in Midtown Manhattan. This story explores pregnancy loss, late-term abortion and the like.

I am thrilled to be telling stories about women and the struggles that they experience and overcome.

It just sorts of happened and now I see my passion is telling such stories.

We’d love to hear about any fond memories you have from when you were growing up?
The first thing that pops into my mind is my dog. I love animals. Memories of playing with my dog as a child are some of the best. She was a golden retriever named Lisa. 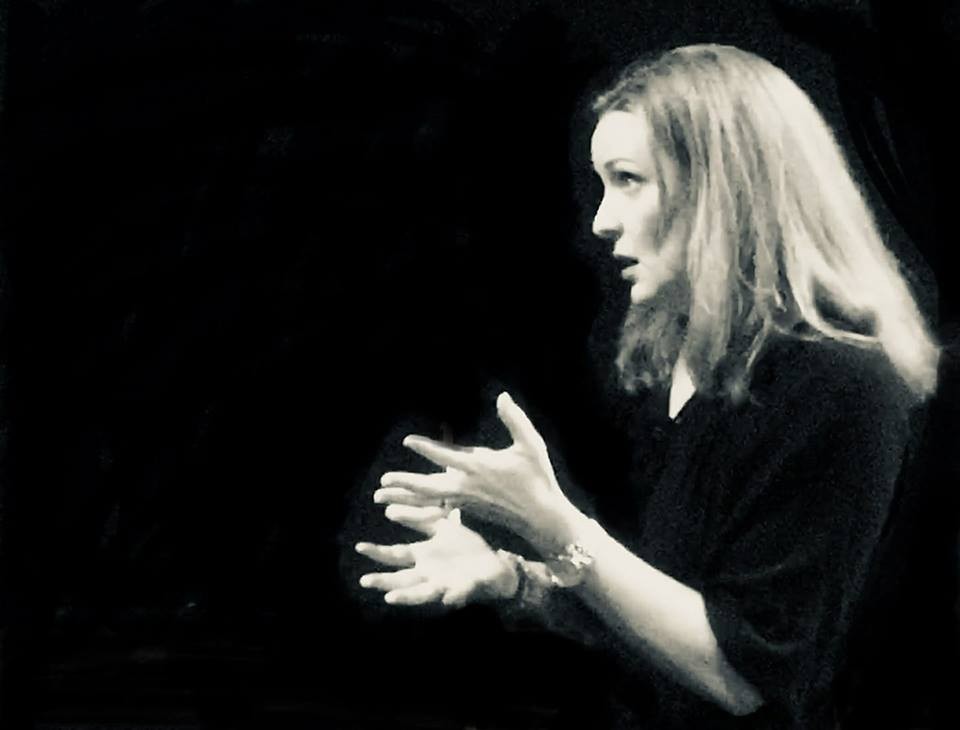 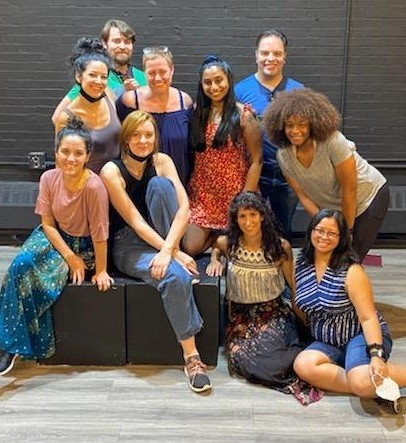 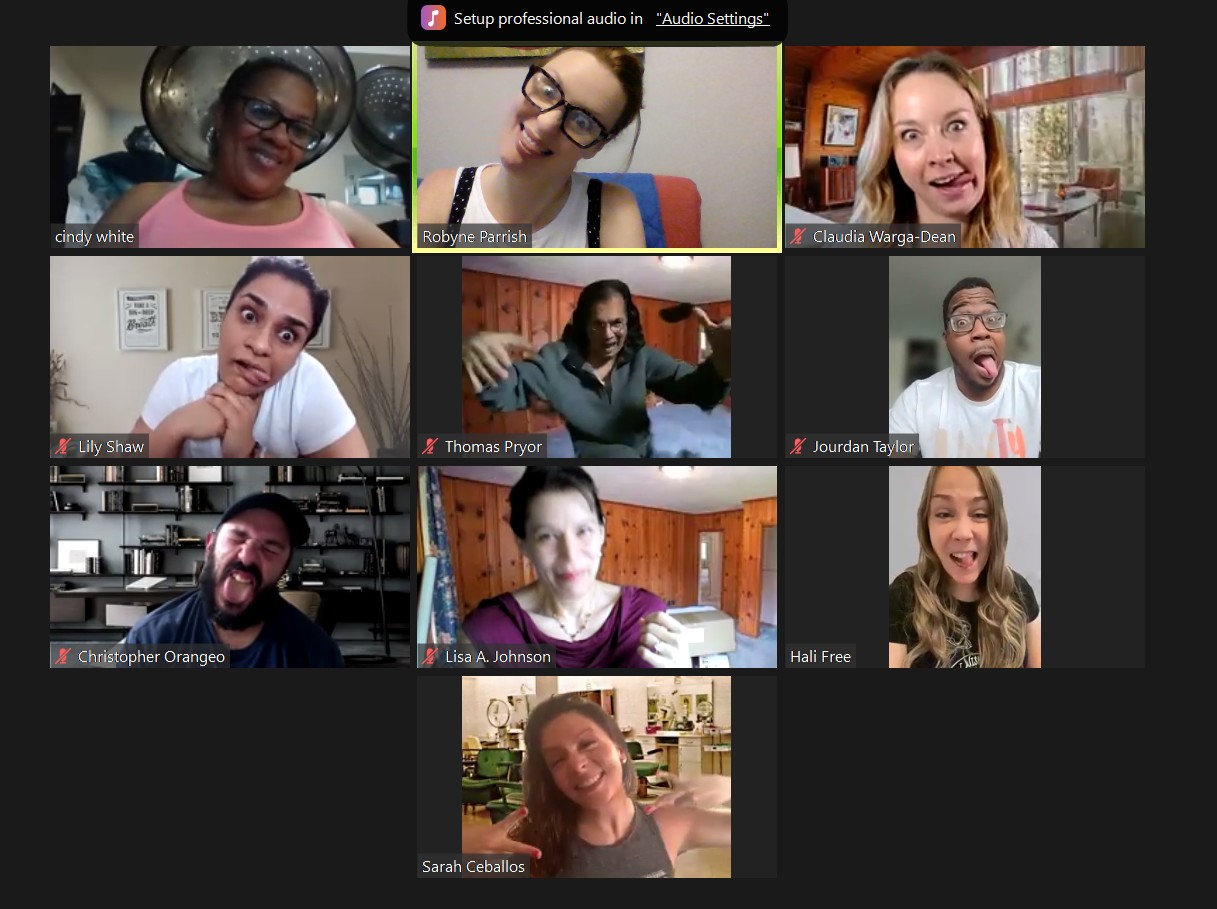 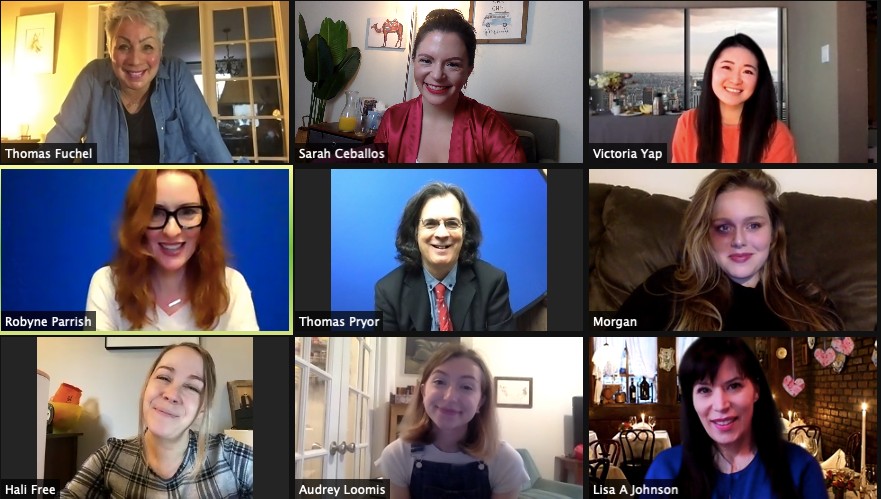 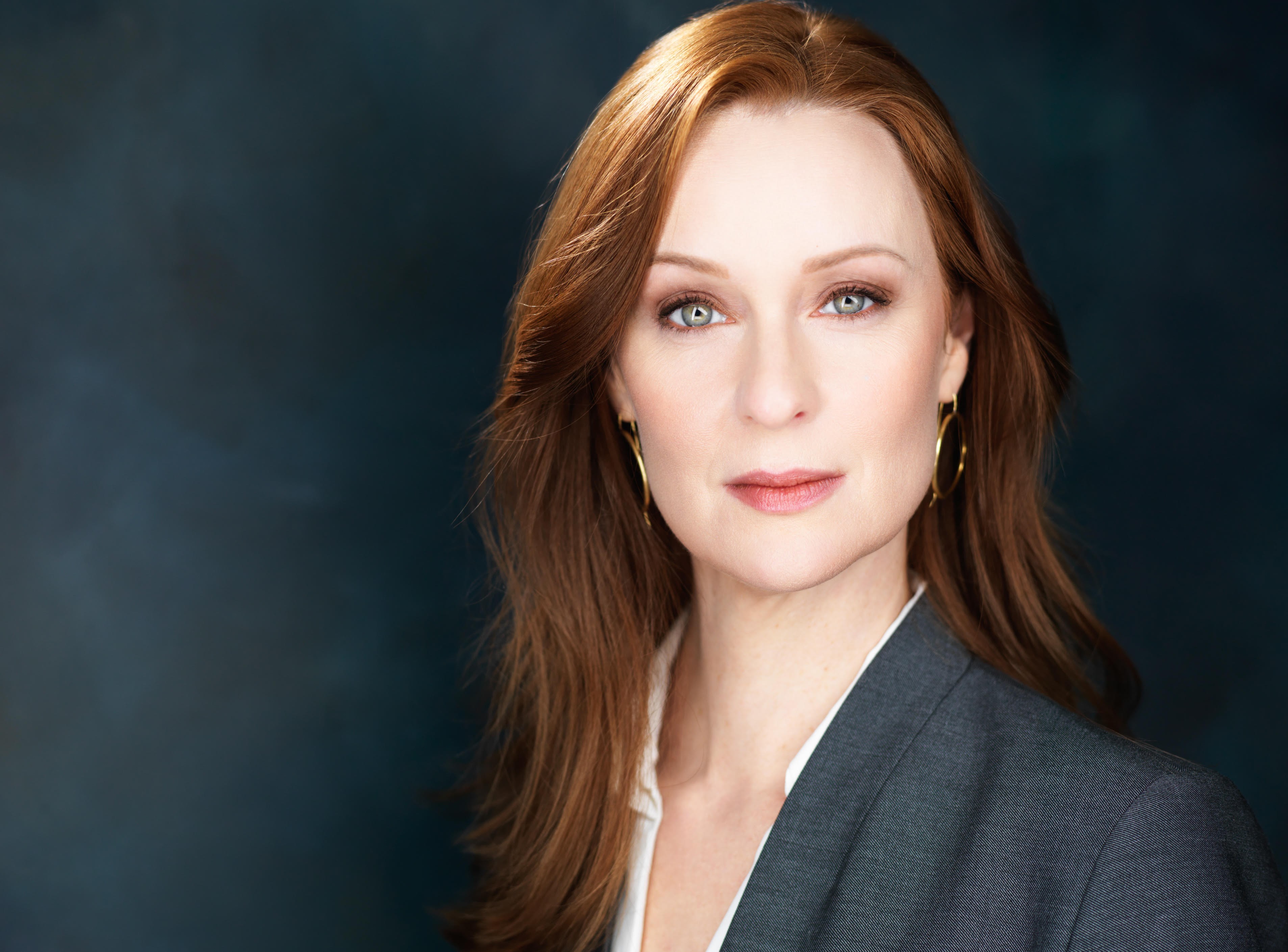 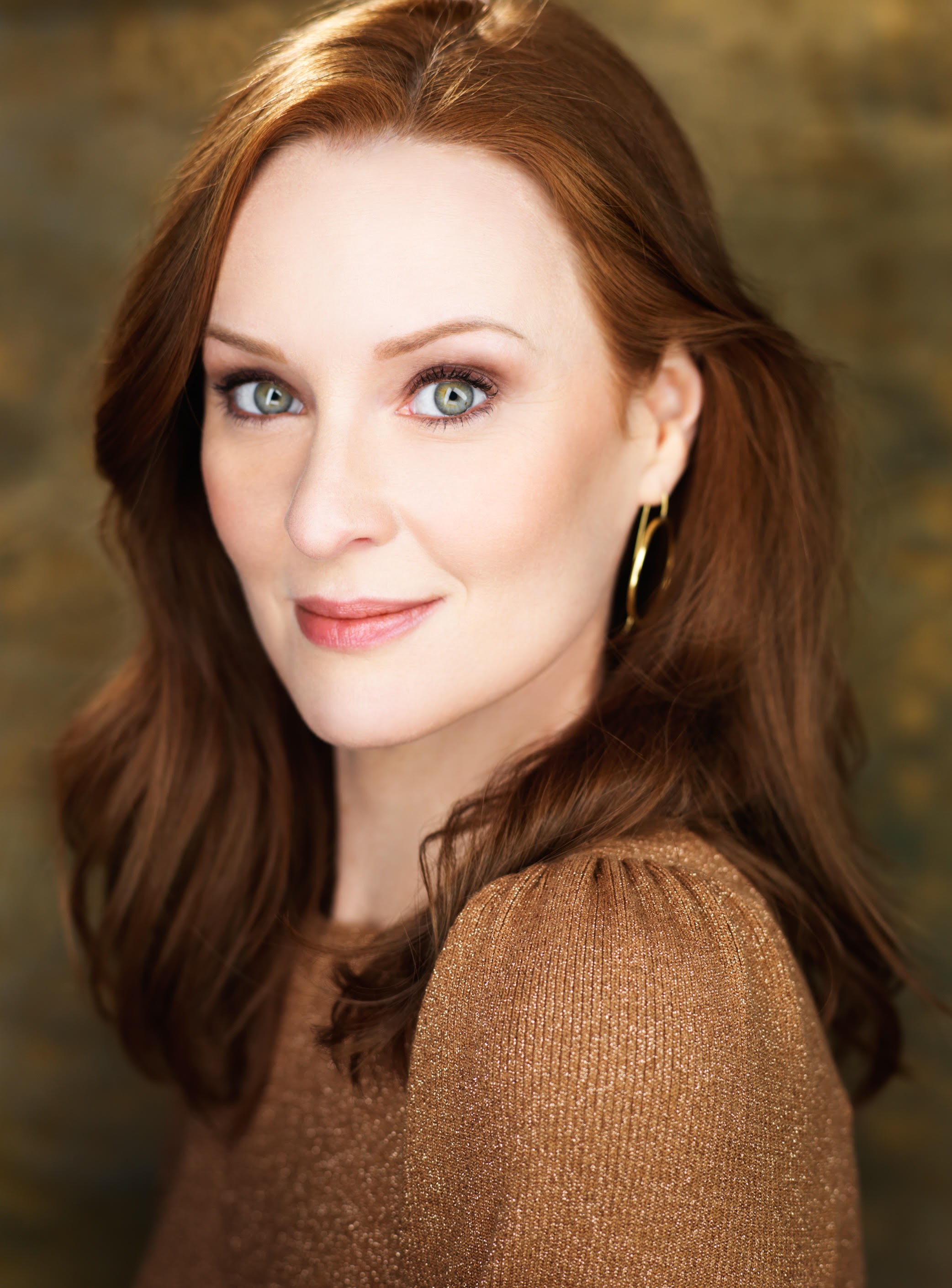 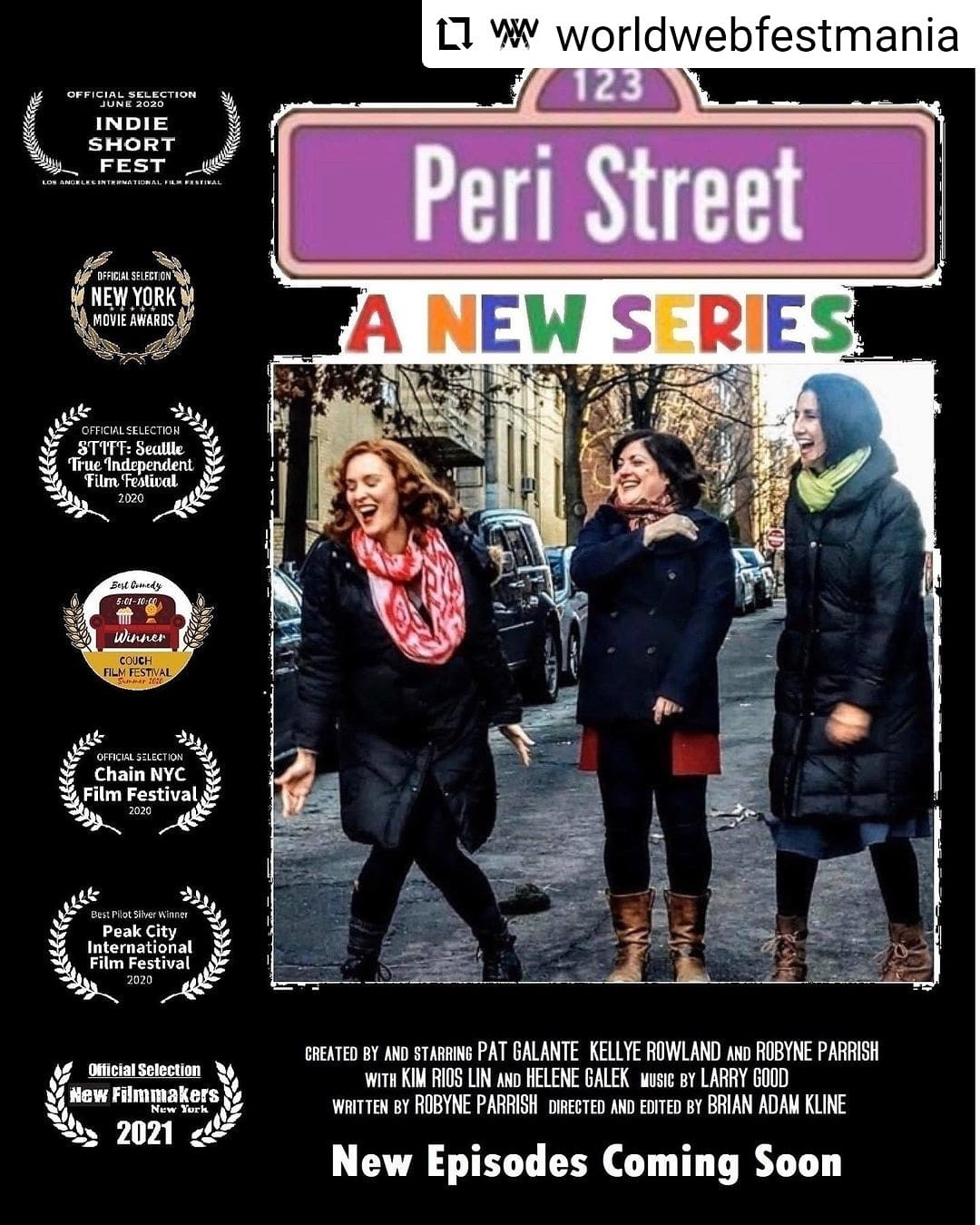 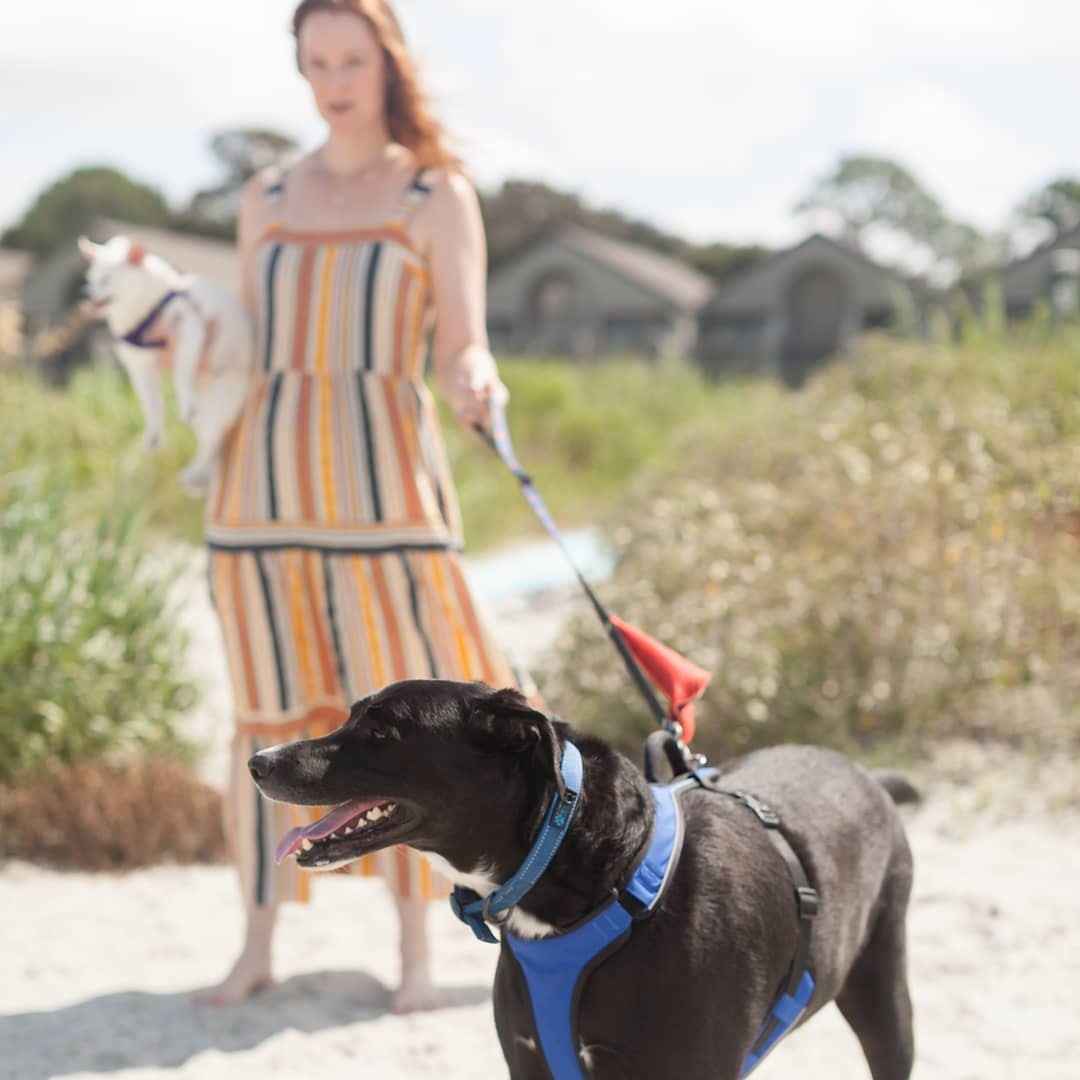 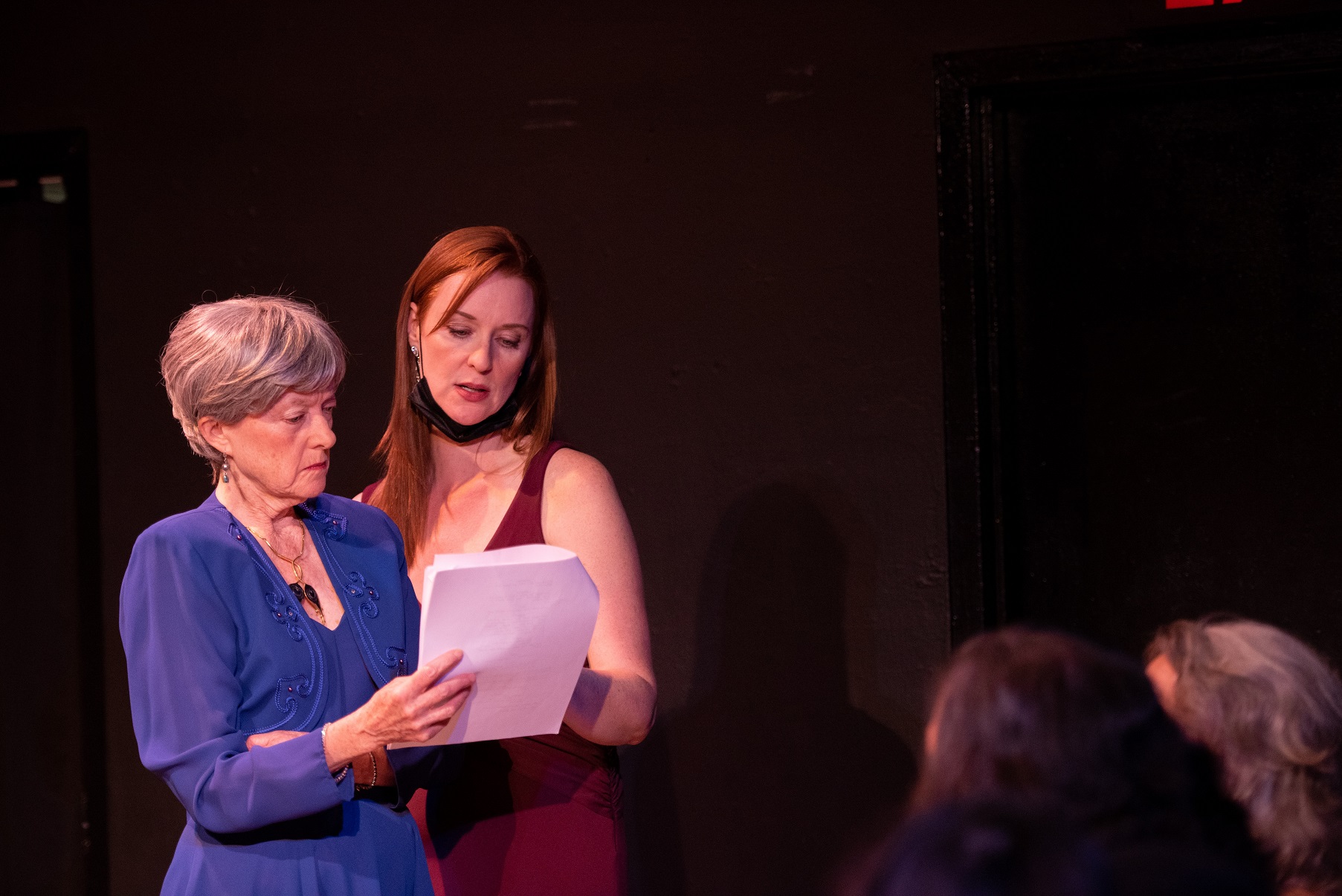 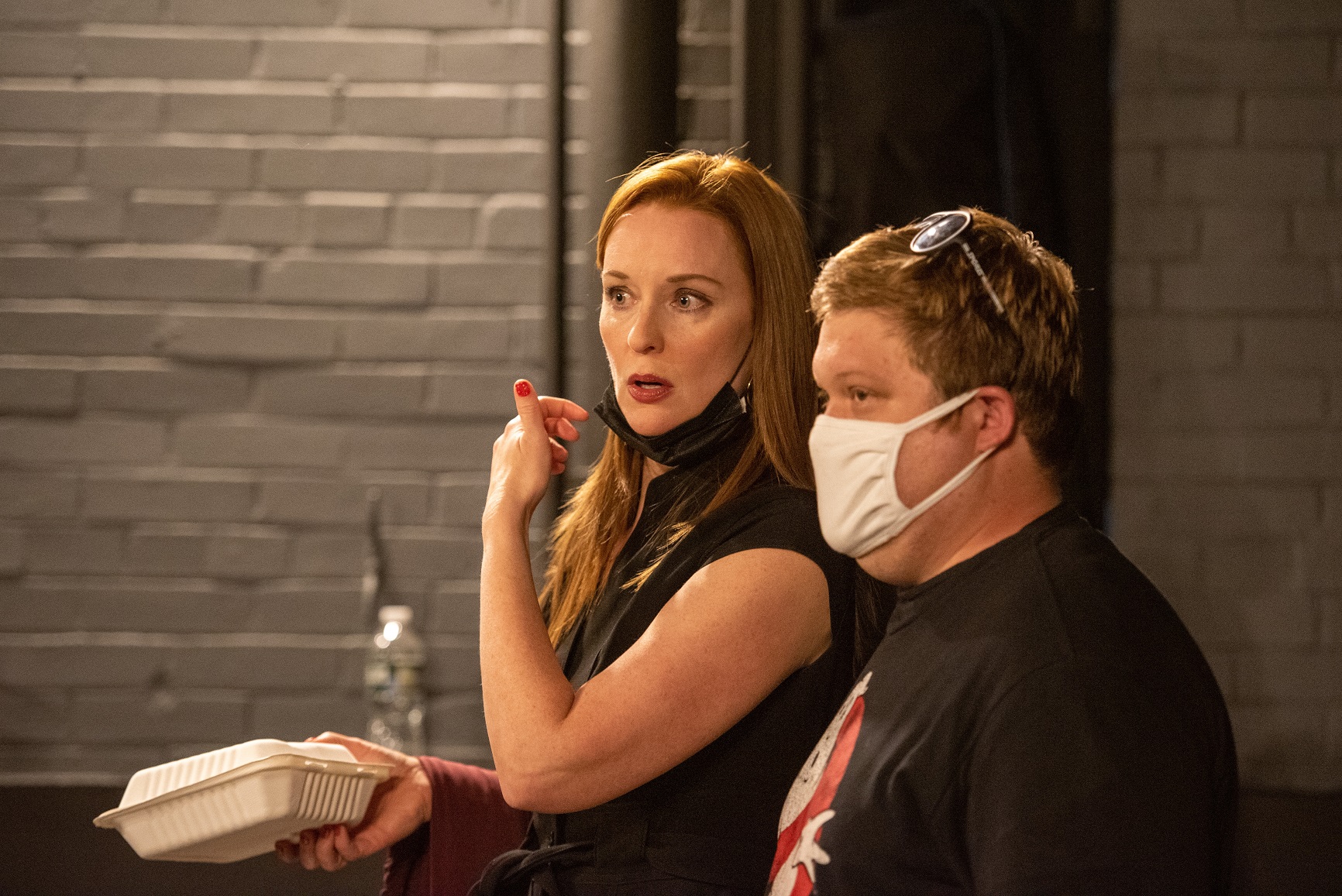 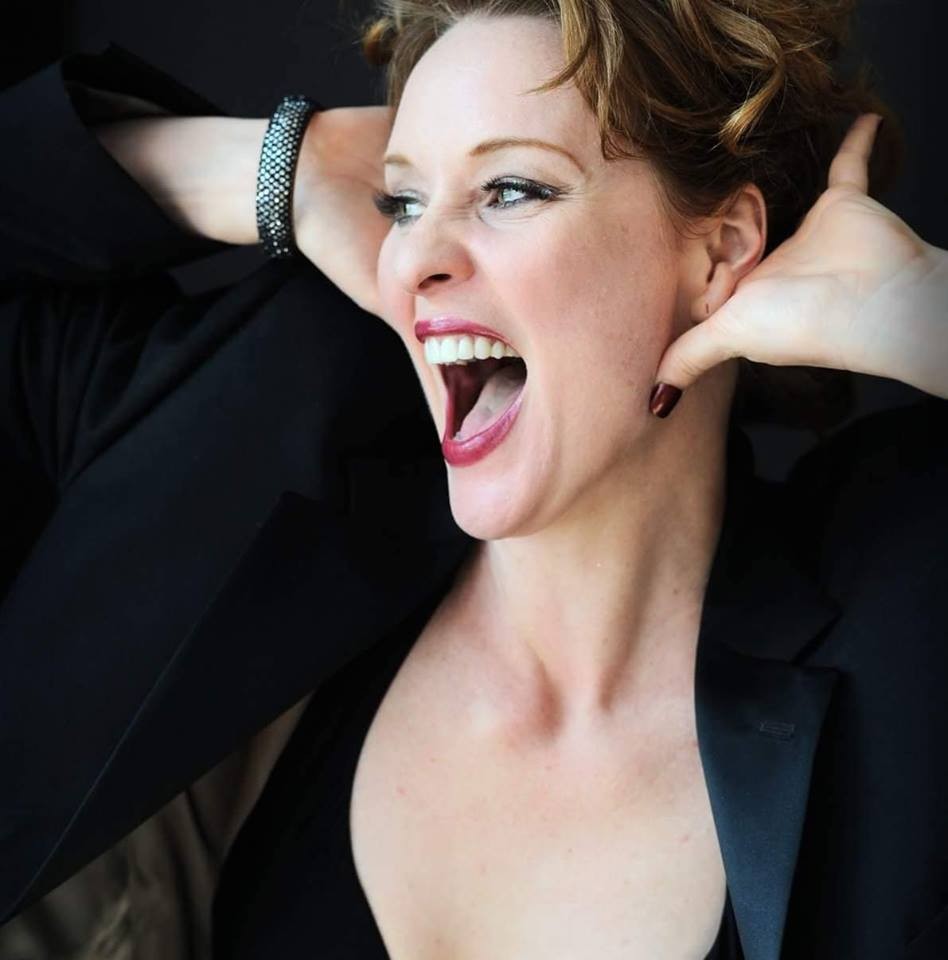