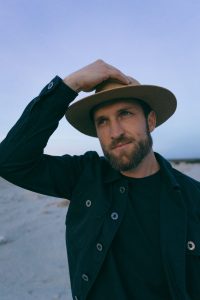 Today we’d like to introduce you to Reed Lawrence.

Reed, we appreciate you taking the time to share your story with us today. Where does your story begin?
I’m not sure how to begin describing my story without going back to the beginning because all of the pieces appear to fit together like a puzzle.

I was born in Forest Grove, Oregon, 30 minutes west of Portland in a birthing cabin. My mother and I returned to central Oregon, and I continued to grow wild and free. Around the age of ten, I began skateboarding, which would become one of the most important escapes and influences in my life.

My hometown was a rough-and-tumble place. A rancher town that forced kids to constantly prove their worth in order to blend in. It was the kind of place where a fight broke out every day at school. Fearless children, whether they are born with it or not. My pals and I were all skateboarders, which set us apart from the rest of the crowd. Nirvana, Rage Against the Machine, Millencolin, Strung Out were just a few of our favorite bands at the time.

In a small town like ours, we had too much free time to get into mischief, and our imaginations often got the better of us. We were the outsiders and outcasts. We spent our time smoking weed and watching skate videos. We went to parties we shouldn’t have been at with our friends’ older siblings and grew up quickly. Kind of like the Smashing Pumpkins 1979 music video. Flannel shirts smelling of smoke, Stone Temple Pilots playing on the radio.

The majority of my nights were spent wandering the streets looking for skate spots and filming whatever I saw. Skipping school, driving to skate competitions, sleeping in our car, and living the fast life on fast food were all part of our daily routine. We produced a slew of skate videos and sent them to all of the major companies. A few sponsorships were achieved, and a few clips were aired on 411, a well-known skate video magazine. I could use the camera to get out of or around pretty much any scenario. Whatever the situation, it was like having a press pass.

My family was quite musical, and I was always surrounded by individuals who were playing. My uncle is a songwriter, and he encouraged me to learn to play and write music. I spent my childhood sitting at the piano next to my mother, listening to her play for hours. My grandfather was a violin maker as well as a conductor with the Portland Symphony Orchestra. In the early 1900s, my grandmother’s older brother performed live piano in movie theaters, and in the 1920s, my third cousin Elmer created the song Elmer’s Tune and sold it while inebriated at a piano bar in Chicago. My grandmother could also play by ear and was a natural pianist. She was the one who ultimately encouraged me to take guitar lessons and continue to pursue a life of music. My stepfather also exposed me to a wide range of music, which influenced my desire to write and perform songs. My living room was packed with Buddy Guy, Muddy Waters, Otis Redding, Cat Stevens, and Neil Young records.

I immersed myself into music, learning to play the guitar and jamming out to my favorite records day and night. I’d forego hanging out with friends and going to parties in order to practice my guitar. My guitar instructor was so taken with my ability to hear and learn by ear that he hired me to teach at his studio. I joined a jazz group in college and was so terrible at sight-reading music that I mostly faked it and relied on my ear to figure out what chord or note was coming next.

Every Thursday night, I visited a neighborhood pub and began practicing my blues chops with veteran blues performers. I recall riding my bike to the nearby outdoor amphitheater and sitting on the stage, listening to live records and visualizing myself performing there. I eventually got to open for Sheryl Crow on that stage.

I worked at a friend’s production company, where I had recorded a lot of music and created my own videos and songs using on-site equipment. While working on a project for the production company, a producer from Los Angeles heard one of my tracks. He contacted me, and we ended up working together and recording an album in Los Angeles with musicians and artists who I had grown up listening to. It felt like I had made it when I crashed on a few of their couches. We got a booking agency deal, and after meeting my half-brother for the first time, he joined my band and we began touring together. We shared venues with Brandi Carlile, Jonny Lang, Brett Dennen, John Butler Trio and others.

After several years of touring, I realized how much I enjoyed writing music. In Nashville, I met a producer and composer who was launching a new publishing company. He flew me out to write and record multiple times, and we produced an album of songs to pitch to other publishing companies. I was drawn in by Nashville and chose to relocate there. I began bartending at a local music industry hangout, where I met numerous chart-topping singers/songwriters. I became acquainted with several of them. I performed at every songwriter night I could find, including the Bluebird. Over the course of four years, I attracted the attention of a local song plugger, who helped me pitch countless songs. My partner at the time was unable to pursue her acting career and made numerous sacrifices in order for me to achieve my passion. We decided to return to LA after four years of pounding the pavement. My passion for songwriting led me to Nashville, but love led me back to Los Angeles.

Back in LA, I was having trouble finding stable work in the music industry. Our next-door neighbor had me edit a video for her, and she introduced me to her sister, who worked as a reality TV editor. With little experience, I found myself working on the show she was working on. At this point in my life, I was always burning the midnight oil to overcome technical obstacles. Other editing projects followed, finally introducing me to the world of Netflix feature films and documentaries. I then began merging my sound design and mixing skills with my editing abilities.

During the pandemic a spiritual experience brought me closer to things I had lost during my journey to where I am now. On the rim of a trail in Coldwater Canyon, a man approached me, barefoot and shirtless. He shared some of the spiritual beliefs from his culture and explained that he was barefoot to connect to the earth’s energy and that humans have become disconnected as a result of wearing shoes and moving further away from Nature. I was captivated what he was saying. After he left, I took my shoes off and began hiking barefoot every day. This simple act of putting my bare feet on the earth has brought clarity back into my life that’s been missing for years. It’s like I was brought back into my body or I woke up from a dream.

These events have inspired me to work more in and around nature. To be outside and use my skills and abilities to help others and live a more purposeful driven life. I don’t think we ever arrive at our destination, but rather awake on the road we have been traveling on and start to look around. I’m very thankful that I’ve been able to come full circle and find my way back to myself. I hope my story helps and inspires others.

Would you say it’s been a smooth road, and if not what are some of the biggest challenges you’ve faced along the way?
To say the least, the road was winding. My hometown was a place where people had restrictive views and were set in their ways. It was like being an outcast for kids who were different and had a creative approach to life. I thought I had a lot to say, but no one was interested in hearing it. At the age of 10, I discovered that my stepfather was not my actual father but rather my adopted father and that I had a biological father and four half-siblings who lived in Colorado. My parents also felt that my academic difficulties were due to a learning disability known as A.D.D., and that my biological father had it as well. Most of my childhood troubles and rebellion, I believe, arose from these discoveries.

Appreciate you sharing that. What else should we know about what you do?
​​I’m a songwriter, editor, sound designer, and mixer who works in the film and tv industry. My abilities with sound and music are my strengths. When someone has an audio issue, I immediately recognize what’s wrong and what has to be fixed. I believe I’ve always used audio to interpret my surroundings. Even though I edit for film and television, I base everything on audio and use it as a foundation that I believe distinguishes me from others. The majority of editors are not audiophiles. I wish I’d known about my abilities when I was younger since it would have made school and studying so much easier as I can never remember what I read but remember everything I hear.

Songwriting is my true passion and one of the most difficult professions to make a living at. Melody is another one of my musical strengths. I can always hear a melody on top of a chord progression. It’s as if it’s already there and I’m just bringing it into existence. Because lyrics are not my strong suit, I usually want to collaborate with folks who are. I am most pleased with how I see the world today. I’ve been chasing things in my life for the wrong reasons, and it’s only now that I’ve realized what matters most to me. Everything appears to be much simpler today as I can finally see things clearly for what they are instead of a mirage or illusion that I used to see. 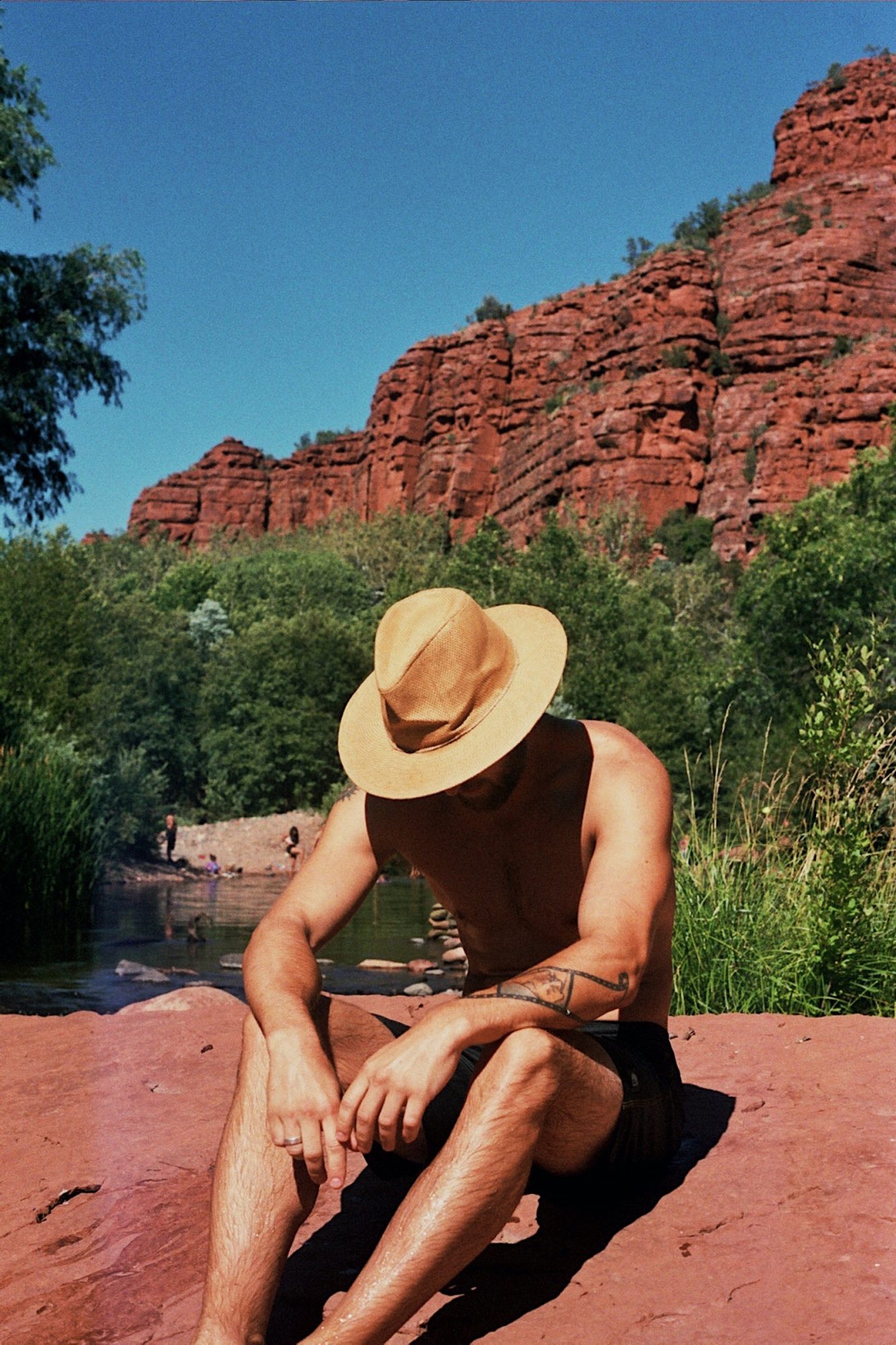 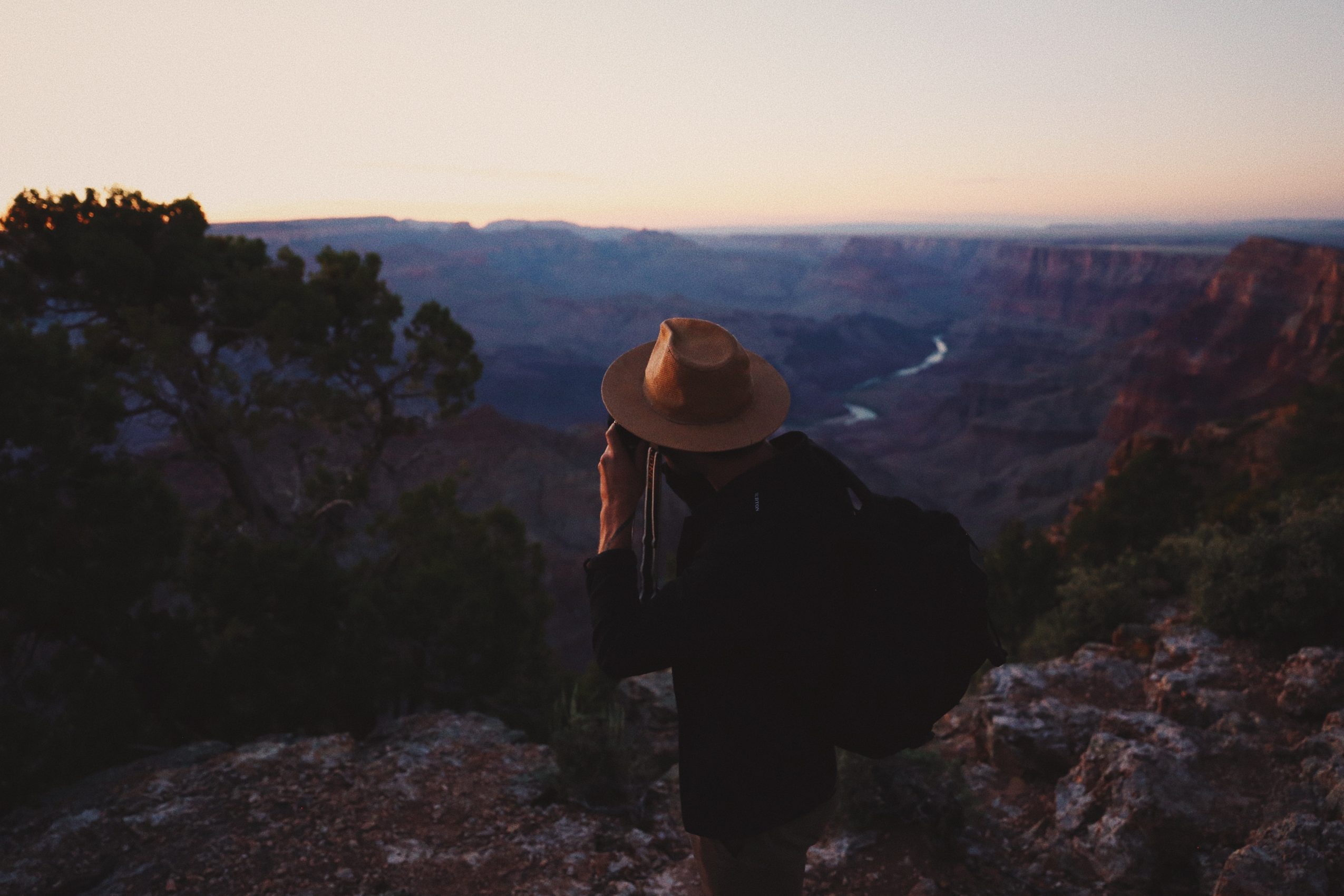 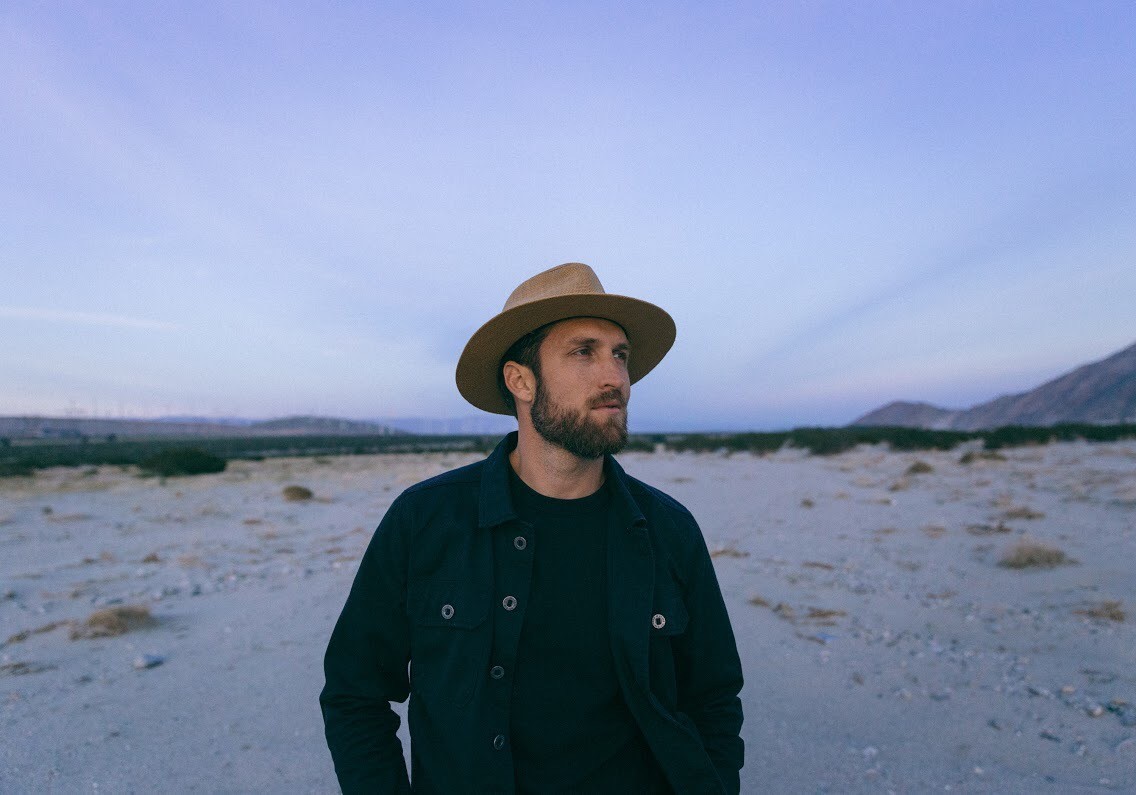 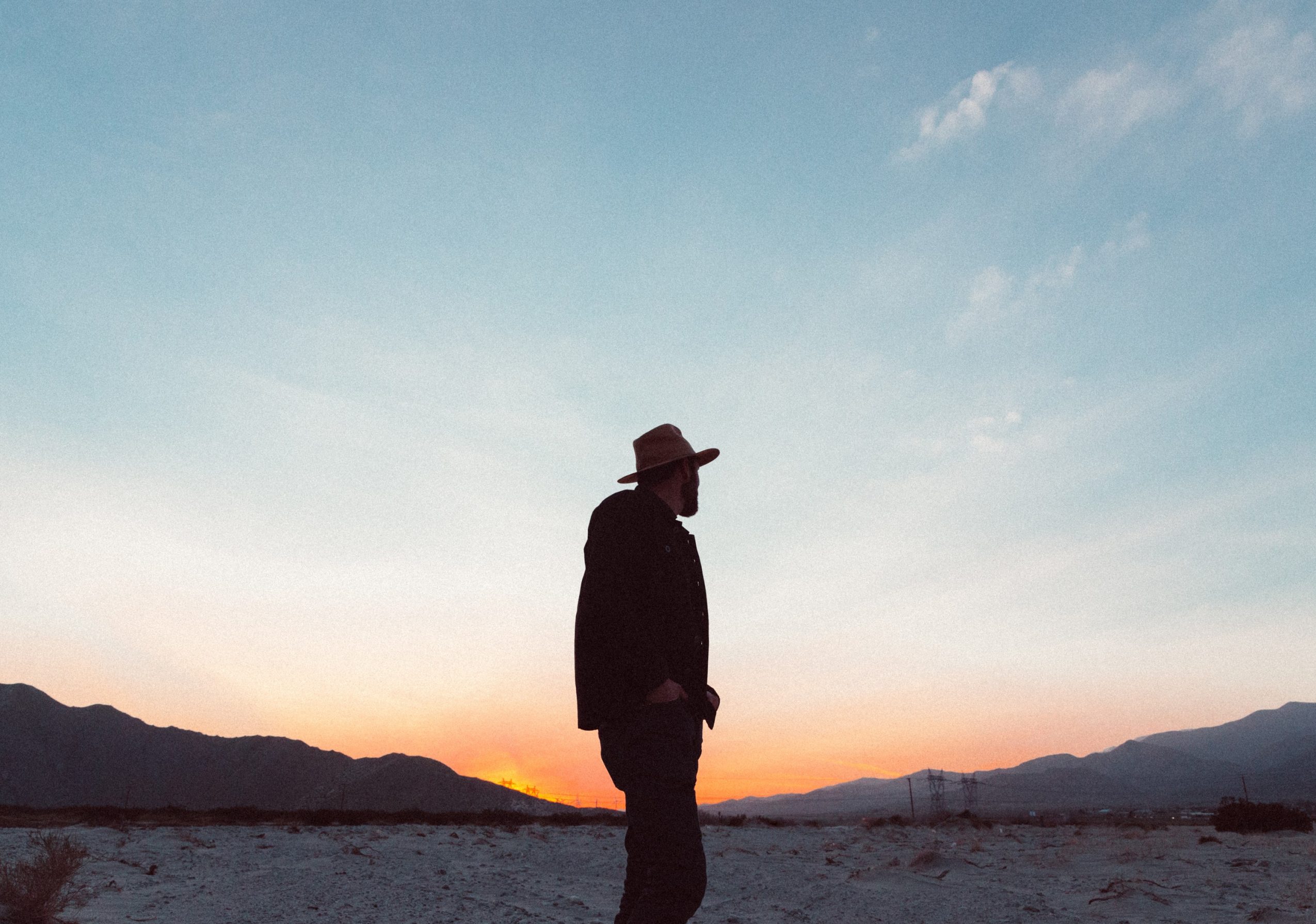 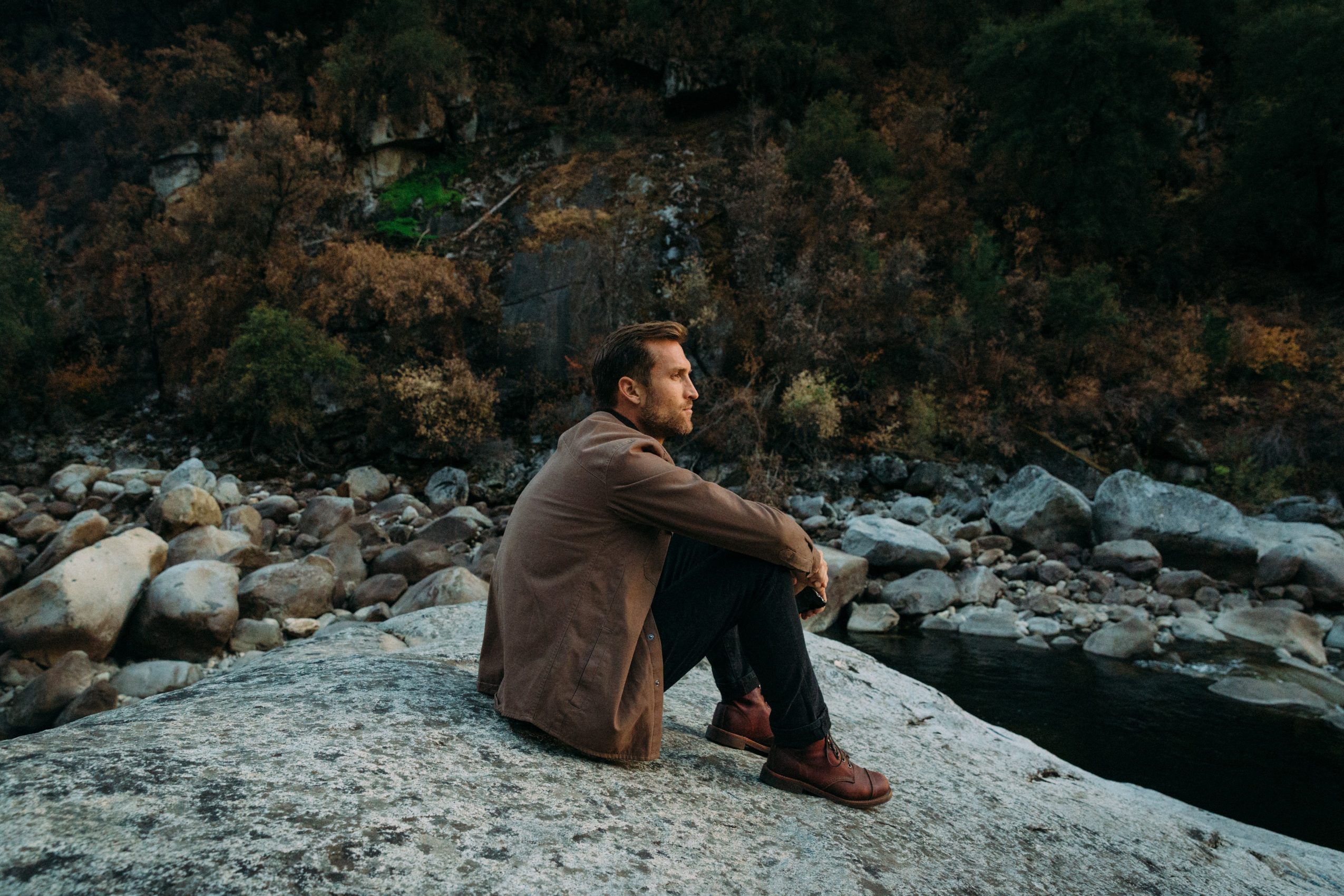 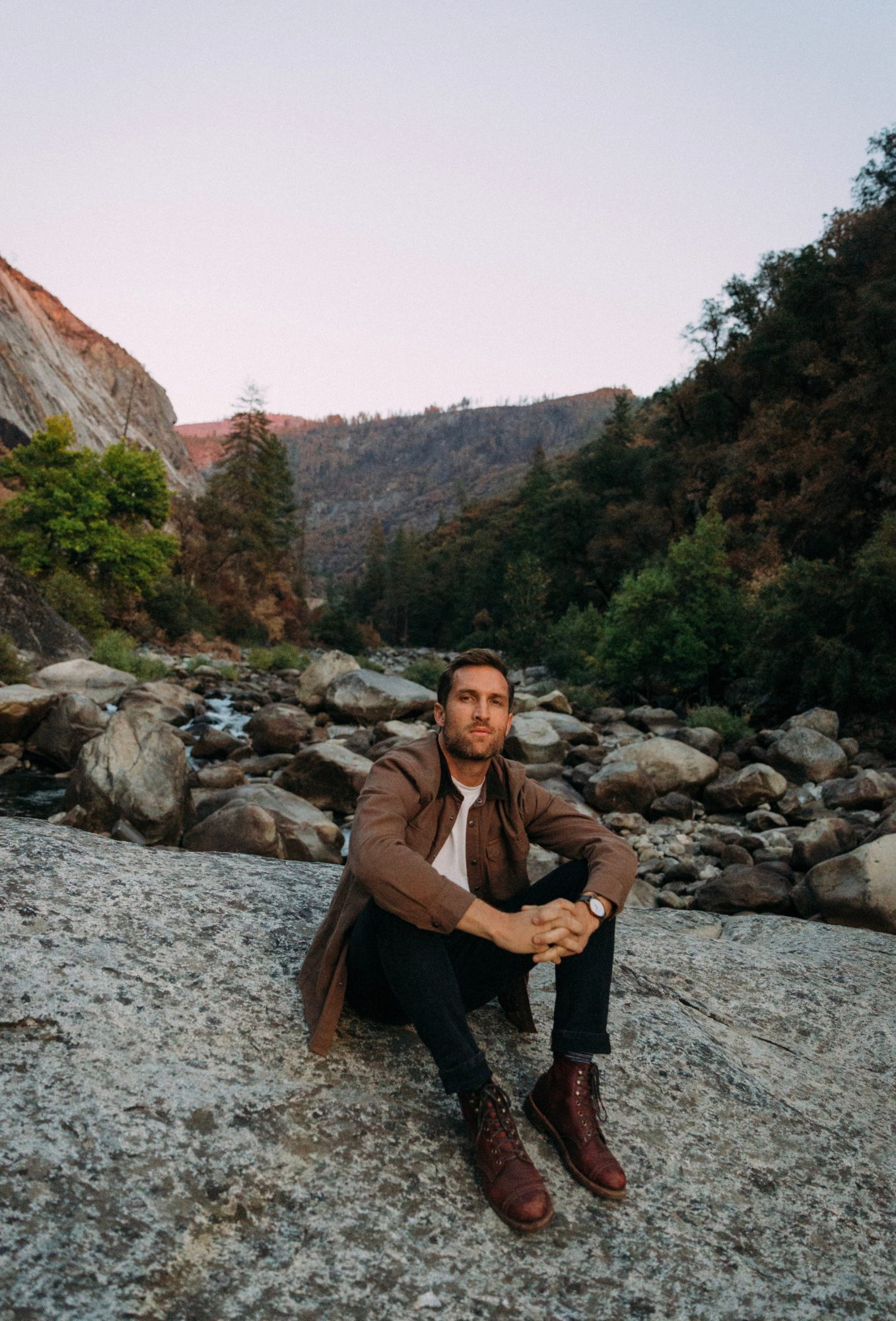