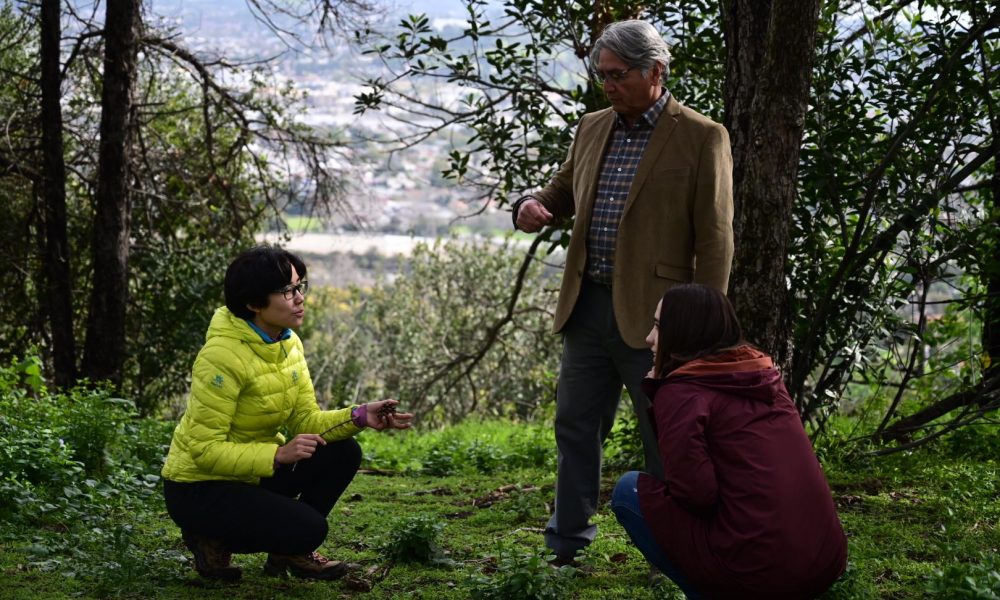 Today we’d like to introduce you to Paloma Lingwei Chen.

Hi Paloma Lingwei, so excited to have you on the platform. So before we get into questions about your work-life, maybe you can bring our readers up to speed on your story and how you got to where you are today?
I was fortunate to be born into a multicultural family in Beijing, China that was equally Spanish than it was Chinese. I developed dozens of hobbies and one of them, love for visual arts, turned into something more serious. I chose TV journalism as my major and soon started making short-form content with friends. They were majorly half-improvised, experimental work full of fun memories. However, up until my Junior year, I viewed filmmaking only as a fancy hobby.

In junior year, I was accepted into an exchange program at ChengChi University in Taipei and was introduced to the Hollywood way of filmmaking. While I still hesitated on pursuing it as a career, the seed was quietly planted. After graduation, I moved on to become a video journalist – For three years, I worked at Guangzhou Daily, one of the most popular newspapers in Southern China. The excitement came from traveling across the country and meeting new characters on a weekly basis. I kept honing my craft both as a cinematographer and editor as I dealt with diverse genres such as cuisine, pop culture, and personal profiles. In my spare time, I would sneak inside the limited film festivals available in the city and devour all the documentaries I could watch. One of the films had so much impact on me that I decided to become a vegetarian after watching it. As time passed, I grew tired of the fast-paced environment at the newspaper. I longed for stronger bonds with my characters and more complex stories. The voice of going to film school became louder over time until I couldn’t reject it anymore.

Without knowing much about fiction, I joined Chapman University to pursue an MFA in film directing. While I have never dealt with acting or thought about creativity as a concrete matter, being surrounded by dozens of students from different cultures and backgrounds with a similar passion for storytelling was eye-opening and encouraging. I had to learn to push for creativity, become a great communicator and make tons of decisions all the time. Nonetheless, the real challenge was always to overcome my own insecurities.

I’m still finding my voice and had to unlearn many of the habits I developed as a journalist in China. Finally, I made El Perfumista, a very personal film that explores a father’s struggle against his loss of sense of smell, and won the recognition of many prestigious film festivals both nationally and internationally. Currently, I work as a full-time director at a media company developing Chinese cuisine shows for American audiences. Outside that, I am fully invested in making my first feature documentary on the subject of international surrogacy.

Would you say it’s been a smooth road, and if not what are some of the biggest challenges you’ve faced along the way?
Not having grown up in America, sometimes I struggle to fit in or to prove my worth. While Los Angeles provides great resources and opportunities for filmmakers, it can also be hard to stand out. While I find it easy to discover underrepresented stories and commit to a project, it takes a lot more to convince others the same way. This profession is heavily based on what the audience wants and luck is always involved in how far a great film can go.

Besides that, it is always a struggle to live the lifestyle of an artist while maintaining some form of stability. It becomes impossible to take on a full-time job after a point. But without a job, the anxiety to secure the next income can be overwhelming. I once asked my professor how come since I started pursuing filmmaking, my level of stress only seems to have gone up? She answers, the stress will never go away, the difference is that you will learn to live with it.

With my current documentary project, it’s a constant struggle to gain access from the subjects due to the sensitive nature of the topic. I have been rejected four times by one subject until she was finally willing to talk to me. Documentarians are kind of intruders into people’s lives. We demand complete trust and ask for their time commitment, yet we rarely give anything back. We long for intimacy and get excited when conflicts happen. Balancing between the two roles – As a friend of the subject and as the objective observer can be challenging, but that is also what makes documentary filmmaking unpredictable and dynamic.

Thanks – so what else should our readers know about your work and what you’re currently focused on?
I am currently working on my first feature documentary, The Baby Carriers. It focuses on international surrogacy, exploring the journey mainly from two perspectives: The American surrogates’ and the Chinese agents’. I am interested in exploring women’s issues that involve minority groups, mainly Hispanics and Chinese, as well as stories of individuals who live in isolation or struggle to fit in mainstream society. Personally, my goal of documentary filmmaking is not only to complete a project in the best way I could but also to educate myself about the society I live in and grow as a responsible member of the community throughout the process.

I’m very proud of my heritage. Growing up bilingual with a Spanish father and Chinese mother gave me an understanding of the two opposite worlds, the Western and the Eastern. I remember being dumbfounded at my little Spanish friend’s racist comments that “I must have been adopted” or my aunts’ jokes about how to distinguish a Japanese from a Chinese based on their eyes. I was exposed to huge cultural gaps from a very young age and learned that people normally mean no harm, and despite the differences, there is plenty of room for friendships. What I cherish the most is the possibility of overcoming language barriers and connecting to people from dozens of other cultures.

Where do you see things going in the next 5-10 years?
Having lived and worked both in China and in the States and interned at prestigious companies such as Davis Guggenheim’s studio and Kennedy/Marshall’s company, I saw how major film festivals could really make a difference when it comes to exposure and closing distribution deals for a documentary.

I am seeing how more and more documentaries are being bought by major streaming platforms and audiences’ appreciation for the genre has been growing thanks to docu-series hits like Wild Wild Country and Tiger King, just to name a few. People are learning how documentaries can be just as entertaining as fiction, if not more, and that its themes can be much wider than global warming or racism criticism. Documentarians keep proving the genre as one of the most exciting ways to experience the world. If you still don’t believe it, please go check out the fellowships, workshops, and grants available to documentarians. You will be surprised at the amount of support one can apply to, and especially if you are dealing with stories from underrepresented communities. While the ME TOO movement may only be the beginning of a long-term fight towards gender equality, it did open the doors to encourage more diverse voices to be heard. As a documentarian interested in stories from minority groups, I feel both grateful about the opportunities presented to me and hopeful about my future. I hope so do you.

I see myself having completed three feature films in ten years and hopefully all of them are able to touch different people in a deep and meaningful way. 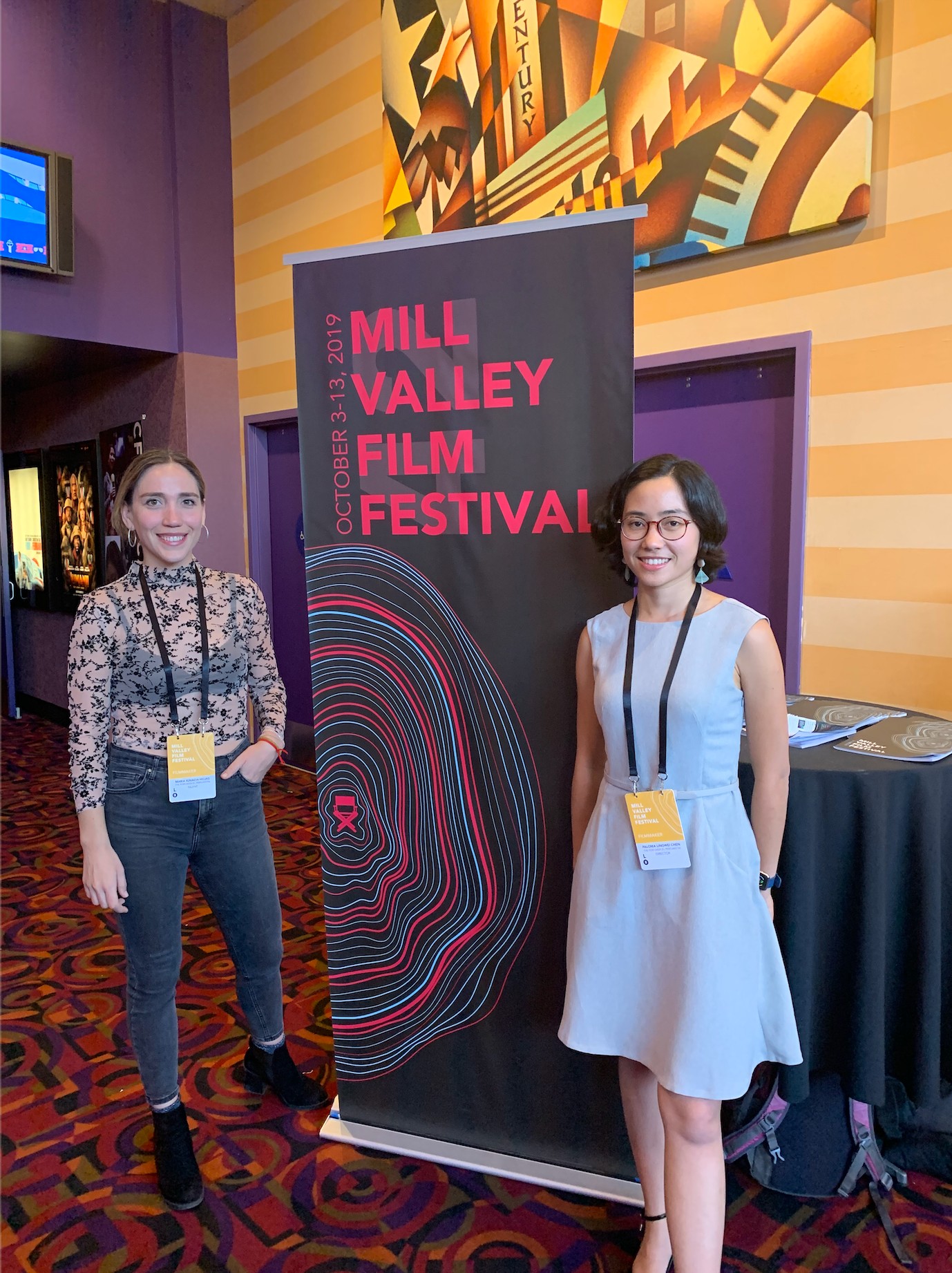 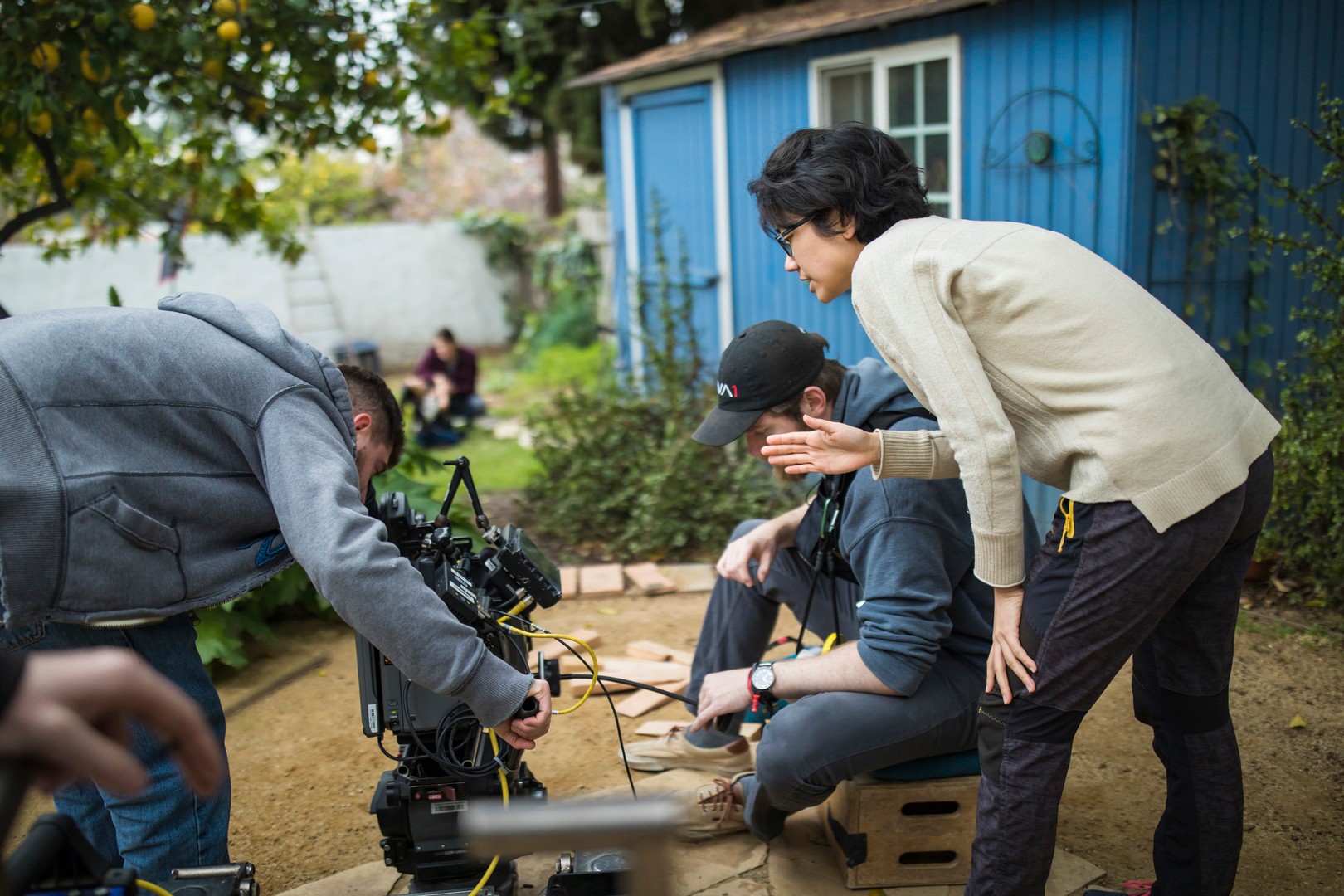 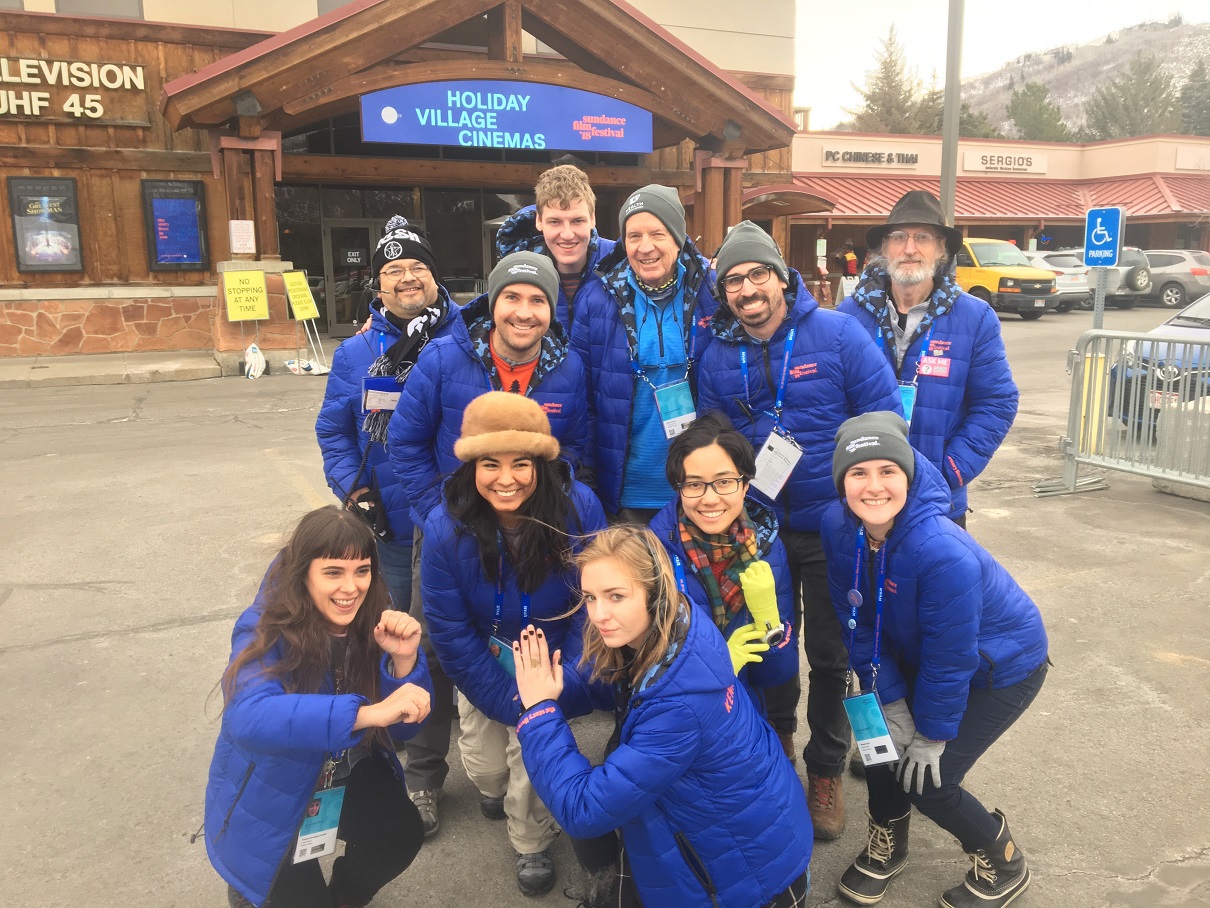 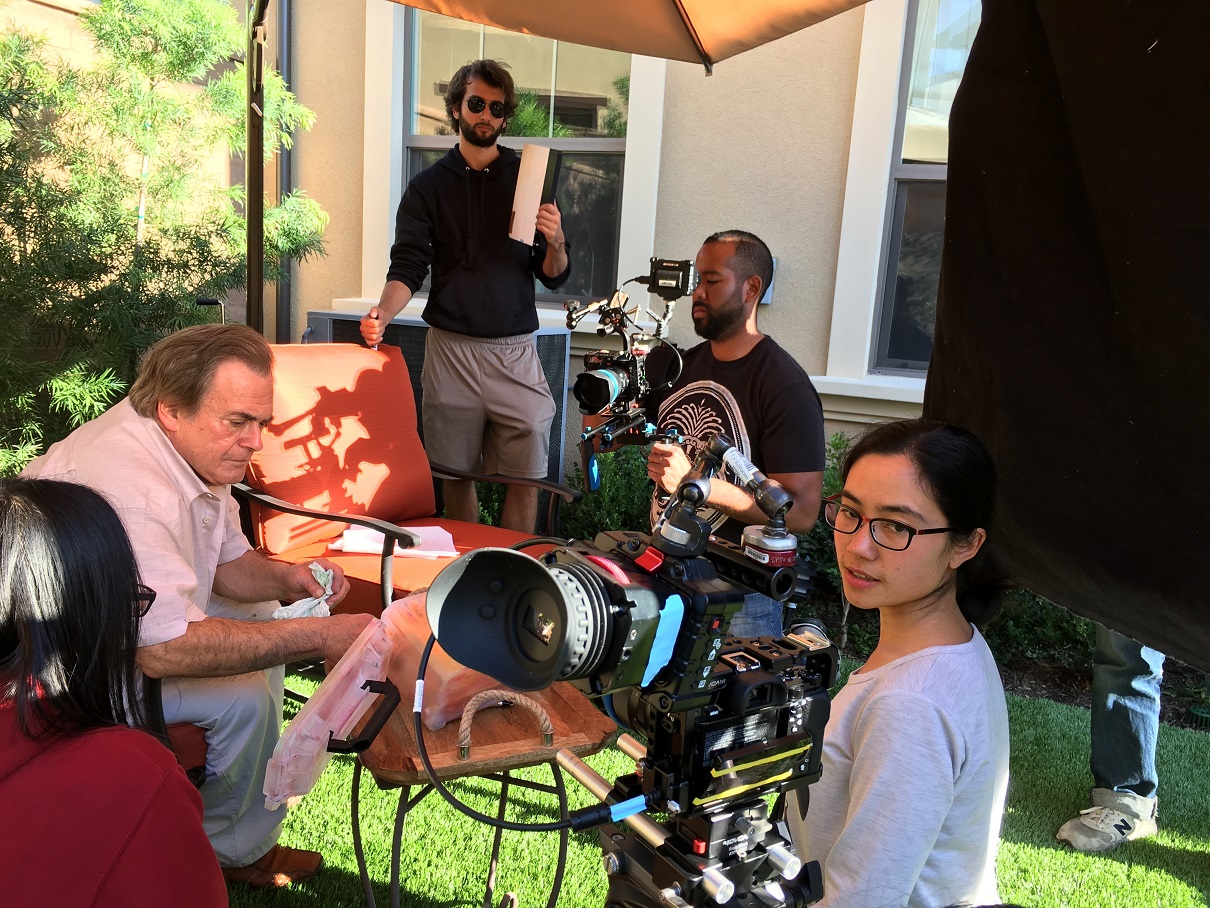