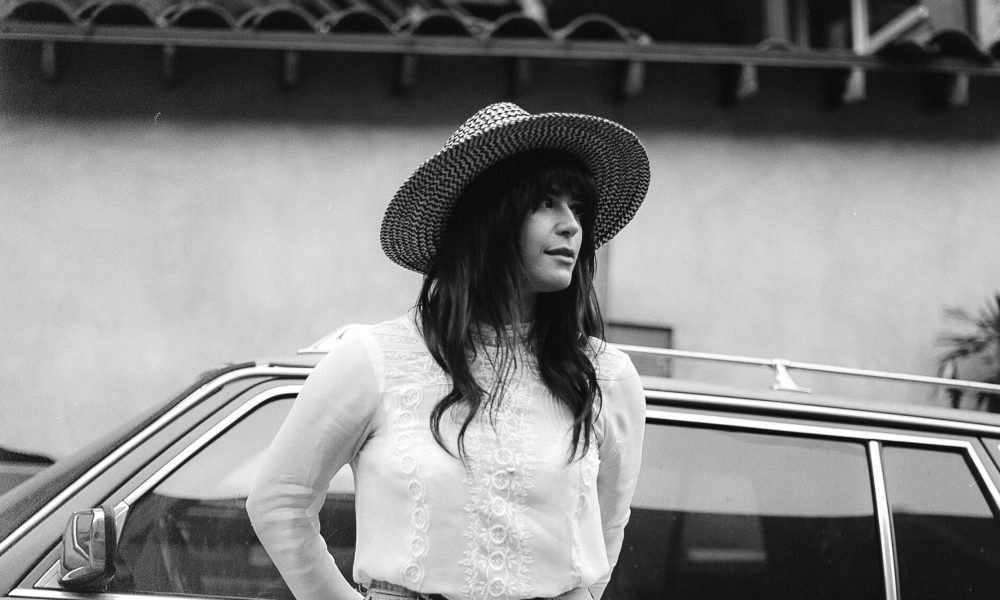 Today we’d like to introduce you to Nicole L. Galinson.

Hi Nicole, we’re thrilled to have a chance to learn your story today. So, before we get into specifics, maybe you can briefly walk us through how you got to where you are today?
Growing up, we were a very musical family. I was always surrounded by musicians, so that world feels incredibly comforting and familiar to me. My mother made sure we knew our way around the coolest era of music & culture: The 70’s. She also made sure we had plenty of opportunities to explore playing different instruments. My sister, Kailey, was the only one of us who stuck with it long enough to be able to call herself a proper musician, but we all really connected with playing the piano as a creative outlet. As I got older, I eventually veered off into exploring photography; specifically, fashion photography and the medium of the fashion magazine. From a young age, I vividly remember being drawn to magazines. When we would go on trips, I’d wander off in the airport and end up in a Hudson News store utterly transfixed by the vibrant colors and enthralling photographs on the covers. I’d often choose one that was highly age-inappropriate, and my Mother would reluctantly agree to buy it for me with the condition that she would go through it first and rip out everything but the photographs.

During my junior year of high school, I created a magazine as an answer to a project in an elective photography course. I rented a studio in downtown Los Angeles, designer dresses, and enlisted some of my friends to model for me. Working on that magazine activated an important component of my soul’s purpose that had been lying dormant inside of me for all of my life. I put out two issues of my magazine and then I placed it on an indefinite, creative hiatus. I’ll eventually make my way back to it when I can procure the proper funding & resources. A pivotal moment for me in my artistic development was discovering the work of Herb Ritts. I took a pre-college course in color, analog film photography at UCLA one summer, and we took a field trip to The Getty to view the work of Ansel Adams. I kept sneaking out to make my way across the hall to view Ritts’s LA Style exhibition, but my attempts were continually thwarted and I was always corralled back into the group. I managed to get my hands on a copy of LA Style before we left, and my life as I knew it changed forever. Ritts’s work had (and still has) a profound effect on me, and he’ll always remain one of my biggest influences. I learned how to shoot using black & white film on a used Nikon FG I found at Harry’s Camera in Studio City, and I almost always preview in black and white while I’m shooting digitally. Shooting this way has always felt more natural to me, and I feel more connected to the process when I’m creating a black and white image.

It wasn’t until I met Henry Diltz that I realized my happy place is at the intersection of the worlds of music and fashion; one without the other is just simply not enough. Henry Diltz is godlike to me. He is the most interesting person I’ve ever met. I pinch myself quite often knowing that I’m lucky enough to consider him a friend and a mentor. We met working on a benefit concert in 2015 and have become increasingly close ever since. His work inspires and excites the part of me that enjoys enacting the role of the observer and releasing control. He’s helped me get out of my head to embrace the moments that can slip by all too quickly if you’re overly concerned with the technicality of the craft. Henry’s greatest gift to me is the lesson of presence. I’m so grateful to him for believing in me and bolstering me during a time when very few did. It’s long been a dream of mine to find a way to connect young creatives with a well-established mentor as a way of paying my own experience with Henry forward. Mentors are so important to an artist’s development and durability.

I’m sure you wouldn’t say it’s been obstacle free, but so far would you say the journey has been a fairly smooth road?
Has it been a smooth road? No, absolutely not. It took quite some time for people to start taking me and my work seriously. I faced a lot of rejection early on based on my age. For some reason, turning 20 seemed to open up many more doors for me than 17, 18, or 19 ever could. People in this industry often equate work experience to age, and that is not always the case. We are so very fortunate to be living in such an advanced, digital world where information is abundant and technology is terrifyingly sophisticated. Young creatives can accomplish more earlier on now that the tools they need to do so are more accessible to them. I have been working professionally since the age of 17, and I know that I’m not the only one. I do wish that people in positions of great, creative power would start looking at the youth of today as contenders for the opportunities they deserve whenever possible. I wear the many obstacles and challenges I’ve faced thus far as badges of honor; each one a lesson I am grateful to have learned. It took some time to adjust my perspective on this, but I know that there is a purpose behind every experience I’ve had, good or bad, and that brings me great comfort. Knowing this allows me to look ahead with excitement instead of trepidation because I know that I am more than capable of handling whatever shows up in my path.

Can you tell our readers more about what you do and what you think sets you apart from others?
I’ve just recently landed my dream job working for INLOVE Magazine as their photographer and Assistant Creative Director. In addition to editorial work, I also photograph concerts (I miss them terribly) and Album/EP/Single covers. When live music resumes, I’m hoping to join someone on tour and spend some time on the road. Ideally, I’d like to cultivate an ongoing partnership with an artist similar to Mick Rock & David Bowie’s. Above all else, I love creating images that make people fall in love with themselves all over again. I love making people feel good about themselves, exactly as they are. I’ve had plenty of battles with that feeling, so it feels only right to take that and turn it into an outlet for creative expression.

Can you talk to us about how you think about risk?
In terms of risk-taking, I’m very pro-risk. That being said, I believe you should always take your risk from an informed place of intuition, authenticity, radical honesty, and a total commitment to seeing it through. The biggest risk I’ve ever taken was dropping out of college after only one semester. I knew that my happiness, greatest success, and journey, in general, required a different path. I never imagined I would drop out of my dream school; quite the opposite. I was beyond thrilled to receive a partial scholarship from my top choice. I was so all-in with this school that I only applied to one other backup. I had been waiting so patiently for the moment when I could finally focus solely on my art and devote 100% of my time to it day in and day out. The reality of the experience, however, was lacking in all the ways that mattered. I knew in my gut, I wasn’t where I was supposed to be. I was uninspired, in-and-out of the hospital befallen with mysterious ailments and illnesses that came out of nowhere and overstayed their welcome, and I was deeply depressed. I didn’t even take one photograph for any school-related assignment while I was there. My intuition kept telling me this wasn’t it, but I felt pressured to see it through and stay the course.

This feeling crescendoed, and on my last night in New York City, before heading home to Los Angeles on winter break, the feeling became as instinctual as running out of a burning building. I stayed up all night, with the help of a friend and a neighbor, packing to move back home for good. I had no game plan, but I knew I’d do everything in my power to make my dream my reality. I almost missed my flight (and had to pay an offensive amount of money to bring a few boxes with me on the plane), but the feeling of relief that washed over me as the plane taxied down the tarmac that day is truly indescribable. For the following year, I woke up every morning with the irrational fear that it had all been an elaborate fever dream, and I’d wake up back in that dorm room in New York. Luckily, it wasn’t. It became life or death for me in that crazy moment of uncertainty & unknown. Things immediately shifted, and with the help of my mother, who became my manager, we started to make it happen. Four years later, I am happy to report that I have never once doubted that I made the right choice. I even had my artist’s signature tattooed on the outside of my wrist as a lifelong celebration of taking that risk. I feel very fortunate to have had such indelible support from my parents throughout this entire journey. Thank You, Mom & Dad. With that being said, it hasn’t come without its fair share of challenges and mental strain. Once my decision had been revealed to friends and family, I suddenly became the target of intense criticism and unsolicited opinions from everyone who had ever known me. I felt like I was being placed under the most scrutinizing of microscopes at a time when I was extremely vulnerable.

I was making this decision to better my life and my mental health, which was still very much compromised, and I wasn’t exactly ready to face the wave of backlash that I was met with. But are we ever? Even worse was this newfound presence of malicious energy being projected onto me by those that wished to see me fail for daring to reject the status quo. I felt it everywhere. It was really hard to cope with, and it got the best of me for a while. Everything I did, I viewed through the lens of my most malevolent voyeurs. I started living my life with the sole purpose of proving them wrong. I soon found myself in an extremely dark, anxiety-riddled place. Luckily, it was pointed out to me that to rid myself of that unwanted pressure, all I had to do was realign and start living for myself again. Throughout this journey, I’ve been fortunate enough to meet many other talented creatives who have also honored what was best for them and went against the grain in doing so. I hope that by sharing my experience, someone else out there might feel more supported and ready for the reality of taking a risk like that. Drown out the background noise, and tune into your intuition. I truly believe that your intuition is your greatest guide in this life. Pay attention to what it’s telling you, and you’ll always end up okay. 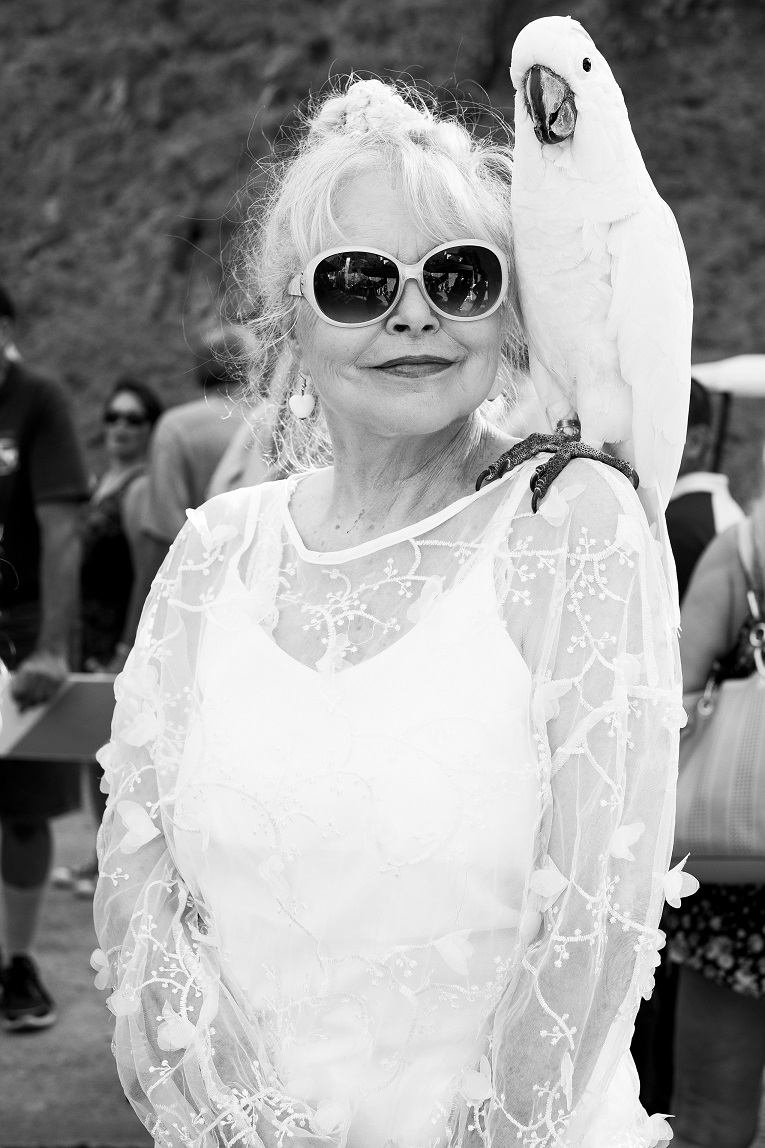 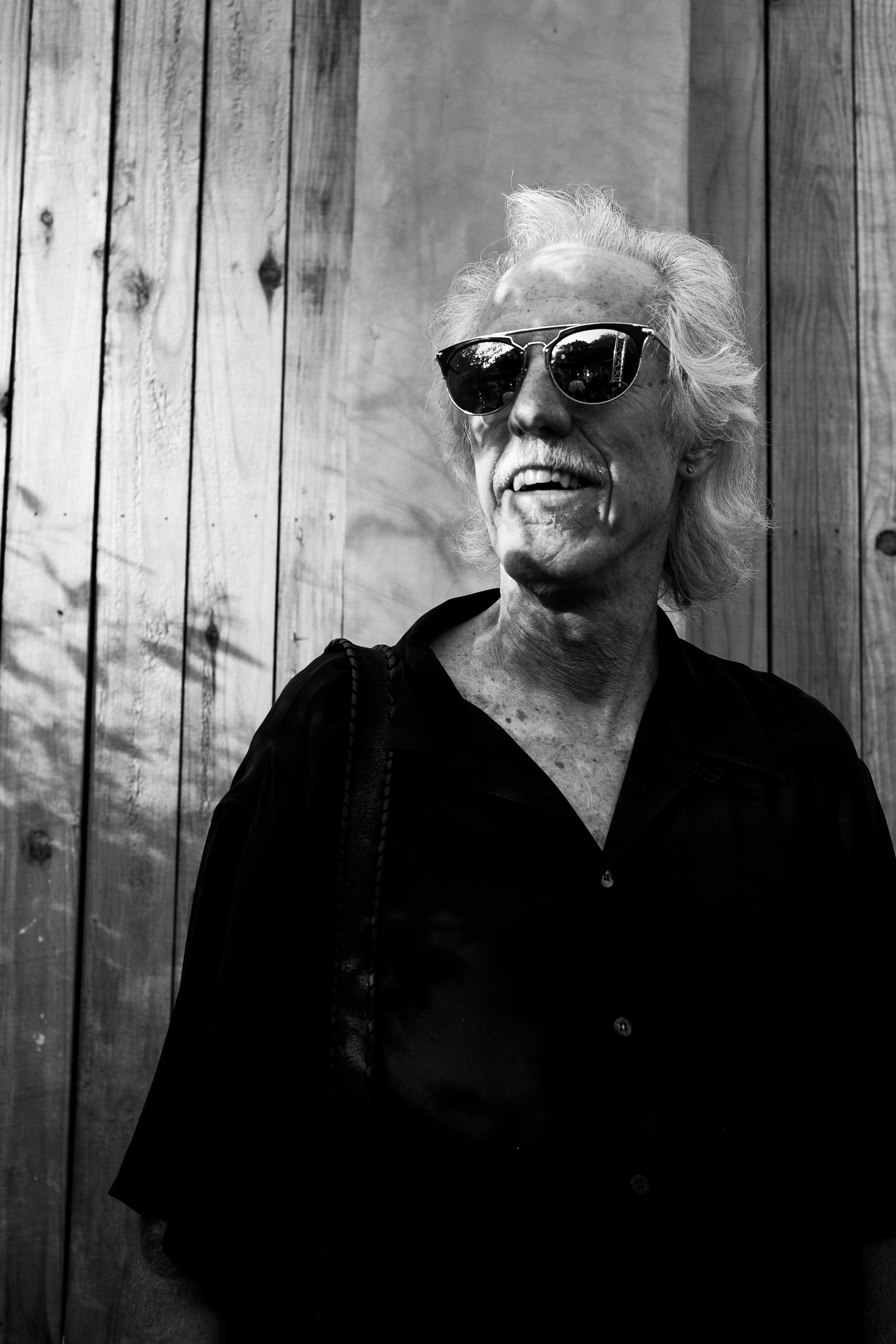 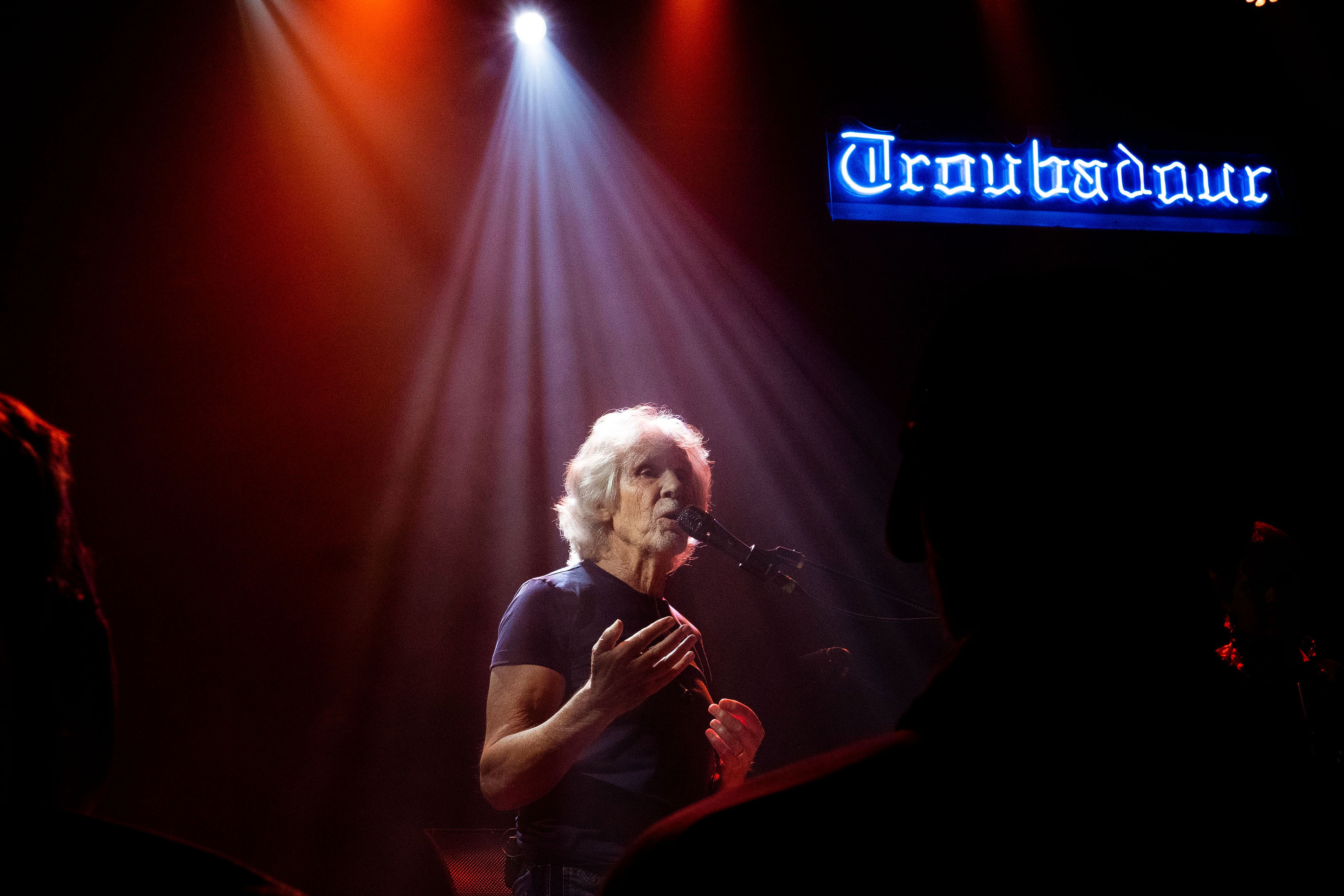 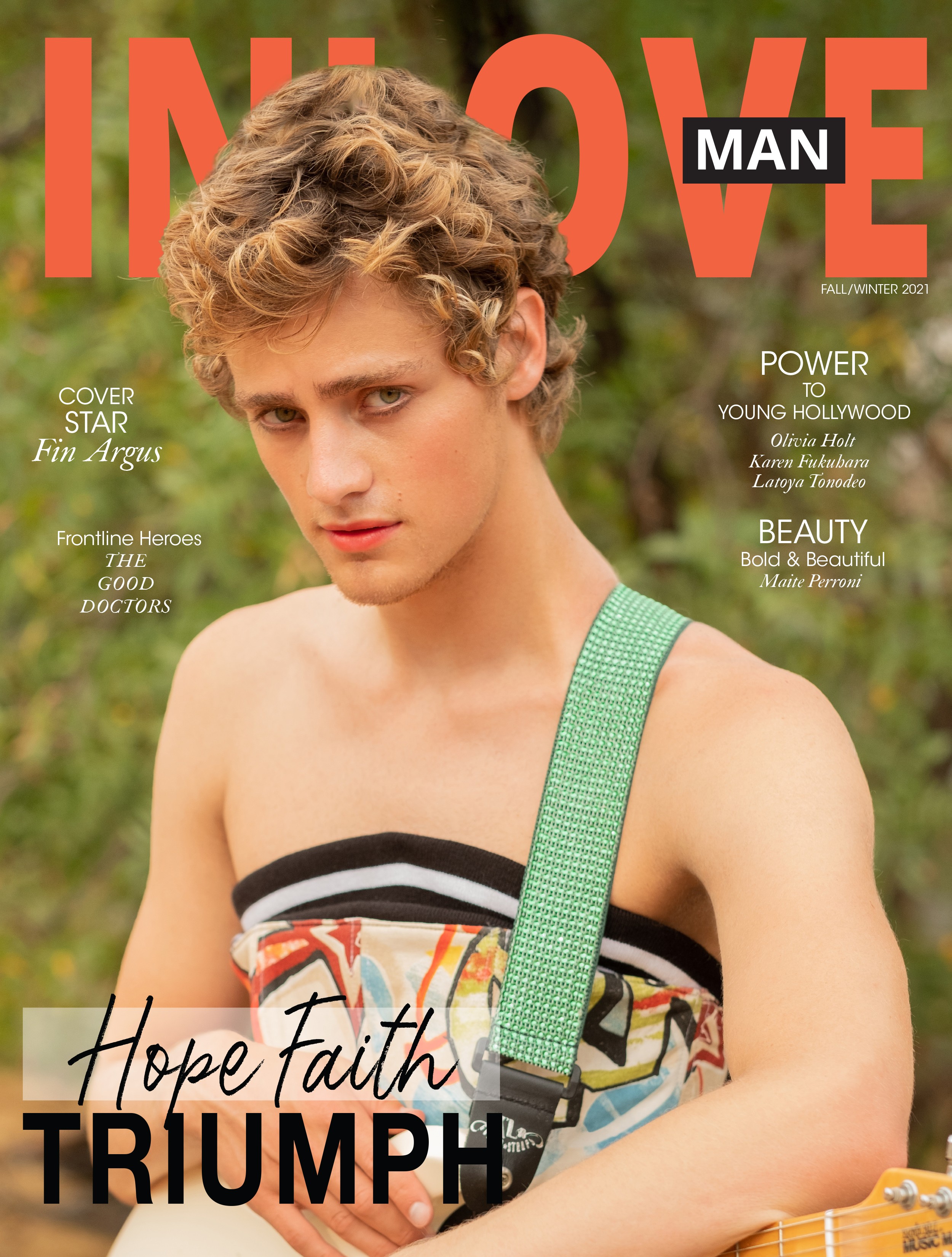 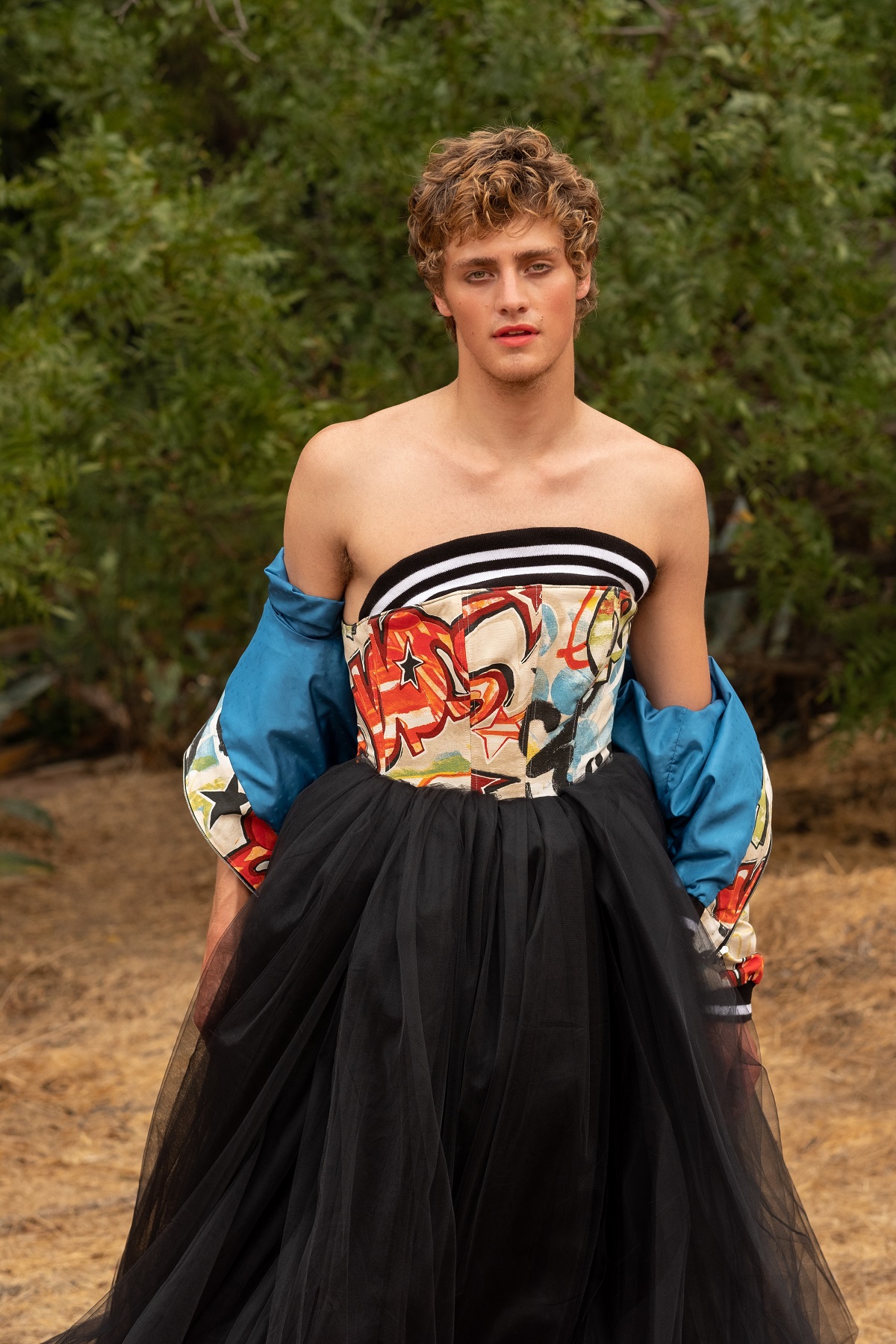 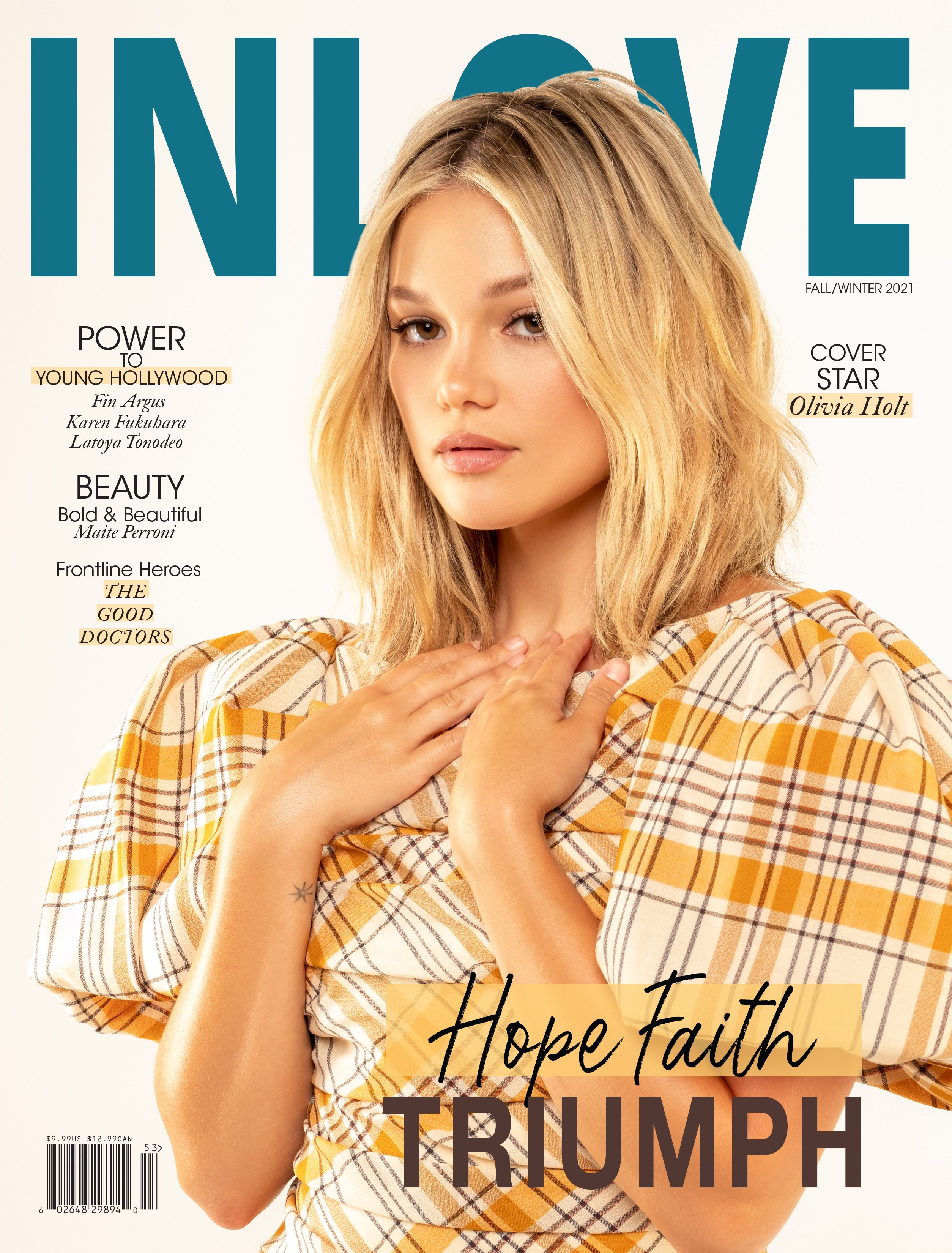 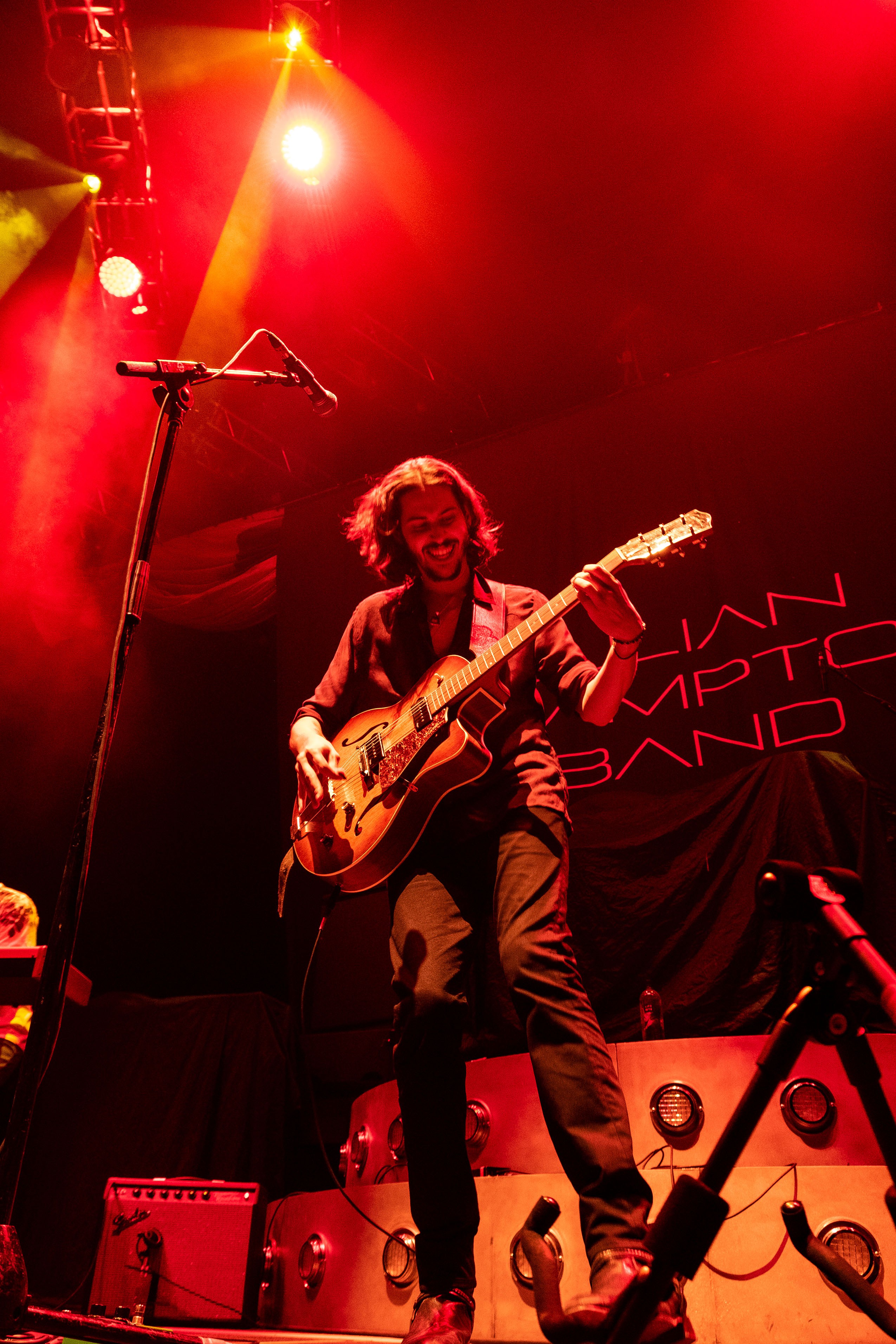 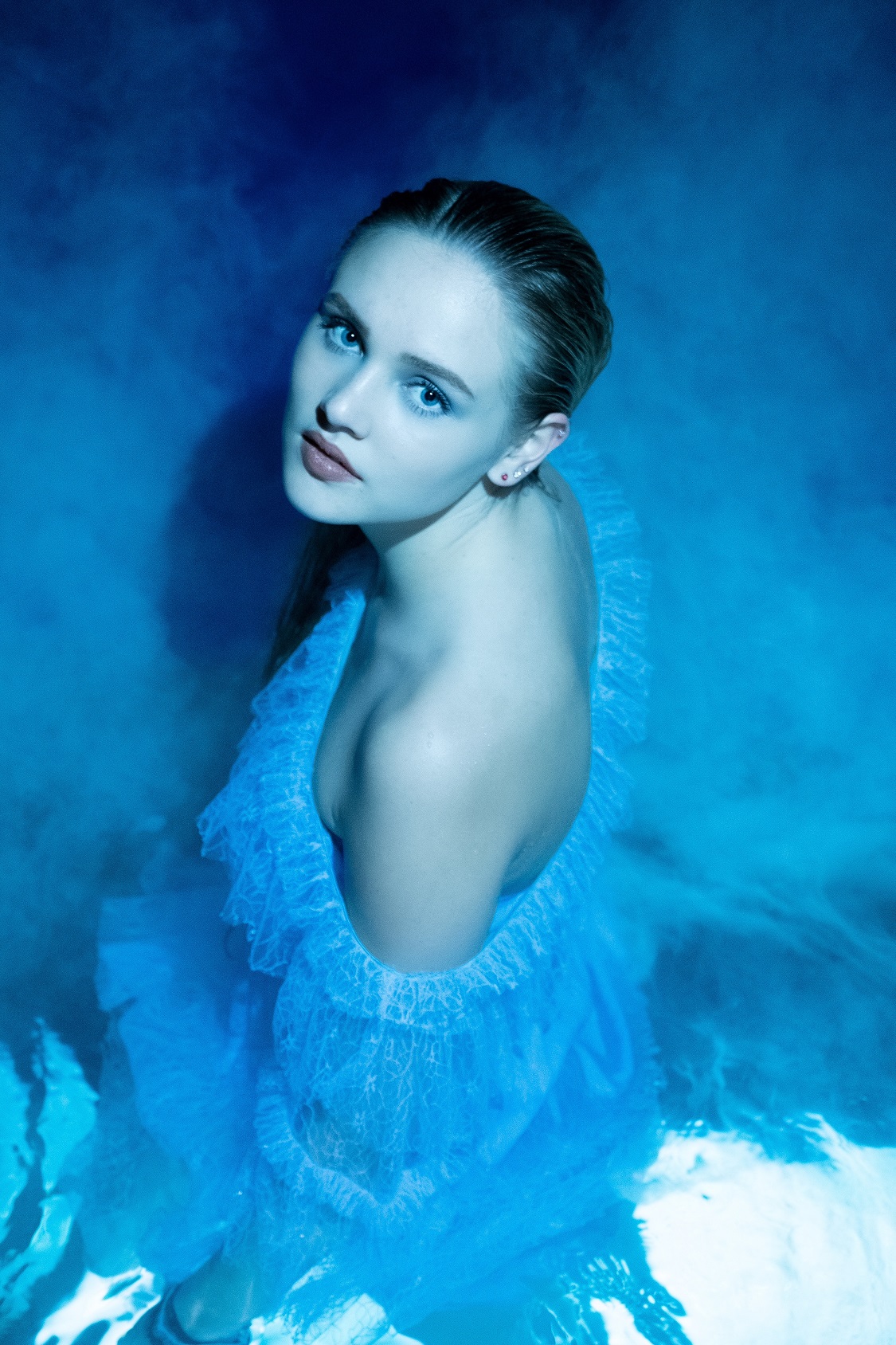