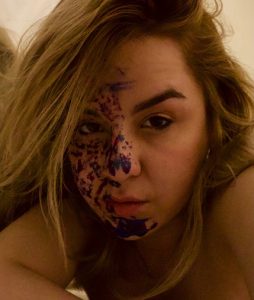 Today we’d like to introduce you to Natalia Christabelle.

Hi Natalia, thanks for joining us today. We’d love for you to start by introducing yourself.
I began acting during 9th grade in Puerto Rico at a fine arts school in their theatre department. That’s where I had the realization that I wanted to do acting for a living, but I preferred acting in front of a camera. Reason was/is that you can live more than one life on film. Two years after, I met my first ever agent. Now I realized he was a wannabe Brad Pitt and only cared about his own acting career, but he took me and other actors and trained us for a summer to prep for IMTA in 2014. A talent showcase on DTLA. Once we got there, he ditched us and gave no advice like other agents and managers were doing to their own talent pool. But he did lots of networking for himself. I look back at it and I low-key find it hilarious now. I ghosted him afterwards. Stayed in LA with my mother who wasn’t on board with me being an actress, but after she watched me perform a monologue about this weak and terminally ill wife begging his husband too, at least, act like he still loved her even though she knew he was having an affair and checked out of the relationship months ago. Pretty heavy for a high schooler. Even then, I felt like I could relate to her in some ways. My mother told me that she supported my decision after the performance.

Living in LA, we faced many challenges that we weren’t ready for. High rent, her Florida nursing license process transition to California took longer than expected, I took a part-time job as an office assistant in Monterey Park Chamber of Commerce while I auditioned and interned for free at a background agency in Hollywood. We struggled a lot, but I’m so thankful we were together and we had each other’s backs.

After three months, we were facing homelessness. So we took off and went to Florida with my sister and she helped us out at least to get settled.

I was disappointed about how my “LA dream” turned out. But I was even more determined to make it work. I needed a skill that’ll get me money fast and a car (just in case I ever faced homelessness again). I took a job at an Ihop by the i-4 near Universal, saved up enough to buy an overpriced Pontiac and with $500 on August 17, 2016 I drove from Orlando, FL to DTLA. I had a gig with a pop star I’ll name Dustin Beaver.

It took me about three days to get to LA and was 30 mins late. The PA gave me a hard time for being late until I told him where I was coming from. It was a culture shock being on that set, they were lots of locals who lived a way less conservative life than I did. But the biggest core memory from that day was how big of an a-hole this pop star was. At 112lbs, how said I was too fat to be at the front. The AD apologized to me but told me to stay in the back. I did my thang on set but decided to leave early without the $50 rate.

I initially thought I’d meet someone on set and crash but I just didn’t feel safe enough to let anybody know I was basically homeless for the night. So I slept in my car for that day. Next day I was going to meet with possibly my new landlord I met off Craigslist.

The thing was that the apartment wasn’t available and it wouldn’t be until the next month. My one night of homelessness turned into a week. I was so dirty but would polish up for auditions and job interviews. I met a Mexican lady in Westminster and she allowed me to stay in a room at her house for $500/month.

Stayed with her for six months and finally found a place in Koreatown. But my day job was mentally draining. I was being bullied by my general manager and there was just nothing I could do about it other than to leave. Which I did that year after I quit my depressing day job. I had 10+ IMDb credits. I was killing it and booking lots of roles.

I joined LAFS because I wanted to learn how to make a movie and build my own doorframe in Hollywood. I shot a pilot for Universal that went nowhere. But with the skills I learned in film school, I began to work as a 1st AC and Casting. So at least, I wouldn’t have to work in the service industry ever again. People suck in general, but it’s worse when you work in the service industry.

I collected ten vouchers to become part of SAG-AFTRA within the first three years. Some of the vouchers were from projects I produced myself to turn union faster.

I’ve kept on working in casting. I’ve worked for multiple agencies and studios, to me thankfully it was an organic transition since I knew so many actors already. And I’m good at reading people. Best day job I’ve ever had.

Thankfully during the pandemic, I began working as core for an HBO pilot that got picked up!! There I had multiple bumps and was able to work with a female writer I admire and respect even more after working with her. If you’re reading this, I’m available for season 2 *wink*

I’ve had minor roles, 5-10 under, leads, supporting, costars. And it hasn’t gone the way I thought it’d go. But it has helped me matured and truly know if this is something I love, which I do. I don’t see myself not acting, I’d love to be like Helen Mirren and act until the wheels fall off.

Can you talk to us a bit about the challenges and lessons you’ve learned along the way. Looking back would you say it’s been easy or smooth in retrospect?
Language was the biggest barrier for me. Not speaking itself, but the confidence you need to speak in a new language. Being the first one in my family to want to leave the island, my comfort zone. I gained my confidence through embarrassing myself. That’s why I don’t fear rejection or embarrassment during auditions or in my day to day life. I self-taught English. Shoutout to John Cena and Britney Spears, growing up I was a huge pro-wrestling fan and preferred music and movies in English. I wrote letters to him in English and wanting to understand what was going and sing along to Britney songs really pushed me to learn and speak a new language. Through that same self-teaching habit, I was able to learn Portuguese, as well. Hoping I can pick up Japanese next. I’d love to understand anime without having to read subtitles.

Thanks – so what else should our readers know about your work and what you’re currently focused on?
I have ADHD, and every ADHD’er is different. Mine, when it’s good, I can hyper focus on something and learn it within days. Which is why I’ve worn many hats on set. Acting, casting, BTS photographer, 1st AC, dolly operator, camera operator and editor. People say don’t do much because you won’t be taken seriously. I say I’m trying to stay busy and have as many opportunities as I can. My specialty is to get it done.

Where we are in life is often partly because of others. Who/what else deserves credit for how your story turned out?
I wouldn’t be nowhere near where I stand today if it wasn’t for my mother. It’s not cheesy, I’m very blessed to have such a caring and supportive mother. Even as far as we are from each other, she knows if I’m having a bad day. My household was my mother and my older sister. We’ve always had each other’s backs. We talk every day and look out for one and other. When I make it to the Emmy’s she’ll be there with me as my plus one. I also have. 12 years old doggie. Her name’s Heather Mami Chichi. I’ve had her since I was in high school. Having her made me mature faster and stayed out of trouble. I read all my lines to my dog, Heather, I’ve made it through some of the most difficult times in my life with her next to me. It’s amazing how much she has helped my mental health. Specially as I was diagnosed with ADHD as an adult, high school was mentally exhausting but she truly helped me outlive that time. Shoutout to our pets for keeping our mental health in check. 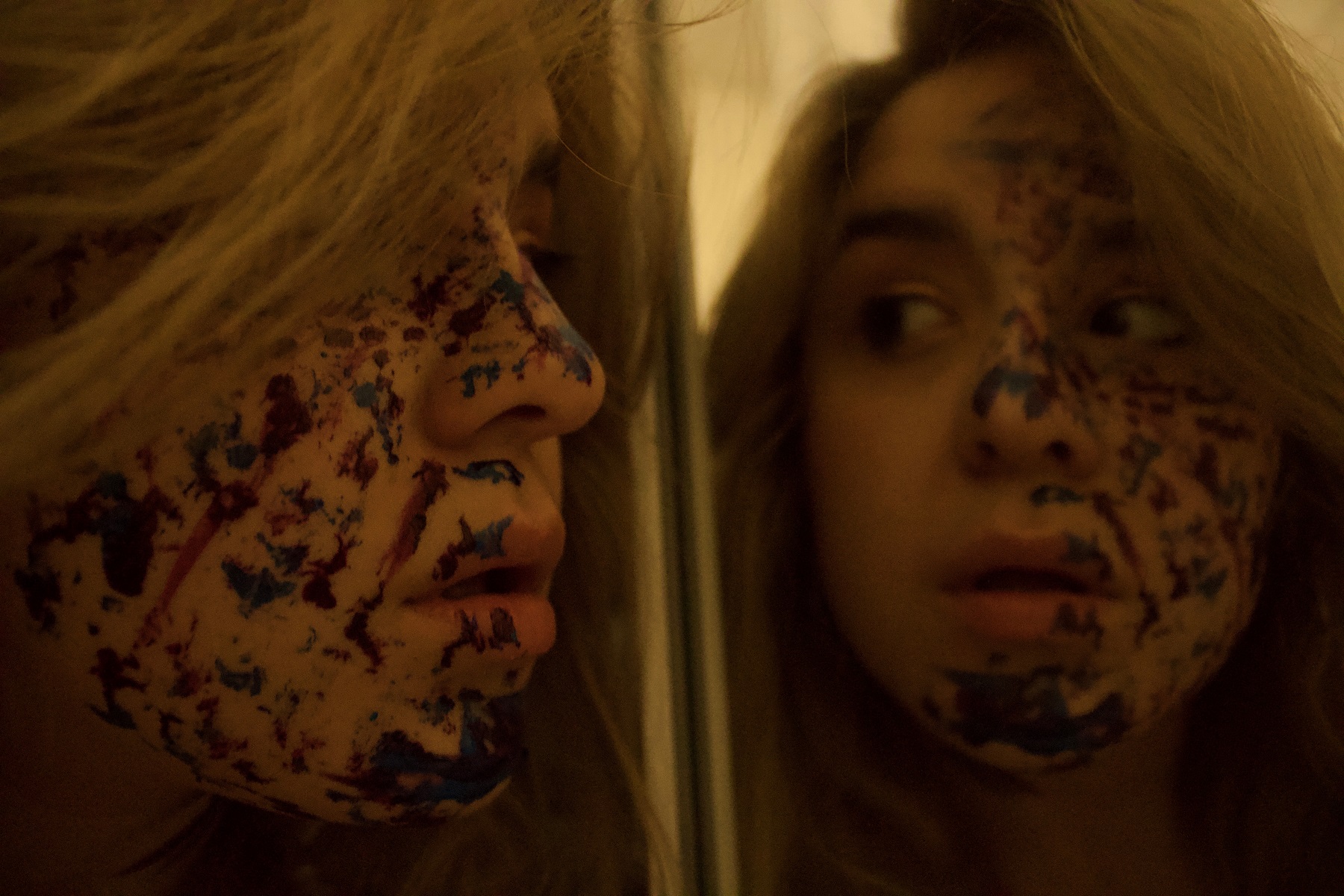 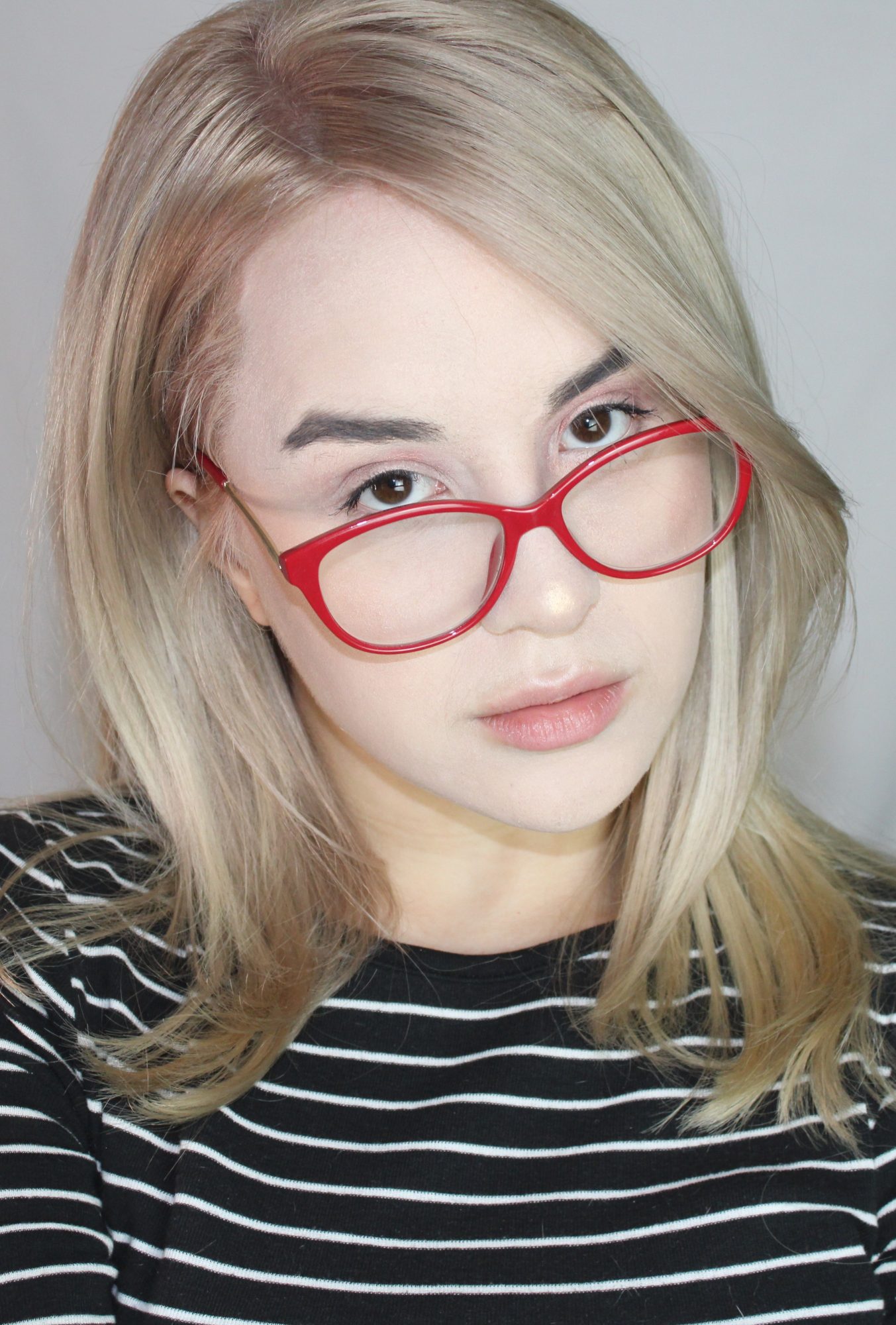 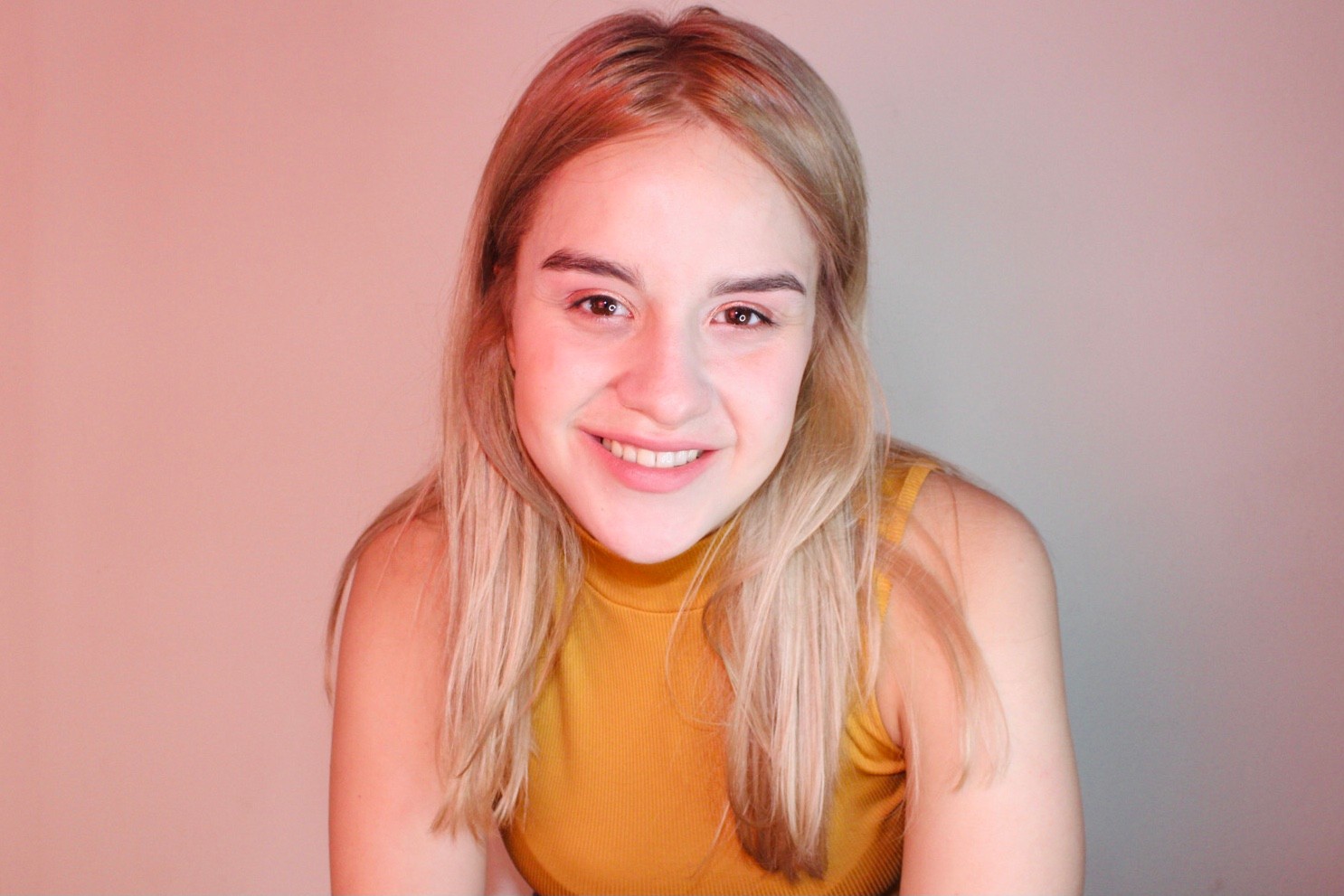 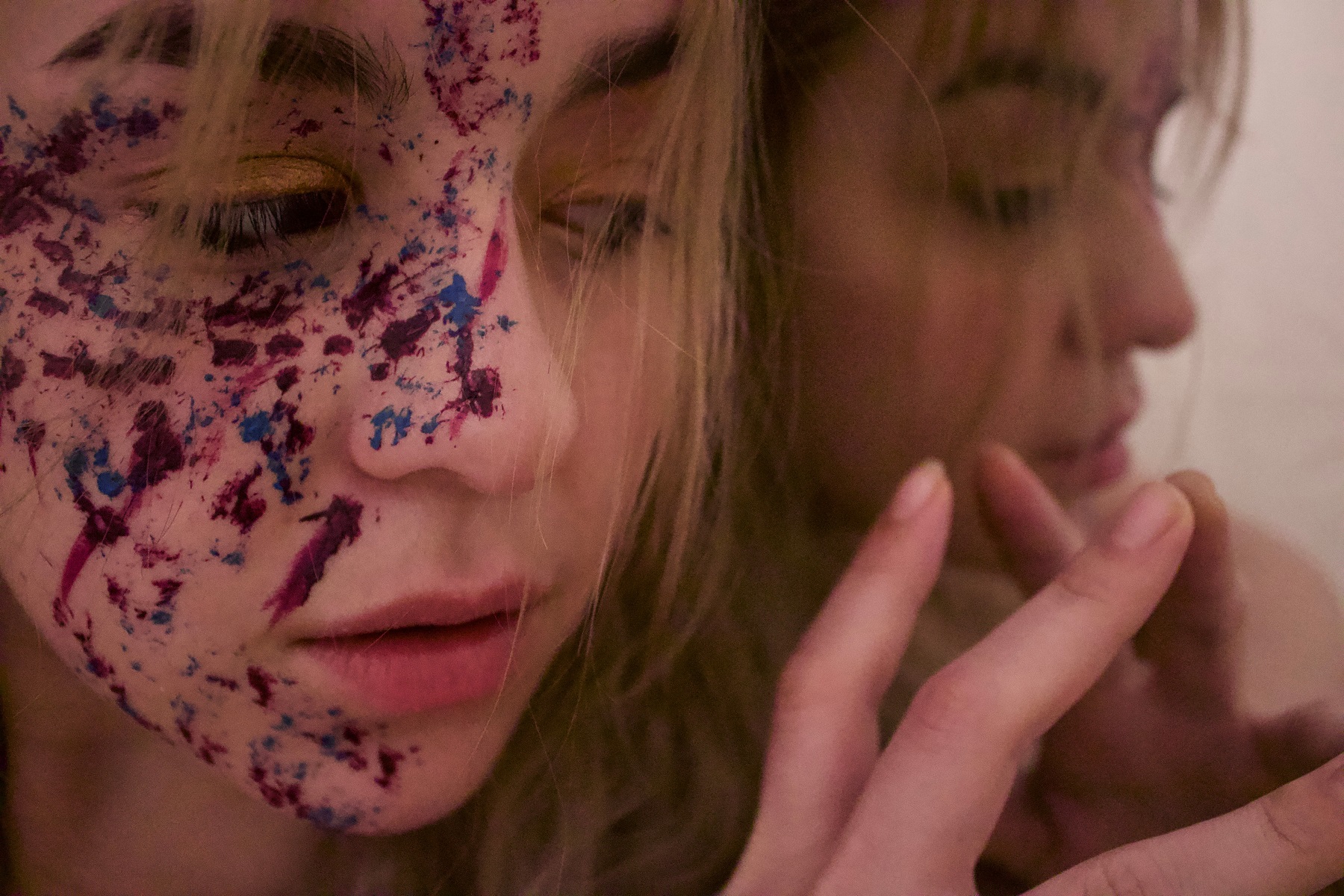