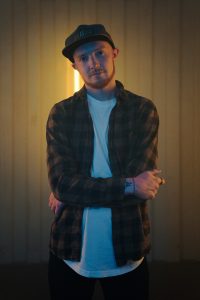 Today we’d like to introduce you to Morgan Kibler.

Hi Morgan, we’re thrilled to have a chance to learn your story today. So, before we get into specifics, maybe you can briefly walk us through how you got to where you are today?
Whenever someone asks me where I’m from, there’s always somebody who knows me in close proximity who hears the question and immediately responds with “Oh boy, here we go.”

My long-story-short response is always that I’m what a lot of people would call a third culture kid. I was born in Santo Domingo in the Dominican Republic, I moved to China when I was ten months old and lived there until I was seven when I proceeded to finally “settle down” for the next eleven years in the tiny European country of Luxembourg. After graduation from high school there, I moved out here to pursue a career in the one thing that I felt was the only constant in my ever-changing life: music.

Thanks to the help from my parents who are a big reason to why I started this whole journey, I was introduced to music at a young age. Weirdly enough, I remember that one of the only video cassettes that we were able to watch when we moved to China was The Beatles’ A Hard Days Night film. I think it’s safe to say that the music in that movie created the basis of what I wanted to do with my life. I watched it so much that those memories are forever engraved in my head and because of my addiction to this film, I became entranced by music. For the next two decades I would go to school with my parents and every morning, I was educated on bands that were going to change my life.

If I gave you a list of the groups that they showed me, I don’t think I would see an end to it. The Who, Iggy Pop, Def Leppard, Metallica, Green Day, Johnny Cash, Fleetwood Mac, Santana…I mean, this list is ongoing, and it’s all thanks to Mom and Dad. My intoxication with music really started to show when I joined the elementary school choir and our school concert band in the fourth grade (definitely don’t remember how to play saxophone or euphonium). Fast forward a few more years to when I turn eleven and my obsession with electronic music quickly liquidizes into my interest in starting to deejay. The final piece of the puzzle was given to me on my 13th birthday when my parents got me my first guitar which I still play and have to this day. Since then, it’s been nothing on my mind but music, and that’s what brought me out here.

For the past eight years that I’ve lived in Los Angeles, I’ve done everything and all that I can to work my way up in the industry. It’s been a journey to say the least of both the good and bad times but I mean, you’re going to have to expect that going into a creative field. I studied at Musician’s Institute of Hollywood which is where I really made a lot of my relationships in the industry.

Through my time there, it brought me into the fold of three bands that I’ve been so fortunate to be a part of starting with a post-hardcore band called Spare Me Graceful. Through my relationships in that band, I started playing bass in a country band and before you know it, I joined the band which I still am into this day: True North.

It’s been a surreal couple of years with True North so far. Over the last year, we got signed to a label, have gotten the opportunity to work with some of our heroes in the industry, and now, we’re on the cusp of a whole lot of other stuff that I, unfortunately, do not think I can say in this interview but you’ll know soon enough!

In the past couple of years, I started to notice that just sticking one foot in the ever-growing pond that is the music industry wasn’t really filling my palette. But thanks to my connections that I made at MI; my career took a branched path into the world of being on tour as a guitar tech with industrial metal icons Ministry. From what was meant to be a week and a half internship of me scanning old documents for the band, I began developing both a personal and professional relationship with the group which led me to being brought on my very first tour a couple months later. Since the spring of 2018, I’ve been around the world and back with this band as a member of their road crew, and thanks to them, I’ve been fortunate enough to work alongside and tour with some of the best people in the industry and been able to work at some of the most iconic venues which include The Forum right here in Los Angeles.

It’s been a long time coming, but I feel like playing air guitar to a Beatles’ movie MIGHT be paying off!

I’m sure you wouldn’t say it’s been obstacle-free, but so far would you say the journey has been a fairly smooth road?
I would be straight up lying if I said that all of this was a smooth road. I think the biggest thing about being a creative is that it can be financially straining and mentally draining. Being a creative at a young age, you wouldn’t know that you’re going to be automatically put into a competitive field which can very much bring stressful times for yourself and those around you.

I’ve had relationships broken because of this career and that is not an easy thing to deal with. You either work with someone who has an ego or you are the ego sometimes and it can kill any kind of personal relationship you have with that person.

That problem with the combination of financial stress are the two things I feel like have been the biggest bumps in the road. Through all of this, when your creative passion isn’t paying the bills, you got to find other means to put food on the table. Having a nine-to-five job is a double-edge sword for creatives: it pays the bills but it can drain your mental and creative health. When I get home from work, I honestly just want to relax and I don’t want to be creative. That’s never really gotten easy to deal with in my creative journey.

I try to make the best out of my scenarios no matter bumps in the road I encounter, it has definitely not been a smooth ride that’s for sure. But knowing what I want has helped me, so even though more obstacles are going to pop up for sure, I won’t stop what I’m doing.

Appreciate you sharing that. What else should we know about what you do?
Well as a creative, I play bass, guitar, sing, can probably remember my way around a deejay rig, and can sometimes be caught behind my laptop demoing music and getting a better grip of production.

I’ve been in a couple bands ranging from country to hardcore. The current band I’m a part of is called True North! They’re probably the name I might be best known for? I’ve also been a part of a post-hardcore band that was named Spare Me Graceful. I began playing in a country band for up-and-coming country singer Andrea Vasquez, which was then followed by me joining my current band. I also played a brief bass role in Torrance-based hardcore band Desertion which was so much fun, I love playing heavy music. Oh, and I also got to play in an emo cover band called Good With Words one night, that was too much fun.

Definitely most proud of the slow incline of success that I’ve managed to keep a consistent pace of through the years. I feel like I’ve seen a lot of levels of the music industry that a select few get to see at my age and I’m really proud of myself for how far I’ve come. I’m even more proud of how far my band has come in the past couple of years, it’s a surreal slow process of success but it’s so full filling to me and I’m so proud I get to do it along some of the best guys in the industry. I’m beyond grateful for all the opportunities that have been presented to me and I wouldn’t change any of my decisions for the world (okay, there MIGHT be a few but I’ve left them in the past the best I possibly could and move on because it was a learning experience).

I love learning how to do new things and I think that’s what’s brought me a feeling of success and what sets me apart from others. I don’t know how that’s possible because I’ve honestly always thought of myself as a below-average student, but the thing is, learning how to do something new is such a full-filling feeling to me that I think that’s what has brought me success over the years. That’s what I think has helped me set myself apart from others, I will always want to keep learning.

Do you have any advice for those just starting out?
I think people want to hear that it’s going to be smooth sailing, but it’s really not. I wish somebody warned me about that and what burdens come with being a creative. But I will say, my biggest advice as to how to feel comfortable in it and to make it more smooth of a journey: just be a nice person!

Look, I know that sounds too simple, but it really got me places that I couldn’t imagined I’d be going. Treat people with the same respect you would like to be treated with, and develop a personal relationship with people. That’s my best advice to give to anyone really, you don’t even have to be a creative to take this. Just be a nice person, I promise you, even though if it can pose as problem to be nice, be nice to others and have strength for yourself. That alone will get you places in ANYTHING! 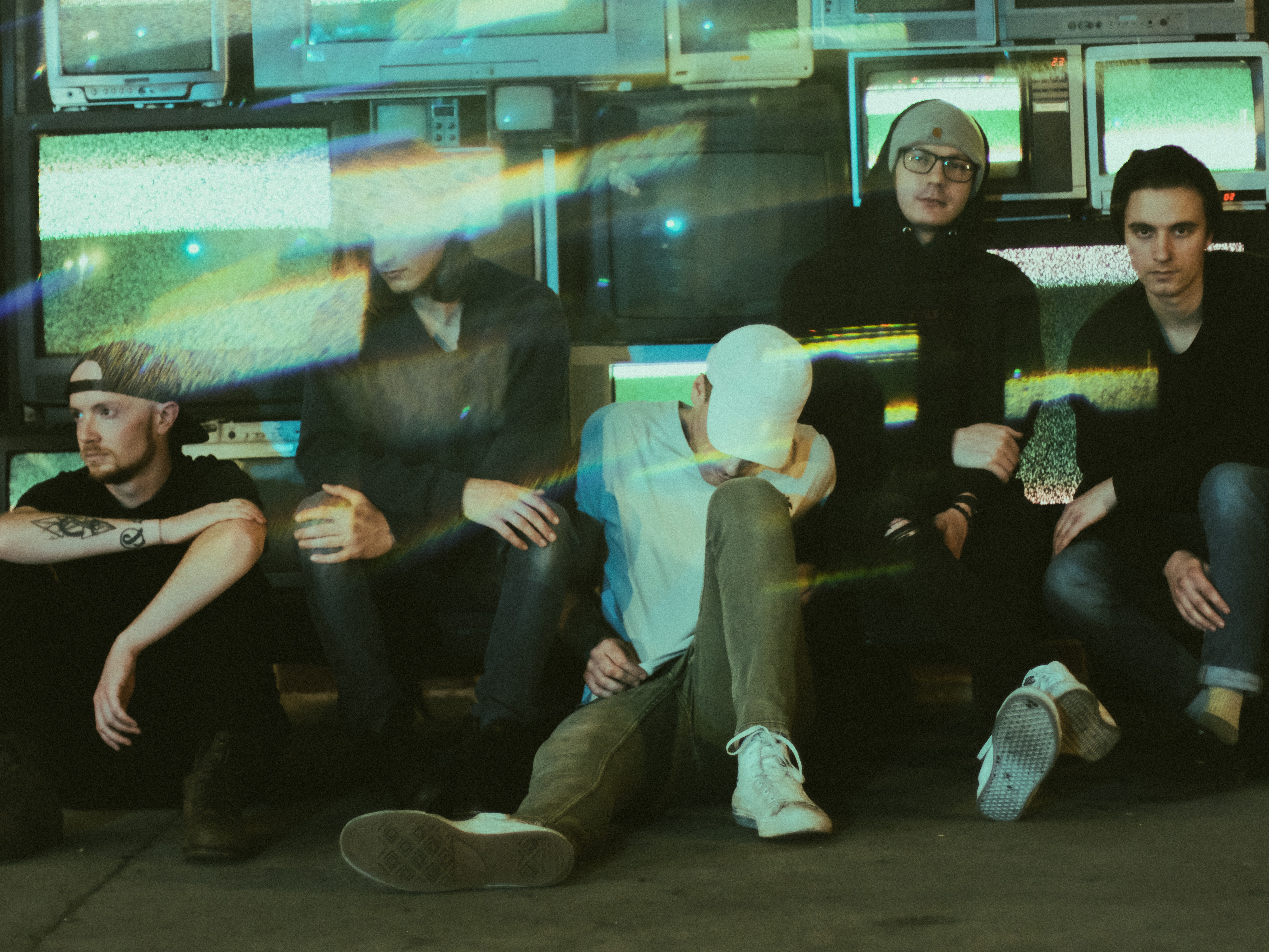