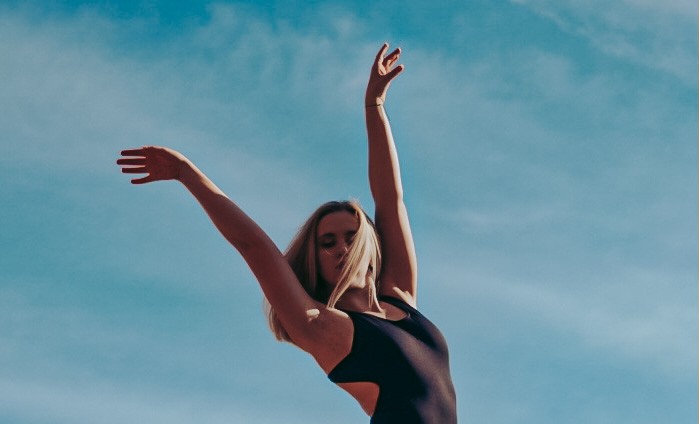 Today we’d like to introduce you to Morgan Franz.

Hi Morgan, it’s an honor to have you on the platform. Thanks for taking the time to share your story with us – to start maybe you can share some of your backstories with our readers?
I started dancing when I was three years old, and since then I’ve been hooked. Throughout middle school and high school, I competed in dance competitions with The Edge dance studio in Amarillo, TX. During my time competing, I was able to attend many dance programs and intensives around the country. I ended up participating in a week-long intensive called GoPro, which gave me the opportunity to get a glimpse of what the professional dance industry was like. From that moment on, I knew a career in entertainment was the only option for me. After high school I attended TAPS in Las Vegas, NV. This was a rigorous six-month program designed to get young performers into the industry. We trained 5 days a week, 6 hours a day in dance, acting, and voice. Towards the end of the six months, I was offered a contract to dance on Holland America Cruise Line. I spent 2 years getting to travel, perform, and best of all, I got paid for it! Dancing on a cruise ship was so exciting and I was fortunate enough to see places I never would have otherwise, and I have friends all over the world now. Once I finished my second contract, I decided that I really wanted to pursue a career in commercial dance, and with the encouragement of Helene Phillips (my greatest mentor), I made the big move! Since being in LA, I have enhanced my acting skills with Speiser/Sturges and have truly learned how to become the character, which has helped my dance abilities as well. About 5 months after moving, I signed with my first dance agency Go2Talent, appeared in my first music video dancing for RAIGN, and was able to work for Disney Channel. As of now, I have been in a couple of short films and I am currently filming my first feature in a supporting role. LA has been such a rollercoaster, but I have been able to make so many connections and have transformed into an even better performer.
I’m sure you wouldn’t say it’s been obstacle-free, but so far would you say the journey has been a fairly smooth road?
A majority of my time in LA has been during the pandemic. In the summer of 2020, I had to get a “muggle” job again in order to pay the bills. I was working about 40 hours a week, minimum wage, and did not have any dance classes or acting classes to look forward to. During that period of time, I honestly felt like a robot caught in a monotonous routine that I was not in the least bit passionate about. Like so many others, I completely lost my motivation and caught myself questioning my decision to pursue a career in entertainment, which seemed to be a lost cause at the time. By September, I had hit my limit, so I started taking more personal time and decided to get a counselor (10 out of 10 recommend). She was able to help me out of the trench I was stuck in, and I have not looked back since. I have come such a long way since then and I am much more grateful for opportunities now, and I have been able to clarify what makes me truly happy.
Thanks for sharing that. So, maybe next you can tell us a bit more about your work?
I am a dancer/actor and I have been one since I was born (or at least that’s what my parents say). To be honest I just like making people happy and I love that my career allows me to do that! Contrary to popular belief, being able to perform takes a lot of “behind the scenes” preparation. All of the character work required for a role, and training needed to dance professionally is not easy. Sometimes I spend days coming up with backstory for a character and getting into their mindset, just to succeed at an audition let alone a paying job. A career in this industry requires a ton of self-discipline, and I am so thankful to dance for that. My dance background has helped me in every aspect of my life, especially when it comes to acting. Because of dance, I am able to take direction easily and I have learned great listening skills, which is a necessity while being on set. Dance has also had a huge impact on my work ethic, which has helped me land jobs and roles strictly because I am willing to put in more effort than most. I am very proud of my perseverance, and my dedication towards my career goals. No matter how hard the work gets, my passion for what I do is always stronger than the urge to muddle through, and that’s a trait not everybody has.
I will never forget the moment I received my first professional job offer dancing for Holland America Line. I was 18 and, in that moment, I knew I actually had a shot of turning my dreams into a reality. That was probably one of my proudest moments!
Are there any apps, books, podcasts, blogs, or other resources you think our readers should check out?
I am in love with the Outlander books. I am not sure why they are such a comfort for me, but anytime I need to get away from the craziness that is my life, I just slip my headphones on and turn on the audiobooks. Along with that, I do have to say FaceTime is my favorite app! Keeping up with my friends and family that I do not get to see often is one of my favorite things to do. 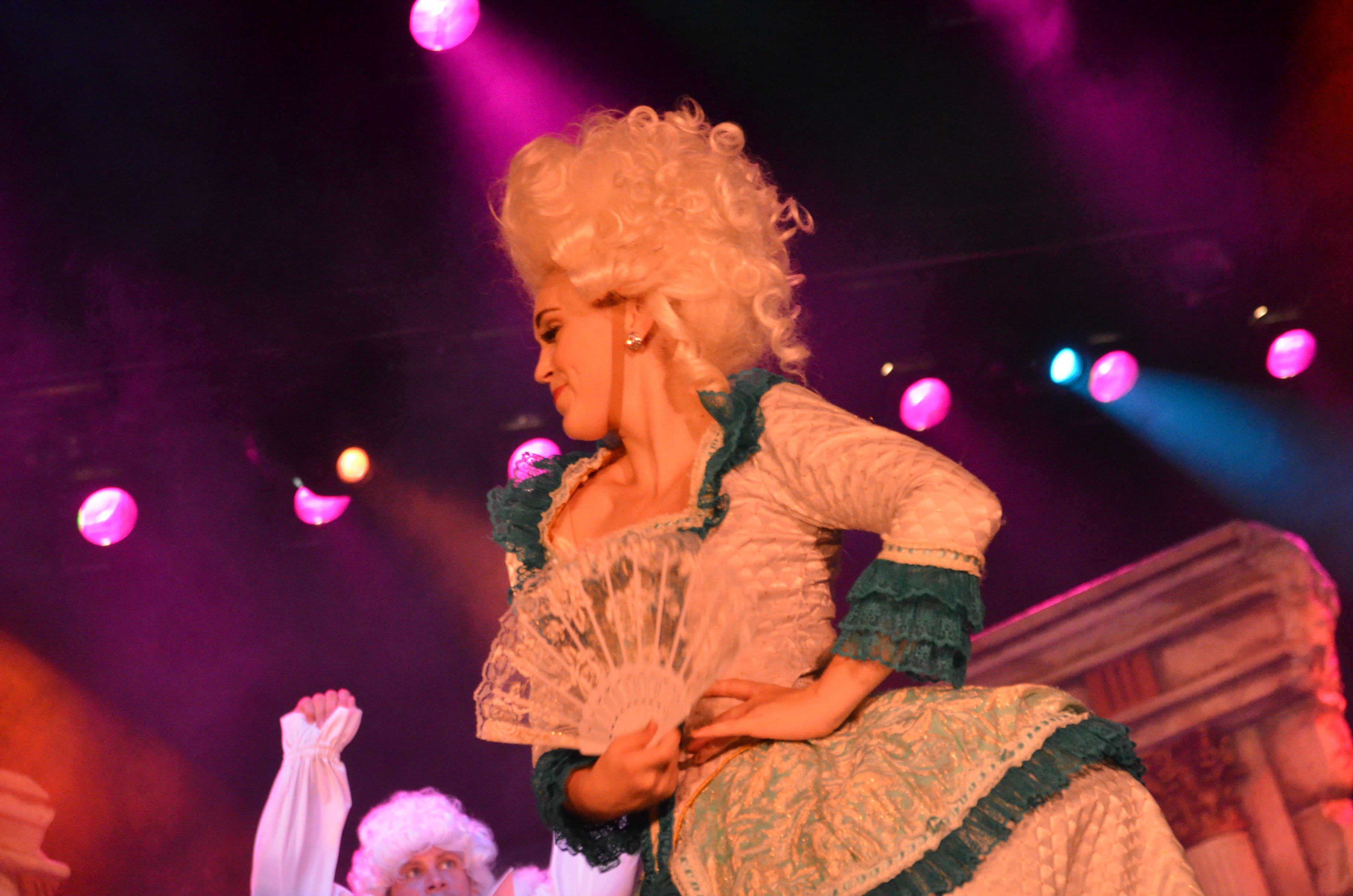 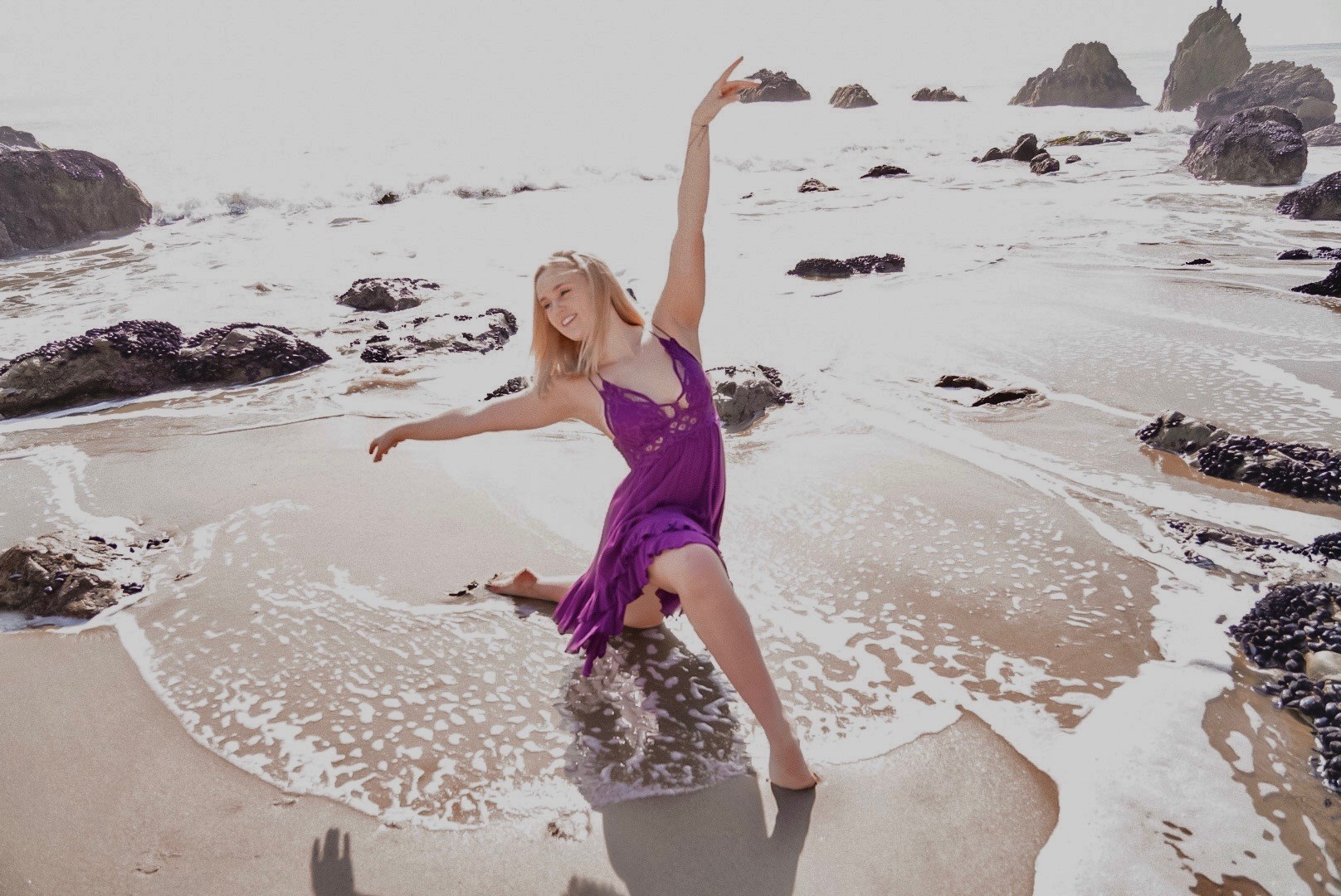 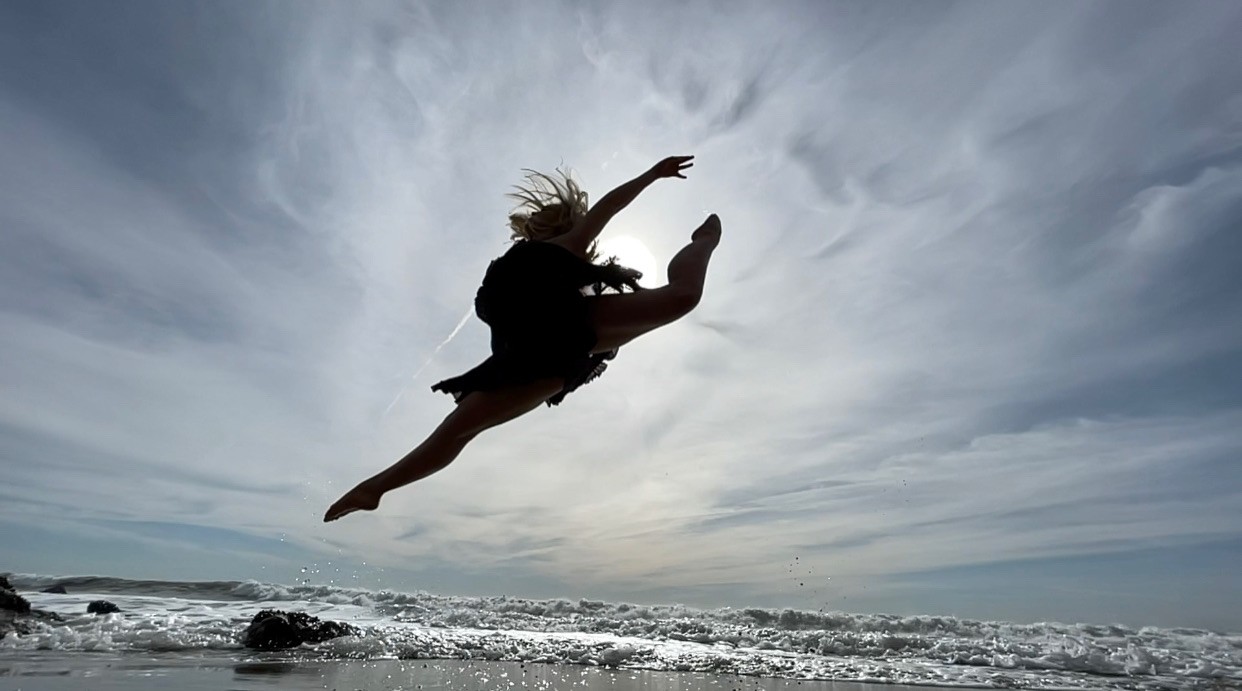 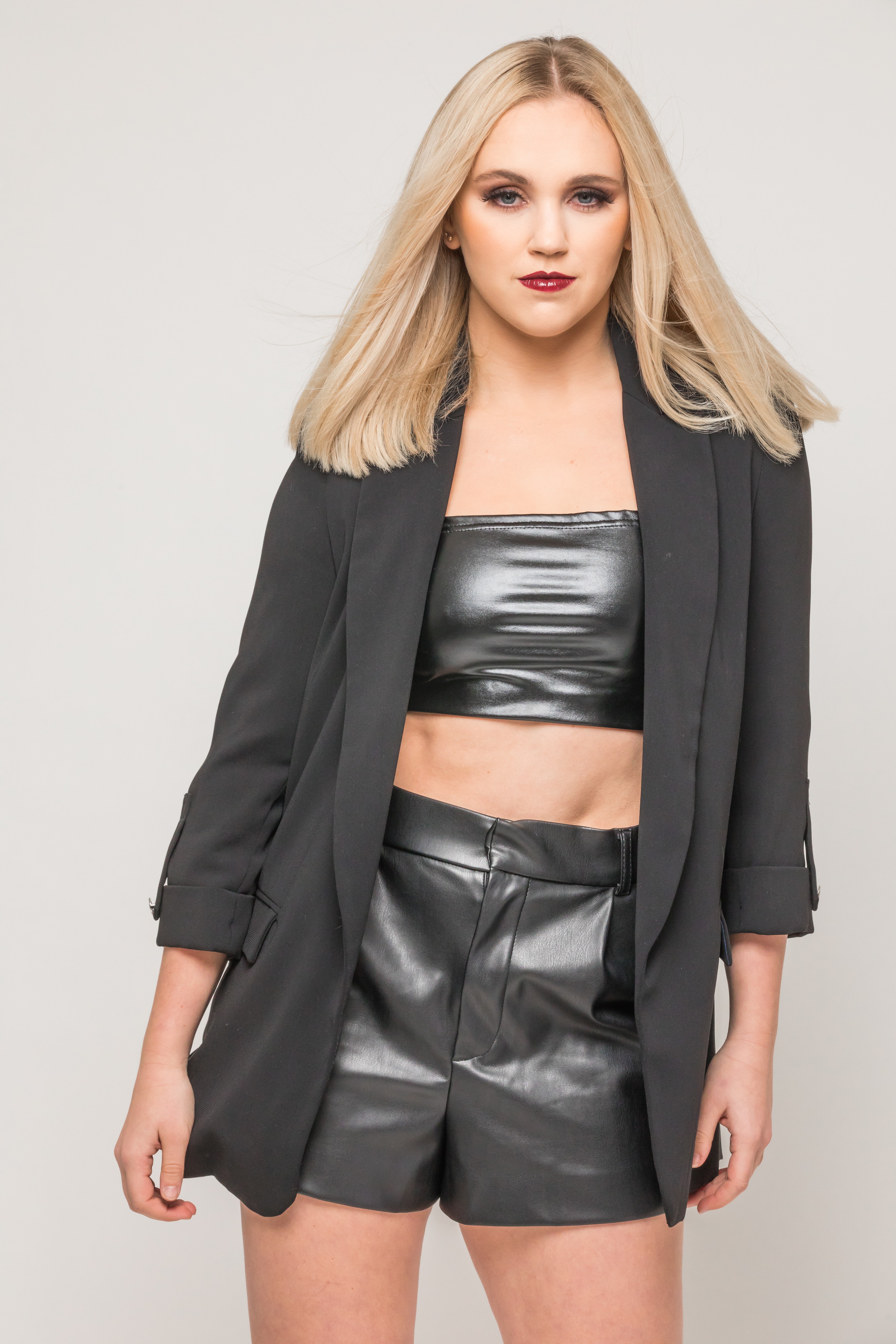 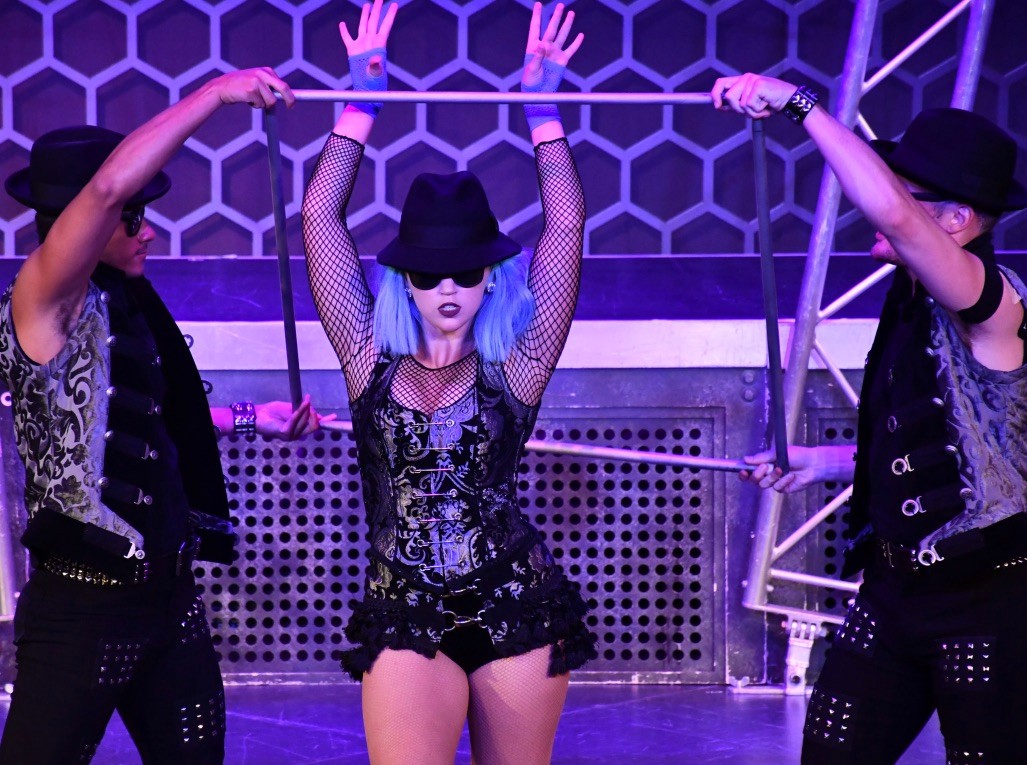