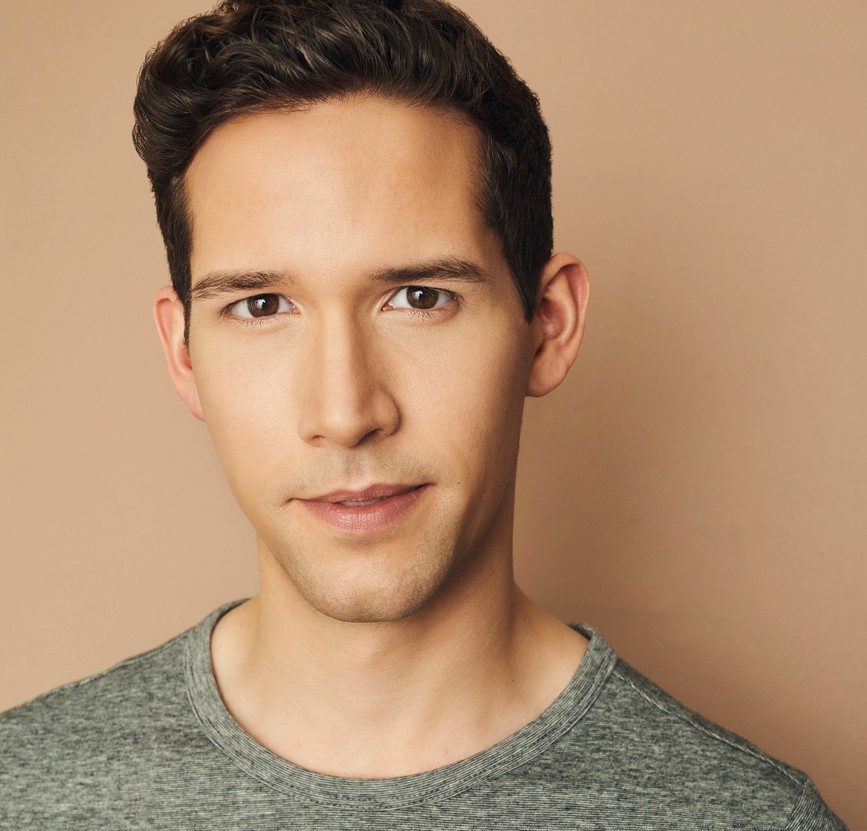 Today we’d like to introduce you to Mitchell Muniz.

Hi Mitchell, so excited to have you on the platform. So before we get into questions about your work-life, maybe you can bring our readers up to speed on your story and how you got to where you are today?
When I was eight years old, I starred in a youth production of Alice in Wonderland. Before then, I’d never set foot on a stage. I played the Knave of Hearts (I stole the queen’s tarts). I was especially excited to play this role because I got to eat a mini cherry cheesecake during the show. I remember thinking how jealous all the other kids must have been. Sure, I didn’t have that many lines but I got to eat on stage AND in costume!

I was born in the small city of Racine, Wisconsin, and even though it’s technically a city, it was really more of a small town. My parents have always been active in the community as small business owners, so no matter where we went they always ran into someone they knew. Lucky for me, Racine was very close to the Amtrak that would take you right to downtown Chicago. I started taking acting classes for the screen at Acting Studio Chicago during my freshmen year of high school. It was here that I got my first ever headshots, had my first agent showcase, my first agent meeting, and my first audition for a feature film–An Adam Sandler movie.

My high school was very small. I had a graduating class of only seventy-six people. When unified auditions for theatre schools came up, four of us went. Our theatre director coached each of us on our chosen materials after school. She even traveled with us to Chicago to support us during our auditions. I will always be grateful to her for that.

My high school graduation gift was a trip to Los Angeles with my mom. I had always told her that before I went to college, I needed to go to LA to make sure I liked it. I was awestruck the entire time. My mom kept commenting on how quiet I was.

We did everything from a walk around Hollywood Blvd to seeing a movie in Grauman’s Chinese Theatre to taking an eight-hour bus tour around the entire city. Before we boarded our flight home, I bought a “Before They Were Stars” People magazine. I read about the totally normal lives most of these stars lived before they made it, and as our flight took off I quietly said to myself:

It would just take a few years longer than expected.

I ended up getting into a small liberal arts university in New York–the last school I auditioned for. I felt a couple of things when I got the acceptance packet in the mail. On the one hand, I was excited because I had done it! I had been accepted into a school for acting, and on the other hand, I was disappointed because New York had never been a part of my plan. Going to LA was always the goal. I dealt with deep feelings of displacement well into my college life. Yes, I enjoyed school a majority of the time but LA was always at the back of my head, poking and prodding.

I spent my summers in Manhattan where I took classes at Stonestreet Studios for screen acting. Stonestreet is affiliated with NYU and has a ton of famous and up-and-coming alumni. Namely Camila Mendes (Riverdale), Francesca Reale (Stranger Things), and Danny Ramirez (Top Gun Maverick). Seeing where they are now compared to just a few years ago when we were classmates is one of the most surreal things I’ve ever experienced.

In 2017, I finally made the move to LA. It was the hardest fucking decision I have ever made. I was in a relationship, I had a great circle of friends, and I was even freelancing with a couple of agencies but even so, I just wasn’t totally fulfilled. I packed up my apartment in Astoria, Queens and I said goodbye to everyone I knew. Then I hopped on a plane to the other side of the country where I knew no one.

My four-year anniversary of living in LA is just around the corner on July 15th. Crazy to think just how fast time has gone. In that time I’ve cried, lived in a roach-infested apartment, made friends, cried some more, got an agent, got dropped by said agent, cried again, had hundreds of auditions, gotten callbacks, been depressed, taken many classes, been rear-ended on both the 101 and the 405, got a new agent, and found my actor community.

We all face challenges, but looking back would you describe it as a relatively smooth road?
I have always struggled with comparison.

One night I was sitting on the couch scrolling through my phone when I passed a Hollywood Reporter article. Typically I’m used to seeing the face of a well-known celebrity but this time, I recognized the face. It was a former classmate of mine from back in New York. A person I had once sat next to. I felt a few things in that moment—happiness, disbelief, but mostly an overwhelming feeling of envy. I got completely lost in a current of my own thoughts, pulling me down deeper and deeper.

“You’re a failure. You suck. This will never happen for you. You’re not good enough. Why aren’t you there yet? You don’t work hard enough. You’re lazy.”

I was hit from all sides and sank into a deep sadness the following day. I didn’t want to get out of bed and I didn’t want to do my work—then the shame spiral hit me. The envy I felt the previous night was now replaced with thoughts of disappointment in myself. Instead of feeling immediately happy for my friend when I saw his article, why did I make his success about my journey? Why am I so selfish? Why couldn’t I just be happy for him?

A ping on my phone broke me out of my mental haze. It was a friend of mine who I met at a showcase a few years back. We check in with each other from time to time.

“How are you doing?” She asked. A loaded question.

As I typed my response, I began to analyze my day-to-day. Is it totally true that I suck or that I am lazy? No. Not it’s not. I know I have structures in place that keep me moving forward and working on my craft. Could I work harder some days? Sure. But that doesn’t discount the work that I am continuing to put in.

She said that comparison is one of those tricky things because as much as we ask ourselves how we measure up, there is no fair way to compare one person’s success to another. So many other factors go into play that we will never know. All we can ever do is be honest with ourselves about the actions that we take.

A teacher once told me that comparison is the kiss of death, and he was right. Comparing yourself takes you out of the present moment, which is the point of power, and puts you into a lack mentality. You begin to see these outside situations as things that are happening to you or things that could never happen for you. You become a victim, and all gratitude goes out the window.

Be sure to practice mindfulness on a regular basis. Meditate, pray, go to therapy—whatever helps you become aware of the thoughts in your head. Once you become aware, you can actively choose to stop giving your thoughts so much power. That’s when change starts to happen.

That change began to happen for me when I discovered that I have been suppressing my full authentic voice. This was a fairly recent discovery in therapy when I described my childhood self. I was incredibly uninhibited as a kid. I loved painting my nails in all sorts of colors and even dressing up in play dresses and wigs. It was pure magic. I could become whoever I wanted at any time. As I grew, I began to listen to the voices in my environment. Boys weren’t meant to wear nail polish or play with dolls or wear dresses. Boys played sports, and had lots of guy friends, and roughed around. I traded my authenticity for safety and security in a world that wasn’t ready to accept me for who I was.

Even though I have been out for a little while now, it took me time to accept myself as a gay man and even longer to really own my voice in this industry. If I’m being honest, I’m still working on that part. Unlearning and undoing all the biases and fears instilled in me as a kid about what it meant to be gay is a continuous process but I’m so grateful to be here doing the work.

Investing your time and energy into your personal growth is the best investment you can make in this industry. It will unlock everything else.

As you know, we’re big fans of you and your work. For our readers who might not be as familiar what can you tell them about what you do?
I’m an actor, writer, and storyteller. I specialize in getting to the depth of the characters I portray. I don’t like surface, I like what is underneath. I bring this into my own life too. I am constantly asking questions of myself and analyzing my behaviors and patterns in order to develop and grow. I believe that self-awareness is key to being a good actor.

Throughout the shutdown, I actively worked on discovering and developing my brand. What do I sell? How can I be utilized in the market? I got really specific about my casting and got new headshots that I love and that I know represent what I bring to the table. (Shout out to Steph Girard Photo)! I’m your friendly, handsome boy-next-door or your Silicon Valley tech guy who possibly moonlights as a serial killer. I could also sell the shit out of some toothpaste!

I signed with a commercial agent who I LOVE — after months of reach-outs. — And get more auditions than ever before.

I just recently signed with a manager, and received my first ever SAG feature film audition for a supporting role. I’m nowhere near the same place that I was a year ago, and I’m so grateful!

Do you have any memories from childhood that you can share with us?
I was about twelve years old and I was lying on the couch watching Stand By Me, which would go on to become my favorite film of all time. I felt so incredibly connected to the four boys on my screen–boys who were by then fully grown or passed on (RIP River)! I think I cried like five times watching it because it moved me so much. What the boys were going through felt incredibly vivid and real. It didn’t seem like acting. How was it that I could be so moved by people I’d never met, playing characters that didn’t exist?

That’s when I knew.

I got up from the couch and walked into the kitchen where my mom was cleaning.

She wiped her hands off and looked at me.

She immediately grabbed her laptop and began searching for acting classes for me. I never looked back after that. 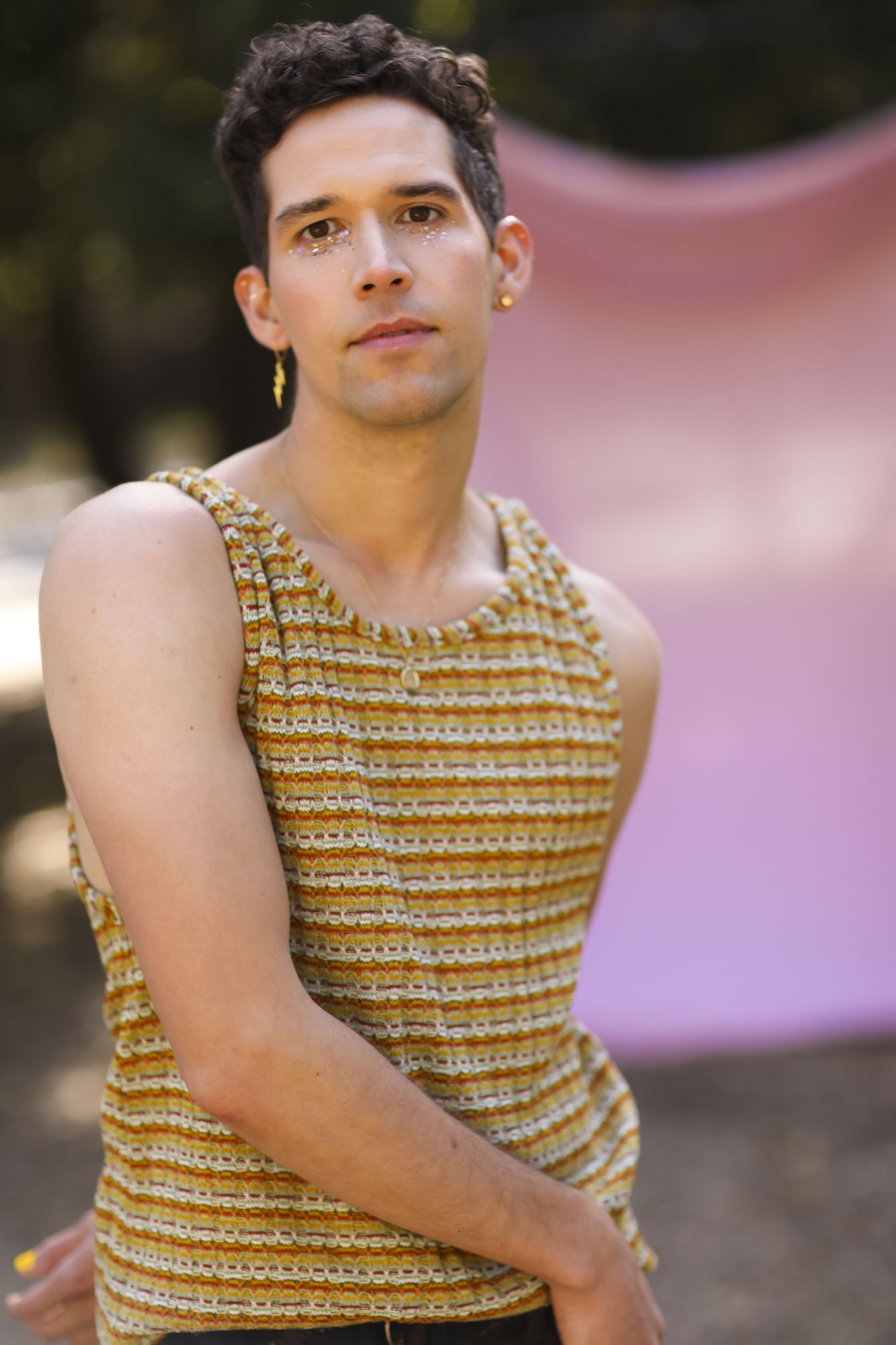 Photo by JENN THE JACK PHOTOGRAPHY 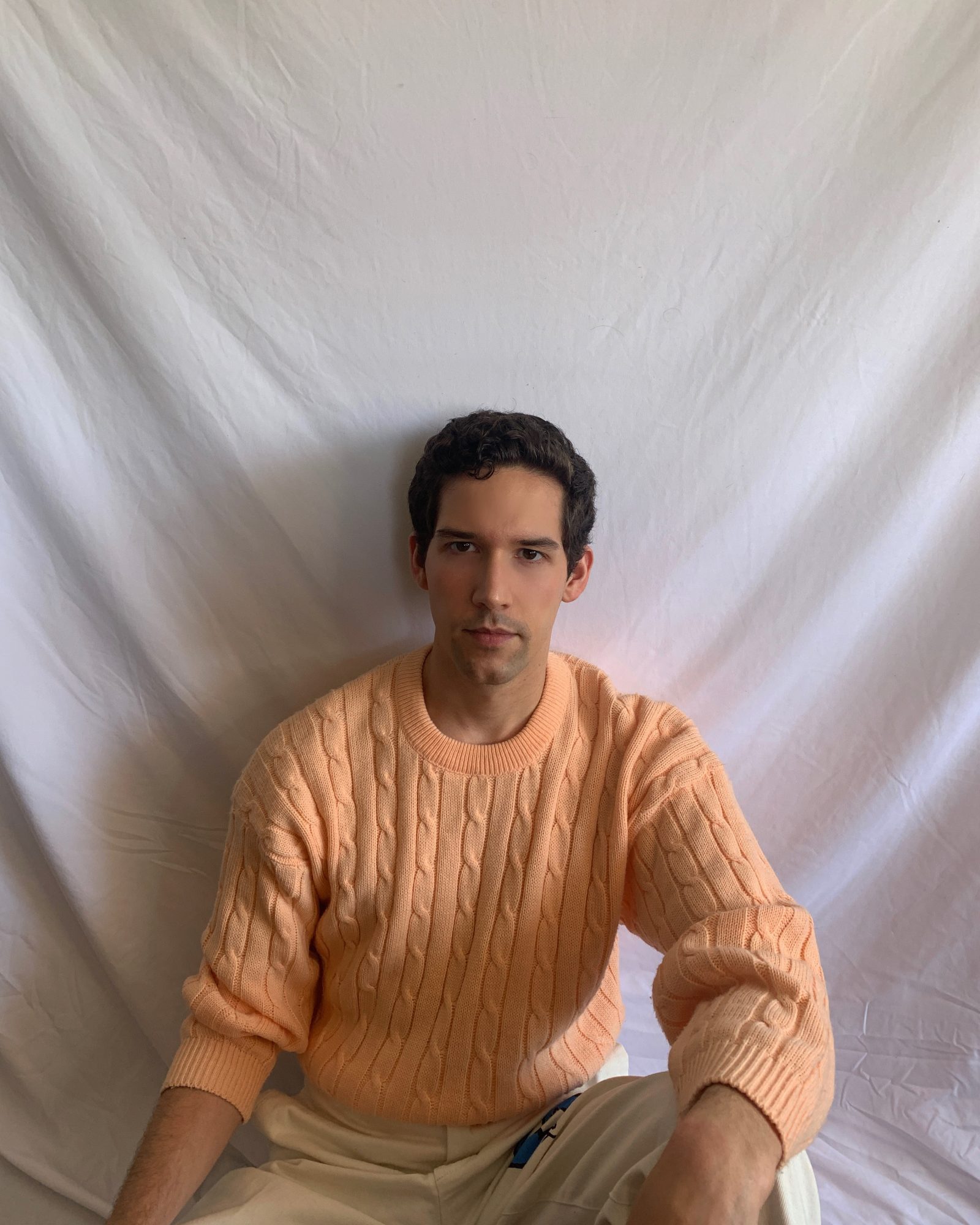 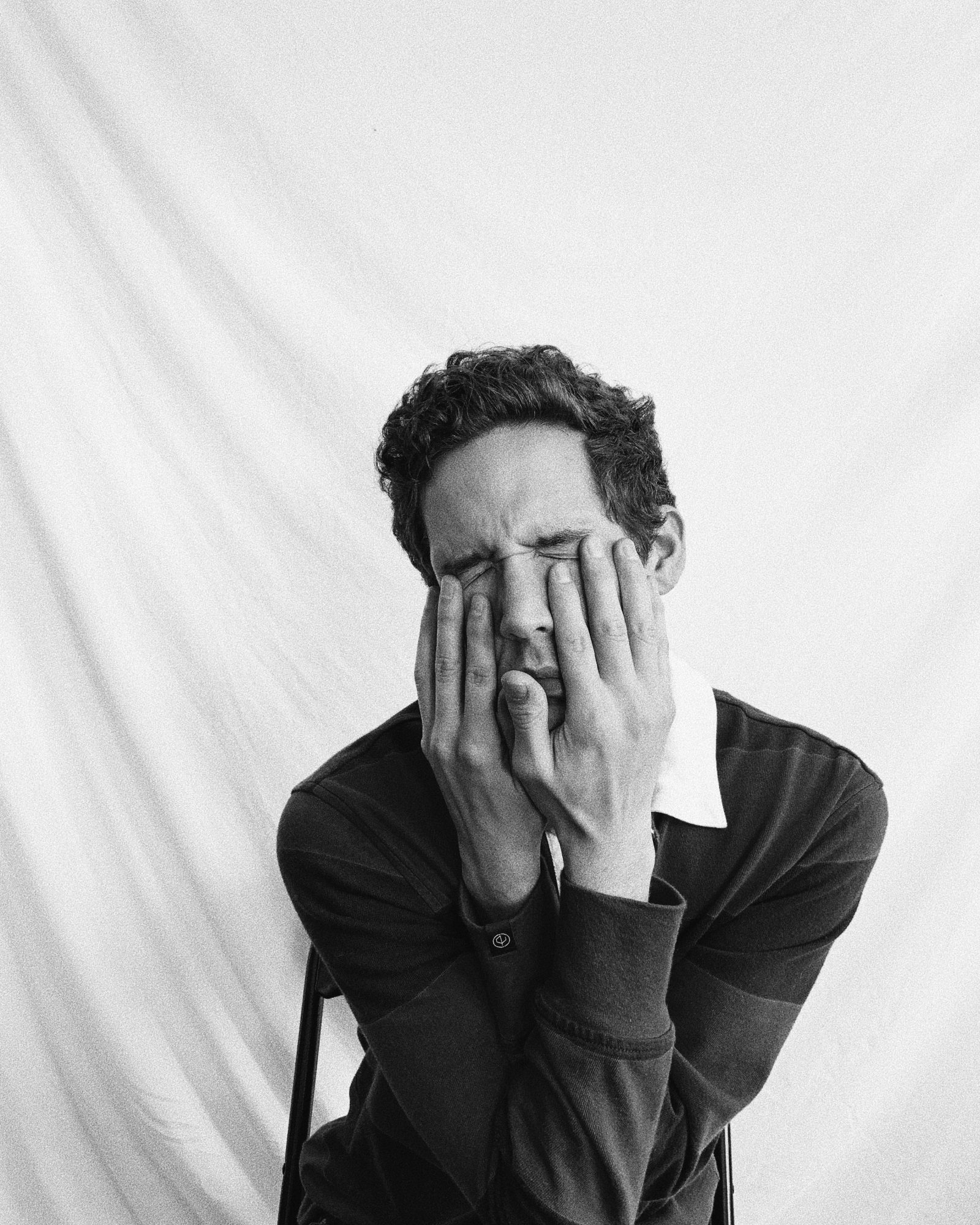 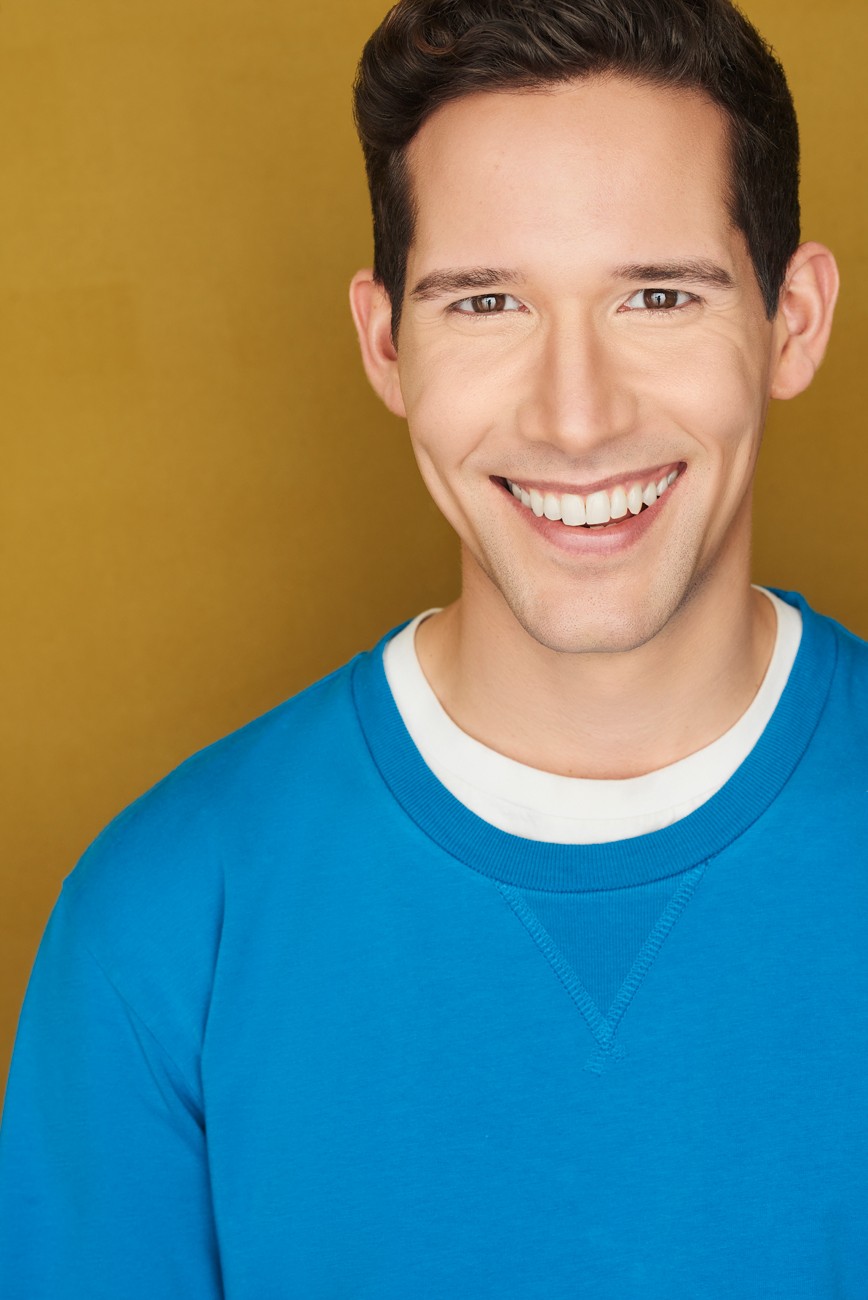 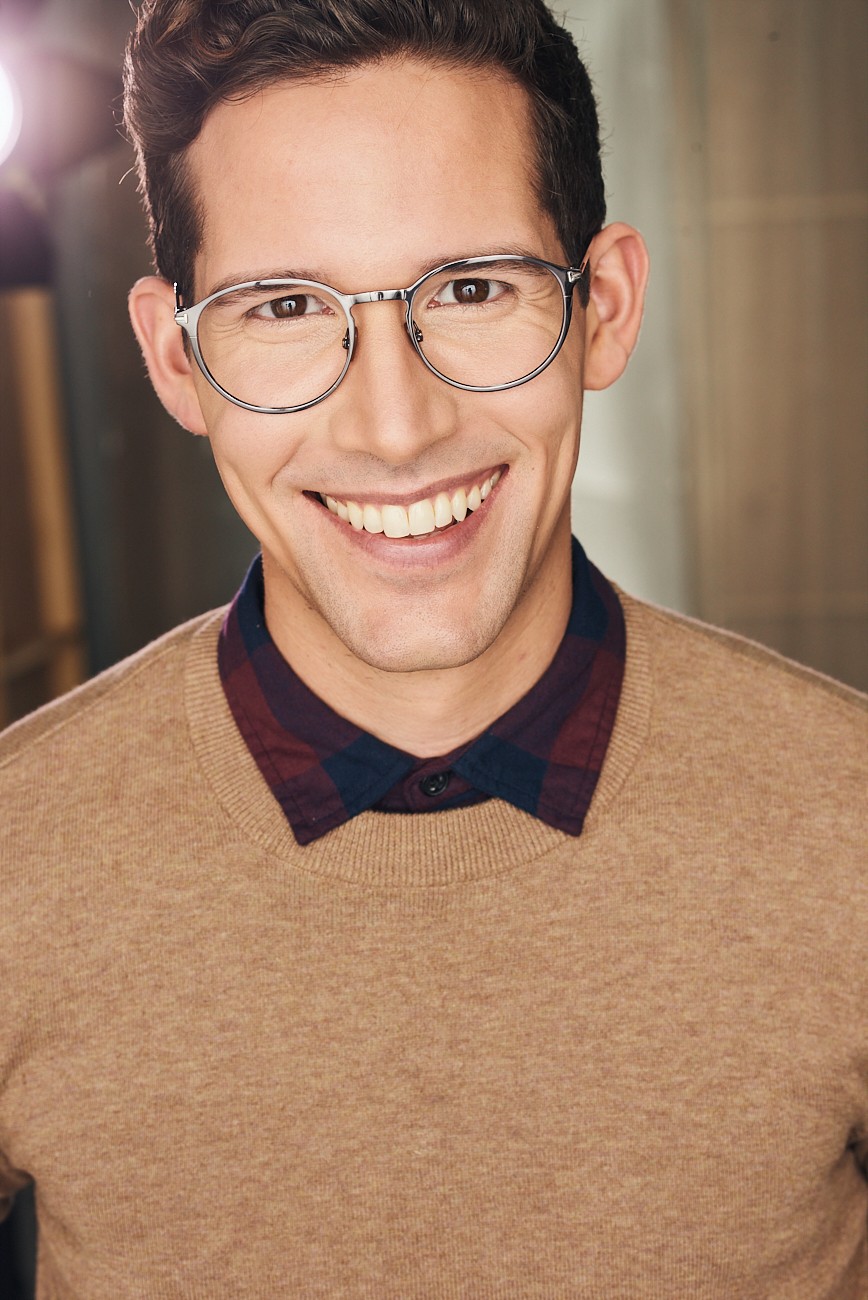 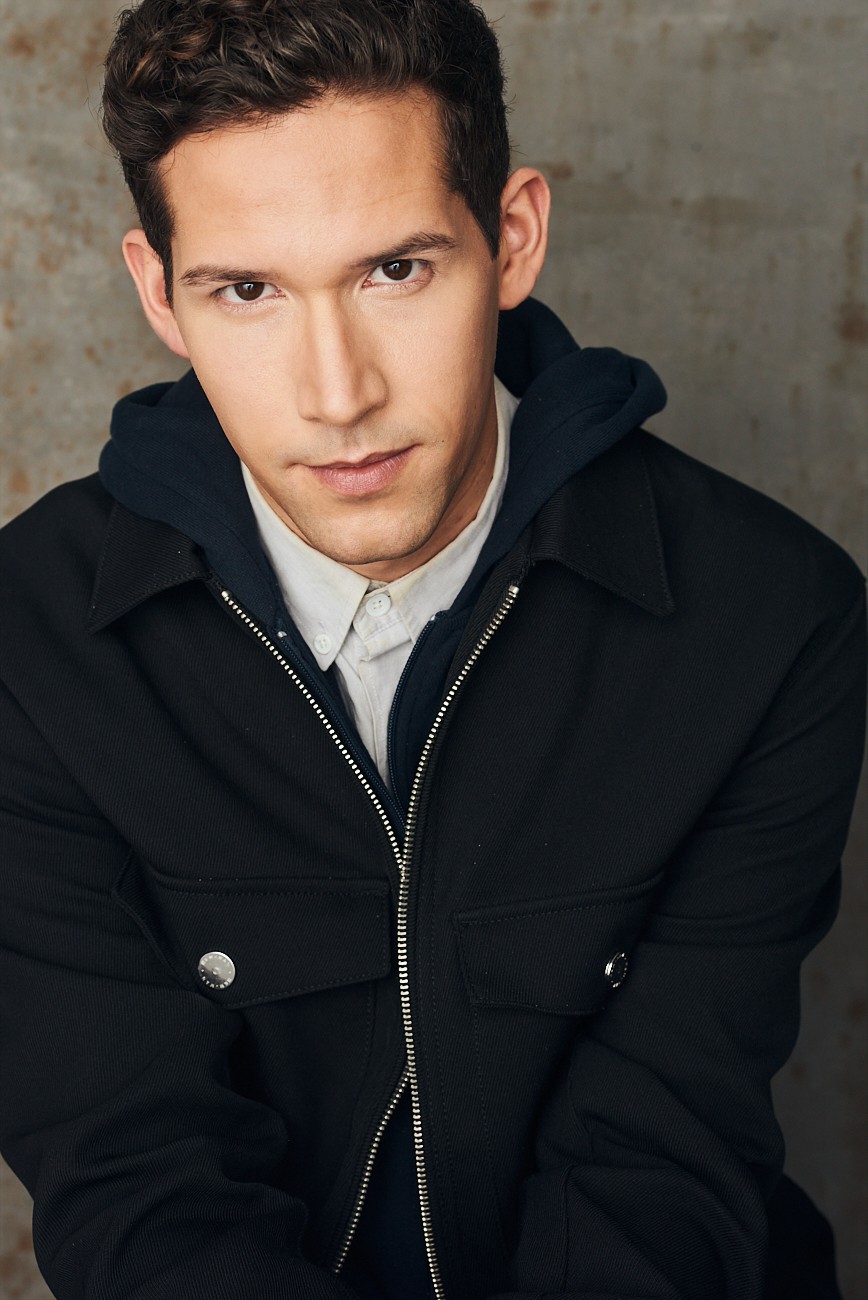