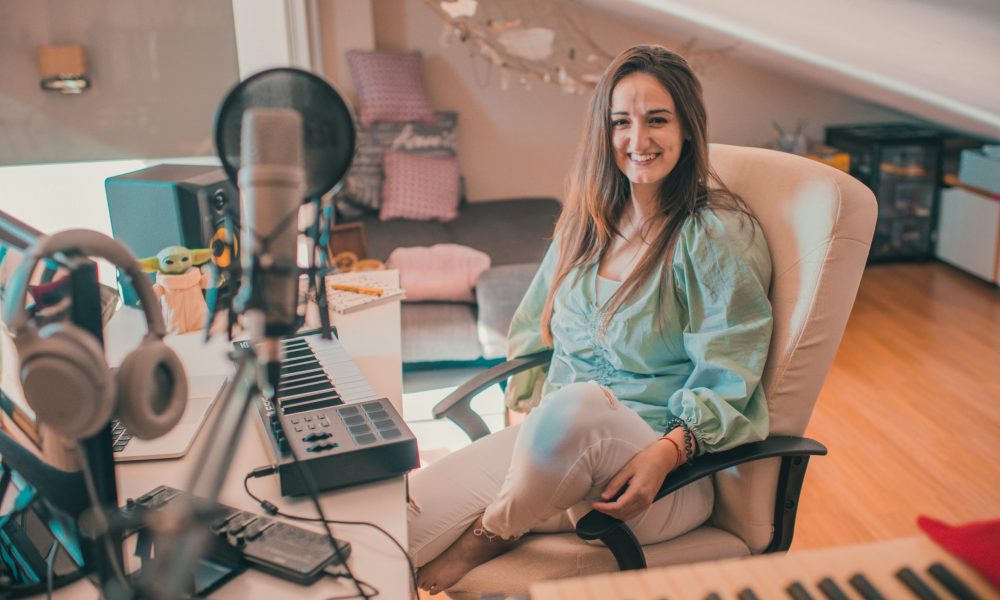 Today we’d like to introduce you to Marina Ortega Mira.

Hi Marina, it’s an honor to have you on the platform. Thanks for taking the time to share your story with us – to start maybe you can share some of your backstory with our readers?
I remember a little school trip when I was three, I had this very energetic music in my head that I couldn’t let go of. In a way, I think from then on it became my thing, a strategy for when I was bored. Writing little stories was also part of that. I started by creating soundtracks to those stories, so music and narrative got linked together very soon in my life.

I studied piano and lyrical singing in a classical conservatory back in Spain. Even then, I had more of a songwriting background, taking a little recorder everywhere and saving whatever new song idea or story to write lyrics about, and then arranging them to perform in the conservatory auditions.

My family is not related to music at all, and since I was very interested in academics as well, for my undergraduates, I enrolled both in Law and Music Composition. I spent those years in Barcelona going back and forth between one university and the other, trying to make the schedule work somehow. It was like living two parallel lives, with such opposite environments and contrasting people! I was also enrolled in the third program in Madrid that was all about interdisciplinary learning and leadership. That ended up shaping the way I think about creativity now. My main focus was always music, but everything else I was learning became a source of inspiration, especially in terms of what music could bring to other forms of art when merged.

I spent a year in Helsinki as an Erasmus scholar. There I participated in a project about generating music throw algorithms and decided to write my thesis about it. I made a genetic algorithm to develop melody and harmony and focused on the possibilities algorithms and AI could bring in scoring for films, games, and other media. That allowed me to receive the Fulbright scholarship and participate in USC’s Screen Scoring program.

Alright, so let’s dig a little deeper into the story – has it been an easy path overall and if not, what were the challenges you’ve had to overcome?
I would say the main obstacle has been hyperacusis, which is a hearing disorder that changes how you perceive sound. It basically makes everyday noises feel extremely loud and painful to tolerate, and in my case, it came alongside tinnitus (a persisting ringing in your ears that doesn’t go away).

It started all of a sudden some years ago, and as a musician that deeply affected the way I approached work. Because it was quite severe at that time, I couldn’t handle even listening to music but had to keep writing it every day. I think that’s why I got so interested in the process of music creation itself because that was forcing me to reinvent the way I had always been writing.

I focused on music production and sound design a lot during that time, trying to create sounds that would adapt to this weird way of hearing. From then on, I have been paying special attention to a score in terms of timbre, color and instrumentation and what that expresses narratively.

Can you tell our readers more about what you do and what you think sets you apart from others?
Making music is all about the process, what you prioritize, your tools, what you start with first, then second, etc… That is what shapes the final result and, in the end, your personal voice. I became interested in learning about algorithmic music, artificial intelligence, and vocal sound design. I still keep a songwriting way of thinking, so all of that combined created a very personal background, and it has shaped my music inevitably.

My process of thinking when I approach a new score is always different. As composers, our job is to encapsulate the essence of the story we are telling in a different code of communication. The connections are more abstract and symbolic, and that opens a huge realm of possibilities in terms of how you can use music to tell a story. I don’t think all these possibilities have been developed, so that is where I focus my career on.

Can you share something surprising about yourself?
I am a huge nerd in terms of video games and anime! 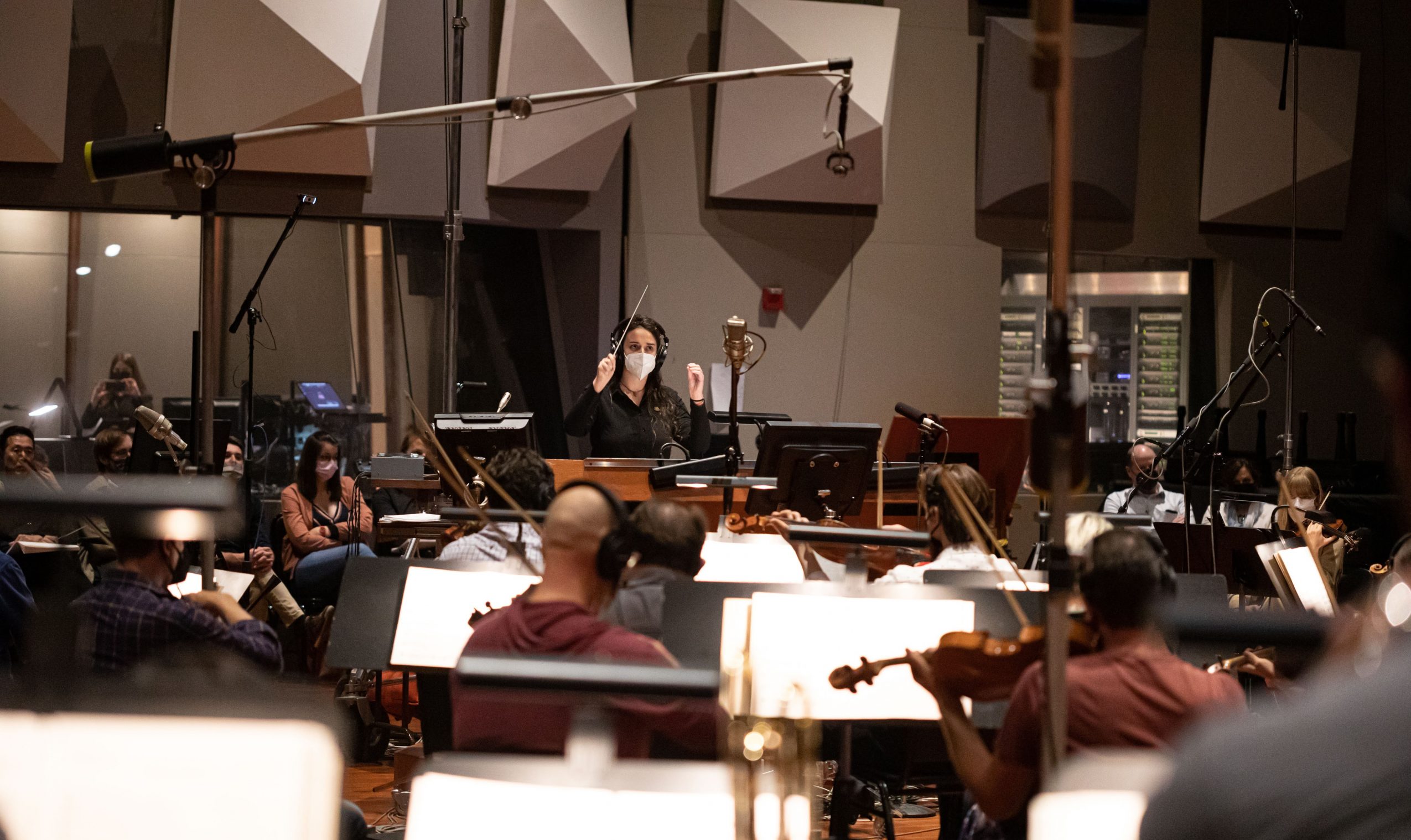 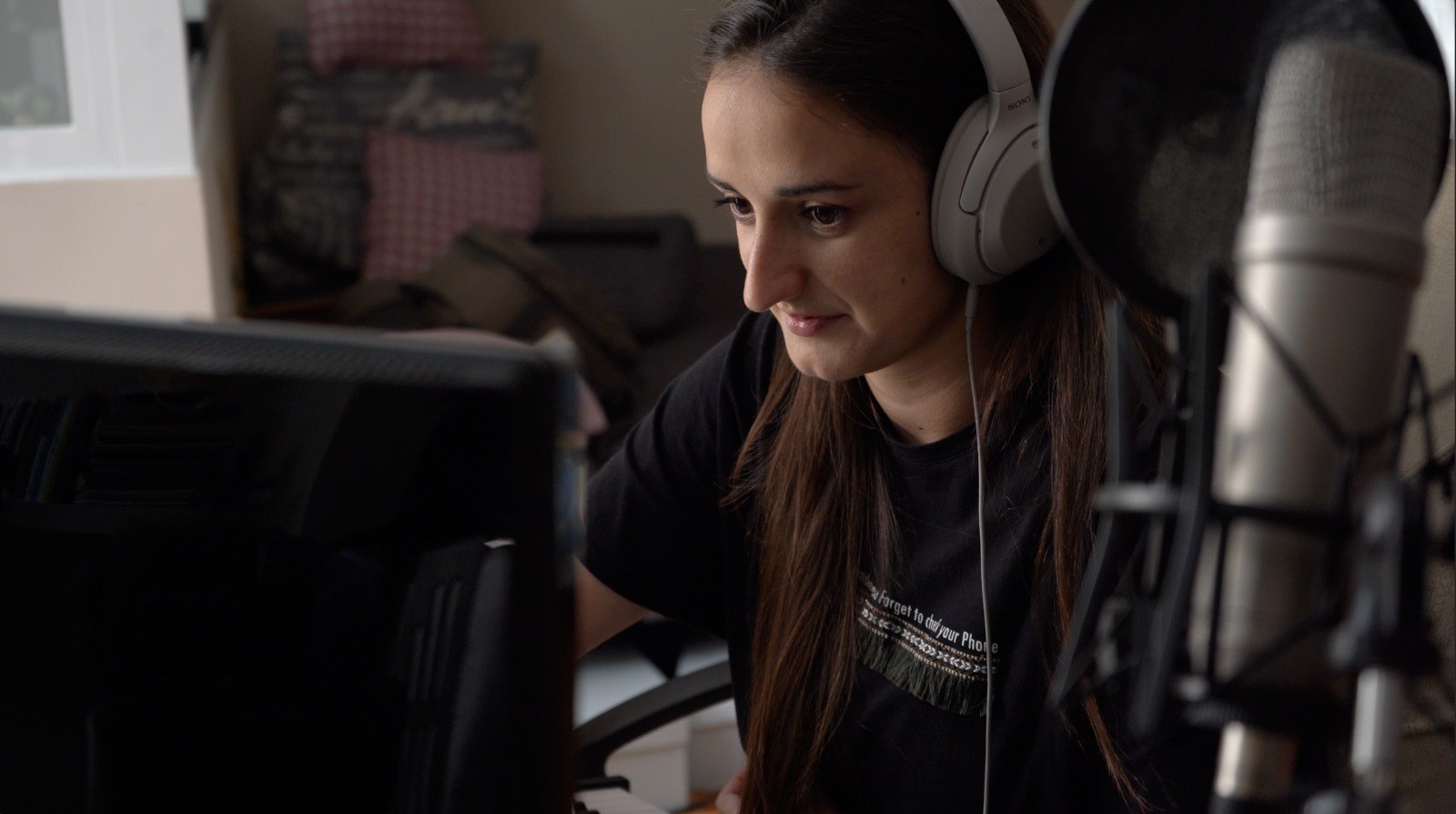 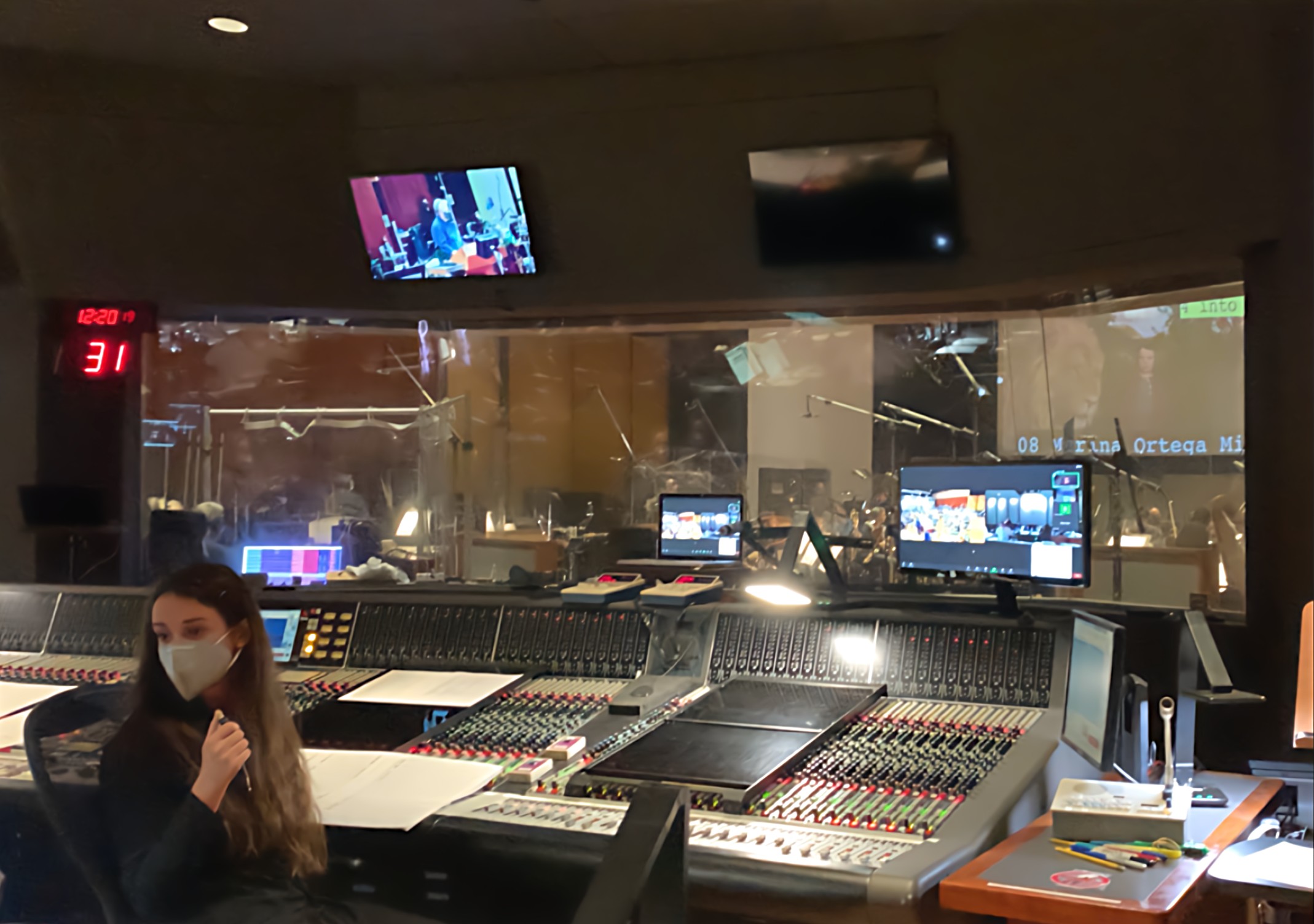 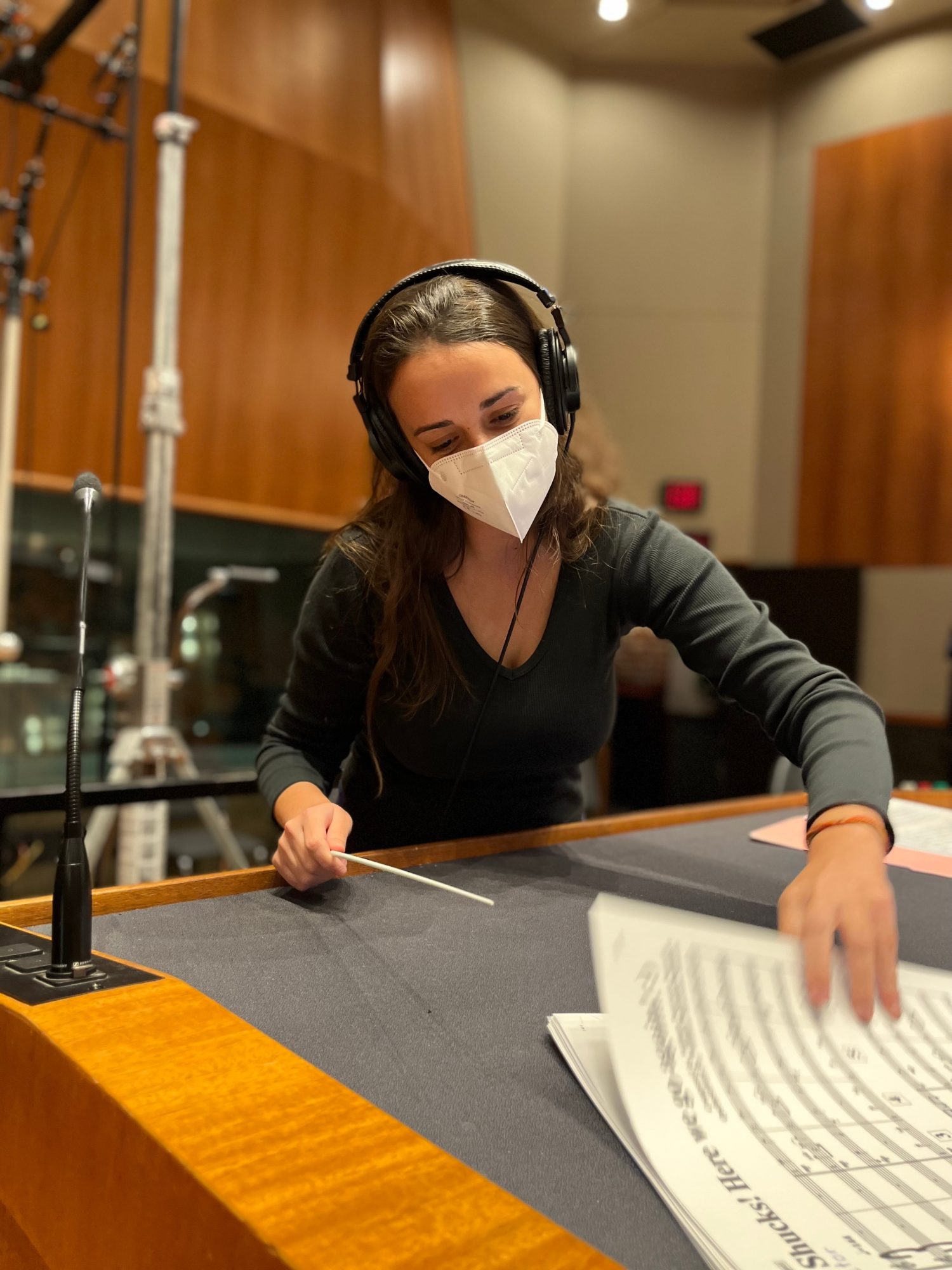 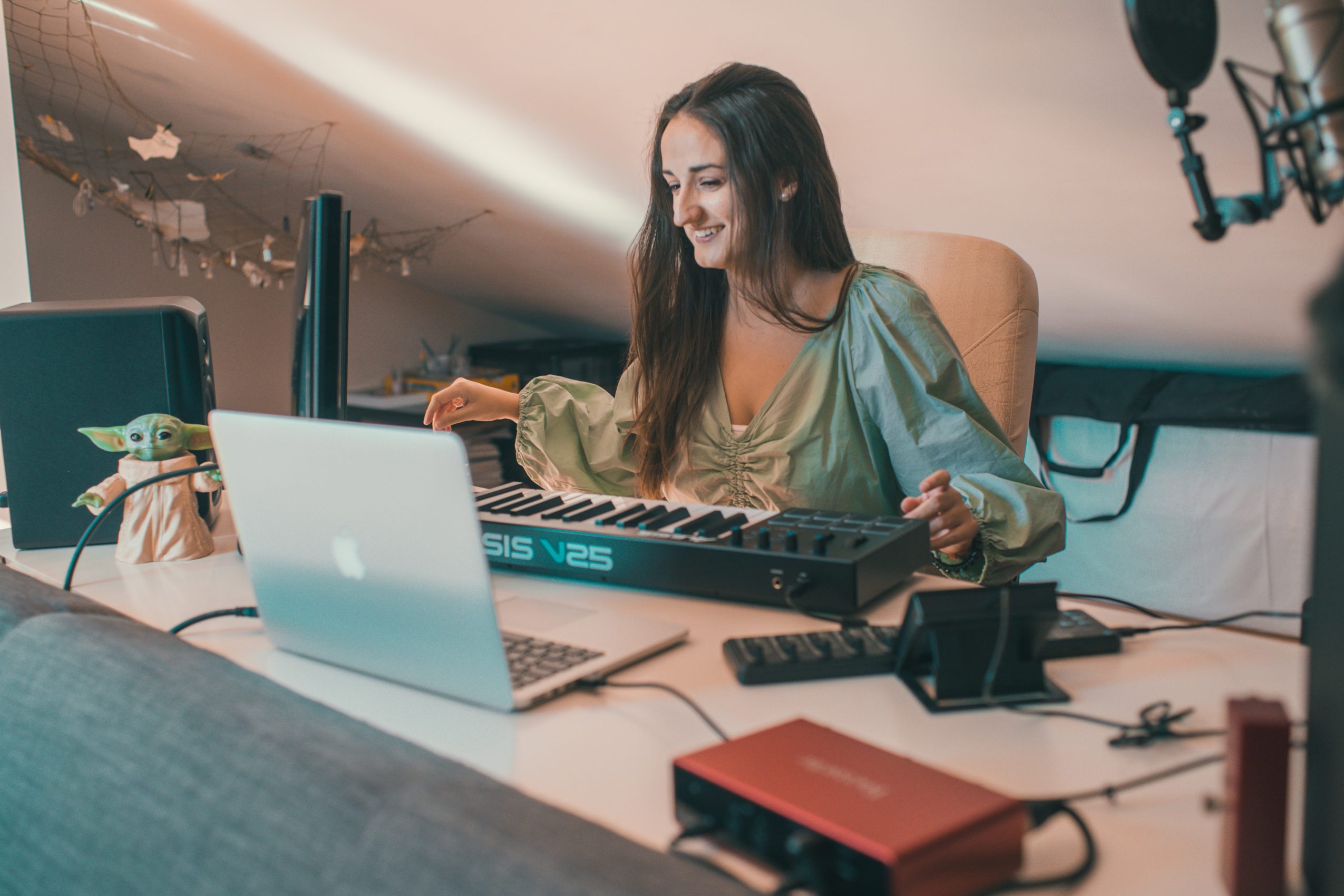 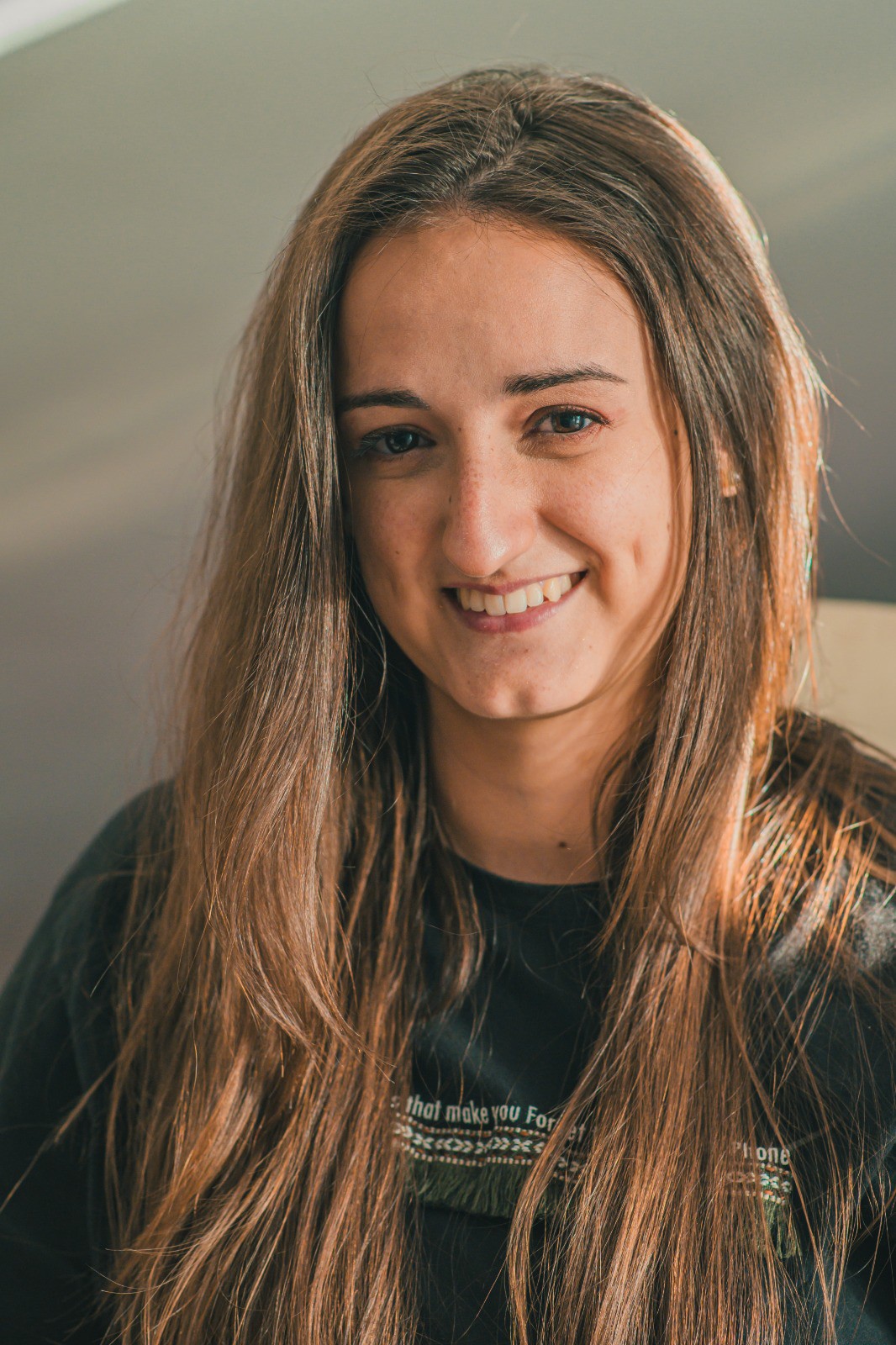 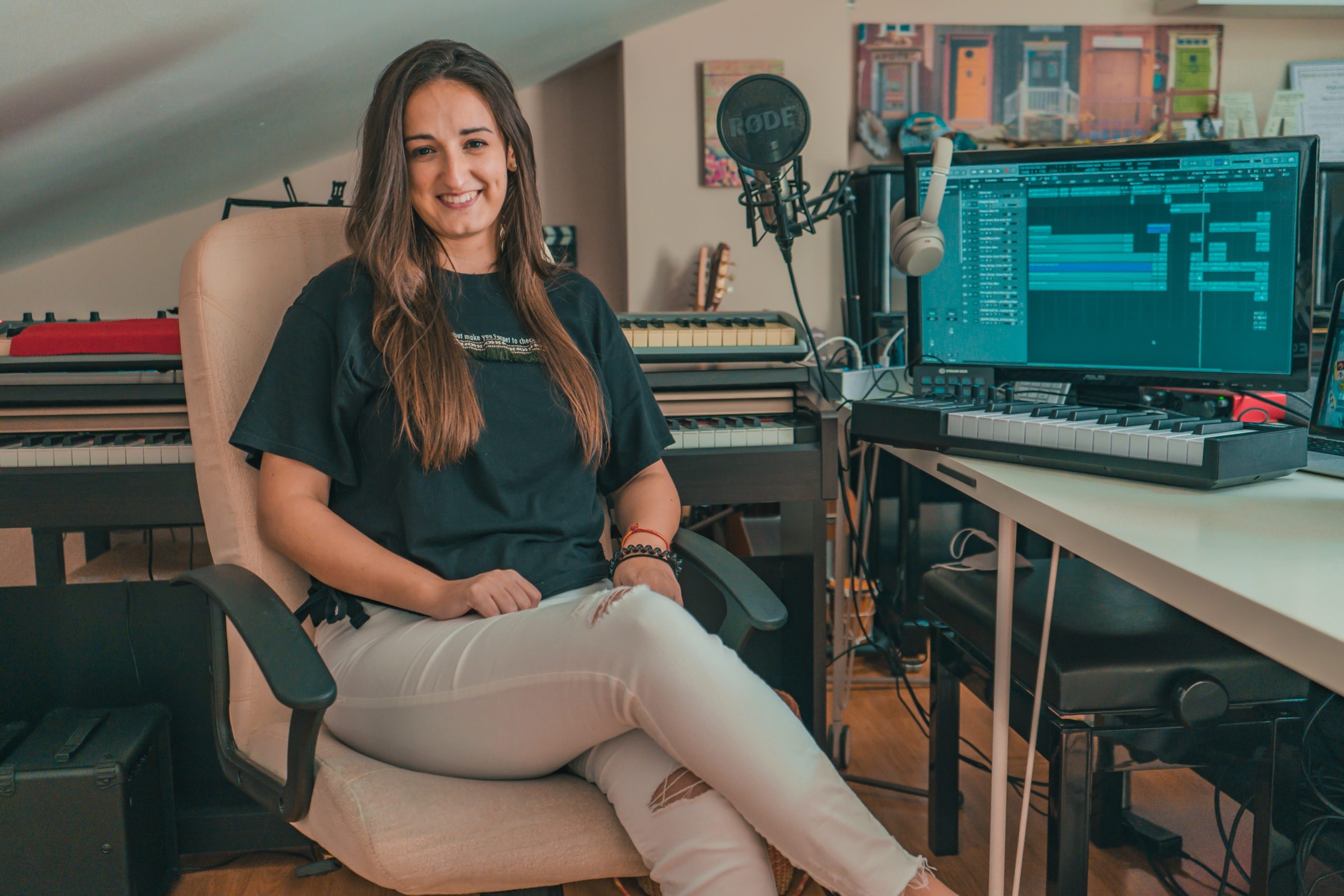