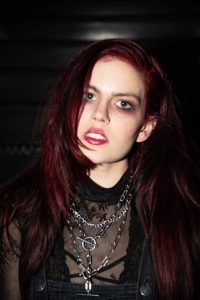 Today we’d like to introduce you to Mandi Crimmins.

Hi Mandi, can you start by introducing yourself? We’d love to learn more about how you got to where you are today?
I’ve always loved music. From an early age, I can remember being enamored by my mom’s singing voice and dreaming of performing on stage. I would headbang and play “air piano” to the entire “Fallen” album by Evanescence until my brothers closed my door. In between daydreams, I would be outside playing sports and being an active kid with my friends and brothers. All of this shifted when I was seven years old and had a severe accident at school that left me with permanent nerve damage in my arm and an altered life path. I was told to stop all activities and that I’d be lucky if I could even type on a computer in the future. So my parents helped me redirect my energy into a passion that hadn’t been taken away: music.

What was once a childish daydream became my ultimate passion. I started taking voice lessons, and by age 14 I was already performing on stage at every local venue and open mic night. I was blessed with unbelievably supportive parents who never balked at driving me somewhere to perform. I soon thereafter discovered the joy that is songwriting and realized this was what I wanted to do. I started teaching myself piano every day after school. I was then accepted into Berklee College of Music where I majored in Songwriting. I was taught by Grammy-winning artists such as Paula Cole, whom became a close mentor and friend. Berklee took my love of songwriting and music and molded me into the artist you see today. While at Berklee, I recorded an EP of original songs called “Piece me Back Together” with a bunch of my friends.

After graduating, I went right back into the studio and began recording a sophomore EP called “Metanoia”. This sound was more mature and rock-influenced; I was just beginning to find my voice. I went on my first self-produced east coast tour playing at legendary NYC venues like Rockwood Music Hall and the Bowery Electric. It was shortly after that I signed with my first management company.

I became a frequent visitor of LA. I would fly in to work with producers and record music videos every few months. I released “Making Me Hate You” in 2020 right before the pandemic hit, and “Anyone But Me”, and “Misery Loves Company” once able to travel again in 2021. During the pandemic, I had started posting videos to TikTok and had amassed an audience of fans from across the globe. It was thanks to that app that I landed my first brand partnership – a SoCal-based alternative apparel brand who made a custom jean jacket for the music video for my single “Anyone But Me”. The brand founder and I also happened to fall in love, which was a happy accident.

The childhood daydream of living in LA started calling on me more and more.

In August 2021, I moved to LA with my clothing designer girlfriend, whom also happens to be my Creative Director. We began creating so much art with each other and friends, thus my latest single “Hurts So Good” came to life. I just had my first major LA showcase with Breaking Sound, a company showcasing emerging acts in every major city.

I’m constantly evolving as an artist and have never felt more creative since my move to LA. I cannot wait to share what’s next.

Would you say it’s been a smooth road, and if not what are some of the biggest challenges you’ve faced along the way?
“Imposter Syndrome” gets to every Creative at some point. It’s sometimes hard to feel like you’re good enough at a place like Berklee or in LA, where you’re surrounded by crazy talented humans everywhere. But what I’ve learned is the key to stamping that out is to STOP COMPARING YOURSELF TO OTHERS.

It’s hard and I still do sometimes, but everyone has their own path and reminding myself that absolutely no one can be the exact artist I am helps. I instead focus on the people my music touches and affects and how blessed I am that I get to do this for a living.

Thanks – so what else should our readers know about your work and what you’re currently focused on?
I am an Alternative-Pop artist with an edgy emo aesthetic.

My influences range from Evanescence, Paramore to PVRIS, Sizzy Rocket, Maggie Lindemann. I’m obsessed with crafting the best lyrics. I want the listener to feel drawn in by my words and hooked by my melody and the instrumental. I love marrying the “alt” sound of experimental/non-traditional sounds (screams, chains, whispers, etc.) mixed with real instruments – it creates this unique soundscape that I’m addicted to. As of recent, I’ve been producing a lot more of my own music. My next single is actually my first official co-produced song and I am beyond excited to share it with the world. 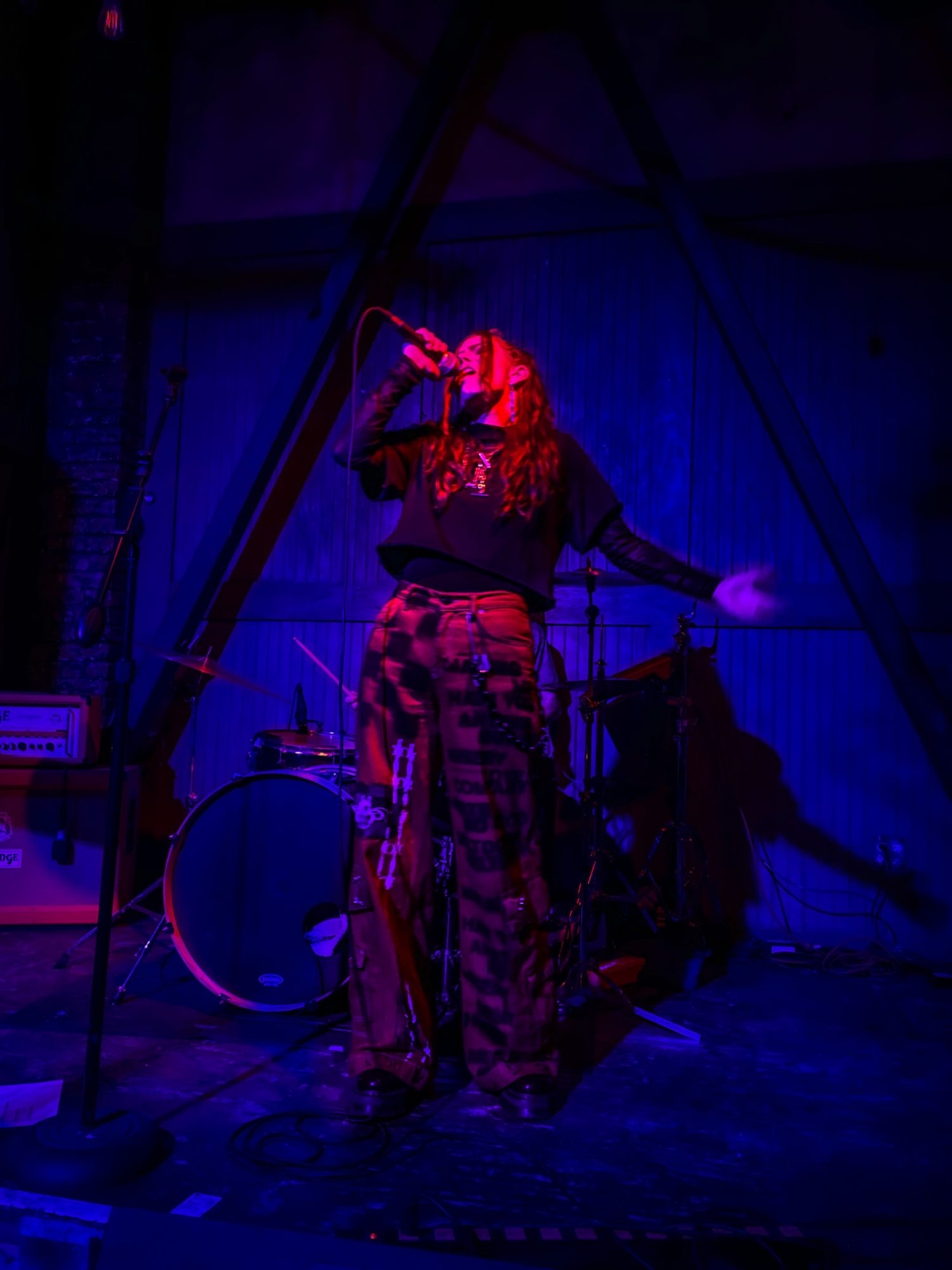 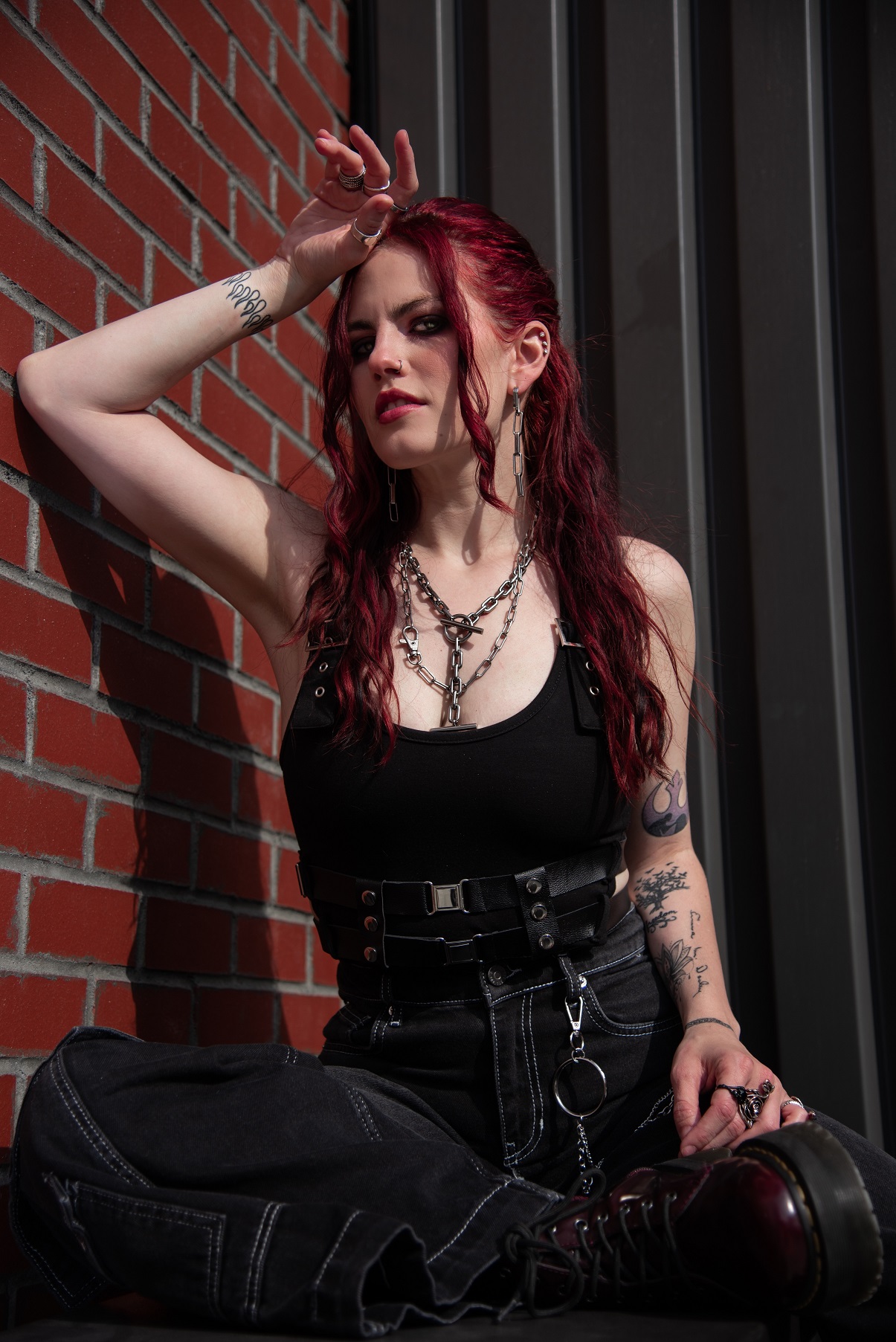 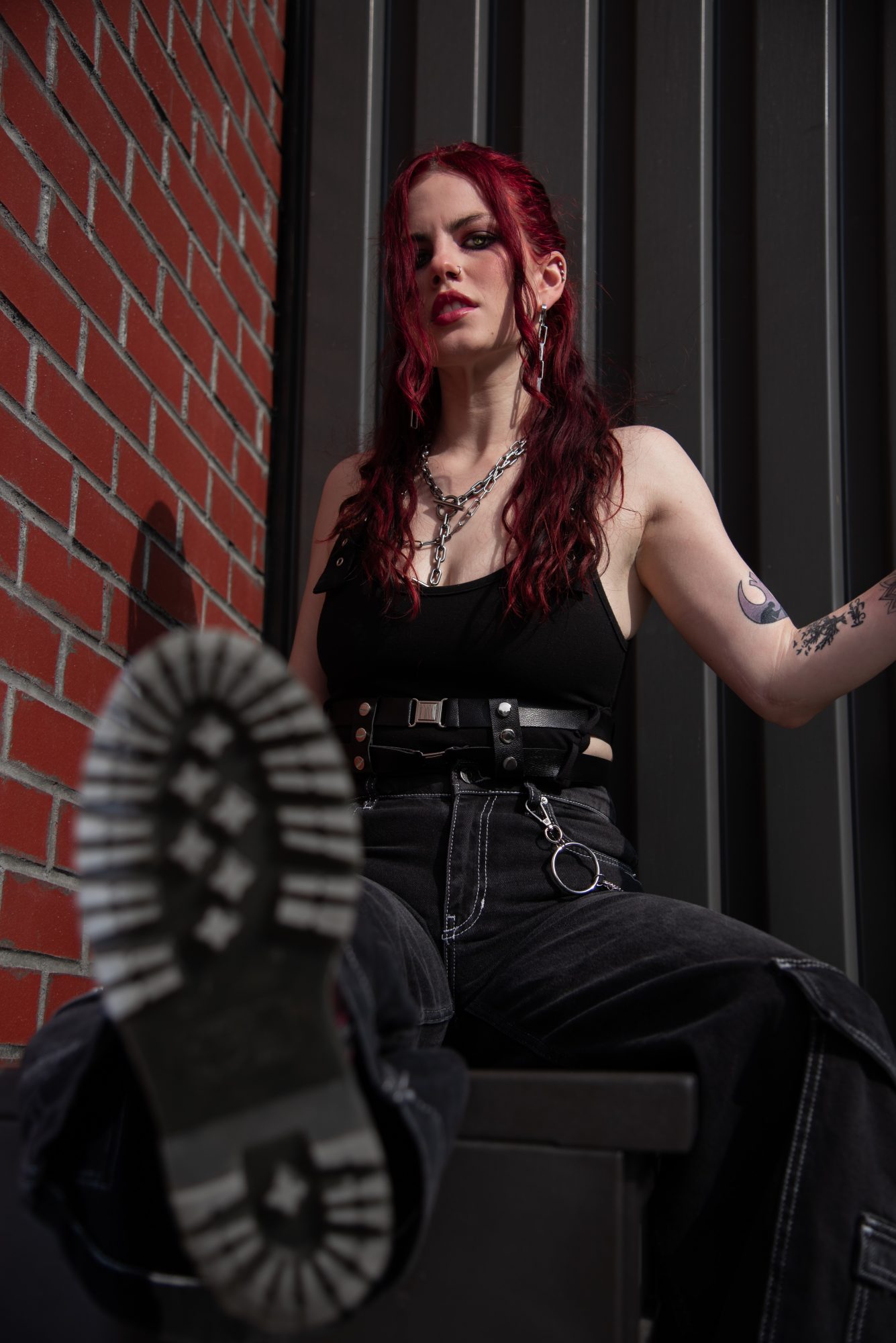 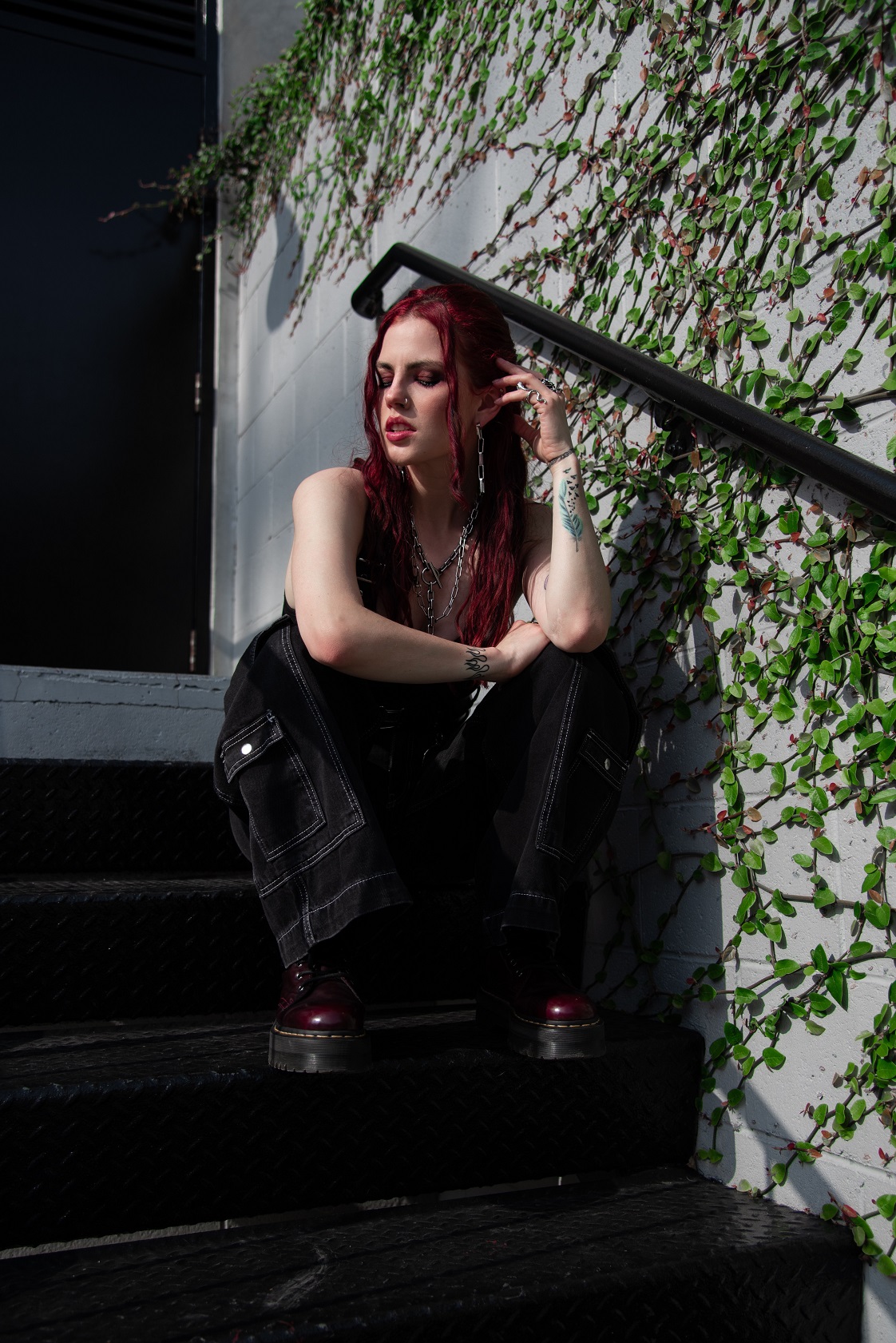 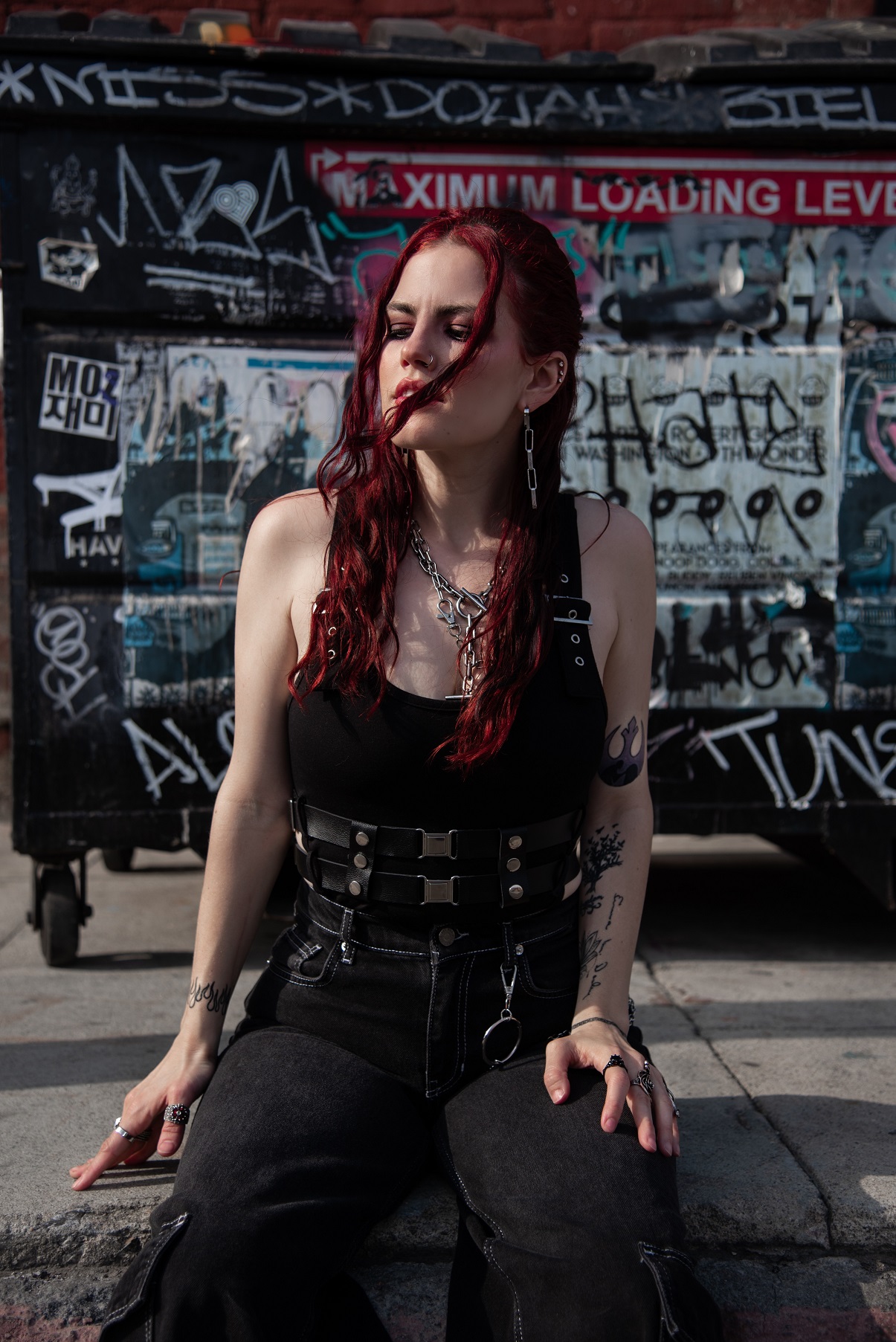 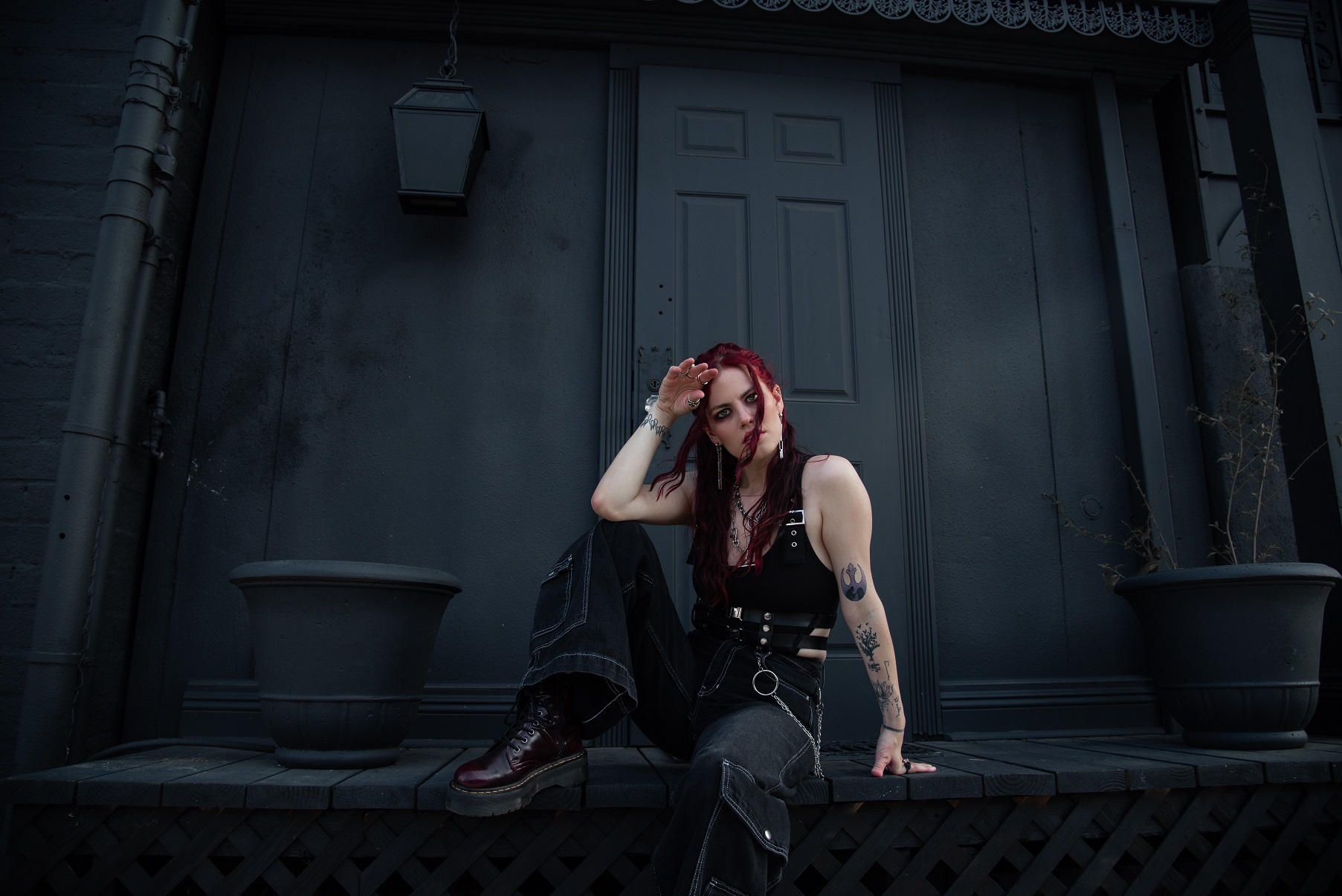 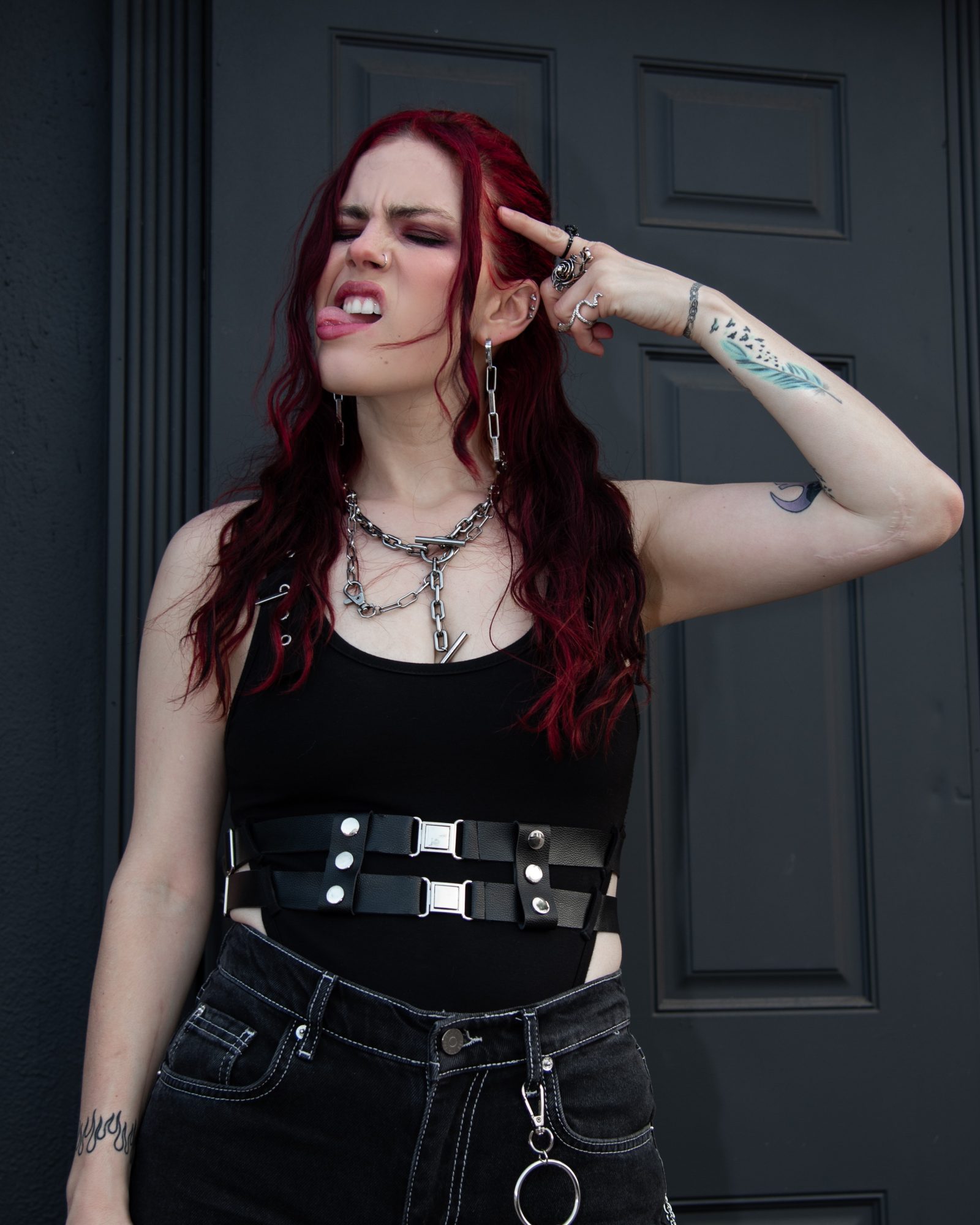 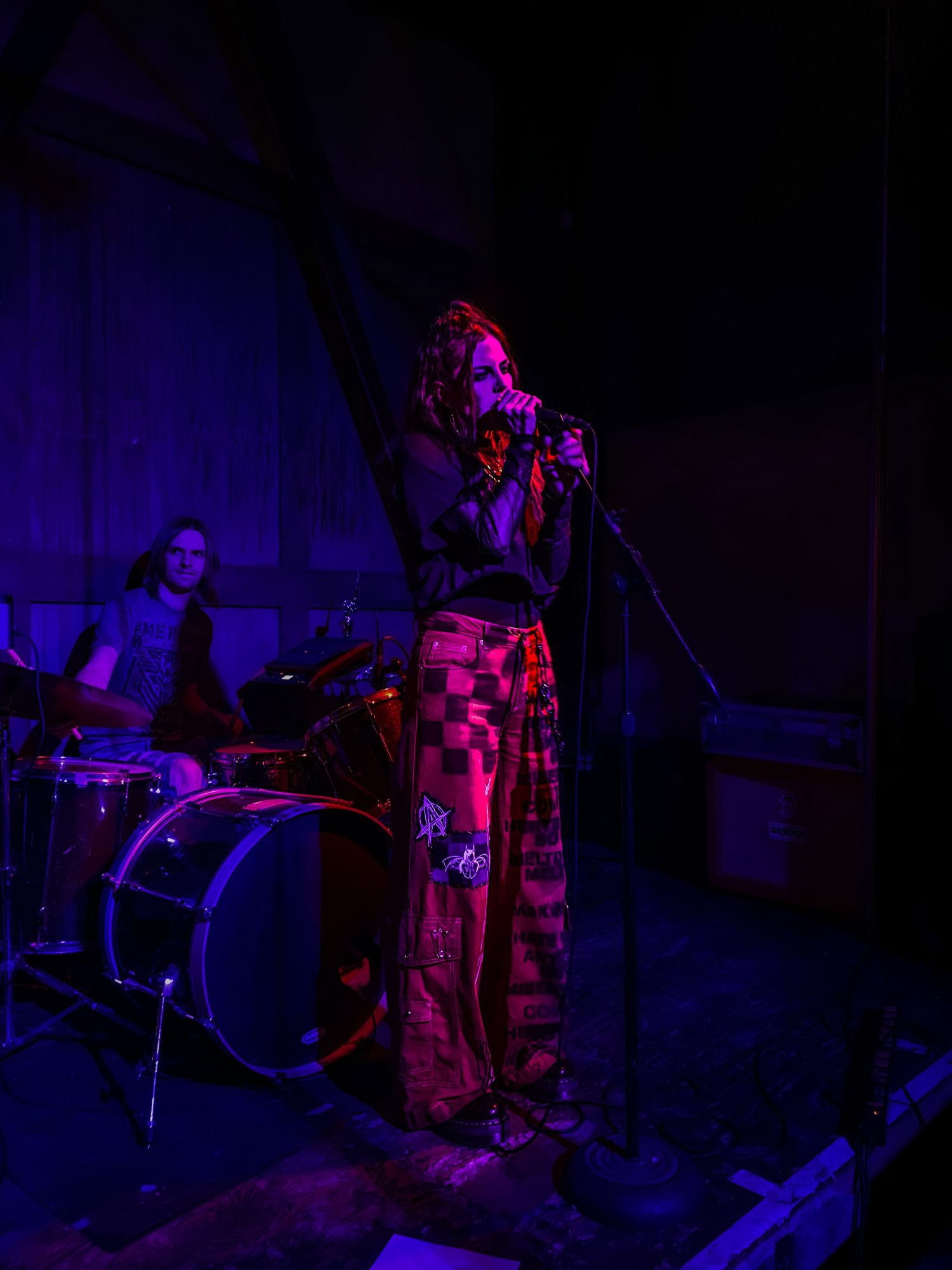