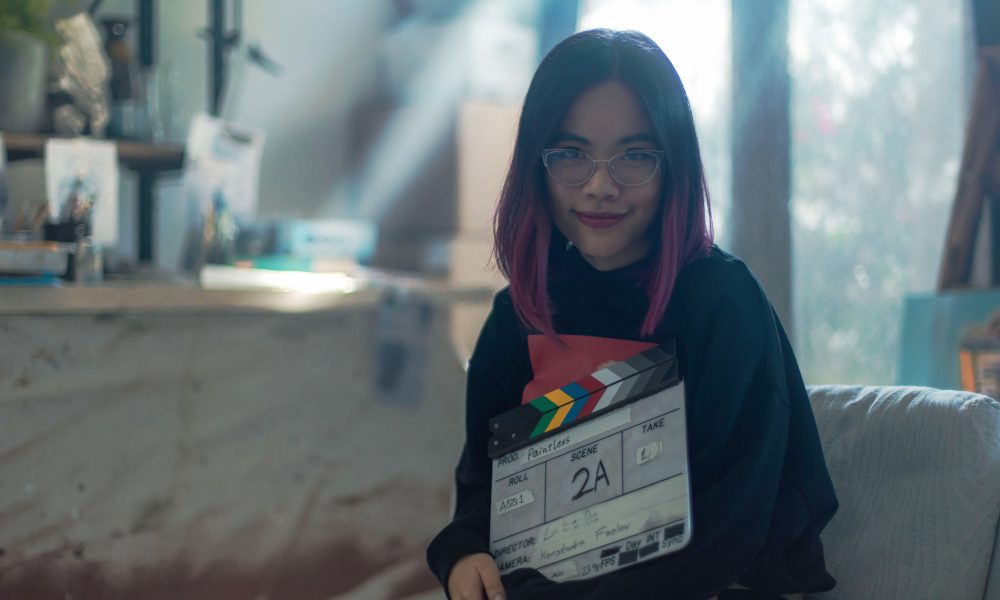 Today we’d like to introduce you to Lilia Le Dieu.

Hi Lilia, we’d love for you to start by introducing yourself.
I’m Vietnamese, born and raised in Belarus (Eastern Europe). I’ve lived in London for five years, where I’ve studied business and then went to a film academy in Los Angeles. After graduating, I’ve worked in the industry, mostly producing independent films, music videos, and some commercial projects. My first jobs were mostly PA and then I gradually moved up the hierarchy. I’ve also been working for an animation studio, leading one of the teams that produce videos for a YouTube channel with 3.65 min subscribers.

Arts play a big part in my life, as my hobbies have always included painting, photography, music, graphic design, and many more. Filmmaking combines all of my interests and allows me to apply my talents and skill to the maximum potential. As an extrovert, I enjoy a collaborative environment – meeting like-minded professionals, communicating ideas, and working on set, seeing magic being created right in front of me.

I think my background in business and marketing has helped me immensely, as the organizational side of filmmaking is as important as a creative side. At the end of the day, It’s show biz! That’s why I shifted from directing to producing – it’s not enough to have a great script or treatment, someone has to plan, coordinate the tasks and build an environment for the crew and cast to fulfill the director’s vision. Post-production, promotion, and distribution are also the producer’s responsibilities and this part of often overlooked when people think about making movies.

We all face challenges, but looking back would you describe it as a relatively smooth road?
I’ve been lucky in many cases, but you definitely can’t make it far without some sacrifices. A visible tip of the iceberg is usually the result, success, and accolades. However, behind the scenes of what it takes to produce and complete the project is far from pleasant or easy, especially when you’re working independently and have to take restricted budgets and deadlines into account.

I’ve had crazy stories of reshooting a film from start to finish, LA earthquake happening right on set, changing the location a week before shooting, you name it. Every ambitious filmmaker goes through this, issues are inevitable. You have to put in hard work, going overtime, constantly doubt yourself and your decisions. There’s no guide on how to get things done the right way, you just have to keep moving and learn not to repeat past mistakes. But I must say that all the struggles have been worth it.

I also can’t ignore the fact that some of the goals were accomplished easier than I had predicted, for example, some awesome people agreed to join my projects, and I’d never even dream of that. John Morrissey, a producer of “American History X”, has taken part in one of my first films, “My Beautiful Performance”, because he believed in it. Our sound editor for “Breadcrumbs” and “Paintless” has previously worked on Academy Award-nominated “Leviathan”(Russia, 2014) among other critically acclaimed films, and the result we’ve received is beyond any expectation. All in all, the greatest people that I had a chance to work with are the biggest reward that I appreciate a lot. You cannot produce films alone, you have to surround yourself with people that are even better than you are.

Pleasant surprising turns of events always keep me going, and they make me forget about the disappointments that are an integral part of the process.

Appreciate you sharing that. What else should we know about what you do?
I’ve been working with an extremely talented writer/director K. Pivovar, his scripts and vision are truly unique and our collaborations on numerous short films are the achievement I’m most proud of. Our black & white drama “Breadcrumbs” that I also co-directed is a philosophical drama about ego, selfishness, and good deeds. There are many themes this film covers and every viewer can find some food for thought. The script was selected at Beverly Hills Film Festival, and I was quite bummed that the live event was canceled due to pandemic. “Breadcrumbs” was also a finalist in Sweden Film Awards and Anaheim International Film Festival.

We have managed to create this small world that lives on its own, filled with a sense of absurdity but nonetheless, a world that feels real and relevant to contemporary society. I’m extremely proud of the talent and crew we’ve been working with. The lead actors in our short films have shown performances that truly turned words on paper into a convincing story. We plan to pitch “Breadcrumbs” as a proof of concept for a feature and develop a script about one of the main characters. This spring we have also wrapped shooting a feature film “Borderline Mind” that I co-produced (directed by Andrei Kalesnikau). Very excited to release it next year.

Our other successful collaboration, “My Train Leaves Tomorrow at 7 O’Clock” has also gotten several noted festival awards, including “Best Cinematography” and “Best Sound Design” in Indie Short Fest. It’s a very unique experience, seeing how other people perceive and review your film. I love attending film festivals because they provide the best networking opportunities in a very fun environment.

I’d assume that what sets me apart from others is ambition and persistence. No one can stop me from pursuit because I try to look at the bigger picture and aim high. You gotta take risks and try uncharted territories, otherwise, you’ll stay in the mediocre lane. There will always be people, and they might even have good intentions, that will tell you that some things aren’t possible. I do not listen to them until I prove it to myself. Usually, they aren’t right, and historically many successful filmmakers got rejected plenty of times. A good example is one of my favorite shows, “Mad Men” – it was turned down by all the major studios before it got greenlit. Many years of “no” can eventually turn into “yes”.

Also, I’m not competing with other independent projects and not trying to follow the current topics or trends. I want to create a separate space for our movies, create stories that do not have references. I also think that acting is a very underestimated craft and has changed through the years. My goal is to find the best talent out there and make sure that together we can create performances that are authentic and unforgettable.

I don’t want to be bounded by genres or types of content, my view is that compelling stories that touch hearts and minds can be in any shape and form. A lot of things inspire me, but my motivation to keep going comes from within, as I want to produce works that can stand the test of time and move the culture forward.

We’re always looking for the lessons that can be learned in any situation, including tragic ones like the Covid-19 crisis. Are there any lessons you’ve learned that you can share?
I’d be lying if I said that I’m the same person that I was before 2020! So many things have changed, but we got to appreciate what we do even more. I chose this profession and field because I like human contact and I prefer to work face-to-face, so remote work has definitely been a bit challenging for me. I have two important lessons when it comes to filmmaking.

Firstly, we all need work/life balance, before Covid-19 processes were very fast-paced, crazy, and overwhelming. Now and then, everyone needs some rest and time with family. I think in the first weeks, it was something that people didn’t realize they needed but got to enjoy. Second, I realized how unpredictable life is and how every opportunity needs to be seized. If I knew what would have happened, I’d definitely attend more film festivals, music shows and use every chance to get a new experience and take part in cool projects.

Last but not least, I also learned that I can go crazy if I stay at home staring at my phone for too long! We all need breaks from ourselves and get out there. 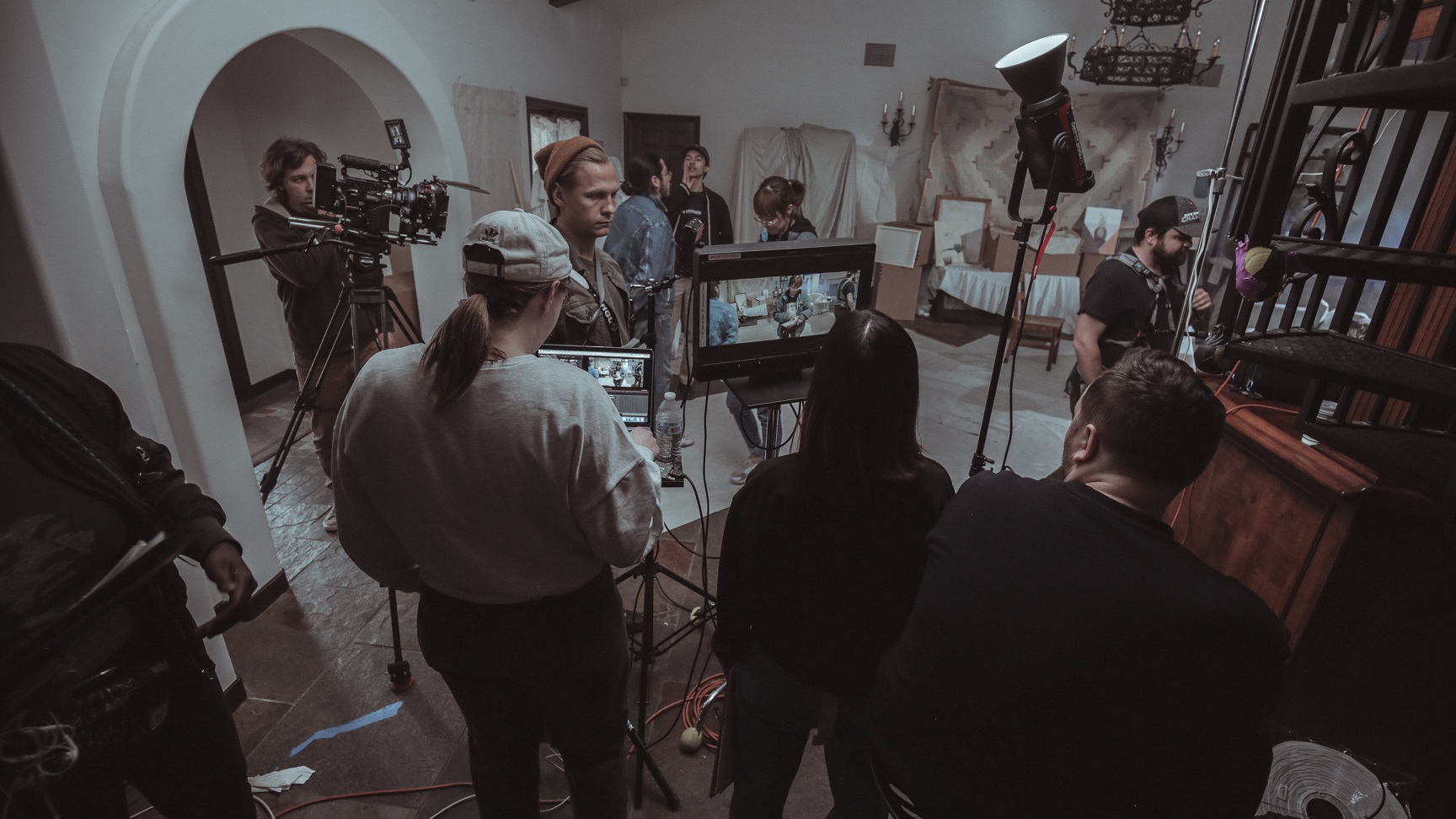 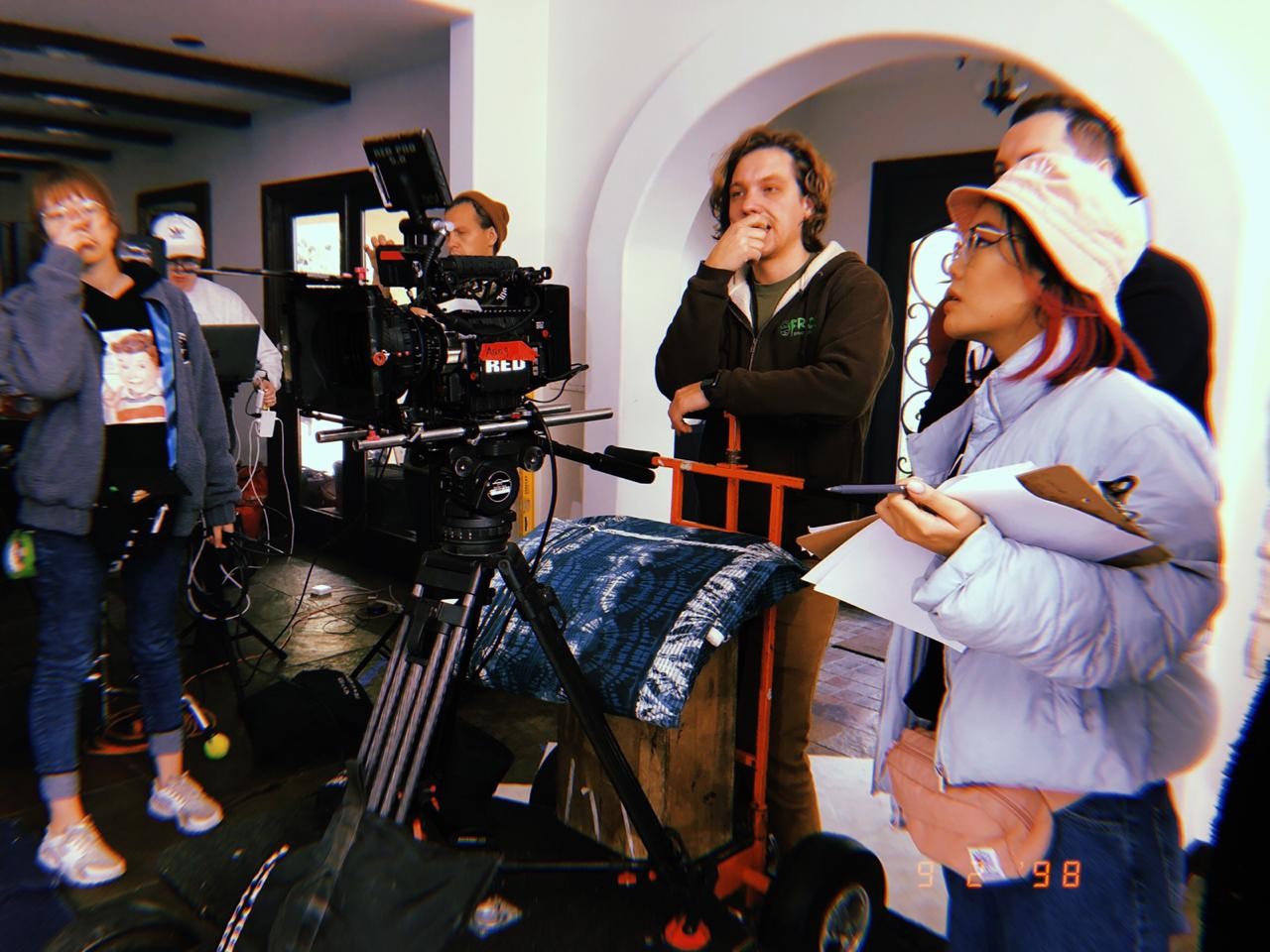 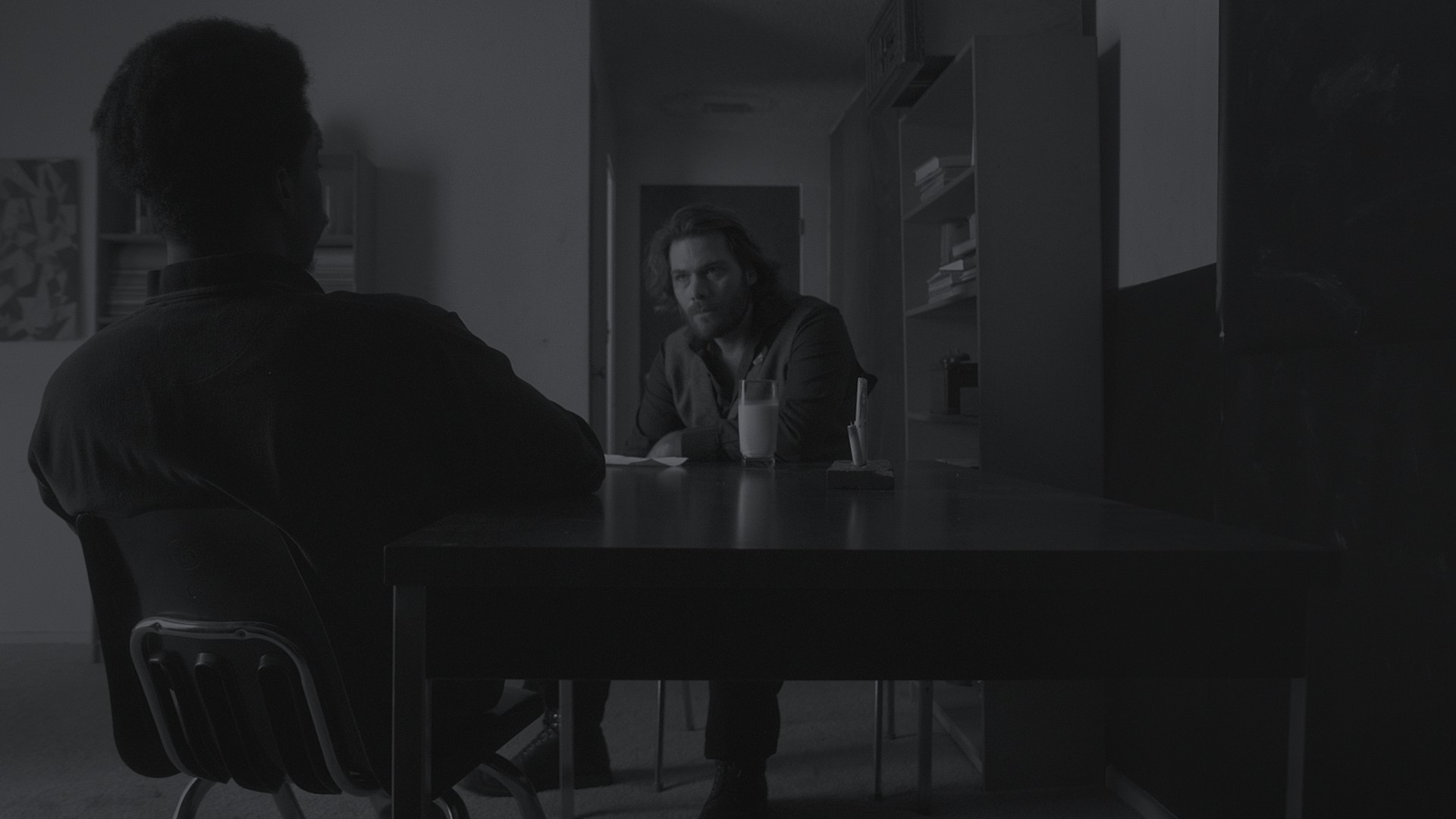 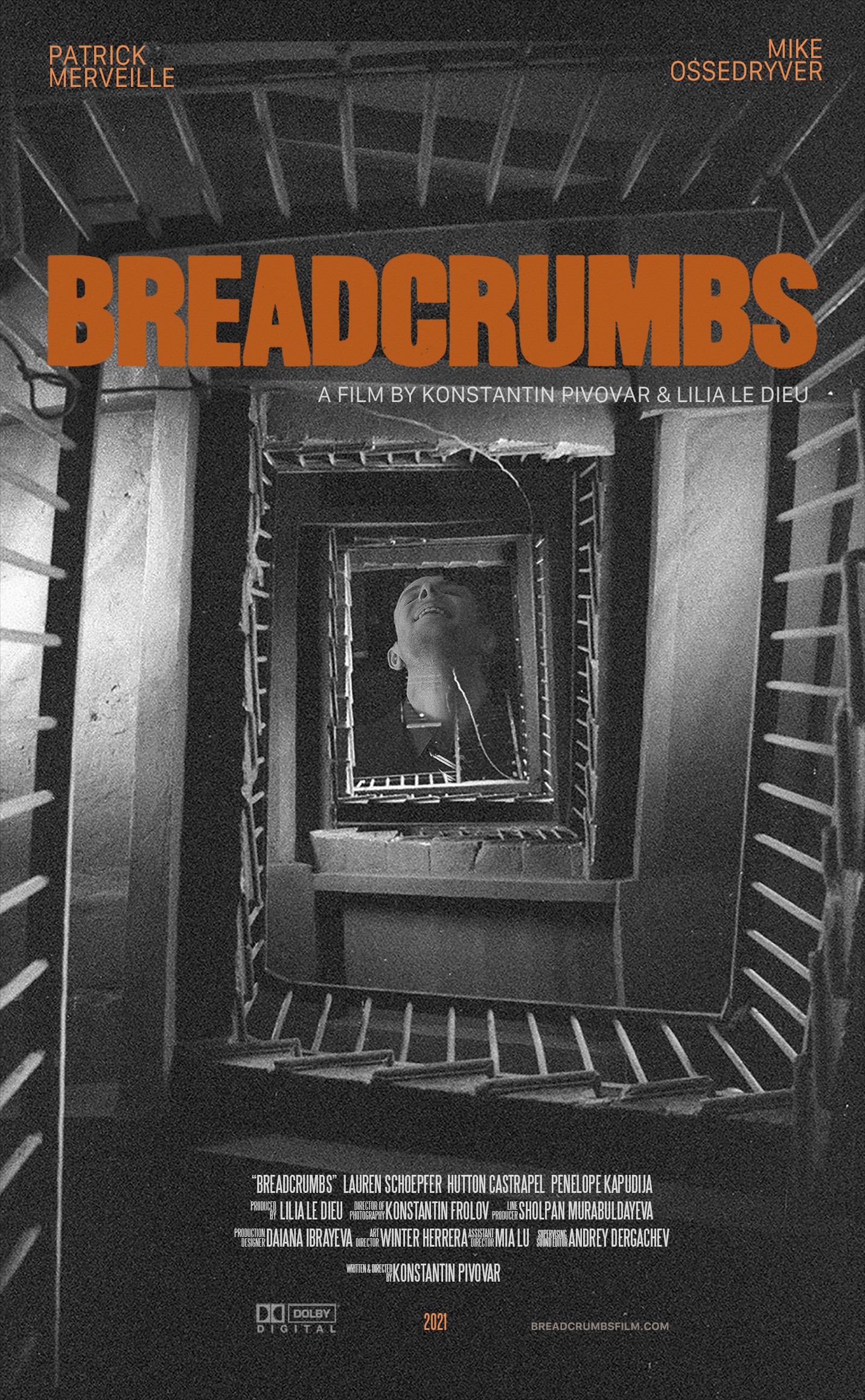 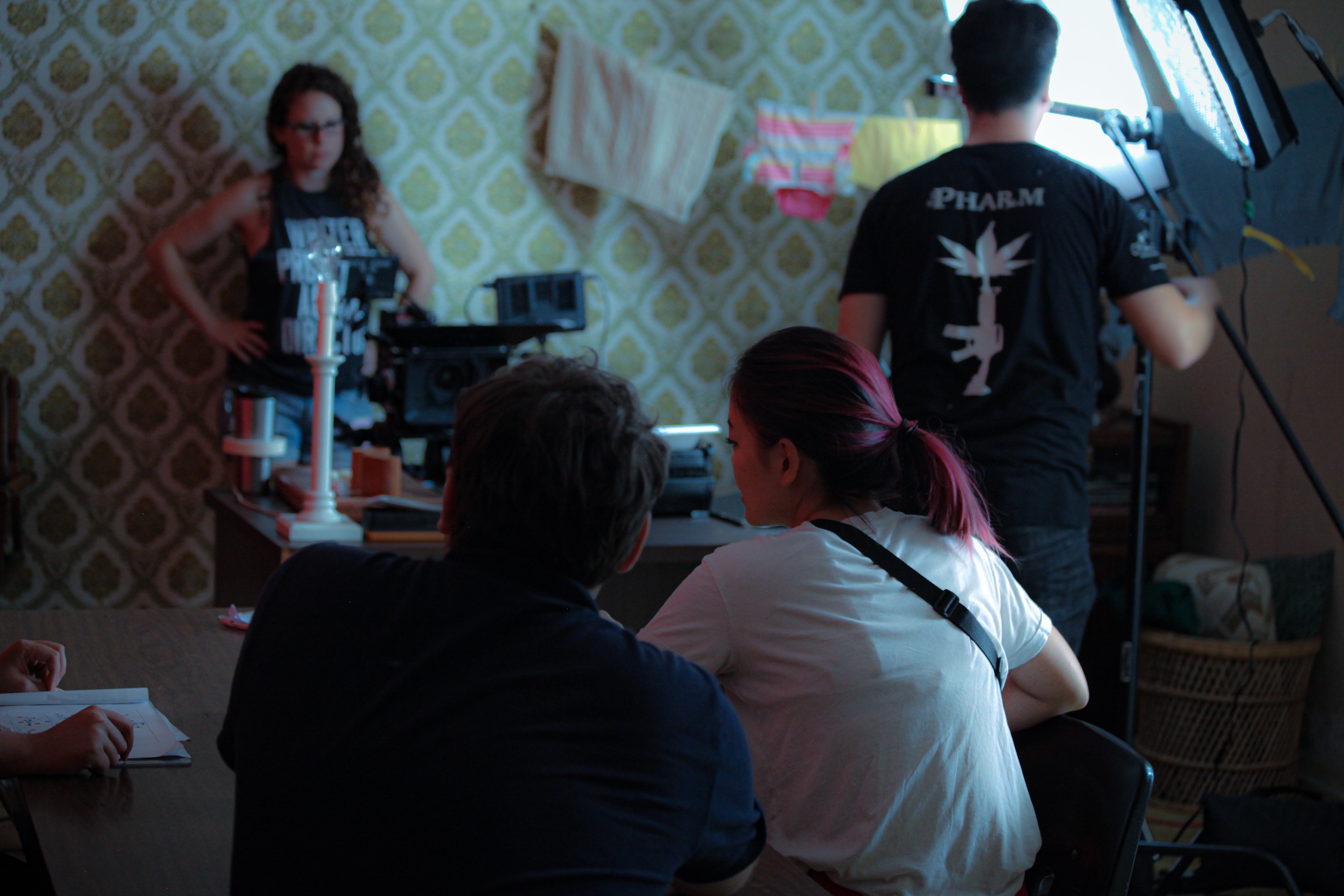 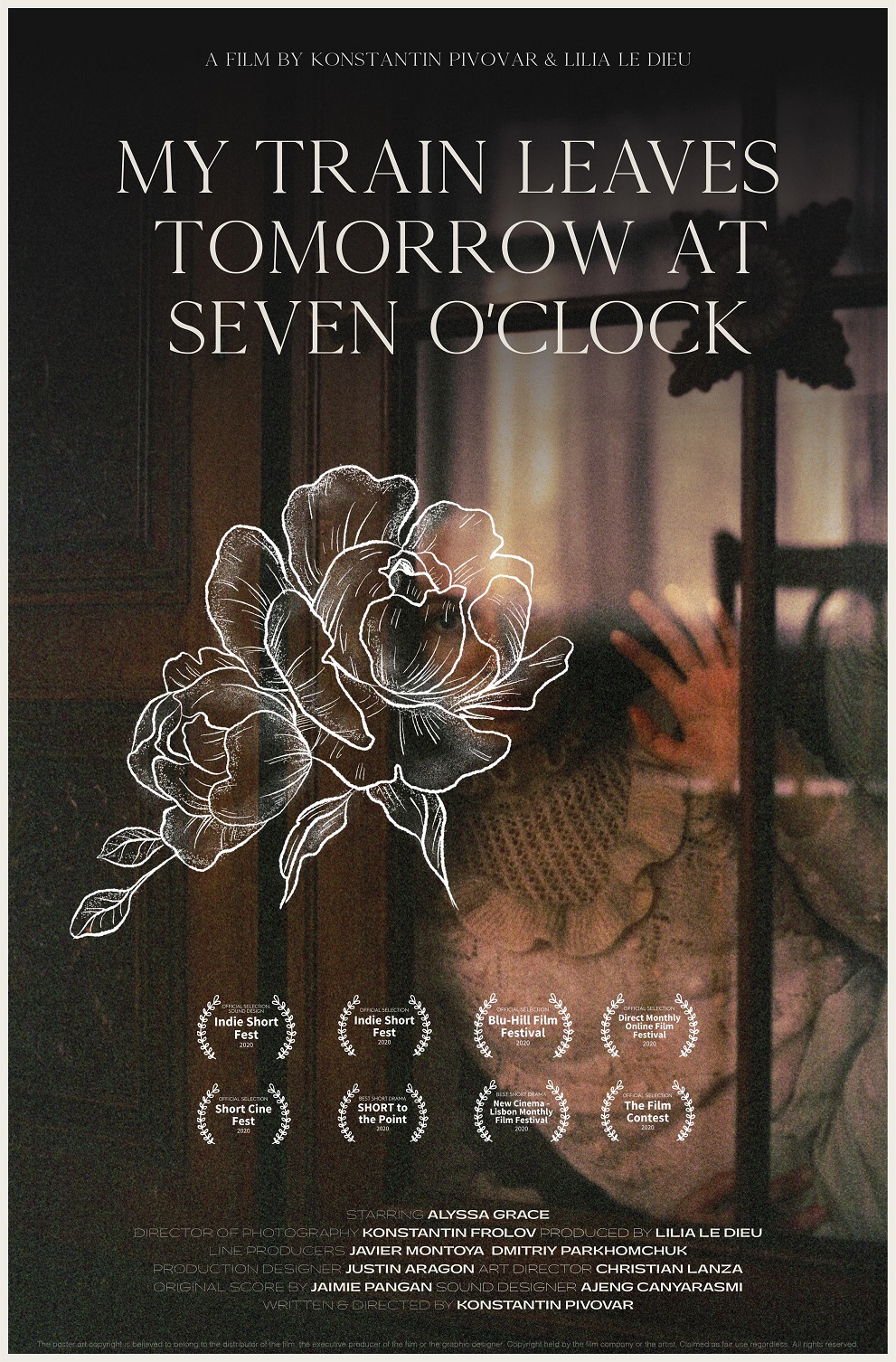 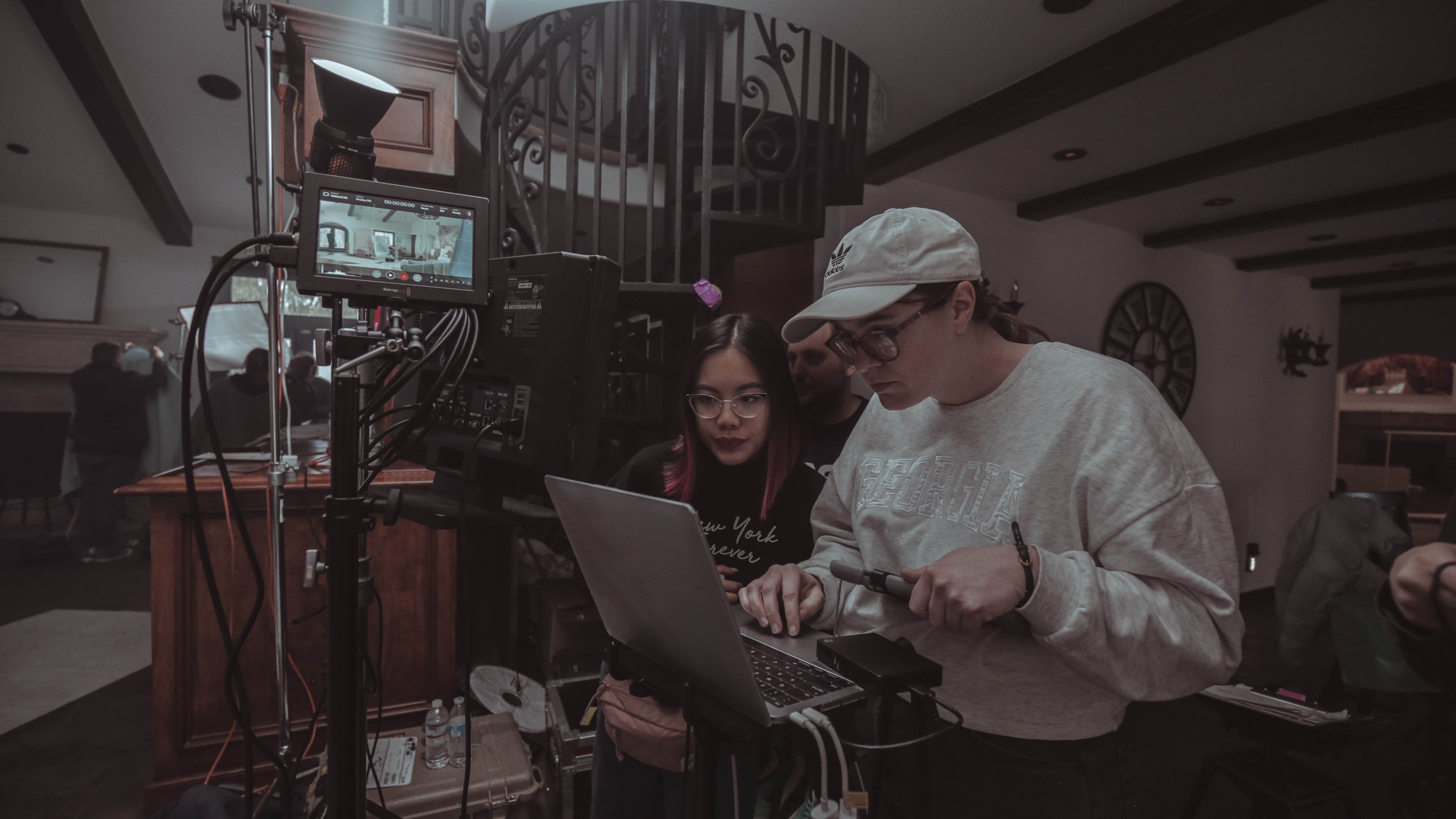