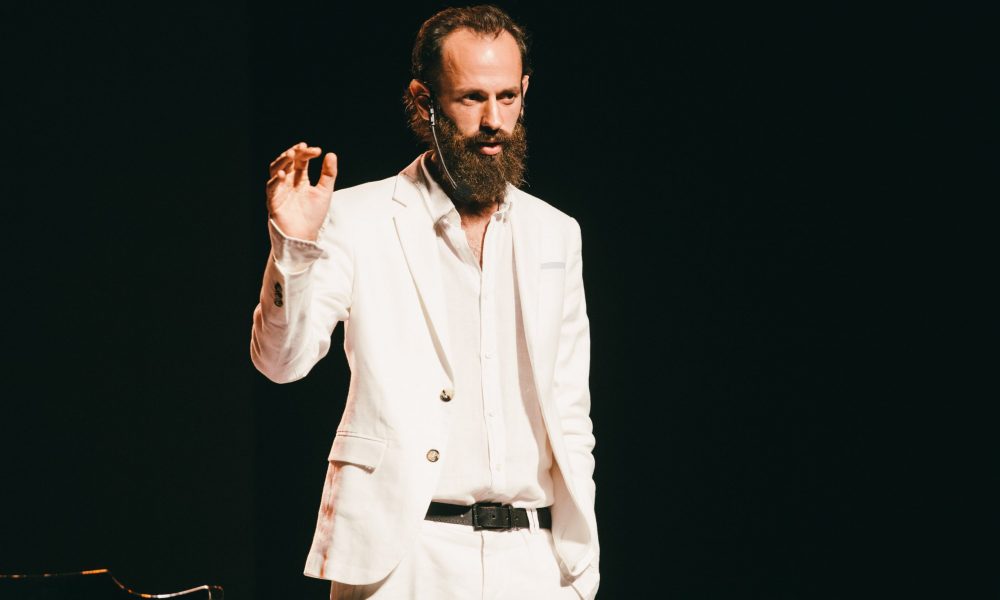 Today we’d like to introduce you to Leandro Taub.

Hi Leandro, please kick things off for us with an introduction to yourself and your story.
When I was 7, I insisted to my mom that I wanted to be on TV. She took me to the only TV channel that we had in Bariloche (Patagonia, Argentina). Don’t know how, but I ended up singing that type of song that children sing when there is no adult around. The TV host got very nervous and stopped me in the middle of the show.

But I was not going to give up.

Sometime after, my uncle decided to do a TV commercial for his restaurant (where my nickname was the name of a sandwich I don’t like). He let me be the protagonist. I had to eat ice cream and say that I love to eat in his restaurant. The director made some takes, and it worked out. I loved it. I wanted to do it more.

Then, my parents decided to do a TV commercial for a clothing brand. I modeled with my brothers. In one of the takes, my younger brother punched my balls by mistake, and I overreacted in a funny way. The director liked it and used it for the commercial.

The years passed by, and I wanted to act more. We moved to Buenos Aires, and I started to go to auditions and casting calls. I felt very inadequate and, mostly, not welcome. Jewish, with a lot of chutzpah and a peculiar personality. My small-town popularity was not getting translated into big-city popularity. I kept trying, and I was lucky to get some small participation in TV shows, some commercials, and make a short film.

Then, I made friends and became a teenager. I still dreamed about acting and making films, but I got busy with other commitments: friends, girls, study, and work. When I was 18, I left home and spent a big part of my day working to pay the bills [in the business tab you can find more information about my entrepreneurial side]. Between 19 and 24 years old, I studied, partied, became an economist, master’s in finance, teacher assistant, financial analyst, and an assistant of the CEO of a fund management company. At the same time, I was craving to become an actor and be in the movies and TV. In my free time, I used to study acting, do courses, read books, and do auditions.

When I was 24, I left Argentina and started traveling. When I was 25 years old, I co-wrote a book in India [more information in the books tab]. After this, I went to NYC to play the guitar in the subway and then to LA to see if Steven Spielberg would cast me for his next movie (he didn’t… yet). A business opportunity came to my door, and I moved to China.

The following year (27 years old) I went back to Argentina, got into a theatre course with Norman Briski and I spent some time collaborating with Fito Páez, who had a great artistic impact on my life. I wrote my first feature-length script, shoot a trailer, made a pitch deck, and started sharing the project around. It was a story about tarot cards and numerology, influenced by my interest in the work of Alejandro Jodorowsky. Luckily, several people got interested, and some doors got opened, but not much more happened. So, I wrote a theatre play, ask some of my theatre classmates to join me, and we did a happening where I was performing fully naked, painted in colors, around a circle of fire, talking about the path of our soul to the earth; meanwhile one of the other actors were opening the wall with a chainsaw, and another was burning the empty swimming pool.

After pushing and pushing the project, I got frustrated and moved to a beach in Mexico to write another book about a secret society [more into my book section]. Because I had some time on my hands, I decided to write another script, this time about A Boy Named Sue (the Johnny Cash song). After writing it, I discover that I wasn’t allowed to make a movie about that song, so I decided to write a third script: the love story of a couple that destroys each other by trying to love each other. I got a producer and director in Spain who was interested to direct and produce it, but not much more happened.

In the middle of all of these, I was touring around Latin America and Europe presenting my books and talking in a variety of venues (theatres, galleries, museums, houses, retreats, yoga centers, libraries), when I met the Mexican director Luis Esteban Alvarez Armenta. He started joining me during my tours in Mexico and filming me. One day he told me he was going to do a documentary about my work. Thank you! After a time of hard work, he came up with the documentary “¿Quién Soy? En Busca de lo esencial”.

I was craving for doing more stuff. To act. To write. To talk. To be everywhere. To do everything.

So, I did what any other person would do in my situation: I moved to Paris to meet Alejandro Jodorowsky and become an actor in his next film. And believe it or not, I became the co-protagonist of the next film by Alejandro Jodorowsky. We moved to Chile where we shot the film. Without me acting in a film before, he invited me to act in a multi-million-dollar film. It was amazing. He was very generous with me, and the experience of acting in his movie (and being in Cannes for its release) was a very interesting experience.

After his movie, I moved to Berlin, where I got into writing a new script. This time a comedy-drama about a dysfunctional family with a special guest. I got one co-producer, he brought the other two producers, and one of the new producers (that is also an actor) helped with the cast, and suddenly we had a LA top talent signing LOIs for my movie. A movie that I wrote and was going to direct. Things were getting great!

In the middle of this, I got a role in a short film in Marrakesh! Great experience. I was the protagonist of ‘Bed,’ directed by Florian Tscharf and made with a very talented crew. I loved it. Also, I started working with Ralf Schmerberg on the development of a feature film based on my first script.

Some months after, I went to South Africa and India to work as the protagonist of ‘Woodwind,’ the first feature film of the talented Fin Manjoo. He and his team are great.

Back once again in Berlin, I worked with Ralf Schmerberg on ‘An Innocent Mind Has No Fear’ and Jägermeister ‘Be the meister.’ Both productions were great. Working with Ralf was a source of much learning.

I wrote another script. A story about a group of teenagers that get stuck in a home in the countryside while a zombie apocalypse is happening outside. The script won an award in Germany. Then a director paid me, and it was done! For the first time in my path, I wrote a script that won an award, and it was sold.

Years after, I end up living and studying in a couple of Yeshivot in Jerusalem. I decided to write a new script. This time it was going to be something simple, something that I could produce. I wrote ‘Externo’ (more about this movie in the ‘Externo’ section). After some back and forth, I went back to Berlin, this time with my brother Jonathan, and we co-directed and co-produced this feature film. It is the story of Joseph, who is conquering the world.

Right now, I am living in Brooklyn, NY. Recently I participated in the feature film ‘A Wounded Fawn’ by Travis Stevens, on a mini-series pilot, in a short film, and in a very interesting commercial. I am working on new projects and reviving old ones. I am still craving to act more, write more, talk more, and collaborate with more amazing and talented filmmakers.

Also, I am looking to elevate humanity and bring more of what is good to the world.

Alright, so let’s dig a little deeper into the story – has it been an easy path overall, and if not, what were the challenges you’ve had to overcome?
It is a good journey, sometimes the road is smooth, and other times the road is full of struggles. Some of the struggles have been emotional, others physical. Of course, I enjoy it much when everything works smoothly, but also, I am fine with the obstacles, tests, and challenges. G’d gave 10 tests to Abraham. One more challenging than the previous one. And the rewards were great. So, I try to welcome the tests that G’d sends me and put my best to address them in the best possible way. Not always easy, but always possible.

We’d love to hear about any fond memories you have from when you were growing up.
Going camping with my parents and siblings is there in my mind. Going to a TV show to sign. That emotion. Has been with me since early childhood. Remember also going to sky to Cerro Catedral (where I grew up: Bariloche, Argentina). Playing in our backyard with my brother Emmanuel. Going to lunch with my parents at restaurants. I was a happy, full of energy, and enthusiastic child. I am remembering when I made wristbands to sell in the street. Was amazing to make my own money. Felt independent and empowered. The holidays to Punta del Este (Uruguay). School. Our dog “Rambo.” 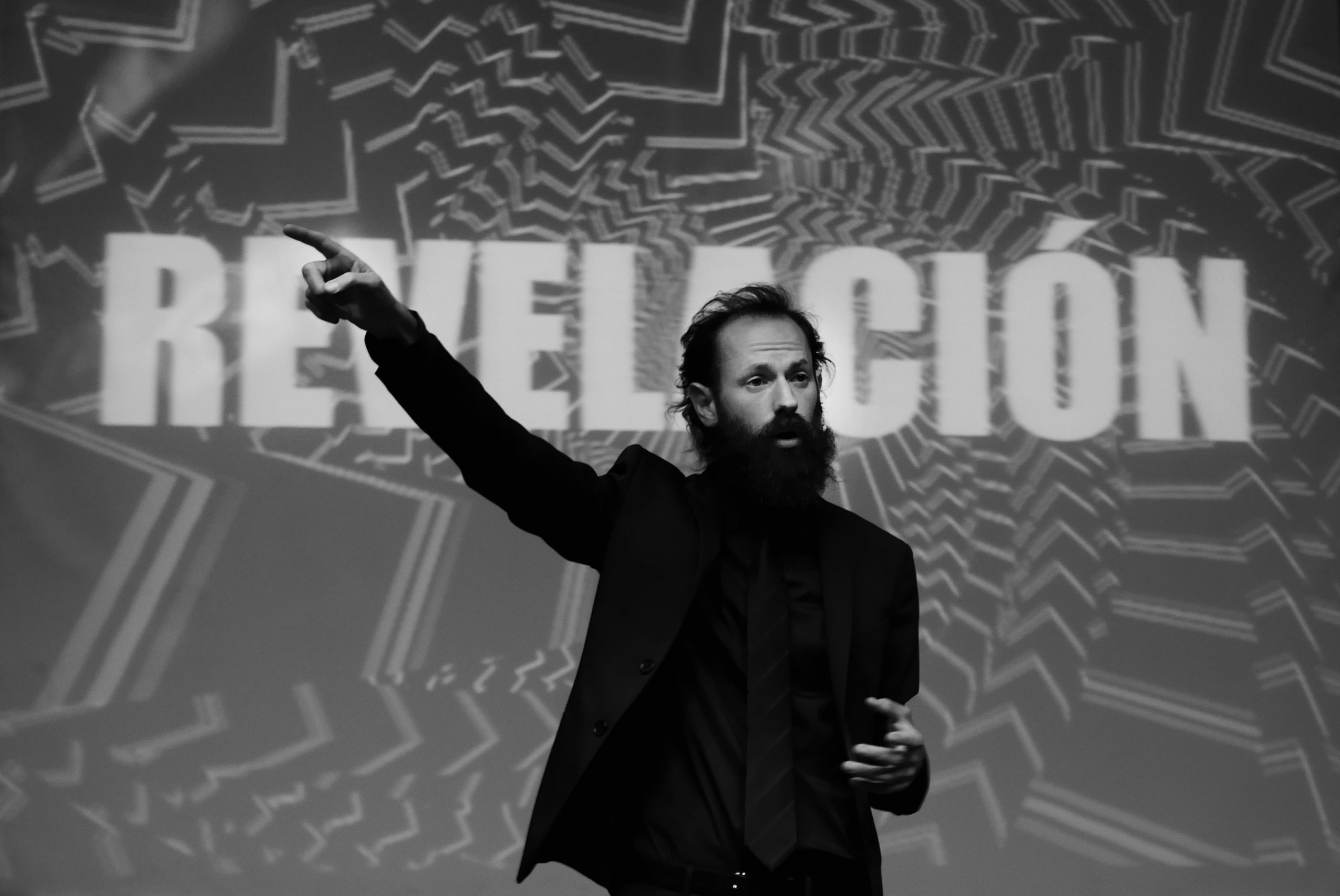 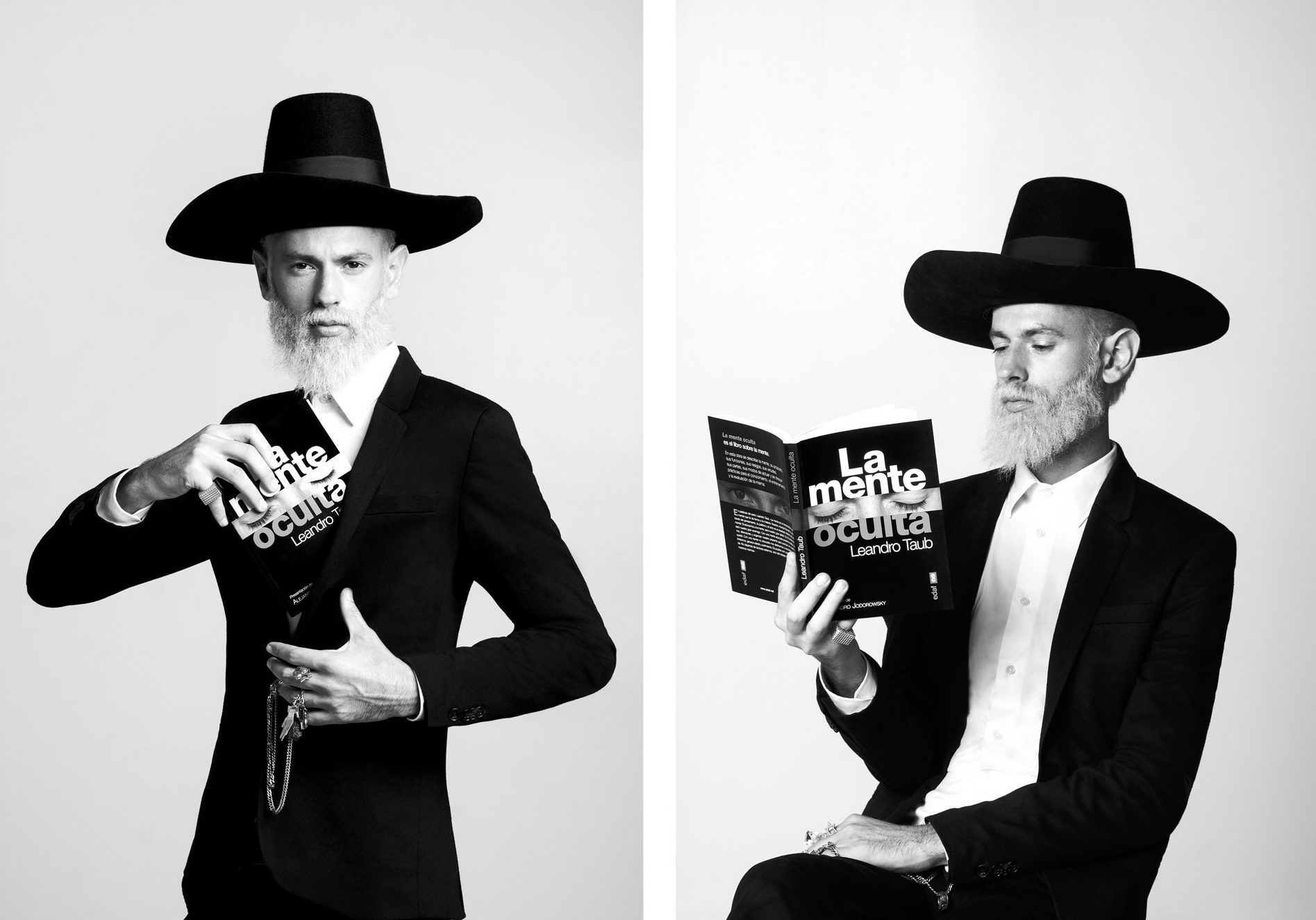 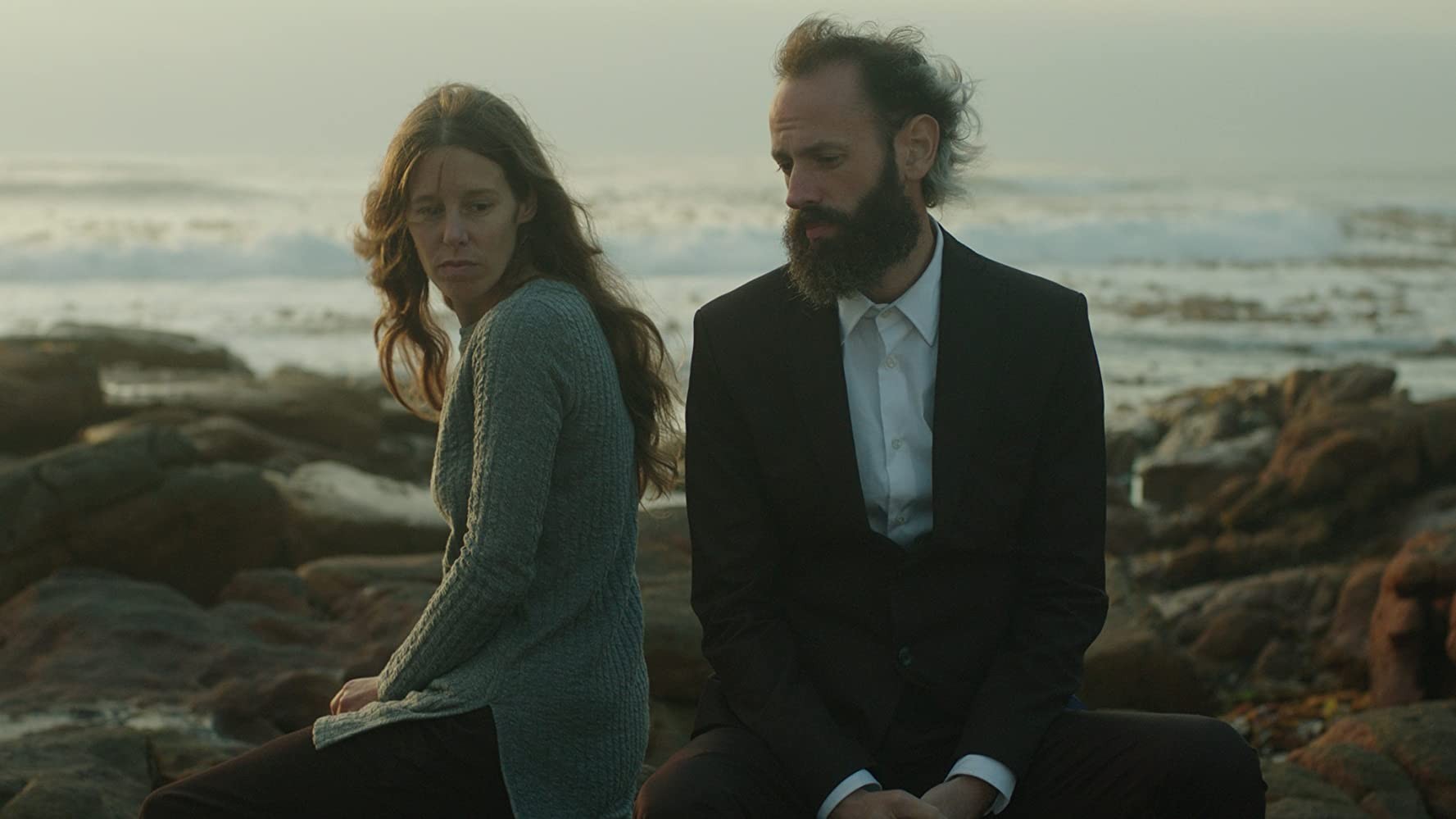