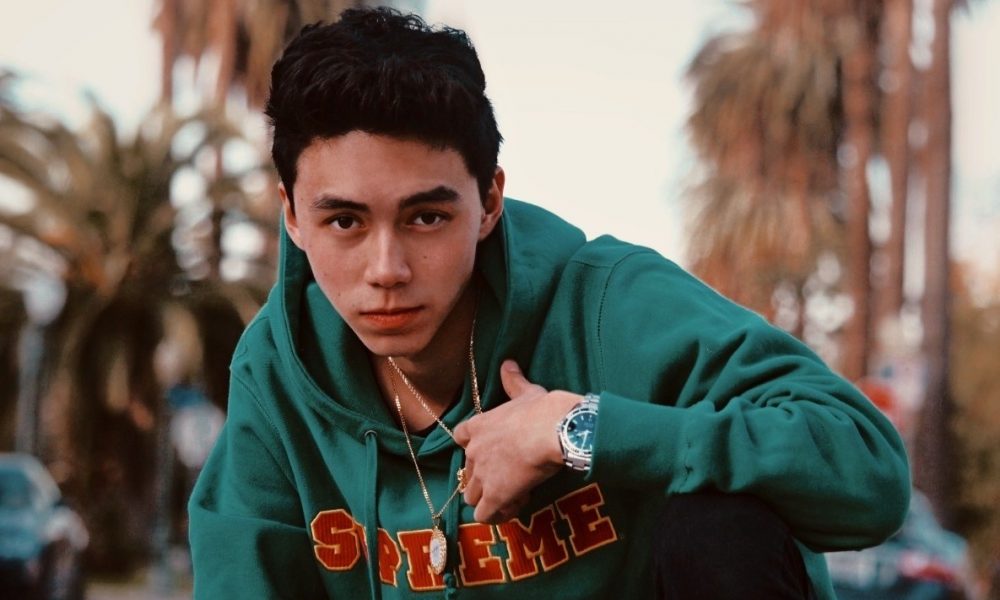 Today we’d like to introduce you to Laurence Carroll Brahm.

Hi Laurence Carroll, it’s an honor to have you on the platform. Thanks for taking the time to share your story with us – to start maybe you can share some of your backstory with our readers?
I was born and raised in Beijing, China to an American father and a Chinese mother. Growing up being mixed raced, I constantly was faced with the cultural challenges from both worlds. I spent a large majority of my childhood going back and forth between Beijing, China and West Palm Beach, Florida, where my family in the United States was. My father, a documentary film director, brought me with him on his National Geographic expeditions across the Himalayan mountain range, in regions like Tibet, India, and Nepal, where I fell in love with the medium of filmmaking, from then on I knew I wanted to pursue a career in entertainment.

At age twelve, my first short documentary recorded scaling Mount Kilimanjaro, one of the seven peaks and the highest mountain in Africa. I was the fifth youngest on record to summit. From that moment on, I lived and breathed filmmaking, experimenting with genres, fascinated with this medium of communication. My trips to Africa, accompanying my father on his work, influenced me. Like most young kids, I dreamed of growing up and becoming a soccer player. One afternoon in Tanzania, when my father was working, I joined village kids playing soccer, thinking that I could help them improve their game as an outsider. To my shock, every one of these village kids was a better soccer player than me, and all they had for a ball was a tin can. It made me realize that my future career would not be as a soccer star. That moment of perfect clarity was what caught my imagination more than any dreams of becoming a sports celebrity. I wanted to share that emotion of sudden downfall followed by a rising sense of realization. Filmmaking would be the best means of expressing these experiences. I decided at that moment to become a film director.

Knowing that from then on, I was sure that I wanted to pursue a career in film I decided to take a summer trip to LA by taking a summer course at the New York Film Academy’s campus in Burbank from that moment on, I knew exactly where I wanted to be. I fell in love with the city instantly, the feeling of being surrounded by creatives inspired me to work harder. I loved the city so much that I was heartbroken by the fact that I eventually would have to return to Beijing after the camp was over. I remember making myself a promise that the next time I would return to LA, it would no longer be as a tourist.

Returning back to Beijing, I started to pursue my career in Filmmaking alongside finishing High School. Befriending a group of African students – who were children of diplomats in China having grown up living outside of their own countries – I helped them set up a rap group “Unfazed” and began producing music. In 2016, I launched my own production studio in Beijing called “Get Lost Productions” producing a series of music videos with “Unfazed” becoming their producer. This medium opened a new dimension for me exploring the synergy of music and video and the creative freedom that these combined genres offer. My work caught the attention of celebrity rappers such as Kid Ink and Hardhead, who in turn invited me to do a promotional video for them. During this time, I also began work on my first short production “The Coins.” This short narrative filmed with friends in Beijing has received a host of recognitions and awards: Los Angeles Film Awards, Festigious International Film Awards, Top Shorts, One Reeler, among others.

In the year of 2019, I graduated High School in China, kept my promise to myself, and moved to LA to attend college at the New York Film Academy’s campus in Burbank, where I currently still am a student pursuing my Bachelors in Filmmaking. Although having only lived in LA for two years, I can definitely call it home. The city had welcomed me with open arms and provided me with an amazing environment to further develop my craft. In this, I started working on music production, as well as directing my first college short film “Never Again” which has won awards at the Los Angeles Independent Short Film Awards and many other film festivals.

Living in LA in fact has allowed me to understand the importance with one’s heritage and also helped me realize that I do not need to be struggling between cultures and races but rather embrace both, much like how the city embraces all people. Through my art, I started to pursue this, by working on a music album titled “Celestial” together with two China based African artists, I have been able to create a music work of art that fuses both Asian, American and African culture together. In this, I also just finished my latest comedy short film for which I traveled back to China to shoot titled “24 Hours in Beijing” which speaks upon the cultural conflicts we have in today’s world, the story talks of two Nigerians working for a Russian Mob boss who must journey across the city to find a lost cocaine shipment where they eventually find out that the Chinese Triads Seized it. During my time here in China, due to the fact that Covid cases started to get lower, I had been blessed with the opportunity to perform my latest album to a live crowd of over 1000 fans. Seeing how cultural aspects of which I gained through my experience living in LA fused with my heritage from China through my music was able to impact such a big crowd was truly amazing. During this trip back to China, I had also been blessed with the opportunity to direct the music video to my most recent single titled “Make It” which is the only Music Video to have ever been shot in the Forbidden City and the only major production to be shot there since Bernardo Bertolucci’s Oscar Winning Film “The Last Emperor”.

Currently in my Sophomore year of Film School here in LA, My goal in the future, after graduating film school is to take my production studio “Get Lost Productions” and establish it as a multi-media company which crosses international and cultural boundaries. I find that in a time like we are in today, the world needs to come together more than ever.

Alright, so let’s dig a little deeper into the story – has it been an easy path overall and if not, what were the challenges you’ve had to overcome?
No journey is ever smooth, we are faced with constant setbacks and obstacles that we must overcome. Starting my work in film production and music video production in China, it had been quite hard to gain access to communities of people that had a similar vision. My early work really required me to work as a one man job, as I find it is very common that at the early stage of creative work many do not believe in you and thus it requires one to prove all doubters wrong before people start to eagerly want to help. However, I find that every obstacle is only an obstacle if one chooses to see it as an obstacle. I tend to look at them as blessings in disguise as I find that we become better versions of ourselves every time we overcome difficulties.

Thanks – so what else should our readers know about your work and what you’re currently focused on?
I currently am a music producer, artist, film director, writer and producer. A large majority of my work revolves around music videos and short films. With my most recent album Celestial being an album that crosses both Asian and American aspects of Hip-hop culture, I had been able to sell out an overseas arena of over 1000 fans. My short film “Parallel” is a film that indulges into the deeper aspects of China’s history and culture the dream state of the main character. “Parallel” has also gained worldwide recognition in film festivals in Paris, LA, and New York. My music video “Shank!” has gained recognition across a large worldwide audience with film festival selections in Rome and New York. My most recent work is a short film titled “24 Hours in Beijing” which is a comedy that talks about two Nigerians working for the Russian mob in Beijing China. The film highlights a lot of the cultural conflicts living overseas can have. Along with this, I have recently been the first person to direct a music video in the Forbidden City of China for my latest single titled “Make It”. I currently am also working on a joint EP with Sudanese Artist Yousif Khairi.

Over the recent month my latest short film “24 Hours in Beijing” premiered at the TCL Chinese Theatre, as well as won Best Student Film, at this years Montana International Film Festival (MINT)

Are there any important lessons you’ve learned that you can share with us?
One of the most important lessons learned through my journey has been to never give up and that as long as you maintain consistency, you will always be successful, no matter what. Another important lesson has to be that one should always surround themselves around a group of people of whom you can be inspired by, however one should not be afraid to sometimes walk the path alone if needed. 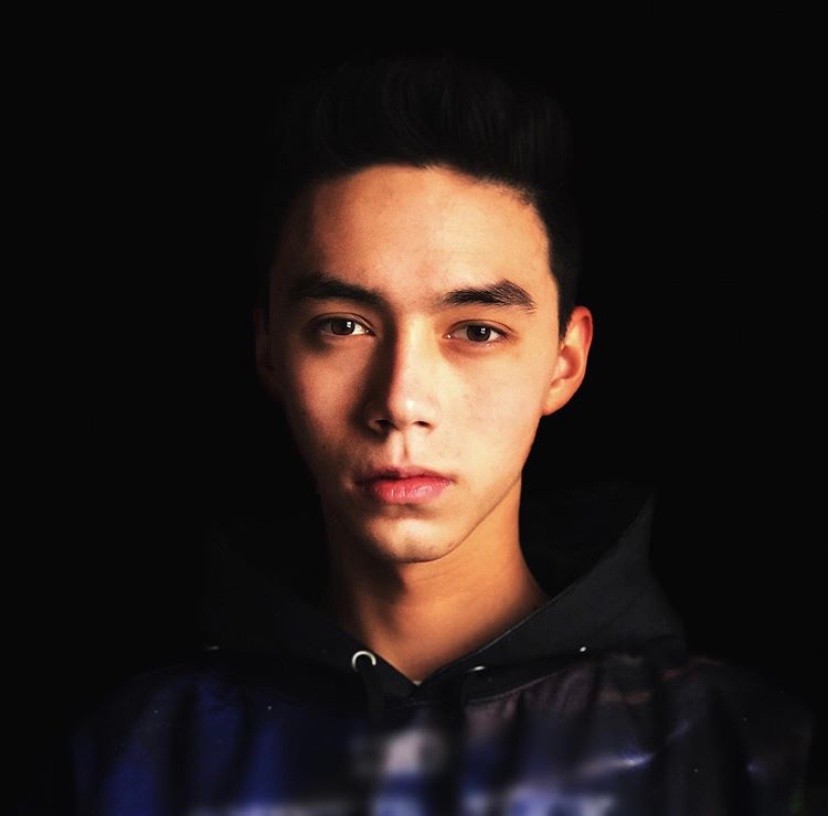 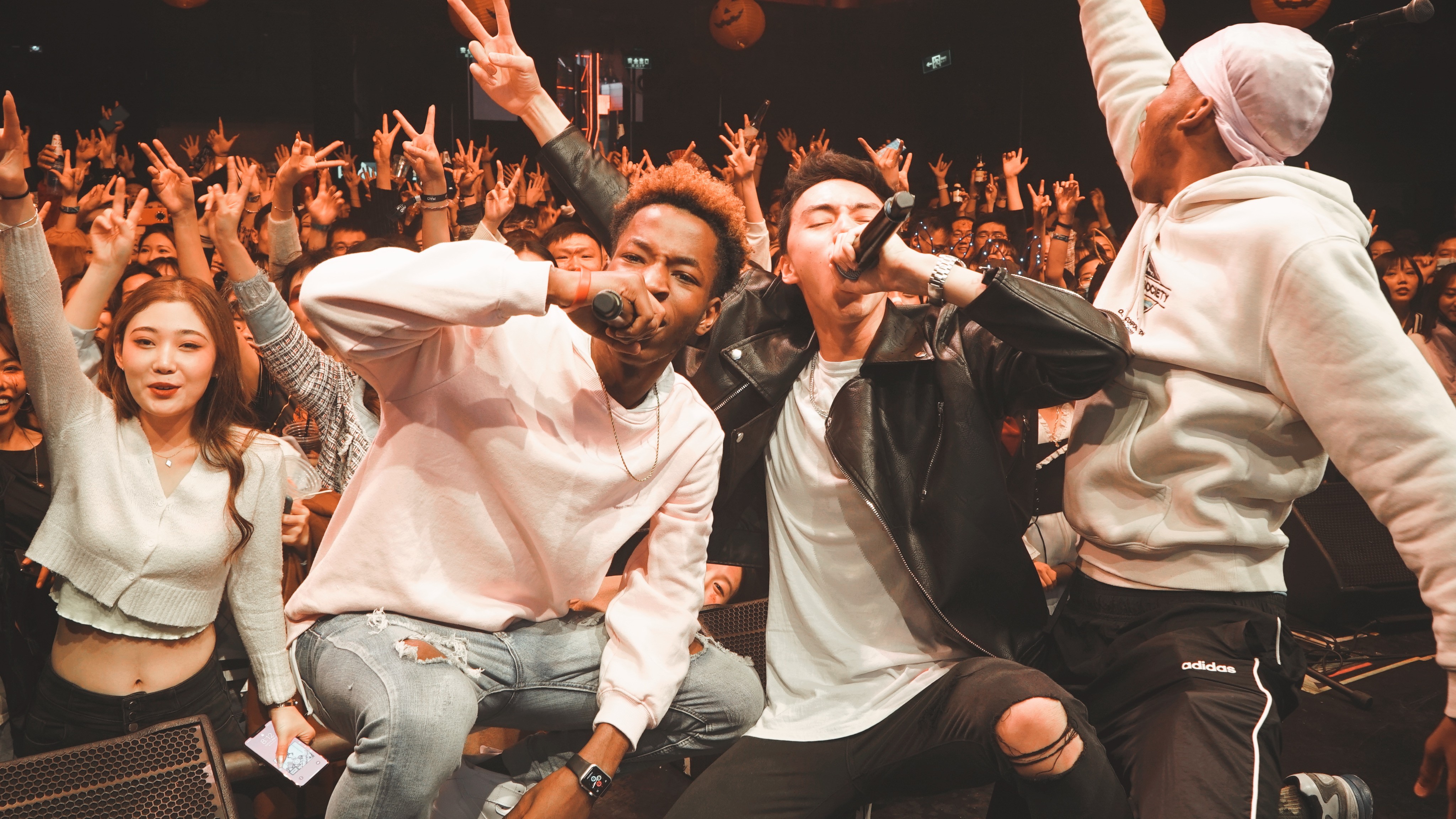 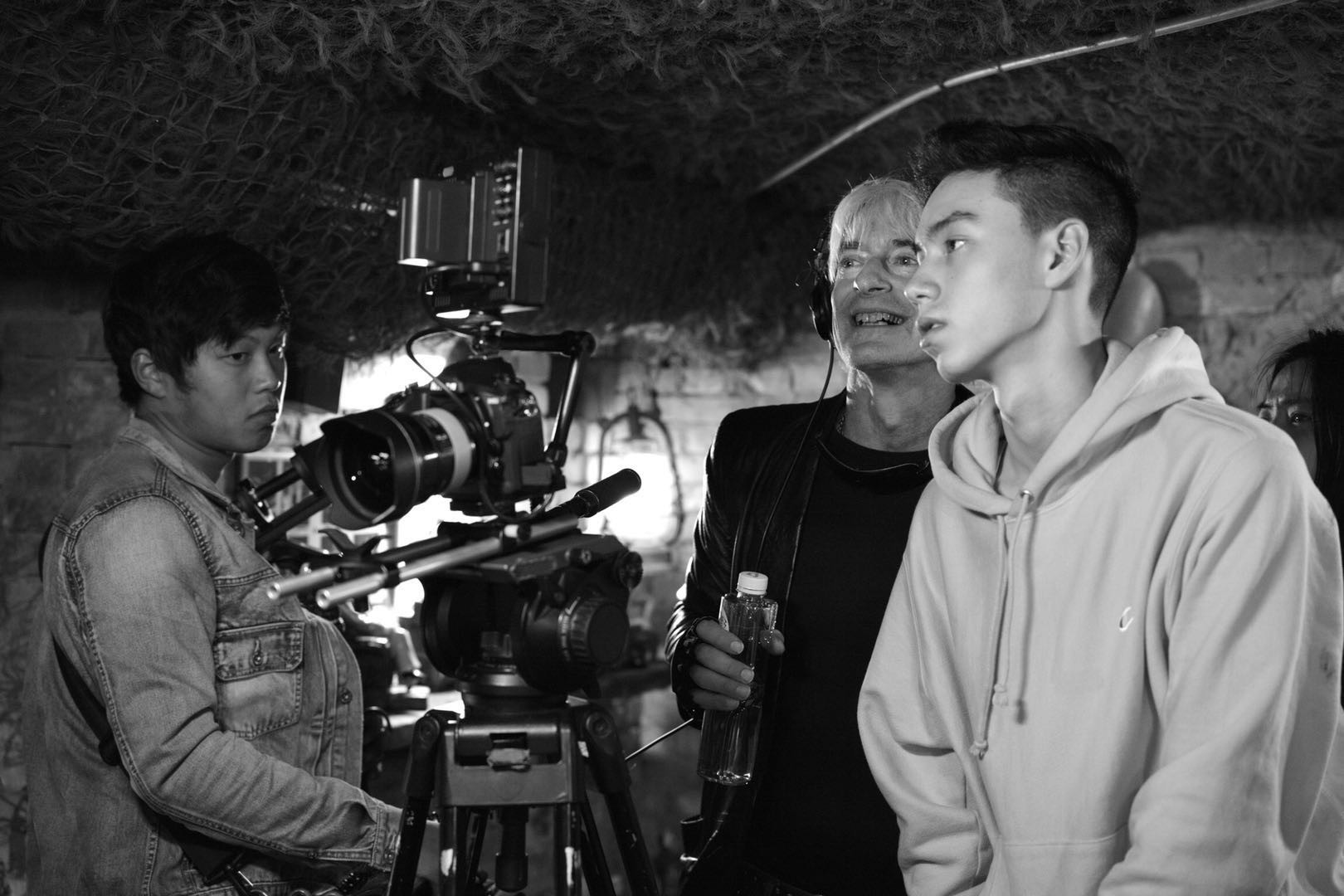 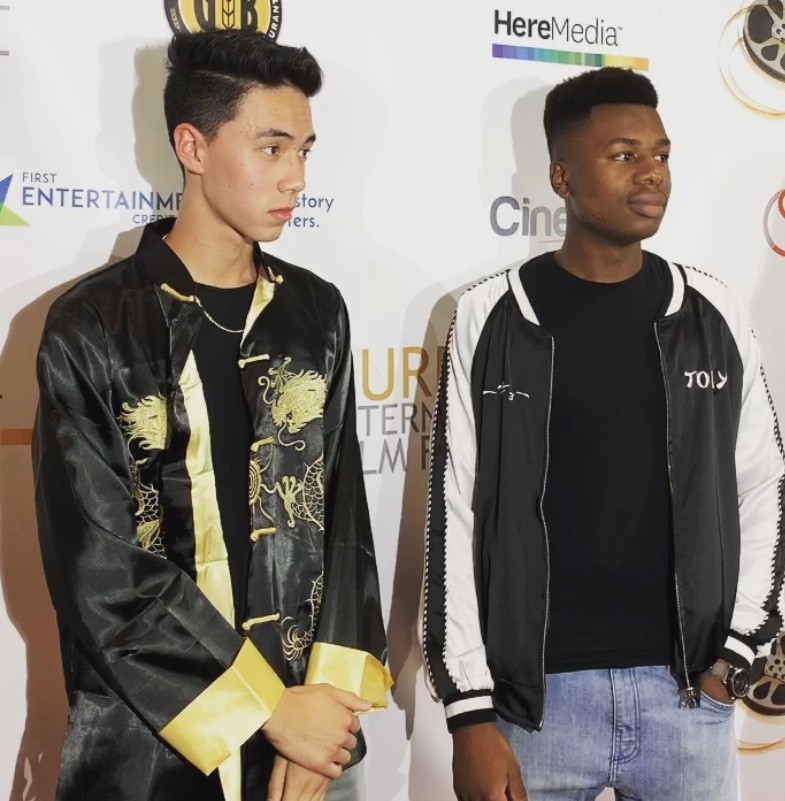 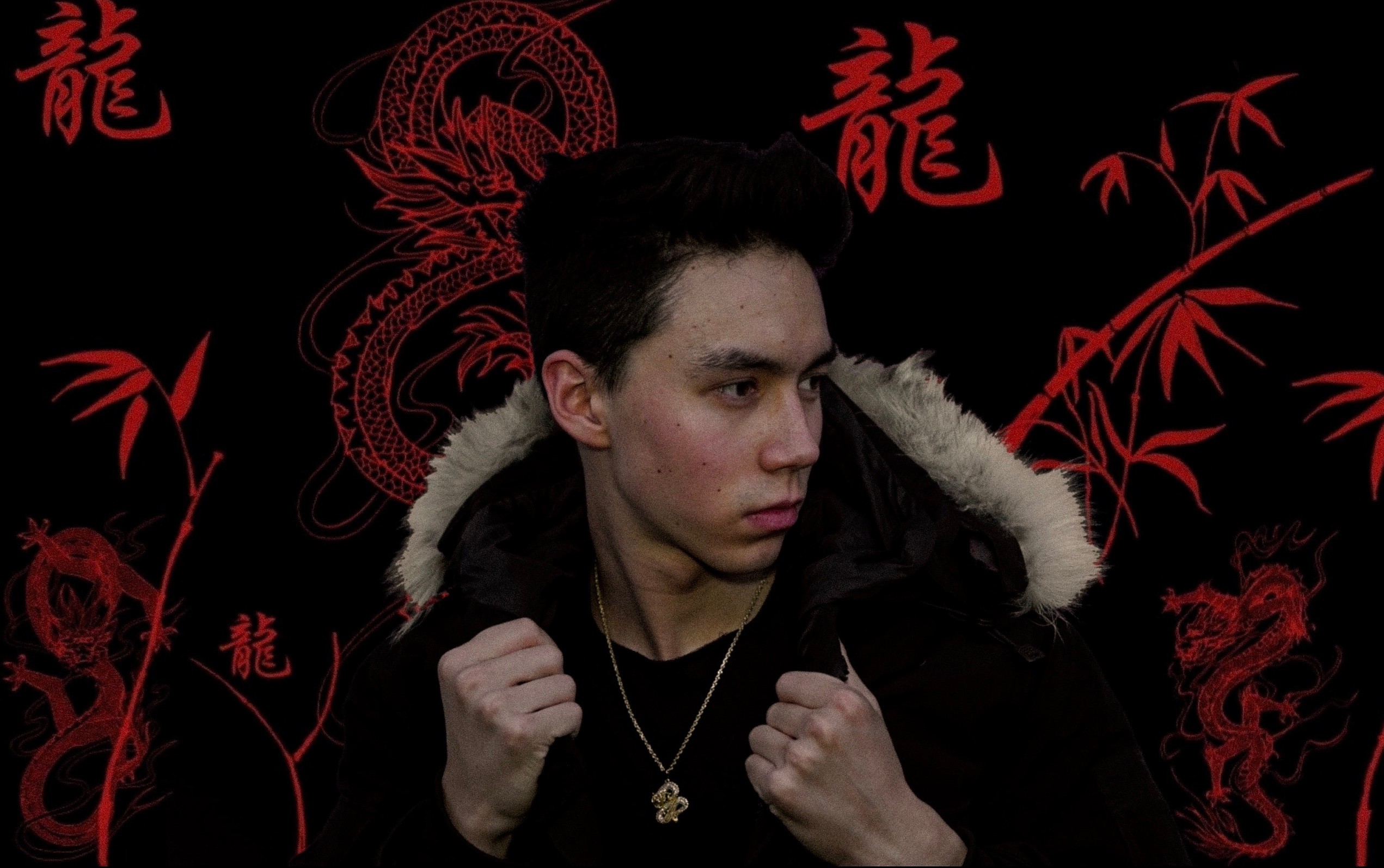