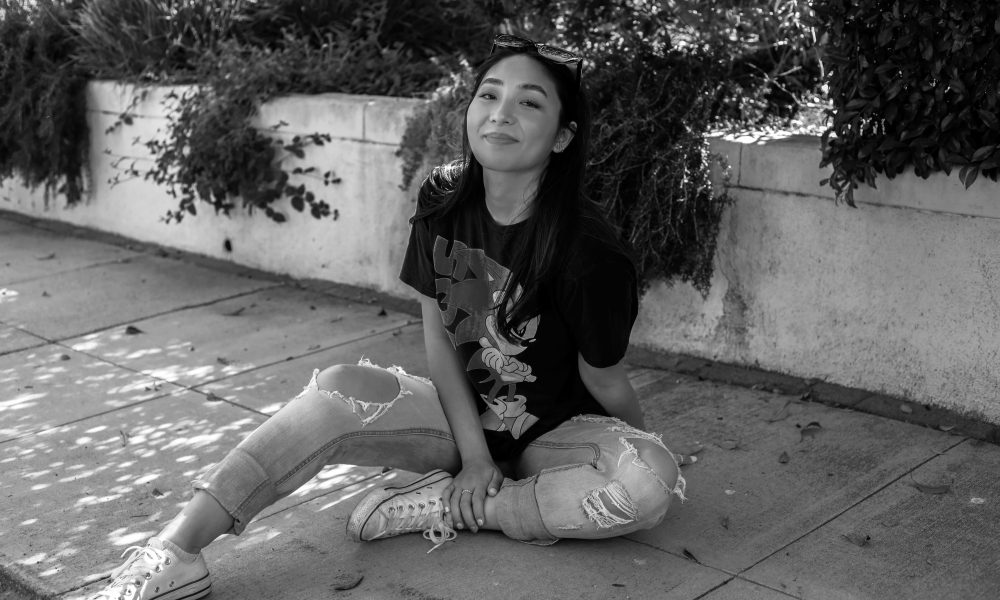 Today we’d like to introduce you to Kristeen Chan.

Hi Kristeen, thanks for sharing your story with us. To start, maybe you can tell our readers some of your backstory.
I was born and raised in Texas now living in Los Angeles. I’m an Actress and Casting Assistant for AHC now but how I got here definitely wasn’t smooth. I come from a very traditional Chinese Family household. My parents were refugees of the Vietnam War, so they were always really tough on my brother and I to finish school, go to college and get a good-paying job.

I always knew I wanted to be an actress, probably since age 11 when I watched tons of Disney movies and shows, so that was hard for my parents to digest. No one else in my family knew anything about this world so I had to do a lot of research on my own and read a ton of books. Fast forward past all the high school productions I was in – I ended up majoring in Economics at The University of Texas at Austin and worked for a bit after college to pay for my way to LA. I eventually made it out here and got a job as a coffee shop barista – I know, typical right?!

I didn’t want any help from my family back home because I wanted to prove to them I could do this on my own. I didn’t really get any emotional support from them. All they’d ask me was when I was coming home and when I was going to give up this pipe dream. Things like that are hard to hear, but I feel like we don’t talk about that much. I’ve heard a million stories of families and parents giving their unconditional support to their kids and their dreams, but that simply wasn’t it for me. If you’re reading this and your parents or family don’t support what you’re passionate about, I understand and I hear you.

I’ve worked really hard to get to where I am and I’m absolutely proud of it. I’ve worked so many jobs and eventually landed at AHC (Alyson Horn Casting), as a Commercial Casting Assistant with an incredibly hard-working team that I learn from every single day.

Alright, so let’s dig a little deeper into the story – has it been an easy path overall and if not, what were the challenges you’ve had to overcome?
Everyone knows that making a big move out to Los Angeles is so far from smooth, there’s a lot of struggle in that process. I feel lucky to be where I am right now because 3-4 years ago, I was wishing for what I have today. I was able to come to LA with my best friend and now roommate.

I remember coming here with one large suitcase, money saved up from my full-time job and no means of transportation. I took ubers/lyfts, public transit, rides from friends for a full year before I bought my first used car for $2K. That car took me everywhere even though it was 21 years old and was falling apart. Someone even stole it one night in a parking garage but I eventually got it back. They probably thought it was crappy too. I worked part-time at a coffee shop so I could have time for those auditions and classes. I even shared a one-bedroom, one-bathroom with three girls just to save money on rent! It was tough and I had a lot of moments where I felt lost and depressed, but things always had a way of working out.

Can you tell our readers more about what you do and what you think sets you apart from others?
I’m first and foremost an Actress, then a Casting Assistant, then a Producer THEN a YouTuber. Isn’t that fun? Haha. I used to think of myself as JUST an actress or someone TRYING to pursue a career in acting, but I wanted to change the way I say that.

I’m proud to be pursuing something that I adore doing all the time. I wanted to create the narrative of my story because I was tired of writers getting our stories WRONG. I didn’t want to be an actress that sat back and let everyone else tell our story. That’s when I started to write more content and I’m so proud of finally being able to produce my own shorts. I never truly understood when people said to create your own content, but now I do.

Telling stories is something I’m really passionate about, especially being an Asian-American, I wanted to share MY perspective. I was really tired of seeing every single Asian character in movies and television have an accent or stereotyped. It’s annoying guys. I grew up in Texas and about 2% of the people I knew had an “accent” that Hollywood loves to portray. I was tired of seeing roles like “Asian girl” or “Asian friend” why can’t we just be “girl” or “friend.” It doesn’t always have be labeled like that. We are so much more than what society and Hollywood thinks we are so that made ME want to be the writer and the narrative of how I want to be portrayed and the roles I want to audition for.

Can you tell us more about what you were like growing up?
Oh goodness. Little Kristeen was feisty. Then she was shy. Now she’s feisty again.

I will say I didn’t listen to my parents a lot, but I was always great in school and got along with people. I’d say I was pretty driven even at a young age. I always had big goals in mind and that has never changed.

I became a little more humble in college and after graduating because I was trying to figure out my life outside of University. Nonetheless, my love for acting and watching amazing performances in movies and television still goes strong. 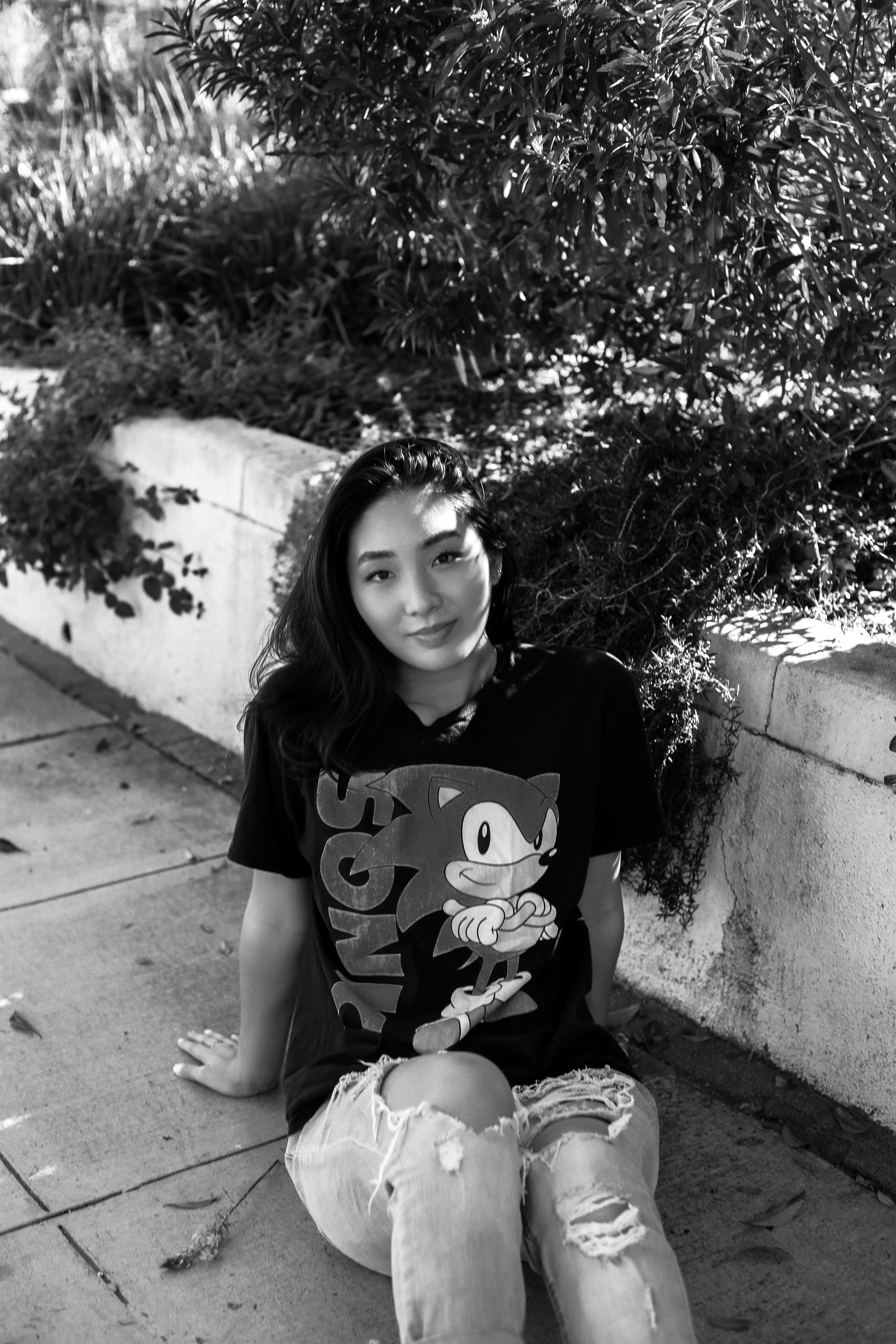 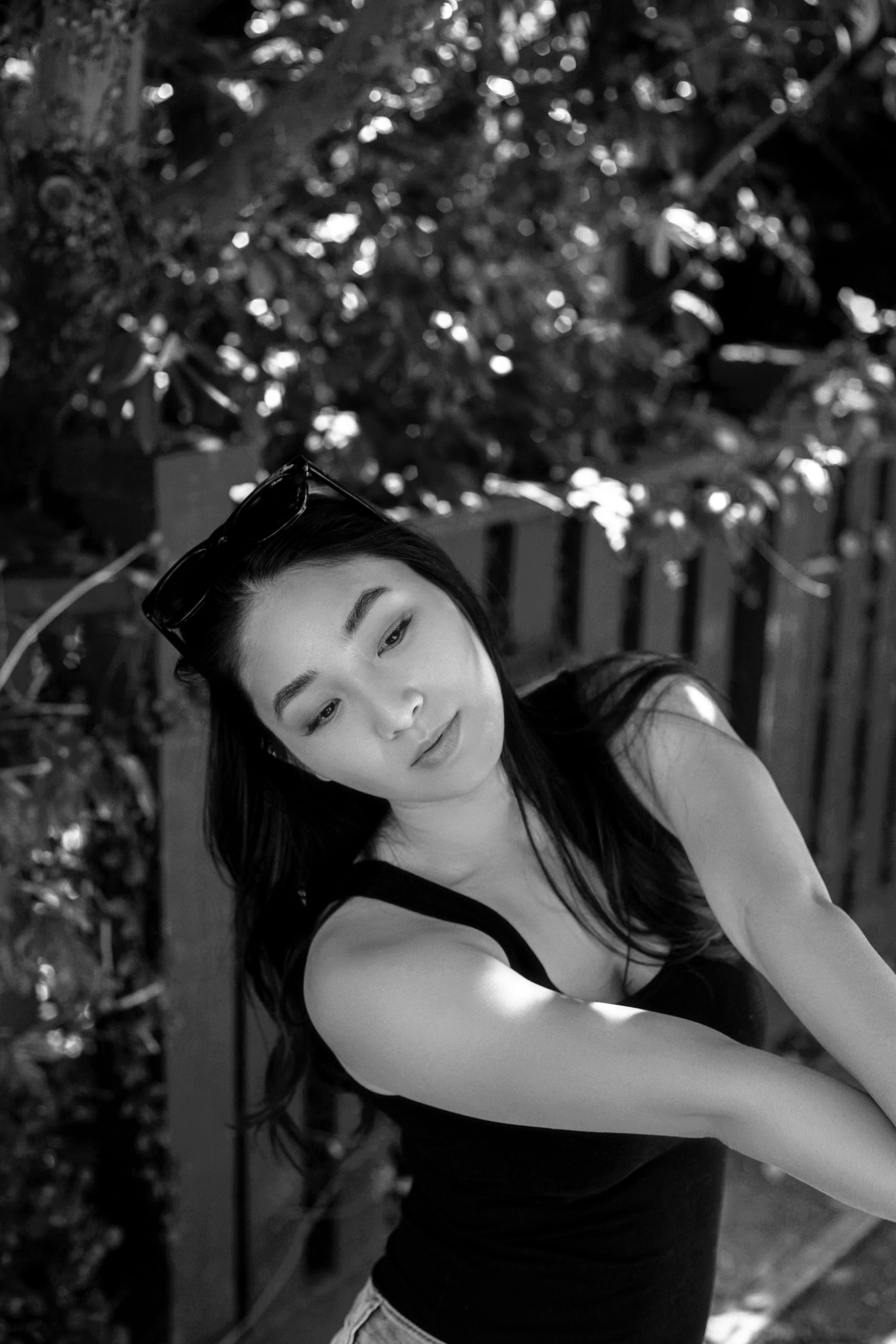 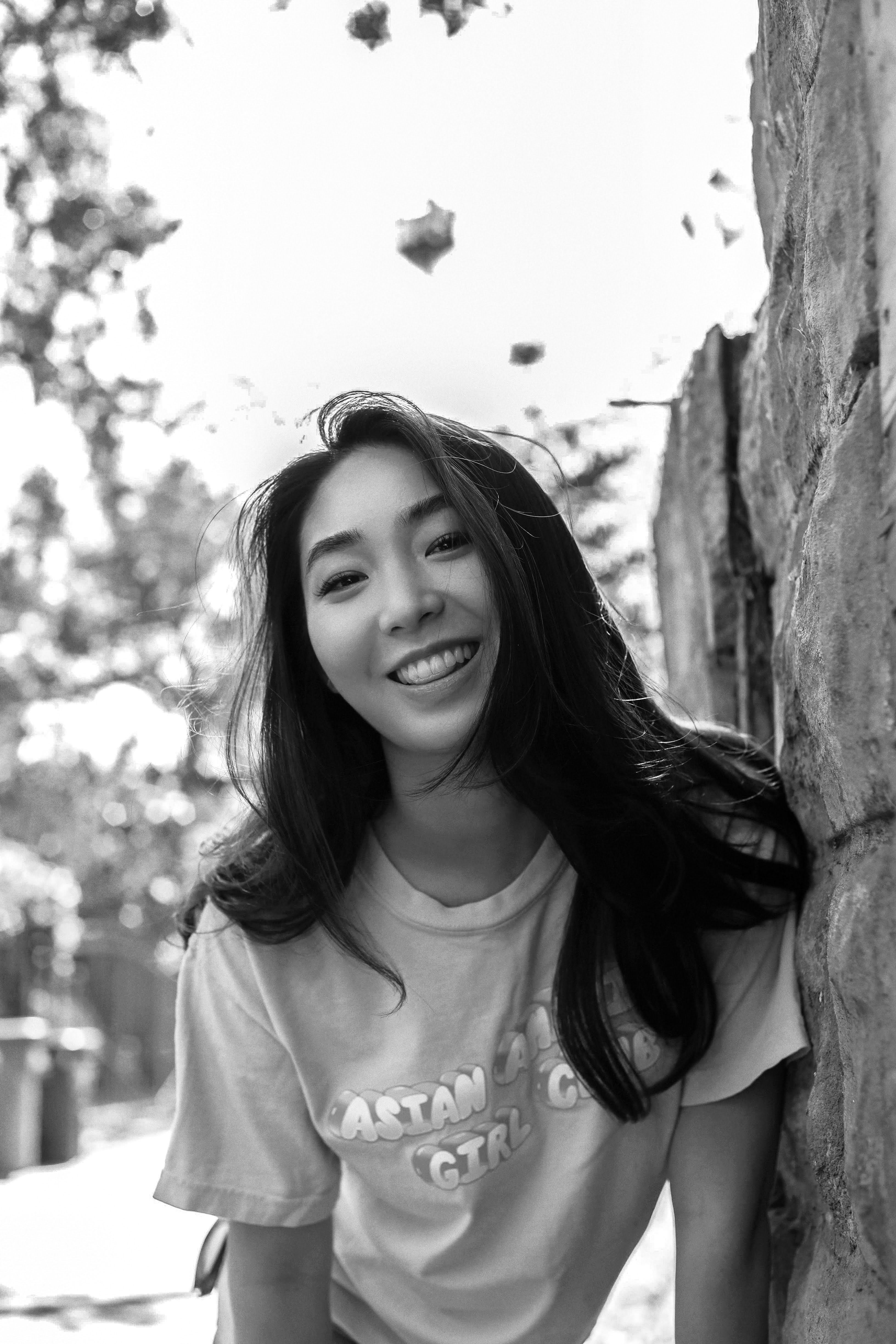 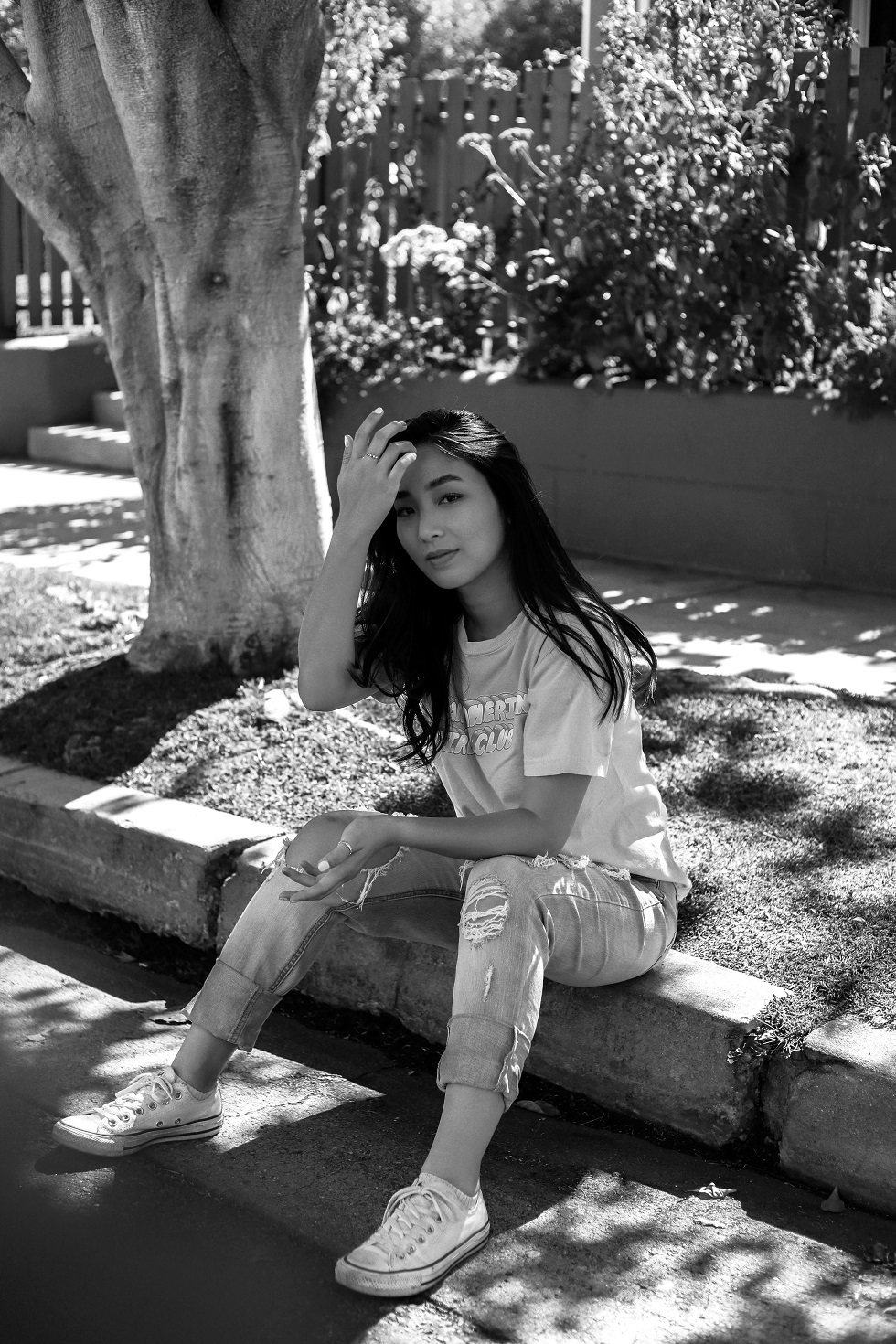