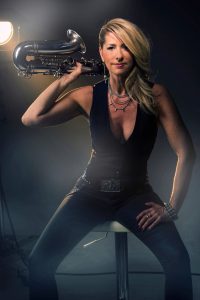 Today we’d like to introduce you to Katja Rieckermann.

Hi Katja, so excited to have you with us today. What can you tell us about your story?
I was born in Lübeck, Germany where I lived until I was 19 years old. From there, I made my first big move to Paris to study French where I stayed for one year. After that, I came to the US for the first time. I stayed in the Bay area for three months trying to pick up as much English as I could. During my stay there I got to see a lot of live music and when I saw a female saxophonist perform I decided that that was what I wanted to do with my life! When I returned to Germany, I moved to Hamburg right away and bought my first saxophone for my 21st birthday. I started taking private lessons immediately. I had never played an instrument before, so I had a lot of catching up to do but I was very motivated and practiced every day and when I wasn’t studying (at the same time I went to school to become a “foreign language secretary”). After a couple of years of dedicated practicing, I started teaching saxophone myself and played in a couple of bands so that I was able to make a living as a musician. In 1997, I decided to move to Los Angeles and “reach out for the stars”. It was a difficult start but it was also a lot of fun: In those days there was live music everywhere in town and I was able to do a lot of networking. I went out almost every night to where bands were playing, walked up to the musicians and asked if I could “sit in”. That’s how I met tons of musicians. I also put my own band together playing my original music – I had started composing when I was still living in Germany actually. In 2001, I finally had my big break then: I joined Rod Stewart’s band and ended up touring with him for the next 14 years! All the hard work of practicing had paid off! Whenever I wasn’t touring, I was inspired to write music and eventually, I released my first solo CD called “Katja” in 2007 followed by “Horn Star” in 2010 and finally “Never Stand Still” in 2015. I also wrote a saxophone exercise book called “101 Soulful Funk Licks” (available in the store section of my website KatjaRieckermann.com)

In 2019 I released a remix of the hit “Da Ya Think I’m Sexy” for which Sir Rod Stewart re-recorded the vocals for me. During the Pandemic in 2020, I released two singles: “Together” and “Dannie’s Blues” and on May 7th, 2021 I released another track: “Vigilante Kat”. I am especially excited about the video to this track because it addresses a topic that has been dear to my heart since I lived in Paris: violence against women! During my first couple of days of my stay in Paris on my way to Sacré-Coeur, I was attacked by a stranger. I remember him being very strong and wanting to pull me into an alley when another stranger came to save me. The two of them fought for a little while until the one that wanted to do me harm finally ran off! I was so scared! Until this day, I am grateful for my savior! The next day I went and bought some mace which I always carried with me after that when going out. I had to use it once on somebody else that grabbed me while I was traveling in the metro. Anyway, I dedicated the video to “Vigliante Kat” to bringing awareness to the prevention of violence against women. The video director Paul Gervasi did a great job with the script to the video! You can find all of my releases and videos on my website!

Would you say it’s been a smooth road, and if not what are some of the biggest challenges you’ve faced along the way?
Of course, it wasn’t easy! Even though it sounds very glamorous to live in Los Angeles etc. but people don’t realize that it was very challenging to move to the other side of the world and start all over! It took a lot of energy to network in order to meet the right people. And it was quite lonely at times! More reason to be grateful to have music in my life to keep me busy. My instrument has always been there for me to keep me company in moments of solitude!

Also, thinking back to when I started playing, I didn’t get any support about my wanting to become a musician. I didn’t start playing until the age of 21 with absolutely no musical training. Nobody believed that I would “make it” as a musician. LOL. That actually gave me more willpower to succeed! Kind of reverse psychology?

As you know, we’re big fans of you and your work. For our readers who might not be as familiar what can you tell them about what you do?
I am a professional saxophonist/composer/book author originally from Germany. I moved to Los Angeles in 1997. Most people know me from having toured with Sir Rod Stewart for 14 years from 2001 until 2015. I have also performed/recorded/ worked with Lady Gaga, Brooks and Dunn, Dave Stewart (Eurythmics), Mary J Blige, Jeff Goldblum, Rue Paul, Wang Chung, David Foster, Nile Rogers, just to name a few. I have performed in countless tv and award shows (Grammys, American Music Awards, People’s Choice Awards, Country Music Awards, Dancing with the Stars, Jay Leno, Ellen, David Letterman, The View, GMA, Ally McBeal, Star Trek Nemesis, etc.). Besides having worked with major artists, I have been writing my own music and have released a bunch of solo albums and singles as an independent artist which are all available on all streaming outlets as well as videos on YouTube. I have my own band and have been performing my original music live for many years mostly locally at the world-famous Baked Potato as well as Herb Alper’s Grill Jazz.

One of my personal highlights was to open up for one of my favorite bands “Tower Of Power” at the Saban theater and the Rose in Pasadena.

I am especially excited about the release of my new track/video “Vigilante Kat” coming out May 7th, 2021.

Is there anyone you’d like to thank or give credit to?
Well… Sir Rod Stewart deserves the biggest credit for getting my name out there for sure! I think many people went to a concert of his and were wondering who that sax player was! And my brother Ralph Rieckermann – he was the first one to move to Los Angeles in the late 80s. He, btw, was the bass player for the Scorpions for about 12 years! Without him already having lived in LA, I most likely would not have moved there myself. So, thank you, brother! I would never have gotten the gig with Rod if I hadn’t lived here. Another one that deserves credit is my friend and bass player Andy Hess. He is the reason why I started playing the sax in the first place and he also is responsible for (many years later!) me meeting Carmine Rojas who was the musical director for Rod at the time. 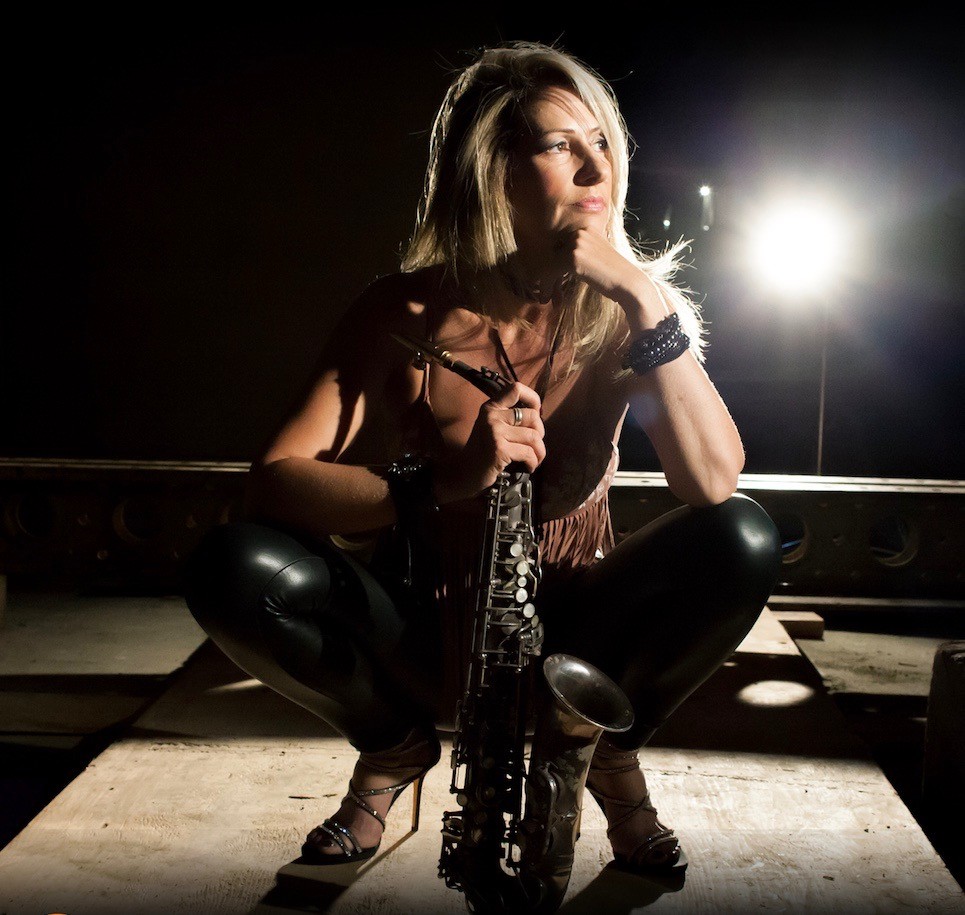 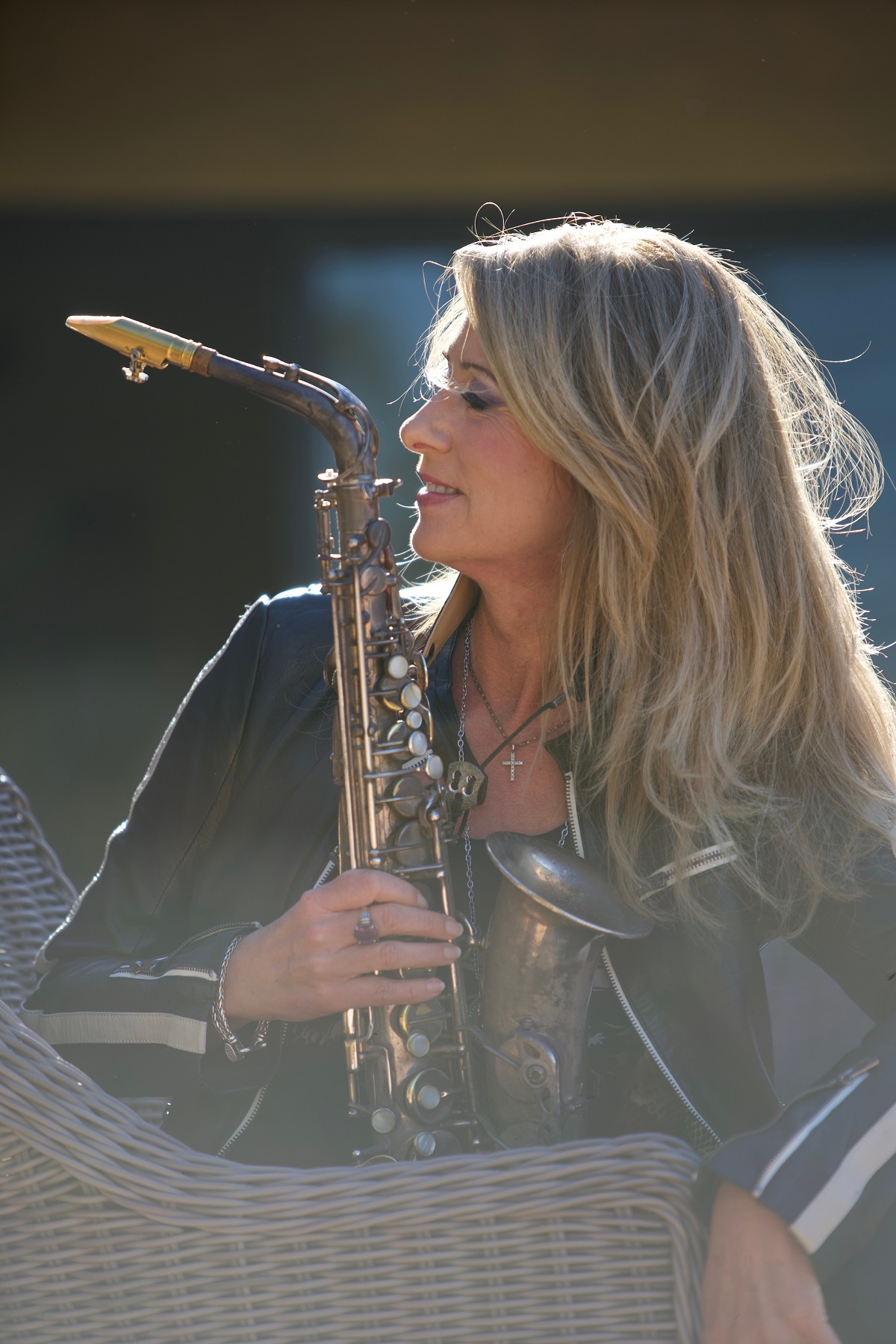 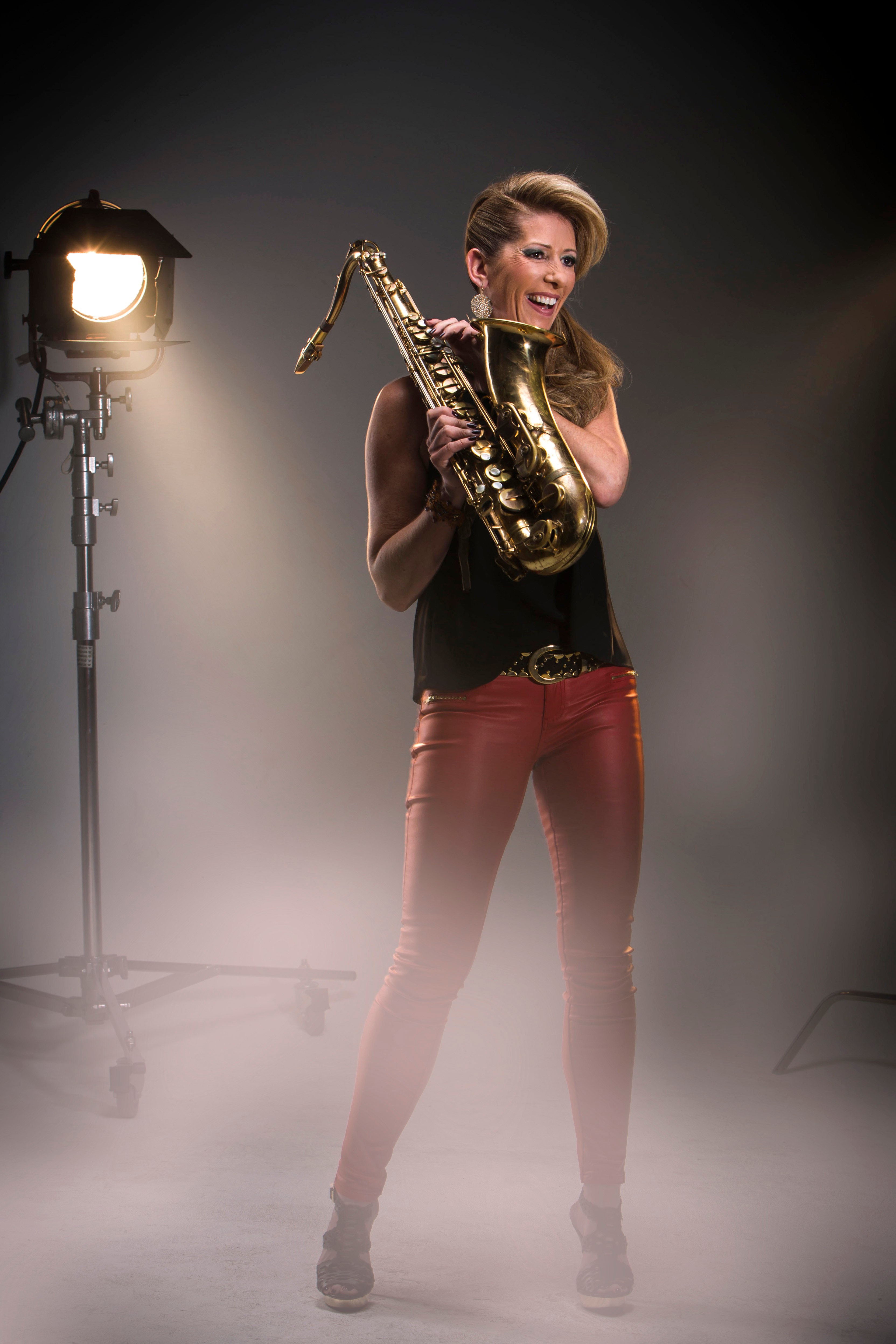 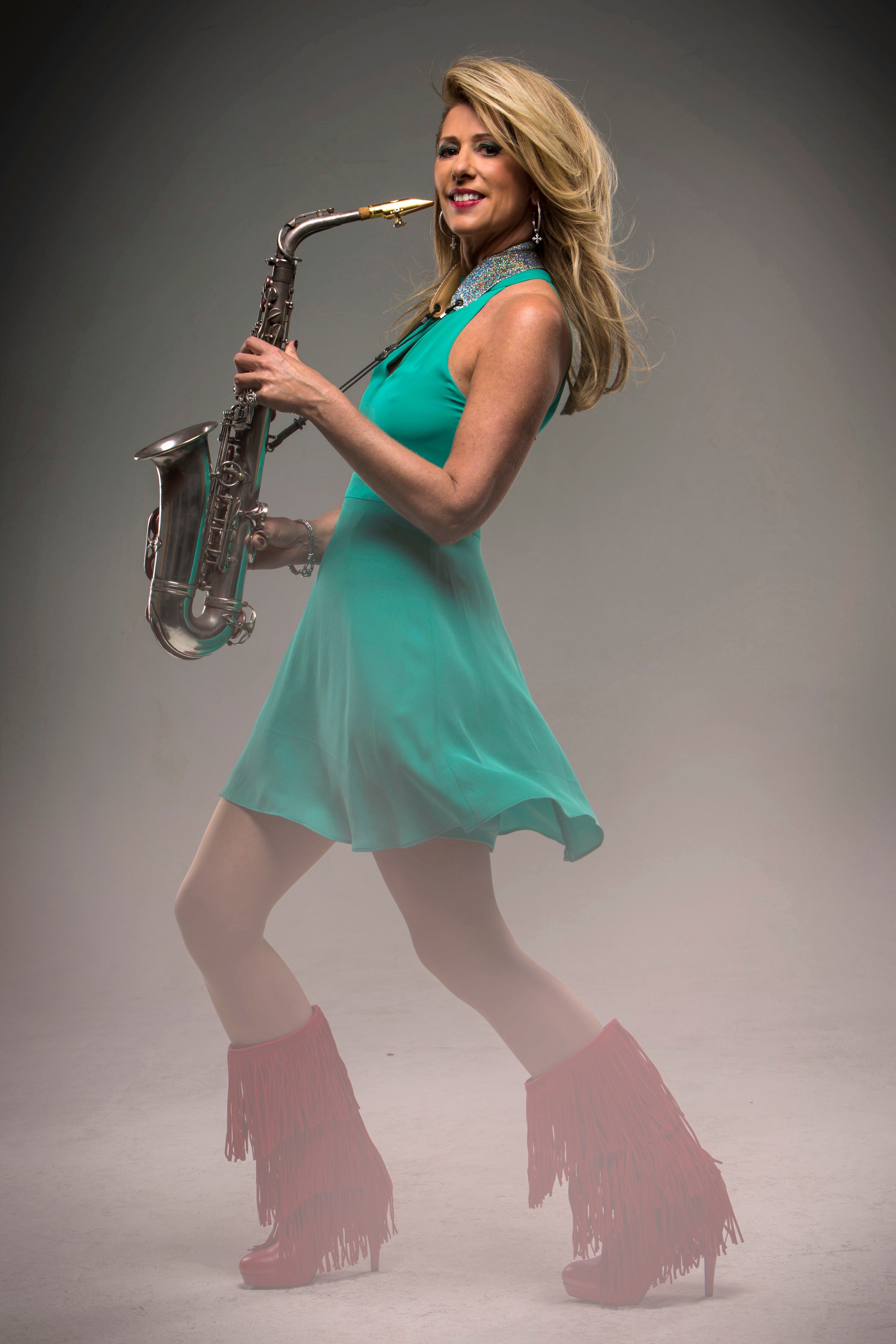 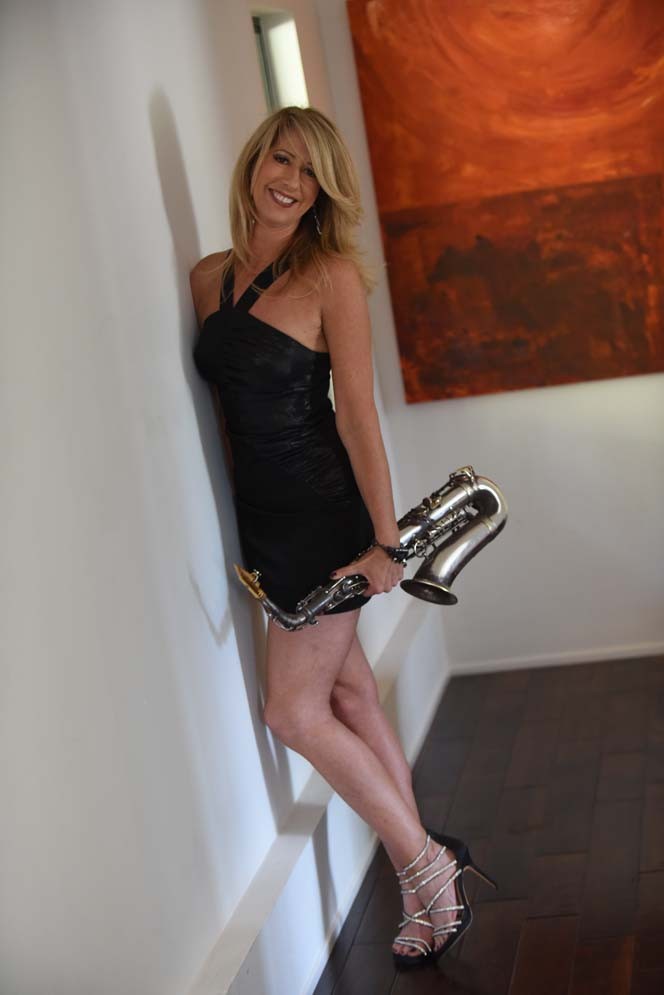 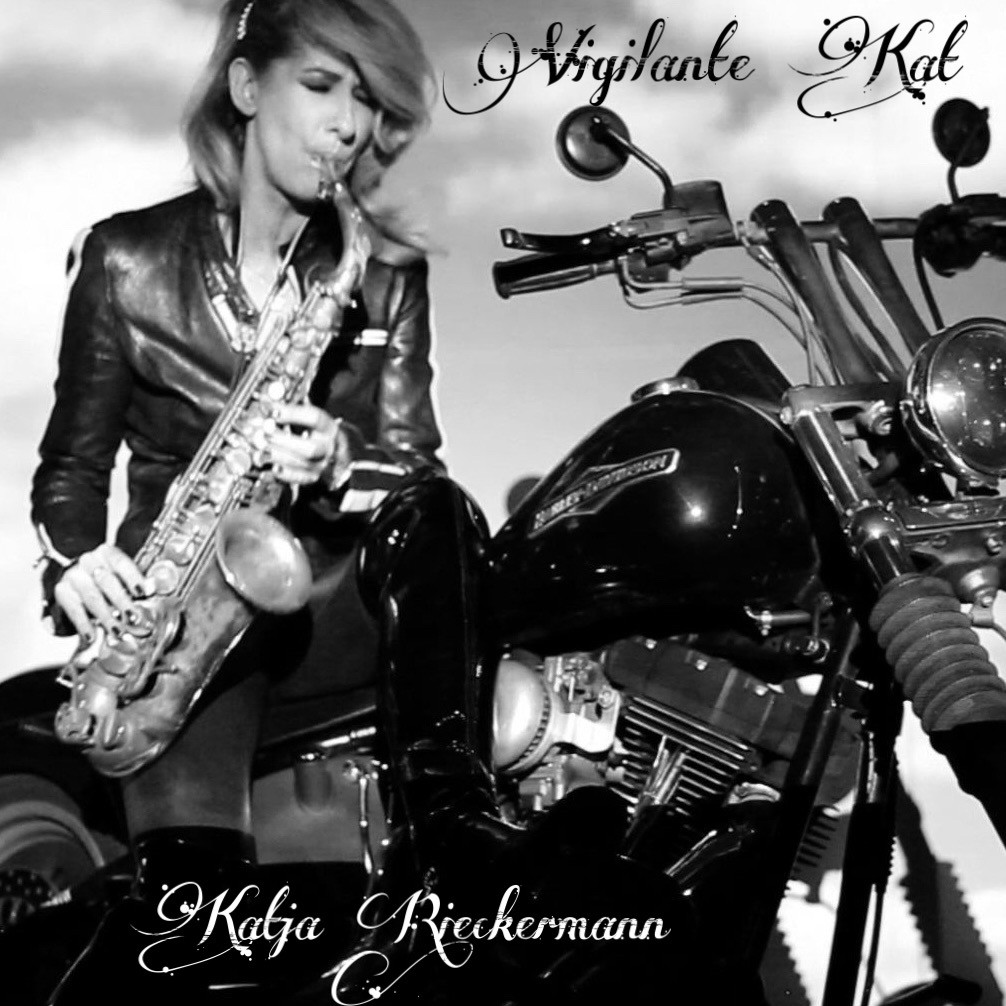 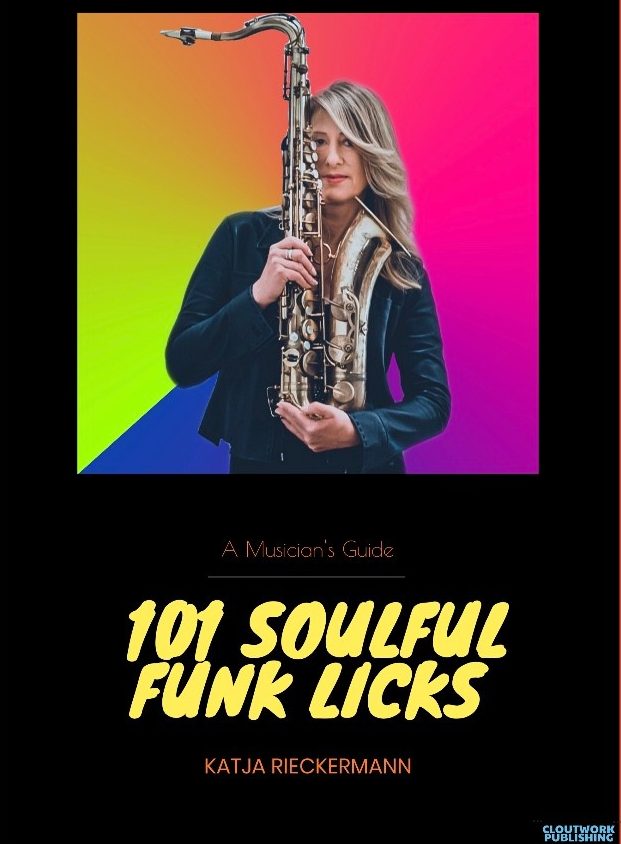 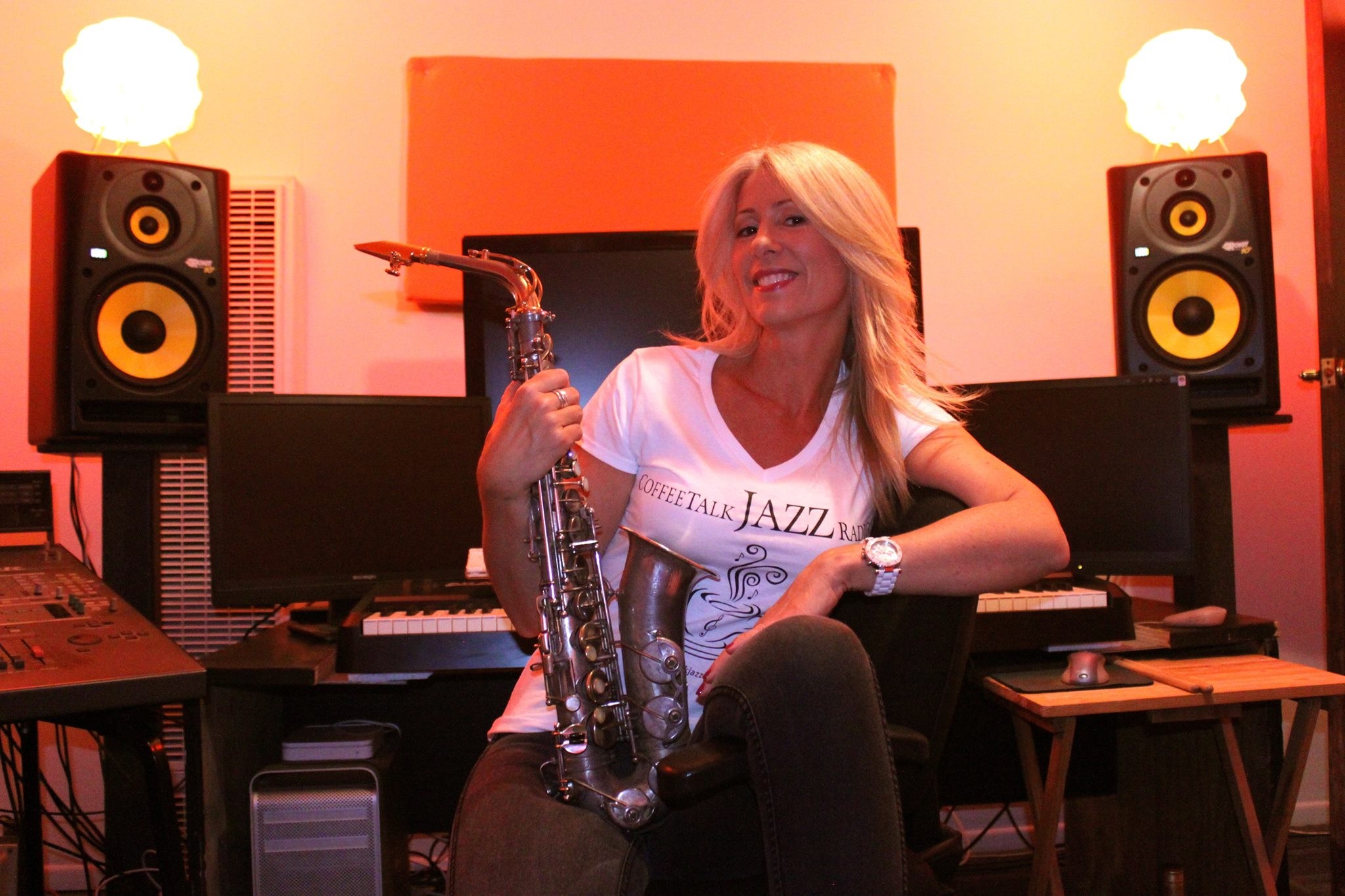