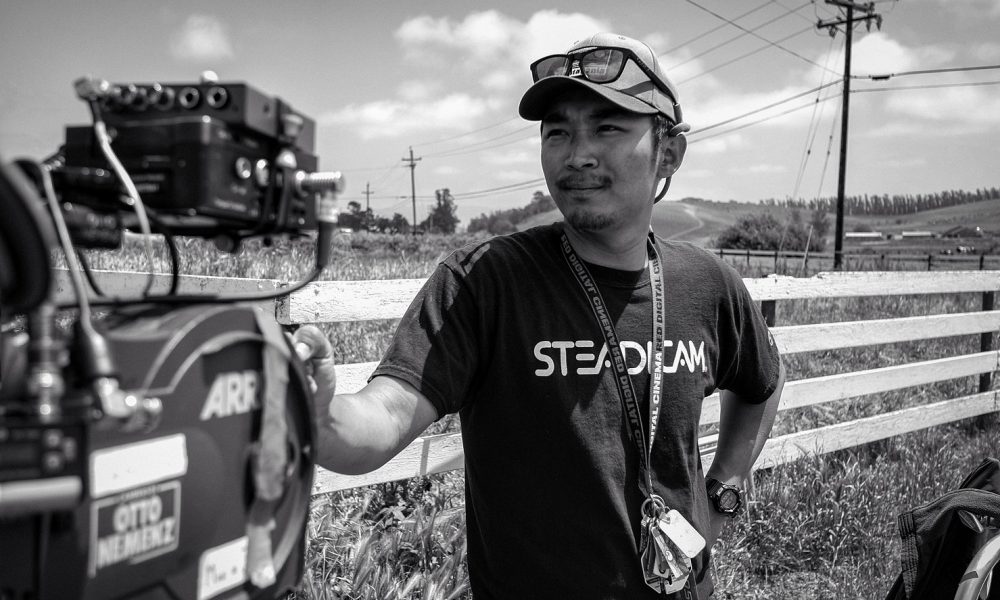 Today we’d like to introduce you to Jun Li.

Hi Jun, please kick things off for us with an introduction to yourself and your story.
A young Camera/Steadicam Operator based in Los Angeles and a working member of ICG Local 600. I have an interest in film since I was a little boy. I Always curious how those action scenes were made and why dramatic scenes make people so emotional. I’ve watched a lot of VCDs and VHS with my parents but I still remember my first movie theater experience is The Rock in 1996. When the moment I saw Nicolas Cage drives the yellow Ferrari flying down California Street in San Francisco, the SEAL team is wiped out, only he and Sean Connery deal with the soldiers on their own, and the F22 fly over to the Alcatraz dismissed lunch the missile in the very last second, I think from that time on, I want to into this magic movie world. While finishing up my Master’s Degree at the Academy of Art University in Cinematography, I was inspired by an amazing Steadicam Operator named Stew Cantrell on a project in 2014. His outstanding craft on camera operating kept me fascinated for so long. I knew right then where I wanted to pursue my love of Cinematography and Camera Operating as my lifetime career.

I’m seeing my job as a creative position because as a camera operator not only have to have to train your operating skilled but also you have to be creative as much as you can. My philosophy is quite simple when it comes to my work. A caring camera operator can surely bring more possibilities to the creative process of a film. By examining the script as early as possible, I will have a solid idea about the visual component of the film and it allows me to share that with the director and cinematographer and further add to the creative process which in the end is very gratifying. My ability to speak both fluent Chinese and English has helped me work with crews internationally, giving me the opportunity to experience a different culture which is helping me smoother the creative process. I have worked both A & B Camera as a conventional Operator in addition to doing Steadicam and Crane Work.

I enjoyed every day on set because I believe the camera operator has the best job in the world. I’m very fortunate to be able to work on a few amazing projects in 2020. Grey Elephant, the most recent feature film I worked on as B camera/Steadicam operator, directed by Eoin Macken, best known for starring in the NBC series The Night Shift and Netflix’s Nightflyers. This is a story explores the complexities of two couples meeting together for the first time after months of being on lockdown due to the coronavirus pandemic. The casts we had on this film are great to work with such as our lead actors Jill Flint (The Good Wife), Mac Brandt (Lovecraft Country), Erin Richards (Gotham), James Roch Lemon, and Brendan Fehr (Roswell). It was a very fun process to work on this film. We did many creative works to make this story have more identify with some true things, relationships and life change under the Covid pandemic in real life. I am really excited to see the final version of this film and let more people watch it.

I’m sure you wouldn’t say it’s been obstacle free, but so far would you say the journey have been a fairly smooth road?
It’s been a very challenging road for me from the beginning because every project were so different. There is always new things to learn and problem to solve. Communication is always the most challenging and also a critical requirement for me as a camera operator. Motion Picture is a visual medium and the camera operator is closely involved in it with the director and cinematographer. Technically, I’m the person who holds the frame. I am responsible for making it look right and to fit the director’s vision. I learn that efficient communication on a fast-paced set, the ability to take direction and communicate what I need to execute the direction is one of the key components to success.

As a camera operator, you need to have a good working knowledge of all camera systems, lenses, and any camera platform for your job. Your knowledge will determine technical details of the equipment related to the job as well as you need to have the knowledge supervising the style of shooting, camera movements, or any usual aspect of the film. I spent a lot of time learning not only when I was in film school but also in many industry events, workshops, in discussions with my fellow operators so I could be fully prepared for the jobs to come. Working amidst the global pandemic adds even more to the challenge both physically and mentally. I miss everyone’s clear lovely face on set, and I hope we could go back to normal as soon as possible.

Appreciate you sharing that. What else should we know about what you do?
I am very proud of my profession as Steadicam Operator. The Steadicam itself is a body mounted camera stabilization system for motion picture cameras. It delivers the image steadiness as a dolly shot but enables the camera to move freely in various kinds of space as well as have more possibility to achieve the framing, emotion and camera movement dynamically and naturally. The Steadicam System has been in use since 1975 when it made its debut on the feature film Bound For Glory and has since been acknowledged as the most important shot-making tool in the motion picture and television industry. Steadicam is a unique skill. A Steadicam Operator is often considered one of the most valuable persons on the film set. Most Steadicam Operators trained by a special tanning course or under a mentorship with long hours of hands-on experience.

It’s a long way for me in my early days in this industry after learning the unique capabilities of the Steadicam while studying under the tutelage of legendary Steadicam operators Jerry Holway, Chris Fawcet, David Svenson at the Tiffen Steadicam Gold Workshop in Georgia, the premier learning facility for Steadicam. Then I took private classes from Steadicam veteran Greg Smith to further hone my skills. Right now, I am under the ICG-600 mentorship with active A Camera/Steadicam Operator Mark LaBonge. Also, I have to mention the Steadicam Operator community is a welcoming community. Our friendship, our bond is strong. We share our working experience, practice our craft together, and cover each other when needed. 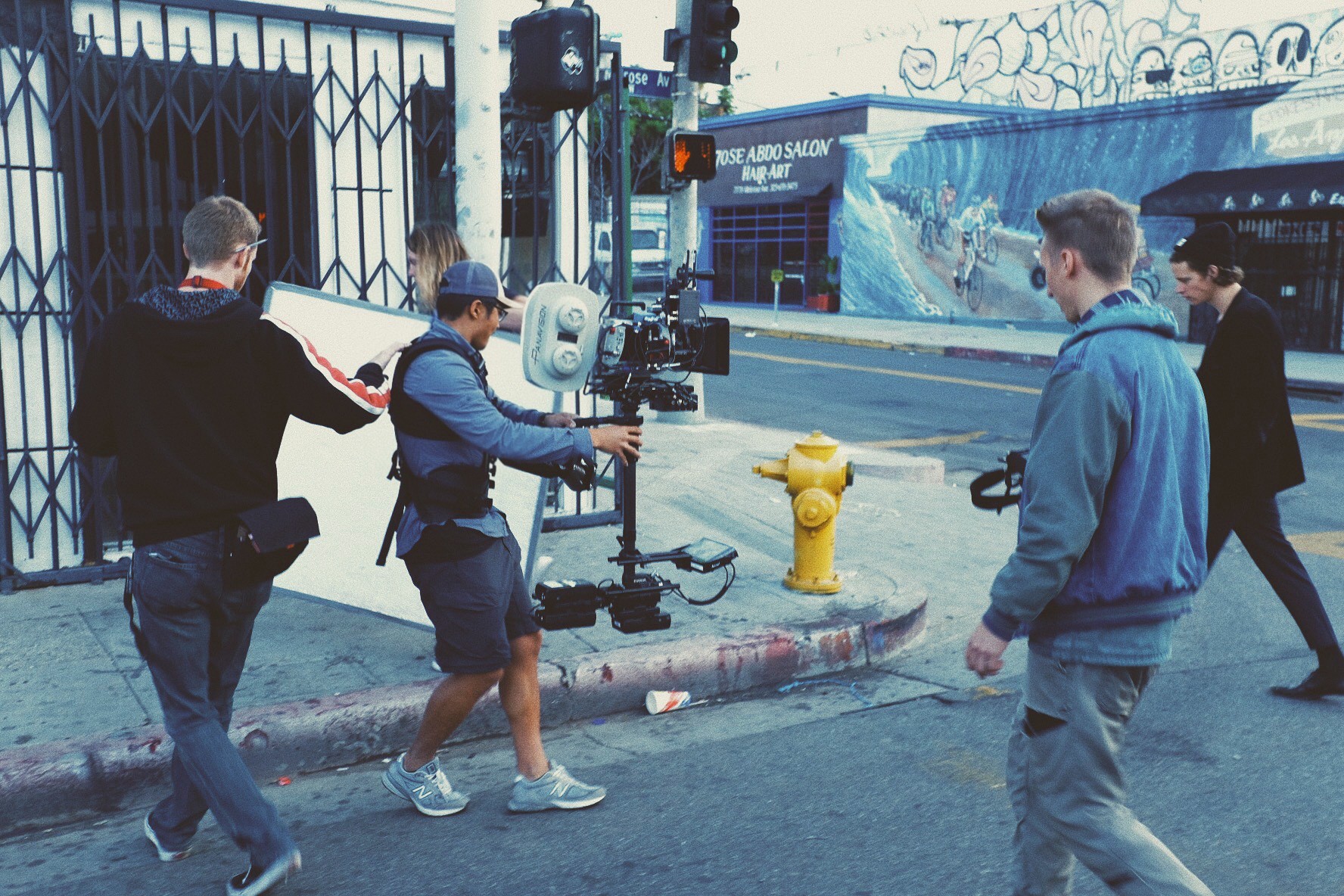 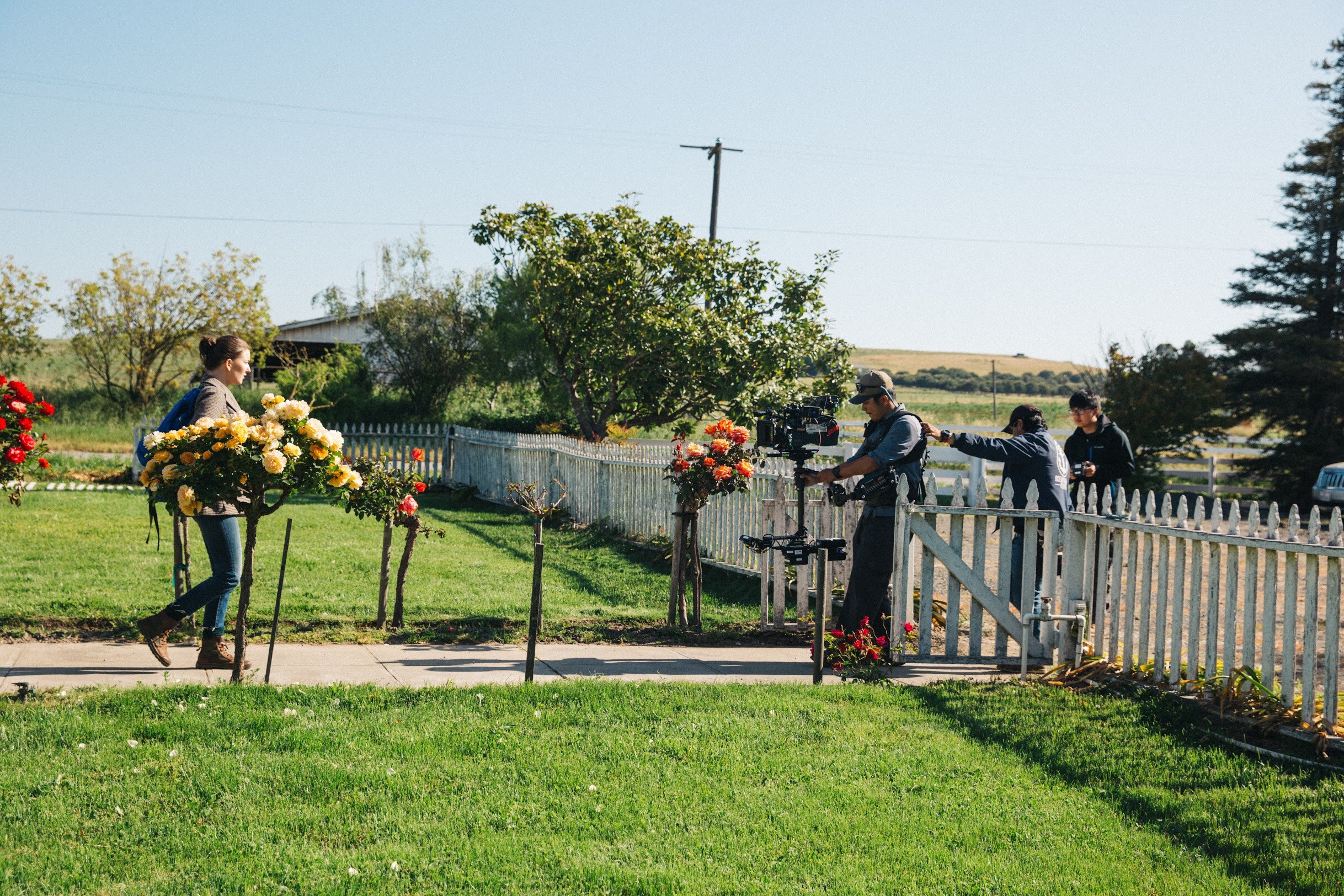 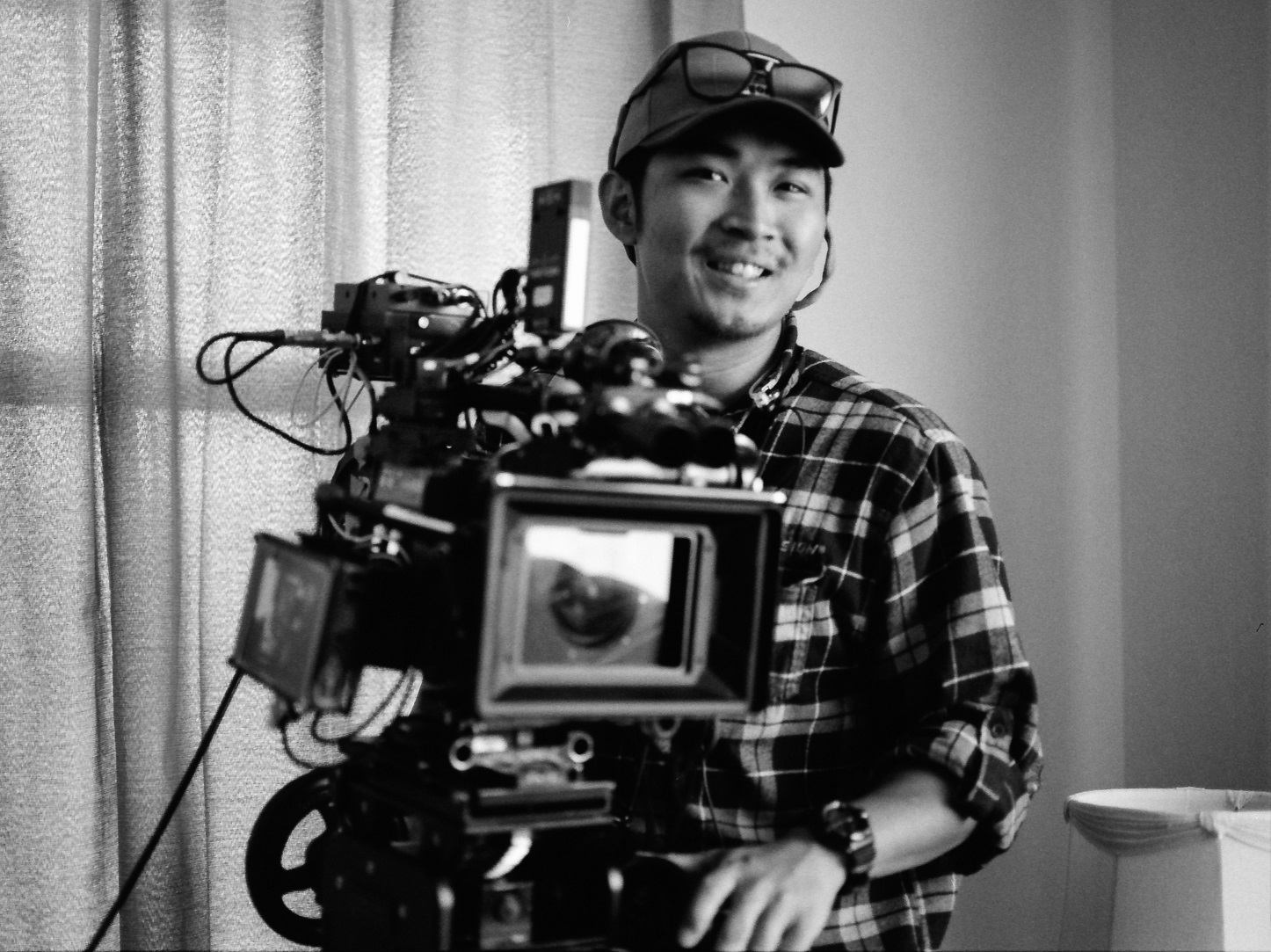 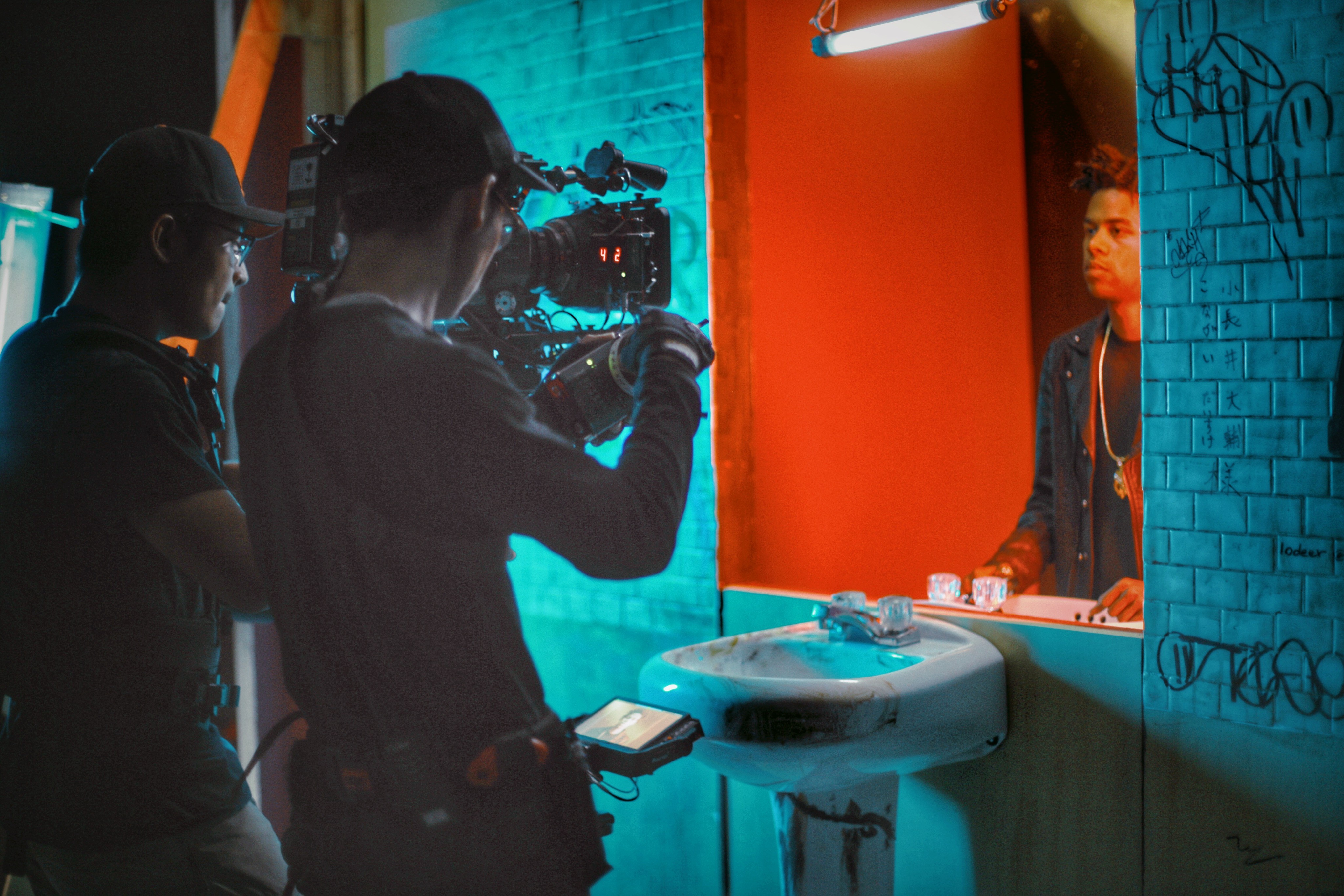 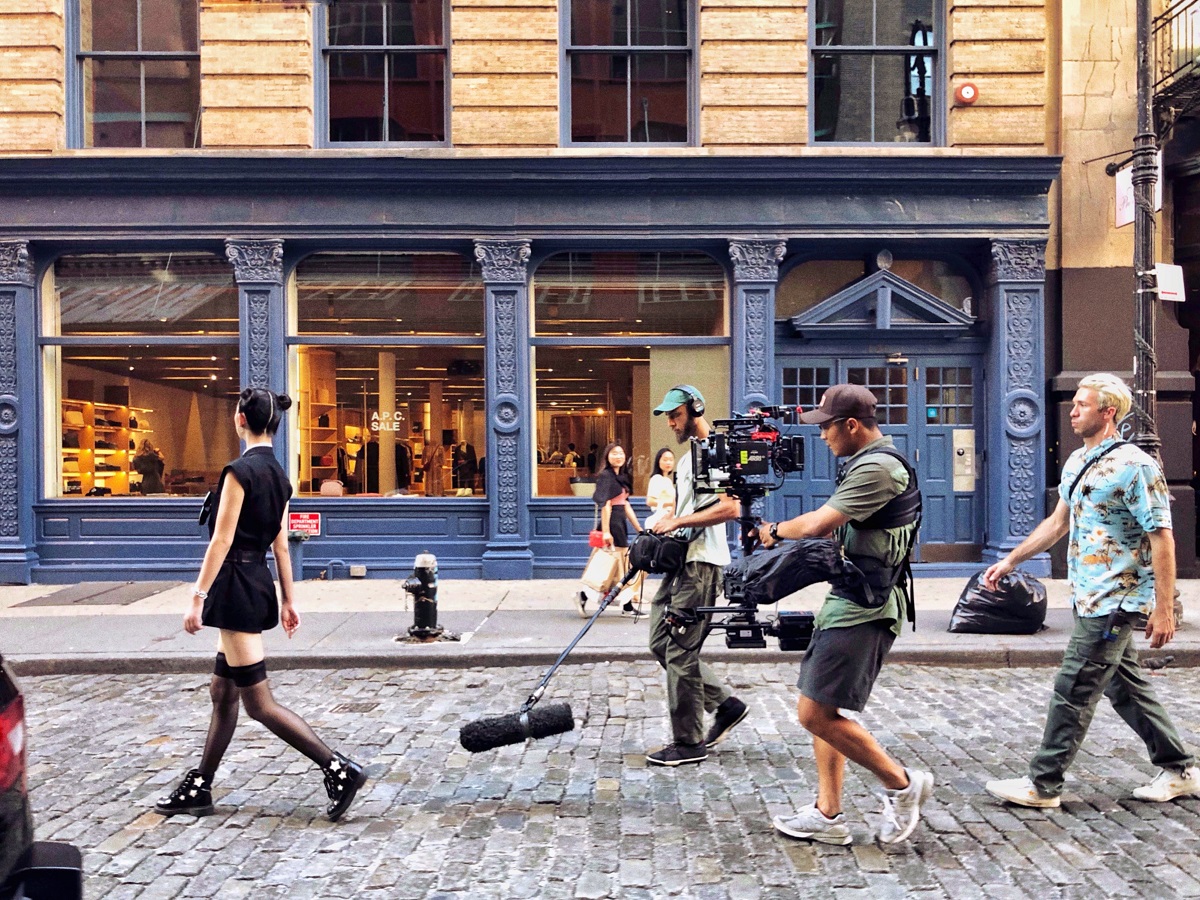