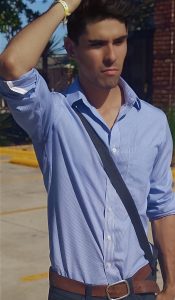 Processed with Lensa with LA3 filter

Today we’d like to introduce you to Joseph Belloo.

Hi Joseph, thanks for joining us today. We’d love for you to start by introducing yourself.
I started at pre-K. I was introduced to music as a child and put into piano classes. I was so in love with making music and playing music that I couldn’t keep up with the other students in class so I started learning different songs and more advanced music with the piano at an early age from pre-K to kindergarten. I knew how to play the whole Star Wars theme song. I knew how to play advanced music by that time so they put me on stage and auditorium at school by myself so that everybody could worship the school for teaching me such advanced projects and music. But by the time I was 18 I learned how to Play 12 instruments moderately to semi-good.

By the time I was 16, I started working on an EP album with the band by the time I was 17, we released the album and immediately started moving up in our local cities. We ended up gaining a lot of enemies and a lot of fans and a lot of friends when we started closing shows over bands we were opening for. We ended up opening for huge bands after that so we up did a bunch of big things for young age. I decided to leave the band and we all decided to break up because I was too controlling and I wanted to control every aspect of what everybody played. I wrote most of the music in the band anyways, so I decided that maybe it’s time for me to branch out and I went into EDM music. And my first two years of starting to learn how to play EDM and make EDM music got me in front of artists like Elepante and opening for other mid-tier big EDM artists. After I started getting buzz, I was glad that my grandpa since I was in middle school till I was out of high school taught me the guitar/piano everyday we met. Without my grandpa helping me learn music, I wouldn’t have been able to branch out into different genres. Once I was done with the EDM scene, I realized that I needed to branch out to make music more that I liked, so I started working for a big name celebrity artist I started working for mid-tier celebrities in my hometown as well and I started gaining a lot of buzz about me again on another level. I realize now there was a lot of wrong I did on my part to get to this point thought, I’ll explain as we keep reading

After this, after working on other artist’s music I decided to go back to making my own and I ended up joining a group called Divinitybay and we got signed the first two EP albums on her first year to a manager named Jay Warsinski. Who manages huge artist in the industry in LA and still lives there today. Mr. Warsinski worked with Lil Wayne, Eminem, and even all the way back to AC/DC. Mr. Warsinski is literally a pioneer in the music industry. He is the hosts every year for a huge event for independent managers, artist, and labels in LA. Then I released my music through a distribution company and with spinnup as well with Universal music group and really different kinds of music like Christian music too. But now I’ve gone back to my secular roots and yes I do sometimes sing about my faith but most of the time. I try to keep it secular so that everybody can hear it and enjoy the music as much as I can possibly make it for them. I had an invite to a festival at the beginning of the year, I have been invited to do a lot of things but right now, I’m currently just planning on releasing my EP and my singles by the end of this year into next year. I have released already a lot of my music on SoundCloud for free without telling anybody or promoting it. Literally, I drop a new song on there almost every single day but it is music that Didn’t make the EP or still might be under consideration towards the deluxe version of the EP album. So many songs and EP’s being dropped on there and it’s hidden only to real seekers and fans.

Alright, so let’s dig a little deeper into the story – has it been an easy path overall and if not, what were the challenges you’ve had to overcome?
Heck no, I don’t think that people understand if they’re not in the music scene how terrible of a life it is at first. Especially if you start getting a lot of traction and people start liking you at the beginning, it starts getting to your head but at the same time, you really don’t make any money in this industry. Like you really have to be forced into it like I was or you got a deep love for it like I do. But usually parents were right about not wanting me to go down this road and sometimes I do wish I took down that advice. But I’m here now and I’ve gone too far and I just can’t go back now it’s just too late for me. I have started acting and I have been in a lot of films sets, so success might happen with that. But for some reason, the music is what you strive for when it’s mostly all you’ve done. The biggest problem is a self-defeat and self-annihilation mindset in your brain and in your heart. I feel like most artists feel like their reality isn’t matching with their dreams and what They are hoping for. So there’s a constant state of depression and extreme happiness all the time because you get new opportunities and then you get no opportunities. It’s really hard and it’s really sad a lot of the time working on the stuff but you know a lot of the artists that I started with, a lot of them have already quit the music industry and/or are forgotten and were way better than most of us.

But it seems like it’s the ones that keep climbing and that keep making moves even if they’re not as good that start making it big. I’m not the best singer but I do love to make music and I believe that people’s restraints or what they were born with shouldn’t stop them from still trying. Because even if you don’t make it, you’ll still find out a lot about yourself that you didn’t know. And you’ll have different gifts from going down a tough path that you can use for the rest of your life. The truth is a lot of people are not going to make it but what is your definition of making it is what matters. If you settle on what reality matches and you strive for your best then you might not hit the stars but you might hit a planet on the way there. I am religious and just want some people to know that my faith is a stumbling block to some. I always do preach the gospel on my page which is 1 Corinthians 15:1-4 kjv & Romans 3:24-25 kjv and not of any outer/body/changing yourself works today in the church age to be saved. (Romans 4:5 Kjv) but will be of works plus faith in the tribulation time period but not today. By rightly dividing and not by including anything from what we can do religiously or sacraments. Yes, that includes water dunking as well or “turning from sin” in order to be saved. This is a tough subject for some of my listeners knowing this about me and my faith now but it’s worth spreading cause everybody must be ready for what’s coming after death.

Thanks for sharing that. So, maybe next you can tell us a bit more about your work?
I’m an Audio Engineer, I’m an artist, I’m a songwriter, I’m a distributor in my music, I’m a videographer, photographer, picture editor, I’m a screenwriter, storyboard creator, a marketer, video editor, video grader, communication graphics, visual editor, dancer, actor, and etc… I’m most proud of and set apart from others from inspiring others. And also by using cheap material to make high-quality professional grade stuff. People have told me I’ve ruined the industry by creating with standard products like my films for my music and my music equipment. You wouldn’t believe what I used to make it sound or look the way it looks in a way that really grabs people’s attention. I’m a person that grabs broken or things looked down upon and take it to the top. When others say, it’s not possible or can’t be done. I do it. Always have, always will.

If you had to, what characteristic of yours would you give the most credit to?
Anger. The anger of your reality not matching what you believe. Frustration. Frustration will prune traits like impatience. Lying. Lying will show you that you need to accept the facts and stop lying about your circumstances. Lying about your position in life will keep you there. It becomes a comfort zone. Do you want everybody to know that you’re an artist and that you’re doing this or doing that. But the truth is you’re just in your room and you’re not really doing much at all so being honest about who you are and where you are will force you to get out of your comfort zone. Surrendering. Surrendering is so important because that’s when you realize you’re either going to give up and surrender and start finding out what else you’re really good and/or go down a different path. Or you’re going to realize your path and what you will do and step up or get left behind, so it’s all about adapting. This is why I love music and the music industry because there’s no such thing as whiny sissy babies. You either stick it out for the long-haul and believe that it doesn’t matter if you were made for it you’re gonna make it happen regardless. Or you’re going to believe that other people are just talented and that you can never be anything or anybody in your life. And that it’s better to go back or fall into a safe safety zone with your emotions and circumstances. Either way, you got some choices to make just make sure not to make more bad choices than good ones. People literally chose the safe bet and lost too so make sure you loose at what you’re good at or want to become. Happens everyday the choice is yours! 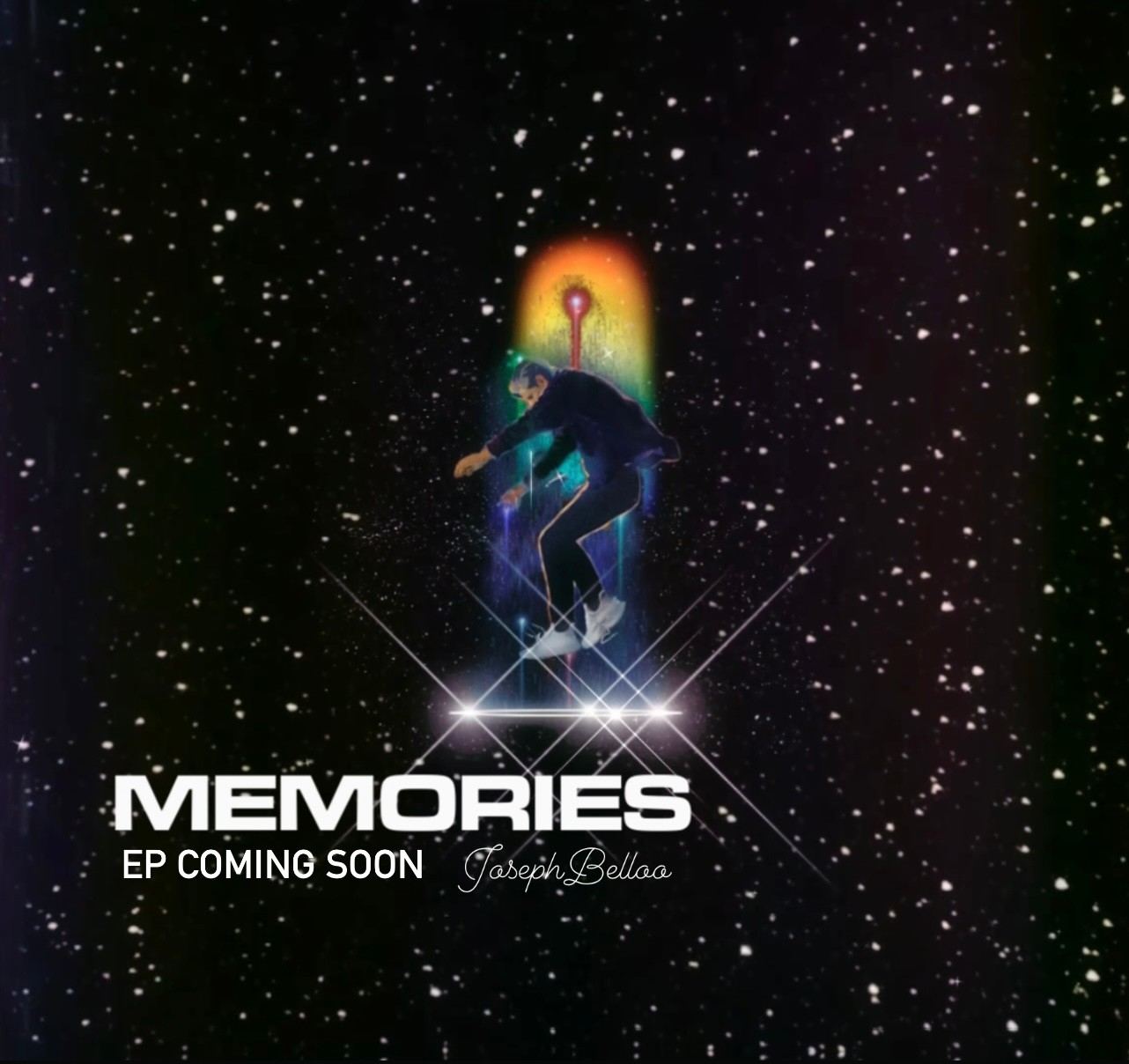 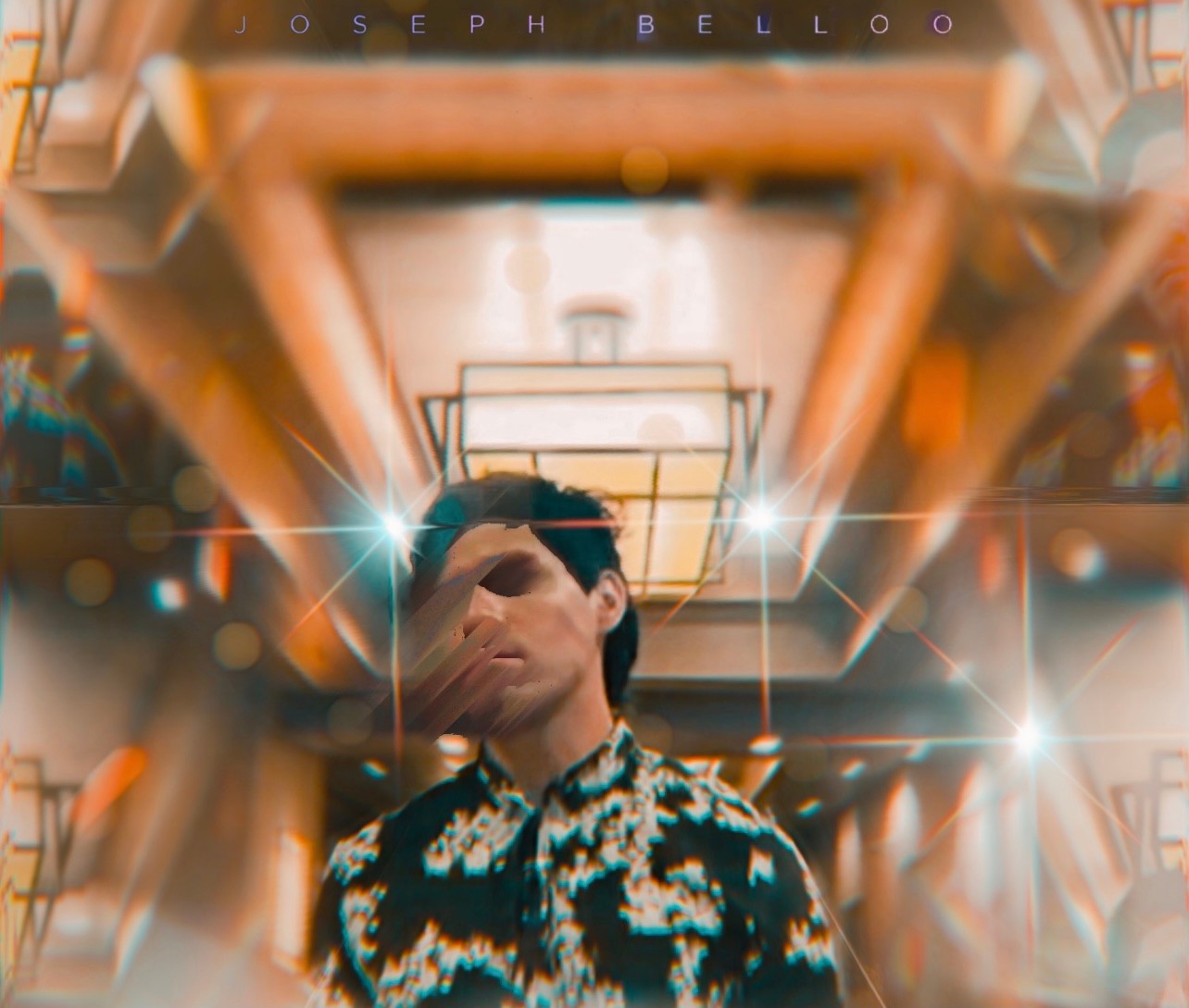 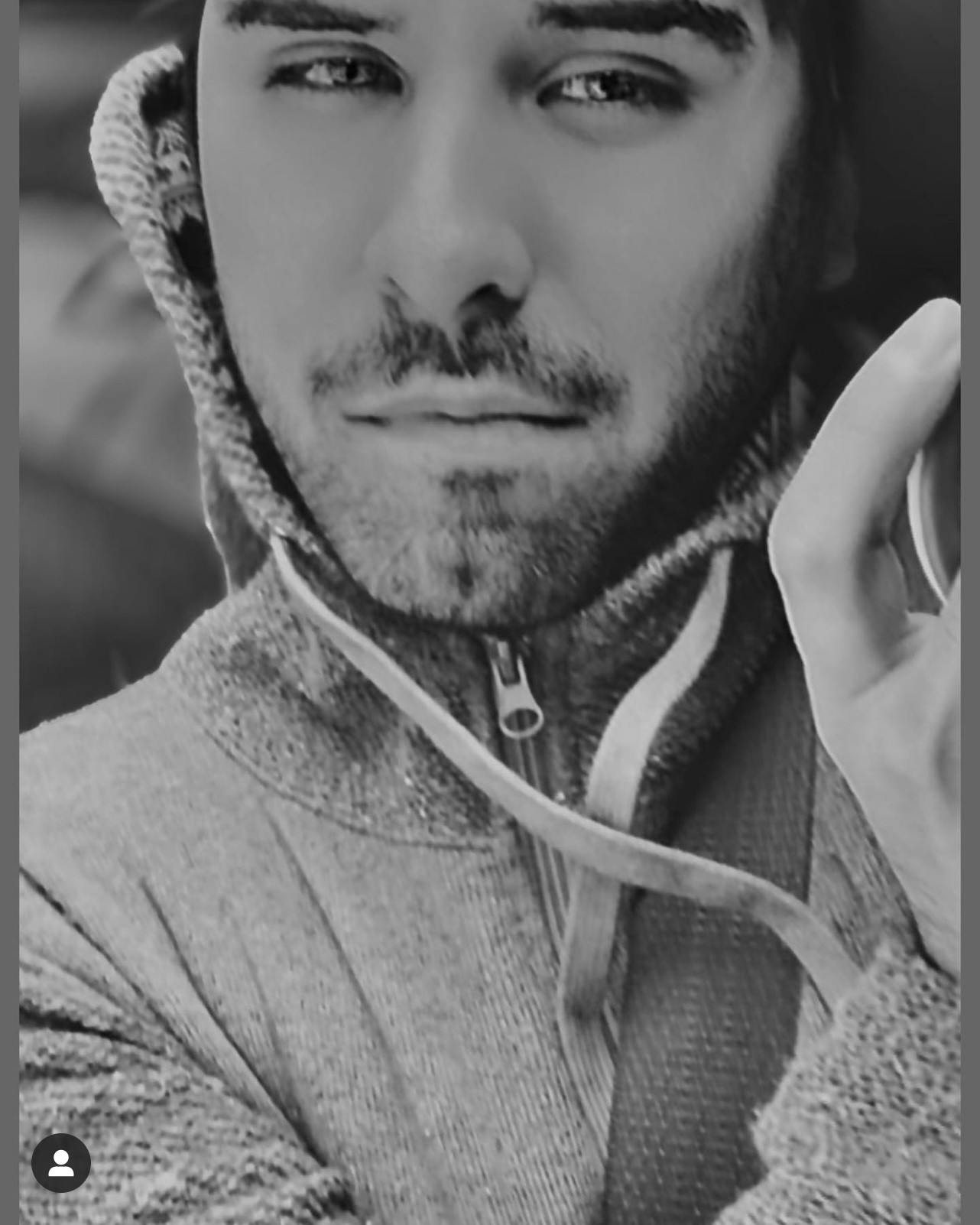 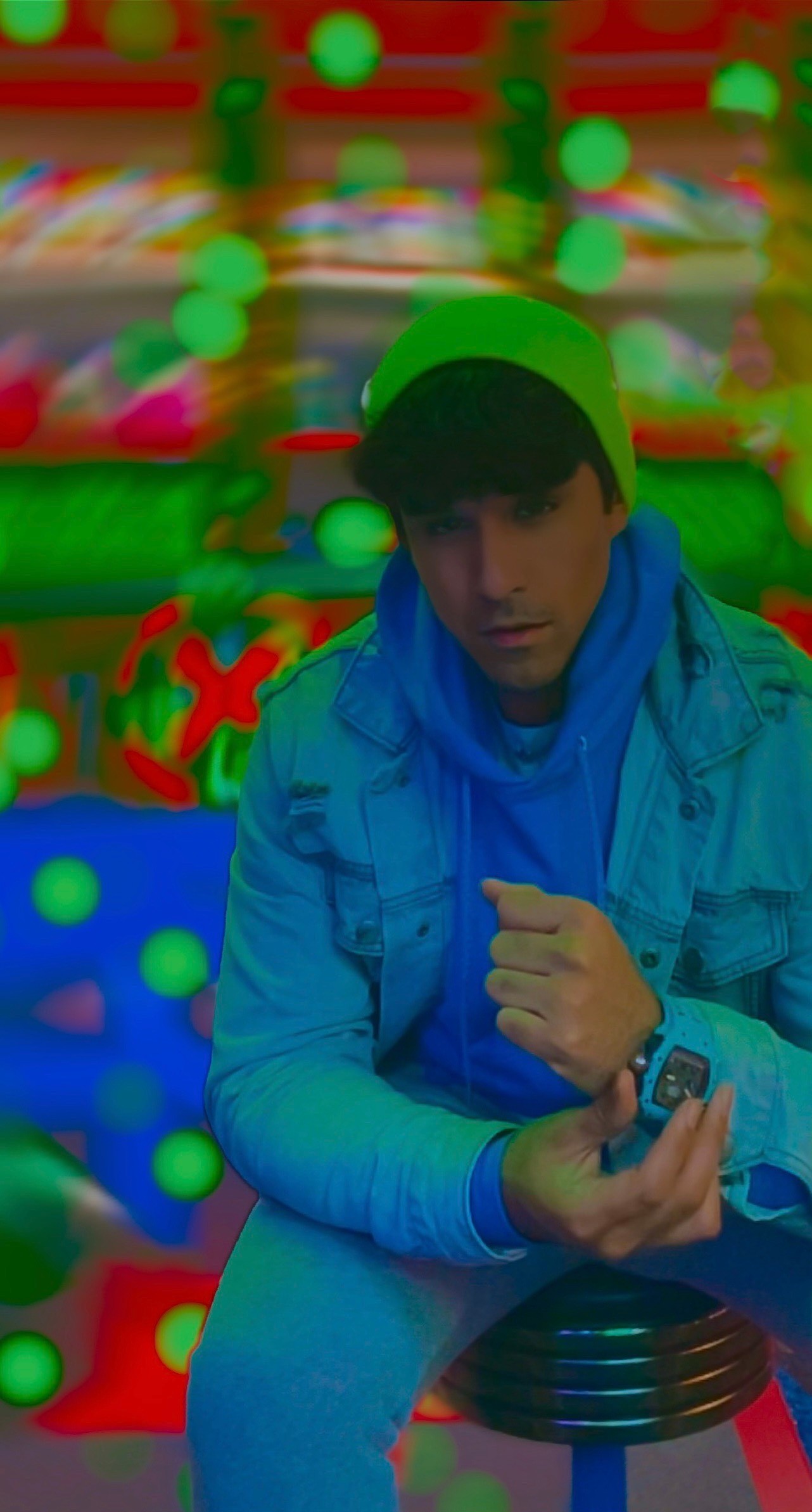 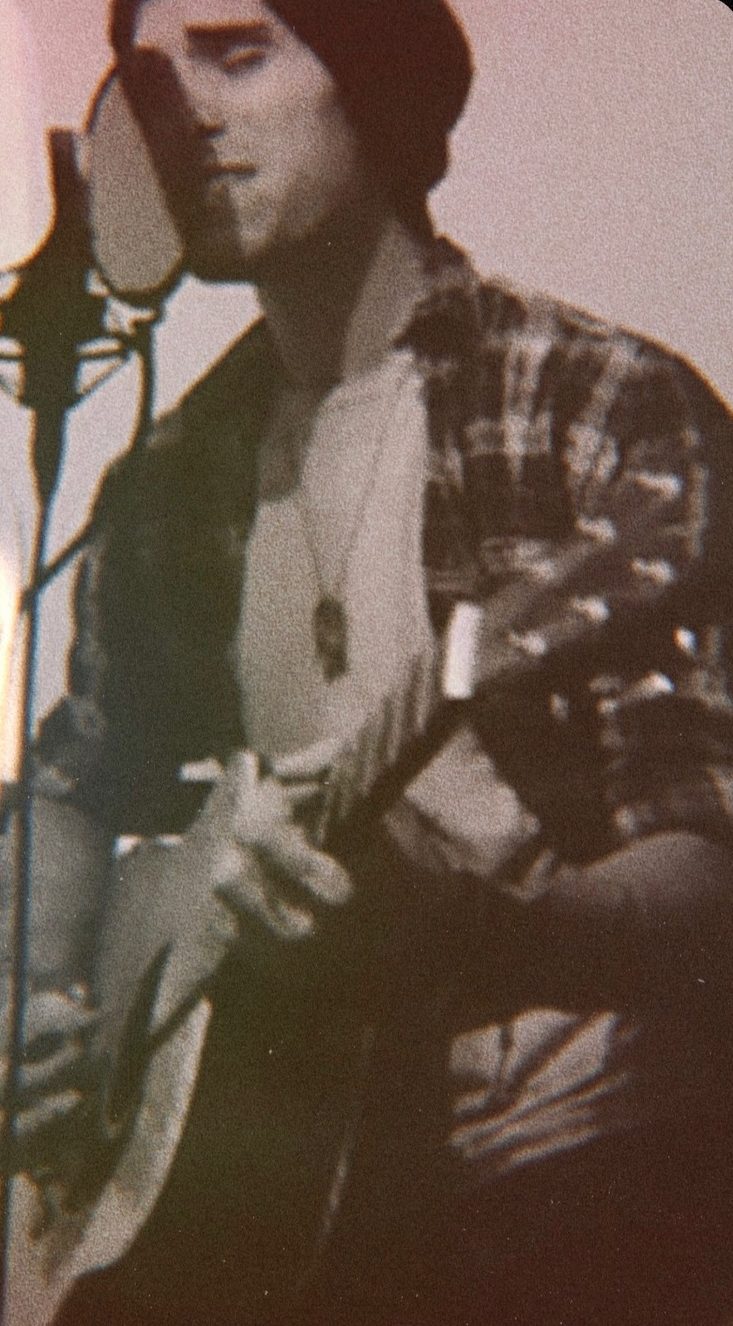 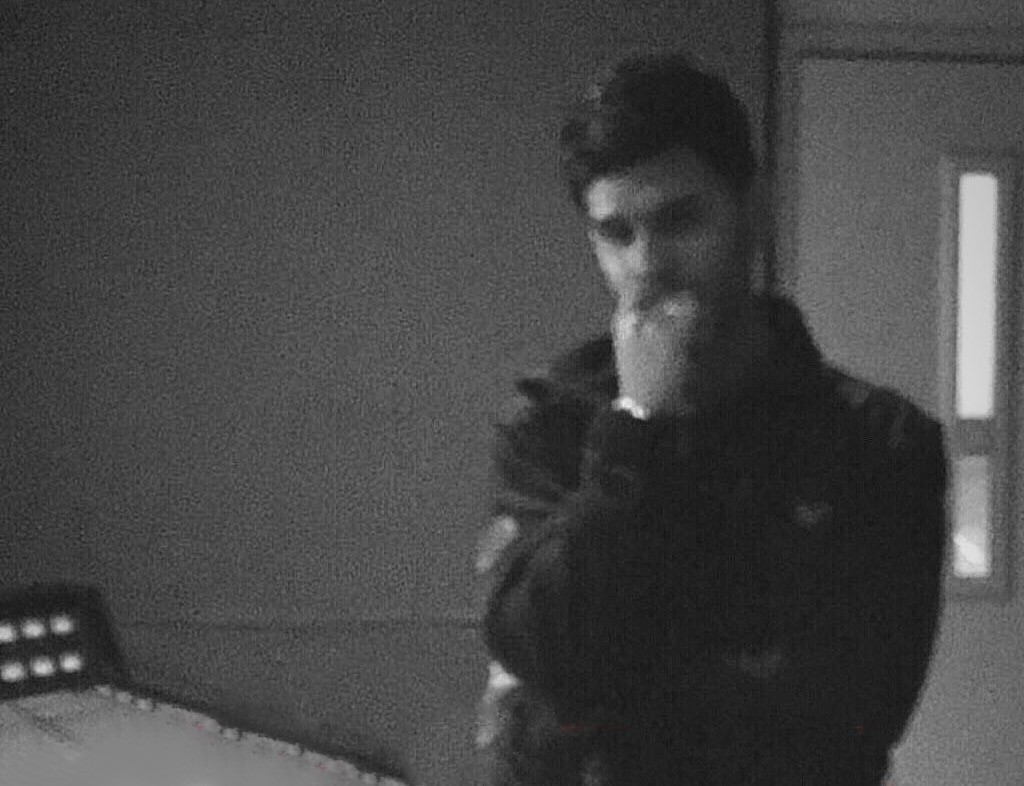