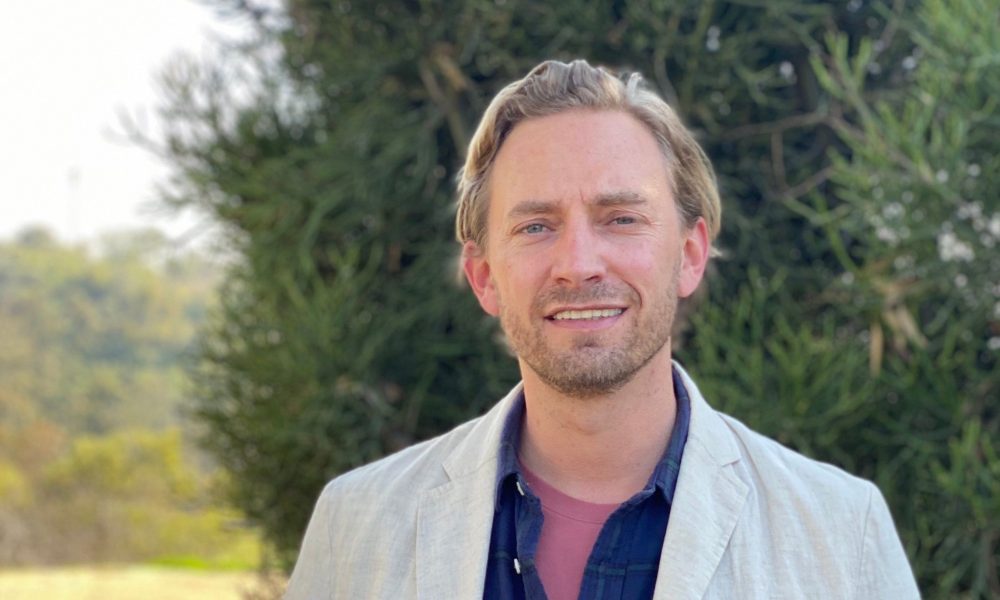 Today we’d like to introduce you to Josef Urban.

Hi Josef, we’re thrilled to have a chance to learn your story today. So, before we get into specifics, maybe you can briefly walk us through how you got to where you are today?
I was born in Vienna, Austria as an only child to a single mom. Despite her unconditional love, growing up without a dad wasn’t easy. I never really knew what I wanted in life or where I belonged. Most of the time, I felt like I didn’t fit in. The only thing I knew for sure was that I was going to live abroad. My first acting gig happened rather randomly at the age of eleven. A family friend encouraged me to attend an open call for a recurring part in an Austrian TV series called “Schau Genau” which translates to “look closely” it was an educational program about how to behave as kids in order to stay safe. Sure enough, I was cast as the little villain who would constantly put others or myself at risk. It wasn’t until way later though that the acting bug really bit me. After High School, I studied social work in Vienna and Berlin. At the same time, I started modeling – that gave me the opportunity to travel Europe and work in front of the camera again for various TV commercials as well as print campaigns. After finishing my studies, I started working in production for various European TV and film projects until I found myself in Vienna without a job or a plan how to move forward. That’s when I transitioned over to social work.

For the next two years, I worked in that field, and in the meantime, I researched which acting program to attend. Without any real prior acting training, I applied to the Lee Strasberg Theatre and Film Institute in New York and completed the two years conservatory program. I remember being up on stage and realizing that all of a sudden, all previous experiences started making sense. I attended classes and collaborated with as many young filmmakers as possible outside of school, knowing it would be close to impossible to stay in the US as an actor. I landed a small agent in New York who helped me apply for my first artist visa. That same year I moved out to LA. Within my first year, I joined the union and started taking classes again. I have been a proud member of the BGB studio for the past six years, a place that has been so important in my artistic growth and psychological well-being. That’s where I learned acting all over again. I only started booking work after I managed to get my green card in 2017. By then, I was sure of my choices and wasn’t looking for validation any longer. I’ve been here long enough to identify as an Angeleno, and it’s truly been the journey of a lifetime. Not even a pandemic got me to change my path. I am proud to see how far I’ve come already and hope I can be an inspiration to others.

I’m sure you wouldn’t say it’s been obstacle free, but so far would you say the journey have been a fairly smooth road?
Haha. I really wonder if there is anyone out there who’s tried to break into show business without connections and who’s experienced a smooth road. Please reach out if that’s you. I want to make sure you are human. Gosh, there were so many obstacles. It won’t be possible to list all of them, but I will share a few which I think might be helpful to others. Within the first months in LA, I started taking casting director workshops. I remember one of them in particular where they handed out co-star scenes and we had only a few minutes to prepare. I was called in the room and tried to show off how great I thought I was. The casting director said: “I hate to hurt you but I have to be honest. Stop whatever you are doing right now and go back to class. You have a great instrument but you are nowhere near ready for Hollywood. When you get a chance, you’ll have to be on top of your craft.” That was the most brutal but also most valuable advice I had been given. It was the ultimate ego death.

Thankfully, I followed her advice. I wouldn’t be where I am at if I hadn’t. This next obstacle is for international actors mostly. It’ really hard to get the O1 artist visa. Once I got it, I thought it will be the door opener for everything. Well, little did I know. There are several different categories of this visa, and after studying in New York the only one I qualified for was the stage actor O1 visa. My first agent got me a co-star on a famous soap opera. When I attended the wardrobe fitting, I was asked to head up to the office to make sure I had the right paperwork in place. I had brought my passport thinking it would be sufficient proof of my work permit, but I was told they needed to see my artist visa. I quickly drove home and grabbed all the documents I had. I returned twenty minutes later only to find out they had cast someone else. That’s when I realized the stage actor O1 only allowed me to work in the theater. Ultimately, I saw it this as a sign that there would be work as soon as I had my paperwork in place.

Thanks for sharing that. So, maybe next you can tell us a bit more about your work?
I am most proud of receiving the green card as an actor because it felt absolutely impossible for so many years. Joining the union and being a part of this great professional community certainly was another milestone. And of course, getting to act in a Soderbergh Feature in a scene alongside Meryl Streep and Gary Oldman was another absolute dream come true.

Do you have any advice for those just starting out?
I think everyone who really wants to pursue this career must ask themselves if they are truly in love with the craft or rather drawn to the idea of success. This can be a very long, difficult and possibly lonesome road and if your heart is not one hundred percent in it, you might be better off looking for something else. Make sure you have a day job or some kind of financial resource to take the pressure off yourself. Be in class all the time, one that really excites you. Artistic growth takes time, find an environment where you are given the opportunity to grow at your own pace. Be easy on yourself, don’t judge and be kind. Be extra grateful for all the people who will not believe in you, they are a big motivation. And better prepare yourselves for tough times with your families, there is very little chance they will understand what you will be going through. Remember to have fun. 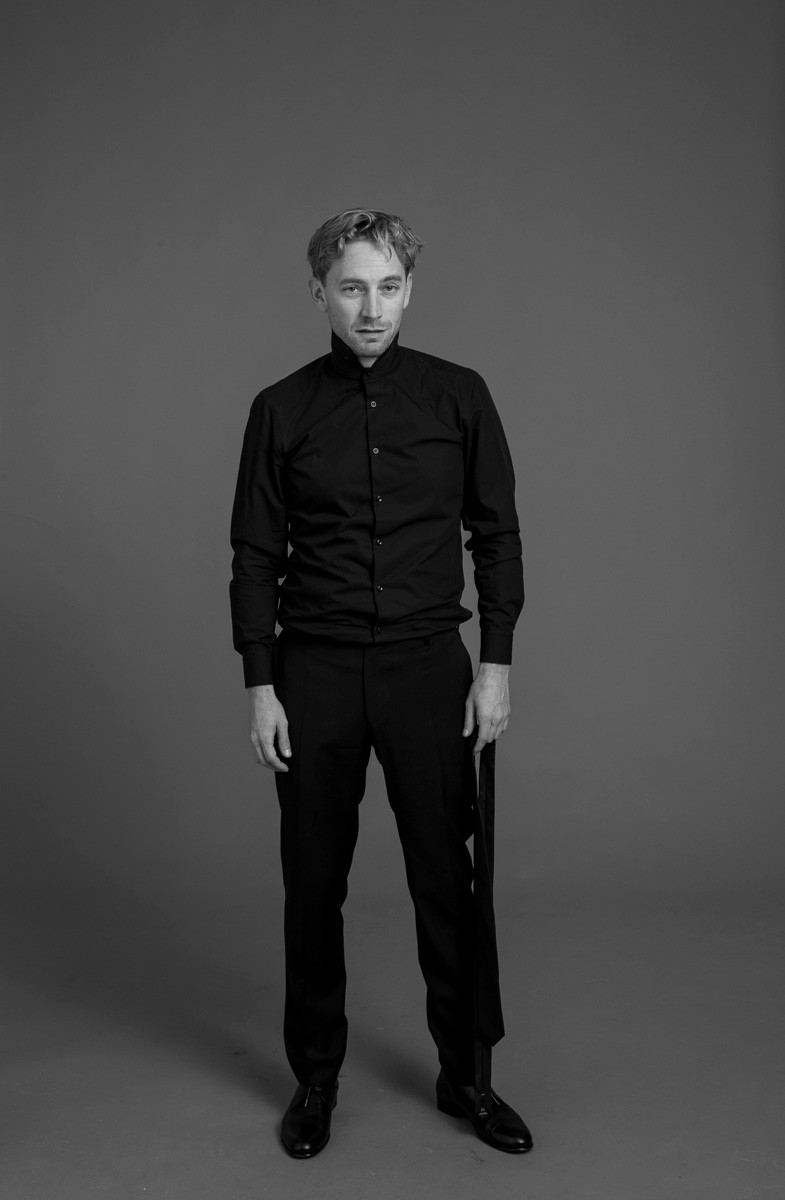 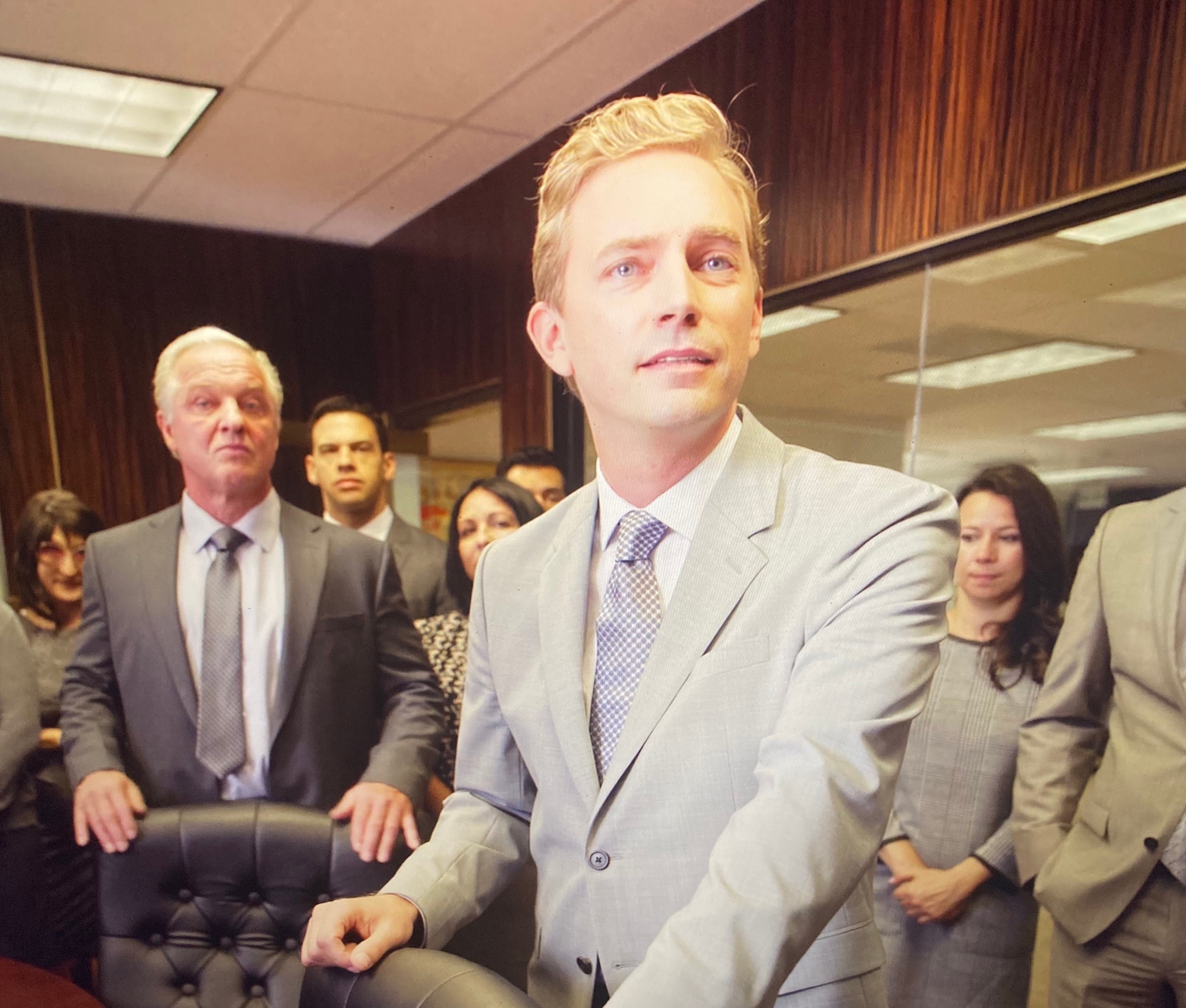 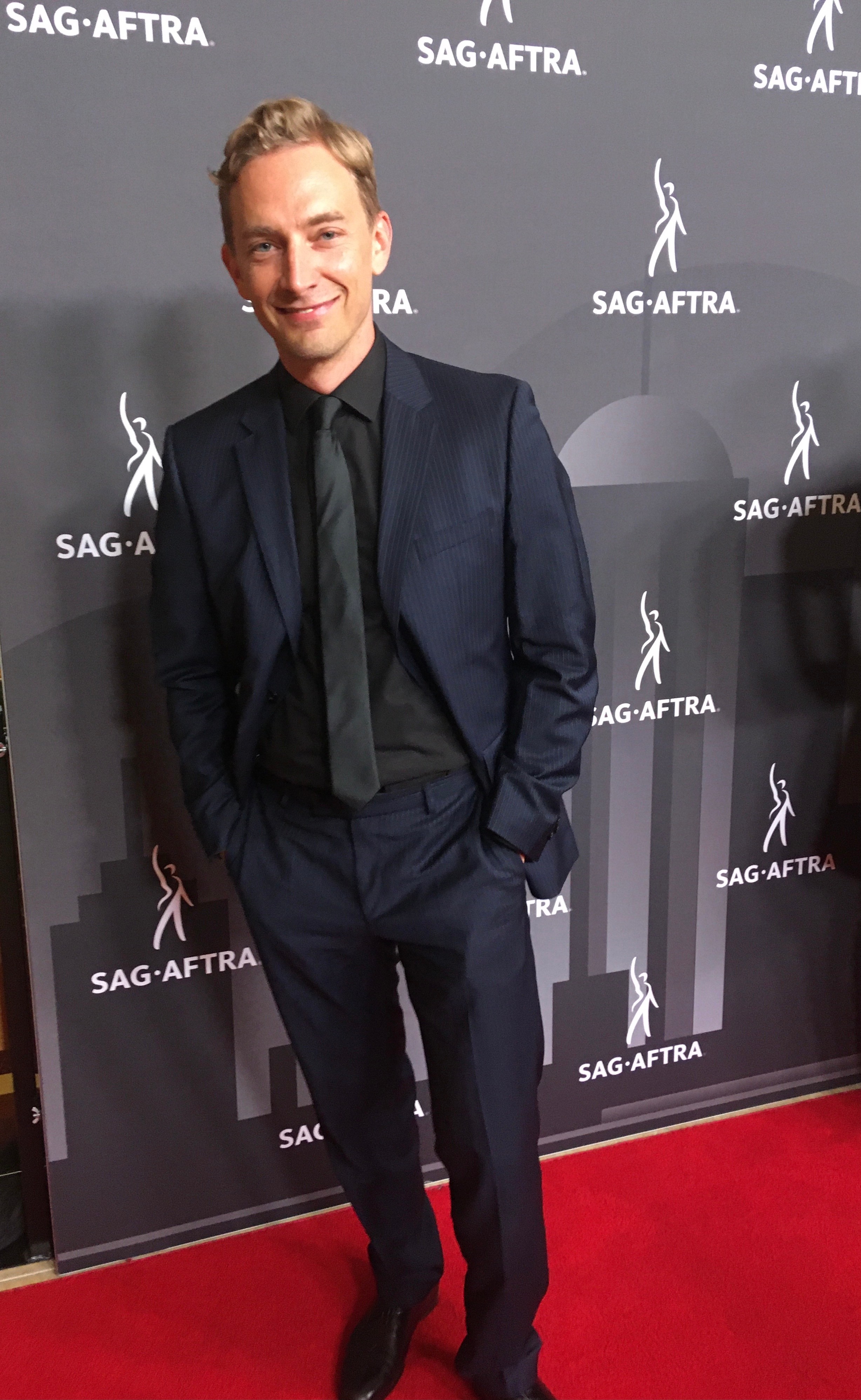 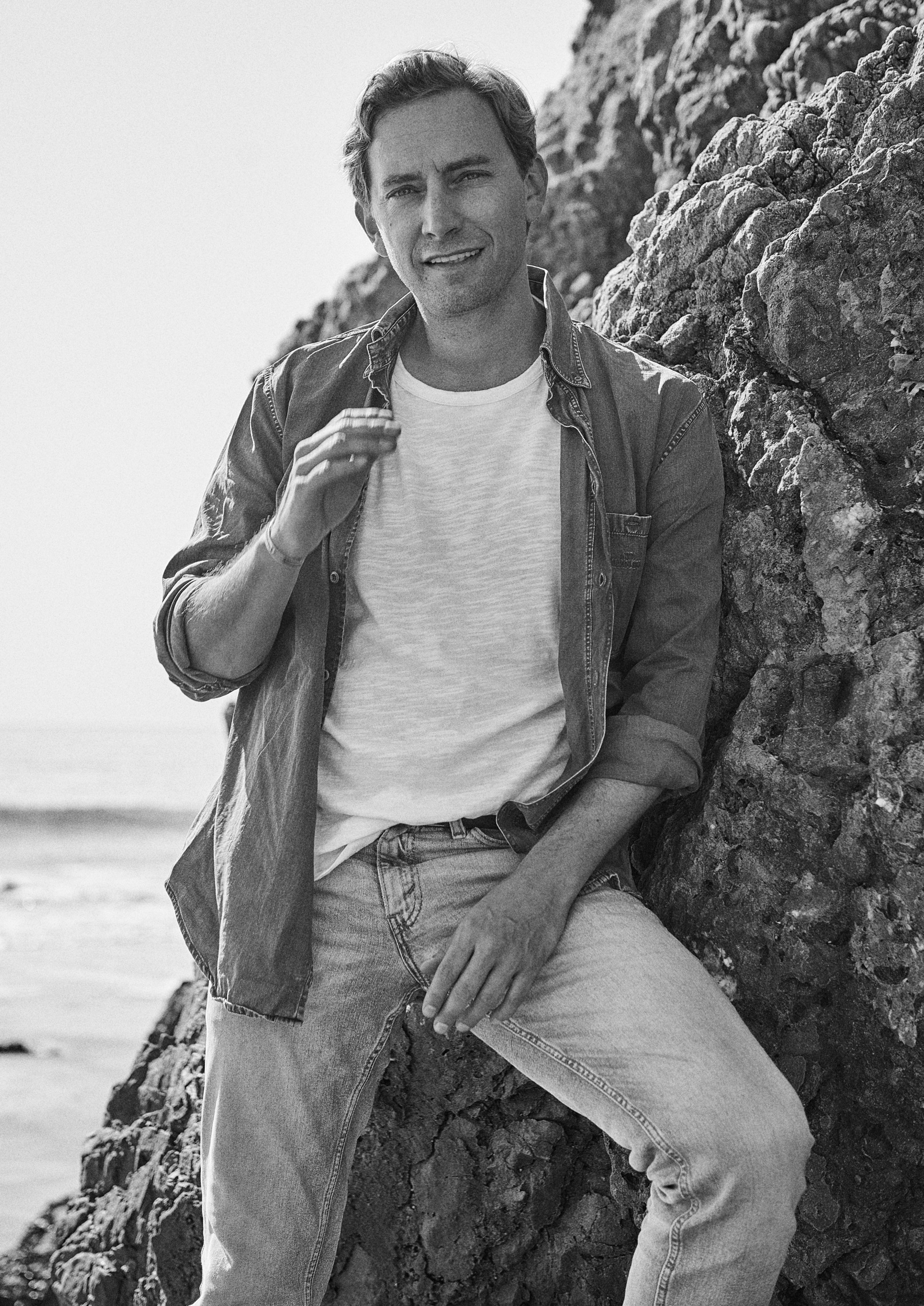