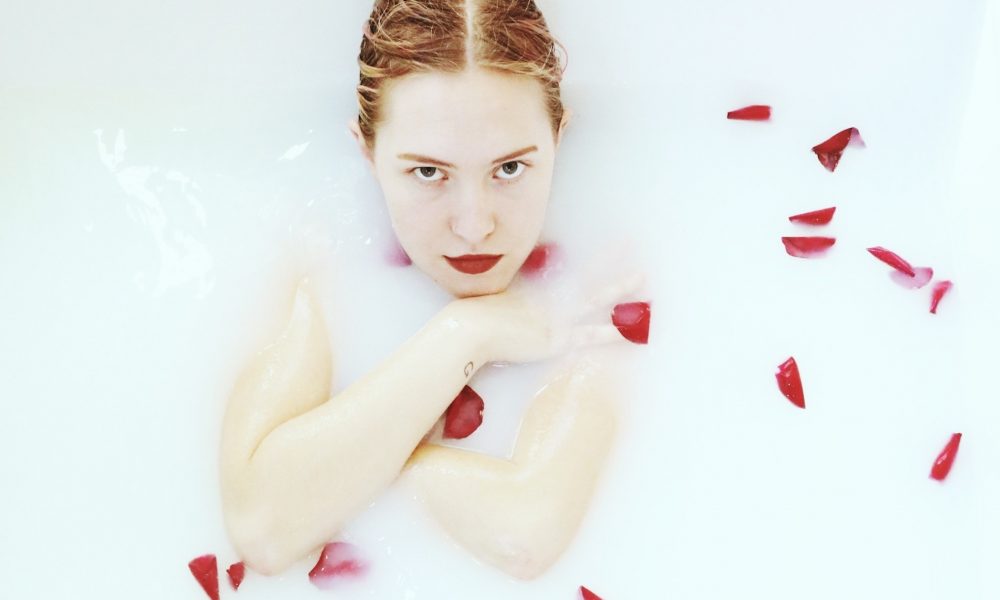 Today we’d like to introduce you to Joon Gloom.

Hi Joon, thanks for sharing your story with us. To start, maybe you can tell our readers some of your backstory.
It all started as a little girl with a natural inclination, knack, and love for music. I was singing since I could speak and dancing since I could walk. Growing up, I was always that friend who knew what song was playing because I was always listening. I tried piano when I was 9, but it didn’t stick. I focused most of energy into playing soccer, starting club at age 10, but took some vocal lessons here and there. Finally, when I was 15, I decided to take up guitar, and this time, I kept at it. Soon enough, I started using songwriting as a coping mechanism for my teenage heartbreak, and eventually, my grown-up heartbreak. Using songwriting almost exclusively as a means to get my emotions and frustrations out, I noticed I predominantly wrote emotional or “emo” music, and although hearing my songs often worried my mother, it was always a healthy outlet for my not-so-hot times. This led me to create my alias, Joon Gloom, whilst also jumping at the idea of sharing my initials “JG” with my real name (Jacqui Gaball.)

As my songwriting and music career progressed, I hoped one day I would branch out to different songwriting themes but never wanted to force it, as my writing process has always been a very inspiration-smack-me-in-the-face-or-no-song kinda thing. While I still write mostly about “love” or “lust”, and more melancholy subjects, my writing has found new avenues of thought, as well as genres and guitar playing styles. I have one single out and have been in the process of recording/producing my next single for some time now. I hope to start recording an album sometime soon with my gigantic catalogue of songs I’ve written over the years. While I write my own music, the ultimate dream has always been the band life – collaborating and sharing the stage with other like-minded musicians. With my original band still in the works, I am extremely grateful to have been asked to join a cover band with whom I’ve been playing music with since 2019. The experience I’ve gained practicing with them has been vital.

Would you say it’s been a smooth road, and if not what are some of the biggest challenges you’ve faced along the way?
For me personally, songwriting has always been a positive outlet, so if nothing else ever came from it other than a therapy session, I’d still be eternally grateful for this gift I’ve been given. However, when you take the step past songwriting in your bedroom to trying to get the attention of a bunch of strangers in a crowded room, the pain of perceived rejection is inevitable to a vulnerable artist pouring their heart out. When I was 20, I finally decided to take the plunge toward performance in bars and venues, previously only putting on living room or campfire “shows” by request from family or friends (and being extremely nervous while doing it). I seriously jumped right in, taking on a 3 hour set my first gig. Mind you, this was a solo gig – just me and my guitar. I spent weeks putting together a binder of lyrics and chords to set myself up for success and made it through. From then on, I kept taking more and more solo gigs to build up my confidence, but what you don’t realize until you experience it yourself is how alone you can feel up there when it’s just you and your instrument. When you’re playing to a room full of strangers, all having their own conversations, it can feel like no one is listening and that can be extremely tough when you’re sharing your soul.

I’ve had times where I just wanted to unplug and call it quits in the middle of a set because I felt pointless. It isn’t easy building a thick skin for those types of gigs – I know I’m still trying. Then there’s the post-show depression when you’re upset with your performance and you question your abilities. Being an artist is not easy, as for the lot of us, we’re our own worst critics. How else are we supposed to get better though without that voice in our head pushing us to be better? I will admit, these solo-gig nightmares are part of the reason why I prefer playing with a band – takes some of the pressure off and you enjoy yourself more – at least I know I do. I’ve struggled with the terrors of performance, as well as the difficulties you can run into as an independent recording artist that’s not rolling in dough. As motivated and dedicated as I am to putting my music out into the world when it comes down to it, it takes a lot of time and patience, and if you don’t have either of those, you best have the money to pay for a speedy process. The setbacks and delays that often come with recording can be frustrating and discouraging, and people don’t realize just how much time and effort us musicians often put into our records.

Thanks for sharing that. So, maybe next you can tell us a bit more about your work?
I’m currently working two jobs – one at Trader Joe’s, the other as a manager at Rock & Roll Pizza. While I only recently became a TJ’s crew member last Fall to my delight, I’ve been working at Rock & Roll Pizza since January 2018. I applied for the job with excitement having been there once before for my first open mic performance. I arrived for my interview, shocked and disappointed I was not at the location I remembered, but I did the interview anyway. I took the job knowing that although the cool music venue I had remembered had changed locations to the inside of a bowling alley, it still had its Rock & Roll roots with a nature involving freedom of expression and punk decor.

To my joyous discovery, they were also continuing live music, even if it was in a bowling alley bar. While dabbling in booking bands and social media, I mostly fulfilled the regular duties of cooking and cleaning until last year, when I was given the opportunity to take over social media/website upkeep, as well as concert booking and open mic hosting. This hodgepodge of positions was a total dream for me, as I’m both an avid social media user and concert-goer. I’ve always felt I’d be a strong talent booker, as my frequent concert escapades have set me up with a catalogue of amazing local artists and my music background, an ear for talent. However, when I took over, we were in the middle of the pandemic, so I wasn’t able to book any bands or host any live events. Then, one day after originally discussing a potential livestream concert, I realized hosting a livestream open mic night would be even better!

In November last year, I planned and hosted Rock & Roll Pizza’s first-ever livestream, fully online, open mic and it was a total success – more sign ups and viewers than I ever expected. I’m very proud of what came out of that idea and it gave me inspiration to continue vocalizing and pursuing my ideas in the future. I hope to help make the company and venue bigger and better than ever before. Now nearing in-person concerts again, I will always be grateful for the online music community we’ve created over the past few months and the joy it brought many of us starving musicians, as well as live music lovers. I’m super excited to get live music going in our new location (over in East Simi at Harley’s Valley Bowl) as we finally have a stage and sound system like they had back at the famous Foo-Fighters-Surprise-Drop-In Moorpark location. Yes, the Foo Fighters did used to put on surprise shows (and we’re hoping to spark new visits in the future)!

Before we let you go, we’ve got to ask if you have any advice for those who are just starting out?
You will probably never not be nervous, so instead of sitting around waiting for the perfect time to put yourself out there, just go for it – nerves and all. The best thing you can do is prepare yourself as much as possible so that when you do finally make that first big performance, you won’t have to worry so much about all the elements and can simply just sing/play the song. Also, don’t be so hard on yourself. It’s not so easy to capture an entire room, so try not to sweat the chatter. Don’t beat yourself up if you mess up because, chances are, no one noticed, and if your reaction is laid-back then the recovery will be breezy. 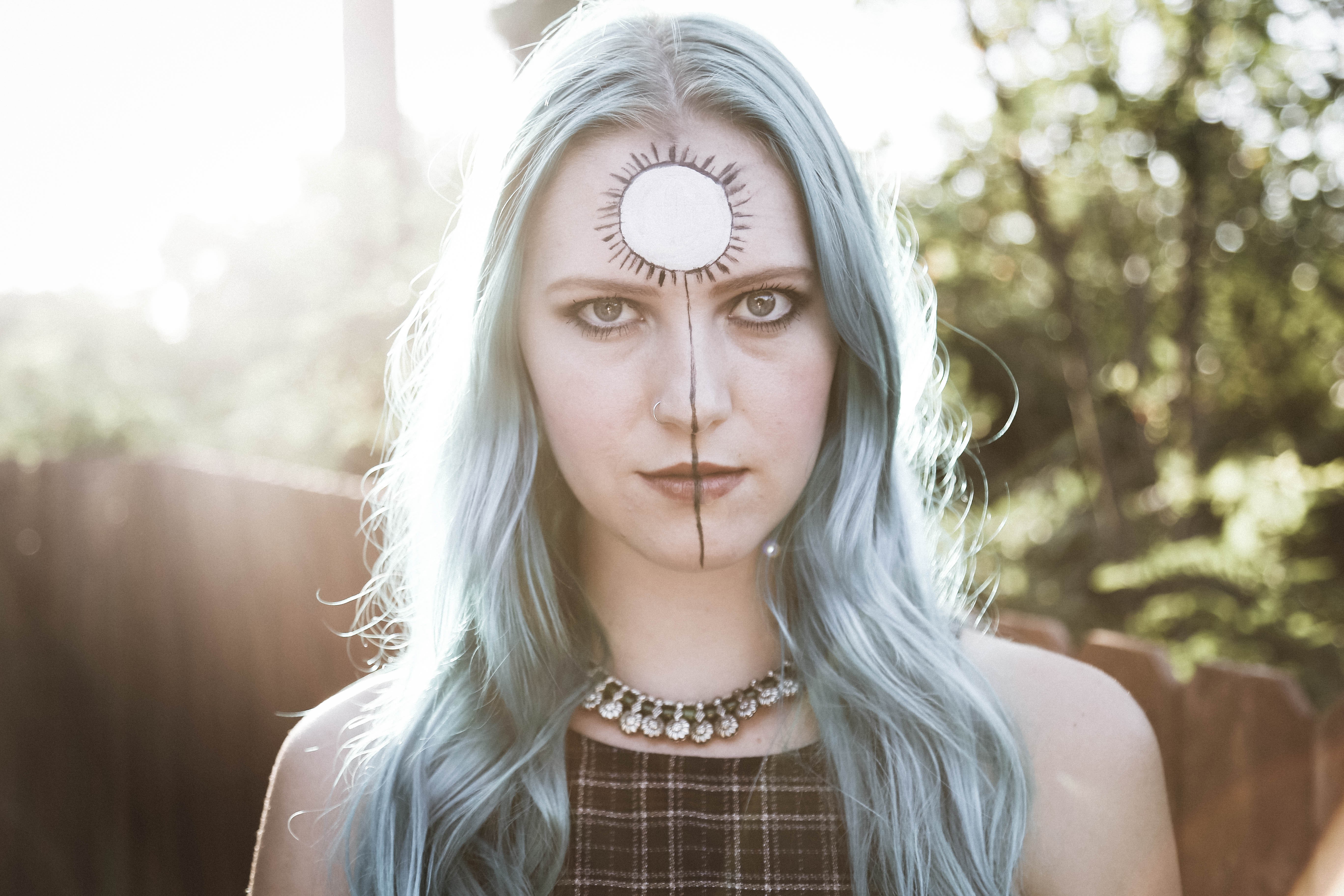 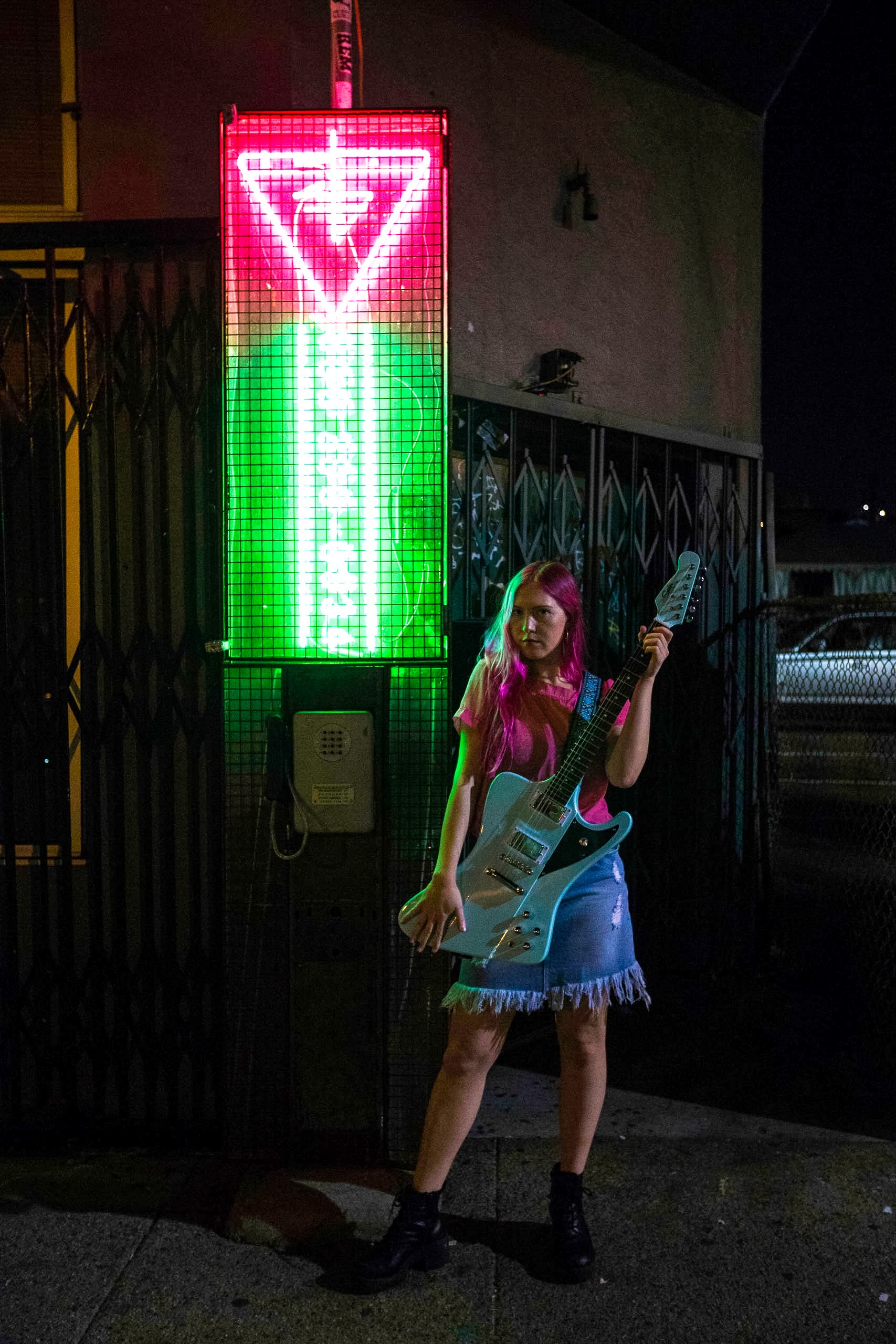 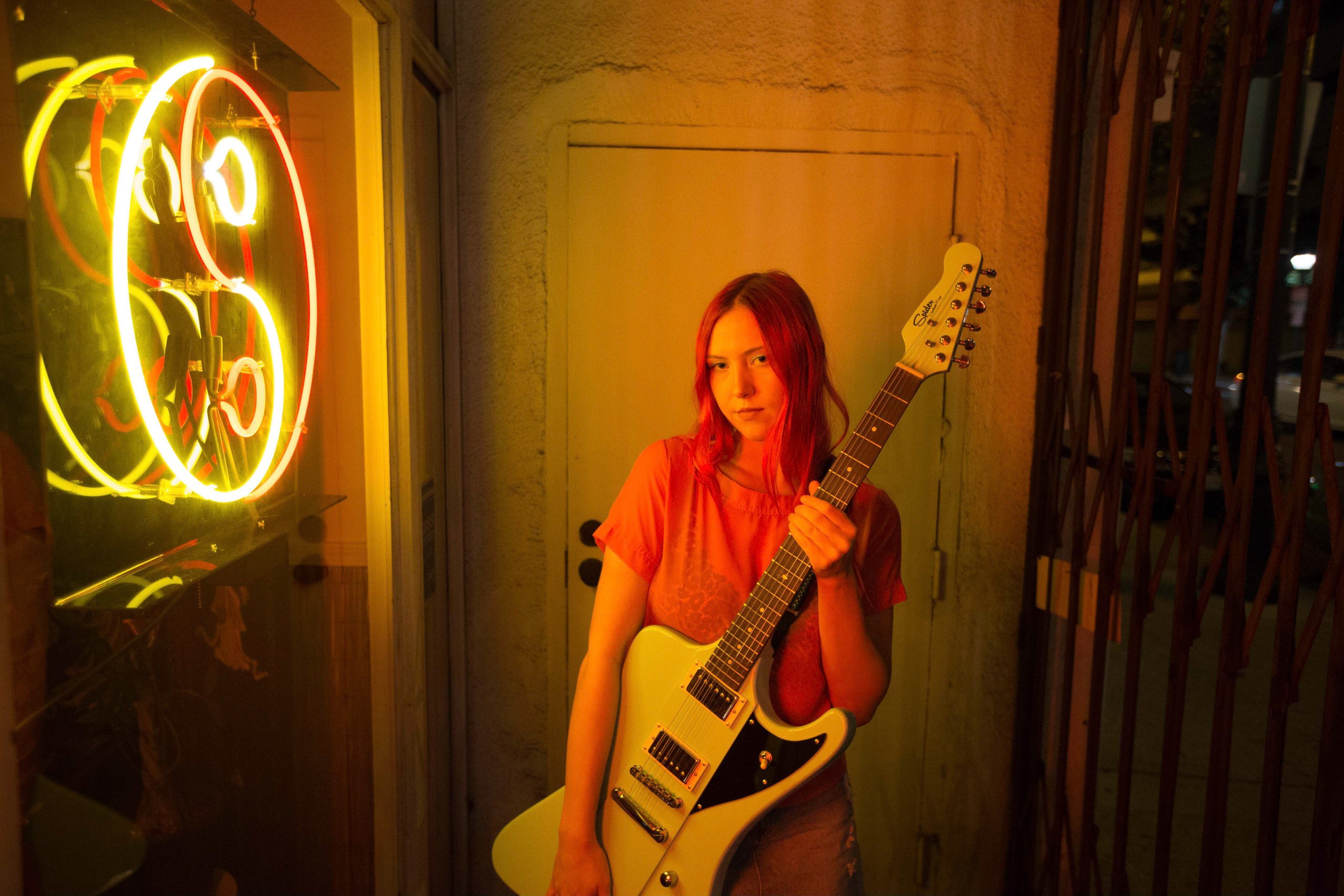 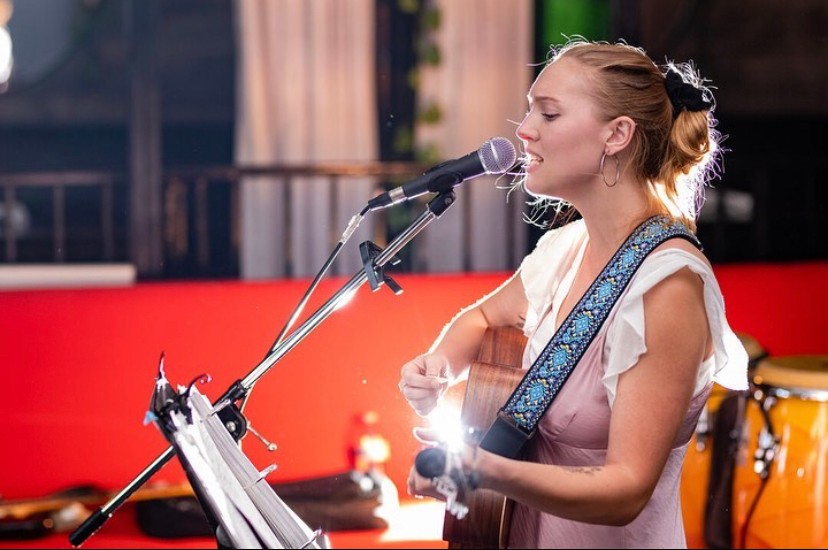 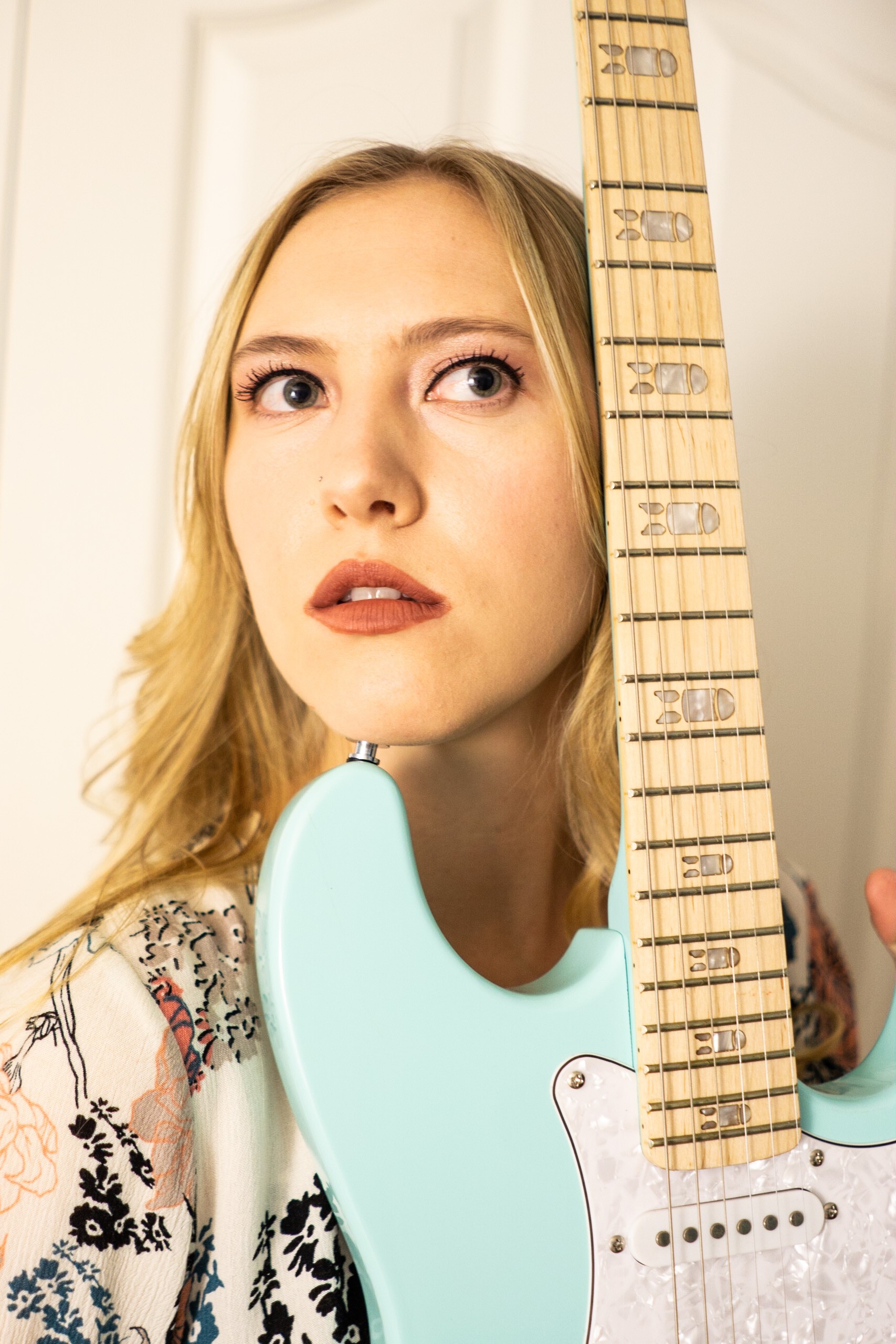 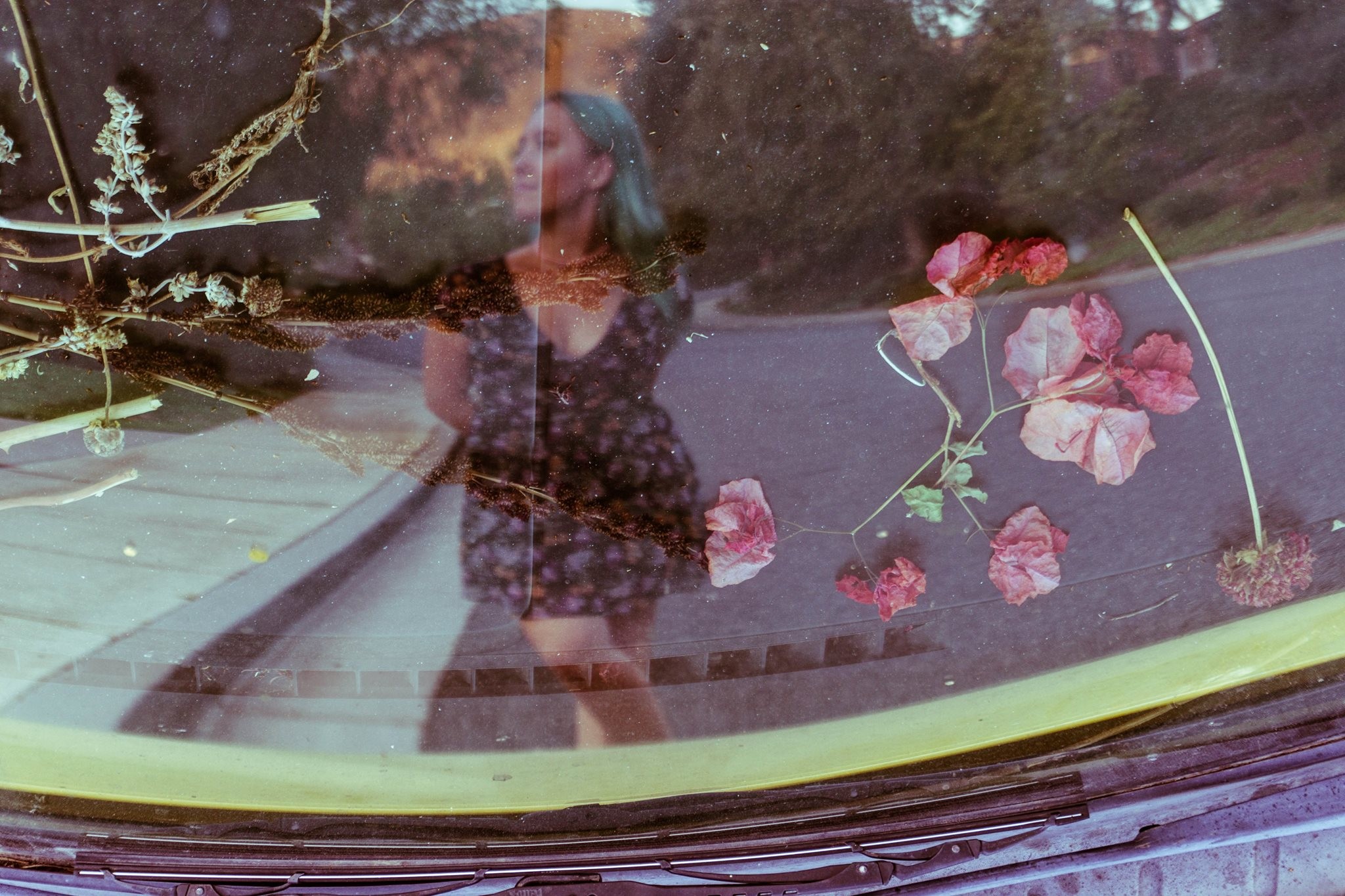