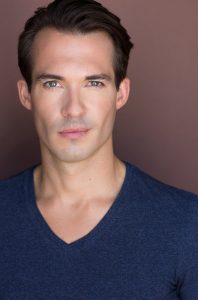 Today we’d like to introduce you to John Charles Nagy.

Hi John Charles, please kick things off for us with an introduction to yourself and your story.
Oh man… I’ve known for a long time that I’ve wanted to be an actor. After seeing my older sister Liz perform in a community theatre production, I told my mom that I wanted to do one too. My debut role was playing a Munchkin in “The Wizard of Oz” at Arch Bishop Carroll High School, specifically the Leader of the Lollipop Guild, thank you very much. Seven years old, never acted a day in my life and already asking for better billing… that kid had real moxie.

Between school plays, choral and band concerts, and community theatre around my area (I grew up in the suburbs of Philadelphia), I couldn’t get enough of the stage. In addition to my family and friends always being incredibly supportive and encouraging in my early performing days, I also credit my teachers for fostering my love for the arts and honing my skills along the way – particularly Bob Morris. He was my music teacher in my later elementary school years and eventually formed a theatre summer camp for 6th-9th grade students with his partner, Glen, and one of my high school choral teachers, Sue Messner, which I participated in every year I was eligible. Bob is an amazing teacher – he had equal amounts of panache and patience and inspired even the least musically-inclined kids in my class to love his classes. I will forever be grateful for how much he impacted my pursuit of becoming a professional actor.

I went on to get my BA in Theatrical Performance from Lynchburg College (now University of Lynchburg) in Virginia, and returned to the Philadelphia area and performed in various theatre productions throughout the region. In 2012 I moved to New York to continue to grow my career and eventually expanded from doing theatre exclusively to auditioning for more film, TV and commercial opportunities.

While in New York, the stars aligned in spectacularly random fashion, and I met my stunning, incredible wife, Megan, over a landline telephone, of all places (they still have those, right?) shortly after she had moved to the city from Orange County. There are innumerable ways that I could name of what makes Megan so amazing, but something I love most about us is that we are constantly discovering new ways to inspire and push each other to build the life we want. Megan has been the most wonderful partner in all of my career aspirations, from reading through all of my comedy sketches and pilots to being my scene partner and camera operator in countless self-tape auditions, she has always been ready and willing to contribute the best of her creative and analytical self.

We all face challenges, but looking back would you describe it as a relatively smooth road?
There are always ups and downs as a working actor. My number one goal for my career in recent years is to get to a point where I can earn my entire living doing film, TV and commercial work. The biggest roadblock for me, like most up and coming actors, has always been balancing income-generating opportunities that sustain me financially between gigs, as well as budgeting my time between work and social life to take classes and workshops, build relationships with casting personnel and other industry folks, write, and other career building endeavors.

I’ve definitely bombed some auditions, I’ve felt looked down upon by a few “gatekeeper” types, I’ve beat myself up at times for not being “further along” in my career. But my mother will tell you I look at life through rose-colored glasses, and I lean on the wins that I have had, using the bumps in the road as learning opportunities to propel me forward. I have worked with some amazingly kind and talented people, I’ve lived in two of the most desirable places in the entire country, and I remind myself that as dedicated and passionate as I am about acting, what I do is not that serious – I’m not splitting the atom or performing surgery on set, I’m only pretending to.

It is so crucial for any actor, especially those that are recent graduates or anyone in the early stages of pursuing any job in entertainment is to pace yourself, be patient and give yourself some grace. There are times where no auditions are coming in, you won’t be able to answer that big scary question, “what are you working on now?” and it will feel like everyone else is working but you. It’s so imperative to celebrate your victories in whatever form they come because even booking an audition means that you were one of fifty to one hundred or so actors selected out of upwards of ten thousand that submitted for that role. All we can do is be prepared when our number is called, and in the meantime, find other aspects of life that bring you joy!

Appreciate you sharing that. What else should we know about what you do?
Whenever I tell someone that I’m an actor, I already know what their return question will be: some form of, “OH! What might I have seen you in?” or, “What do I know you from?”

Well, unless you regularly peruse the sketch comedy world on YouTube, attend a plethora of short film festivals, or went to off-off Broadway theatre shows in New York between 2012 and 2017, my answer is, “I was in a Men’s Wearhouse commercial that ran nation-wide!”

But you know, I am SO proud of all of the work I’ve done. I co-starred in a Lilly Singh comedy sketch with Priyanka Chopra, I was featured in a popular hard rock band’s video that has nearly 100 mil views on YouTube, I wrote and produced a series of comedy sketches with my wife and friends, and I was in a FringeNYC show that won Best Play in 2015 (The American Play), just to name a few highlights. Out of all of my work, it’s hard to pin down one thing that stands out a favorite project, but I always enjoy and feel more aligned with comedy. For example, I fell in love with the play The Importance of Being Earnest by Oscar Wilde back in high school and knew I had to one day play Algernon Moncrieff. I finally got the opportunity to play the role at Winnipesaukee Playhouse in Meredith, NH, during summer 2014.

As I build toward bigger opportunities, I know what I bring to the table as a performer. I love to improv on set – let’s get a few word-perfect takes in the can and then let’s try a few things off the cuff and see what happens. Additionally, writing has helped me to quickly identify the sub-text of a scene or what is being suggested or implied without saying it. I’ve had a few teachers over the years that have taught me to do the work in order to walk in your character’s shoes. This is especially important for an audition when you don’t know the full context of the script. To create the given circumstances, envision and emotionally place yourself in the moment before the scene begins. Shoutout to my agent, U-Shin Kim with UGA Talent, who teaches a course called Audition Arts, which helps hone all of your audition prep work to better prepare and dig deep into the scene before you present it.

I think what separates me from others is the variety of acting opportunities and training I have had over the years. Between theatre, commercials, industrials, comedy sketches and short films, I have a lot of practices to pull from when building a character. And remember what I said earlier about finding other aspects of life that bring you joy? I have lots of other interests and activities that I do outside of acting, which, if you listen to any podcast or read any book about how to be more successful in the industry, you will ALWAYS see mention of being a well-rounded person who takes in the world around them. Ultimately, it makes me a better performer and helps inform me on how to build a three dimensional character because I can draw on all of the random stuff I’ve absorbed from books, traveling, people watching on the subway, craft bartending, whatever!

Where we are in life is often partly because of others. Who/what else deserves credit for how your story turned out?
I have already mentioned a few of my greatest supporters, but truly, I have been blessed to be surrounded by people who have always supported and encouraged my career aspirations. In fact, one of my stand-up jokes is “all of this love and support is taking away my competitive edge – I wish that someone would tell me I can’t do it and that I suck, so I can finally go out and prove someone wrong!”

In all seriousness, I do not take any of that for granted because I know there are many people who don’t get that same level of advocacy. Lots of love for my mom, who was responsible for driving me from here to hitherto in the early days of doing community theatre, and my dad, who to this day takes me getting rejected from a role maybe even harder than I do at times. My sisters, Liz and Caroline, who helped shape my sense of humor through a constant stream of jokes, sarcasm and movie quotes that made us laugh. My teachers all throughout my schooling, and my agent, U-Shin, all of whom pushed me to be prepared, to work hard, and most of all, to listen and be present.

My best and most adoring cheerleader, of course, is my beautiful and talented wife, Megan. Nobody informs my truest sense of self in every aspect of life as much as she does. I am a better man, husband, Christian and actor because of who we are together. I cannot wait to take on our parenting roles when we welcome our baby in the Fall, and I am so excited to help them build the same zeal and zest for life that Megan and I collectively share. 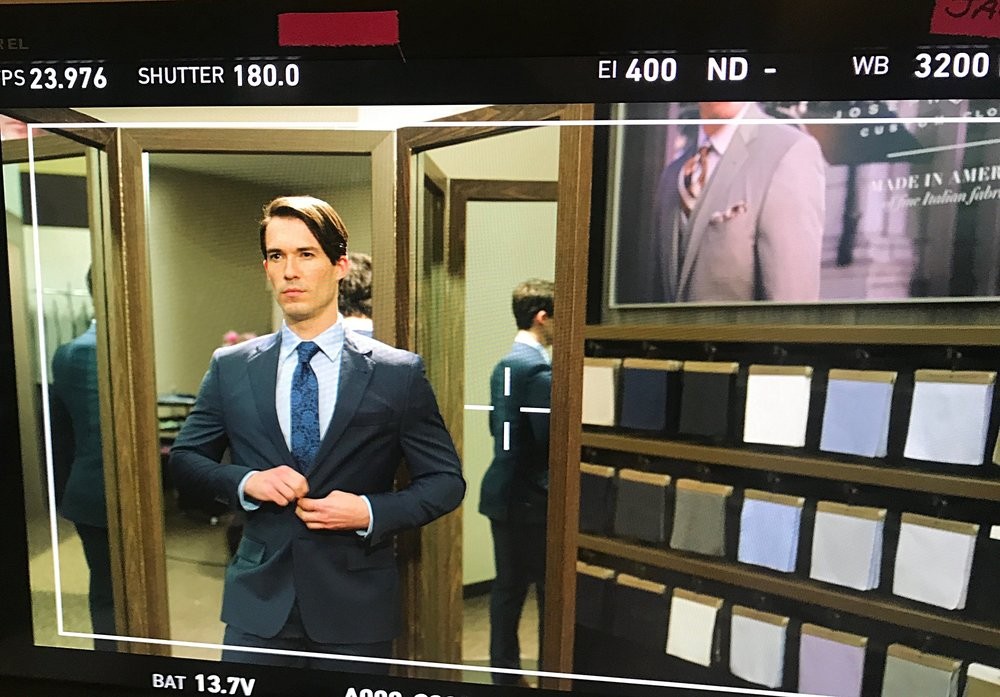 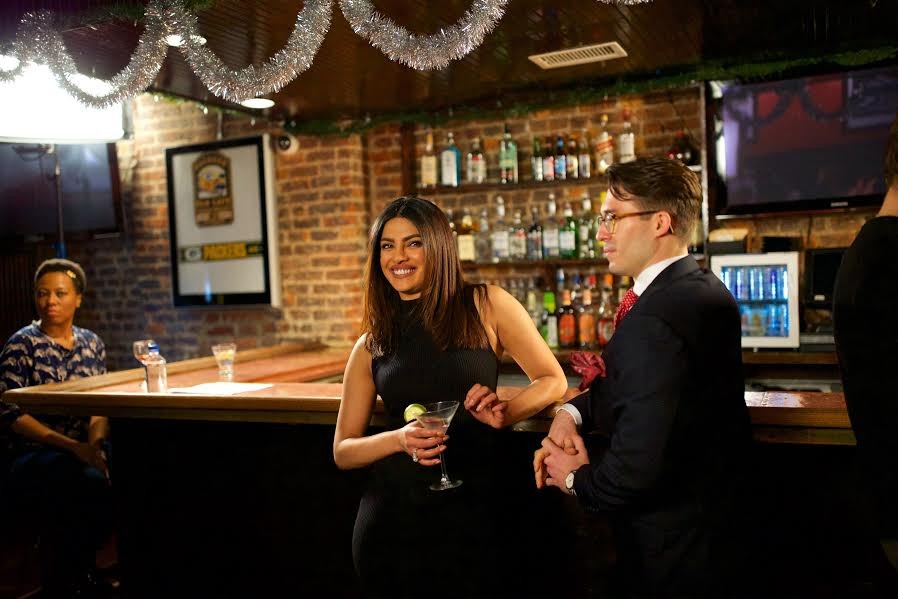 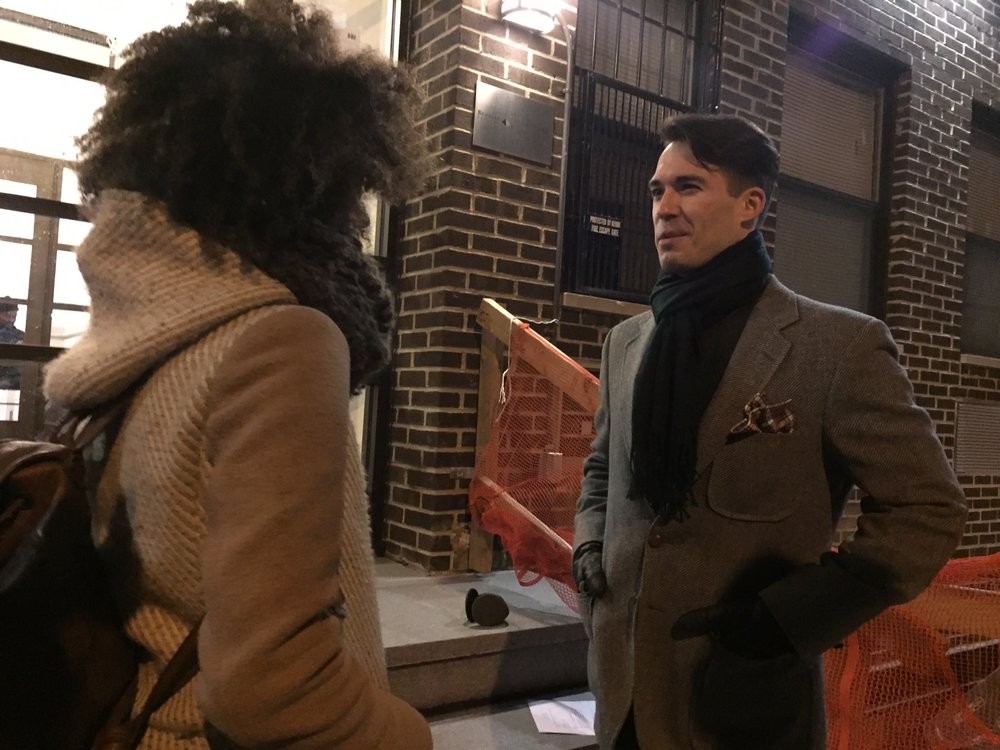 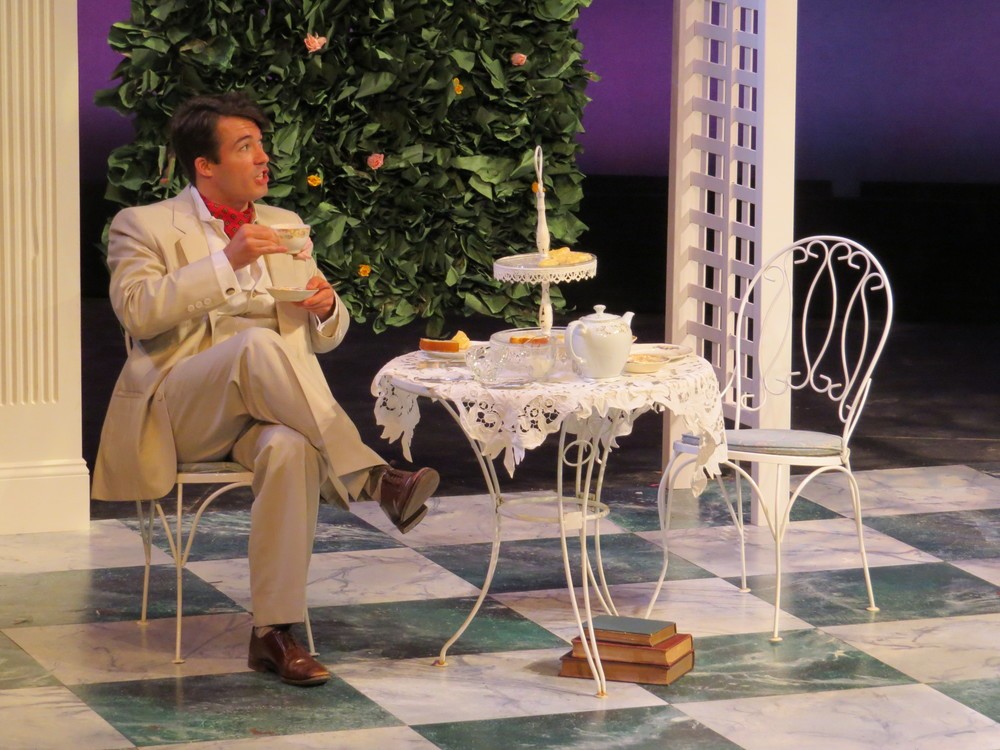 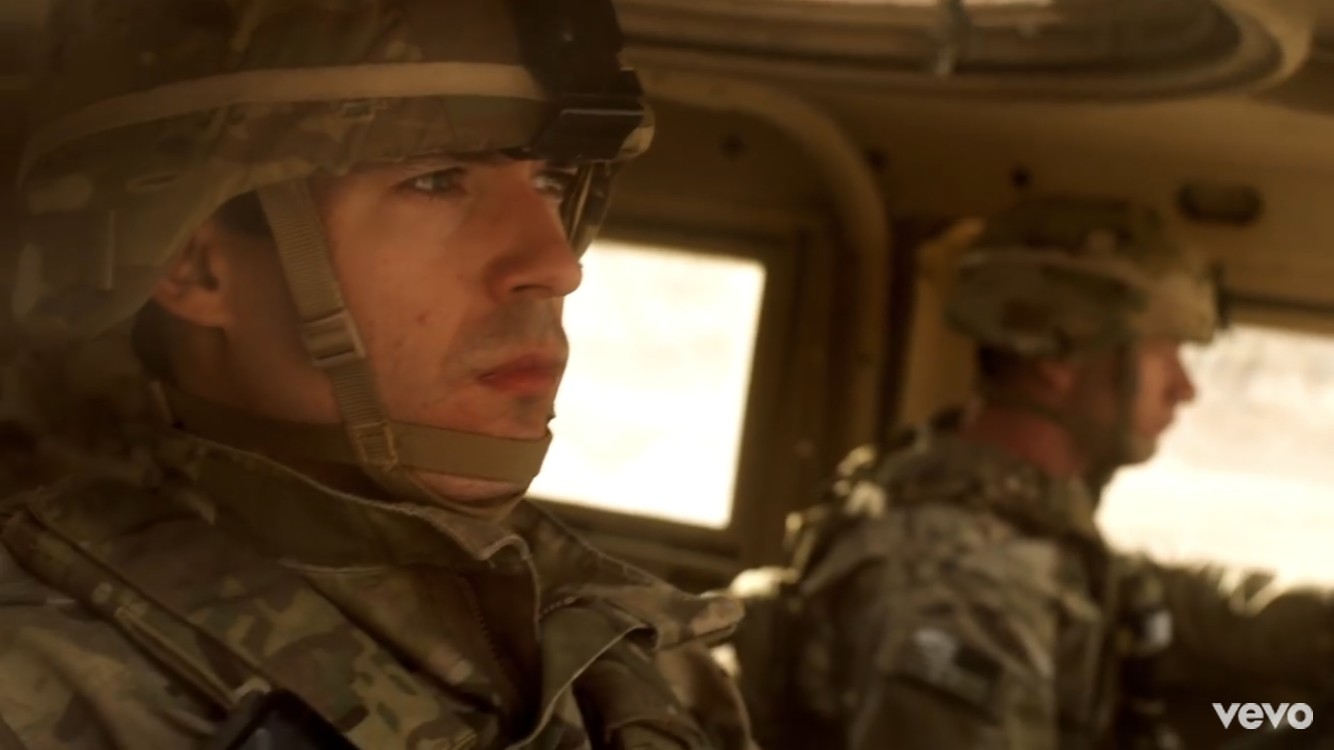 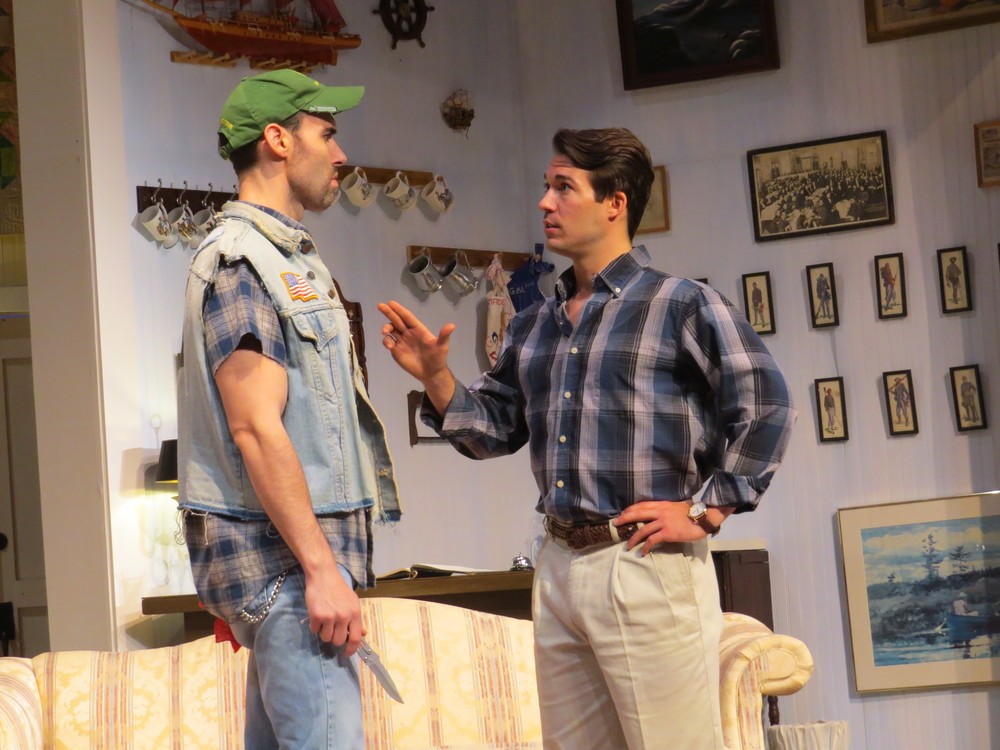 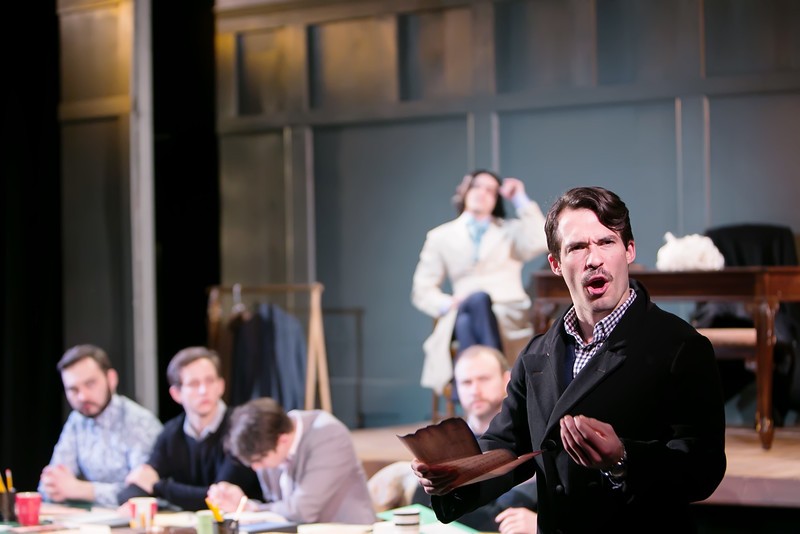 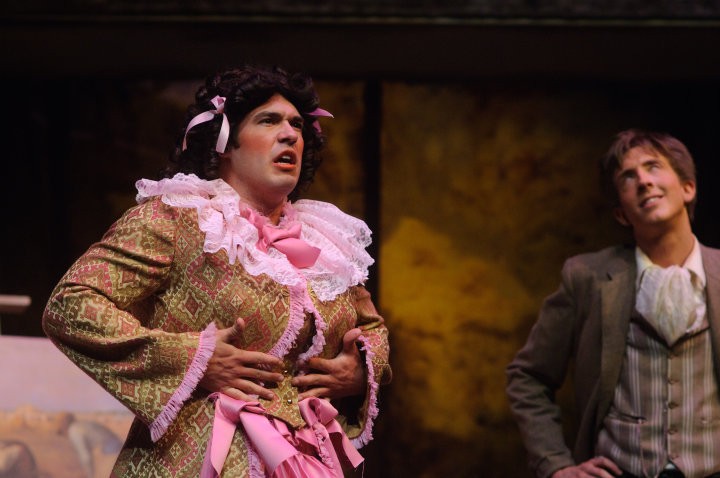 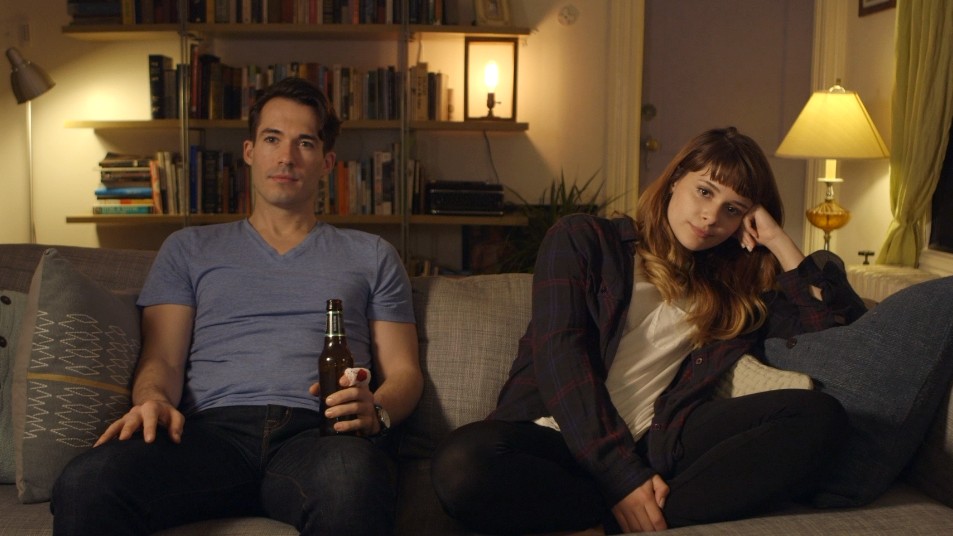 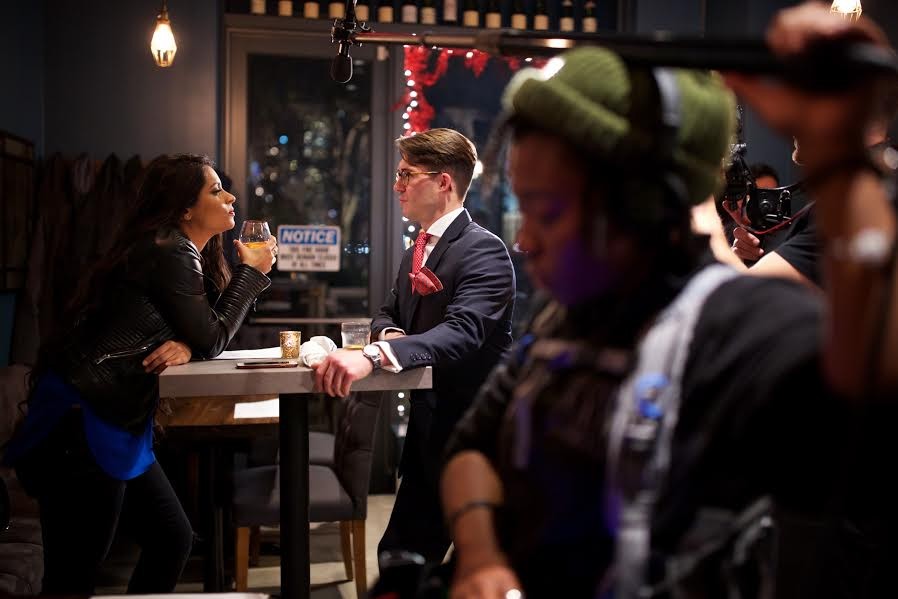 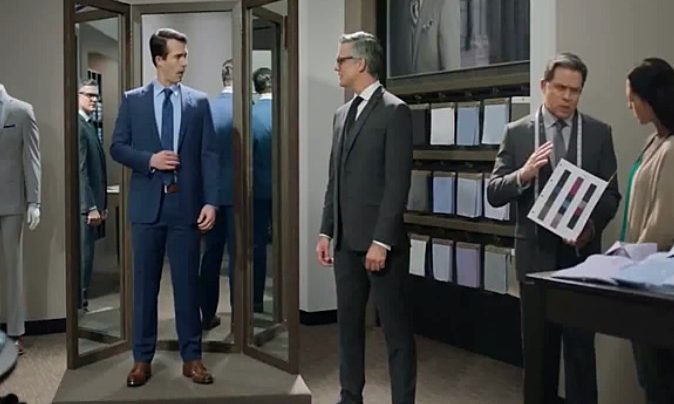