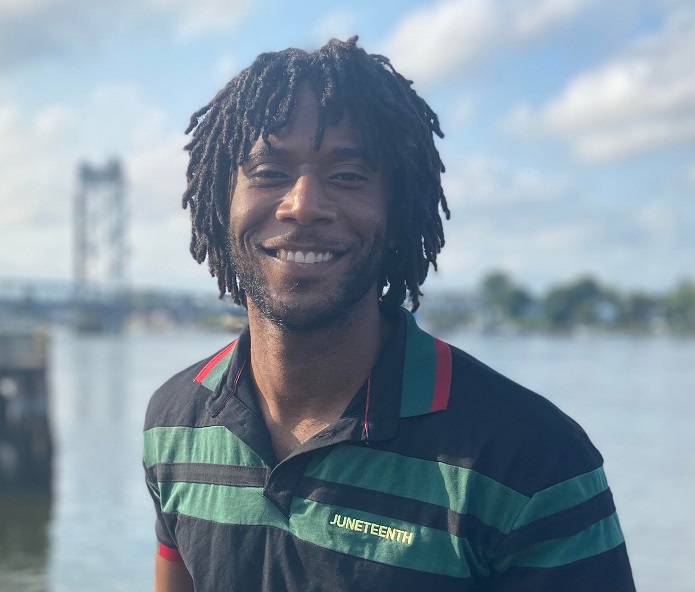 Today we’d like to introduce you to John Broadway.

Alright, so thank you so much for sharing your story and insight with our readers. To kick things off, can you tell us a bit about how you got started?
Growing up in LA, I always wanted to be in film. However, in high school, I lost confidence in my dream because I figured it was only just that, a dream. This led me to study Journalism in college where I discovered my passion for writing — particularly as an outlet for activism and a platform to impact and inspire. However, after graduating from California State University, Long Beach in 2017, I actually went into an ill-advised, dispassionate entrepreneurial endeavor, founding a company called The Republic. We sold membership cards that offered members perks/discounts at the bars, clubs, and restaurants that we partnered with and the events we hosted. After losing lots of money on one of our events, I was looking at the daunting challenge of investing countless time, dedication, effort, and perseverance just to get my company to a point where I could sell it and do what I really wanted to do. But then I figured if I put all that energy into something I was really passionate about, imagine how much I could accomplish.

That’s when, in 2018, I decided to finally pursue two dreams: becoming a screenwriter/producer/actor and attending USC, whose film school offers a roadmap to success. I started my film journey by taking film classes at Los Angeles Valley College (so I could get a letter of recommendation for USC) and watching a lot of youtube. I got my foot into the industry’s door when, in 2019, I got a job as a script reader with Coverfly/WeScreenplay. This led to reading jobs with Austin Film Festival and Writ-Large Management as well. Later that year, I produced and acted in my first short through the 48-hour film fest (yes, we produced a film from start to finish in under 48 hours). Along the way, I’ve written a feature-length script, a pilot, and a couple of shorts. One of which I filmed (serving as lead actor and producer) and is currently in post-production. This film is the inaugural production for the social impact production company I started: Artivists United. The name comes from the idea of artists coming together to use their art for activism. A couple of years ago, I decided I wanted to find a way to merge my passion for social justice advocacy with film. I joined an apprentice program called Public Allies that placed me with an economic justice nonprofit Inclusive Action for the City where I wrote on their blog and was trained in social justice advocacy and leadership. This helped me get the activist knowledge I needed to merge my film activist aspirations with Artivist United.

I’m sure you wouldn’t say it’s been obstacle free, but so far would you say the journey have been a fairly smooth road?
Nothing worth accomplishing comes easy. Since graduating high school, I’ve mostly been on my own since my dad kicked me out of the house at 18. I had a job but wasn’t getting nearly enough hours to support myself, I used to have to steal food just to survive. That’s when I started selling weed (and then later ecstasy and mushrooms) in order to provide for myself. Eventually, this lifestyle caught up with me and I was sent to jail a few times. Fortunately, after four applications, I was accepted into CSU Long Beach. While there, I joined a fraternity and that kicked of my self-development journey which helped turn my life around. I served as President of my fraternity, I founded and served as president of the CSULB National Association of Black Journalists, and I represented the CSULB president as a President’s Ambassador. All while winning multiple awards, scholarships, and recognitions for my campus/community service. Despite these wins, this time was challenging because I dealt with racism from my fraternity and imposter syndrome as a leader. I oscillated between confidence in my ability to create change and debilitating anxiety stemming from my belief that people would discover that I’m not capable of being the leader I aspire to be. When I graduated college, I felt good about my future prospects. However, felonies on my record made it tough to get jobs at times. There were multiples times I was homeless and sleeping out of a car. At one point, it was a car that didn’t even work. Probably the toughest challenge was being so broke that I couldn’t pay off a $25 ticket fee and somehow that ballooned into a $1,000+ fee that I didn’t know about until my license got suspended. At the time, I was driving for work so I lost my job. This happened around the time I decided to move to LA to get closer to the film industry but was scammed out of $900 and an apartment in Hollywood.

So at this point, I was homeless, jobless, and all I had going was the film classes I took in LAVC. I didn’t wanna give up on my film dreams though, so I managed to find a job that would accept my felonies and my part-time schedule, all while taking a two-hour commute via public transport and bike from Long Beach to Van Nuys twice a week. This trek proved worth it though because taking these classes, I found the teacher I needed to write me a letter of recommendation into USC’s MFA screenwriting program and I made a connection with the person who got me my first ever job on a feature film set. After falling for a social security card scam that left me without any money in my account, I ended up having to sleep in my car for another few months as I recovered and worked to pay off the ticket that kept my license suspended. When the pandemic things got rough. I questioned the value of dedicating my life to something that was deemed “nonessential” and I almost lost my drive for screenwriting and film as other matters seemed more pressing. Like four months of unemployment that left me wondering whether I would have to get support from a family member in order to avoid homelessness again. Fortunately, things came together for me once I got a job with Roadtrip Nation and started an apprentice program Public Allies Los Angeles.

Thanks – so what else should our readers know about your work and what you’re currently focused on?
Currently, I’m an artist, a non-profit employee, and a businessman.

During the morning, I usually set aside a couple of hours for screenwriting. I’m currently polishing up a pilot and a feature while starting a new pilot script based on my life (particularly my drug-dealing days). Lastly, I’m developing a short script based on the life of a local artist. This short will be produced under my production company, Artivists United, and will be used as a foundation of a social justice campaign geared towards providing increased accessibility, funds, resources, and education around mental health for youth in Los Angeles, particularly South Central.

During the day, I work as the coaching and mentorship coordinator for BOSS (Business of Student Success) Programs, a nonprofit that mentors and guides young men of color. In this role, I work with academic coaches/mentors to inspire and guide them to be more effective in their roles. It’s excited because almost everything I do is with the intention to build something positive for the future and inspire others. In my role, I have the opportunity to create a leadership development curriculum for our academic coaches so they’ll develop as better leaders and mentors of our youth and in society at large. This curriculum will be used by affiliate organizations as BOSS expands operations into other cities. I’m proud that I’ve already been able to inspire coaches into more confidence and to make better connections with their students. Once this curriculum is honed and perfected, I look forward to seeing it be the foundation for the growth and development of countless young men.

During the night, I’m a businessman. This is typically when I set aside time to work on my social impact production company which is still in its infancy. My company won’t just produce films, we produce events and social justice campaigns around these films as well. We’re currently partnering with Levitt Pavilion, Public Allies Los Angeles, International Eye LA, and the Empowerment Congress for an event in May that will bring together artists and nonprofits to forge partnerships where the artists will use their craft to advance the mission and impact of non-profits.

What’s next?
Future plans were mentioned in previous sections: a film screening/launch party for my company Artivists United, a community event that facilities partnerships between artists and nonprofits, a short film about the real-life story of an artist which will serve as the foundation of a social justice campaign around mental health for youth.

What I didn’t mention in earlier sections is that I’m currently working on my fifth application into USC’s MFA screenwriting program. This time, I plan to do the summer writing program in order to increase my chances for acceptance into the MFA program.

I will be getting flown to Pennsylvania to act in a short film titled Colosseum. I met the producer at a screenwriting conference two years ago and he liked me so much he asked me to star in his film without seeing any of my work.

Later this year and next year, I plan to do a festival run with my short film that’s currently in post-production, “Restitutions”

Also, by the end of the year I plan to become a certified life coach. Ideally, this will be my last year ever working as an employee. I plan to finish up my work with BOSS programs and then dive head-on into entrepreneurship with my company. I also plan to become a certified life coach as a way to supplement my income in a way that frees up my time. 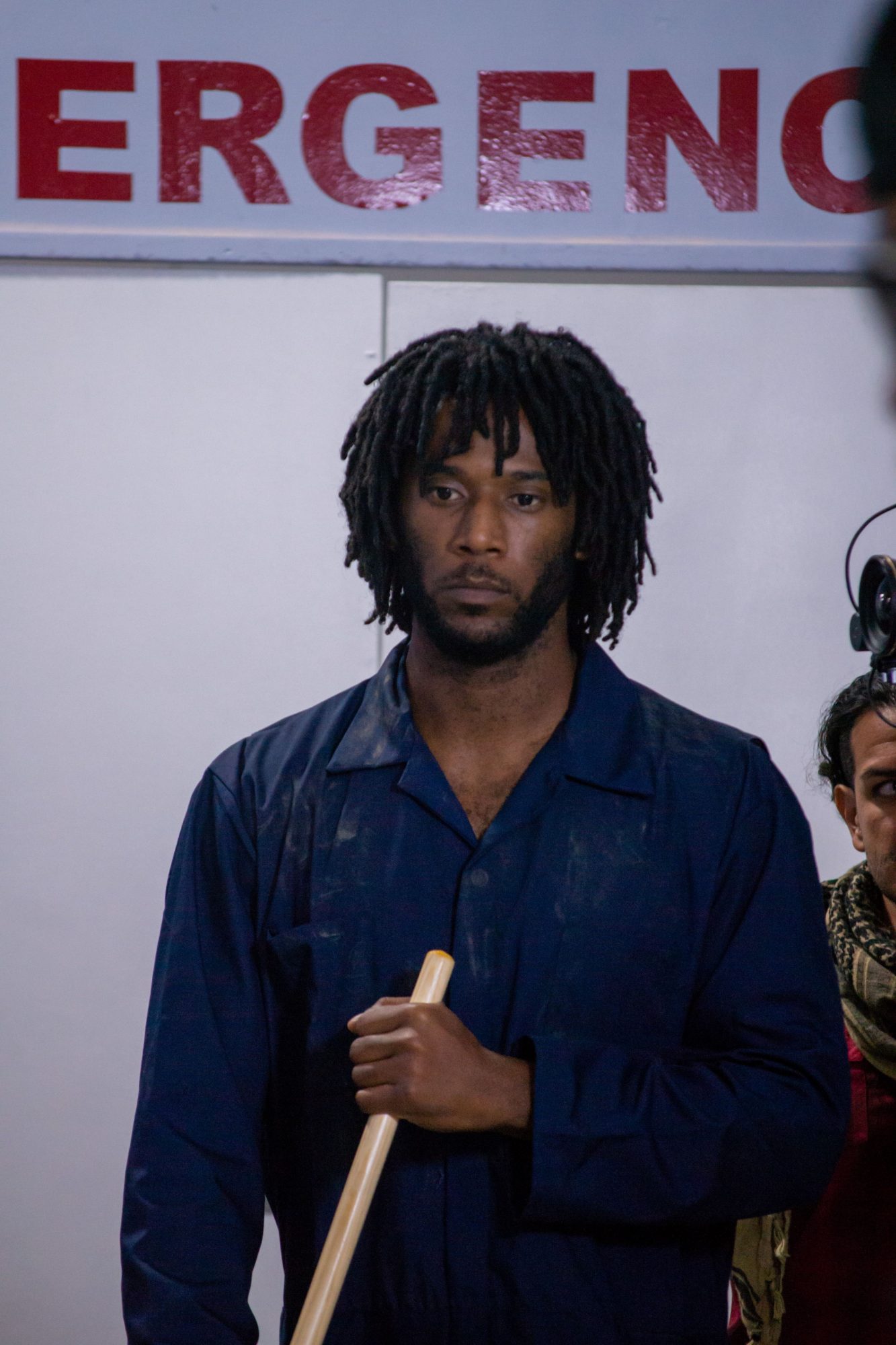 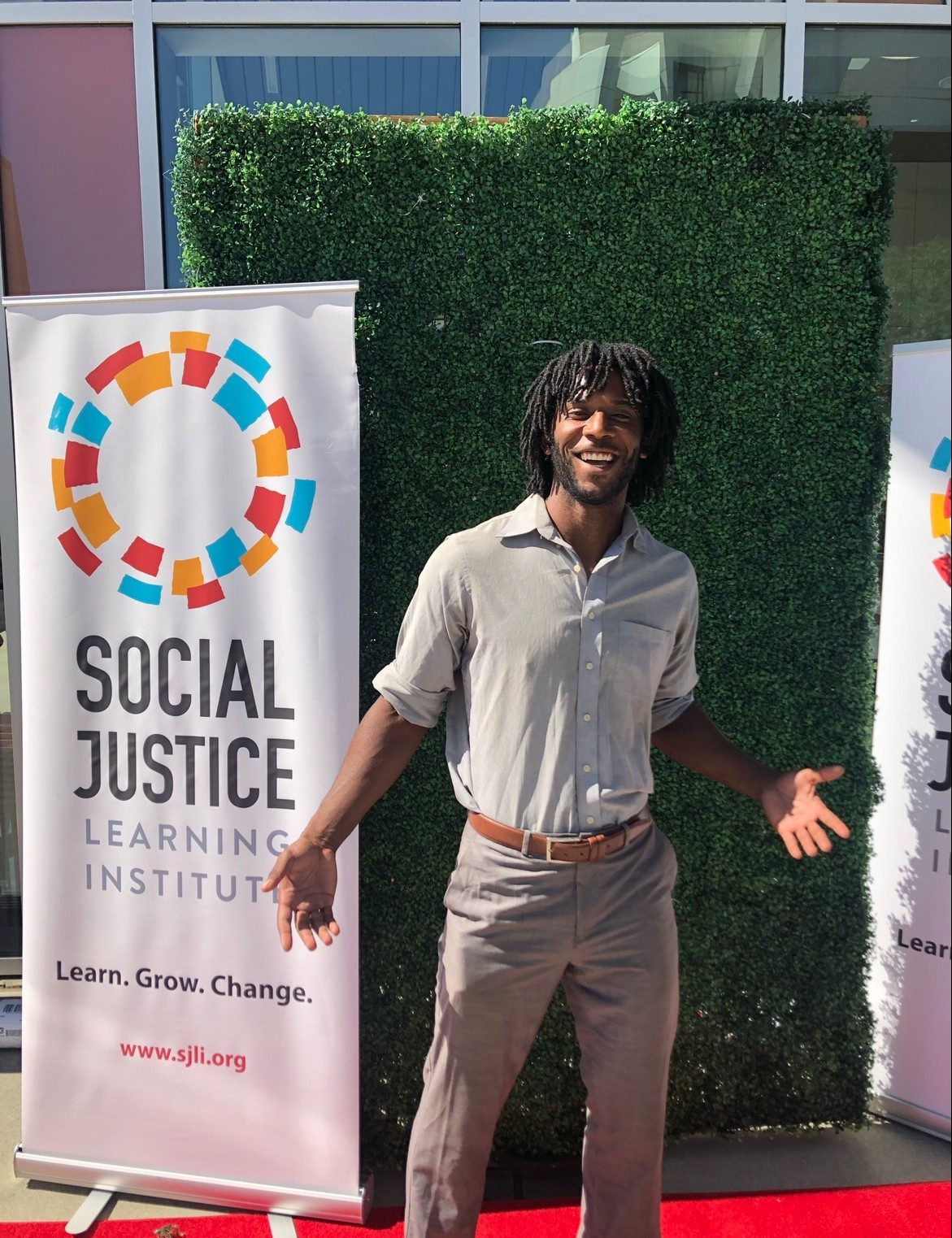 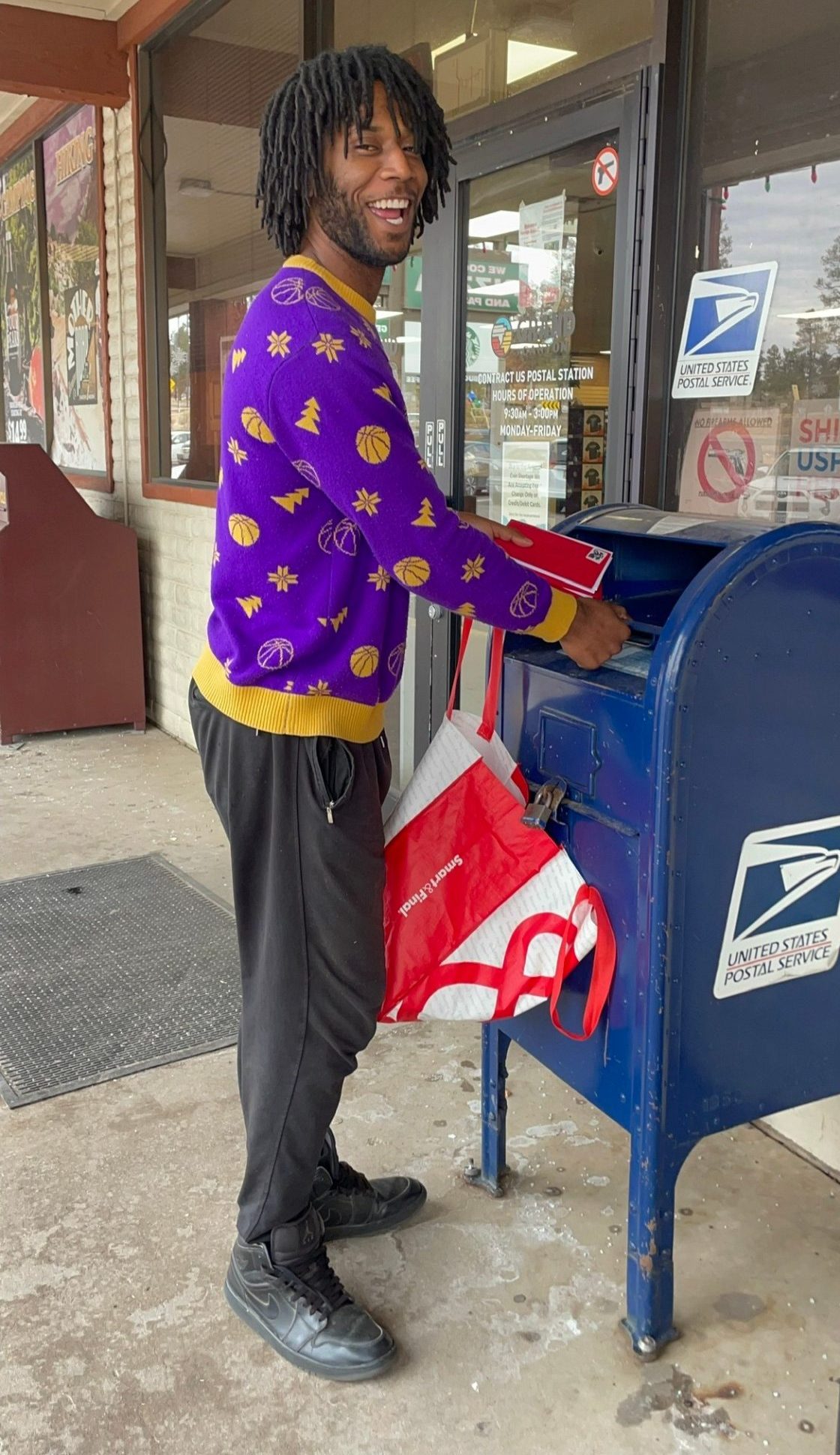 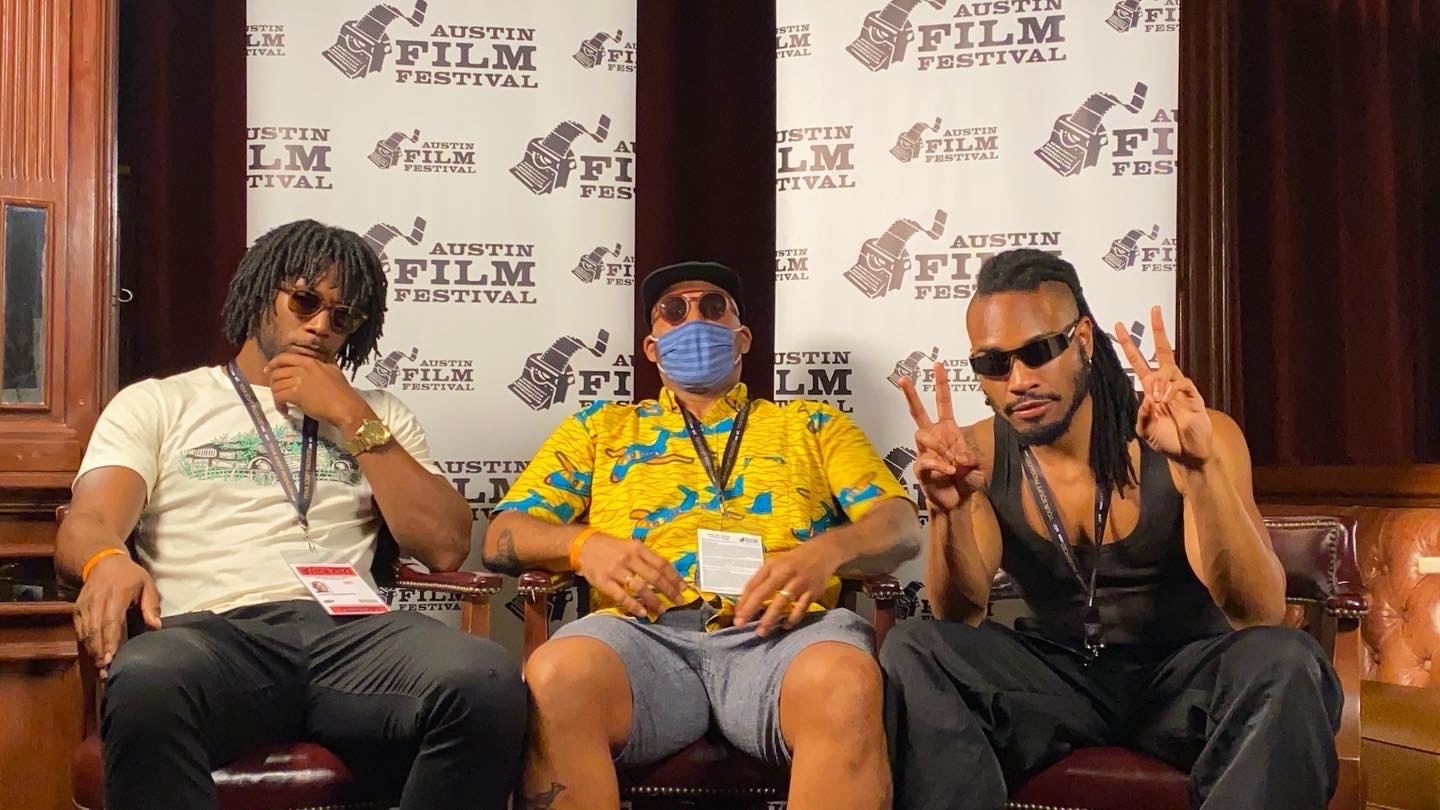 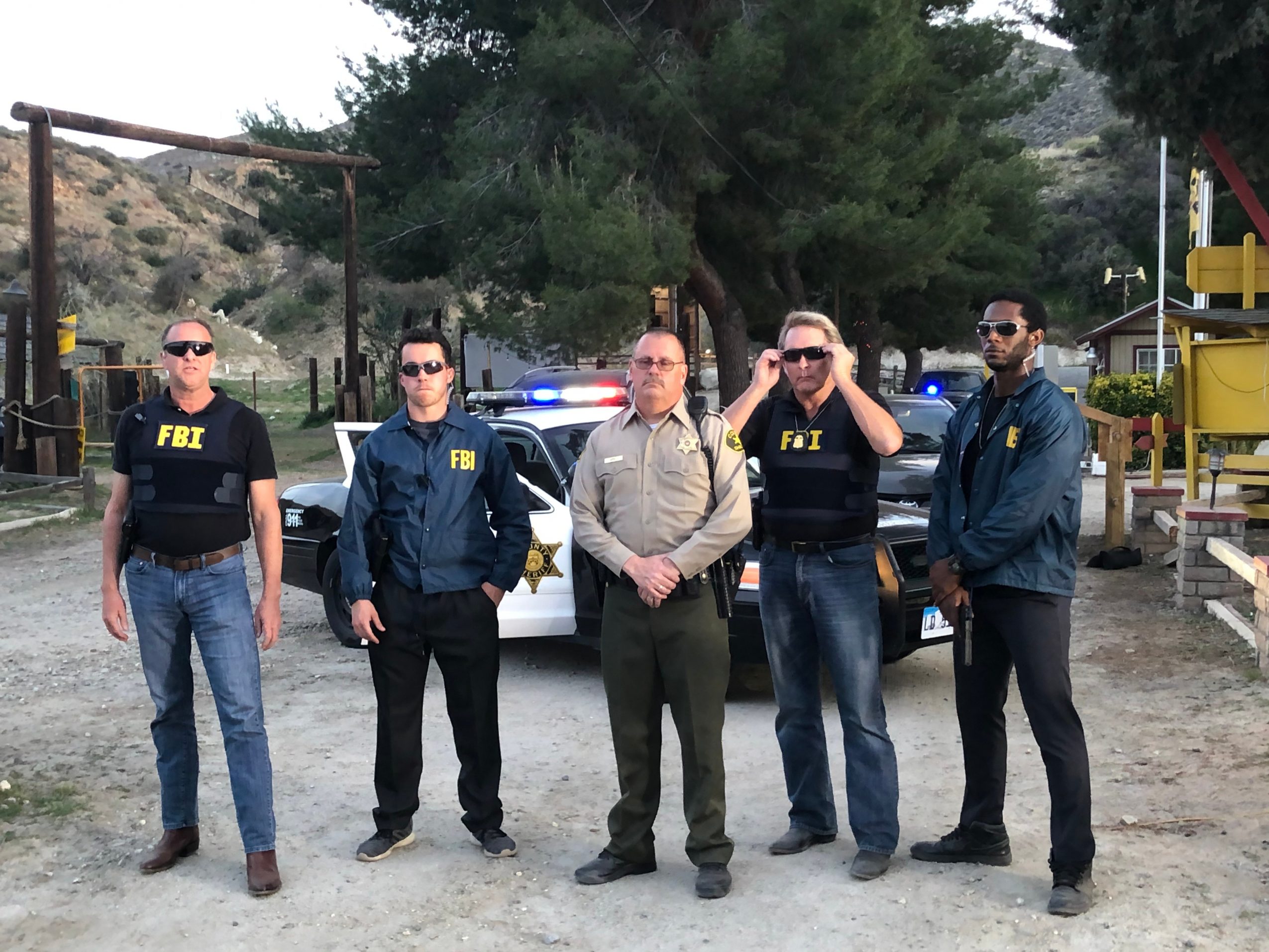 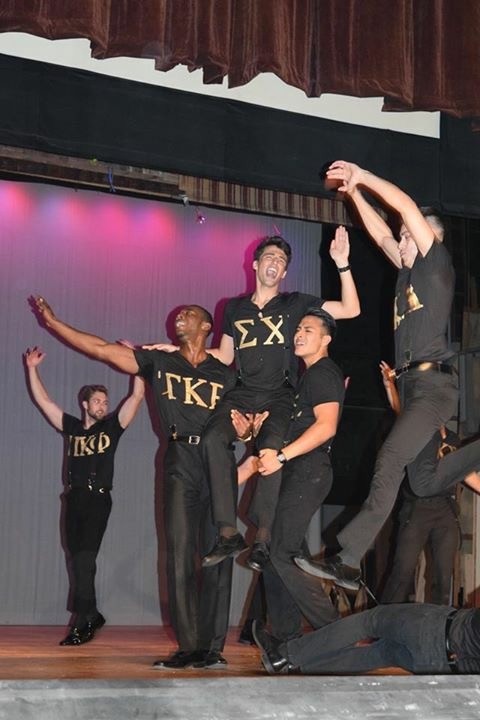 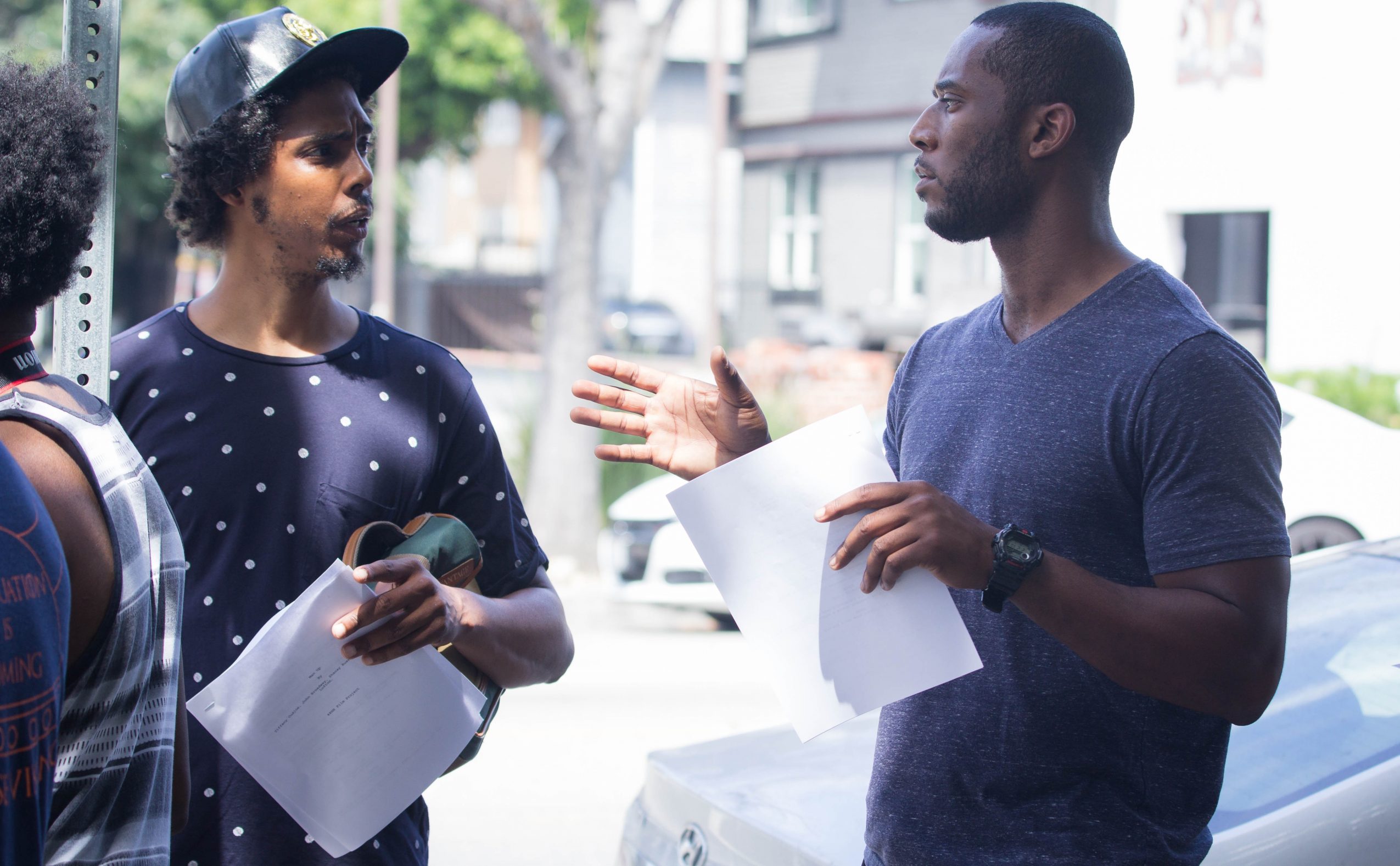 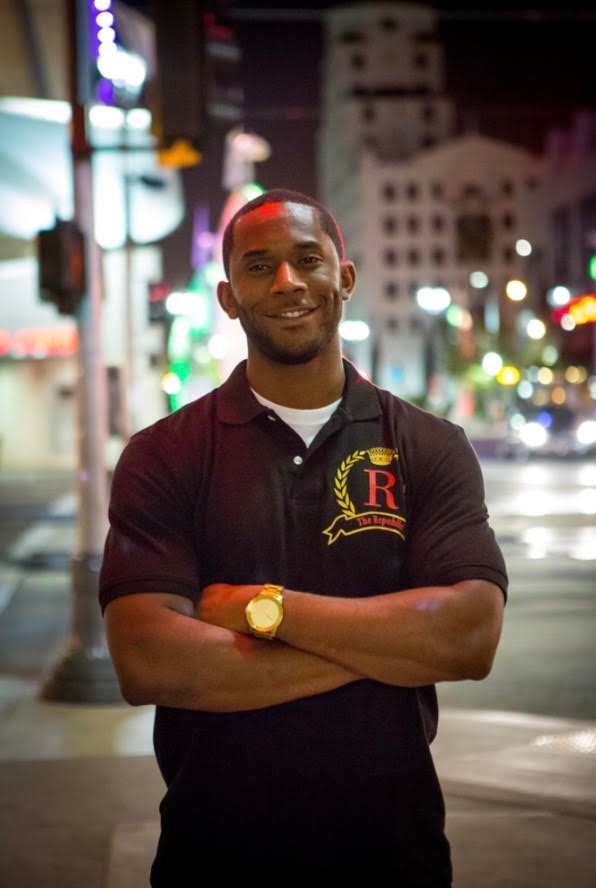