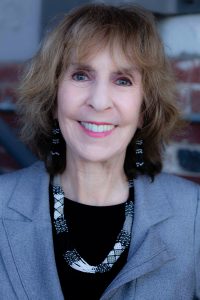 Today we’d like to introduce you to Jill Gurr.

Hi Jill, we’re thrilled to have a chance to learn your story today. So, before we get into specifics, maybe you can briefly walk us through how you got to where you are today?

I’ve been writing short stories, poems and articles since I was seven years old. My poem, “The Sky is On Fire” won Honorable Mention in a national competition in 1964 when I was only 14. I’ve written business collateral like brochures, flyers and PSAs for companies, and several of my articles have been published, including an essay for “Sadie Magazine, which won first prize. The reward was a writer’s retreat in San Francisco.

I worked for over 20 years as a script supervisor on award-winning films in exotic locations all over the world with top celebrities. In between, I wrote screenplays – 16 original ones and seven as a writer-for-hire. Two were produced: (1) A PBS pilot called “The Immortals – Socrates” that stars Ed Asner, and (2) “Rigged,” which I adapted from the novel “Hit and Run” by James Hadley Chase. It stars George Kennedy.

I put my writing on the back-burner in 1996 after working on the productions Menace II Society and My Family when I realized that Los Angeles has more foster and homeless youth than anywhere else in the U.S. and more incarcerated kids than anywhere in the world. I founded the nonprofit organization Create Now, which for 25 years has served over 50,000 youth through arts education and mentoring.

I’ve published three books (all available on Amazon) and I’m very excited about my newest one, which is my memoir. It’s called “What You Give Is What You Get.” I’m currently editing it.

Can you talk to us a bit about the challenges and lessons you’ve learned along the way. Looking back would you say it’s been easy or smooth in retrospect?
No, It certainly hasn’t been smooth! There have been many challenges. I come from a working-class family and I’ve always worked very hard to reach my goals. I traveled all over the world, finding jobs to support my dreams and learning languages (Spanish, French and Italian) that gave me more skills. Finding production work as a script supervisor was difficult since it’s very competitive and comes in droves: it’s either raining with opportunities, or there’s a drought.

During those “off-times,” is when I could indulge my passion of writing screenplays. When my money ran out and I tried to find work as a script supervisor, it wasn’t always available. Luckily I had credit cards, and my parents gave me loans when I was desperate, which I quickly paid back, but I had to declare bankruptcy once.

To develop Create Now, I had to volunteer almost full-time for 18 years before I could start receiving a small part-time salary. There was a time when I was almost homeless. I did temporary secretarial work until I was able to book jobs on commercial productions that paid well and enabled me to balance running Create Now and settle my bills. It wasn’t until a few years ago that I finally received a full-time salary and could pay off my debts.

It’s also been frustrating because while Create Now is like my child, I have all of these amazing screenplays and books that are also like my children. I love helping thousands of kids to learn new ways of expressing themselves through the arts and exploring their creativity. But at the same time, I have so many incredible stories to share. I’m itching to use my imagination and get my scripts and books distributed, so I’ve recently stepped down as the CEO of Create Now to focus on my dreams.

Thanks – so what else should our readers know about your work and what you’re currently focused on?
I don’t want to sound like I’m bragging, but I’m a visionary. Many of my scripts were ahead of their time when I wrote them 25-30 years ago. They’re in many different genres: action, horror, romantic comedy, sci-fi, TV drama, urban, musical and thriller.

Many of them have female leads and producers told me that women didn’t go to movies, so they passed. Some deal with topics like climate change, prison reform, abortion, UFOs and the paranormal. Those in power didn’t want to hear about that stuff. I actually got fired from a movie production for expressing my belief in UFOs/UAPs. I’ve updated my scripts and they’re still very fresh, relevant and commercial.

I’m especially excited about my memoir, “What You Give Is What You Get.” It started when I was digitizing my hundreds of photos in November 2019 to protect them from the fires. As I unraveled my childhood and all the different stages of my life, I had incredible revelations. While my parents gave me and my sister food, a nice suburban home on Long Island and a college education, there was no love expressed. I realized that my mother had been abandoned by her mom and she was raised by her older sister. My father’s mother had five husbands and he was raised by his brother.

As my life story unfolded, I realized that I had been physically abused and neglected as a child. That’s what subconsciously drew me to founding Create Now so I could help kids in the same situation to escape through the arts, just like I did with my writing. I kept attracting more abuse while working on films with directors who screamed obscenities at me to vent. I kept putting up with it until I quit after refusing to take on any more verbal abuse.

I was also rejected and bullied as a child because I was sick from ages 9 to 13 and then picked on whenever I went back to school. This was a sore spot and repeated throughout my production career when a famous actress rejected me for no apparent reason, as did other people I had to dig deep to find out the causes and how to heal them. I’ve gotten tremendous help from a local shamanic healer who has given me a better perspective on this childhood trauma, along with tools to repair the damage. Writing my memoir is very therapeutic. I’m confident that it will assist many other people to relate to my journey.

What sets me apart from others is that I’m a risk-taker. I’ve never been afraid to try something new. I’ve had some incredible adventures throughout my life, such as hitchhiking alone through Central America and almost smuggling contraband from Colombia. I’ve lived in London, Paris, and Mexico for long periods of time – and that was before I was paid a lot of money and traveled first-class to work on movies in Argentina, Russia, Budapest and Costa Rica with celebrities like Sean Connery, Gregory Peck, Julia Roberts, Antonio Banderas and too many others to name. As I’m reviewing my old photos and memories are resurfacing, I wonder how I made it through a lot of this in one piece!

I’m especially proud that I’m one of 100 people selected to be part of a coffee-table book coming out later this year on Amazon called “100 Making a Difference.” (100makingadifference.com) along with Steven Spielberg, Oprah, Michelle Obama, George Clooney, Duane Johnson, Scarlet Johansson, Serena Williams, Will and Jada Pinkett-Smith and too many other celebrities to mention.

I’m also very proud that Create Now will be celebrating our 25th Anniversary starting on October 26, 2021! Mark your calendars and come join us next year at a fun gala event!

Is there anything else you’d like to share with our readers?
I’m seeking a representative (agent or manager), and also available for writing jobs. Visit my website at: jillgurr.com to learn more about me. I’m currently building my blog and social media channels, so please subscribe.

I want to encourage all of you to follow your passion, whatever that is. Life is too short to put up with things you hate doing or people you don’t like being around. There’s a big world out there with many opportunities if you follow your dreams! 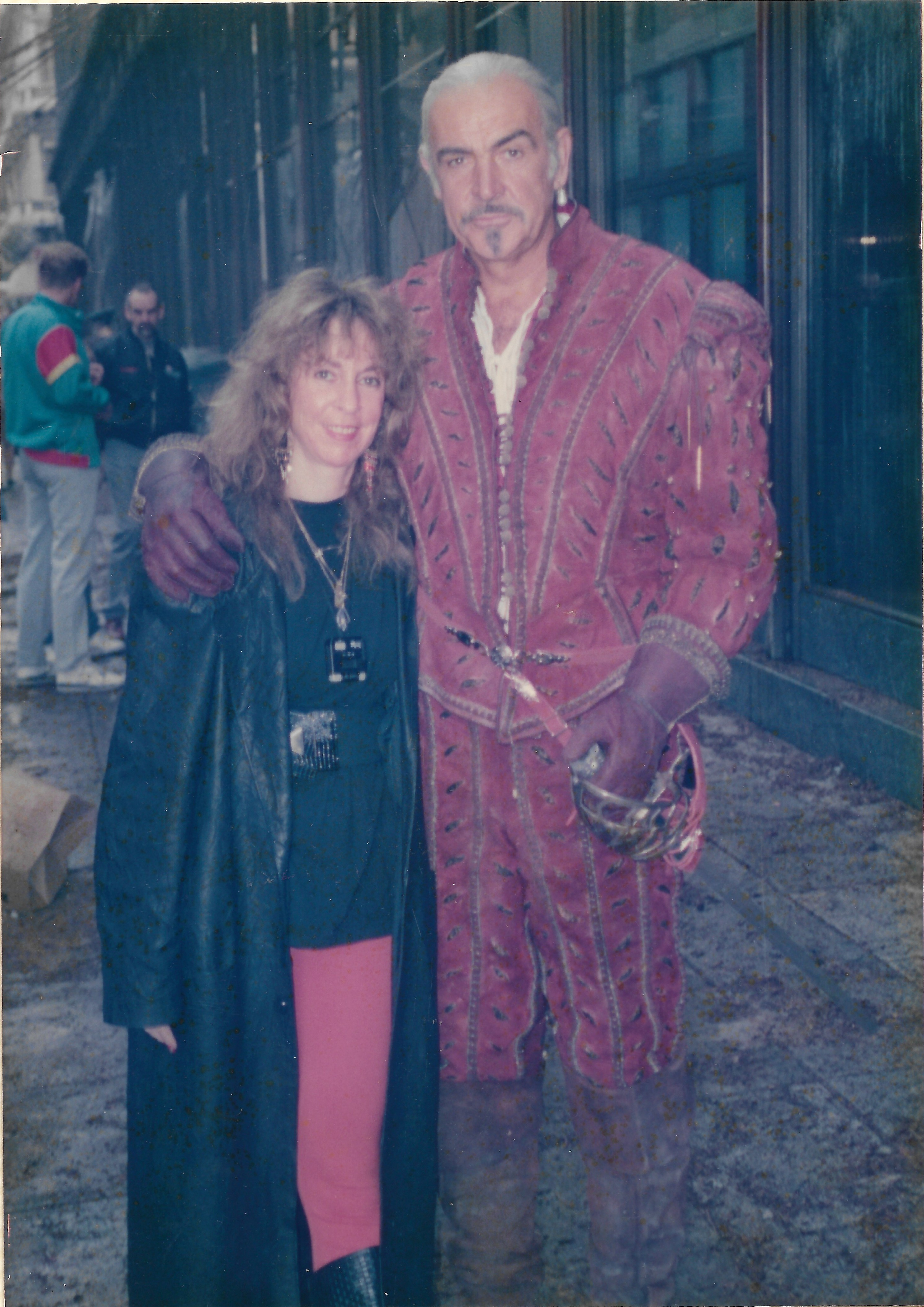