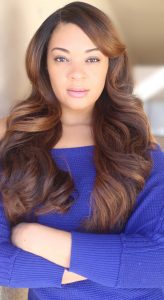 Today we’d like to introduce you to Jesselynn Stegall.

Hi Jesselynn, we’re thrilled to have a chance to learn your story today. So, before we get into specifics, maybe you can briefly walk us through how you got to where you are today?
Well… I started acting when I was younger and I didn’t realize that’s what it was. I was in 5th grade attending a performing arts school for music and I was chosen along with a few other students to be in a commercial with Morgan Freeman. I didn’t know what I was doing. I just followed the instructions and I knew I was having fun. I later told my parents I wanted to keep doing whatever that was. Once I was educated in what I was doing, I auditioned for that program and I changed majors at the performing arts school. As I grew older, I kept doing plays and independent films but never studied it again because I wanted to go to Jackson State University to be a Prancing Jsette. I was determined to dance there. That was a big dream of mine. So I went to JSU on a music scholarship for ONE reason ONLY lol. I became a jsette and I lost focus. I got in some trouble and was unfortunately placed on probation from the team. I was all over the place. I ended up changing my major to Biology Pre-Medicine and then…..I got pregnant. I was so upset because I was living and I had just turned 21. I became afraid, but I had parents who pushed me and had my back. I wobbled to school and my daughter is the reason I found my focus again. I graduated with her and my parents cheering right along.

After graduation, I didn’t know where to go or what to do from that point. I did suffer from postpartum depression and I was lost in every aspect. I knew my love for acting was there but I didn’t know how to expand from my hometown. I was scared to leave the nest. I became very depressed and I attempted suicide. I felt I had disappointed everyone. I wasn’t working, I was broke, and I didn’t have a plan instilled. Once again, my parents and close friends helped me get out of that stage of life and I ended up teaching 10th-grade biology. I knew this wasn’t what I wanted ultimately, but I needed money to take care of my daughter and I used that time to create a plan. I was uncomfortable. I grew very close to my students because I was somewhat close in range to their age so we could relate to certain things. They considered me somewhat a bigger sister and I became their role model. That’s when I knew 100% I had to follow my dreams because I have so many other people looking up to me to follow through what I preach to them. I made the decision to further my education but this time, it would be in the area of what I felt I was placed on this Earth to do. I applied and auditioned for New York Film Academy in Burbank, CA and got accepted. Lord…I look back at my audition tape now and don’t see how I got accepted, lol. It was terrible based on what I know now and my growth in acting. I had six months to prepare to move to a place that I have never been in my life. I had never stepped foot out of Jackson, MS. My parents were nervous. I was nervous. I didn’t want to leave them. I didn’t want to leave my daughter. We sat at the dinner table and they asked me one question. Why? I told them, “this is what I’m supposed to do.” They then wholeheartedly told me they supported me 100% under one condition; and that was I better make it happen. That didn’t put in pressure on me at all (sarcasm, lol). I didn’t know if I would succeed or not, I just know I didn’t want to always have that “what if” lingering in my mind for the rest of my life. I packed two suitcases and moved to Los Angeles in Sept 2015. Had never seen my apartment (other than pictures), didn’t know my roommates, and didn’t know how to get from the airport to my apartment. I was figuring it all out as I go. My 2006 Impala was being shipped and I had to walk everywhere until then.

Fast forward, I graduated from NYFA receiving my MFA in Acting for film and went back to receive a MA in Producing. The producing program was a little tough because right after I received my first master’s, my mom got news (randomly) that she had been diagnosed with pancreatic cancer. My mom handled everything for me in regards to my marketing. She was healthy. I got into my next program because I wanted to learn the business side of film but I also needed the money to help my parents out. My grades dropped and I lost focus again. The darkness came back in full effect. I started regretting even making the decision to move to LA. I would commute back and forth from LA to MS a lot and my mom would say “no go back you got work to do.” We made a promise that I would never give up on my film career again and she would fight her ass off in beating this cancer. My mom earned her wings 12/14/2018 and I buried her three days before that Christmas. Since her passing, it’s been a journey that I can’t even explain. I continue to work hard and push through all for her, but I can promise it’s a battle EVERYDAY. I want this though not just for her but because I know I have “it”. It’s what I was born to do. I was able to be cast in my first feature South Central Love, directed by Christina Cooper in Los Angeles while my mom was alive. She was in the hospital and I called her and told her I had gotten the part (I remember like it was yesterday). She said “let me get my red carpet outfit together” lol. I got the part that November and she passed that December. We started filming two weeks after I buried my mom. I must say my love for South Central is forever. They had my back and front and uplifted me the entire time on set and off. In between every cut “are you ok? Do you need a break? Is this too much? The love was so authentic. It’s still a journey but that’s life. I strive each and everyday to better myself in film and as a woman.

So let me wrap up, lol… I make sure (no matter how dark or bright I feel) I do something that brings me closer to my destiny because my mom held her end of the bargain. I have to hold up on my end. I’ll forever keep striving to be the best in what I do because my story isn’t even for me. It’s for someone else who needs to know that no matter what you face, you still have to live in your purpose and never give up.

Alright, so let’s dig a little deeper into the story – has it been an easy path overall and if not, what were the challenges you’ve had to overcome?
It’s has definitely been a roller coaster, lol. But I honestly like the journey more than the reward.

Some of my struggles were:

Trying to figure out how to raise a daughter while pursuing my dreams, blocking out the distractions of family members wishing and praying for your failure (no, that really happened), being homeless for a little while, losing friends, juggling personal relationships while staying focused, not booking any jobs, struggling to pay rent, and the biggest struggle…losing my best friend (my mom) and trying to keep doing this while grieving and accepting her death.

As you know, we’re big fans of you and your work. For our readers who might not be as familiar what can you tell them about what you do?
I am an actor (actress), producer, and writer. I also am the owner of Hibernation, an activewear and loungewear clothing brand that I recently launched.

Everyone who knows me knows me as an actress. I am most proud of the woman that I’ve become. If you know me, you know I’ve come along way. I went from fighting a lot, being rebellious and just doing whatever I wanted (I don’t look like that type of person at all but I was lol) to really just wanting a peaceful and successful life with a big family lol.

I believe what sets me apart from others is the fact that I can see all perspectives and understand why a person can make certain decisions or do certain things. I may not agree but I understand and see different points. I’m not a one set mind individual and I don’t hide where I’ve come from or what I’ve come from because that’s the beauty of who I am now.

What has been the most important lesson you’ve learned along your journey?
Everything is temporary. Nothing is permanent. It’s just all in how long or short your temporary is.

Never get attached and never expect. When we do that, we disappoint ourselves. 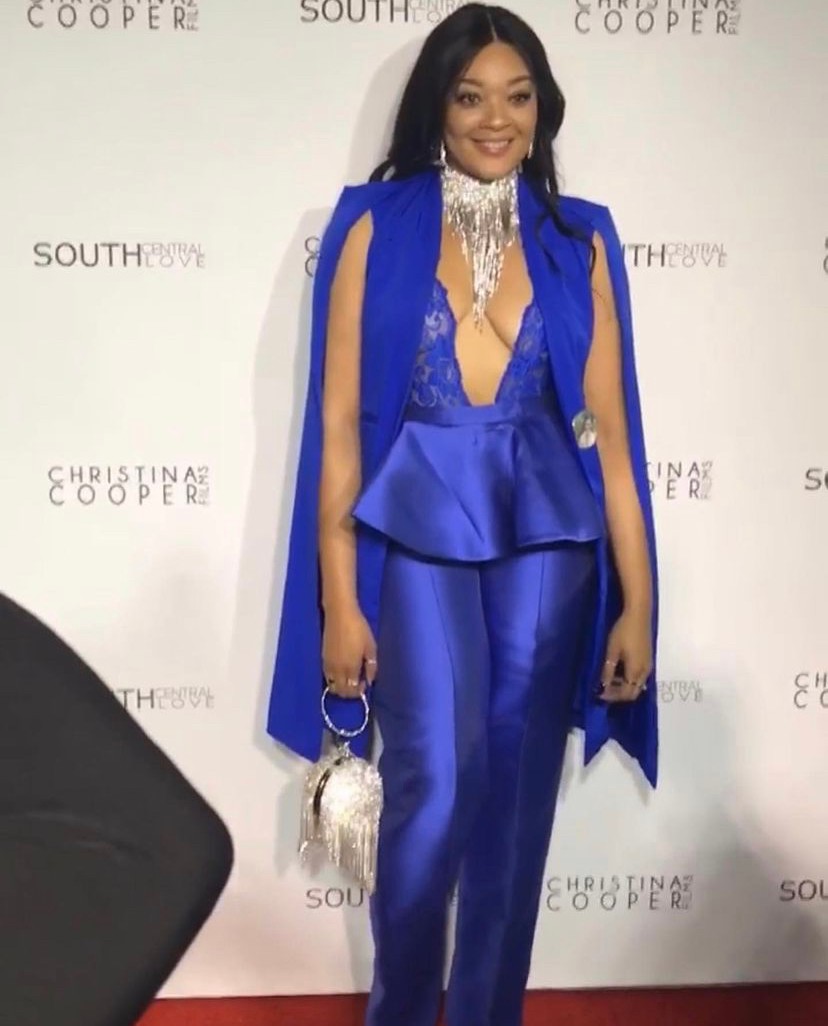 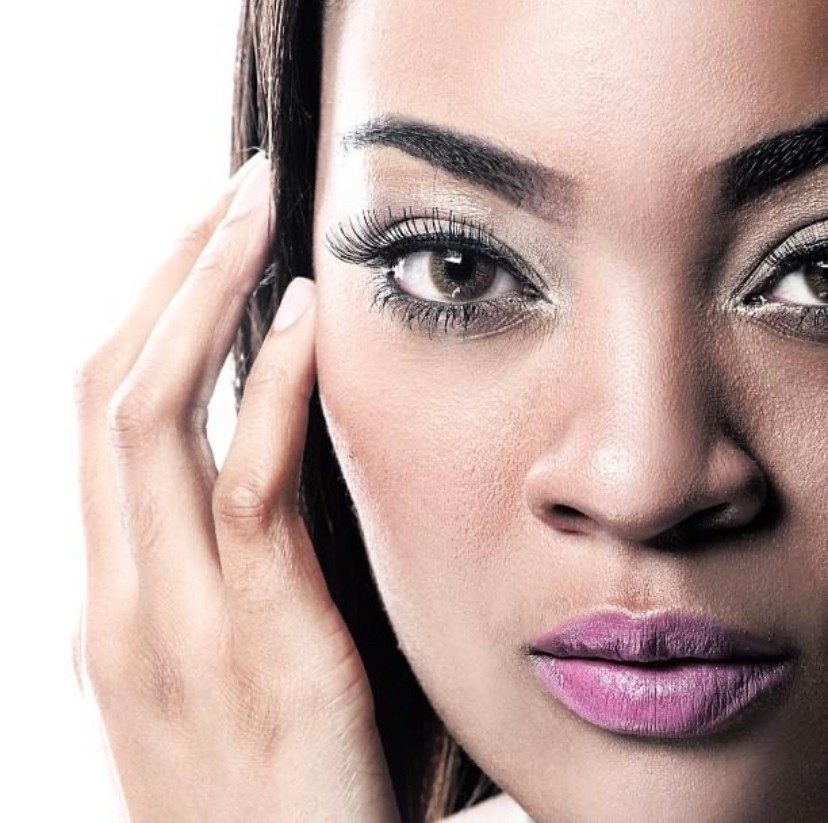 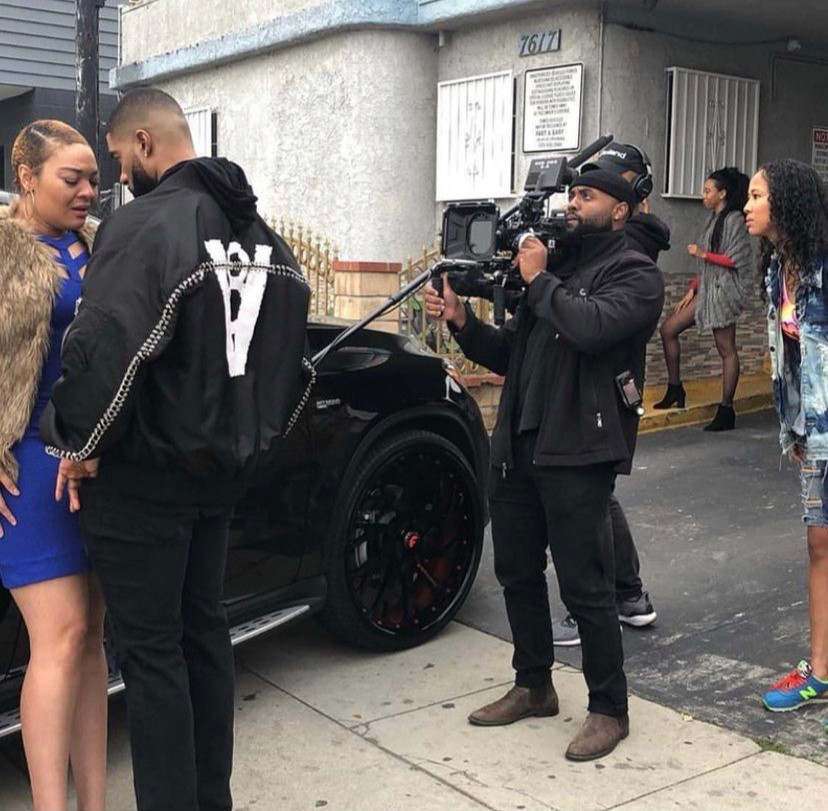 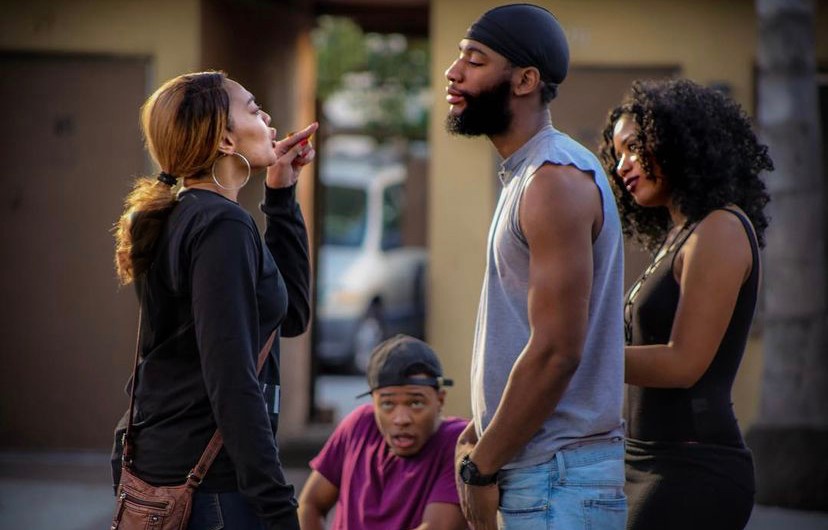 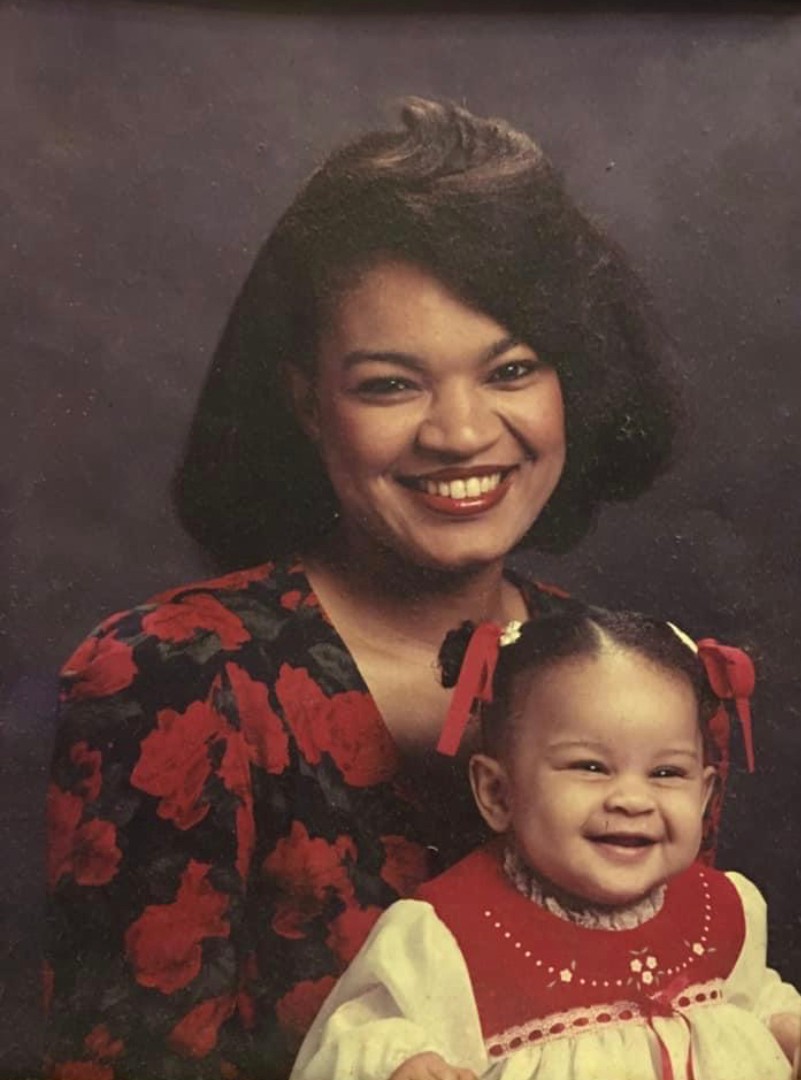 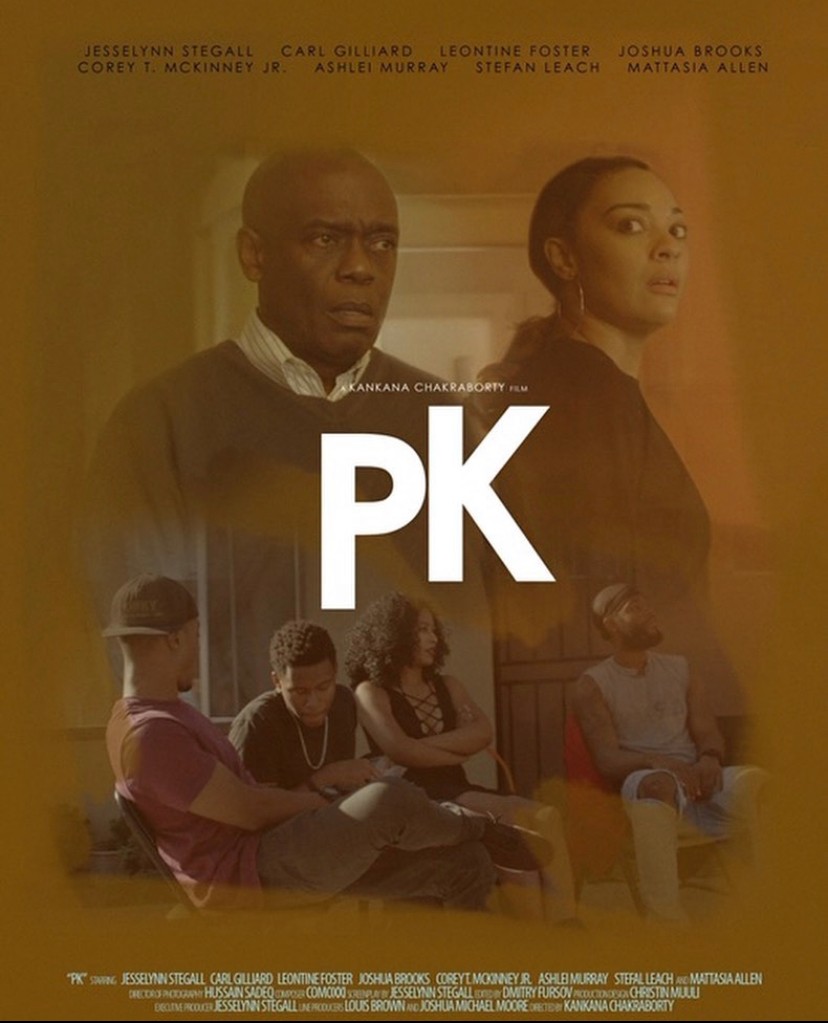 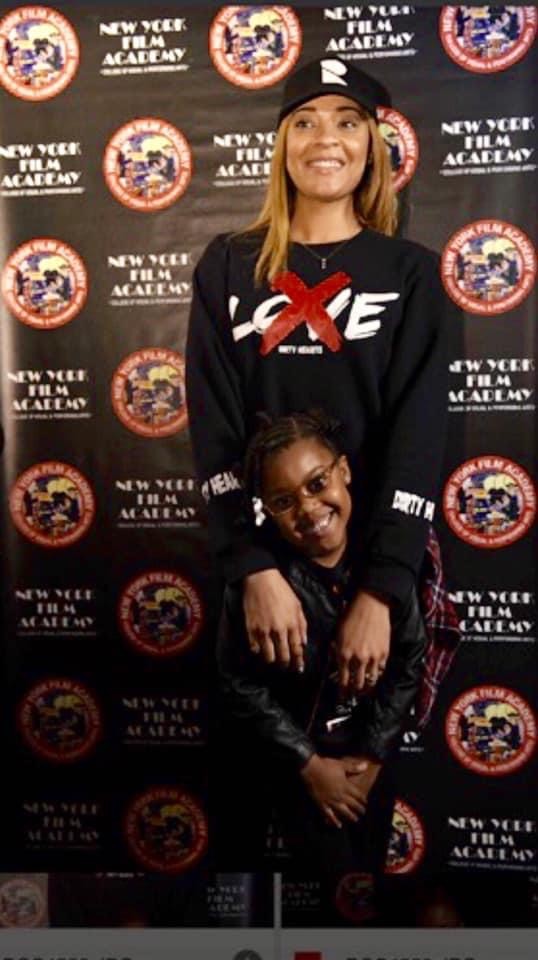