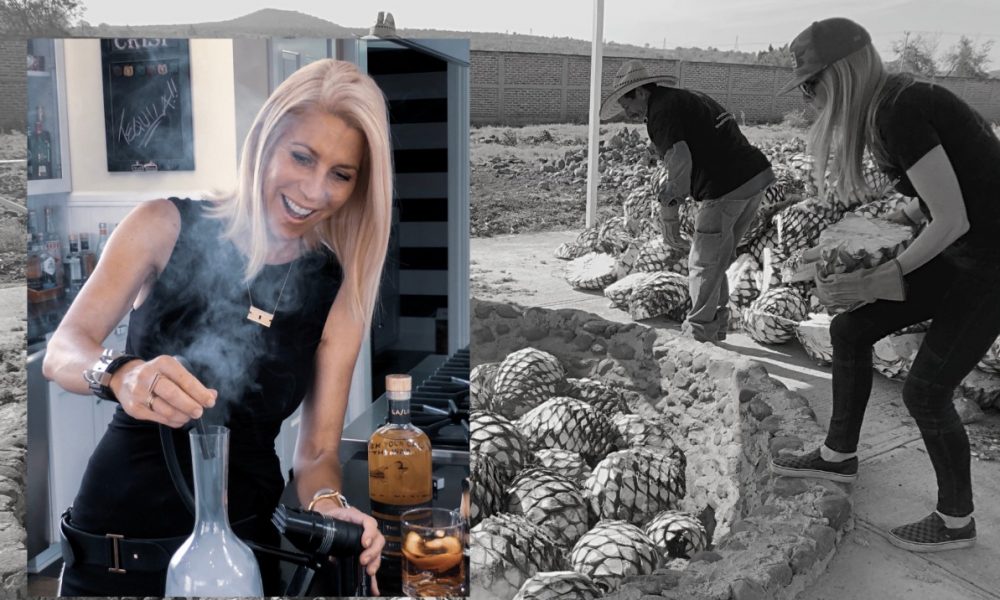 Today we’d like to introduce you to Jennifer Erwin.

Hi Jennifer, so excited to have you on the platform. So before we get into questions about your work-life, maybe you can bring our readers up to speed on your story and how you got to where you are today?
THE SMOKE LABEL TEQUILA – Origins

After falling in love with the smoked flavor of mezcal years ago, I began smoking premium spirits in my kitchen and experimenting with flavors. But struggled to find mezcal in stores, with only a few brands and most were SOLD OUT. This was the quintessential “a-ha” moment back in 2017…

I became obsessed with smoke flavors – got a smoking gun, smoky tinctures, you name it. Anyone that walked through the front door was offered a “smoked cocktail” – a smoked gin martini or a “smoke & fire” margarita. It was a crowd-pleasing party trick that brought great satisfaction. It was something instant…

After 25 years of working as a television producer and writer, I began to wear thin. The years put into a project that may or may not get made, the countless hours spent writing treatments and spec scripts, takes its toll. The idea of making something I believed in and loved, something I had creative control of, was exciting. Or at the very least, a totally killer side hustle.

The “smoky tequila” concocted in my kitchen was the crowd pleaser. This led to a year-long journey of researching how tequila and mezcal was crafted. After studying both techniques and discussing the methods with my distiller, we ended up combining the two. And we chose to use the king of agaves, the Blue Weber, to ensure a smoother spirit. Therefore, we would be a tequila, not a mezcal spirit.

But something else happened. I learned an absolutely wonderful fact about the agave plant… After reading several articles backed up by studies, I learned the agavins in tequila (or agave spirits) have pre and pro-biotics as well as appetite-suppressing properties. Tequila was exported to the United States hundreds of years ago for medicinal reasons. Now I understand why people sip it before and after meals! This led to another mission – to ensure this tequila was at sipping standards…

This all culminated to the idea of using old school or ancestral methods – void of a diffuser (which strips the medicinal properties of the agave), no glycerin or sugar additives and no plastic tarps during the smoking process. The goal being to keep the juice as pure as possible, allowing the exquisite properties of the blue agave to flourish. Our distiller explained that this method is very close to the “ancestral” way of crafting tequila back in the 1600s. Sometimes you have to go backward to go forward…

In between producing true crime television series and armed with a plan, I decided to give it a go. I broke the “responsible” code and tapped out my 401k from eight years of working for CBS as a producer and network executive… Here we go.

On the plane to Mexico, I started reading “American Wolf” by Nate Blakeslee, a poignant narrative told through the lens of legendary Yellowstone wolf, O-Six. Upon learning about the positive environmental impact wolf-reintroduction had on the park, I wanted to contribute. After finishing the book and learning more about this dogged female pack leader, it was clear she had to go on the bottle. My amazing artist Mom did sketch after sketch until we got her likeness right. Now, all we needed was the smoked tequila recipe…

We headed to the outskirts of Guadalajara, down not one but six cobblestone roads, to the distillery. The land was sprawling and the scent of smoke from village residents barbequing was heaven. I hearkened back to my childhood, camping in Yosemite and barbeques at local Lions Club events.

Upon tasting this smoky tequila, it was everything I hoped it would be. I loved it. This spirit was special… By using agaves grown to maturity, spring water, a double distillation method and European filter, our artisan distiller delivered something incredibly unique. Complex with a smoky bouquet and highlights of vanilla. And dangerously easy to sip.

We’re on our second run of production. We craft two expressions (blanco and reposado) in small batches to maintain quality. 5% of every bottle sold is donated to The Yellowstone Wolf Project.

(Side note: Tequila is crafted from solely Blue Agave, mezcal can be crafted from dozens of different varietals).

Alright, so let’s dig a little deeper into the story – has it been an easy path overall and if not, what were the challenges you’ve had to overcome?
The pandemic hit five months after we started selling. It was a major challenge as a new and unknown brand. Stores opted to buy big brands and we could not even get tastings because of Covid. Then, restaurants shut down… But we stuck with it and have plans to expand the brand next year. If I knew how hard this endeavor would be, I may not have done it – risked my entire savings and maxed out every line of credit I had. Sometimes not knowing the challenges can be a good thing!

Thanks – so what else should our readers know about your work and what you’re currently focused on?
A career in entertainment, then tequila… After many years working with the legendary FBI Profiler, John Douglas (author of Mindhunter), I founded Dark Pictures Entertainment (darkpicturesent.com). The company is focused on large-scale FBI cases, diverse character-driven stories as well as thrillers. The name is inspired by the “dark pictures” John utilized to investigate serial crimes.

After graduating from UCLA, I spent the next 25 years as a television producer and writer. After five years of cutting my teeth as a music documentary producer at MTV and VH1, I produced America’s Next Top Model, Paradise Hotel and went on to become a network executive for CW and CBS. Upon meeting John, I shifted focus to writing and later packaged and Executive Produced the Netflix series, Mindhunter. I’m currently working with several major studios on television projects, all while continuing to expand The Smoke Label. And of course, religiously creating new cocktail recipes for the brand!

I’m a proud graduate of the esteemed FBI Citizen’s Academy where strong bonds with on-board and retired FBI Agents were developed. I participate in advocacy work to strengthen crimes against children laws and volunteer for Operation Underground Railroad, a non-profit dedicated to rescuing and rehabilitating trafficked children and adults.

How do you think about luck?
Luck absolutely played a part in meeting The Smoke Label distiller. A wise businessman suggested I meet a tequila maker from Mexico that he knew. She’s a successful spirits entrepreneur who held my hand along the way, introduced me to an artisan distiller and showed me the “tequila ropes.” To this day, she’s an invaluable partner and collaborator. If it’s luck or fate, I could not have achieved this without her. 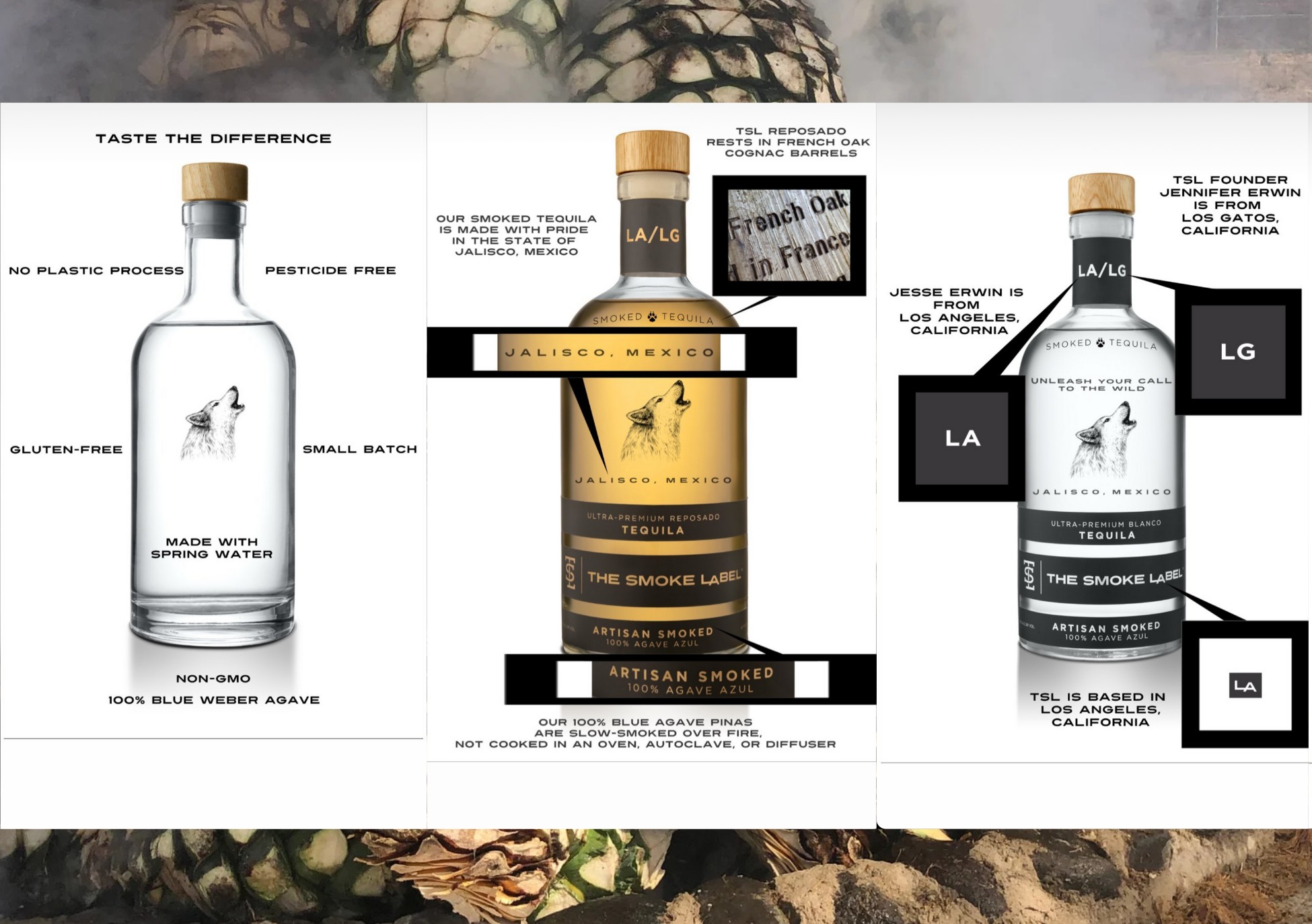 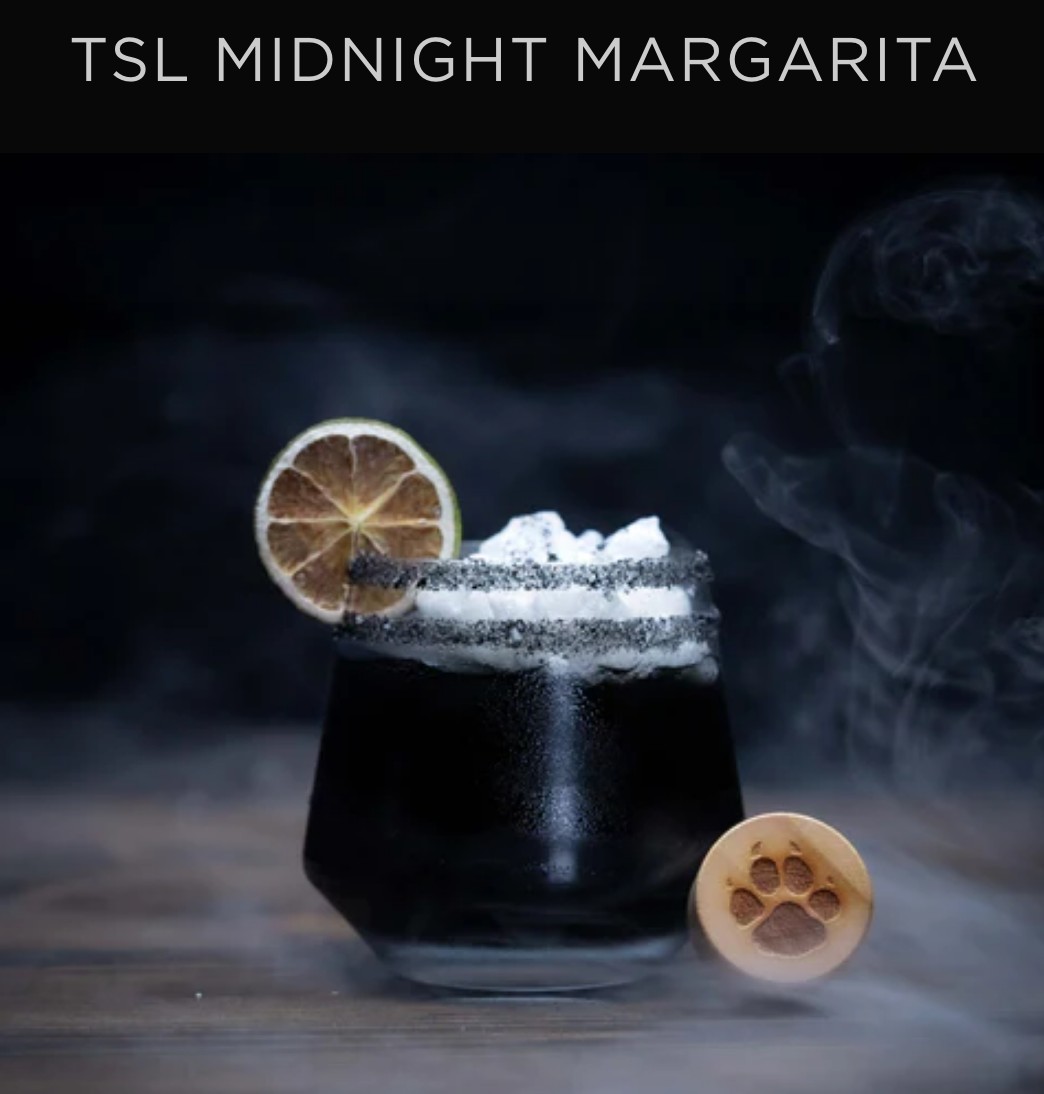 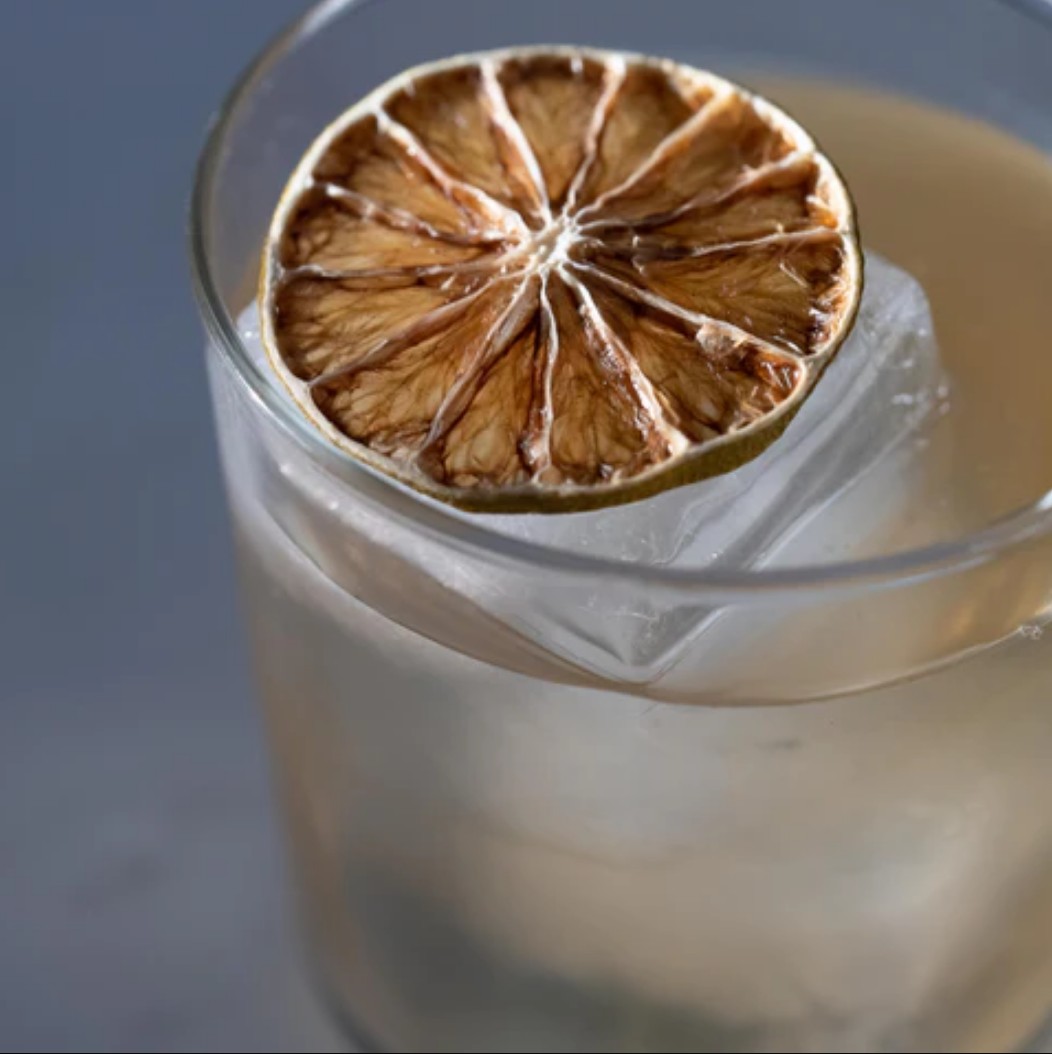 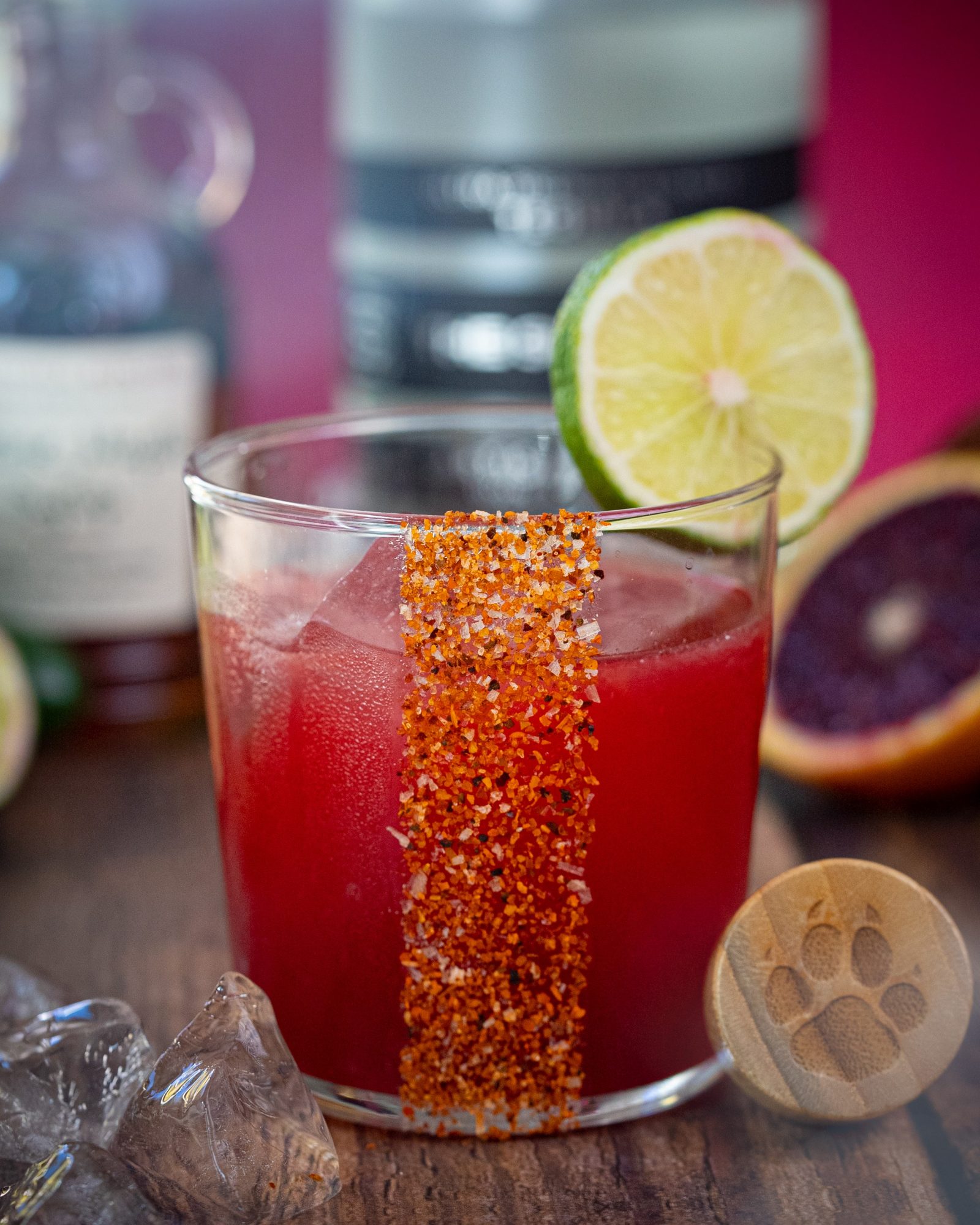 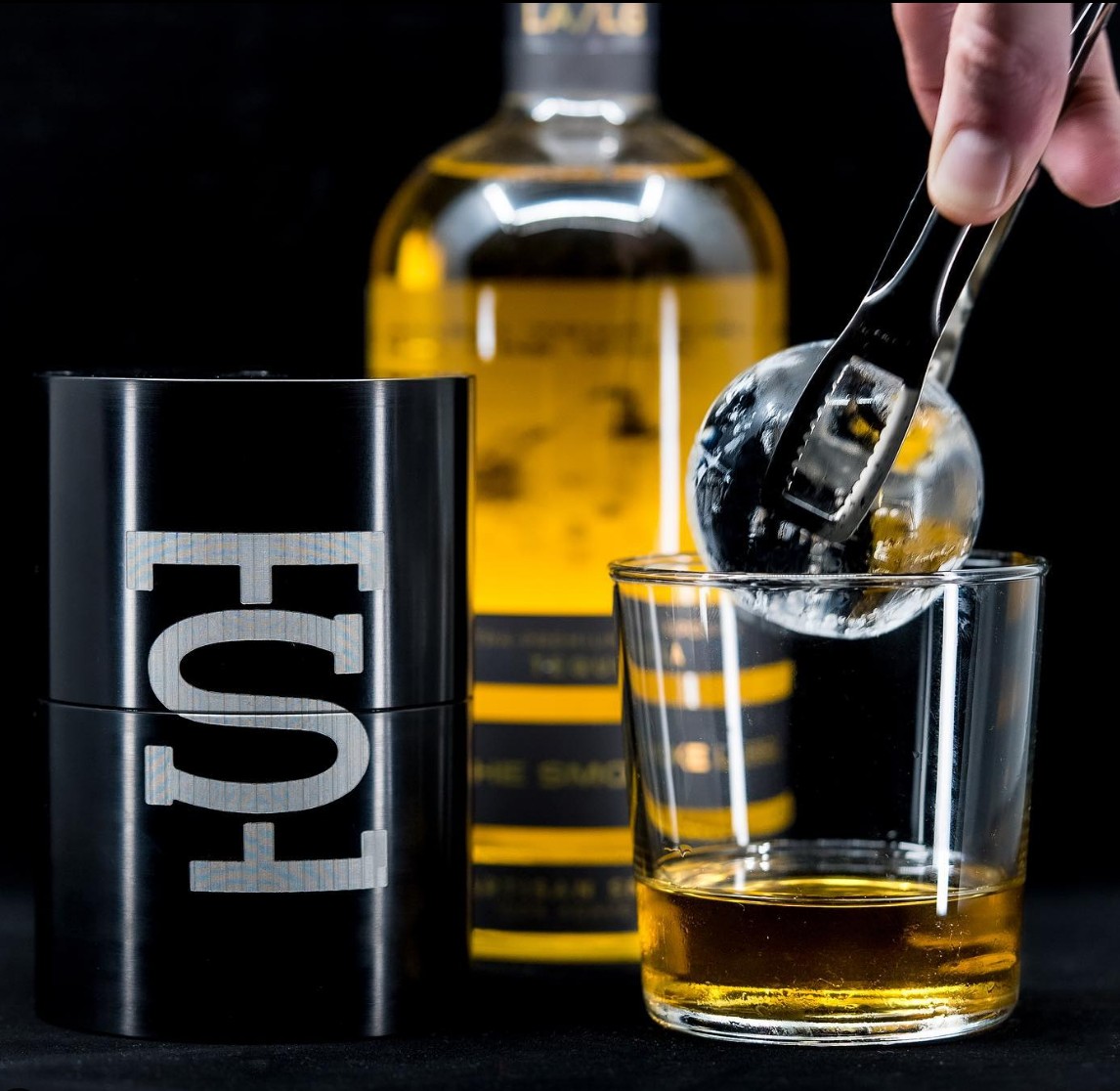 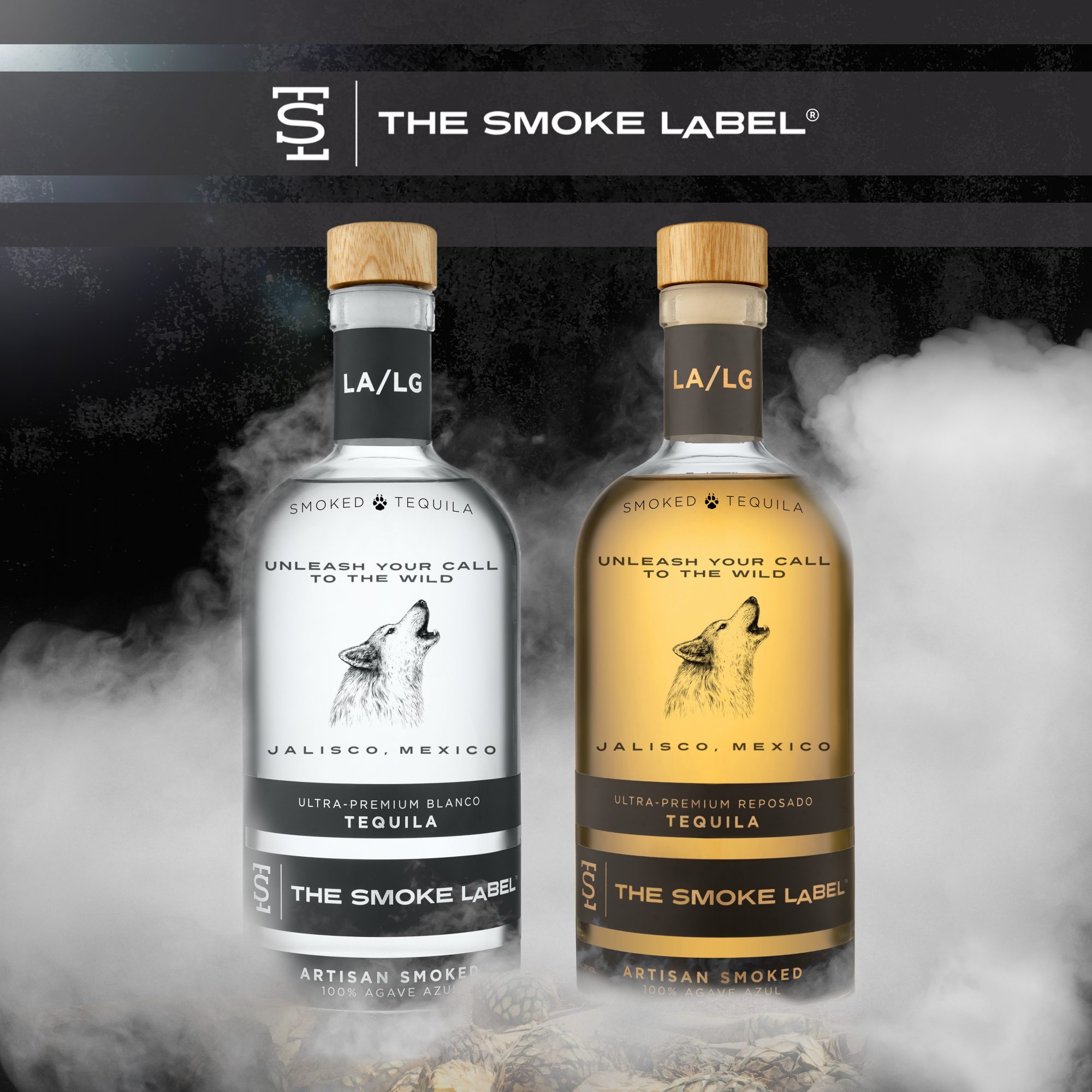 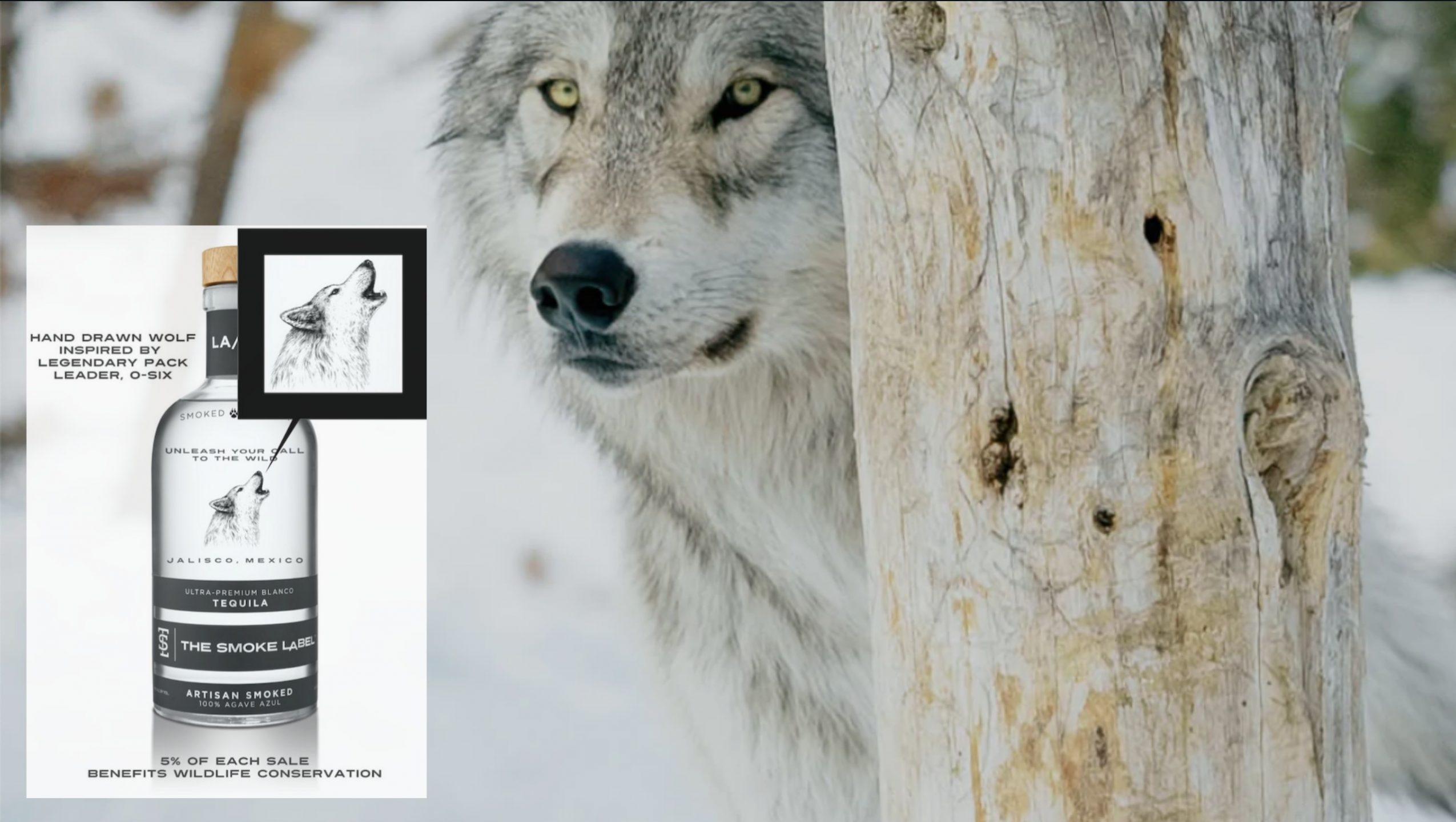 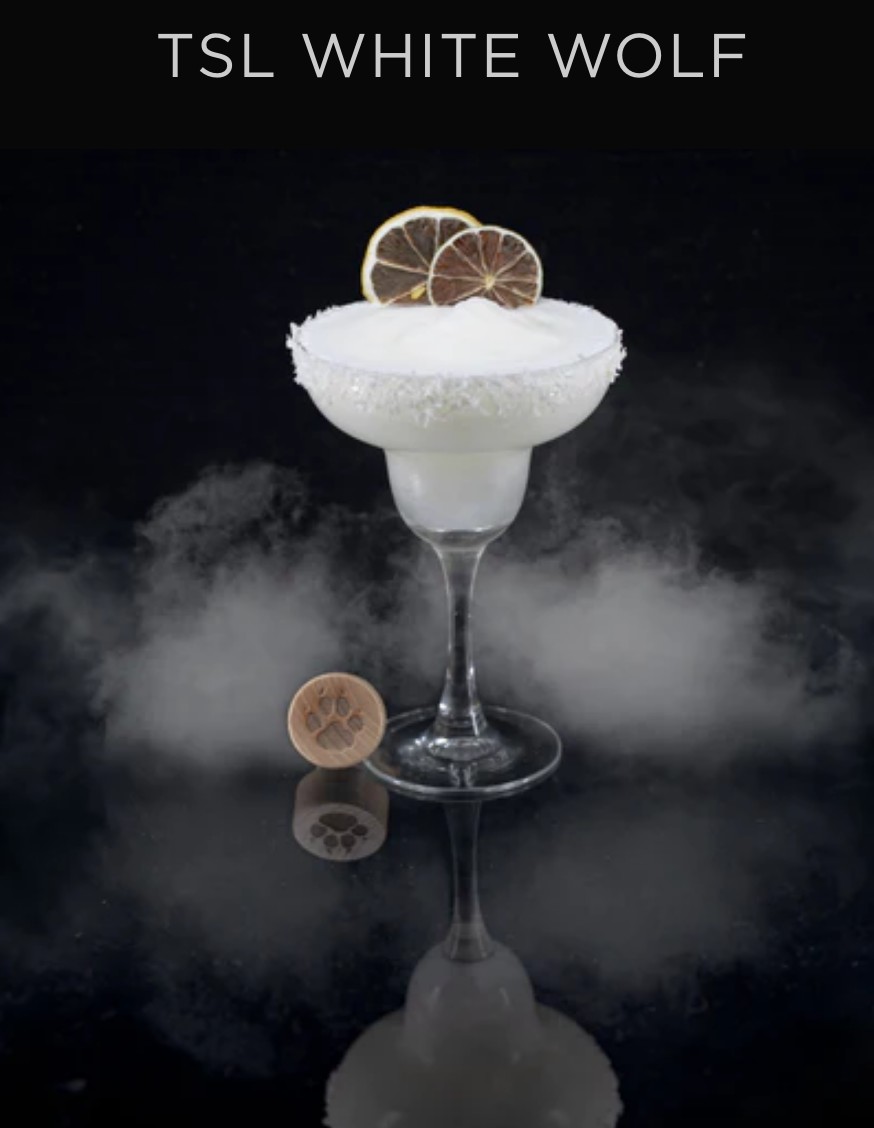