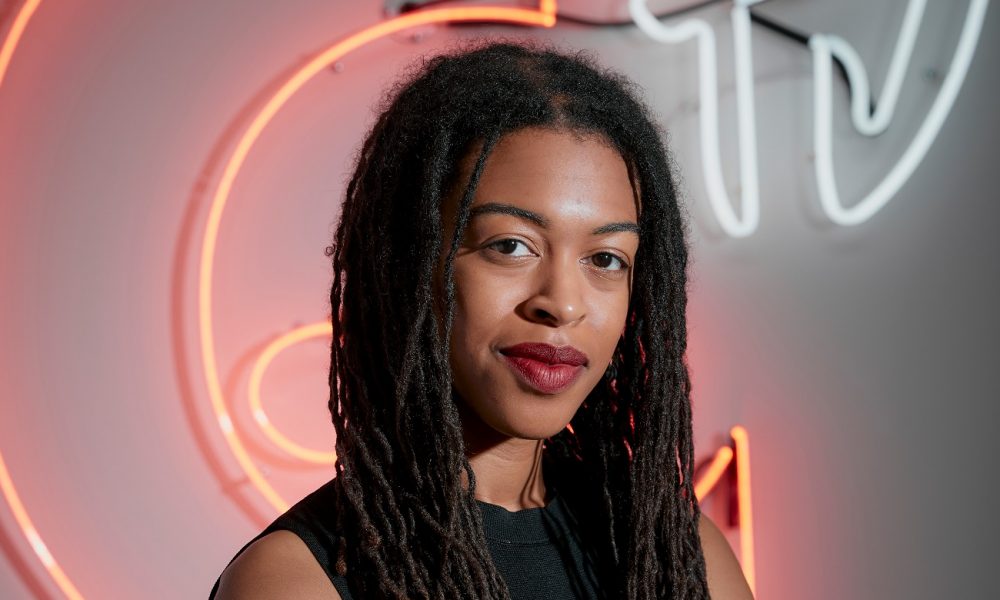 Today we’d like to introduce you to Jasmine Johnson.

Hi Jasmine, thanks for sharing your story with us. To start, maybe you can tell our readers some of your backstory.
I’m originally from Maryland, a state known for being at the epicenter of the film and television industry! Just kidding…obviously (I love the DMV nonetheless). I made the decision to major in film because I loved reading stories, and I loved telling stories. And film and television was the main way I saw people consuming stories. I wanted to use the medium to show stories centered around people I didn’t normally see at the center of the narrative, those people who looked like me. When I graduated with a film degree, I still didn’t have a clear idea of what it was I wanted to do with my career. I knew I probably couldn’t stay in Maryland because of the lack of opportunities (in narrative film and television). So I decided to move out to LA, only having briefly visited the city once. Once out here, it was a crash course in all the different ways and all the opportunities there are to work within the industry. I started out in talent management, something I hadn’t known anything about before coming to LA, and then eventually made my way to development. I started out as an assistant then became a junior executive until working my way into producing genre television as a senior level executive at my current company, Crypt TV.

I’m sure you wouldn’t say it’s been obstacle free, but so far would you say the journey have been a fairly smooth road?
Is there such a thing as a smooth road?! No one gave me those directions! Trying to get your feet off the ground in any career is hard, but since I can only speak to an entertainment career, I can tell you it’s no walk in the park – at least for myself it wasn’t. I had no direct line whatsoever to an industry that can sometimes seem to value connections and nepotism over hard work. It’s an unfortunate reality of the business but not something insurmountable to overcome. Except for the connections part. You need connections, but it’s not impossible to make your own! I had to work unpaid internships and eventually jobs where I made less than $500 a week…in Los Angeles! Give that a try for just a couple of months and let me know if that’s not a struggle. I certainly wish I’d only had to do that for just a few months (or not at all!). It can be hard to figure out how to chart a path in an industry where there’s no clear path to success. But that’s one of the great things about this business. It’s not a sprint, it’s a marathon. And one where there are a variety of different routes to end up where you want to go.

As you know, we’re big fans of you and your work. For our readers who might not be as familiar what can you tell them about what you do?
I’m a producer and development executive. I work with writers and directors to help bring ideas to life. At this point in time, I particularly specialize in creating genre content, especially for Gen Z and Millennial audiences. What sets me apart is also what has, at times, “othered” me. My experiences being black, being a woman, being queer, growing up a voracious reader and beinga quiet girl in a world that values the boisterousall serve to color out a very distinct perspective. These things that make me different also serve as my superpower because I’m uniquely myself, so you can’t get anyone else who’s going to approach and develop content in the same way that I would! You can check out some of the dozens of short films I’ve developed and produced on Crypt TV’s Youtube page, plus my work on the Crypt TV and Facebook Watch series STEREOSCOPE and MIRA MIRA (available on Facebook Watch) as well as Peacock and Crypt TV’s series THE GIRL IN THE WOODS (now available to stream on Peacock).

Alright so before we go can you talk to us a bit about how people can work with you, collaborate with you or support you?
Watch, watch, watch! Keep reminding people that the want and need for genre content is alive and well (especially content that features marginalized individuals at the center)! 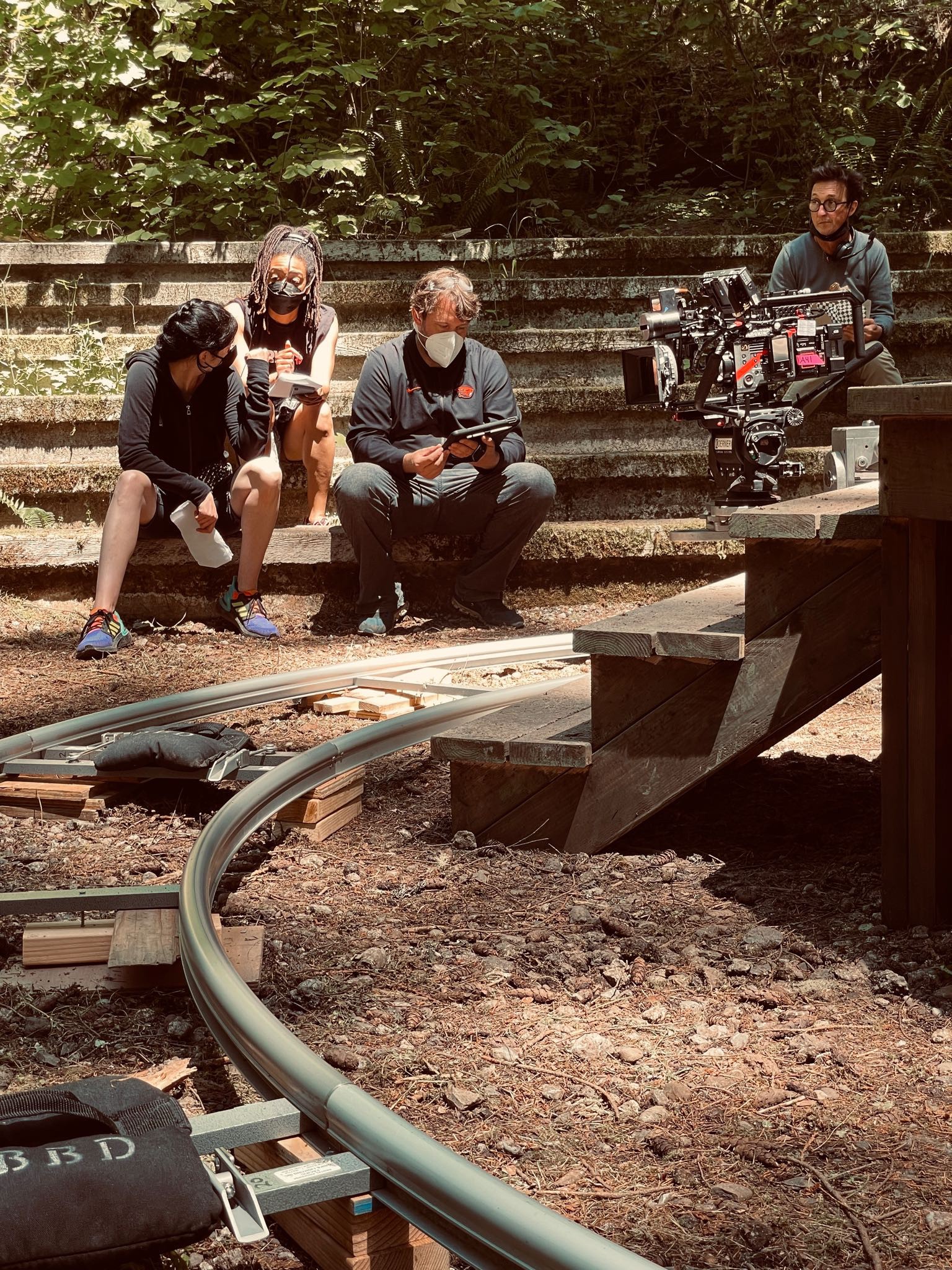 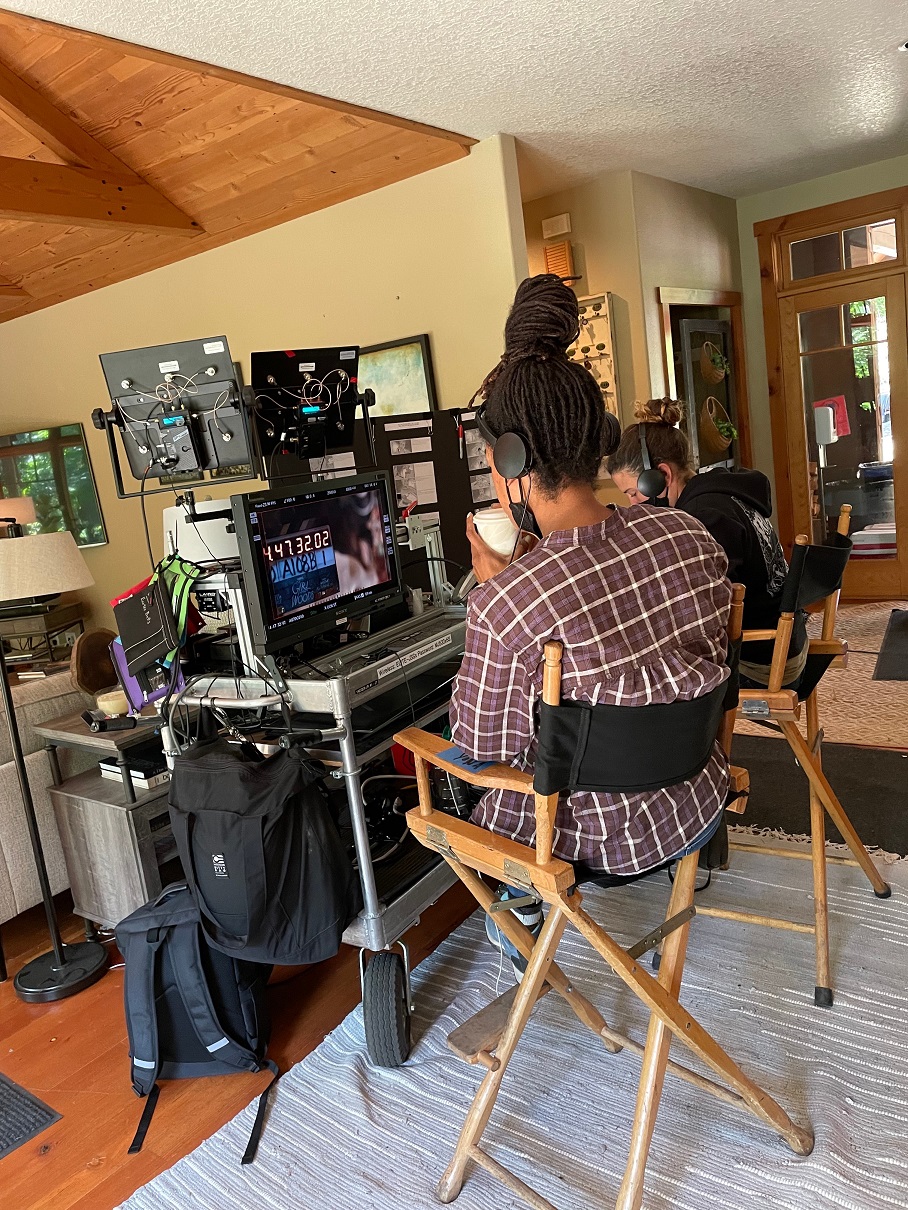