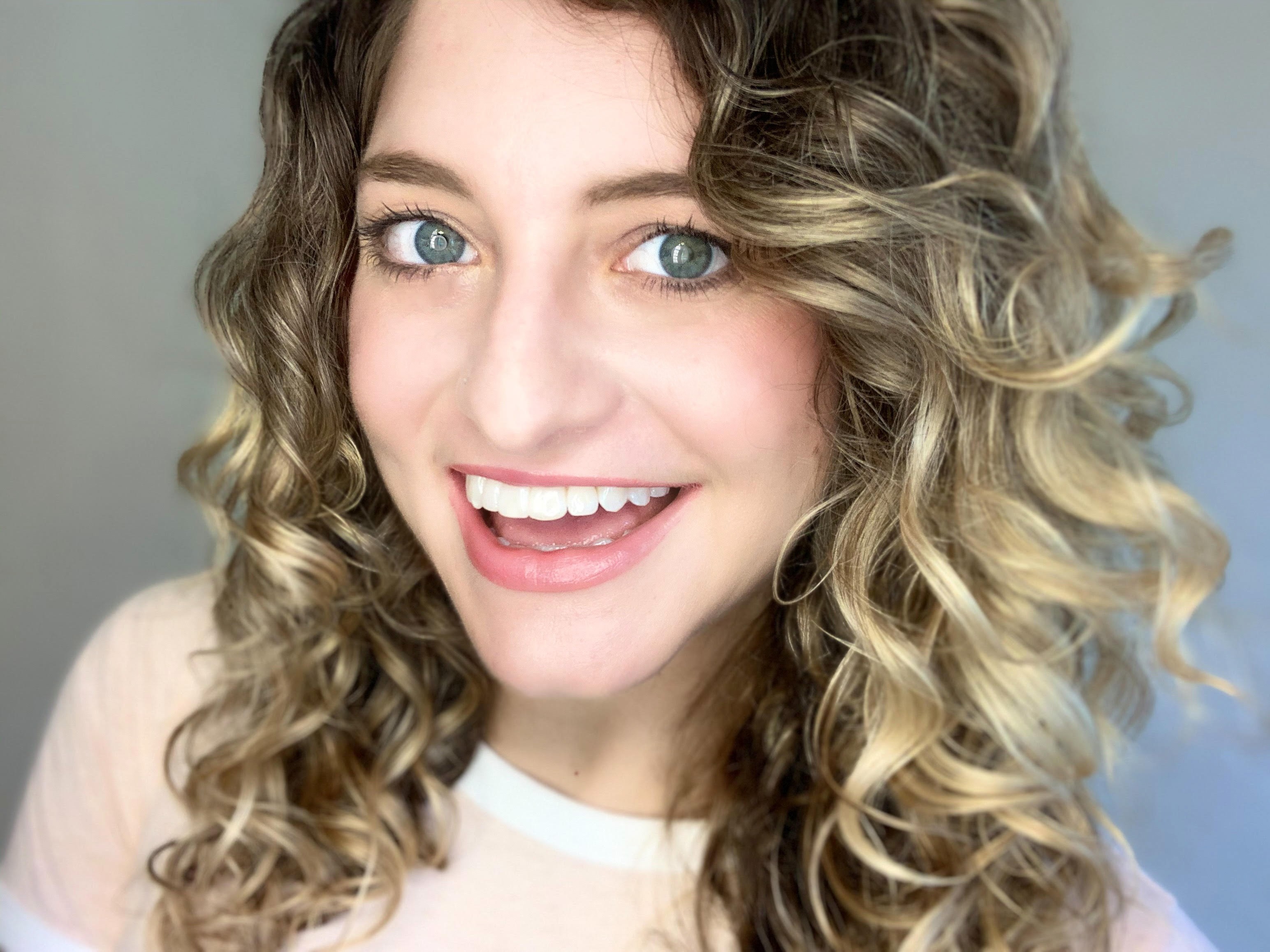 Today we’d like to introduce you to Geri Courtney-Austein.

Hi Geri, so excited to have you on the platform. So before we get into questions about your work-life, maybe you can bring our readers up to speed on your story and how you got to where you are today?
I have always had a deep love for storytelling and comedy. I grew up idolizing Lucille Ball, Kathryn Hepburn, Cary Grant, Julia Roberts and so many other hysterical and moving shows and artists. I performed from the earliest age – elaborate dance numbers in my living room, I wrote and performed short plays in school, sang at the top of my lungs whenever anyone would let me. I performed in every high school play I could and immersed myself in as much theater as possible. In college, I decided to broaden my horizons and majored in theoretical mathematics (woah, I know) with minors in Spanish, sociology, and global health and science. I was pre-med, pre-law, pre-everything! I absolutely loved (and still love) learning. My senior year, however, I realized I would rather play a doctor or a lawyer on TV than be one in real life and decided to pursue acting full time.

I moved to Los Angeles in the fall of 2012 to study at the Art of Acting Studio’s conservatory acting program. It was an intense and fantastic introduction to the city and helped me gain a true understanding and appreciation for the craft and the artform. From there, I found a home at Anthony Meindl’s Actor Workshop and the Groundlings. My love for storytelling and creating really flourished in both environments. I became incredibly passionate about creating my own work so I started by producing, directing and co-writing a live monthly sketch comedy show called the Unsupervised Sketch Show that ran for a year. I also started a comedy duo called James Blondes with Melanie Leeann Miller – a riotous digital action-comedy series about the twin daughters of James Bond. We created over twenty-five sketches and shorts featuring amazing actors like Robert Carradine (Lizzie McGuire), Julie Lake (Orange is the New Black), Whitney Rice (The Last Tycoon) and so many more! I have to say working on James Blondes was some of the most exhilarating and incredible moments of my career thus far. I learned so incredibly much and loved the journey of creating something from beginning to end. No stunt was too big, no idea too grand! After James Blondes, I was called to work on something more grounded and focused on telling other’s stories.

After a very intense and destabilizing breakup, I got very curious about how others dated, loved, connected and shared intimacy. So I did the natural LA thing and started a podcast called Finding My Yum with my talented friend Will Lentz! Working on this podcast has truly changed my life. We bring on guests from all different backgrounds to celebrate what they’re into and talk honestly and openly about their journeys. I am a huge advocate for sexual liberation and for talking honestly and openly about desires, kinks and lifestyles. It has become a platform to talk about current social issues and chat with professionals about body autonomy, sexual health, policy change and so much more! It is always evolving and I am SO grateful to be on the ride. Along with producing my own content, I have had the privilege to work on some amazing shows and features! I’ve had roles on Scream Queens (FOX), Atypical (Netflix), This Close (Sundance Now), the film Hard Luck Love Song starring Sophia Bush and Michael Dorman, and most recently the award-winning show Better Call Saul (AMC). I also just finished working on an incredibly exciting animated project that I can’t wait to share more details about soon!

Would you say it’s been a smooth road, and if not what are some of the biggest challenges you’ve faced along the way?
Holy moly, it has not been an easy ride! Does that even exist (as I gesture to the state of the ENTIRE world sitting in my PJs conversing over zoom)! Ha. It has honestly been quite a struggle but I am grateful for every hardship and moment of doubt I’ve had because it has made me so much stronger and so much more committed to my dreams. I grew up primarily with my hardworking single mom and that shaped a lot of my life. Having a strong, independent female role model was incredibly empowering and really showed me I could accomplish anything I set my mind to. I was very priveleged growing up and so when I was financially cut off in the middle of my senior year of college it was quite a pivotal moment for me. Looking back, it was the best gift I could have ever been given (although I didn’t see it at the time). I worked throughout college, but this forced me to get three jobs and hustle to finish school and save enough money to eventually move to Los Angeles. I quickly learned what hard work really meant, the value of a dollar, how to independently support myself emotionally and financially, and what I was capable of creating when I put my mind to something.

Since moving to LA in 2012, I have had over two dozen jobs, sometimes five different jobs at once! I’ve worked in sales, as a test contestant for game shows, a math tutor and every job imaginable within the restaurant industry. I have been dropped by agents and managers (multiple times), had my heart broken and made many, many mistakes. Oh and LOTS of parking tickets! However, each setback, each hardship was an invaluable lesson that really taught me to treasure the journey, focus on the present and believe in myself 1,000%. It is a daily grind, but through my relentless persistence, building relationships and just doing the work, so many exciting opportunities have come my way! 2020 was a struggle bus to the max, but it also brought me closer to fully living my dream as a working artist and really showed me what I’m capable of doing when I fully commit, take a breath and dive in headfirst.

As you know, we’re big fans of you and your work. For our readers who might not be as familiar what can you tell them about what you do?
I love storytelling with every ounce of my being and 2020 really helped me focus on projects that are truly fulfilling and incredibly impactful. As I mentioned earlier, my podcast Finding My Yum, has been remarkably transformative. I have learned more about my own sexuality and pleasure by celebrating and learning about others. I truly believe the more we talk about “taboo” concepts openly and honestly, the happier, healthier and more fulfilled we will become as a society. Oppression and silence breeds fear, anger and hatred and encourages us to look at people as “other” when we are so unbelievably similar. I have had the pleasure of interviewing celebrities like Chaz Bono and Kai Wes about their public and inspiring stories to sex workers to celibate authors to sexperts to reproductive psychiatrists and pelvic floor physical therapists. Our goal is to educate our listeners, open their minds to something new, alleviate shame for something they might be interested in, and spread awareness about consent, reproductive rights, sex worker rights and so much more. As Brené Brown says, “when we share our story with someone who responds with empathy and understanding, shame cannot survive”. I strive to be that person. I have been truly changed and humbled by each guest’s journey and I cannot wait to share so many more amazing episodes.

I am also producing an inspiring film called Lineage – a 1930s-era short film exploring family, women’s reproductive rights and the power of a young girl to change everything. This film is based on my good friend Michelle West’s family history and deals with abortion during the great depression and ancestral trauma. It is a powerful story and I’m thrilled to report we successfully met our funding goal in 2020 and will start filming later this year!

Additionally, I have several projects in the works I cannot speak much about yet! I finished working on my first major animated project and I couldn’t be more thrilled. I will also be playing the role of Medea in an upcoming theatrical adaptation of the classic Greek mythology, Medea. There is so much more to come, I can’t wait to see what the rest of 2021 has in store. If you would like to check out my podcast, we release new episodes every Thursday and can be listened to on Spotify, Apple or wherever you listen to podcasts! And now you can check us out on YouTube as well!

Can you share something surprising about yourself?
Oh man, I hope so many things! Well, I am an adrenaline junky and adventurer to my core. I absolutely love traveling and have been to almost twenty countries. I have been bungee jumping and jet boating in New Zealand, skydiving in Arizona, hiked the Inca trail to Machu Picchu in Peru, snorkeling in Thailand, visited the Wailing Wall in Jerusalem and marveled at Stone Henge in England. I studied abroad in Spain and am almost fluent in Spanish (although I’m very rusty right now!). And I can touch my tongue to my nose (yes, I am doing it as we speak even though you can’t see it!). 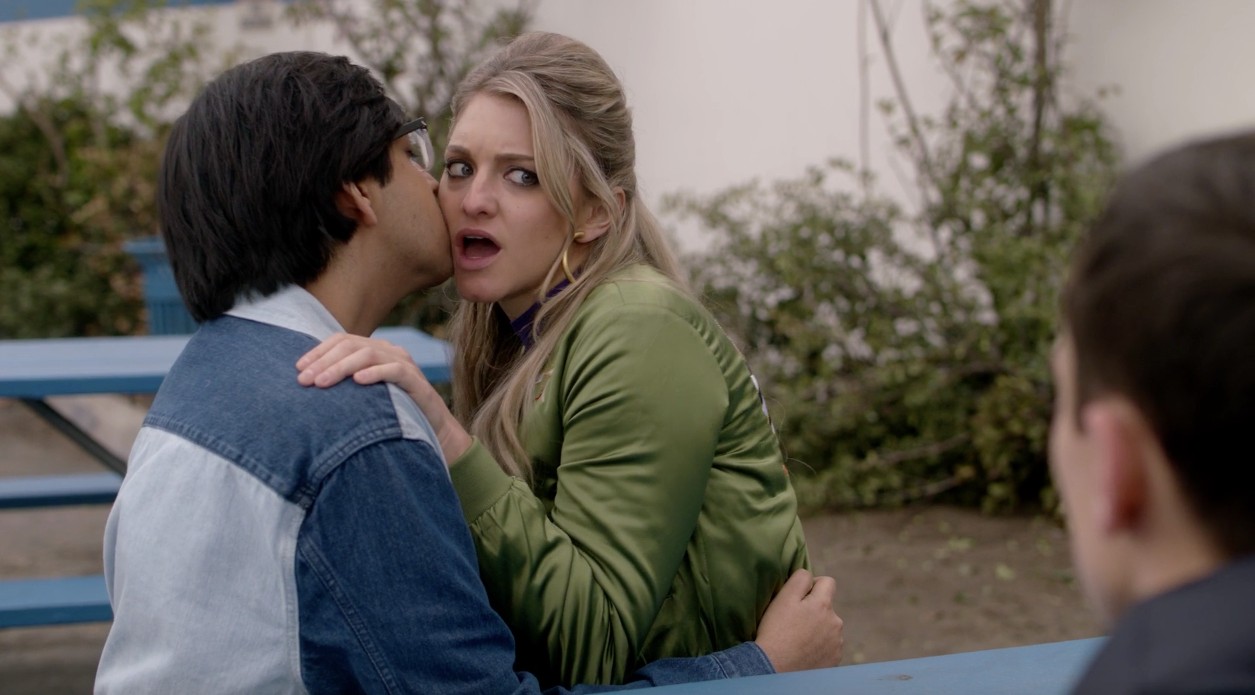 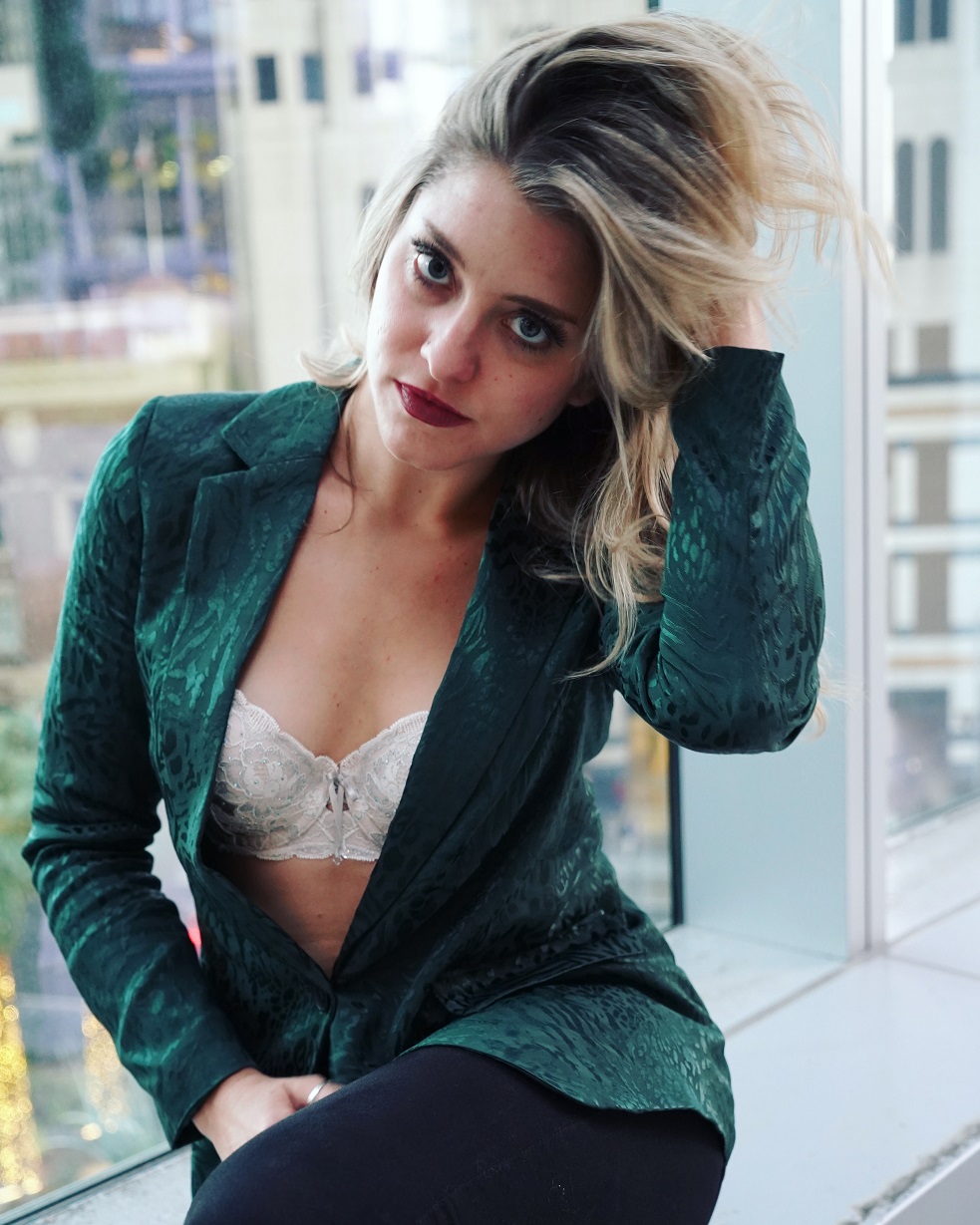 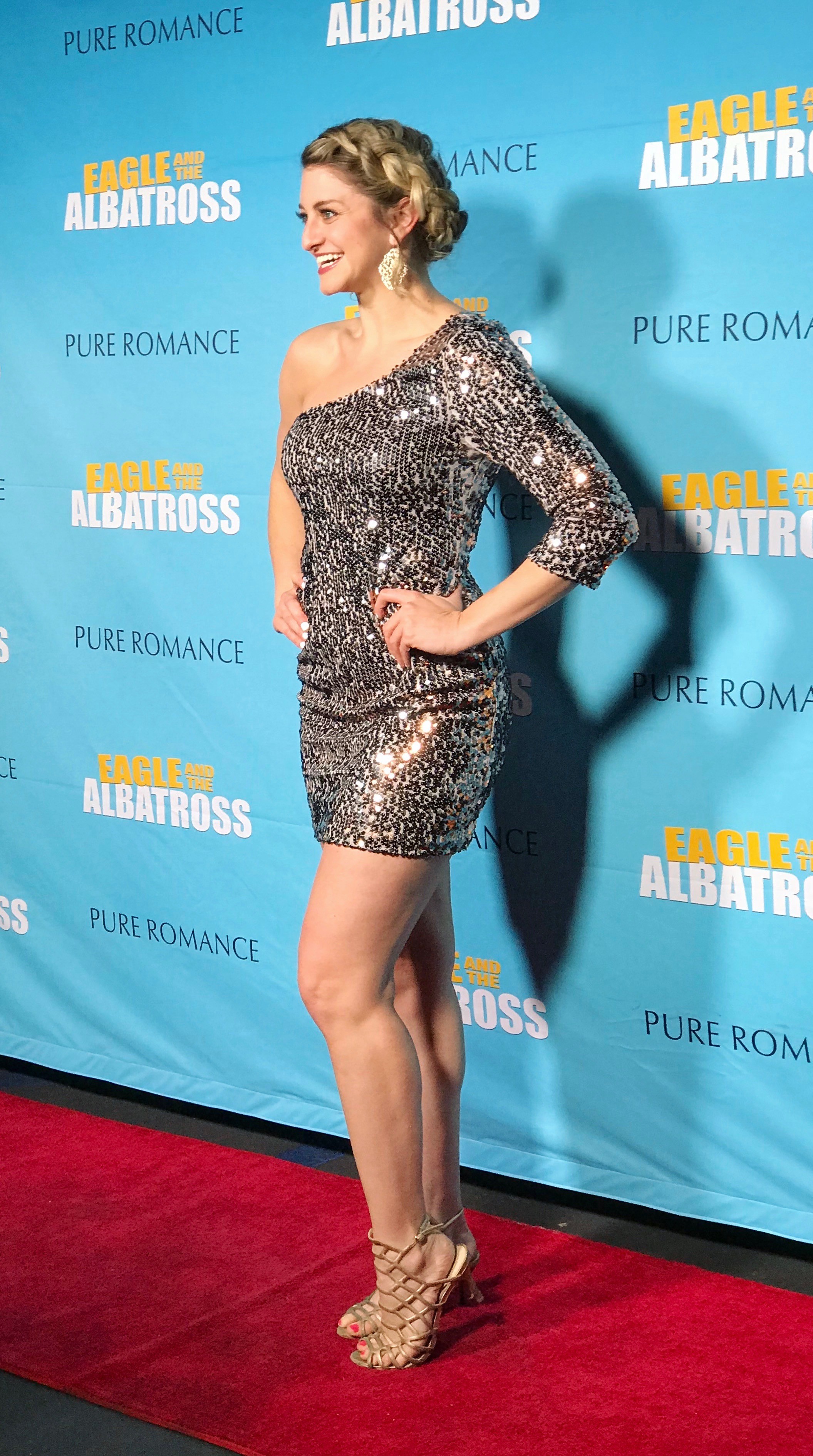 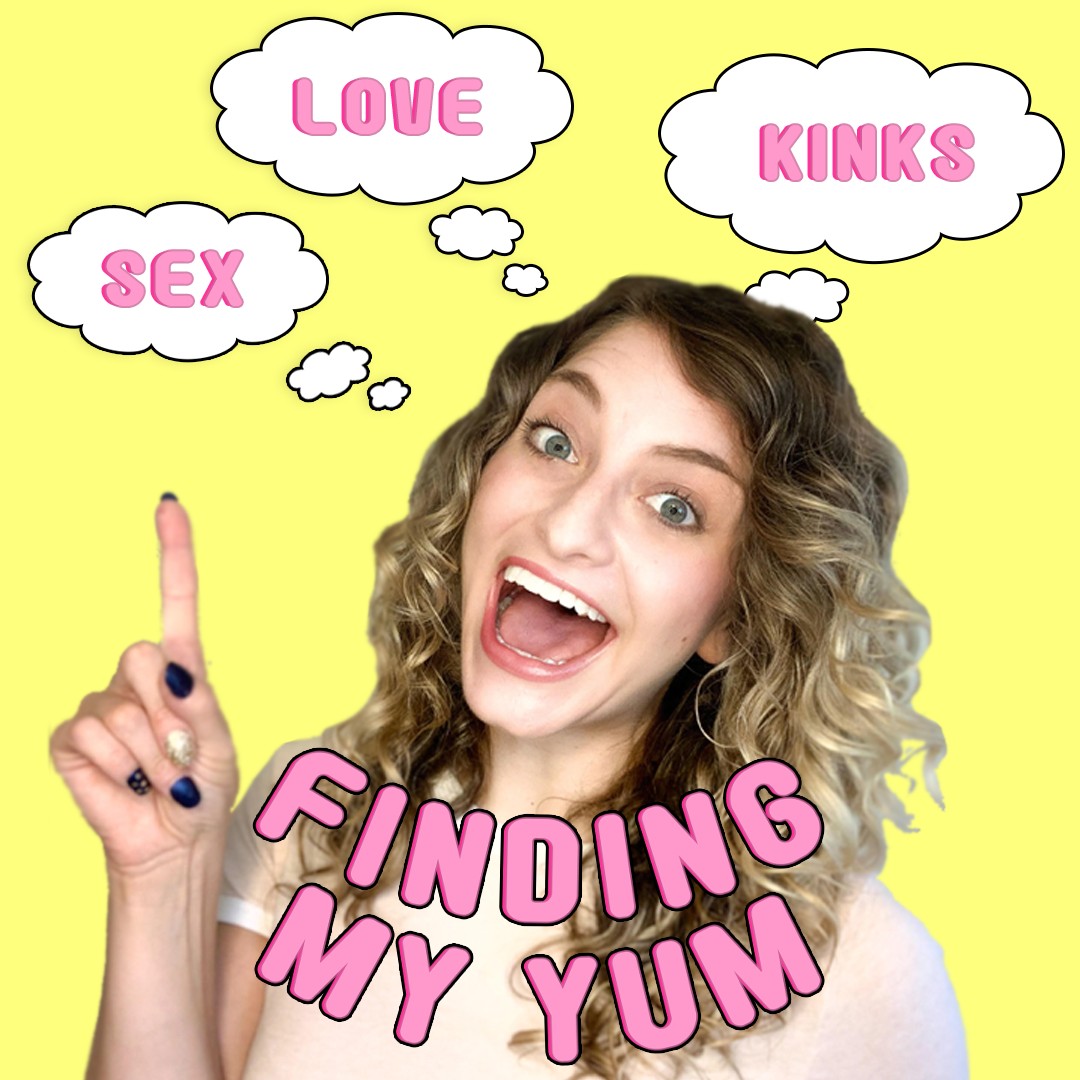 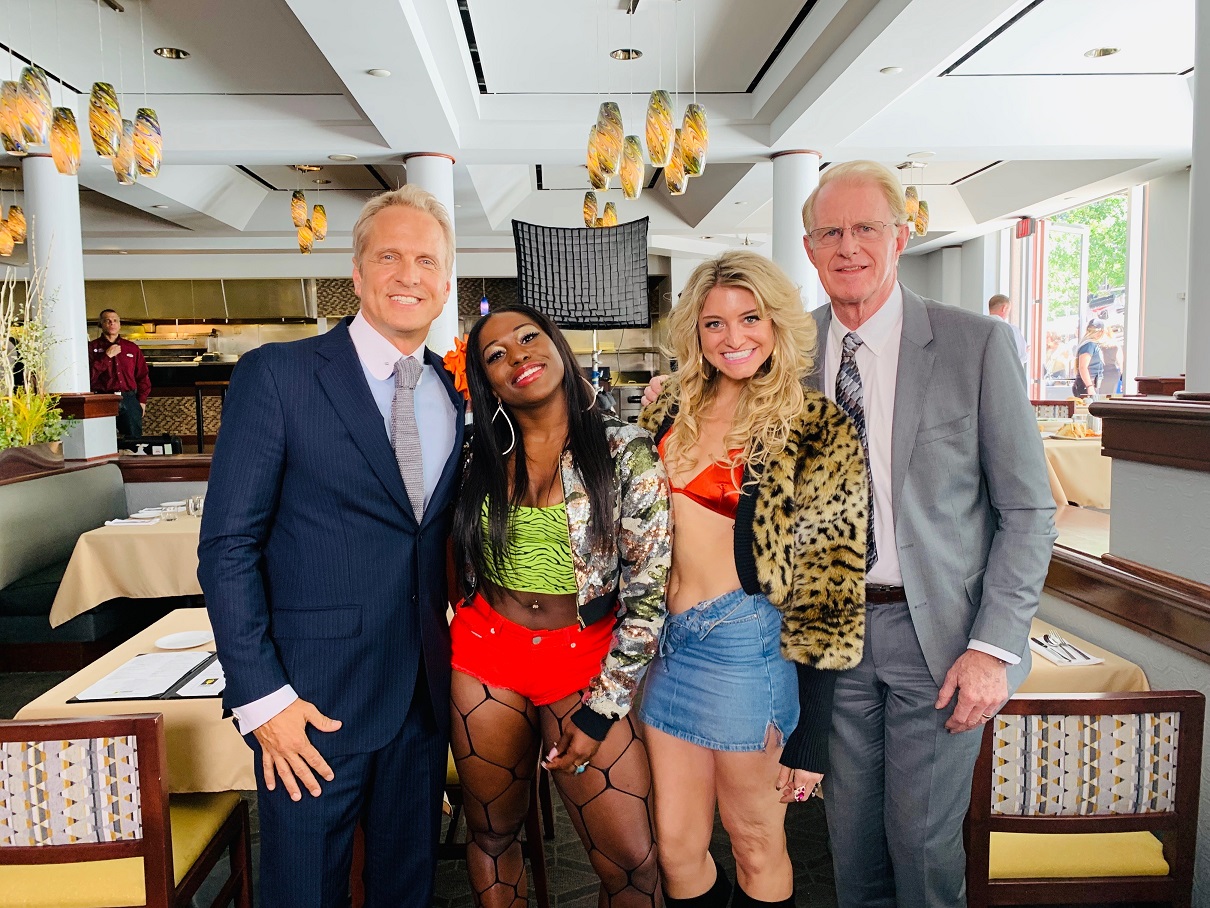 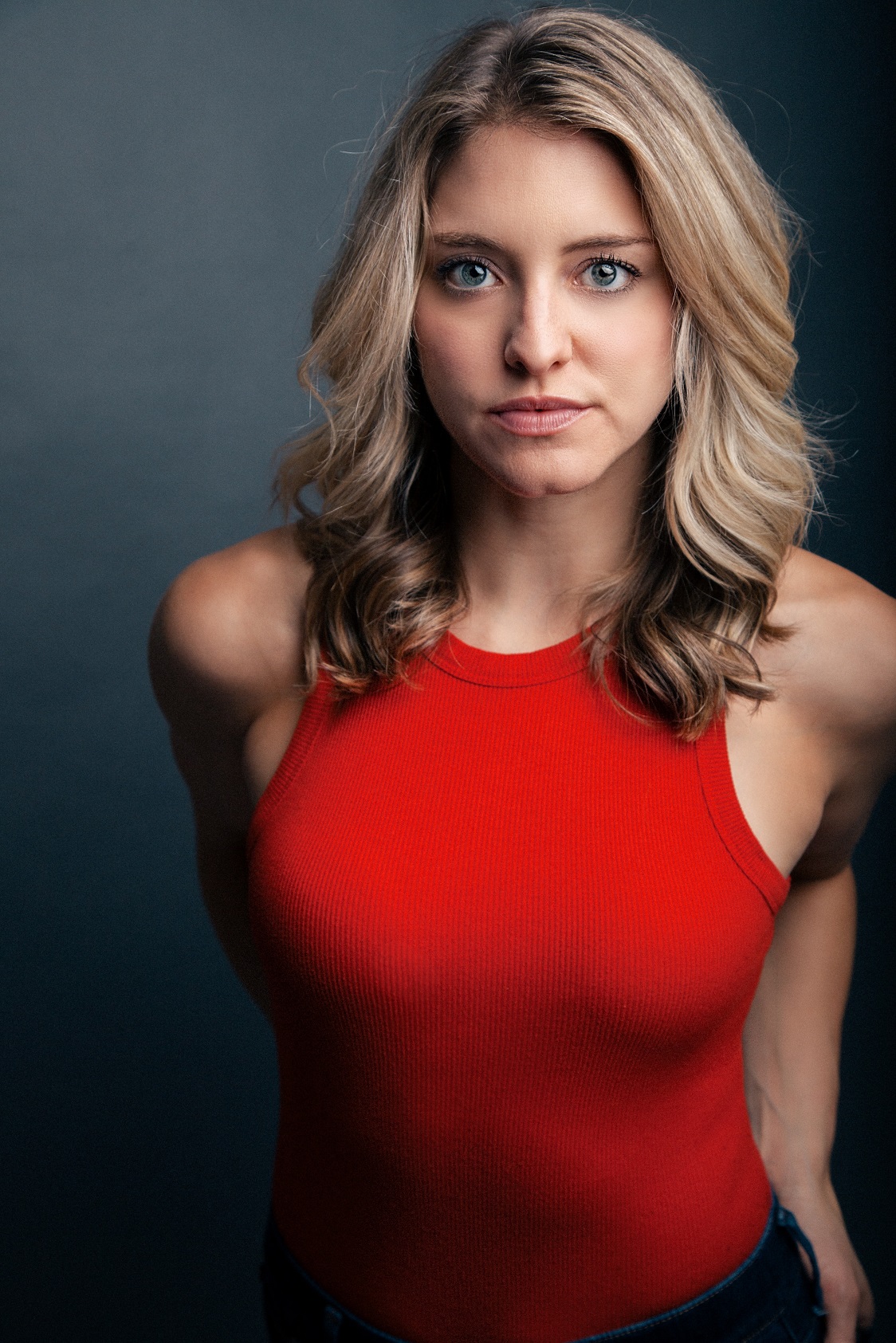 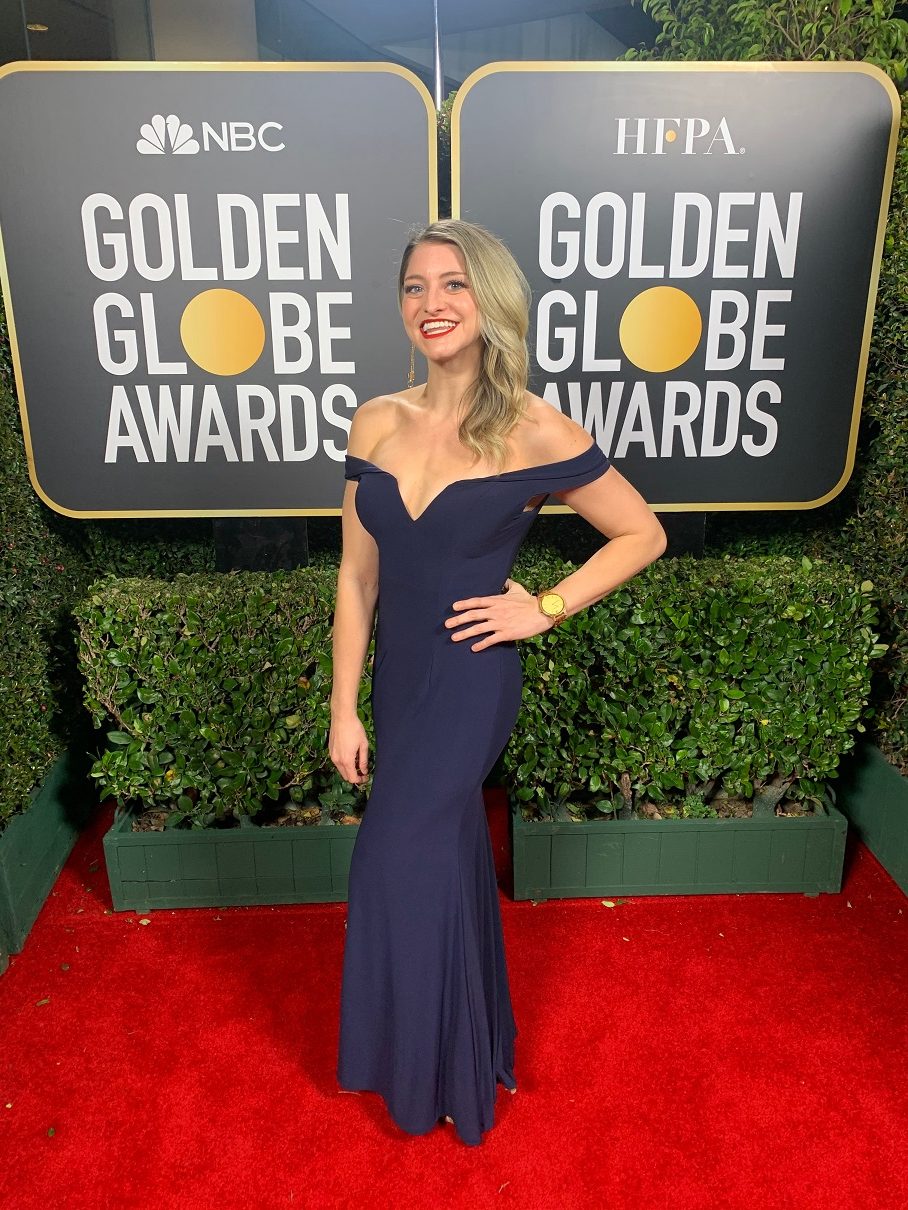