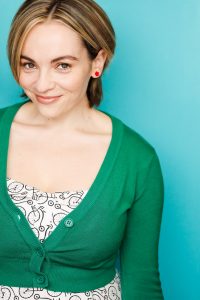 Today we’d like to introduce you to Delilah Kujala.

Hi Delilah, so excited to have you with us today. What can you tell us about your story?
I’ve been performing since I was in the first grade. My father is a professional Flautist who works in movies, TV, and musicals. My mother was a singer, actor and director. From a very young age, I was drawn to music, piano playing, singing, and storytelling.

I was raised in Tehachapi, CA and then later moved to Santa Clarita, CA. There, I delved into the land of Show Choir and Musicals. I continued my love of theater by attending the two years theater conservatory, Pacific Conservatory of The Performing Arts in Santa Maria, CA. Afterward, I spent a year in Chicago at Roosevelt University pursuing a BFA in Musical Theater. Deciding the program wasn’t for me, I moved back to California. I took a year off of school and got involved in some musicals in the central coast theater scene, including the world premiere of an Elton John/Bernie Taupin musical called Tumbleweed Connection. I then attended Cal State Fullerton and received my BFA in the acting program (where I met my future husband). Once I graduated, I focused my efforts on singing. I did musicals like Jacques Brel Is Alive And Well (Costa Mesa Playhouse) and one of my dream roles playing Cathy in The Last 5 Years (Lake Arrowhead Rep). I was fortunate enough to be hired for some singing sessions.

My husband and I moved to Los Angeles six years ago. In LA, I delved into several different acting classes while also producing, writing, and performing in two shows at The Hollywood Fringe Festival (You & I Do, Do You?). I worked on some Industrials (Microsoft, McGraw Hill), TV shows (LMN, ID Network), short films (TBN, AFI), singing sessions, voice over, and musical theater. Most notably, I did four different runs of Shame Of Thrones: The Musical including performances Off Broadway at The Theater Center and San Diego-Comic Con (both in 2017).

The last three years, I’ve dug my feet into the world of voice over. I have worked in commercials, corporate narration, E Learning, audiobooks, promos and some voice Dubbing. At the beginning of quarantine, I was fortunate to book a remote voiceover session with Ring (Amazon) and was very glad to have gotten my home studio setup put together just before the lockdown began. I worked with Globo (Brazillian TV Network) on several English dubbed voice over promos and recorded my first Audiobook from my home recording studio. That process meant spending 150 hours recording, editing, and mixing. It was a huge time commitment but I learned a lot during the process. After a year long search, I signed with The Wayne Agency for Voice Over, Commercial, and Print and I couldn’t be happier!

Alright, so let’s dig a little deeper into the story – has it been an easy path overall and if not, what were the challenges you’ve had to overcome?
It hasn’t been a smooth ride, but I didn’t expect it would be. I’ve experienced working with a director who treated the actors and crew disrespectfully, also I have experienced being hit on by some industry professionals. I’ve gotten on the shortlist for casting directors only to not book the part. While it is disappointing, I am reminded that all the roadblocks are part of the whole journey. Being a member of the Buddhist organization SGI-USA has helped me view all my obstacles and conflicts as fuel to creating the best possible life, one that is not swayed by negativity but instead uses that negativity to create value and benefit from. In SGI, we view obstacles as building blocks and a necessity to undergo transformation on a deeper level. So I value each struggle I have come up against.

Thanks for sharing that. So, maybe next you can tell us a bit more about your work?
My first love is singing. I actually think it is what has made me the actor that I am today. One of my biggest passions is singing and playing piano, mostly Tori Amos and ballads. To me, singing and music are directly connected to my acting and storytelling. It’s just another way of communicating and one I love doing. I think all the qualities of singing and musical theater have naturally led me to the world of voice over and being able to create a story through imagination and voice.

Some singing projects I am very proud of include being a VEVO artist when I was in a band called Altruist, which was the brainchild of my friend Danielle Palmer. Our single “Alive” which was written by Danielle and co written by Abigail Garvin, can be heard on VEVO and Itunes. The song and music video was created to bring awareness to the harmful nature of conversion therapy on the LGBTQ+ community.

I also did some singing sessions for Reggae artists Jack Miller and Peter Dobson, who hired me on my first professional recording gig. You can hear me on the tracks “Ecstasy” and “Hope Road” on their album Hurricane Jack (iTunes).

Musical theater has always been a big part of my life. I am proud to have worked with what started out as Game Of Thrones: The Rock Musical which ran in West Hollywood, followed by Comic Con (2017) and then was renamed Shame Of Thrones: The Rock Musical later that year when we went Off Broadway at The Theater Center. I played Cersei Lannister for the first two runs,  then Catelyn Stark for our Off Broadway run along with a 4th remount of the show which we did at the Whitefire Theater last year. You can hear me sing “The Mad Queen: Cersei’s Lament” on the soundtrack.

In voice over, 2019 was when I booked my first big commercial for Ring (Amazon) and have recorded several other commercials for them since. I worked on three episodes of The Veil: Audio Drama (Apple Podcasts) which was a treat for me as I am a lover of Sci Fi and Horror stories. If you are a fan of The Twilight Zone and Black Mirror and want to be scared just by listening, you should check this podcast out. I’ve also been proud to be a part of the pilot Anime “Phantom Hollow” as the character Adonai. And most recently, I have been working in Voice Dubbing.

I was in a branding/marketing class with the late Sam Christensen, and one of the essence statements we came up with to describe me was, “It’s Like This… If Buddha Married Ethel Merman”. I think this is what people are drawn to and what sets me apart. My ability to bring my voice, wisdom and grounded perspective to the work while also being able to switch on a dime into my whimsical, quirky, sometimes loud, show-tune side. I’ve been known to randomly sing “Somewhere That’s Green” in the voice of Herbert The Pervert” (with that annoying whistled “S”) from Family Guy.

Let’s talk about our city – what do you love? What do you not love?
I dislike the traffic (who doesn’t) and the sometimes prevalent ‘me first’ attitude that comes with. I don’t like the idea that to “make it” in the entertainment industry means you have to look a certain way or have a certain body type. I do see that is starting to shift, but sometimes it’s frustrating when you look at a breakdown and there is a paragraph focused on looks and sizes then after is a short sentence describing who the character is. All that being said, I love how diverse our city is and all the creative people I have met and been able to collaborate with. I love how much opportunity there is. I have truly enjoyed how all the experiences I have had living in Los Angeles in that they have helped me grow, transform and learn to be a better person than I was yesterday. 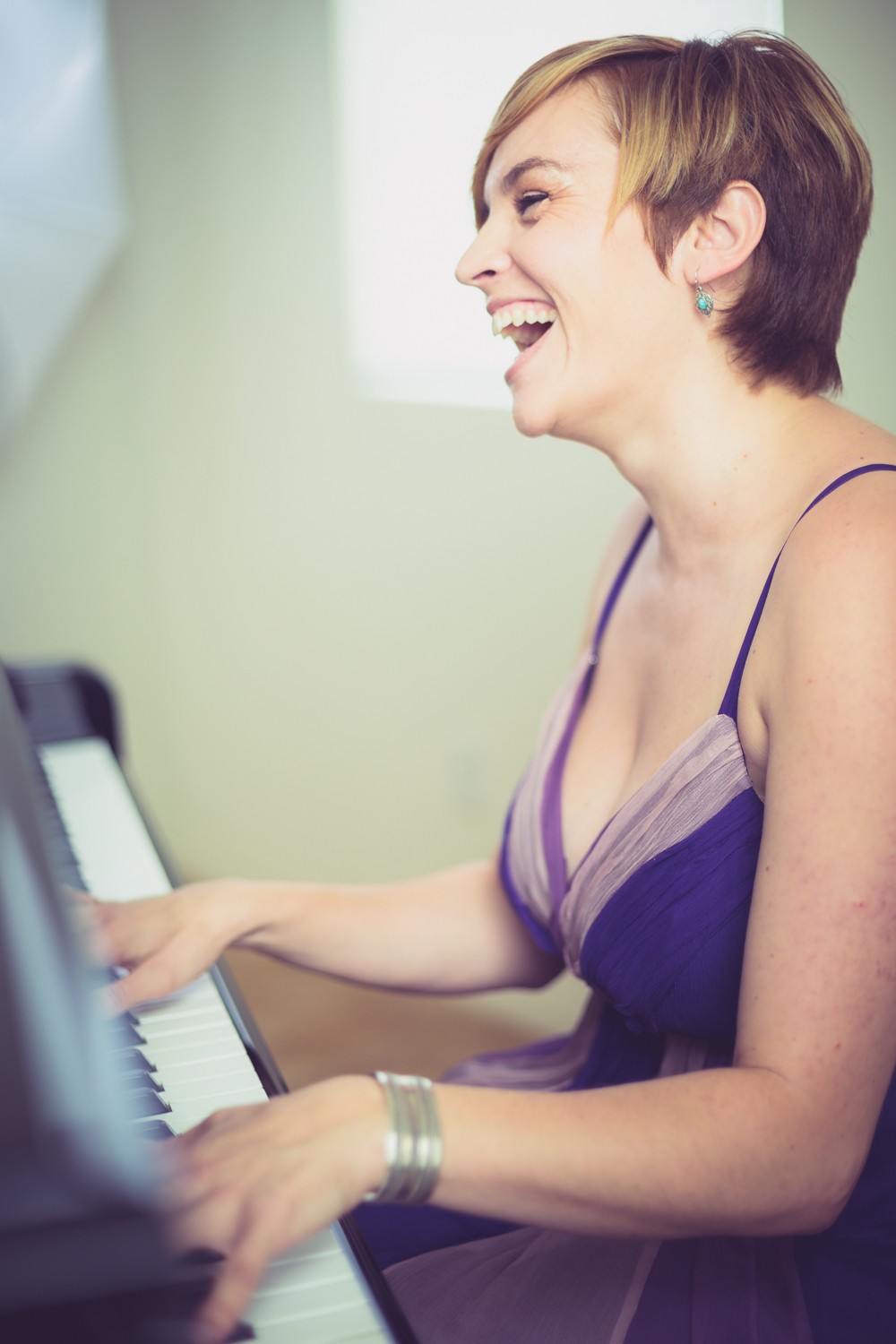 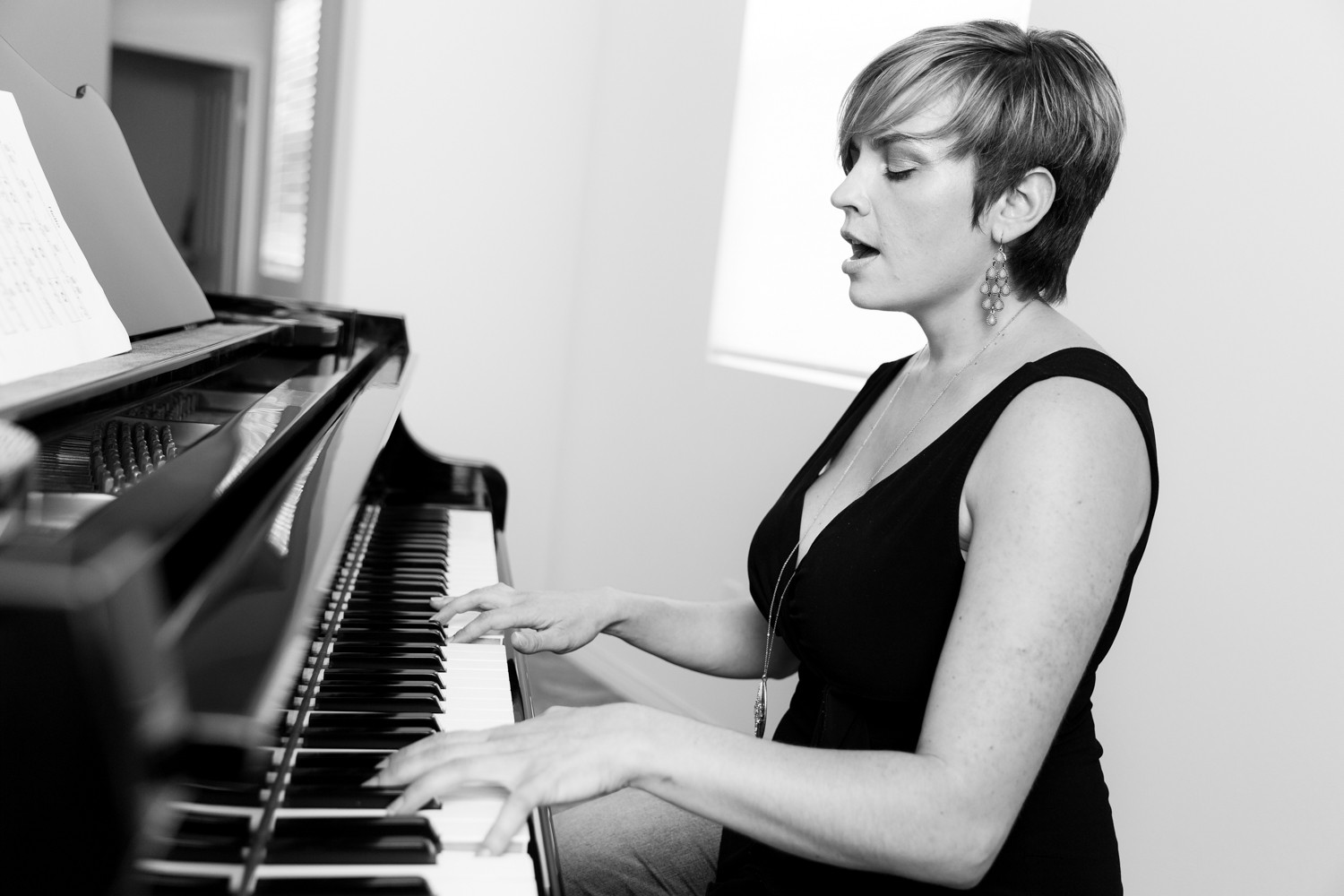 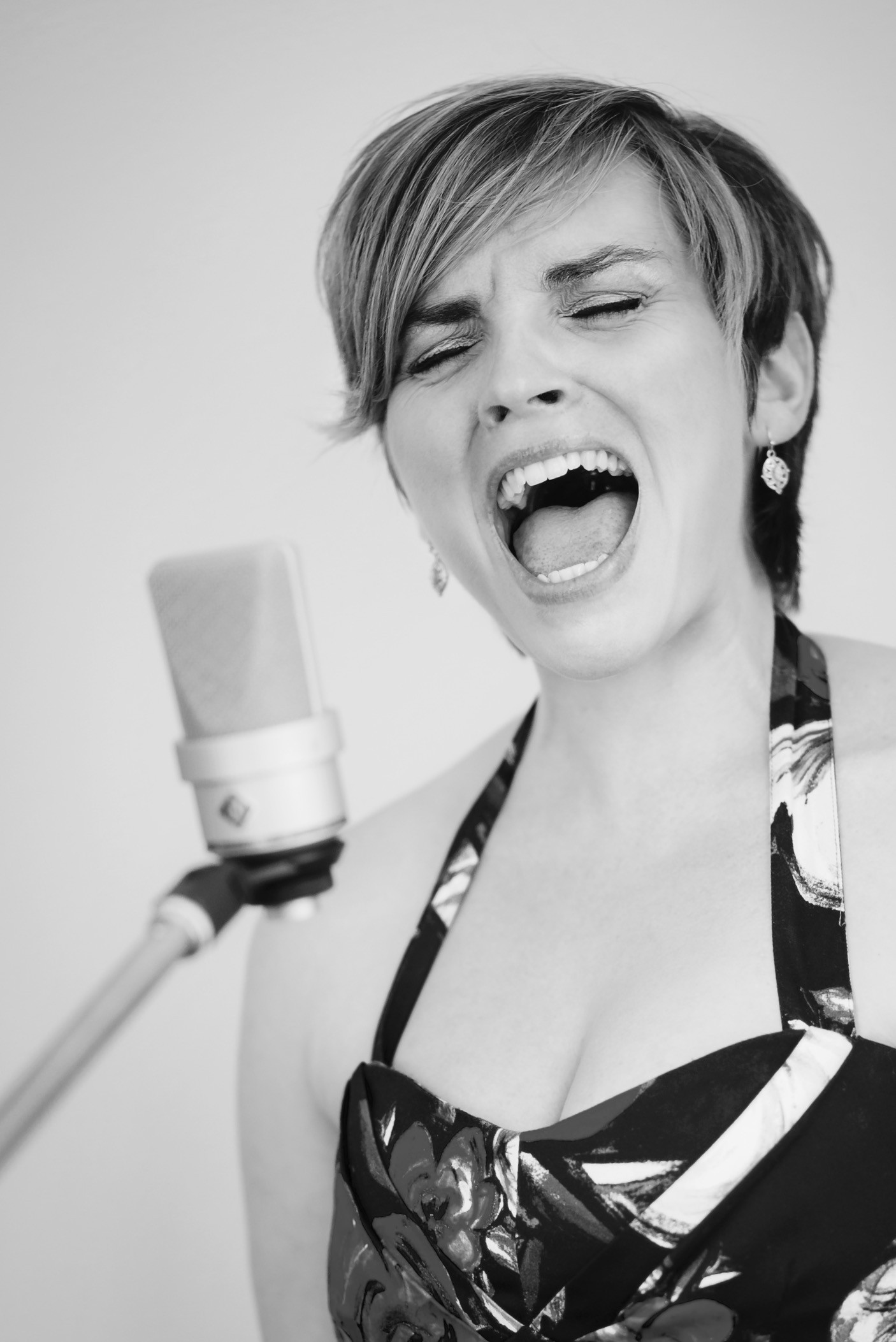 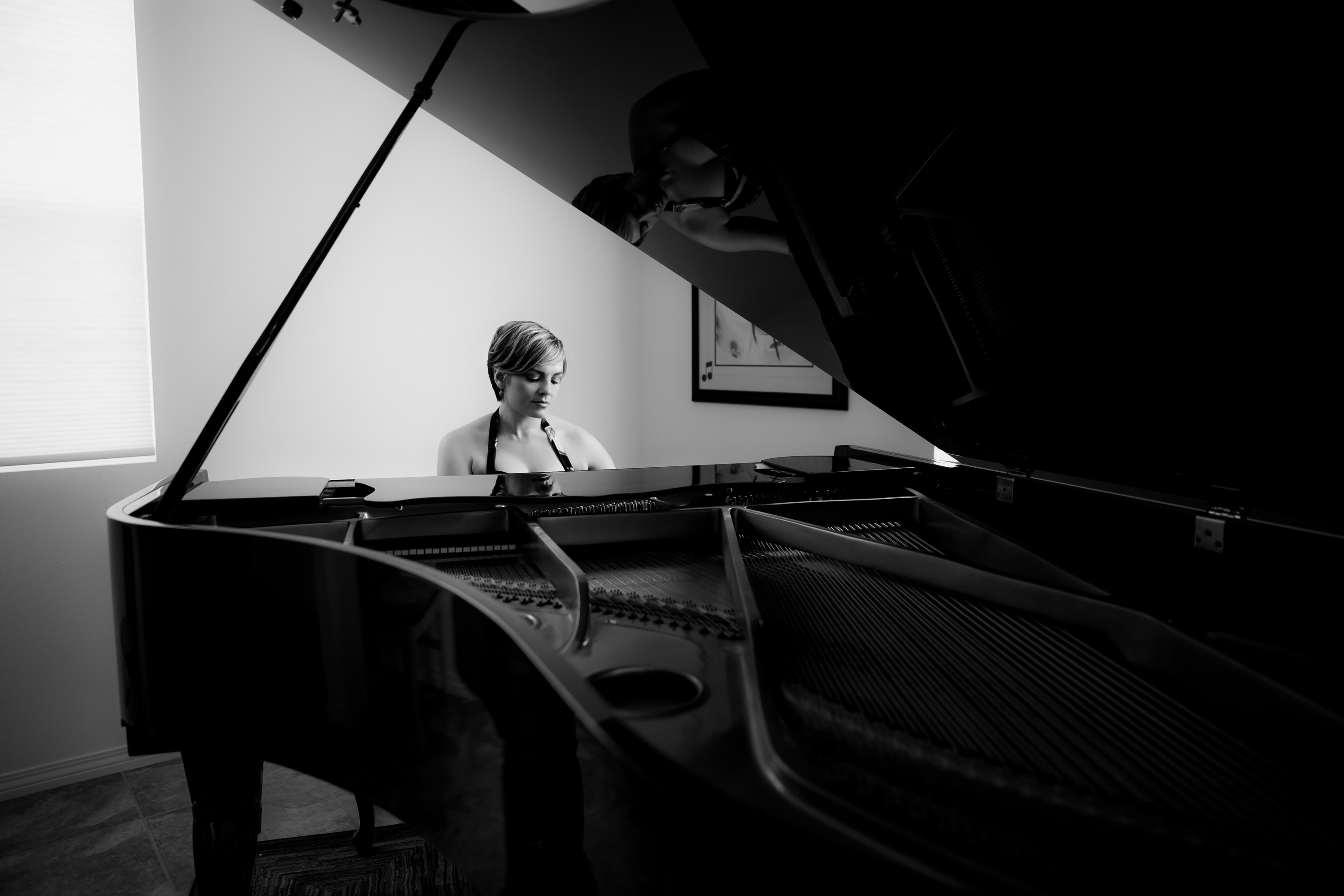 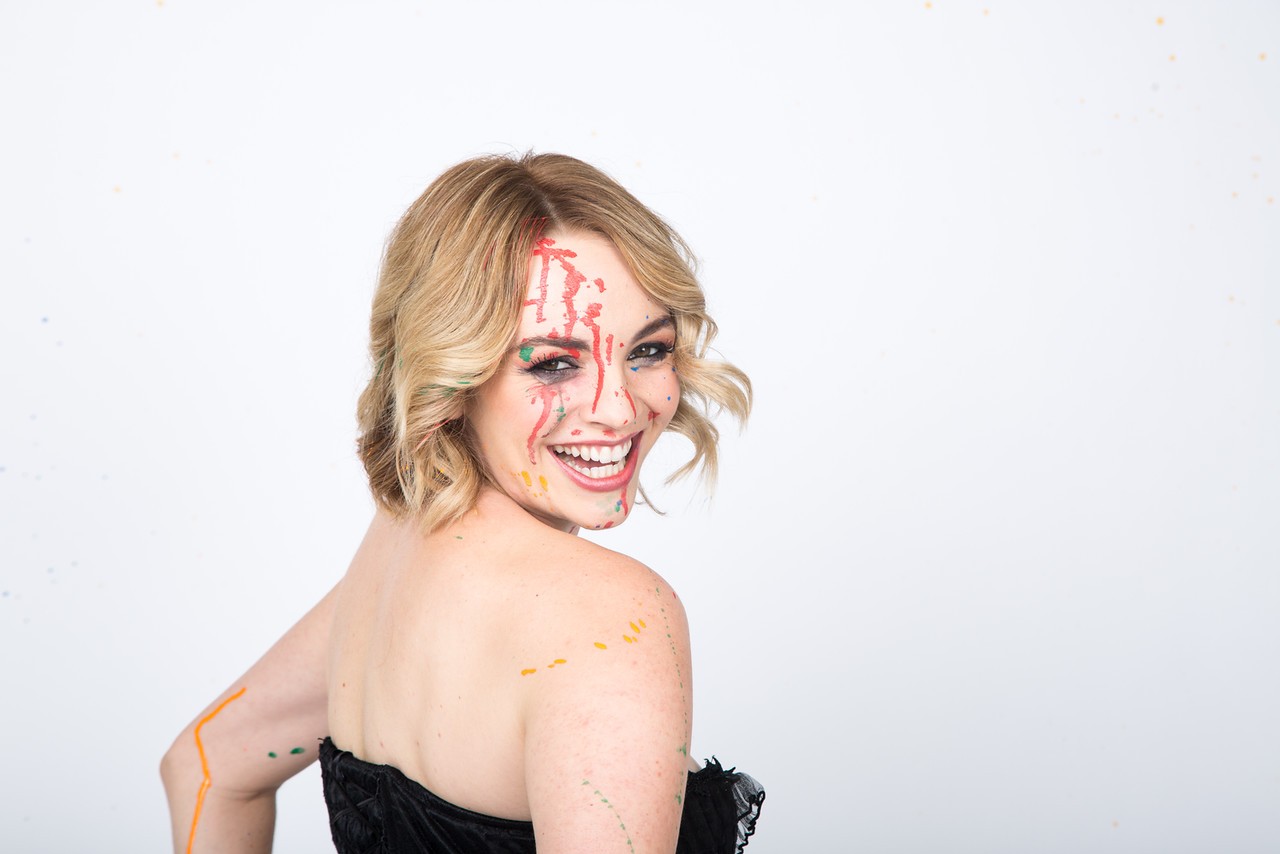 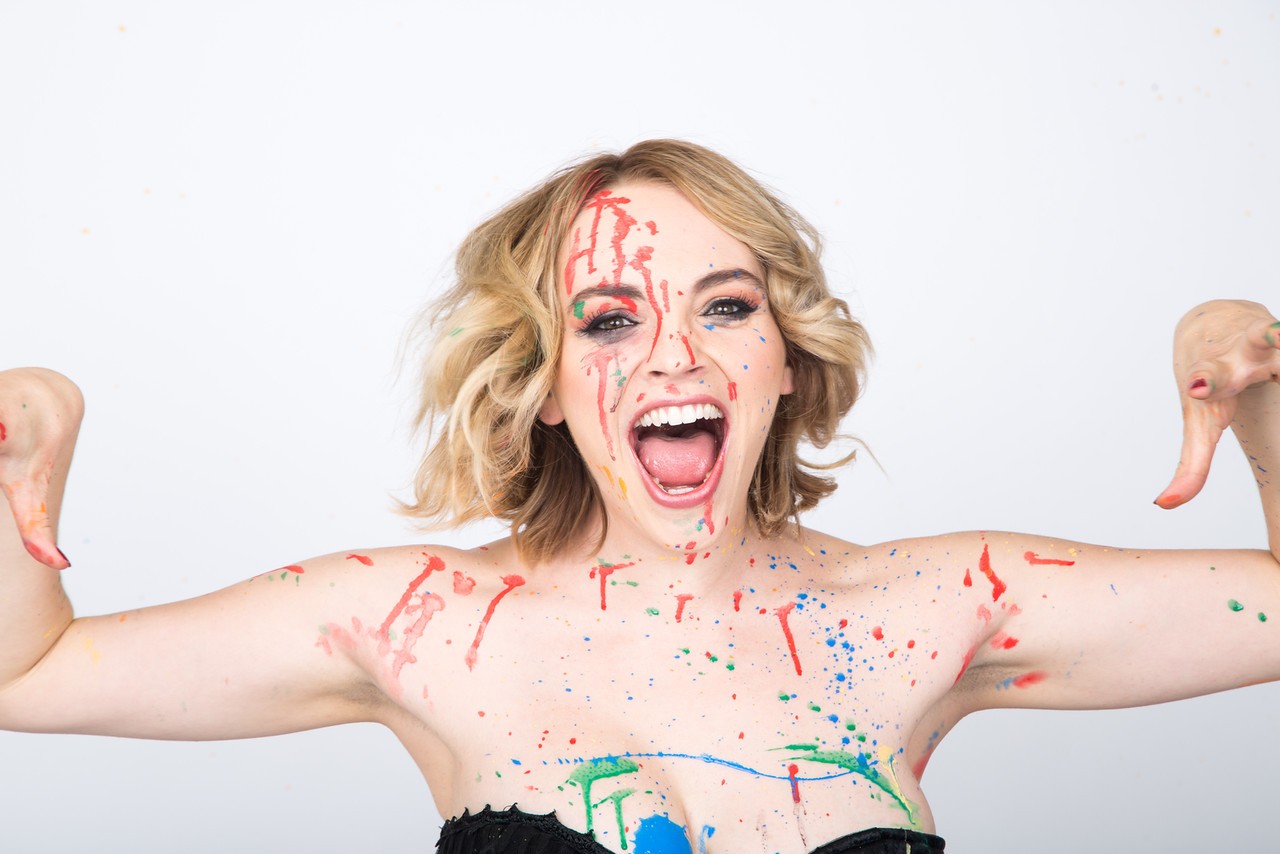 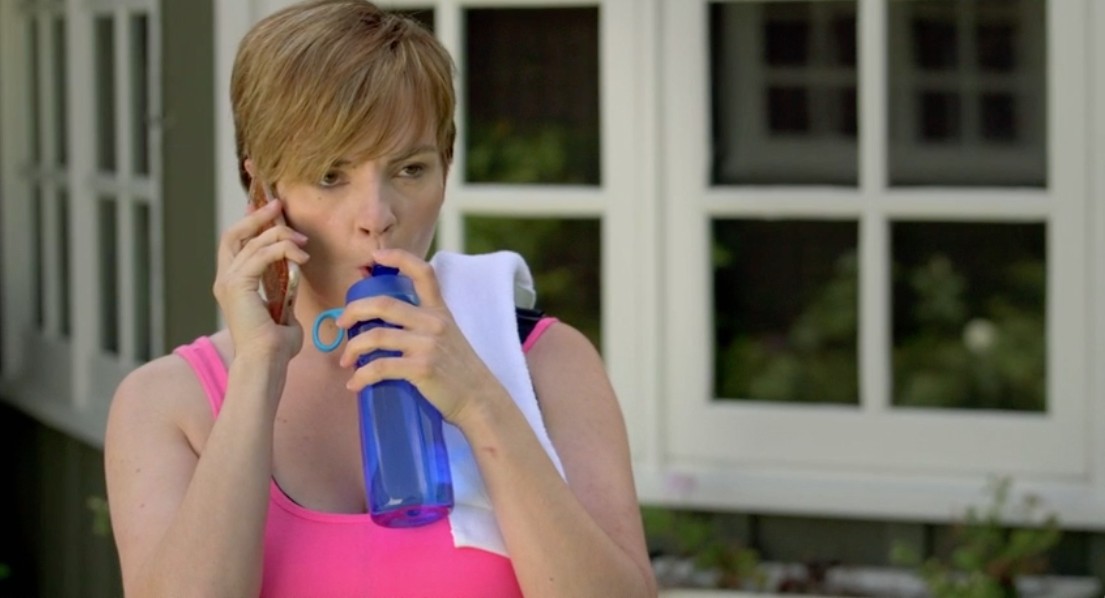 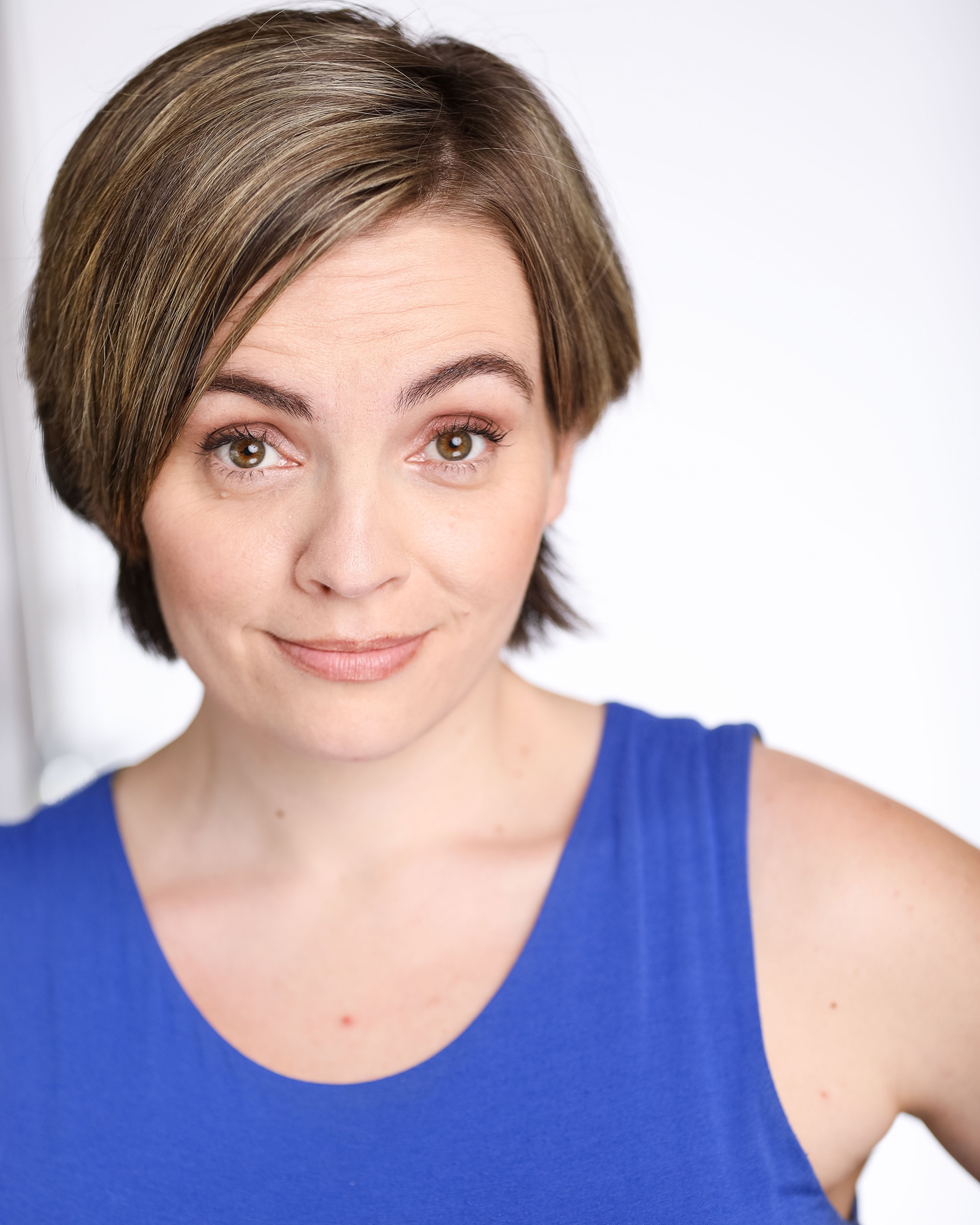 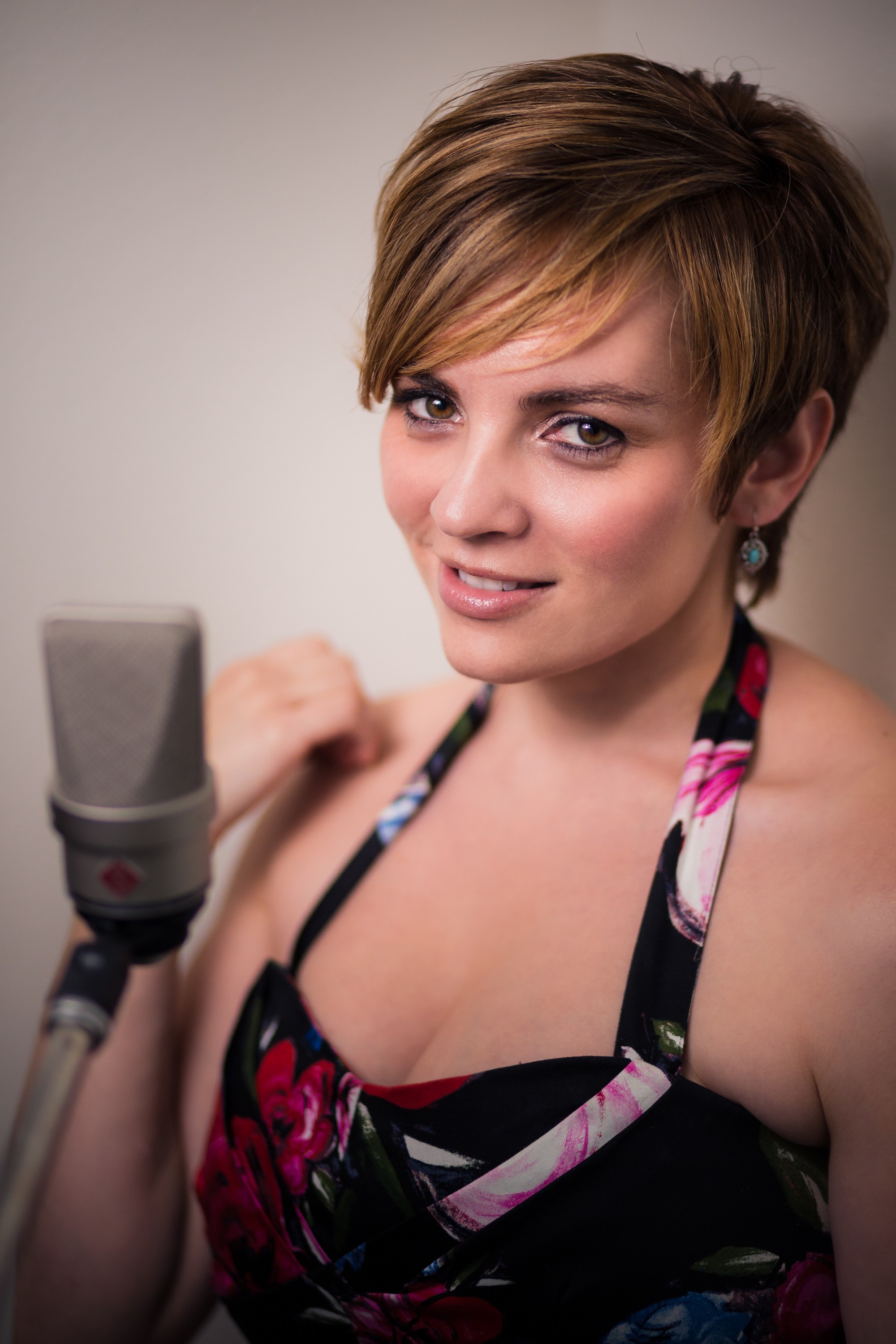 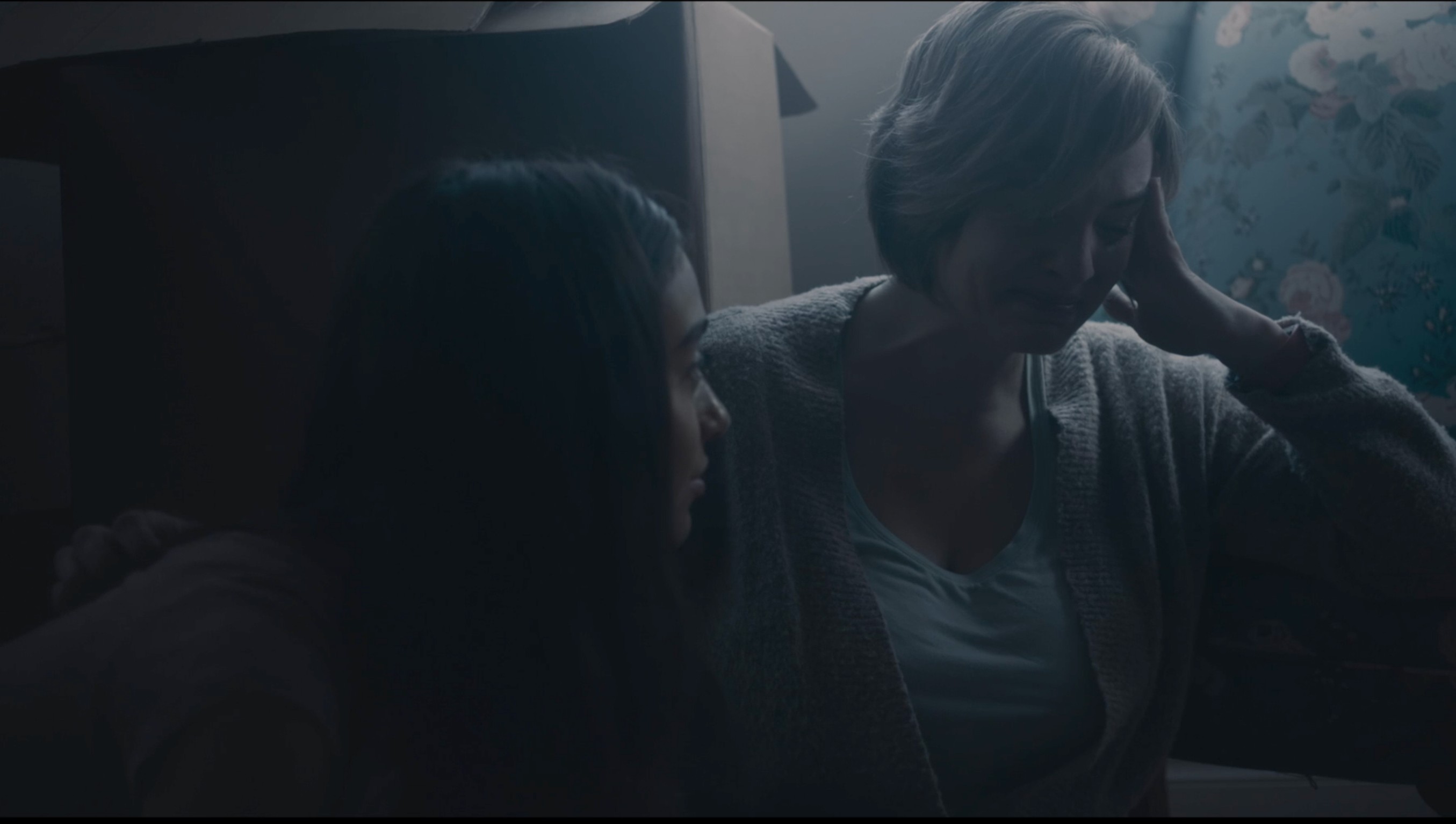