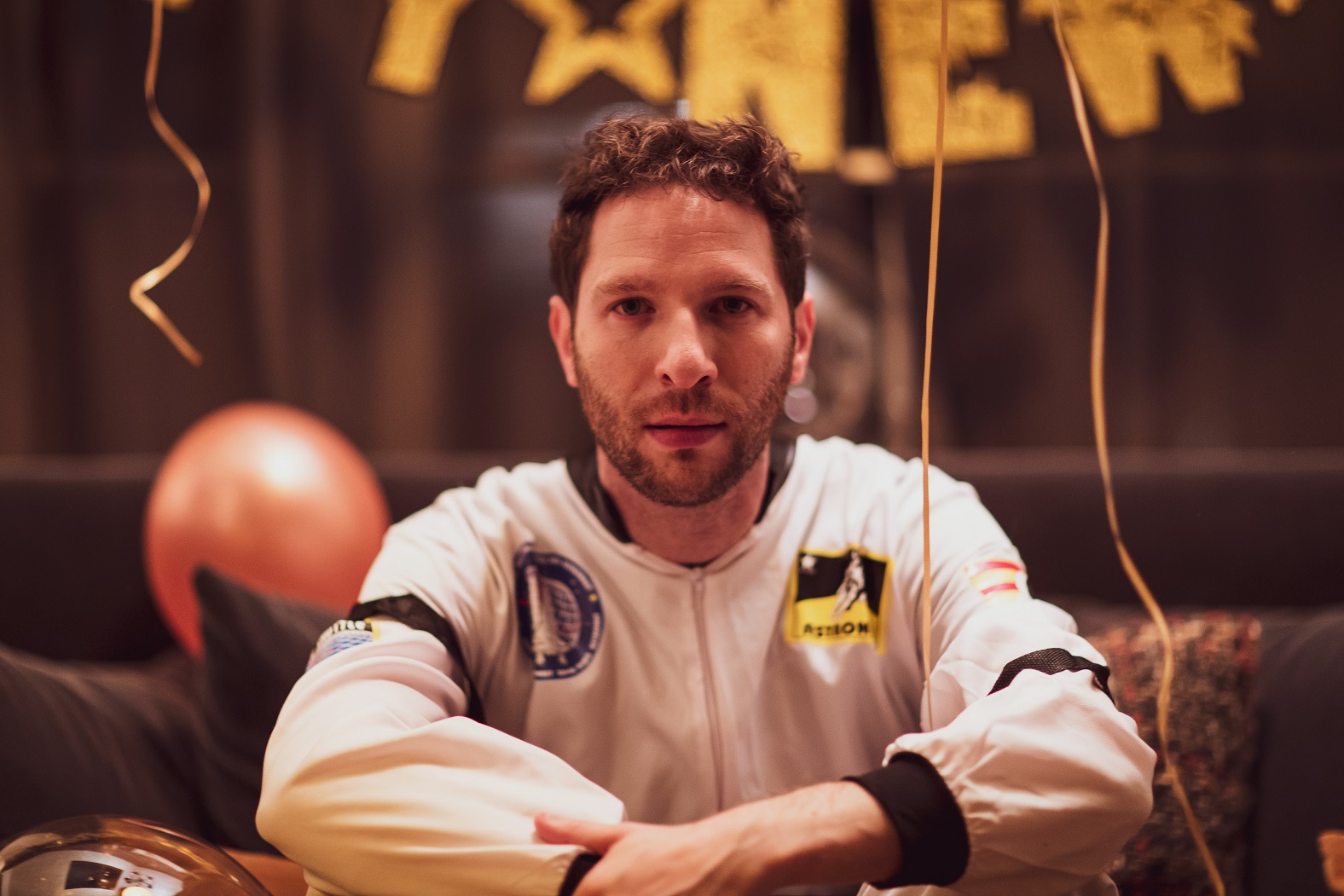 Today we’d like to introduce you to Dan Shaked.

Hi Dan, we’d love for you to start by introducing yourself.
I grew up outside of Boston to Israeli parents. I graduated from NYU Tisch with a BFA in Drama. I studied at Lee Strasberg Film/Theatre Institute as well as at the Royal Academy Dramatic Arts in London. After a few years of pounding the pavement in NYC doing indie films, theater, and my first TV guest star on ABC’s Body Of Proof, I landed a role in the Shonda Rimes ABC Pilot Gilded Lilys which had me filming in Boston and LA on the Queen Mary ship in Long Beach, CA. Filming on the Queen Mary was like a dream. We both lived on the ship and filmed on it. The experience of filming the Shonda Rimes pilot lit a fire under me and inspired me to shake things up and try living in LA.

Even though the pilot didn’t get picked up, the curiosity and itch to throw myself into a new situation and live somewhere new was greater. The vastness of Los Angeles and not knowing many people quickly forced me reach out to as many people and organizations as I could to create a sense of belonging.

I spent the weekends sending emails and cold queries as far and as wise as I could find in Los Angeles. One audition particularly changed my life in Los Angeles. The Fountain Theatre, located in Hollywood (on Fountain Ave) was looking for their lead in their upcoming production of On The Spectrum, a play about a young man with Asperger’s who falls in love with a young autistic woman who only speaks through a Proloquo, a device that helps non-verbal individual communicate through a software.

Playing the lead in On The Spectrum led to a role in another production of theirs: The Normal Heart by Larry Kramer. The Fountain Theatre not only sparked my acting career in LA but introduced me to some of my best friends in Los Angeles and social network and also exposed me to the communities at large that correlated with the social activism their plays tackled, I learned about local Los Angeles life through my experience at The Fountain because they invite and make sure local and underrepresented communities are part of the conversation at their theatre. This made me fall in love with LA even more.

As an artist who grew up celebrating two cultures and languages at the same time, I was aware that life, art and stories are being told all over the world all at the same time and it’s important to branch out even more.

I am a restless person and want to conquer everything everywhere all at once. Although that can be paralyzing, I tried turning that passion into a positive and started splitting my time between LA and NYC and did what I had to in order to make that work. Alas, the film/tv/theatre business ultimately is a small world and I thought that if I followed the work, the worlds I built in both cities with ultimately blend together. It’s both terrifying and thrilling to split your time between places, often not knowing for how long or where you are going to be, but I used the spontaneity and edge and placed it into my work and in finding work. And it worked. I started filming more projects, developing more projects with people and just saying yes as much as I can because I loved the work so much.

I have been lucky to perform in projects in LA with talented filmmakers like Jaclyn Bethany (Highway 1, The Invisible Girl), Shane Stanley (Mistrust opposite Jane Seymour) and Jessi Shuttleworth (February opposite Phyllis Somerville)

I also connected with the LA Based development organization Naked Angels. Every Tuesday at 9pm, arises, writers, directors, musicians, producers gather together in LA, oftentimes Hollywood, and hear new work read aloud by writers. The casting is done on the spot and the purpose is for the writer to hear their fresh new paces read aloud. The evening also has a special musical guest that gets to share a few of their songs as well. Naked Angels has been my family during my LA time as well and many amazing projects have taken off from here.

The diversity of LA made me think deeply about my own multi-cultural life. My cultural identity crisis of feeling too Israeli in the US and too American in Israel hit an all-time high while living in LA. It was something I was ruminating for a quite a while, and instead of getting stuck in my thoughts, I decided to concentrate my feelings into writing. For the last two years, I have been developing my first writer/actor project through an LA writing teacher and class. The pilot that deals with the subject of cultural identity crisis, belonging and having agency over your identity. My TV Pilot is about an American who inherits his grandmother’s apartment complex in Tel Aviv, Israel, slowly falls in love with the immigrants and tenants in the building and with Tel Aviv itself, has to make the decision of whether to sell the building or stay and start life over in Israel?

I wouldn’t have been able to create this pilot unless I moved to LA and cultivated my idea through the writing classes in LA.

Today, I consider myself a modern nomad that is based in LA, NYC and also Tel Aviv. LA was the jumping board to finding more artists internationally and I have LA to thank that for.

I’m sure you wouldn’t say it’s been obstacle free, but so far would you say the journey have been a fairly smooth road?
Keeping the momentum as an artist is always challenging. When I work, I feel alive, I feel a purpose, I feel like I belong. But the times in between work is the real test. Often, the lulls in between jobs are more important than the work itself. Keeping that serotonin level high can be difficult as an artist when you face rejection or when you just don’t feel inspired. So I made it a goal of mine to discover new parts of LA that are not as well known or just off the beaten path to keep me inspired. At first, I would look at Atlas Obscura to take me to unique destinations around LA like Sound baths, Reggae festivals taking place at UCLA, Alpine Village, LA’s Zoo Botanical gardens.

Then I wouldn’t even worry about a destination. I would get in the car and get lost and end up in a small town I never would have expected, maybe apple picking, eating a diner and checking out small monuments that would otherwise not be seen by general LA. These experiences are invaluable and bring new experiences to my work as an actor and would bring me out of a funk.

Appreciate you sharing that. What else should we know about what you do?
I am known as an actor who has worked in film/tv/theatre. LA has been my base, but what I feel especially proud of is branching my work outside of LA- t0 NYC, to Toronto, Boston, and now Tel Aviv, and bringing it back with me to LA.

I call it the boomerang experience. In the last few years, I have worked on projects such as playing the son of legendary actress Kathleen Turner in a gala/benefit for Provincetown Playhouse, Cape Cod, MA, sharing the stage with Carol Kane for a ACLU benefit called Playwrights for a Cause in NYC, and I have been consistently working in film/tv and have roles in films like “Jobs” opposite Ashton Kutcher, ABC’s Shonda Rhimes pilot Gilded Lilys, NBC’s Mysteries of Laura, ABC’s Body of Proof, indie films Highway One, How To Follow Strangers opposite Ilana Glazer, The Nearest Human Being with Stranger Things’ Natalia Dyer, and lots of other films that have been circulating the festival circuits at Tribeca Film Fest, Austin Film Fest, Santa Barbara Film Fest and many others.

I am the type of artist that likes to meet other collaborators face to face. Auditions are great, but most of my work has been through reaching out to other artists on a personal basis and finding something that we can work on together. I have spent my career reaching out to artists all over the world, and what will happen is I will eventually work with that artists in another city or country, but the project we work on will ultimately come back to LA like a festival or for a relevant event. LA is a microcosm of the work, so I think there must be thousands of artists all over that I can meet globally and eventually share the work we do together through an outlet in LA.

How do you define success?
Success is personal contentment. It’s a gut feeling that you did everything you could to fulfill something and don’t regret the experience. Success is when you’re doing the thing you love and not thinking why you are doing it in the first place. Success feels like a joy that you carry in your day to day life that often people around you notice because you are present and radiate that with the people around you. 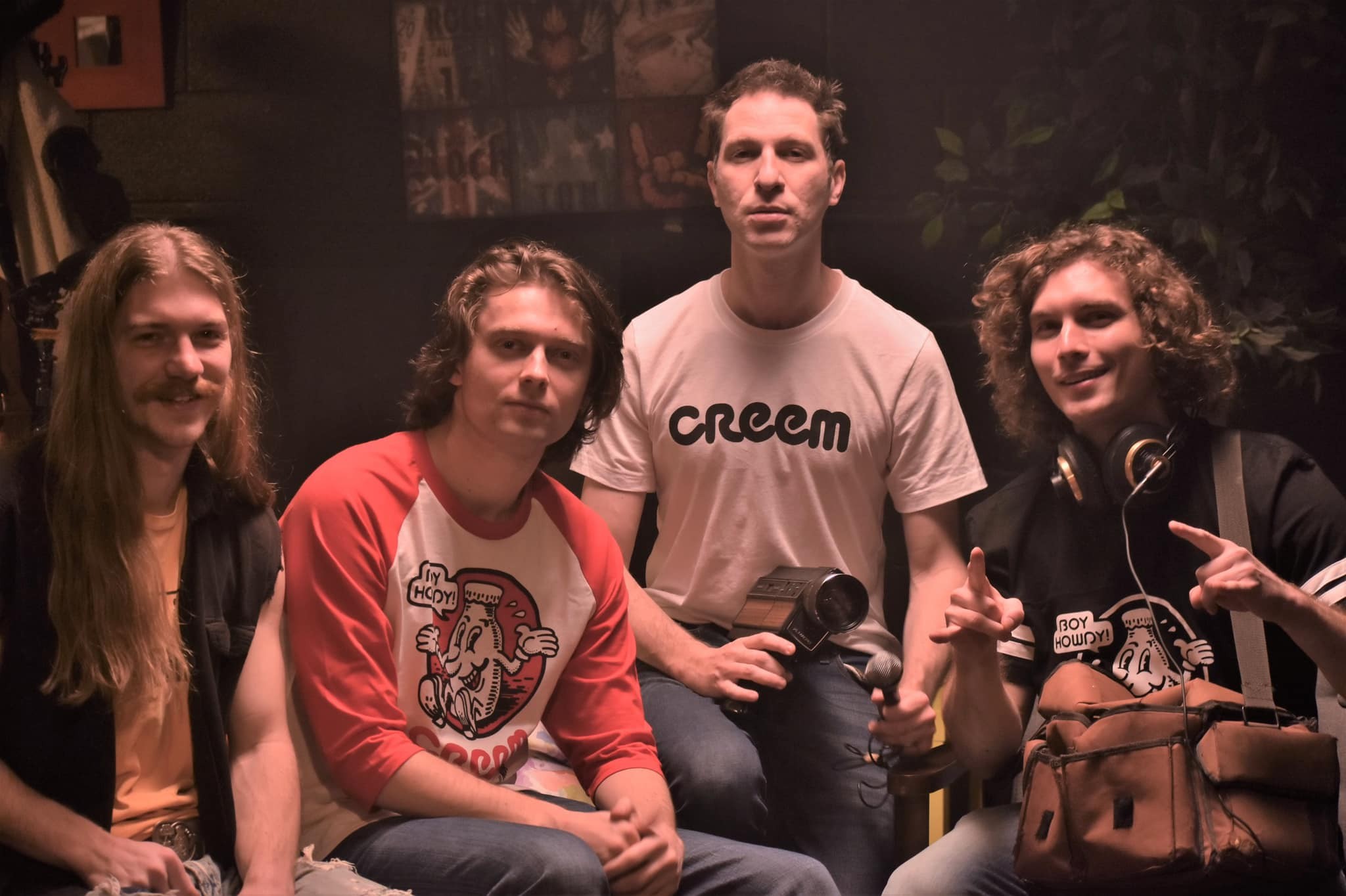