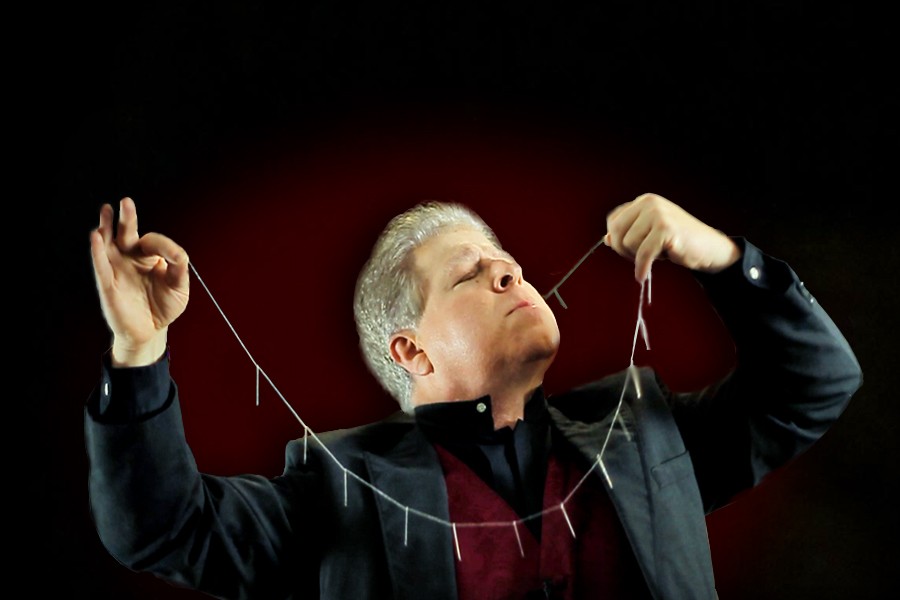 Today we’d like to introduce you to Charlie Mount. Them and their team share their story with us below:

Originally from New York Charlie Mount developed his comedy/magic act at Manhattan’s famed Magic Towne House and became a regular at the world-famous Comedy Cellar in Greenwich Village, working with other newcomers like Jon Stewart, Ray Romano, Dennis Miller, Chris Rock and others.

After many years working the stand-up circuit, touring the world playing resorts, cruise ships and colleges, Charlie moved to Los Angeles and began writing, directing and producing. He served as the Artistic Director for the critically acclaimed Chestnuts Theatre Program at Theatre West where he produced the LA Premier of Requiem for a Heavyweight and The Lion in Winter with Jim Beaver, as well as directing the Ovation-nominated Betty Garrett in Waiting in the Wings and earning an Ovation nomination for “Best Play” for his production of Waiting For Lefty.

Also, at Theatre West Charlie directed Beau Bridges in the original production of Acting – The First Six Lessons, produced Ray Bradbury’s Falling Upward with Pat Harrington, and successful production of his own play Against The Wall. Other plays written by Charlie include Trumpets and Table-Tipping produced at Theatre 40 in Los Angeles and The Leather Apron Club at Theatre West.

Charlie is the co-Artistic Director of Arcane Theatreworks and appeared in the title role of their first production, Martians – An Evening With Ray Bradbury, a critically acclaimed multimedia show exploring the heart and mind of the great writer; a show he created with Jeff G. Rack. Also, with Jeff Rack Charlie created an award-winning dramatic serial podcast called Arcane’s Theatre of the Mind.

Charlie is also a magician member and performer at Hollywood’s famed Magic Castle.

Charlie lives in Los Angeles with his wife Arden Lewis who is directing Leveling Lincoln, a civil rights documentary film.

This fall Charlie travels back to New York to direct an Off Broadway play called Our Man In Santiago by Mark Wilding, a comic political thriller first produced here in LA. The show opens at the AMT Theatre on 45th street in Manhattan on Sept 16th.

Would you say it’s been a smooth road, and if not what are some of the biggest challenges you’ve faced along the way?
Art requires a certain commitment of mind, body and soul that doesn’t always make room for personal happiness. You can get lost in your work. But it’s important to stay grounded, so I’ve always had around me a circle of friends and family that not only support my dreams but allow me to support theirs.

As you know, we’re big fans of you and your work. For our readers who might not be as familiar what can you tell them about what you do?
The most important thing I’ve come to understand is that you have to let your goals change as you change. It’s okay to let go of the things you wanted then for the things you want now and to be careful because old dreams chase away new dreams. So I don’t specialize. When people ask me, “What do you prefer, acting, writing, magic, directing..?” I always say, “I prefer whatever my voice is at the moment.” Art doesn’t always come with blueprints.

In the world of magic, I suppose I’m known for my version of Houdini’s famous East Indian Needle Mystery, and I was featured in a TV special called Magic’s Greatest Illusions performing this classic trick.

As a director, I’m proud of the original productions I’ve helped develop, like Beau and Emily Bridges’ Acting – The First Six Lessons, Mark Wilding’s Our Man in Santiago., and a production I developed with Jeff Rack called Martians – An Evening With Ray Bradbury. I love helping to create something from the beginning.

As a producer, I’m most proud of a program I created her win the Valley at Theatre West called Chestnuts Theatre where I produced quality productions of great published plays, including the West Coast premiere of Rod Serling’s Requiem for a Heavyweight and the Ovation nominated production of Waiting for Lefty.

As a writer, I’m most proud of my plays The Leather Apron Club, Trumpets and Table-Tipping and Against the Wall. They say that writers always write about the same thing, and I suppose my “same thing” is the nature and value of truth, what is real, and the political, spiritual and emotional damages incurred when the truth is subverted.

What was your favorite childhood memory?
My favorite childhood memory would be a composite of every Christmas morning. My parents always went way overboard, flooding the living room with gifts for our big family (I’m the oldest of six). We’d get out of bed and walk into the room to a plethora of new toys and games, mostly unwrapped and laying out in front of the tree like the treasures piled up in Charles Foster Kane’s Xanadu. There was something magical in what my parents did, the sheer stage management of it all, the enormous production of it all. There was a great spiritual and positive uplift you felt walking into that room. It felt like love incarnate. I’m quite sure it inspired my own sense of theatricality. I aspire to make my audiences feel something akin to the magic and surprise I felt during all those Christmas mornings. 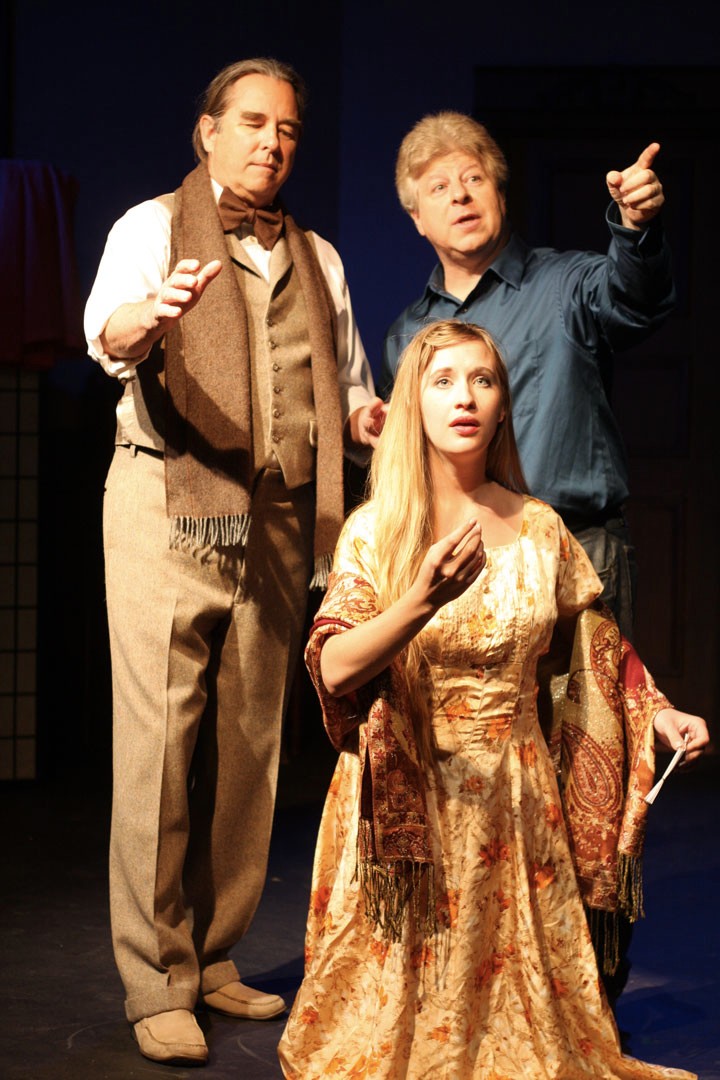 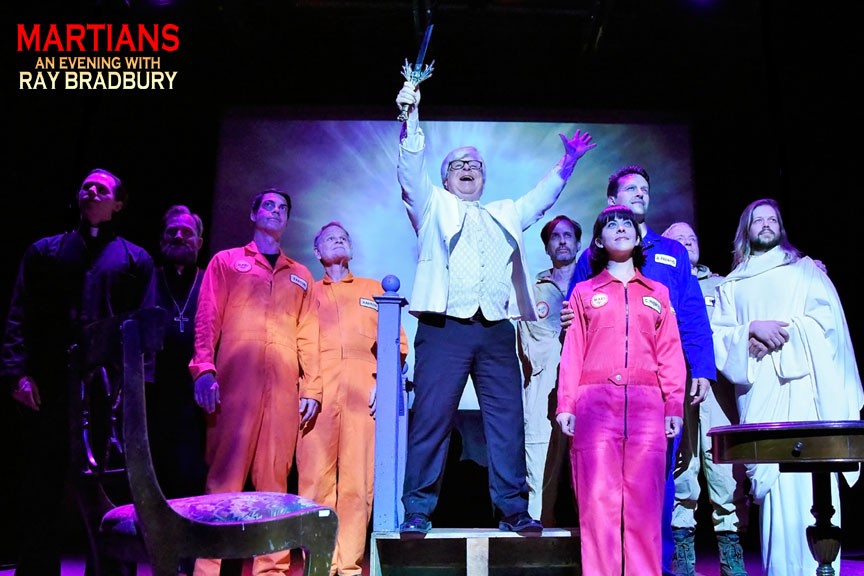 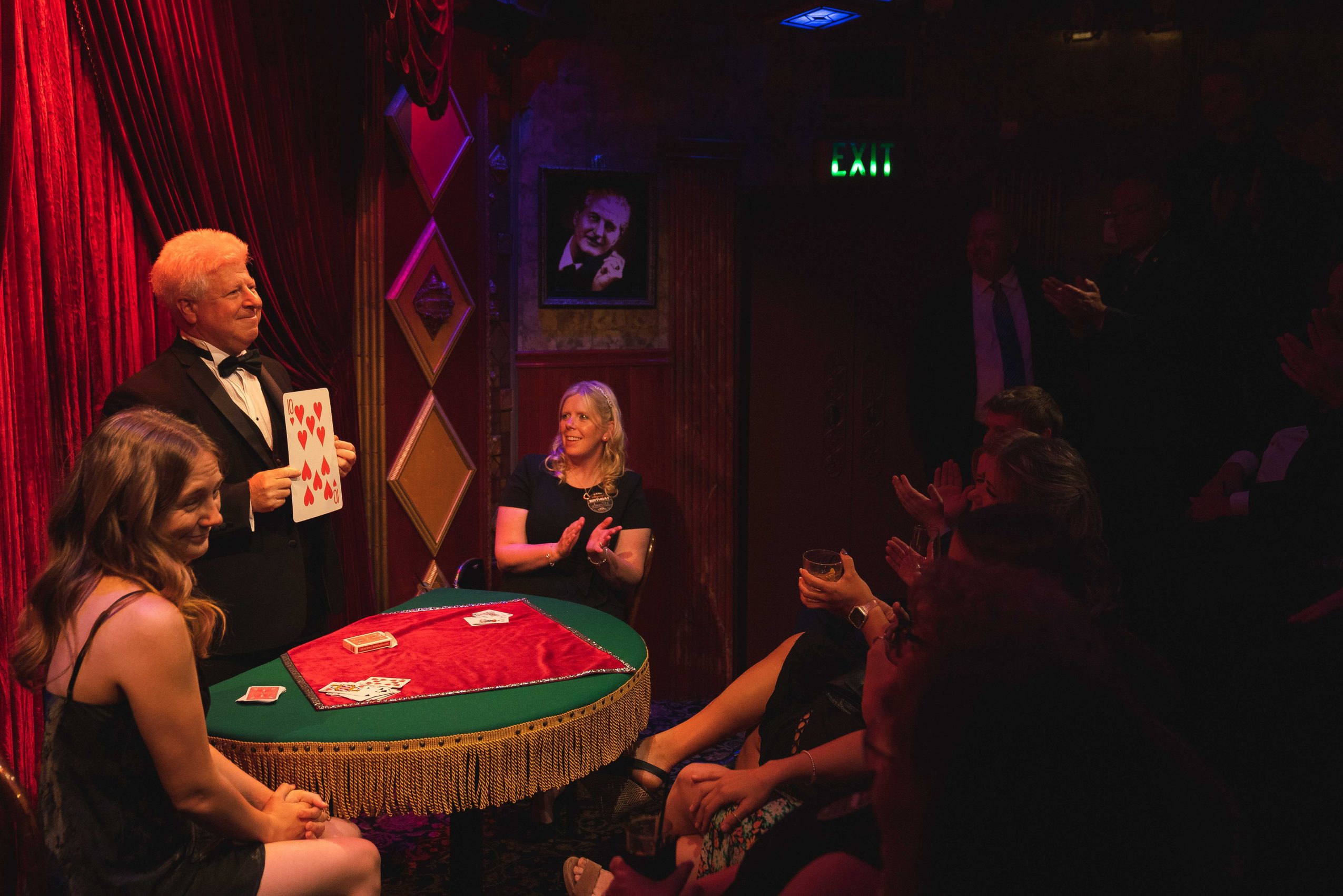 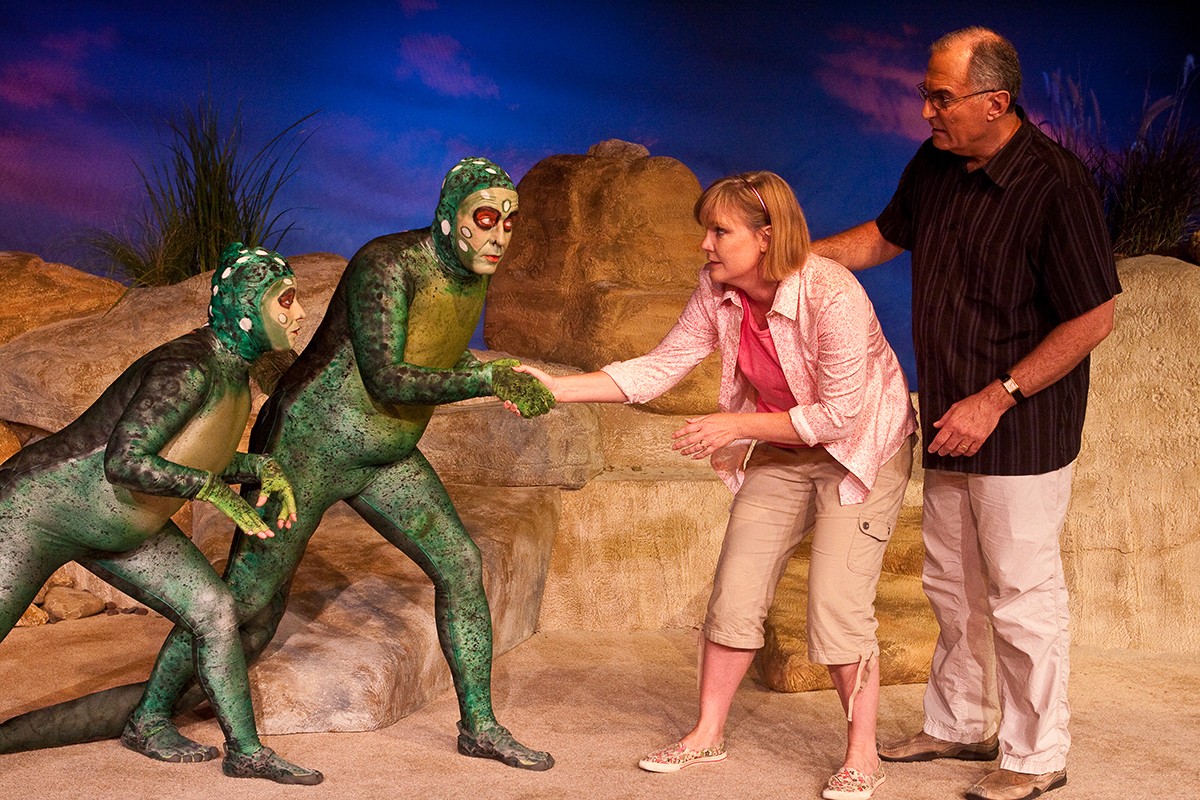 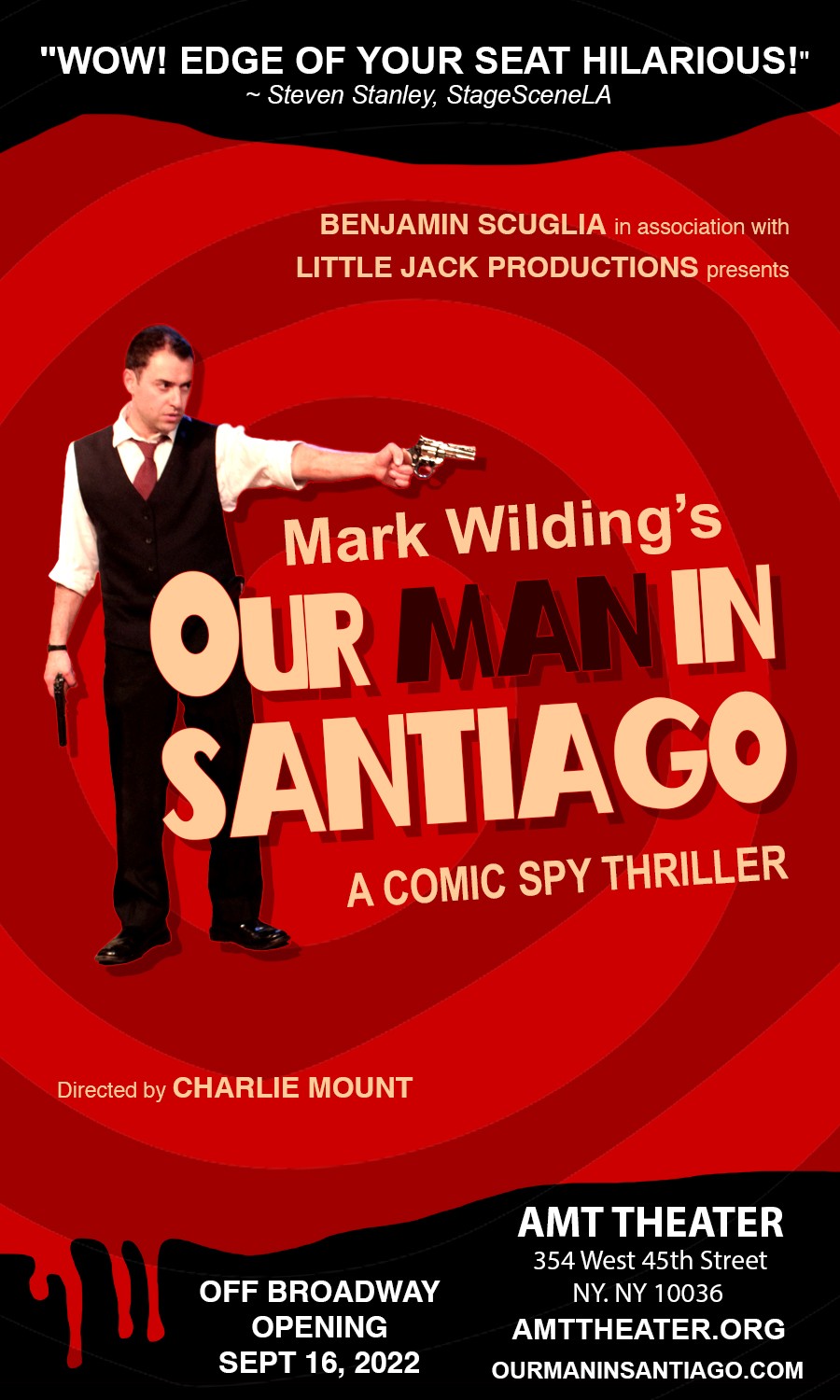