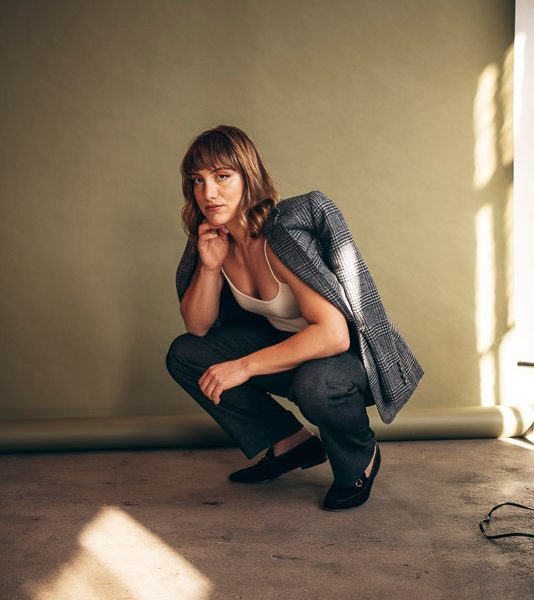 Alright, so thank you so much for sharing your story and insight with our readers. To kick things off, can you tell us a bit about how you got started?
BEVERLEE started in New York, where I lived for thirteen years when I was presumably “straight” and married. I am a hit songwriter and producer for other artists, and had been working with LGBT artists at the time, notably Shea Diamond with whom I co-wrote “American Pie”. These queer artists’ experiences of feeling uncomfortable in their bodies was echoing my own desire to explore the unknown. I had been coming to Los Angeles for years, and it has historically been a land for dreamers with the history of the gold rush. At the top of 2018, I moved from the east village in New York to Atwater Village on the east side of LA — so from one east village to another really. I continued ghostwriting pop music for other artists on the west coast but also started writing my own music that was more experimental and rooted conceptually in the loss and rebirth of self that comes with sexual awakening and identity. The name BEVERLEE is after my cousin who was a fine artist and murdered by her Hell’s Angels boyfriend in 1970. I wanted to have a way of expressing unheard voices and those whose desires live on the outskirts of what is deemed culturally acceptable. My day gig for the past twelve years has been doing music for advertising/film/TV and I’m still doing that on the regular. This filmic mindset informed how I arrange my personal songs; I imagine BEVERLEE as existing in a very specific picture of late sixties early seventies California but jostled around in a more janky, modern pop orchestral outfit.

Can you talk to us a bit about the challenges and lessons you’ve learned along the way. Looking back would you say it’s been easy or smooth in retrospect?
I recently saw a meme that said “Where is the 30 under 30 for people whose parents weren’t filthy rich?” My parents are veterinarians and do fine for themselves, and I was so thankful that they supported my music lessons growing up. But so much of this journey takes a lot of time and a lot of resources, and the fewer resources you have, the harder it is going to be to make it. I always had this mindset that I needed a “fallback” plan, so I graduated with a perfect GPA even though I knew I was going to be a musician. Coming from that ivy league background of a system of merit is like jumping into an ice bath when you realize the real world of music doesn’t care how hard you work. The results might not pay off immediately, or ever, or even in the way you expect. The only thing you can control is yourself, your own art and image. And that for me image was always the BIGGEST struggle because I never felt comfortable being seen. I had a band and was touring with Barenaked Ladies right after college, but I hated the PR aspect of “come to my show” and all of that. And I had no idea how to market myself.

The songs I was singing were like BNL; witty and irreverent and a little odd, but if you looked at photos of me I was this shy girl in a lace dress. I wasn’t comfortable in my own skin, and so much of that had to do with the fact that I was VERY GAY. One of the songs I had released was called “Mary’s Son” which was all about how I want to sleep with my English deans son to be close to her! I ended up stopping my artist project for ten years when I started working in jingle houses for ads and writing for other artists. I am a writer and producer at heart, so it was enjoyable for me to do that. But it also felt more comfortable for me to hide behind others and hype other people than myself. To have that separation. Now that I’m 33 and out, I’m proud of who I have become so it feels really nice to show people struggling with their identity the joy of living truthfully. The caveat to that is of course that a lot of queer people first have to find a safe space to do that.

Appreciate you sharing that. What else should we know about what you do?
I’m the artist and producer behind BEVERLEE, which is queer, left-of-center pop music. In my life outside of my artist project, I write and produce music for other pop artists, write music for film/TV shows, and co-lead the Cannes award-winning advertising music company Hook+Line. I’m really proud of my work in the advertising space, which I’ve been doing for over twelve years because it has prepped me for the communication, deadlines, and work ethic required to collaborate with other artists and networks and also manage expectations around BEVERLEE. Everyone always talks about “thinking outside the box,” but ultimately to finish something, you need to know the assignment and the box. A lot of creating directing advertising clients involves psychology and language, understanding that “quirky” to one person might be very different from another.

Knowing how to pull references and talk to people has helped in my work for other artists, TV networks, and in communicating with the BEVERLEE team (social media manager, mixing engineers, publicists, graphic designers, etc.!) Being in the music business has also prepped me to have difficult conversations, how to be confident but gracefully stern, and knowing when to fall on my sword because it will help the relationship in the long-run. I owe a lot of these skills to Bryan Senti, the composer behind Transparent and Save Me, who owns Hook+Line because at the end of the day our ethos is to be ego-less and empathetic. Those are rare qualities for artists to have and ones that make me easy to work with because while I’m confident in my skills, I always want to remain open to ideas and not feel entitled to hold onto anything. I just want to make art that goes out in the world, and a lot of that process involves knowing when to let go.

Do you any memories from childhood that you can share with us?
I am the most nostalgic person so this is a tough question. The most immediate one that comes to mind is when my mom was running errands in our small country town, she would often stop at this coffee shop and my sister and I would split a double chocolate chip muffin. I remember it being ginormous because it probably was bigger than my hand at the time. When my sister and I went back there probably in high school, we sighed “ugh they really cut corners on these muffins psh” when in reality they’re probably just normal-size! Another food memory I have is of this bakery lined in pastel bookshelves, and it is again one of those things that is how my child’s brain saw it … I lived in a pretty rural area, but my imagination took me to a Parisian dreamworld. 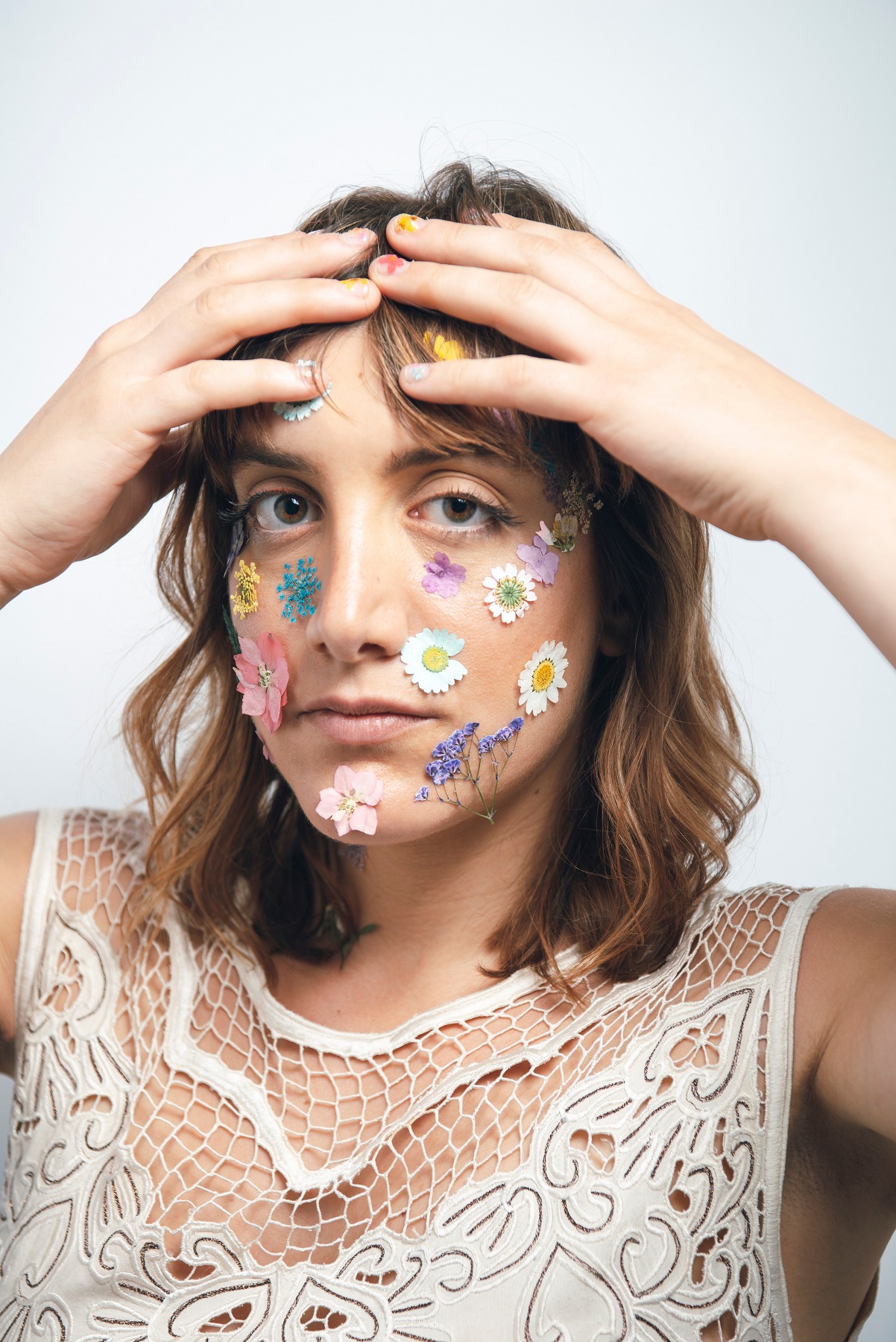 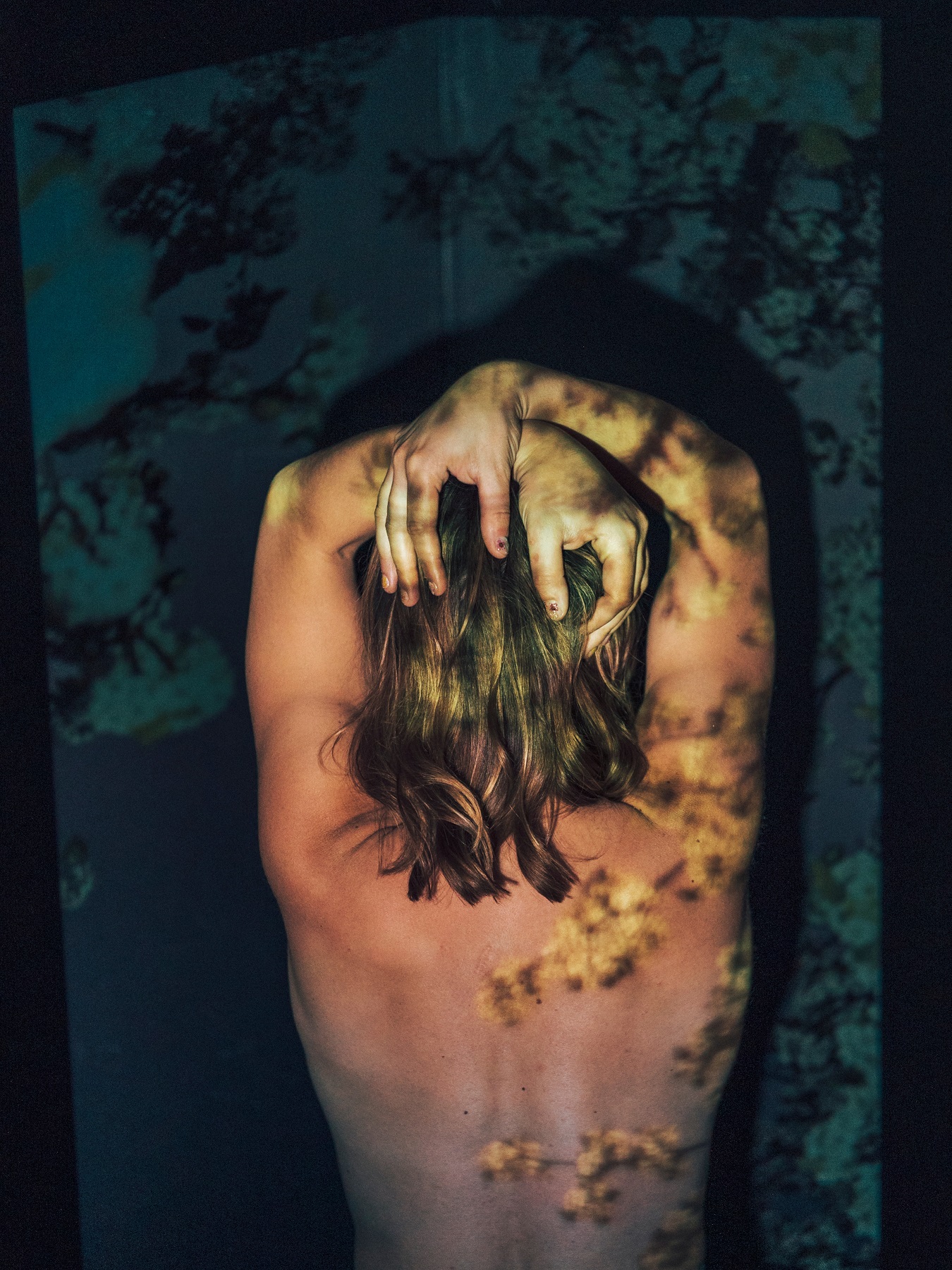 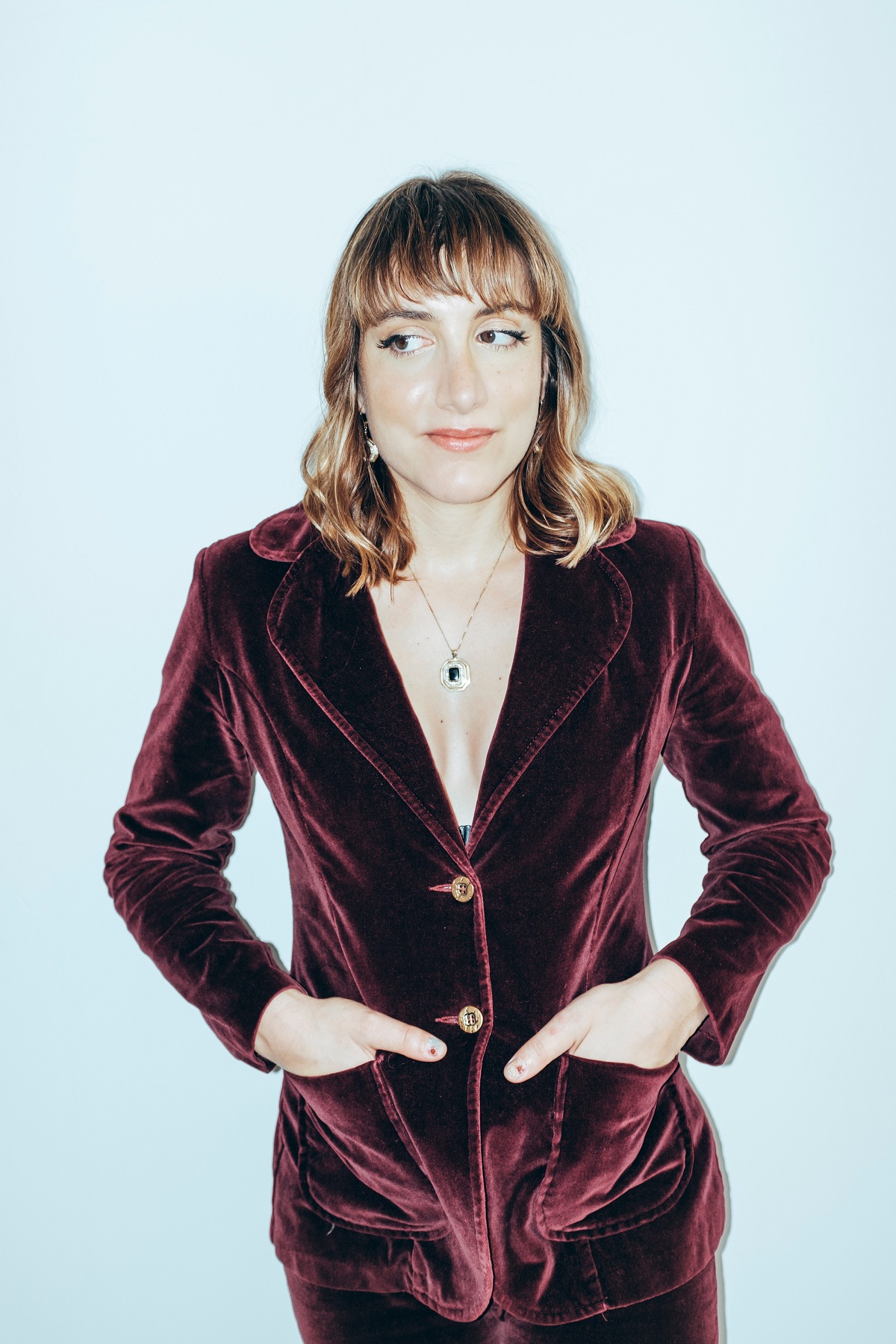 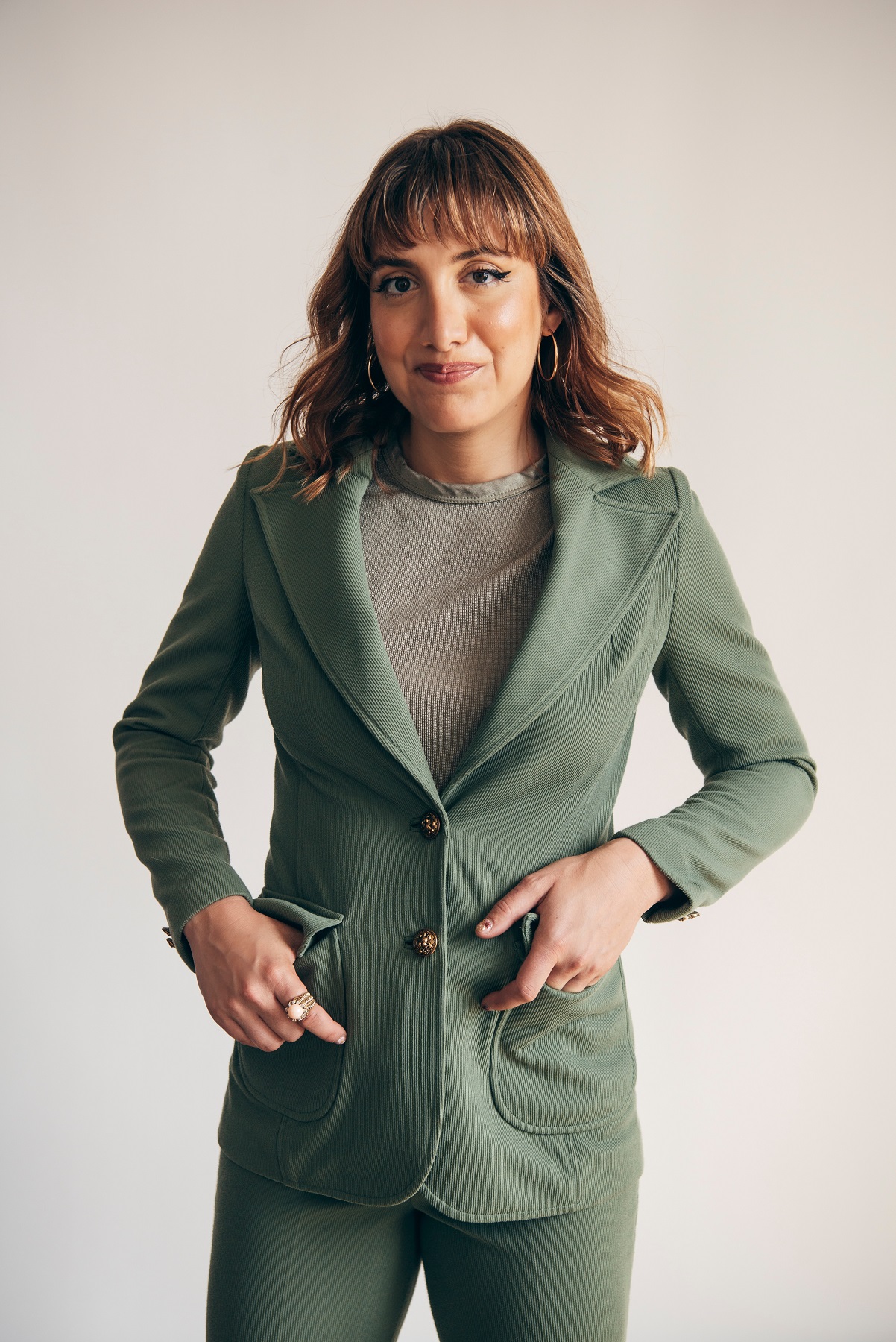 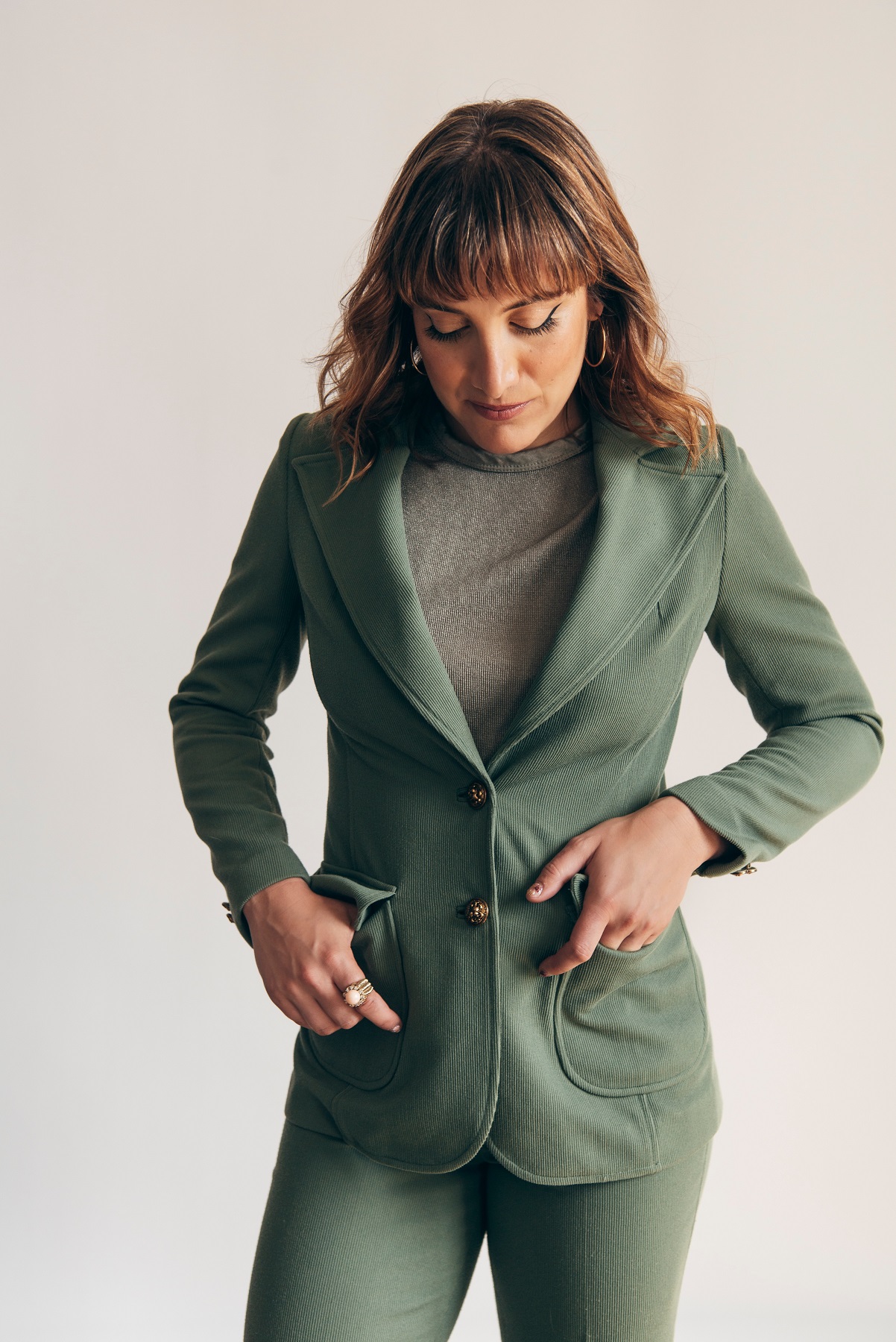 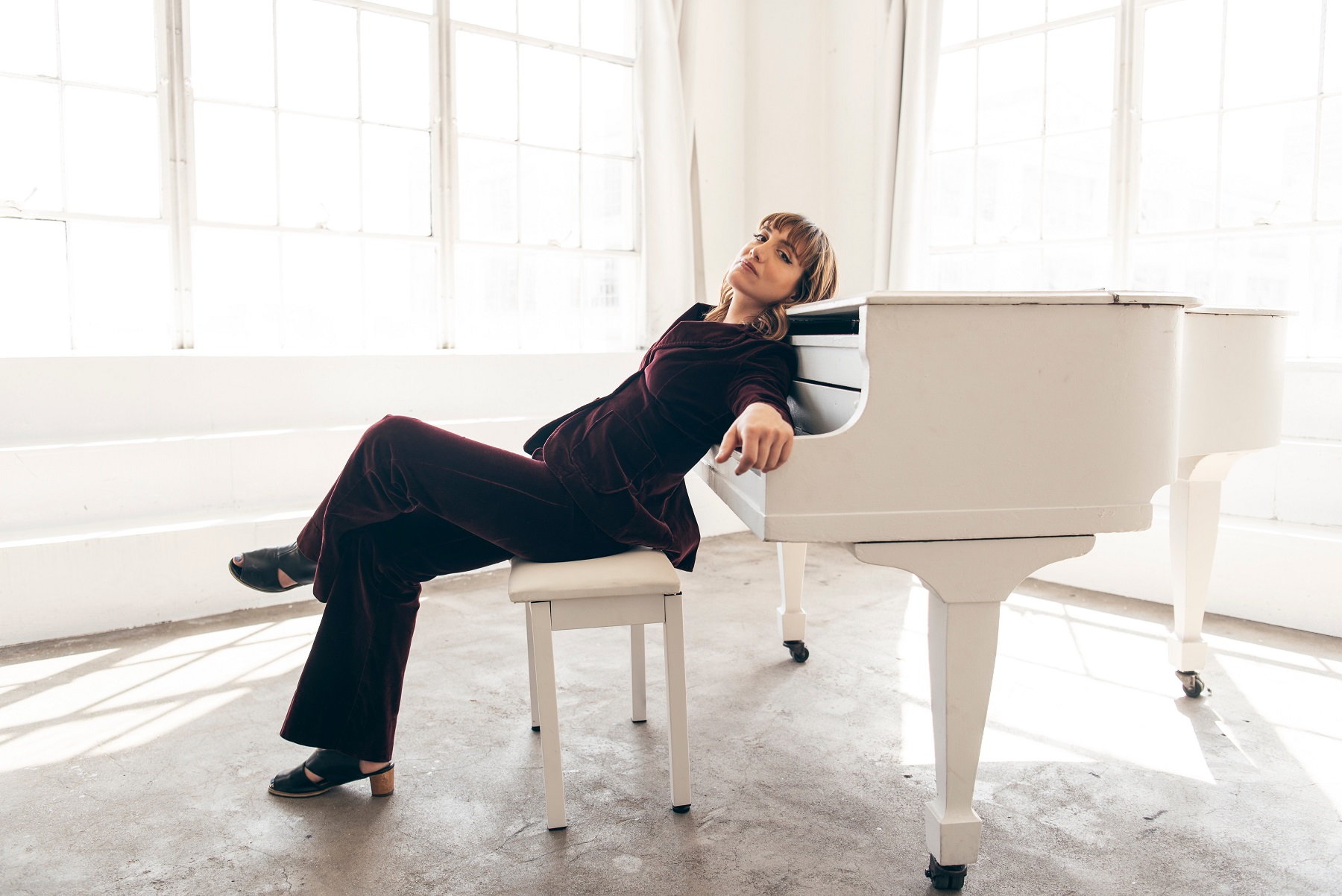 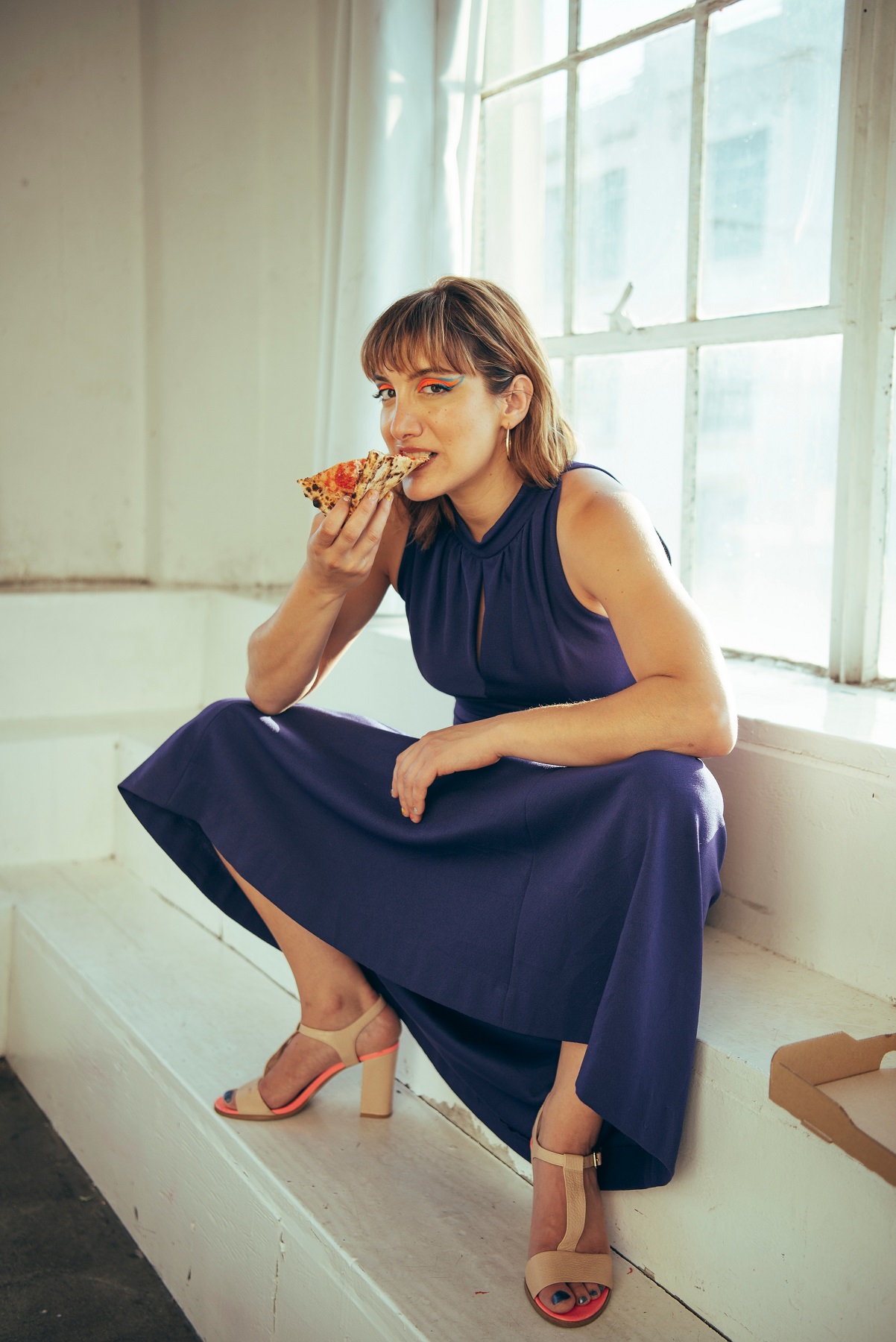 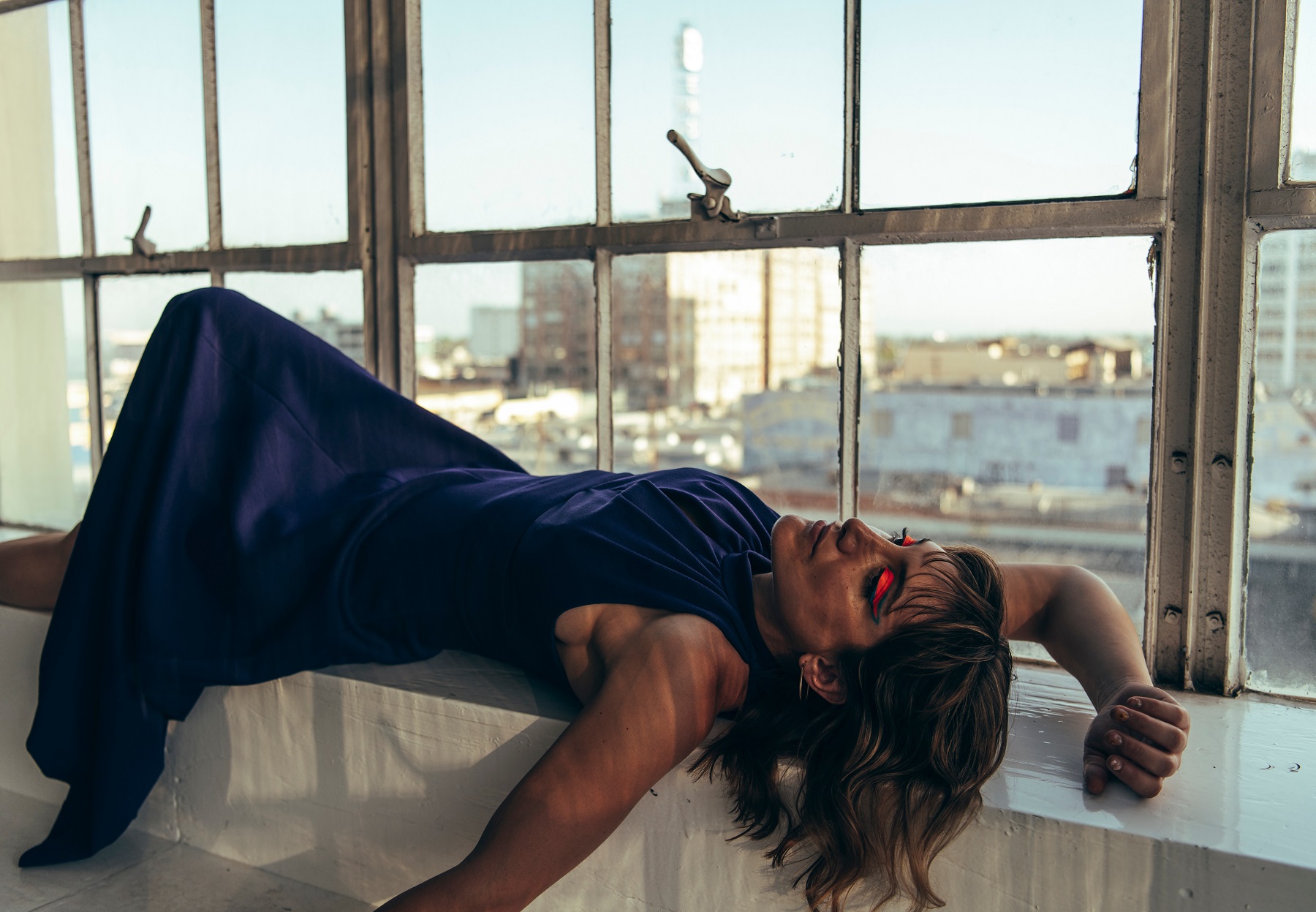