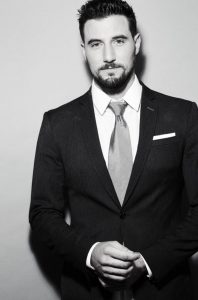 Today we’d like to introduce you to Ben Whalen.

Benjamin Louis Whalen was born on March 25, 1988 in Oceanside, New York. The youngest of three children, his father, Timothy Whalen, was a high school psychology teacher and football coach, and his mother was an attorney. His ancestry was similar to many New Yorkers of that time and place; Half Irish, Half Italian. Raised in Long Island, he was just a quick train ride away from New York City. It was there that he truly began his career as an actor and producer. Ben played football, basketball and baseball throughout high school and went on to attend the University of Maryland. He started doing stand-up comedy and student films. He took several film classes and became fascinated with movies. In 2008 a close friend, Patrick Altema, who is now an Emmy award-winning producer, cast him in his first feature film. After falling in love with acting and filmmaking, Ben dropped out of college after his junior year in order to pursue acting and producing full time. From 2009-2011 Ben studied at the Stella Adler Conservatory of Acting in New York City. During that time, he emerged himself in theater, plays, films and television. He loved being on set as often as he could, and in 2011 he produced and starred in Dream, directed by Patrick Altema. After graduating, several teachers encouraged him to give Los Angeles a try, expressing their certainty he would be successful in film and television.

In 2013, within his first two years in LA, Ben booked a lead role in Anarchy Parlor, filmed in Vilnius, Lithuania, starring alongside veteran actor Robert LaSardo. It felt like all his dreams were coming true. The following years had several ups and downs, successes and disappointments, but by 2017 Ben had racked up over 25 acting credits in film and television. His most notable roles were James Rooker in A Neighbor’s Deception on Lifetime, and Dante in Trip, playing the love interest of international music star Jhene Aiko. Since beginning his professional career in 2011 Ben has worked on shows that have premiered on Lifetime, TLC, BET, Investigation Discovery, LMN and Travel Channel. After a three years hiatus working as VP of Sales and Marketing for a successful start up from 2017-2020, Ben has returned to the entertainment industry with renewed love and respect. In late November 2020 Ben teamed up with award-winning writer/director Ryan Moore to form ACME Productions. Ben utilized his experience in Sales, Marketing and Business Development to create an exciting new brand that brings a fresh, creative, cinematic approach to video marketing. Since launching in January 2021, ACME has worked with several notable brands in Cannabis, Fashion and Entertainment.

I’m sure you wouldn’t say it’s been obstacle free, but so far would you say the journey have been a fairly smooth road?
Short answer, no. The road has not been smooth. The road to success is not a straight line. One of the biggest factors I constantly have to overcome is self-doubt. When you take the road less traveled, when you have an unconventional career, you sacrifice security for freedom. The biggest obstacles are fear and self-doubt. Despite the fact that I’ve had a successful career in entertainment, followed by a successful run with one of the biggest cannabis companies in the world, I still question my abilities and whether I’m doing the right thing. I consume a lot of information and content about successful people, and the truth is, it seems that fear never goes away. No matter how much you’ve accomplished in the past, what’s important is what you do today. I never want to be one that rest on my laurels. I continue striving to be better each day.

I’m nowhere near where I want to be, but if I’m honest I can see the small improvements over time. Discipline used to be more of a problem for me, but through repetition, perseverance and prayer, I’ve found a new strength. I’ve gotten a lot better at pushing through when things get difficult and not giving up. Another difficulty I found along the way was figuring out what I’m best at. My focus was going in so many different directions; I was acting, producing, writing, directing, doing sketch comedy and stand up, then later, throwing events, marketing, sales, customer service and on and on. I was spreading myself thin and not giving 100% to any of these individual roles. I was good at all of them and not really great at any of them. With ACME Productions, I get to combine my business experience and work in the creative field. My greatest strengths are team building, organization and communication. Now I try to play to those strengths to accomplish our goals.

Appreciate you sharing that. What else should we know about what you do?
Currently, I’m the CEO of ACME Productions a video production company based in Los Angeles. We’ve worked with brands like Cosmopolitan, SHO Products, Focus V, Rosin Tech and done spec work for Calm App and Venmo. We specialize in cinematic, narrative storytelling, often using humor as a way to connect with a brand’s target audience. We make high-quality videos that connect and make a lasting impression on the viewer. With the demand for video marketing being greater than ever, lots of brands are focusing on quantity. While we have a quick turnaround and high output, we prefer to focus on consistent quality by creating videos that provide value, either educational or entertainment. I’m very proud of creating and co-founding ACME Productions. We had a vision and step by step, we have been executing on that vision.

In many ways, it’s the hardest I’ve worked towards one singular mission. To grow ACME, produce high-quality work and build amazing relationships with our clientele that will provide for our company for years to come. Before starting ACME, I was very proud of my work as an actor, specifically my performances in Trip, Starring alongside Jhene Aiko, A Neighbors Deception on Lifetime and Anarchy Parlor, where I spent five weeks filming in Lithuania. I’m also proud of several of the short films and sketches I produced on shoestring budgets. I love being on set. That’s where I belong and that’s where I feel my best. The biggest value I bring is creativity, organization, problem-solving and making things happen. I think one of my most valuable skills is that I’m a good listener. It allows me to communicative efficiently and effectively. If you can’t convey what you’re thinking or read between the lines, you will never be on the same page with your co-creators.

Before we go, is there anything else you can share with us?
One of the ways I’ve improved my discipline and increased my efficiency is by having a morning routine and a daily routine. Every single day goes like this. Wake up 7am. -Pray -Drink water with lemon -Make a gratitude list and send it to 9 people -Yoga -Meditation -Spiritual work (consists of reading, writing, spiritual tasks) -Deep Work (9-5ish. 40 Minute intervals. Working off my ACME To Do List; admin, finance, sales, marketing, content creation, organization, business strategy, strategic partnerships, etc.) -Work on a project (consists of time dedicated to a project outside of ACME; developing scripts, shooting sketches, etc.) -Be of Service (do something kind or helpful for friends, family, strangers) -Eat a healthy meal (x2) -Read and Write -Watch a film (I’m in a film club where we watch a different director every week) -Brush and floss -Drink more water -Make tomorrow’s list -Pray Twice a week I have Muay Thai training with a professional Muay Thai instructor at 7 am. Twice a week, I meet with my sketch group to film or come up with concepts for sketches Twice a week, I meet with my producing partners developing a script to be sold/produced. This routine has done wonders for my productivity, my happiness and my overall well-being. It’s a way to stay consistent and continuously challenge myself. The improvements are small and almost unnoticeable, but over time, with patience I can see great improvements in all areas of my life. 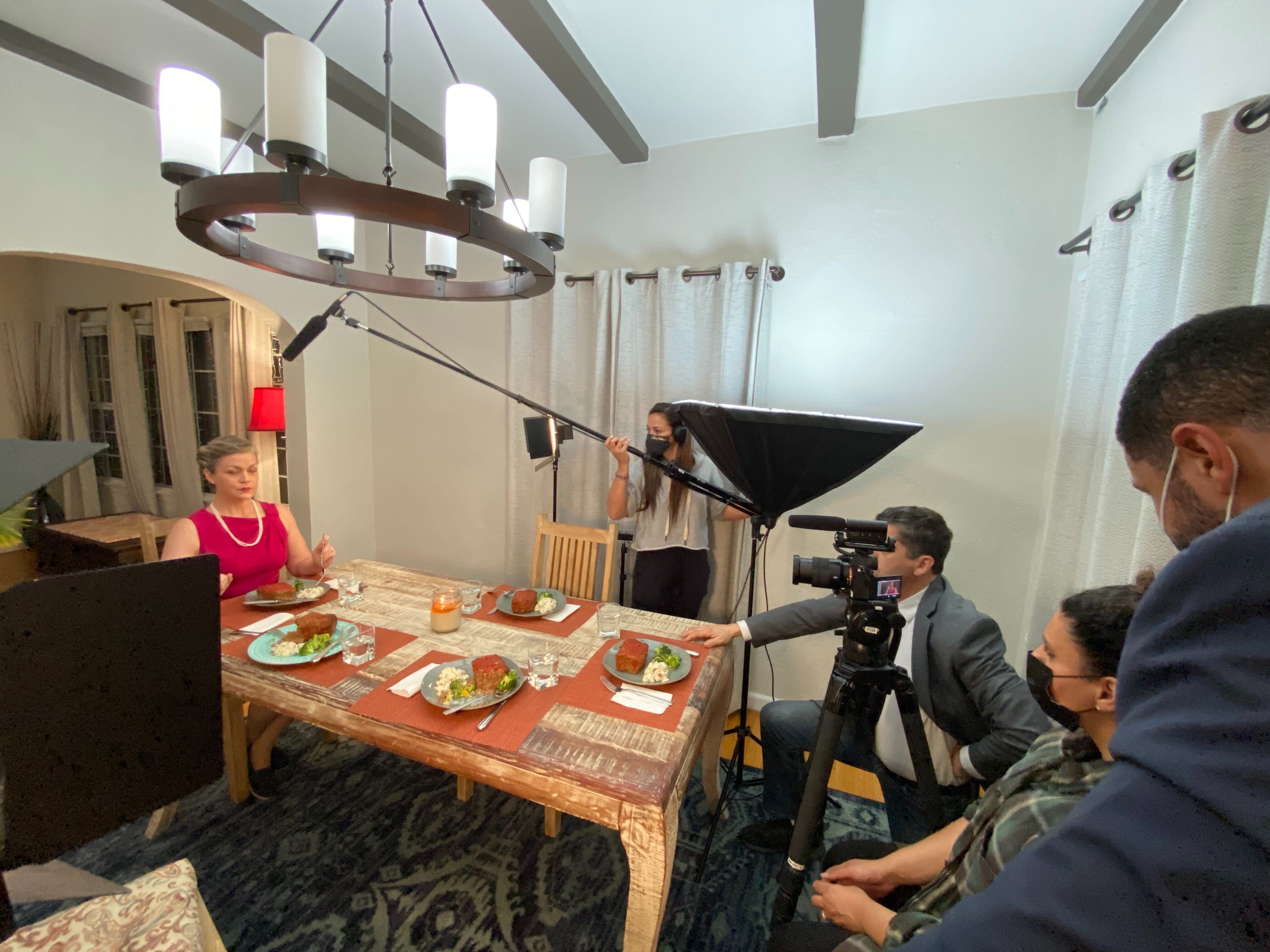 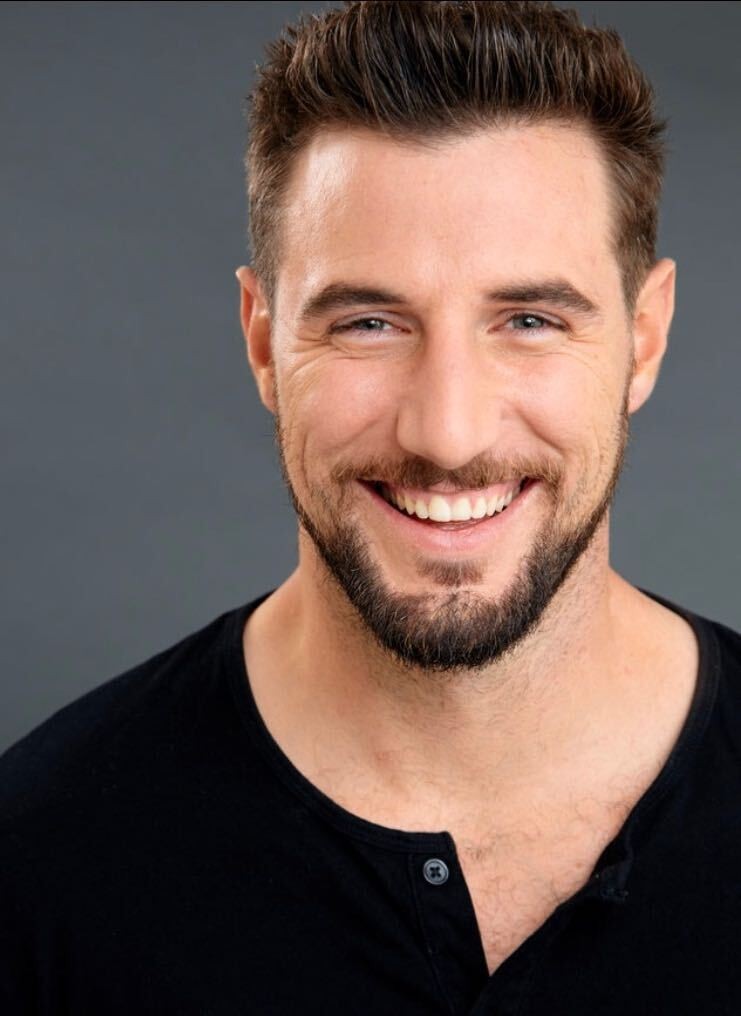 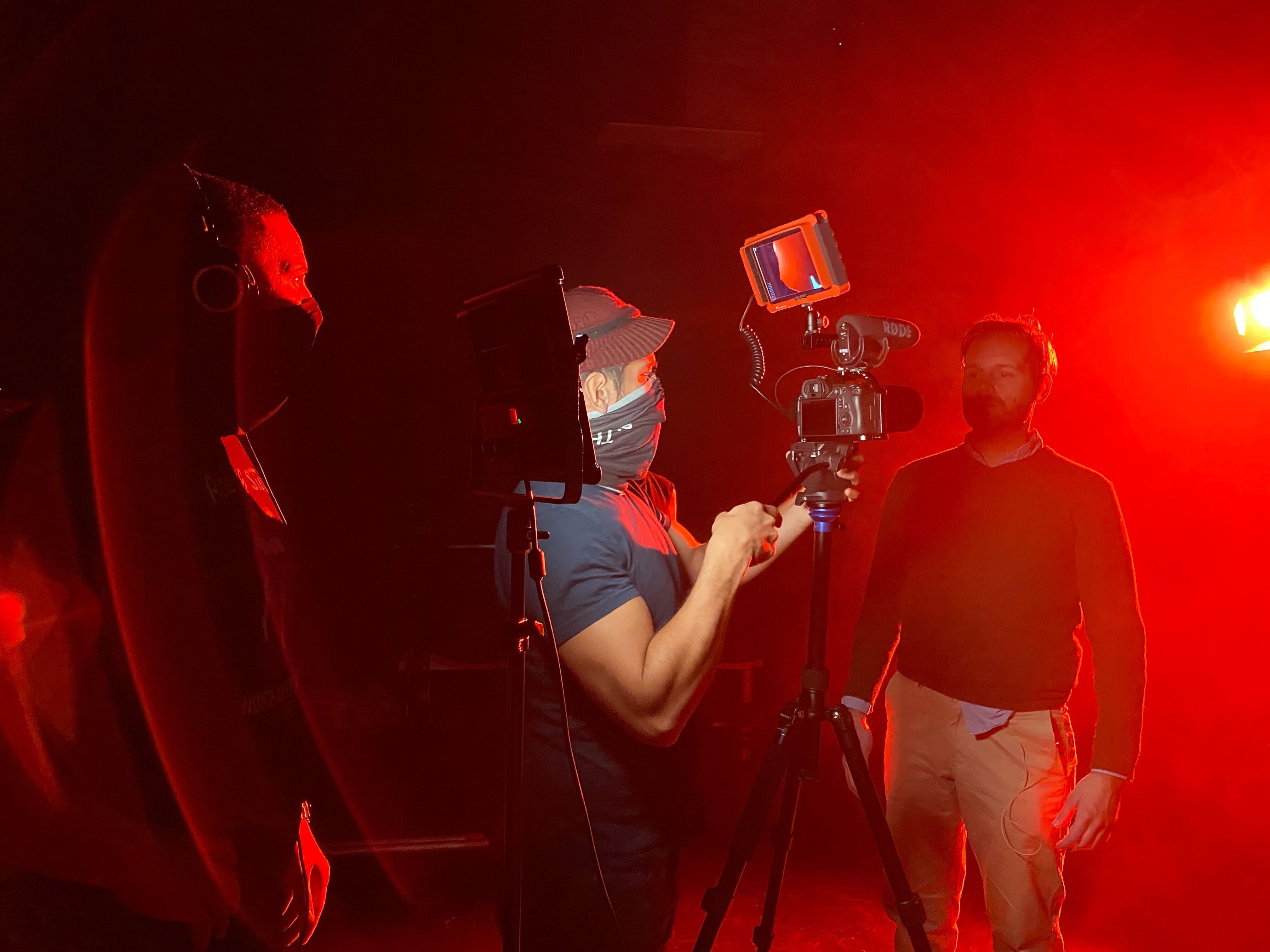 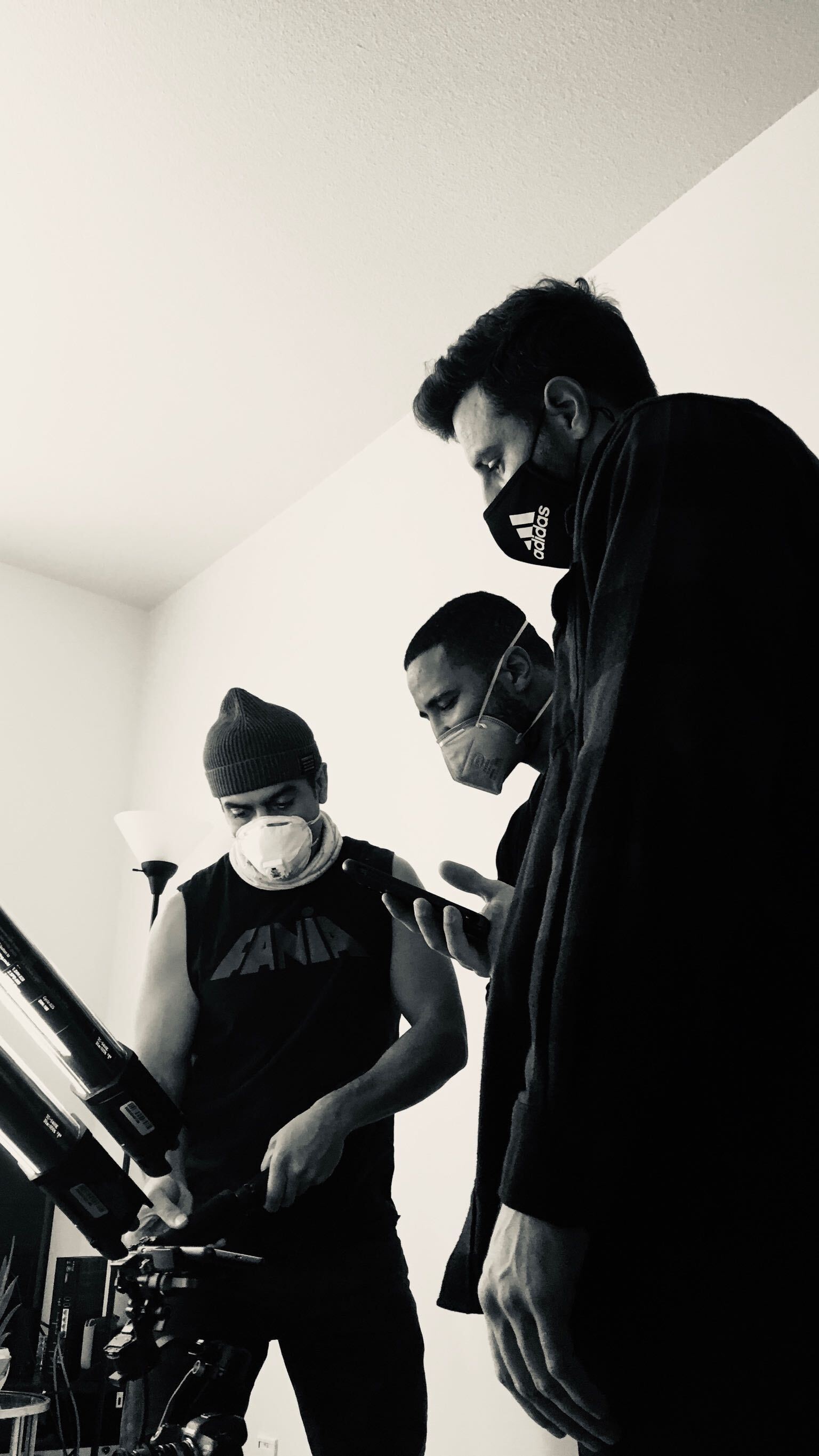