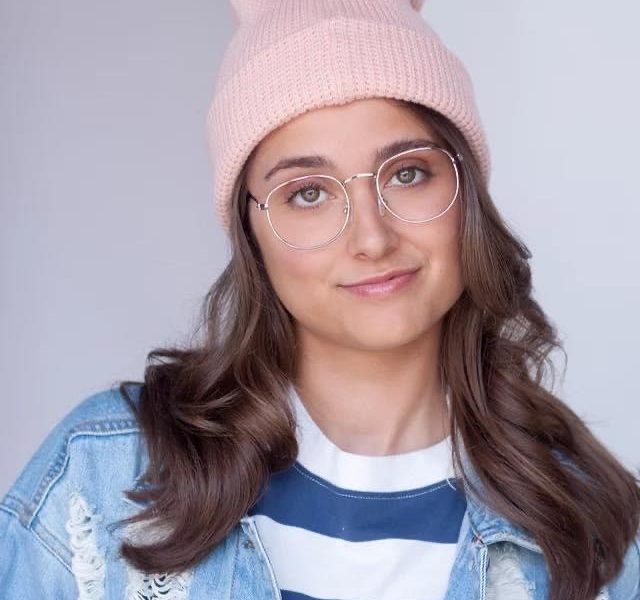 Today we’d like to introduce you to Aly Ward Azevedo.

Hi Aly, we’d love for you to start by introducing yourself.
I started out in Georgia, I grew up being a little goofball that just wanting to make people happy and laugh. Watching suite life of Zack and Cody and seeing Alyson Stoner as Max I was like “I could do that that’s so me!” And I just kinda kept it in the back of my mind, as a kid I didn’t realize acting was an actual job you could have so I just did my thing but still wanting to entertain somehow. I did martial arts and loved sparring and doing demo team doing falls and getting thrown around so I finally asked my parents about starting training for stunts. We found a really cool group called On Camera Combatives with Ryan Monolopolus who is a very good stunt man and trained with him for a few years. With the stunts, we were like “well gotta be able to act a little to right” so I also started an acting class and I had fallen in love with both stunts and acting. I loved doing scenes, improving and just being someone else for a little bit. So I continued training in Georgia and taking different classes and workshops, just trying to take it all in really. Then one of my classes had an LA trip where we would be taking all different kinds of classes with industry professionals, one of which was a voiceover class with Debi Derryberry (the voice of Jimmy Neutron and so so much more) I was beyond excited and had never tried or thought about voiceover before and immediately thought it was so cool and fun because you can be anything in voiceover.

After taking that class and doing my scene Debi told me “you sound like a little boy I love it, the rasp in your voice is so good. That’s a compliment because you can play girls and boys then. Let me know when you come out to LA and we’ll work on voices” something along those lines at least lol. We also at the end of the week we’re able to perform a dramatic and comedic scene for agents and managers and had the opportunity to get potential interviews to then potentially sign with those agents and managers. I got a few interviews, ended up signing with one and then my mom helped me get ready to move to LA to better pursue Acting. I moved out with my older sister, started acting classes, let Debi know I was out here, and we started doing private sessions where she helped me work on characters and make a voice-over real to get me a voiceover agent and found a place to train Stunts as well. I’m still here working on all of those things trying my best to navigate this crazy industry but still absolutely loving it and wouldn’t trade it for anything.

Can you talk to us a bit about the challenges and lessons you’ve learned along the way. Looking back would you say it’s been easy or smooth in retrospect?
With this industry, as well as many parts of life, I think it’s very hard to have a smooth road. You’re going to get a lot of “No’s” for things you were very excited about or you thought you did great on. Finding an agent or manager that really works for you and pushes the things that you really want to go for rather than grasping at straws is difficult. Knowing what exactly to do or how to look or how your pictures should look is hard because it changes and you don’t know. It can take a lot of time and sometimes you can definitely feel lost and in a way, it’s just getting harder, I feel like before a lot of people in LA thought it was easier if you were or you had to be in LA because the auditions were in person, nowadays, with self-tapes, absolutely everyone from around the world can audition, so there’s more and more people going for one role. Unfortunately, nowadays, social media is very big and important, and if you’re not a big social media person who can work it, likes working social media and keeping up with it, that sometimes knocks you out as well because they are now sometimes going for the people with a bunch of followers, and I am on of those that just doesn’t really like social media and can’t keep up with it to save my life so there will be times I try but then it slows again because I just don’t really care about keeping up with it. There can be a lot of uncertainty but you never know what’s going to work for you, so I think it’s important to just stick true to yourself and know what you want, what you’re comfortable with and eventually that’ll work.

Alright, so let’s switch gears a bit and talk business. What should we know about your work?
I am mainly working towards on camera, whether that be TV or film, as well as voiceover. I am also working on getting back into Stunts because that is some thing that I do very much so love, I was just unfortunately in a car accident to where I hadn’t been able to train for a while. I’ve had some great opportunities on camera-wise getting some small parts here and there and most recently an episode of “Your worst nightmare.” I’ve also had some amazing opportunities in voiceover, I was lucky enough to join the cast of F Is For Family as multiple different characters for seasons 3, 4 and 5, as well as a video game I am not yet able to disclose.

My goal is to be able to specialize in everything in a away, I want to be able to make you laugh, make you cry, make you feel angry about a certain thing, cheer you up if you’ve had a bad day. I like doing more goofy comedy like Jim Carrey style, more characters in a way, but I can also get emotional and cry if I need to. What I’m most proud of is hard, I’m very proud of and grateful for every opportunity I’ve had but for now, I’ll say F is For Family I think, just because that was my first and biggest voiceover job I had gotten, I could quote the whole first season before I knew I was going to be on it. So to hear I booked a show that I loved watching was amazing, I got to work with and record with Bill Burr, Mo Collin’s, Debi Derryberry, and Trevor Devall. Being in the booth and watching all of them work and change characters was an unforgettable experience.

Something I feel that may set me apart is my attitude towards acting maybe, and my ability to take notes and direction and remember it all even if it was notes for five pages. I also keep my energy the whole time of filming. I had the opportunity to work on West World season 4 and we’d have 14 hour days and I’d still be dancing around smiling humming some song. My work ethic is also very very strong, I want to get everything done, be on time and it be as perfect as possible and be fun while doing it.

What was your favorite childhood memory?
It’s more the memories of the house we lived in on Egypt road as a kid, I thought the name was awesome and we had landed with our horses in the back, we had a pot belly pig and some ducks, as well a four wheel track and trampoline in the front yard, I’d go outside at night sometimes to catch frogs and I named every one of them and took care of them. It had a huge basement downstairs where the frogs and turtles were and me, my sister, and our friends would go down there and play on balance beams and just create different characters till going outside and riding four wheelers for hours. 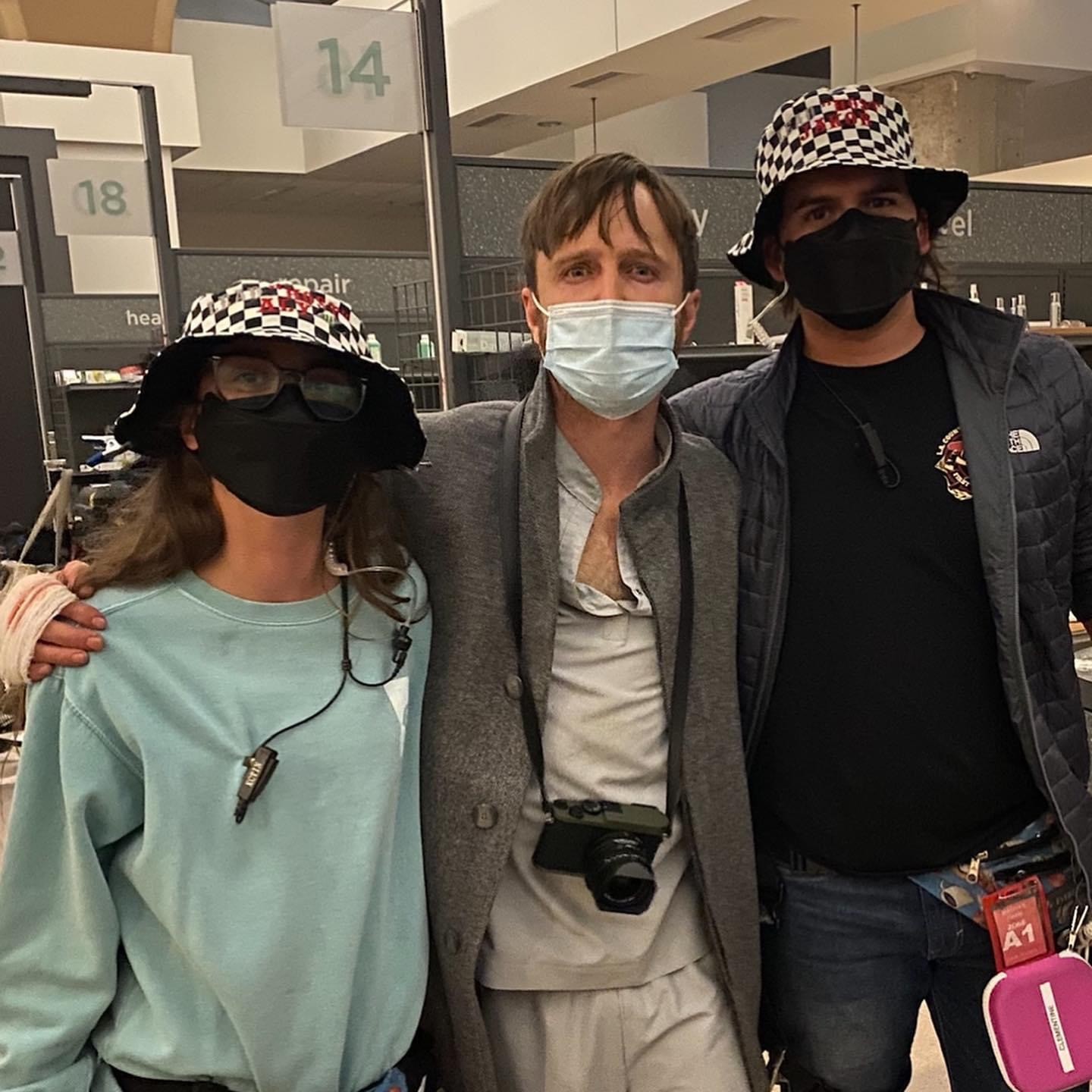 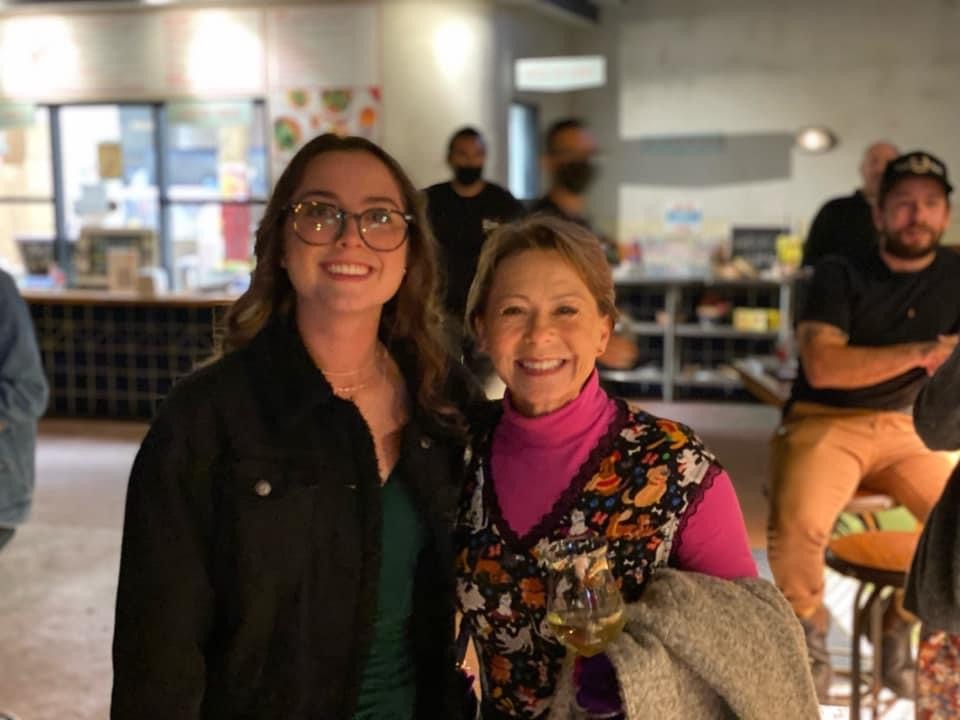 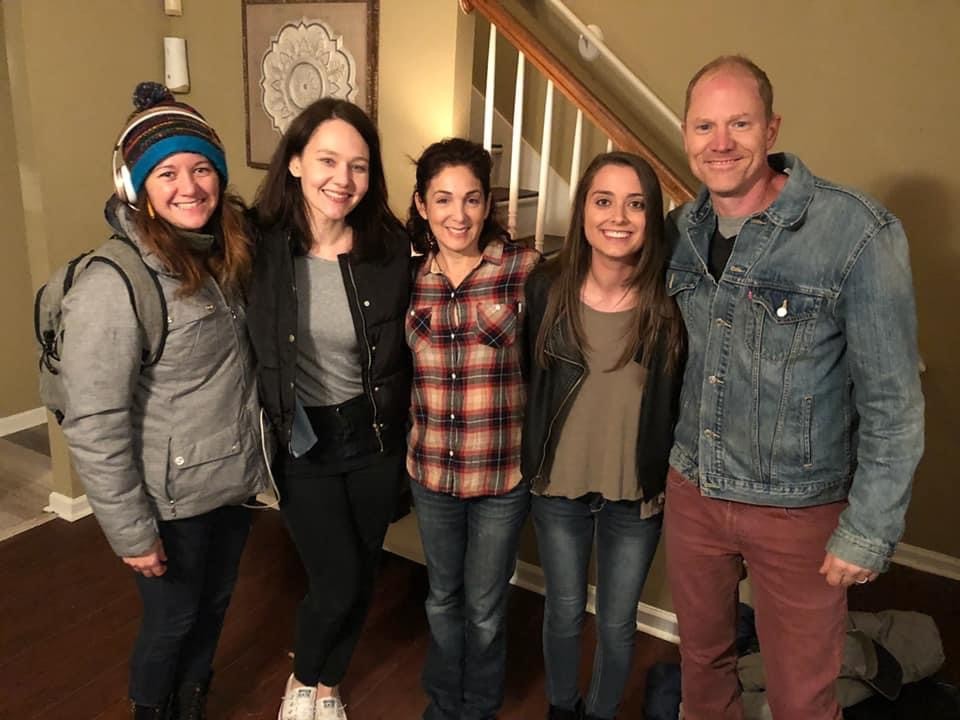 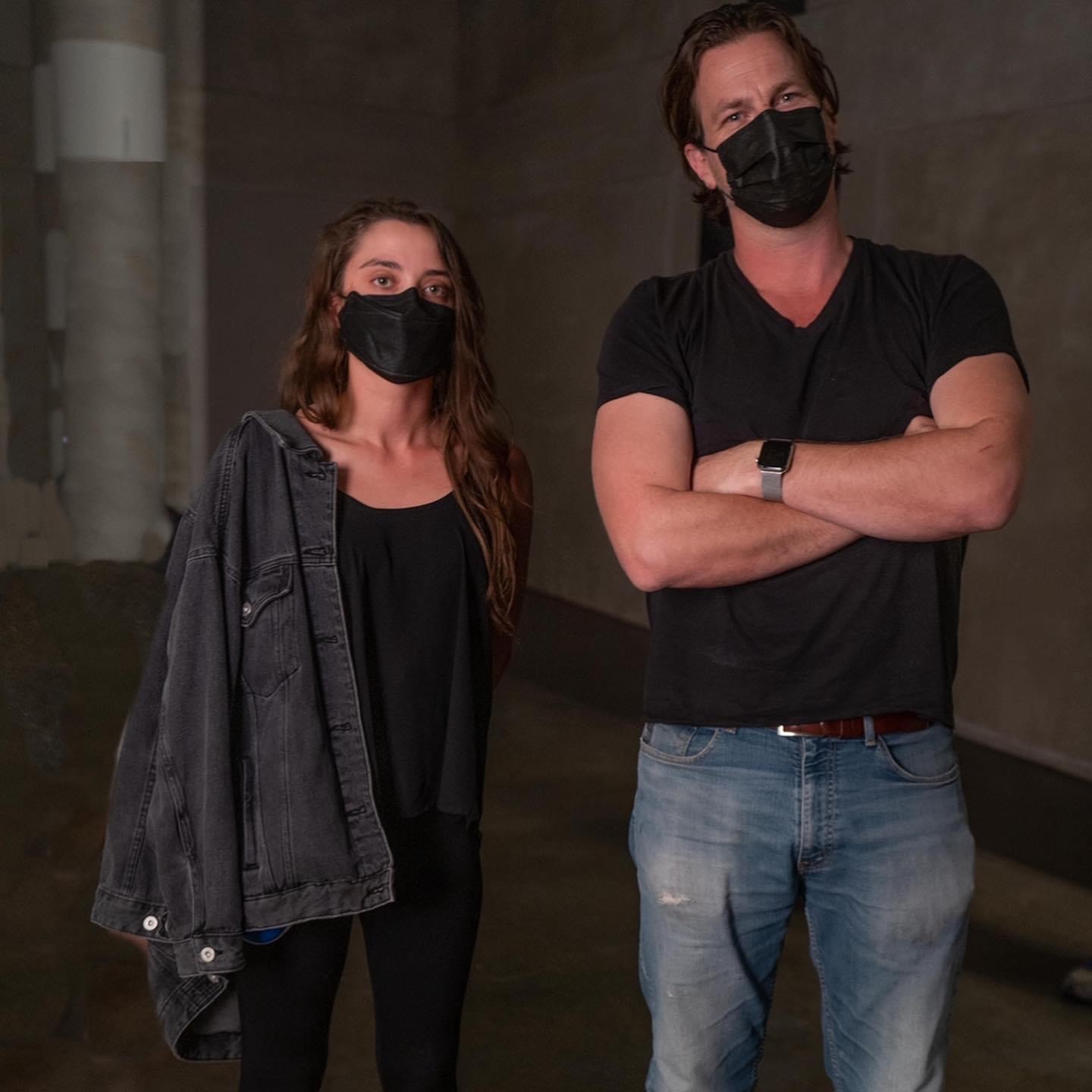 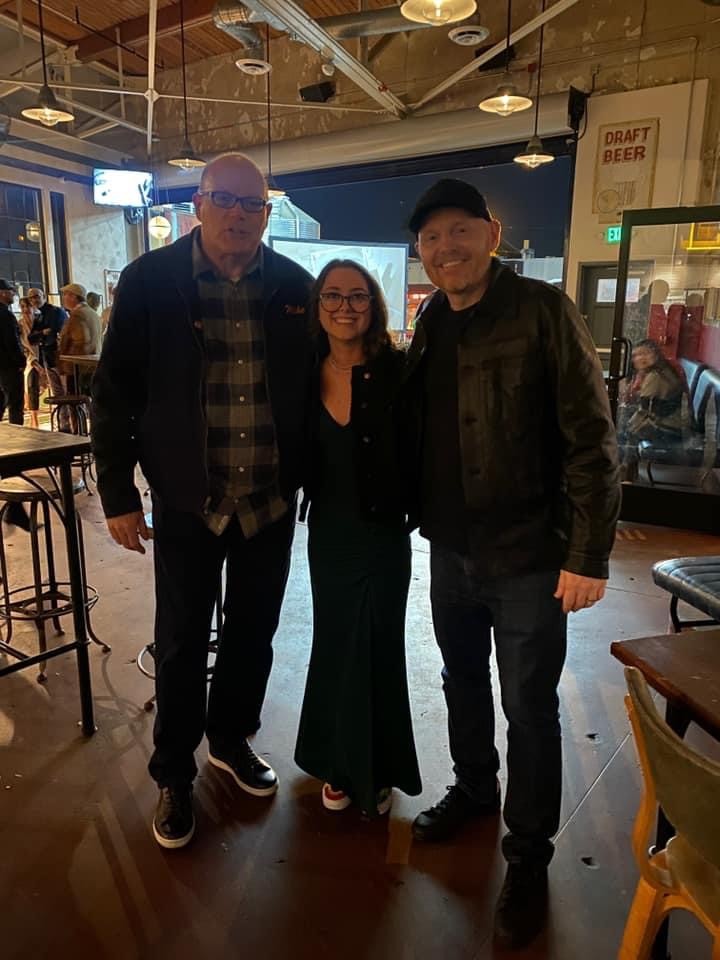