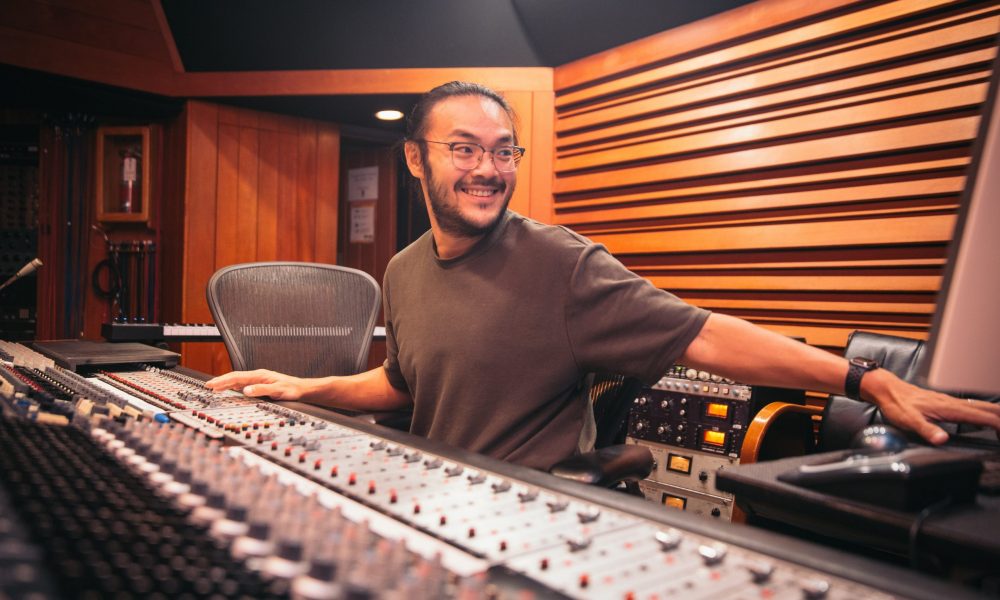 Today we’d like to introduce you to Alvin Wee.

Hi Alvin, it’s an honor to have you on the platform. Thanks for taking the time to share your story with us – to start maybe you can share some of your backstory with our readers?
I was born and raised in a city called Kuching on the Northern part of Borneo Island in South East Asia. The north part of the island along with the peninsula of Malaya formed the Federation of Malaysia in 1963 making my parents first-generation Malaysian. As a guitarist and bass player, I played in different ensembles growing up ranging from Heavy Metal, Hip-Hop to being part of a 40-piece Chinese Ethnic orchestra. That informed a lot of my musical upbringing and forged my interests in music arranging, producing and mixing. I moved to Boston in 2011 for my studies before moving to LA two years later to try to find my way in the industry.

Earlier in my career, I cut my teeth with a record producer and then a score mixer after. I mixed my first film score Dope in 2014 that went on to do very well in Sundance. In 2016 I produced a song for a Malaysian movie with Zee Avi and songwriter Rendra Zawawi that went on to win best original song at the Golden Horse Awards. From there on I found my way in LA working on everything from music productions, film scores, video games scores to VR experiences.

Between the unpredictable hours of my job, the diverse food scene in LA (Tacos!), beautiful beaches and gorgeous hikes, I’ve found a deep appreciation for the city and its life here. I still have roots in my tropical island upbringing and I am very happy to have a little sense of that here in LA with all the other things the city has to offer

Alright, so let’s dig a little deeper into the story – has it been an easy path overall and if not, what were the challenges you’ve had to overcome?
I think it’s no more difficult than what most transplants from less fortunate countries encounter when there integrate into a new society. A huge struggle originally when I arrived is cultural especially back in the east coast where people are more “go go go”. They tend to speak faster there and walk really quickly (I assume to be because of the weather) so It was tricky to keep up when I first arrived in the United States. Also, the changing seasons still is a huge struggle for me. Growing up on the equator meant that we never had temps below 65 degrees. I need to wear at least an extra layer when I go into the fall and winter.

Thankfully I didn’t have to worry about that as much when moving over to LA, There was the initial struggle of learning the layout of the city. LA is so spread out and it’s easy for people who see the immediacy and tall buildings of other giant cities to dismiss it as just seemingly barren. So learning how the city functioned geographically was a slow and rewarding adjustment.

I think also with metropolitan cities, there’s just a higher cost of living. That paired with starting out with the value of your money you bring from your home country being a quarter of what it’s actually worth means there’s a very real need to be strategic and lean about your spending habits when you first arrive. There’s a huge adjustment in terms of how much things cost and what things I had to pay for. I relied a lot on the kindness of communities and friends to help me, while slowly building a network of support for me and people so that I could eventually pay it forward.

Can you tell our readers more about what you do and what you think sets you apart from others?
I”m a music mixer, producer and engineer. The analogy I use is being a Chef. I take the main ingredient (in this case the song/composition) and with my own source of herbs and spices combine it, cook it, plate it and then present it to the consumer or the next person who brings it to an audience. I basically help the music production process along sometimes writing the song with the artist and sometimes I just mixing the music depending on the needs of the project.

In a film score, after the composers write the score and approve it with the director, they engage me to help record the ensembles – typically an orchestra, sometimes a band, and other times soloists. Then I take those recordings and clean them and polish them making sure that all the coughs and chair creaks are cleaned out and also to pull attention to the appropriate musical idea at the right time. I also make sure everything sounds balanced so that your Bassoons are heard and not overpowered by huge drums in the same track. In the event of synthetic elements and electronic drums present, I make sure that they fit well into the musical context of the live instruments by using the software I have.

On a song, I sometimes sit with the artist and figure out the lyrics. Or sometimes they come to me with an iPhone recording and I help flesh out a track and arrangement in my software. Then I will record vocals and produce those vocals so we get a powerful and impactful performance out of them. As a bass player and guitarist, I will play on my own arrangements if I get the chance!

What were you like growing up?
Since I grew up without brothers and sisters I found companionship with friends outside and also books. I was very curious growing up and I think that never went away. Whether it was reading or talking with friends I always wanted to find out more about everything. I’ve always been a “turn it up to 11” kind of guy so everything I did was always to the best of my ability. I had a natural talent for academic studies since I never actually studied and got decent grades. My teenage years I fell deep into the music hole playing for bands and ensembles. I was doing computer coding at a college level at that point and couldn’t decide if I wanted to be in music or tech. 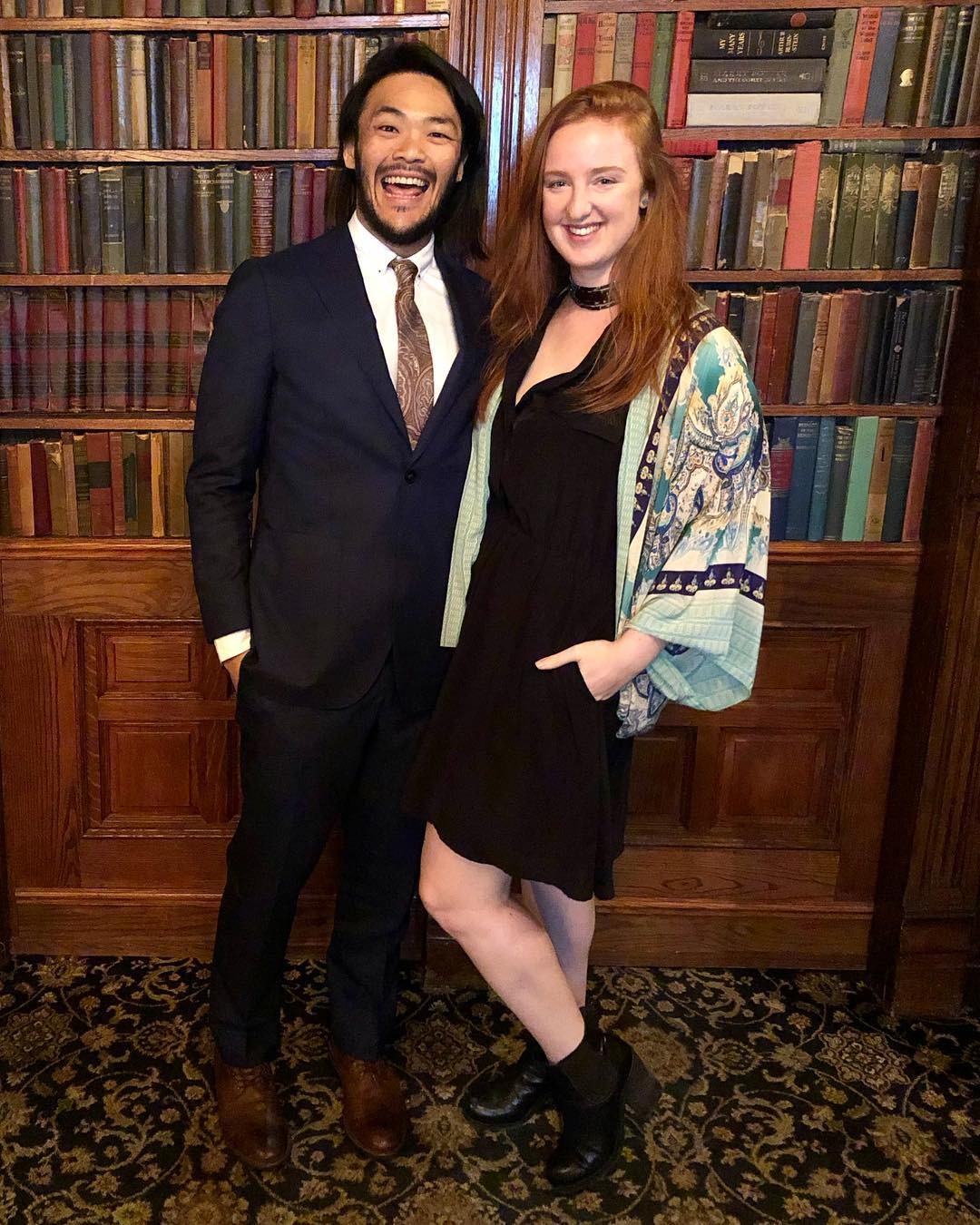 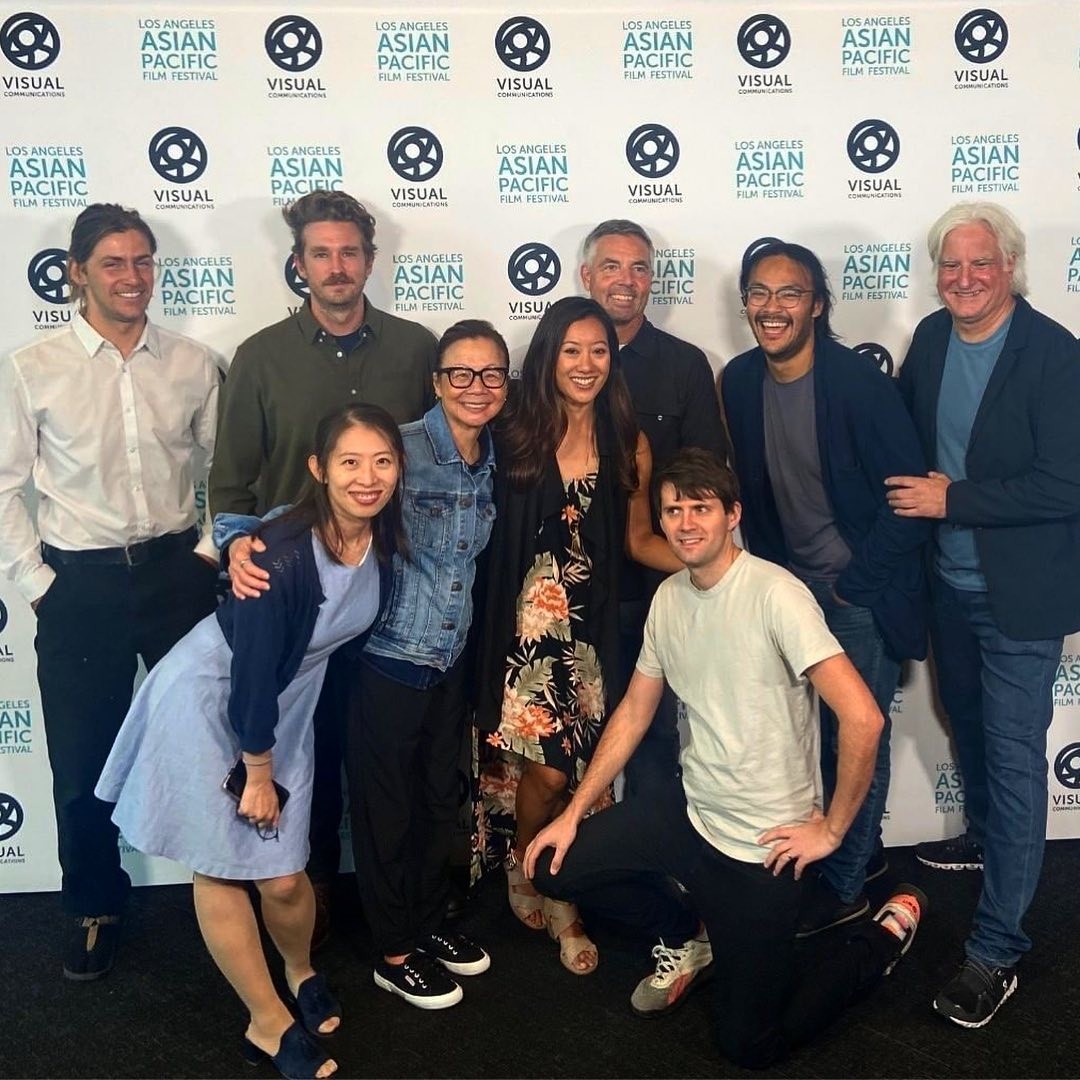 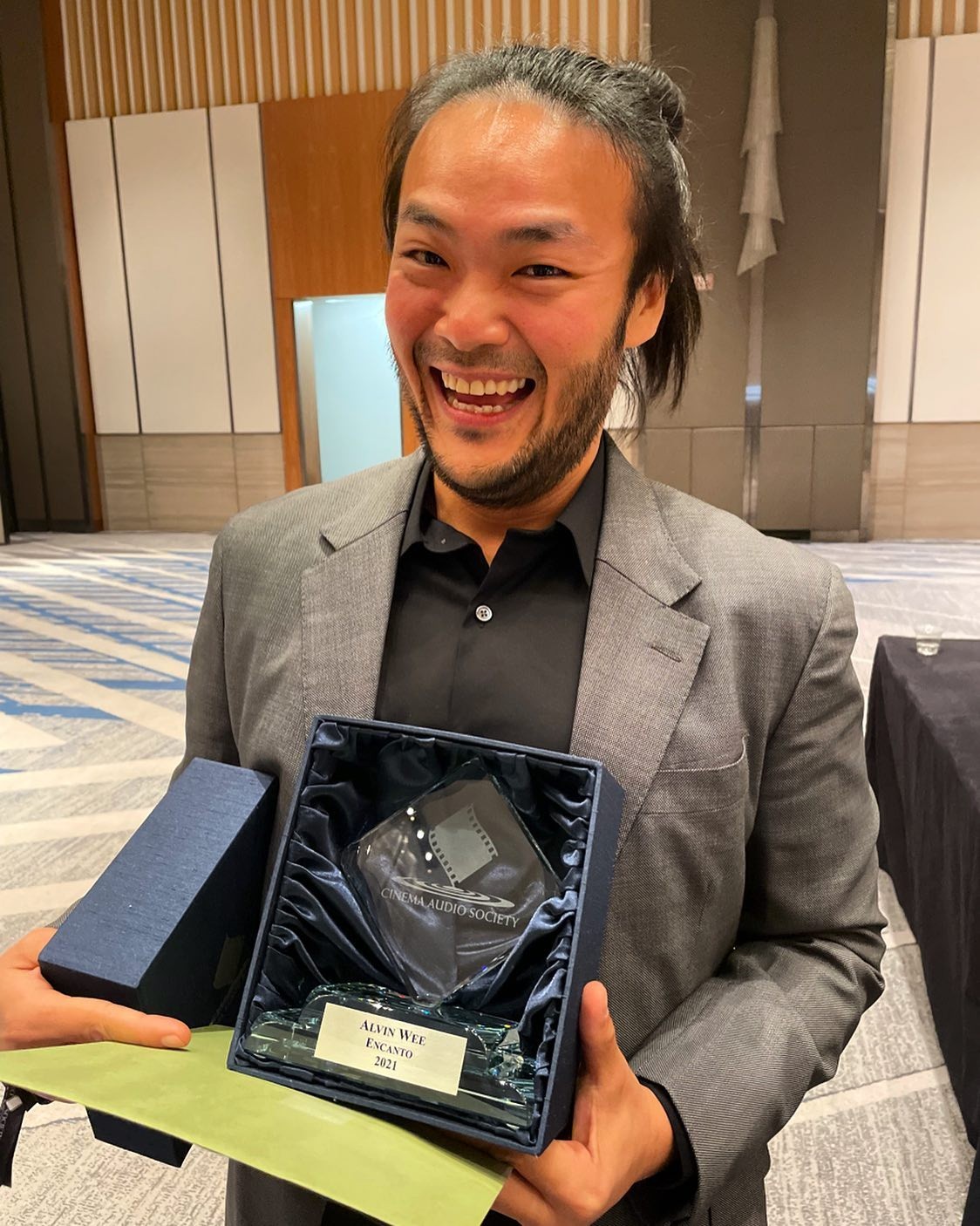 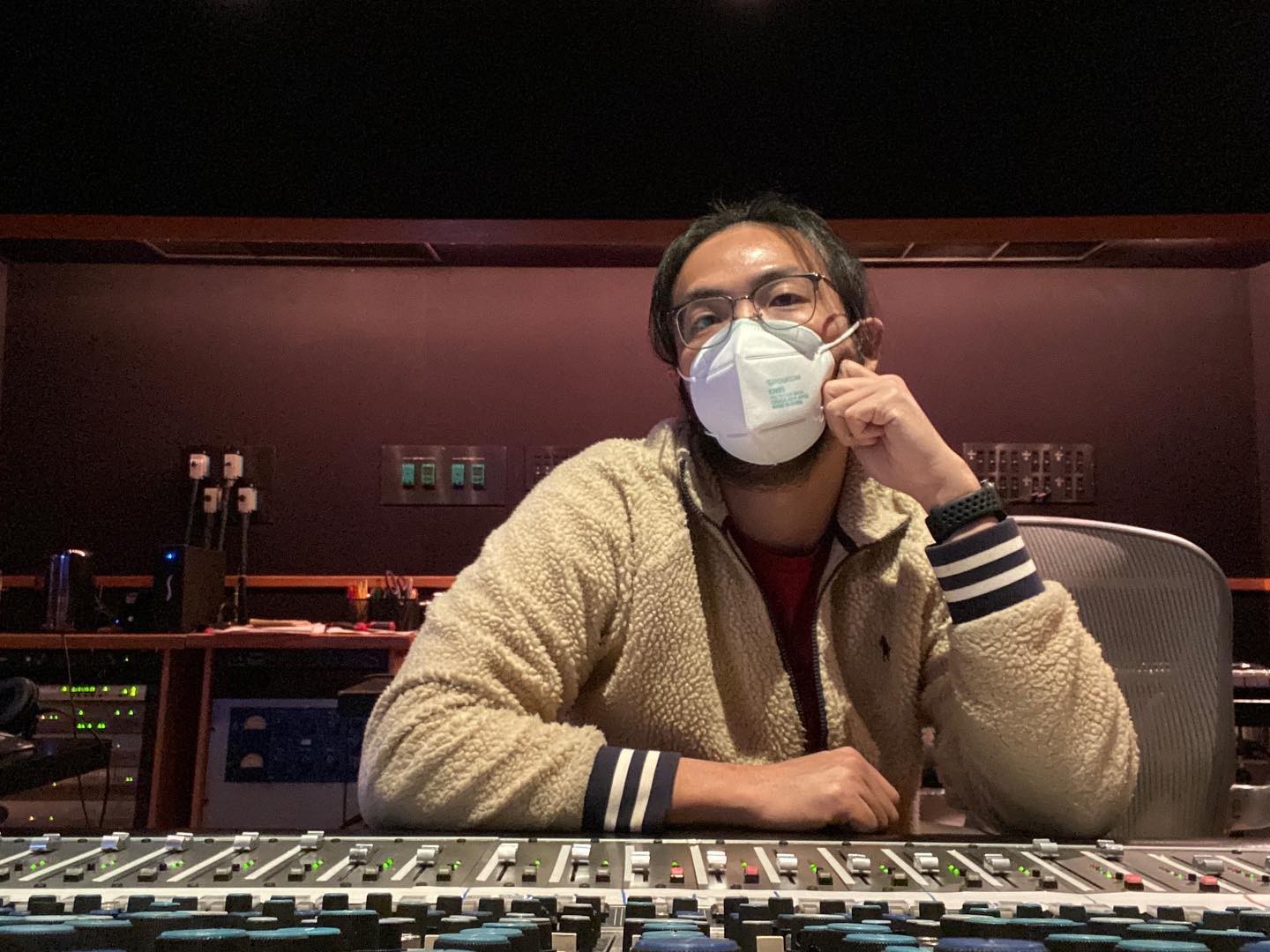 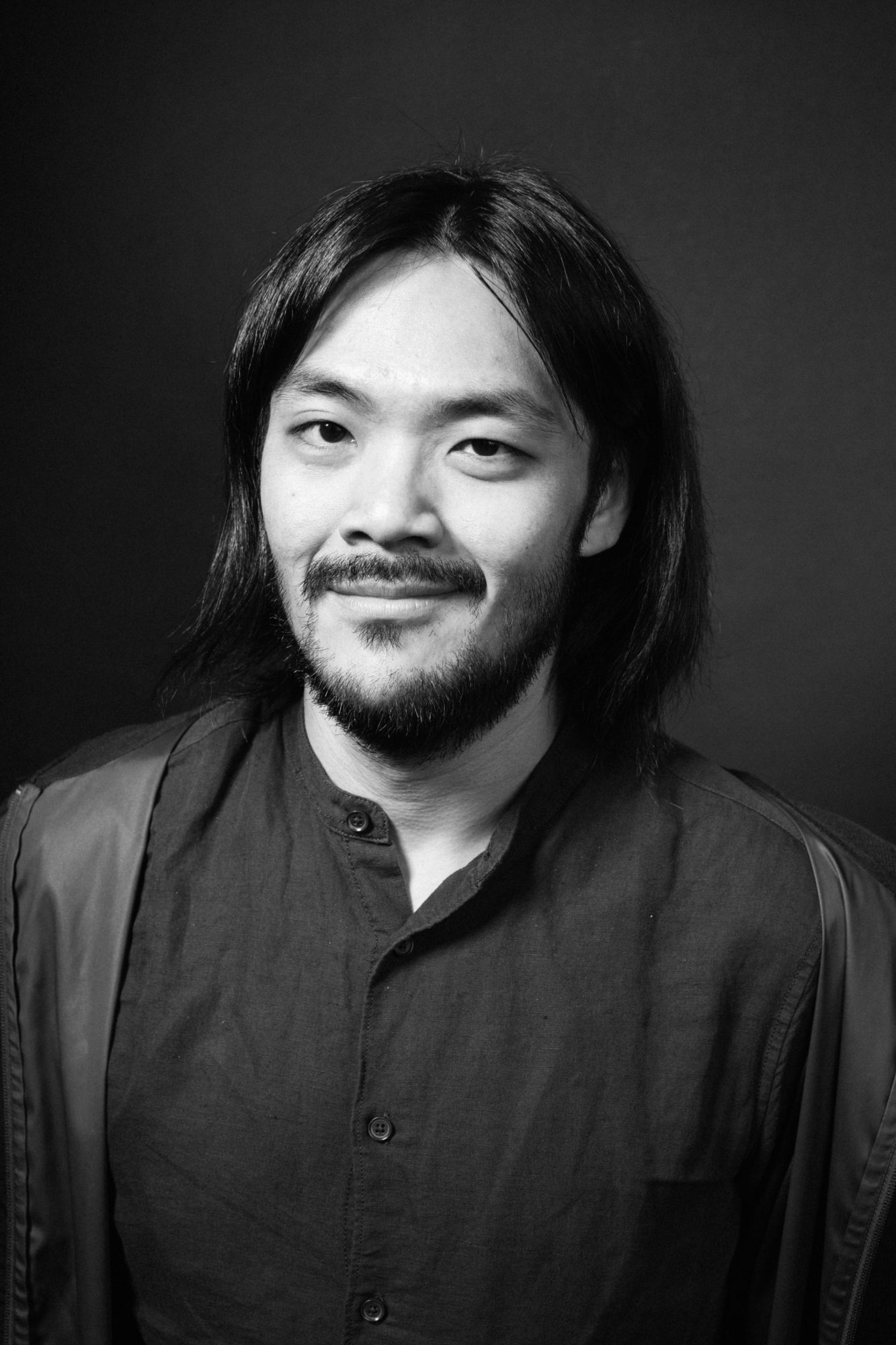 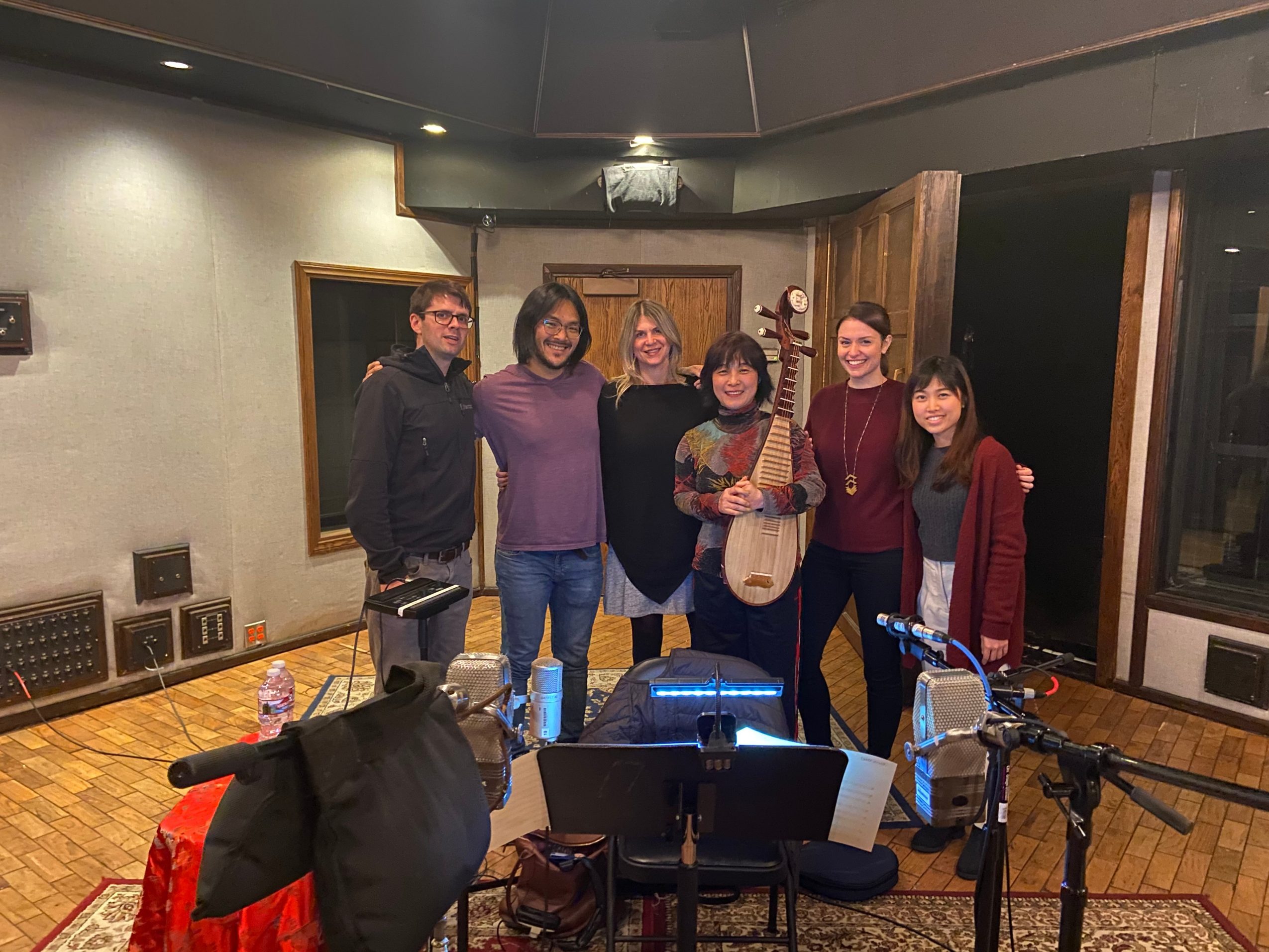