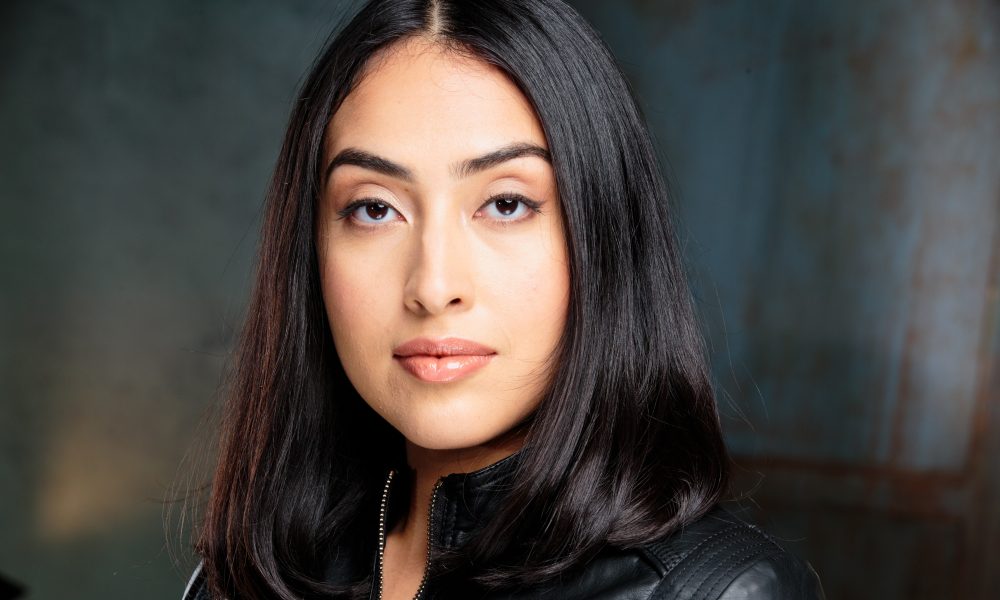 Today we’d like to introduce you to Alexandra Almendarez.

Hi Alexandra, so excited to have you on the platform. So before we get into questions about your work-life, maybe you can bring our readers up to speed on your story and how you got to where you are today?
Hi, so nice to meet you. Thank you for the opportunity to share my story! I’m an actress, singer, and salsa dancer based in Los Angeles. I’m represented across the board by Sapphire Entertainment Management (LA/NY) and JVC Talent Agency (LA).

My passion for performing began very early on at the age of nine, when I joined the school choir in elementary school. From then on, I continued on the path of music and theater. Those early choir concerts, plays, and monologue competitions were really the foundation of my performance career. I always enjoyed school and excelled in English and Writing, but I’ve always known that performing is my true purpose. My journey has been wonderful, but it wasn’t always linear.

I worked hard in high school, and in addition to the high school workload I also had to start working when I was 17, working a minimum of 20 hours a week. Despite the workload, I graduated in the top five percent of my class, maintained a high GPA while juggling AP classes, a lead role in a play, choir solos, competitions, speech and debate club, and student directing. I graduated high school with the intention of studying music in college and was accepted into several UCs and CSUs. In my freshman year in college, I enjoyed pursuing music but decided to change my major to Business Administration, wanting to explore something different and unfamiliar, learn a new skill, and really challenge myself.

I graduated from Cal State University, Fullerton with a Bachelor’s Degree in Business Administration with an emphasis in Entertainment and Hospitality Management. This was a very pivotal moment – studying business really showed me that it’s just as important as the artistic side in Hollywood. It’s important to be business savvy, to know how things work, and after graduating I felt like I had new armor, new motivation, and new knowledge that I could use. While in college, I was also the winner of a large scholarship awarded by the Hispanic Scholarship Fund for my essays on my Hispanic heritage, which helped me to recognize my impact on the industry as a whole.

After having many different jobs during my college years, from working behind the scenes of a PR company for the Emmy’s and Oscars, being a manager in food service, helping produce showcases for international performance groups, and tutoring math and reading, I decided to go back full-time to being a performer in 2017. I learned so much from all of those different jobs and my degree, and I was truly grateful for those experiences. And because of all that, I realized that it wasn’t the path for me, and that I belonged in front of the camera and onstage. That was when I booked a role in the show Dreamgirls at the Cupcake Theater in North Hollywood, and I never looked back. What was also really valuable was my time in the Citrus Singers at Citrus College, where I was Student Director, Section Leader and a Lead Soloist on our tours in Germany, the Czech Republic and China; in that program, I was also able to study Vocal Performance, Theater, and Dance with many incredible educators such as Douglas Austin and Martin Green.

After booking Dreamgirls, I dove straight into acting for television and film at the Annie Grindlay Studio (LA) with Jo-Ann Pantoja, my mentor. I also take scene study with the wonderful James Ciccone at Actors Axiom (NYC) and continue to take classes for commercial audition technique and voiceover. I’m also a professional singer and teach when I can as a vocal coach (styles include musical theater, classical, jazz, Latin jazz, pop and rock); in addition, I’m a Latin dancer, specifically salsa and mambo dance, and have danced on several dance teams and have been featured as a dancer in music videos.

Some of my credits include National bookings for Uber and Starbucks, booking as a model on “The Real Day Time Talk Show” on FOX, modeling an outfit inspired by Jennifer Lopez; booking as the Lead Dancer in the music video for the Grammy-nominated Mariachi Sol de Mexico for their track, “Por Una Cabeza,” and several short films, feature films, and web series. I’ve also written, cast, produced and starred in my own projects, which have really helped me appreciate what goes on behind the camera. Additional credits include session singing for the Grammy Award-winning Melissa Manchester on her track, “You Gotta Love the Life,” Hodel (Fiddler on the Roof), Rosalía (West Side Story), Crystal (Little Shop of Horrors), and Sweetheart (Dreamgirls).

Despite the pandemic, this past summer I was in New York City for final callbacks for the national tour of a new musical, and just recently booked a recurring role on an animated series that’s on YouTube, Spotify and Netflix. I’m so thankful to continue my journey as a performer and to help inspire others. My true mission in life is to help people find and follow their purpose, so any time I can, I make sure to help others. I’ve had so many people help me on my journey and it’s always important to pay it forward. And as a Latina and Native American woman, representation is so important to me. We are gaining momentum, and my goal is that when people see me on the big screen, they will be inspired and know that they can do it too. We are unstoppable. And we have stories to tell. I’m just thankful that I can be an inspiration and empower others.

We all face challenges, but looking back would you describe it as a relatively smooth road?
My journey was definitely not linear, but it was the right path for me. Looking back, I faced many challenges.

I had to start working in high school and have stayed working ever since. I had full course loads, extracurricular activities, and leadership positions while working 20 hours a week and maintaining a high GPA. It got more intense in college, where I would sometimes be taking up to 17 or 18 units a semester plus work, being in shows, and attending school events.

I was juggling so many things at the same time. There was a point in my life where I was in the Citrus Singer Program full-time while also going full-time to Cal State Fullerton and still working part-time outside of school, in addition to shows and a social life.

Another new and exciting challenge was transitioning in acting technique, from Theater to Film and Television. I basically had to start from scratch. Since I have a theater background, I was used to performing to the back of the theater, projecting, and being larger than life. And acting for T.V. and Film can be larger than life in some aspects, but the camera picks up everything, so even the smallest smirk, nod, or pursing of lips carries worth. I had to shed some of my old knowledge to make room for the new. And it really is quite amazing, acting for T.V. and Film is truly capturing life that we live every day, with its subtleties and nuances. It’s beautiful.

In regards to the pandemic, everyone has been impacted in some way, positive or negative. This was a really important time for me. Early on, when things were shutting down, instead of discouraging me, I felt invigorated. I remember I did like 8 open calls and monologue competitions, updated my website, revamped my studio, and wrote, cast, starred, and produced my own work. I felt like that first year was a great time for me to look within and get everything in place for when the industry came back. Also, that first year I remember I had wrapped a short film just before things shut down around February, and a few months later I got an amazing manager. In the second year of the pandemic, I got a wonderful agent. I’ve been really blessed, but I also pat myself on the back for the hard work I’ve put in. When circumstances are tough, I always take on the challenge. It makes you a better person.

Also, as a Latina and Native American, I’ve pushed harder to be seen in the industry as a leading lady with my own perspective. I don’t feed into stereotypes and I really enjoy auditioning for roles where ethnicity isn’t the backbone but rather a subtlety of the character. I’m so happy to see so many Latin women/women of color in leading roles. We are on our way! My goals are to book a Broadway show and to be on a procedural drama.

Appreciate you sharing that. What else should we know about what you do?
I started singing when I was nine years old, and that’s how most people knew me early on, because that was the first step on my artistic journey. Growing up, I was sort of shy, but when I was on stage, I found my place. I carry that feeling with me everywhere I go.

What sets me apart from others is that I have extensive training in many areas and work consistently in these areas at a high level. I am constantly finding new ways to improve, and I am always willing to learn, whether it be from watching a new series, a Ted Talk, a podcast, or reading a book. There’s always room to grow. Also, always stay humble.

If we knew you growing up, how would we have described you?
Growing up, I was very artistic. When I was little, I used to write and illustrate my own short stories, write poems, I used to draw a lot. I also used to read a lot. I always enjoyed school and my favorite subjects were English, Reading, Writing, and Art. My third-grade teacher, Mr. Davis, used to bring his guitar into class and we would sing folk songs, and I think that was what sparked my interest in music. In fourth grade, I decided to audition for the school choir, I got in, and I remember getting my first solo, “Rockin’ Around the Christmas Tree.” Thanks, Ms. Waas, my first choir teacher!

My parents also love music and have an extensive record collection. My mom would always play the soundtrack to West Side Story and Phantom of the Opera, that was my introduction to musical theater. And watching the original West Side Story was the first time I saw Latinos in cinema. My extended family is also very musical. My grandma was a singer and performed a few times on the radio when she was young with my great aunt, my grandpa could sing, my uncle was the president of his choir, my aunt is an opera singer, and some of my cousins are also singers and have their own bands. We’re a musical family.

It wasn’t until I was in seventh grade that I took my first drama class. It was so much fun, and I remember landing my first lead role in the play, “Oh, What a Tangled Webb.” I’ve had so many wonderful educators in my life, including my middle school and high school choir director, Todd Helm, who taught me from sixth grade to my senior year in high school, and Skip Clague, my high school drama teacher who entrusted me with leading roles in many plays, scene competitions, monologue competitions and student directing. They both had a profound impact on my life, I’m thankful for their encouragement throughout the years. Now I can show others the way. 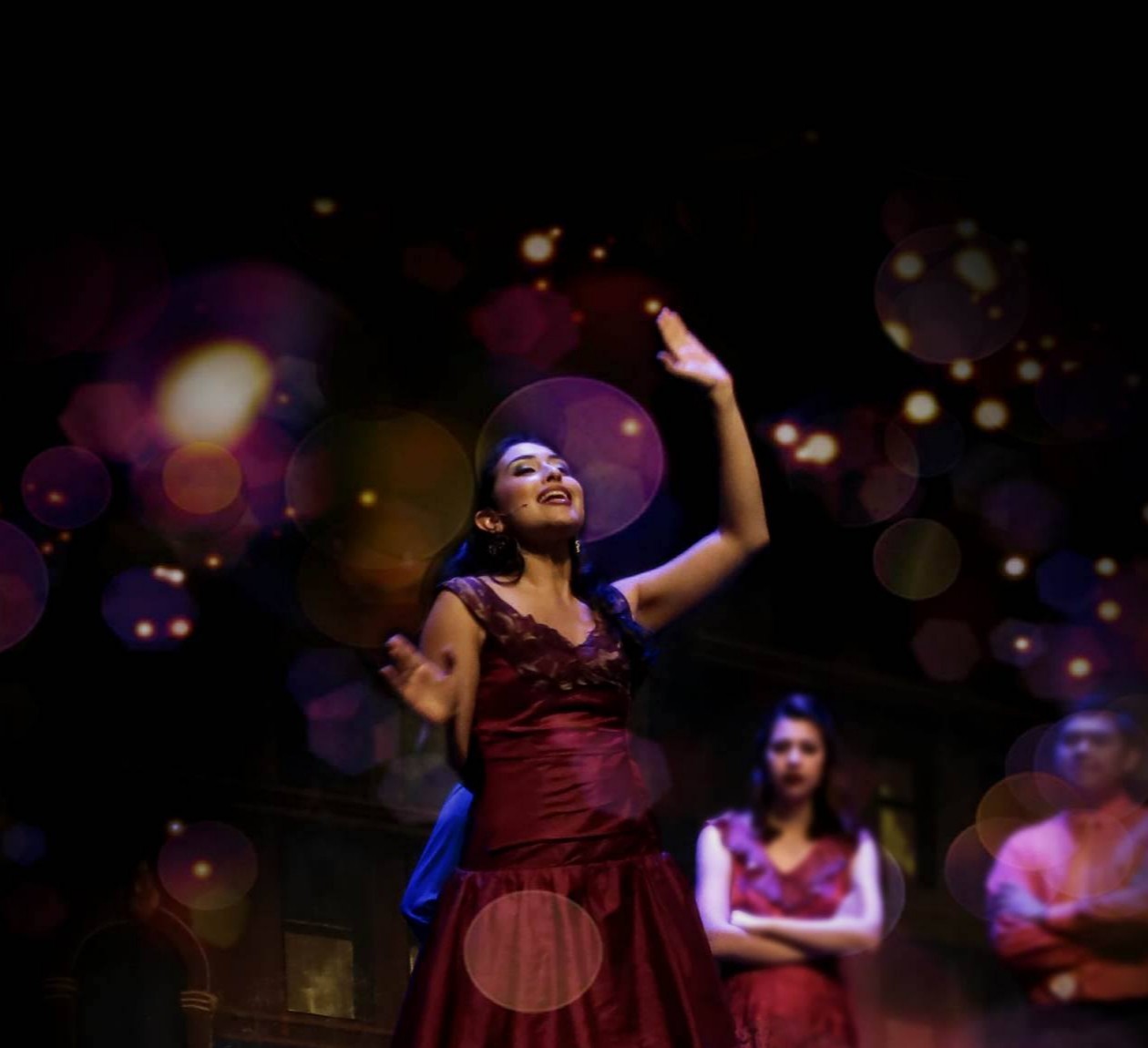 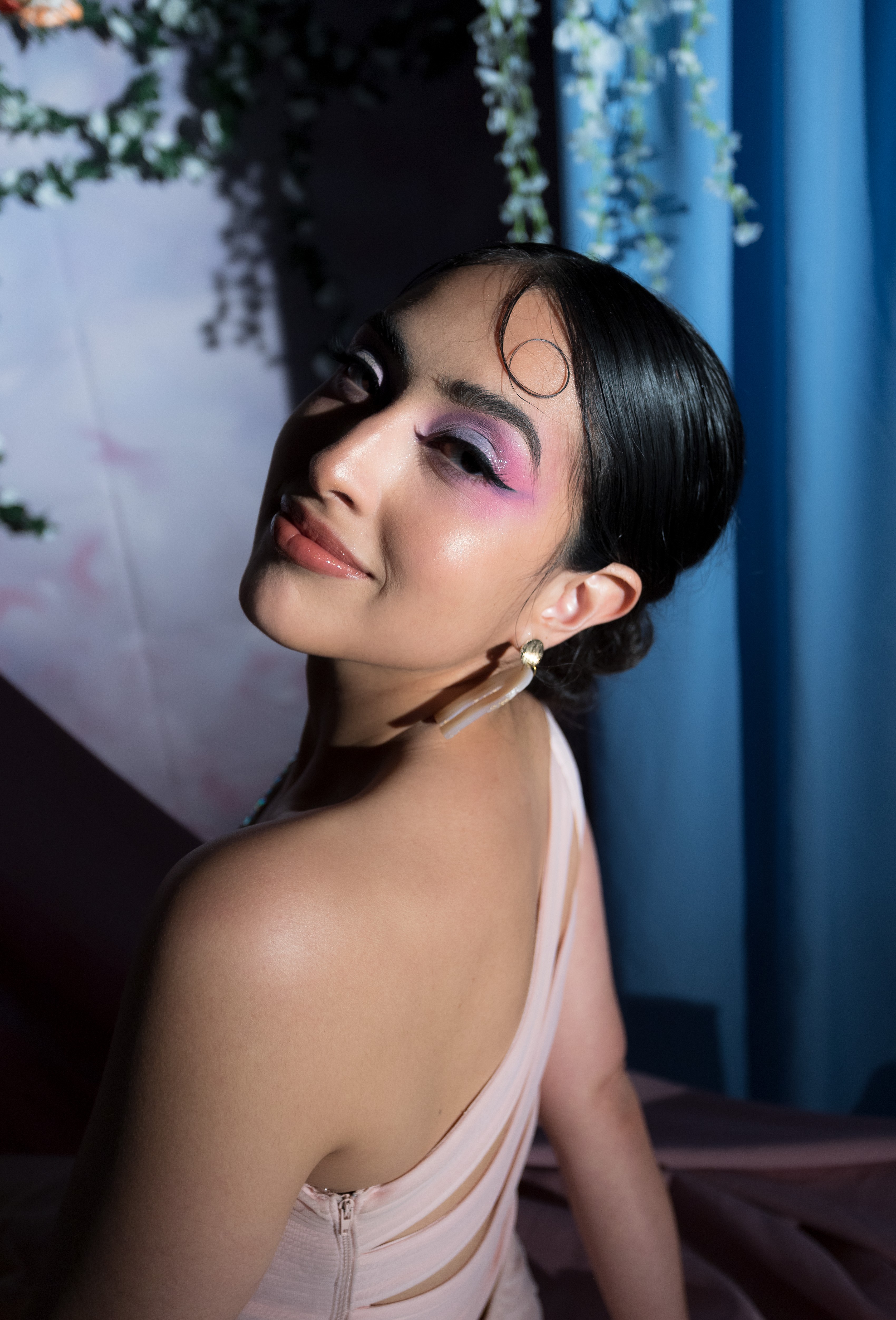 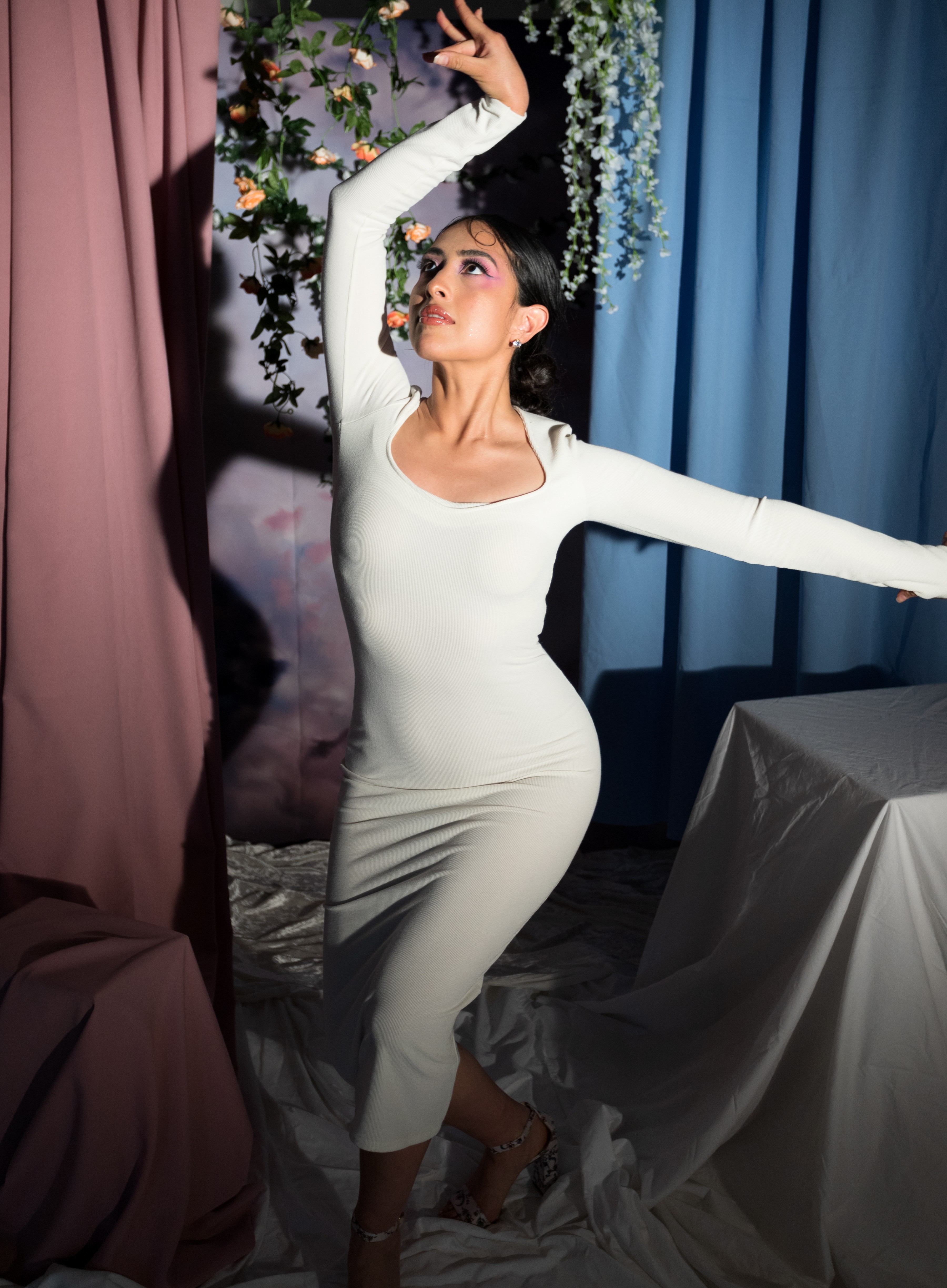 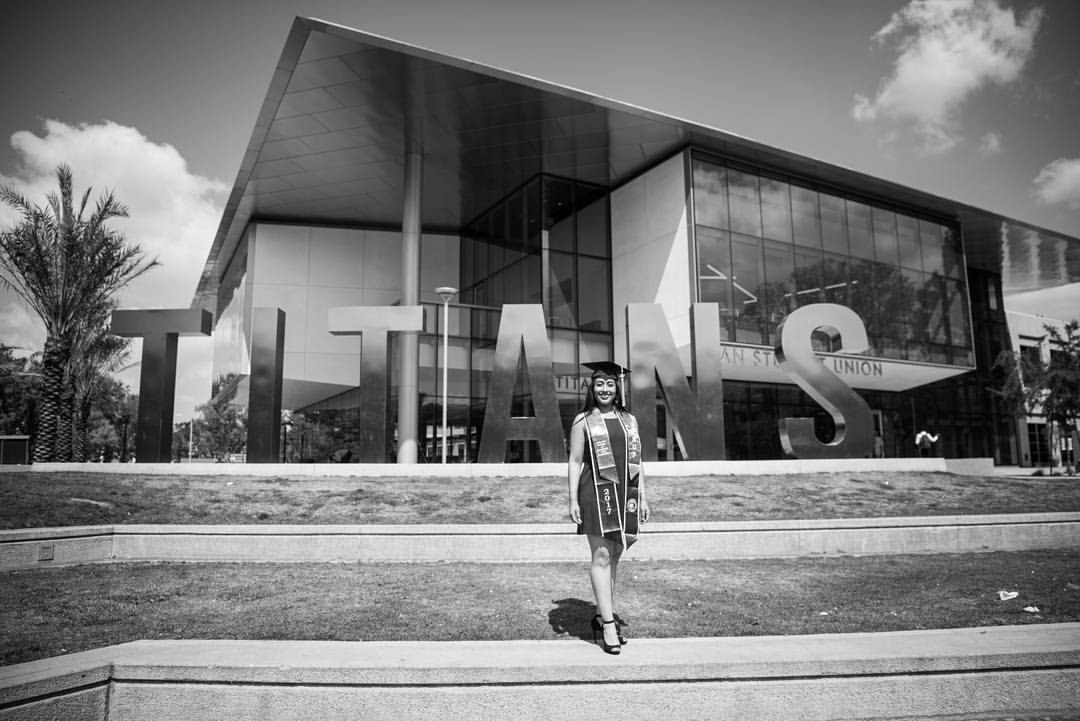 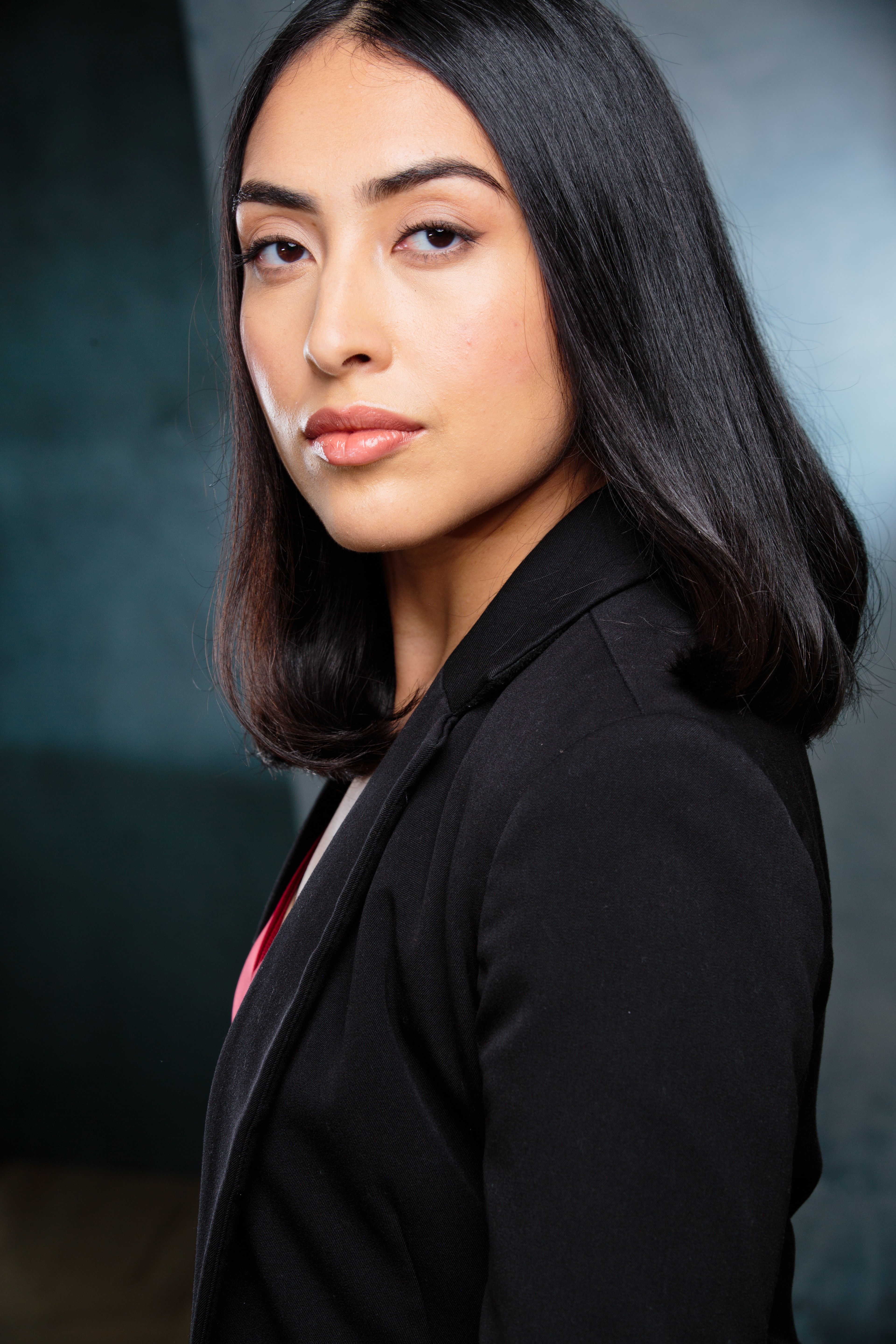 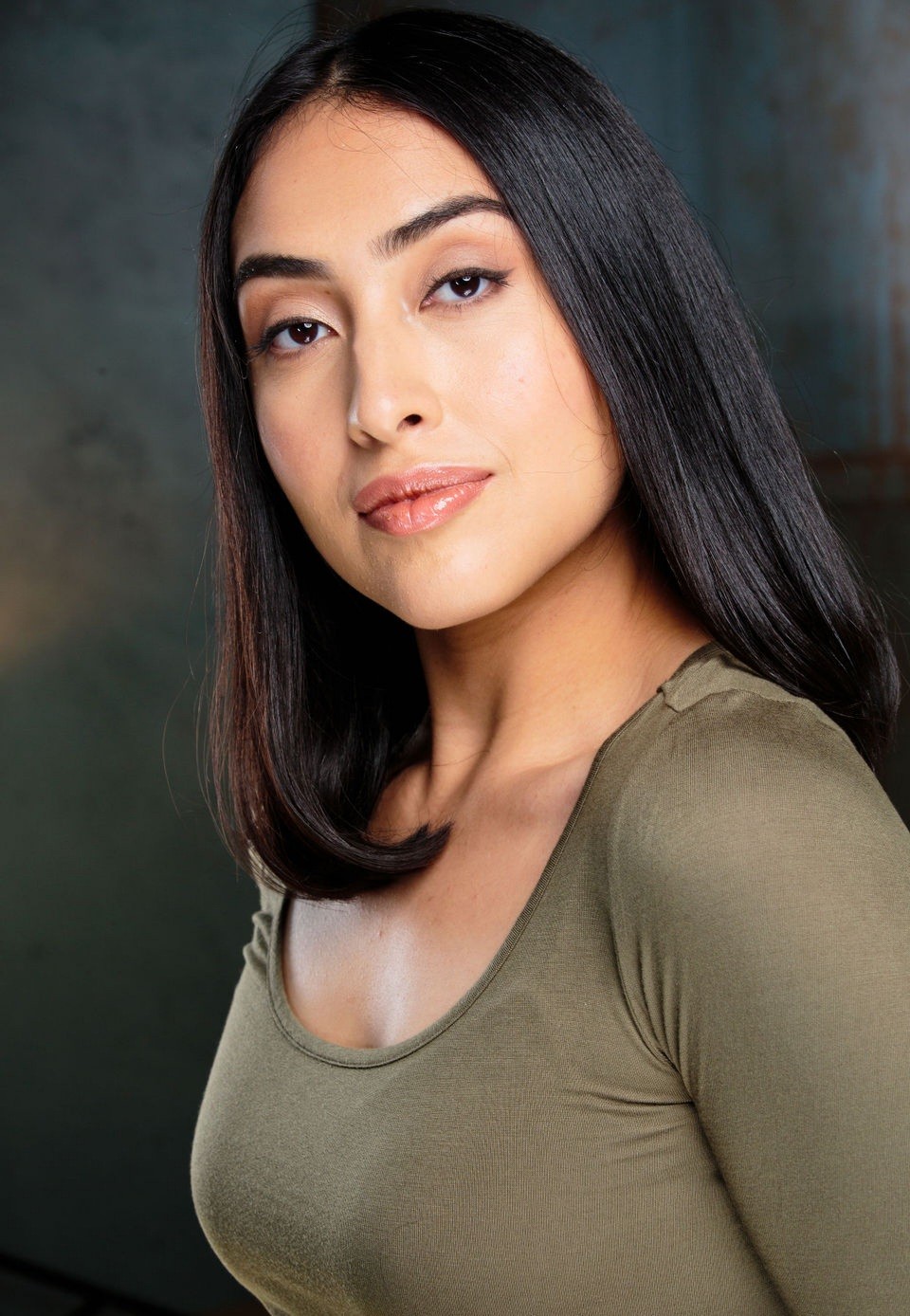 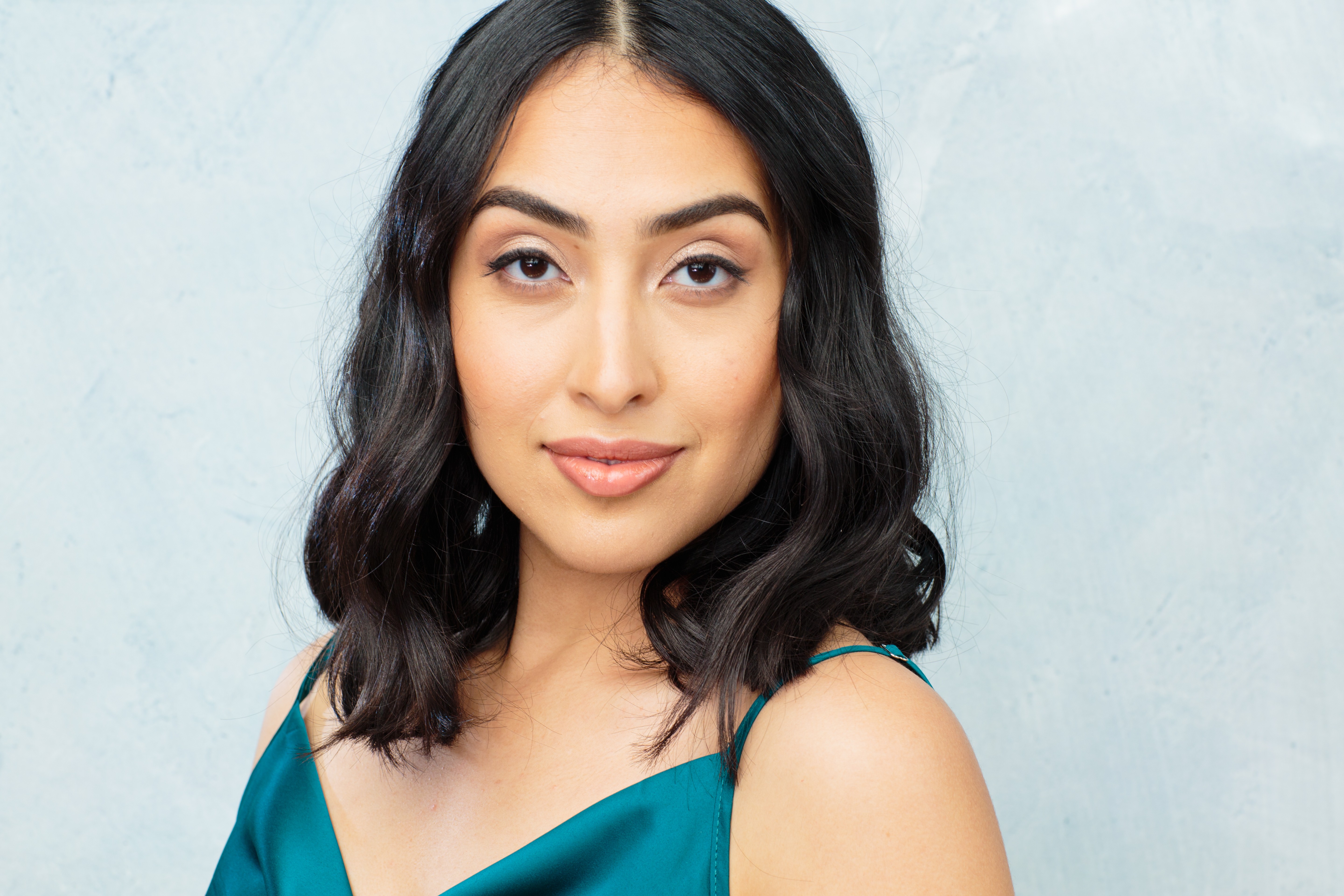