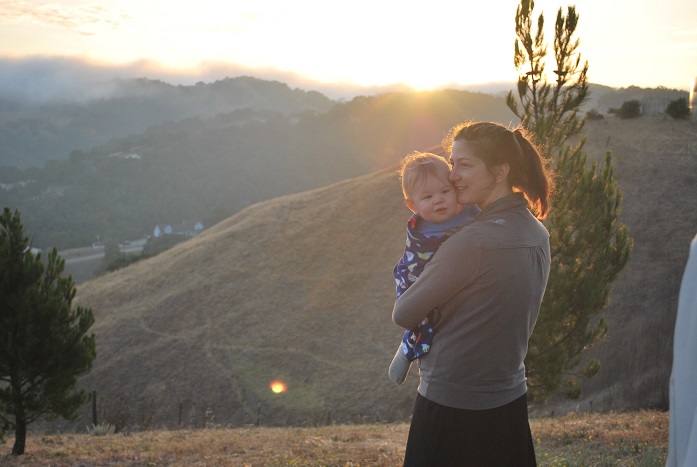 Today we’d like to introduce you to Abby Lievense.

Hi Abby, we’d love for you to start by introducing yourself.
I grew up in a tiny town in Wisconsin, my beloved home state. I moved to Los Angeles in 2000 for school and have lived here since. I love Los Angeles!

I met my husband, Jonas, in 2005 and we married shortly thereafter. In 2009 we decided we were ready to start a family. We got pregnant right away and from a medical standpoint, the pregnancy was unremarkable. Everything seemed perfect. Until it wasn’t. I woke up one morning when I was 36 weeks pregnant, and I could no longer feel my strong baby girl moving inside of me. We went to the hospital to learn every first parent-to-be’s worst nightmare, our daughter, Nia Mar, no longer had a heartbeat. Although we will never know for sure, we believe it was likely an umbilical-cord accident. We chose her name carefully. Nia means priceless in Greek and Mar means ocean/sea in Spanish. We picked up the pieces as best we could and moved forward with our new life as childless parents, all the while honoring and remembering our daughter.

We got pregnant again in 2010 and went on to have another ‘typical’ pregnancy, although this one was monitored much more closely due to my history. At 37 weeks, I was induced and we had a baby boy! What joy! He was born alive, breathing, crying! All things that babies are supposed to do.

We quickly adjusted to life as new parents again. While continuing to grieve, remember and honor our daughter, our son, Darus, stole our hearts. He was/is our everything!

Darus developed typically the first 18 months of life, in-line with his peers. The only minor concern we had was his lack of babbling/speech. Our pediatrician didn’t seem concerned, though, so we weren’t either. By his 2nd bday, still no babbling/words, so the pediatrician suggested early intervention services. We signed up and started receiving all sorts of therapy; physical, occupational & speech. The therapists all noted that Darus was “very busy” and had a very difficult time attending to a task. We continued w/ the therapy and were referred to a developmental pediatrician who then referred us to a geneticist. It was all very confusing and scary. Thus began our diagnostic odyssey.

The geneticist first ordered CMA (chromosome microarray). When that came back “within normal limits” I jumped for joy. I figured we just have a “slow talker” … but the geneticist was not so sure. She wanted us to have WES (whole exome sequencing). Our insurance denied it. We had to appeal and got another denial. It was a very dark time of begging for approval to have a test done that we frankly did not want the answer to, but we knew we had to do it. Finally, the test was approved and we went forward with giving blood samples. Months later, we received some rather devastating news.

Our prince, our son, was diagnosed with a SHANK3 mutation, which is synonymous with Phelan-McDermid Syndrome, in September 2014.

It took the wind out of our sails, to say the least. Our whole lives had to be retooled. We learned that our son would be unlikely to ever live an independent life. I wanted nothing more than to teach values: appreciation; dedication; charity; purposefulness — all things that, sadly, are, at least currently, lost on Darus. There’s a neat poem about being a parent to a child with special needs called “Welcome to Holland”. The poem employs a metaphor of excitement for a vacation to Italy that first becomes disappointment when the plane lands in Holland and then contentment at the happy events which they experience instead.

I made a promise to Darus and myself that I would do all I could to help him have a better life.

We continued with the therapies and he was making progress, albeit slowly, until around age six. The 100 or so words that he once had were slowly vanishing. The fine & gross motor skills that he once had also started to weaken and slowly regress. We were never able to pinpoint any specific event that might have triggered this, but the regression has been and still is heartbreaking.

Jonas and I seemed to have different ways of handling the stress of being parents to a child with a disability. I threw myself into the diagnosis. I did everything I could to work towards therapies and/or a cure that could help our son. Jonas, however, withdrew, became angry and the stress of it all definitely took a toll on his mental health. Eventually, our marriage crumbled and we divorced after nearly 14 years of marriage.

Once again, we had to pick up the pieces. Even though we were living separately, we both still cared deeply about each other and we were able to amicably co-parent.

Around this same time, I, along with two other parents, launched a SHANK3 research-focused non-profit organization named CureSHANK. The singular mission of CureSHANK is to accelerate the development of treatments for Phelan-McDermid Syndrome and SHANK-related disorders.

In August 2020, the unimaginable happened. Just one day after Darus’ 10th birthday, Jonas took his own life. Nothing could have prepared me for the devastation this brought to our world. Trying to explain to our son that he’ll never see his Daddy again was unbearable. And for me, I was in this very awkward state of wondering if I was a widow or not. Technically we had divorced, but we remained close. And I spent the months after the divorce doing everything I could to help him. Sadly, it wasn’t enough.

Life isn’t fair. Which isn’t new to me. I get it. It’s just so much more unbalanced and difficult than I could have ever imagined. I keep trying to find reason and meaning, but it’s tough.

I am very thankful for my health, my family, my job. I feel overwhelmed at times but mostly fulfilled. I am fortunate to have the help and resources I have, as I know many that go without (I don’t know how they do it, but they do). I take nothing for granted and firmly understand that none of us are guaranteed a tomorrow, so I try to live each day with a good attitude.

In closing, I’d like to share that CureSHANK had a banner of a year in 2021 and we raised over half a million dollars. We completed a conceptual model earlier this year, have successfully launched a drug consortium and will be holding a patient-focused drug development meeting with the FDA later this year. I, along with my partners, are doing all we can to keep our promises to our children! Here’s to hoping we continue the momentum towards precision medicine!

Alright, so let’s dig a little deeper into the story – has it been an easy path overall and if not, what were the challenges you’ve had to overcome?
My daughter was born still when I was 36 weeks pregnant in 2009.
My son was diagnosed with Phelan-McDermid Syndrome, a severe lifelong disability, in 2014.
My husband lost his battle with mental illness and committed suicide in 2020.

Alright, so let’s switch gears a bit and talk business. What should we know about your work?
I am a co-Founder of CureSHANK, a non-profit research fund with a singular purpose: To accelerate the development of treatments for Phelan-McDermid Syndrome and SHANK-related disorders. Our approach is to identify and fund projects that overcome critical barriers to successful drug development and to coordinate scientific efforts to improve efficiency and speed in the field.

How can people work with you, collaborate with you or support you?
If there are any graphic designers or anyone that can help us with social media, that would be amazing! 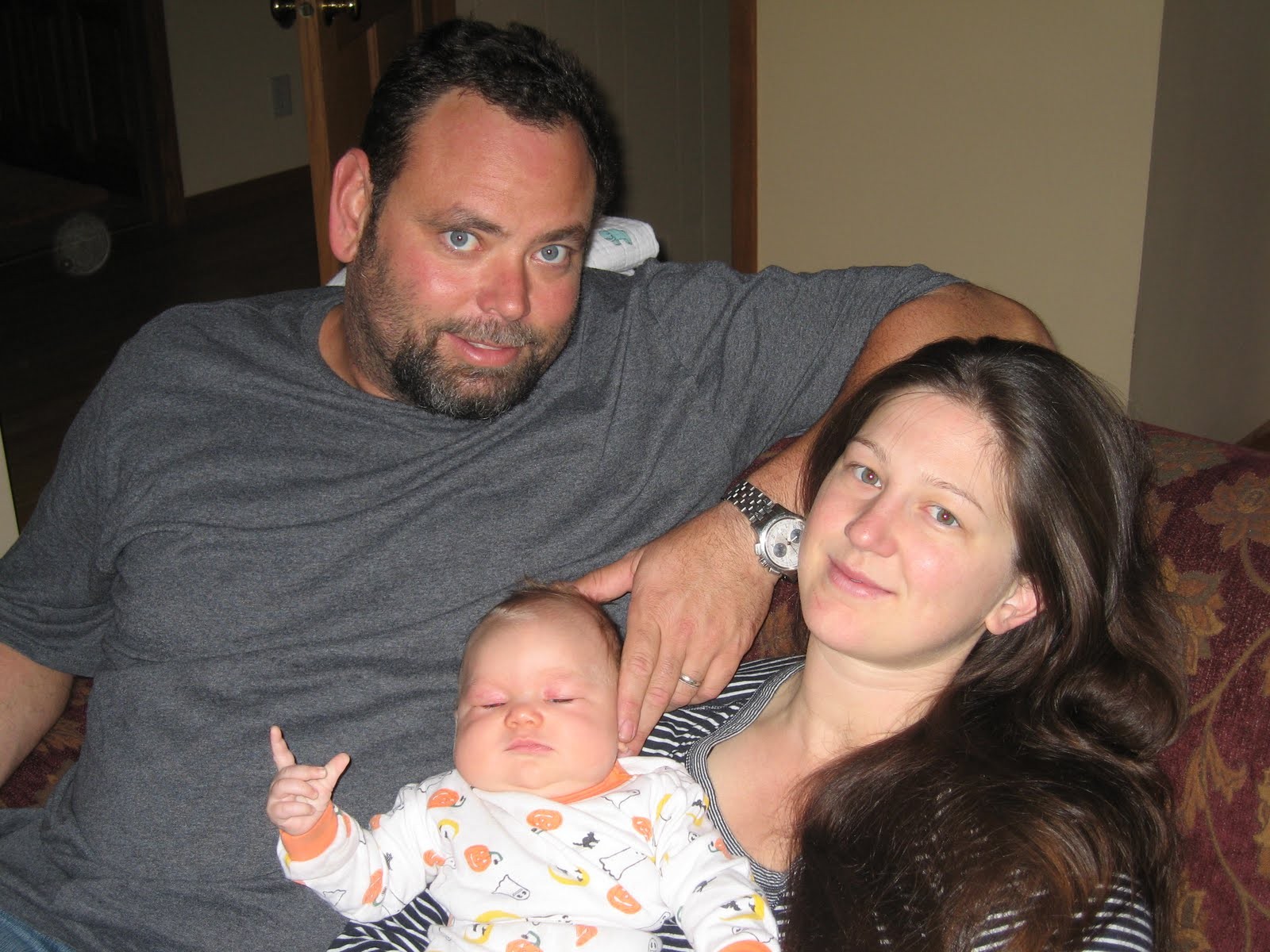 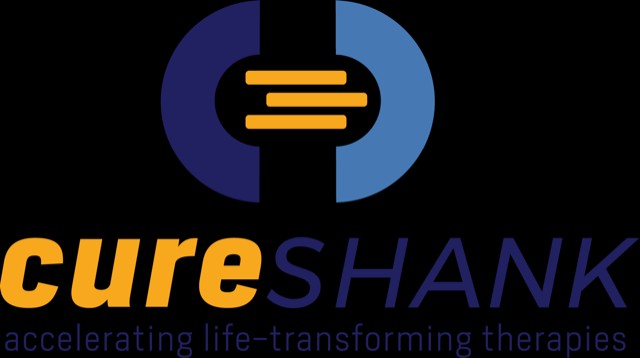 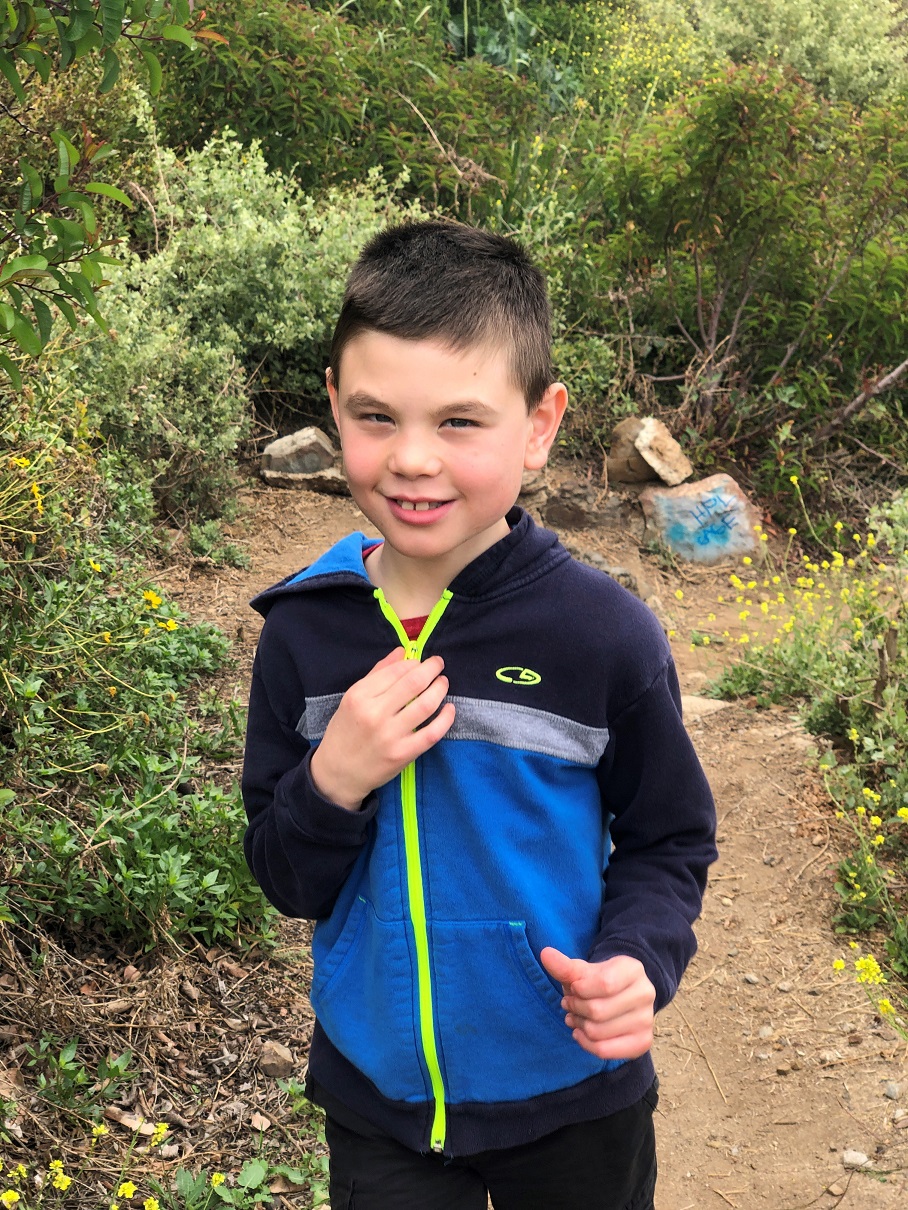 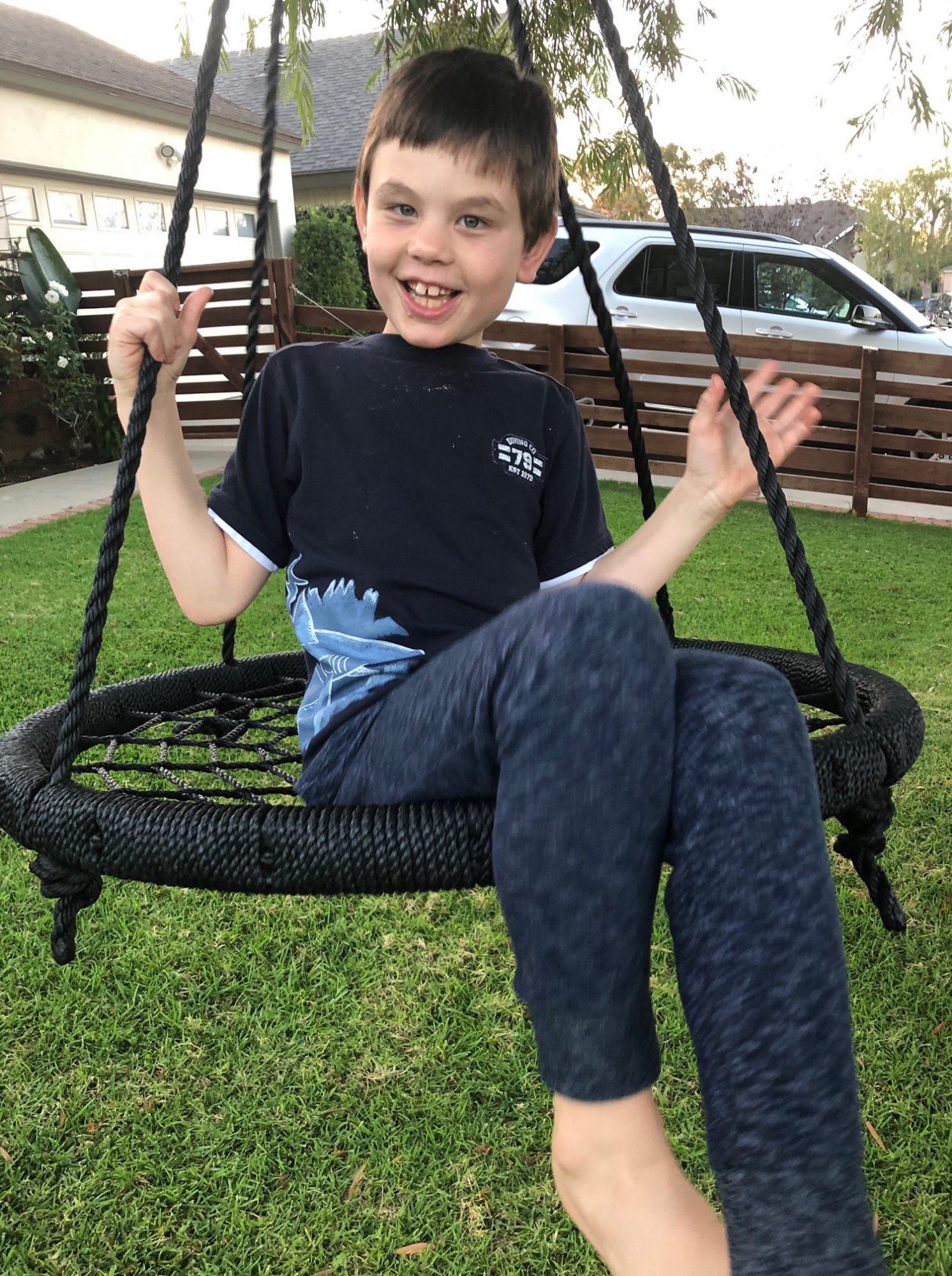 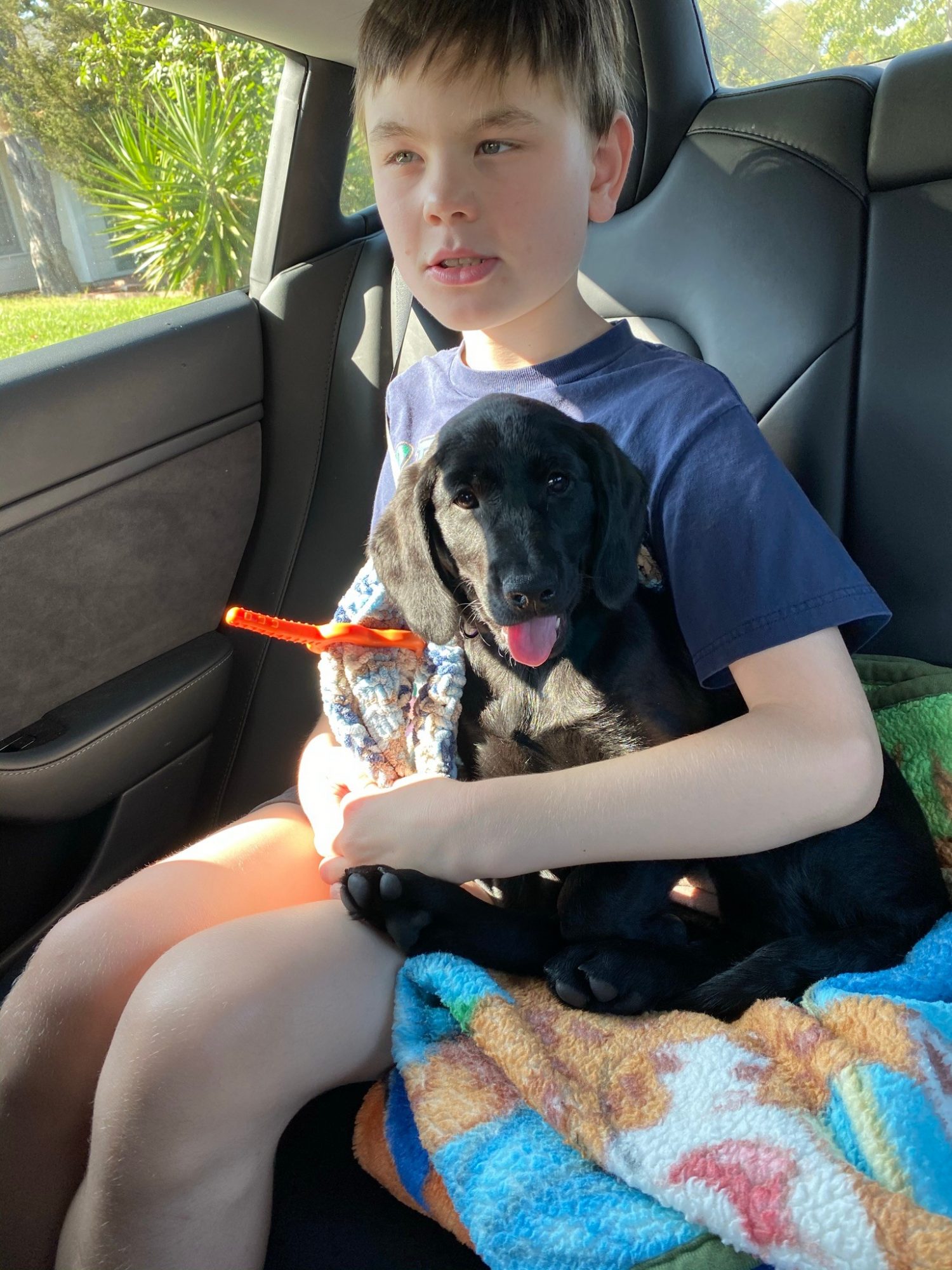