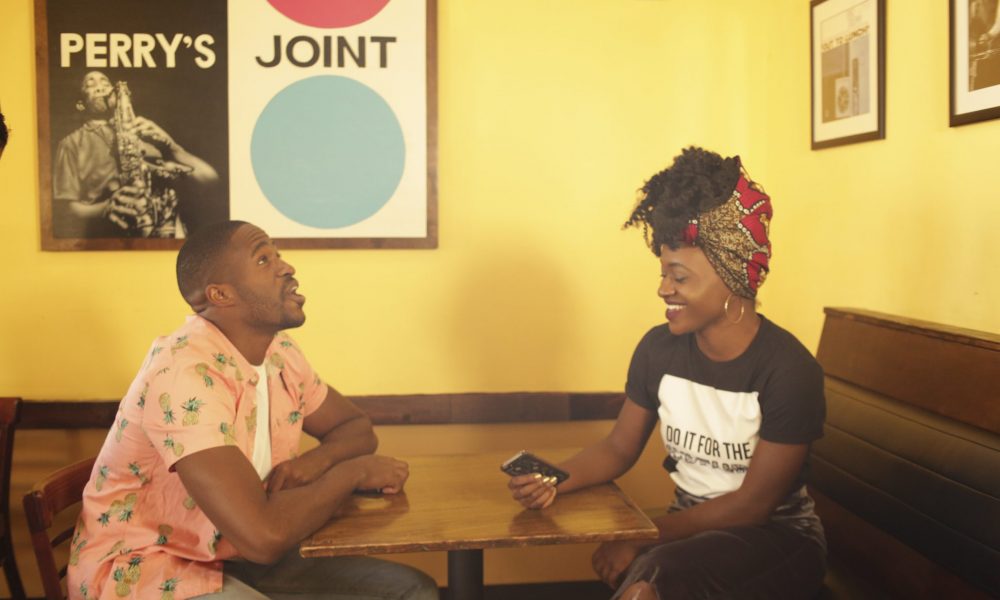 Today we’d like to introduce you to Perry’s Joint, one of the businesses Moni & her team collaborated with during the production of their webseries Platonic.

Perry, we’d love to hear a bit of your story and how you got to where you are today – both personally and in terms of your business.
I was born into this business. My parents were entrepreneurs. In the late 50s they joined the Nation of Islam and they came into the idea of becoming a part of the community and opening businesses. Being self-sufficient away from mainstream America. I remember being 4 years old and working with my father in his businesses. My dad had a cheesesteak shop in Camden, NJ, 3-4 Hot dog stands, a food truck we’d have outside of Temple University. My uncles also owned a few corner stores and had a BBQ restaurant. I started my 1st location in San Francisco in 1993. I was there for 11 years. In 2004, I moved to Pasadena and been here ever since. San Francisco was going through a change. The dotcoms coming in and rent was going up. The cost of living was really going up and my wife is originally from Southern Ca. She always wanted to be closer to her family so we decided to raise our kids and be closer to her family and move down here.

What else should we know about Perry’s? What sets Perry’s Joint apart from others?
It’s a business whose foundation is about the community first, not a profit first. Typically when people open a business it’s about making money. The idea for Perry’s Joint it wasn’t about making money but about the community. The impetus to opening my own place in the community is that at the time there was a lot of crack and drugs that was prevalent in the black community and there weren’t many prominent black businesses there. Tourists would come through the neighborhood, but there wasn’t anything that could represent African American life in a positive light. Opening Perry’s Joint was twofold. I wanted to give young children a chance to see someone doing different and that they can do something different too – because many people were selling crack at the time. He was the first to give young people a different sense of who they could be and what they could do in the community. I also wanted to do something that gave you a sense of African American life and lifestyle in a positive light. So whoever you were, when you came through these doors, maybe this shop gave you a different light of what you thought African American life was. This is why my shop is different. Many businesses start and open because their bottom line is the bottom line and making money and my bottom line is the community

Can you tell us about how you connected with Moni and what your experience was like? Do you wish more media and content producers collaborated with local, small-businesses?
I’ve always been interested in things whenever I see our people doing something positive and different. I don’t know much about the film world, but I’m really interested in all aspects of art. So when Moni explained to me what she was doing, I was kind of fascinated. I wanted to see what it was and the best way I could see what it was is to let her use the place and I can what it is all at once. And if I can have something that helps a sister out then cool, I want to do it. This is why Perry’s Joint exists. Again, the bottom line is the community. I’d welcome anyone who is doing something positive and wants to represent us in a positive light. It sounded like this project would be something that would do both. She came to me, asked if she could use the place and shoot a couple shots and I didn’t see a problem with it. It turned out to be something very positive and something I was very proud to be a part of once I saw the final product. I think it’s interesting that artists like Moni and other business owners can really connect. It worked for the two of us because I saw… I didn’t see the financial profit in it but I saw a profit of community building and a profit of building a relationship and bridge with a good person and I was right on point with that. This world that we live in, the most important thing is about building good bridges. I believe with her I was able to build a good bridge that she can cross and I can cross at any time. How other businesses can work with artists is that they need to see it the way I see it. Most people might think “What’s in it for me?” Moni and I were on the same page so it worked out. The artist and business owner need to understand what’s trying to be done and need to be on the same page. I don’t know if it will work as well if the two aren’t on the same page in regards to intention and expectation.

We’d love to hear more about the collegiate scholarships you help sponsor at John Muir High School.
In 2010 there was a kid who was graduation from John Muir HS. He had been at my shop all four years he was in school and I knew he was a good kid, but one day I saw him selling boxes of candy outside of the grocery store. He explained he just got into Berkeley and he didn’t have money for it so he needed to sell candy to help with it. I was blown away. I told the kid to come to my shop Monday to talk to me (I had no idea what I was going to do), and then I decided one day before he went away to school I’d take one Saturday and announced everything I made 1oo% of my profits would be donated to this young man for his education. So I publicized it as best I could and we raised close to $5,700 that day and every cent went to him. Every summer since I’ve been doing this. I usually pick 2-3 kids and invite people to come and support. The energy behind this is Perry’s Joint wouldn’t be here without the community. So this is just the one way I can say thank you for supporting me and now let me support you. 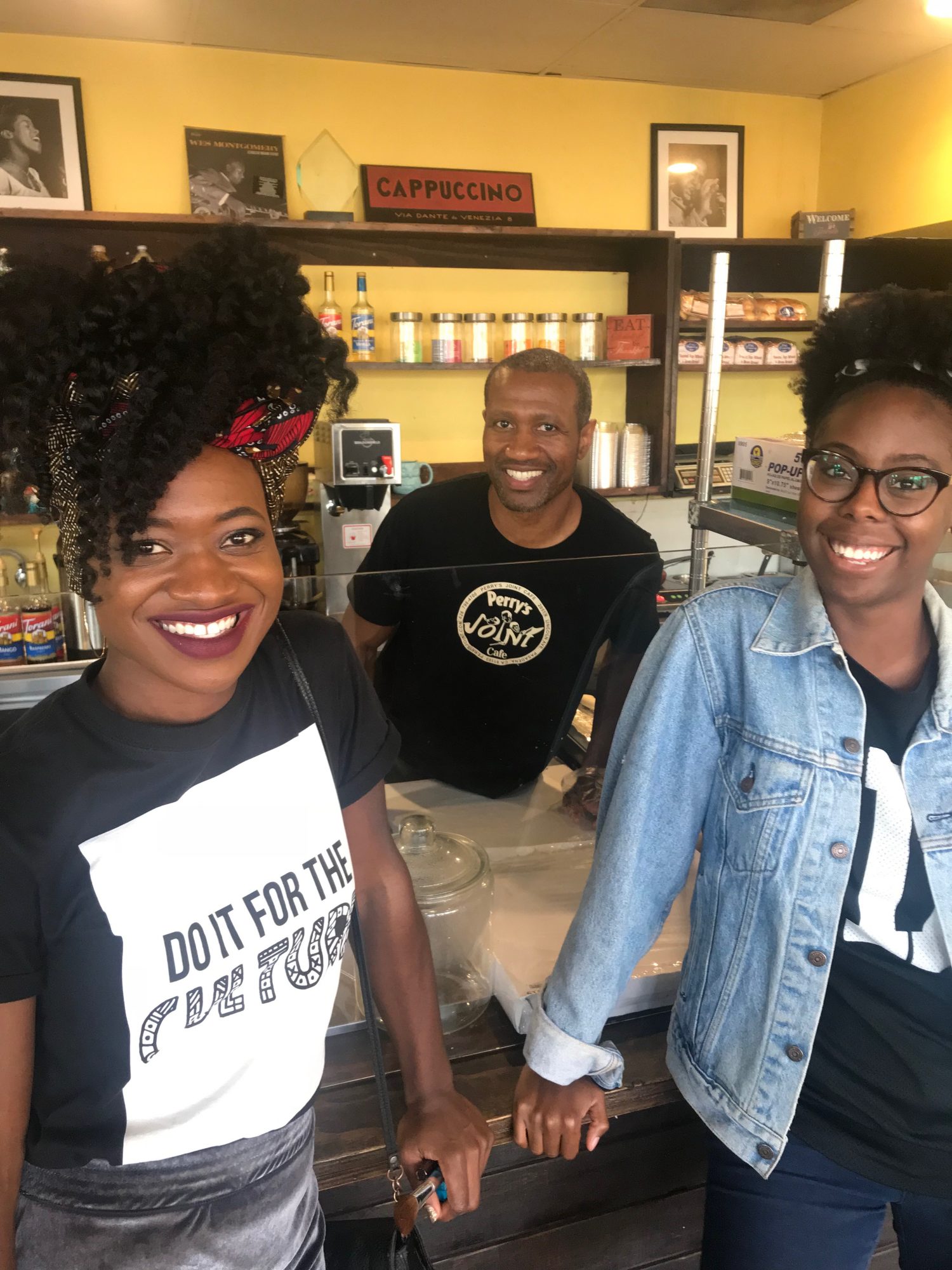 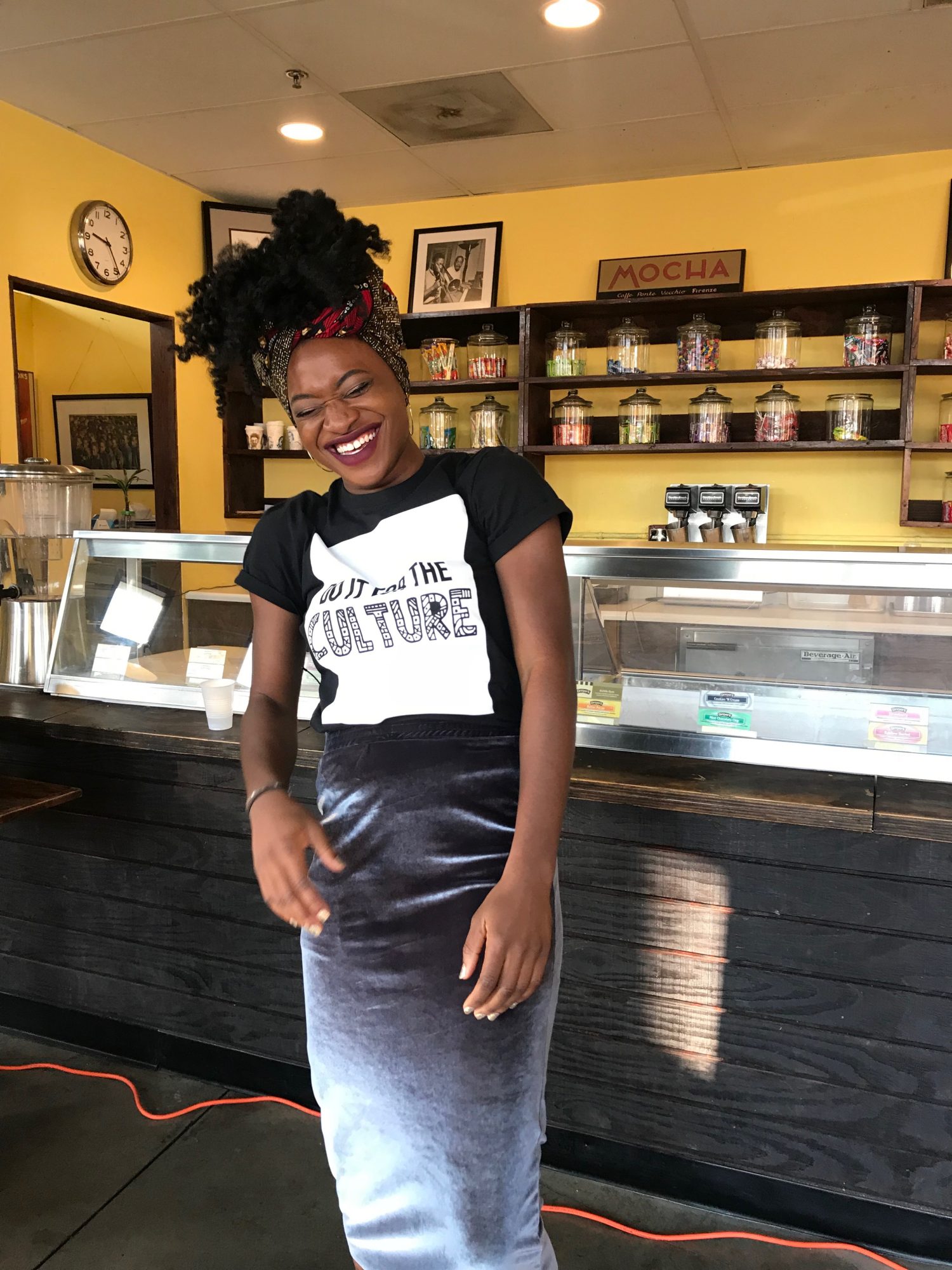