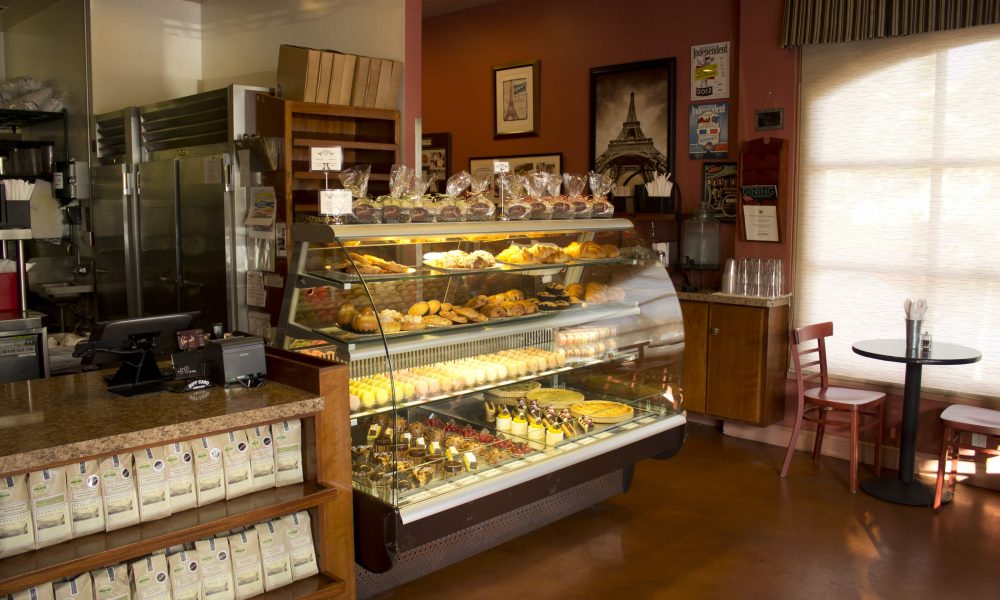 Today we’d like to introduce you to Renaud’s Bakery and Bistro.

Renaud Gonthier, Executive Pastry Chef and co-founder of Renaud’s, brings a French flair and over 20 years of culinary experience to Southern California. Renaud’s is the fulfillment of a lifelong dream—that of creating refined pastries from the finest and freshest ingredients.

Renaud Gonthier’s early education in Europe’s finest culinary schools and pastry shops, his work as a top pastry chef for the Ritz Carlton, and his tenure at the internationally famous Barton G. Catering firm in Miami, Fl., led to Renaud’s mastery of the art of creating the finest pastries and desserts.

Chef Renaud has also demonstrated his culinary expertise with television viewers nationwide. Renaud made his television debut on The Travel Channel on a show featuring the top hotels of the Caribbean. Next, he appeared on two episodes of The Food Network’s Emeril Live. Then, in August of 2007, Renaud was again featured on The Food Network—this time on an episode of Sugar Rush with Warren Brown.

Renaud’s retail selection includes imported delicacies, homemade cookies and candies, and traditional French Madeleines. The company’s signature line of cakes are available for pre-order or same-day purchase at any of Renaud’s five locations in Southern California. Orders may be placed by phone or on our website with our online store.

About Nicole Gonthier (CEO)
Nicole Gonthier has her degree in Business Administration with a focus on Human Resources. Gonthier has worked extensively in the service and entertainment industry, most notably having for worked for The Ritz Carlton and 20th Century Fox. She runs the behind scenes aspect of Renauds Bakery and Bistro. When not working, she enjoys practicing pilates and spending time with the couple’s daughter, Morgan.