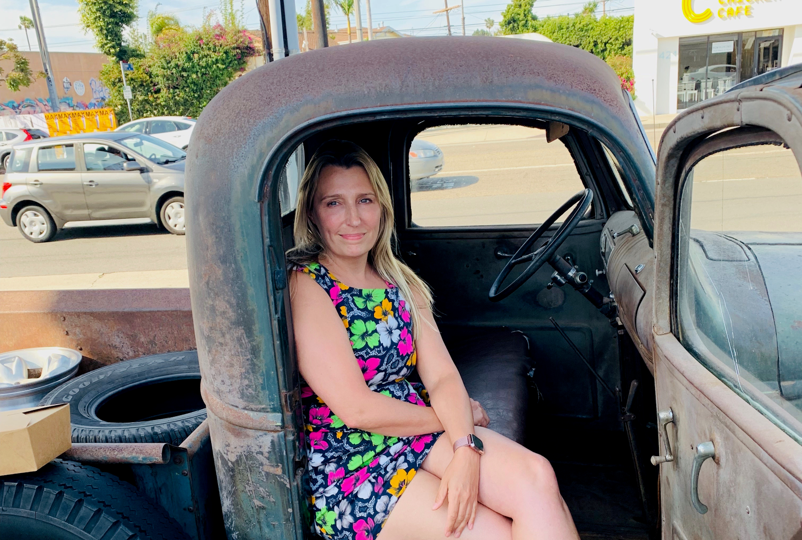 Today we’d like to introduce you to Zuzanna Wilson.

So, before we jump into specific questions, why don’t you give us some details about you and your story.
If someone had told me four years ago, that instead of pursuing a marketing career in Silicon Valley, I’d be more intent on being an actor and running a podcast about filmmaking, I’d just laugh. People who are as risk-averse as I would NEVER dream of doing such things.

For close to twenty years, I was on a steady path. I graduated with degrees in Sociology and Public Relations and worked for some of the hottest PR and marketing startups in London and San Francisco. Then I just decided to ‘pack it all in, buy a pickup, move to LA, and find a place to call my own’. Wait that’s Neil Young. But it’s not far off. Try looking at mortgages in San Francisco. You might, in theory, be able to get one, but try doing that in reality without a suitcase full of cash. LA, on the other hand, was a lot more accessible in this regard. We got a mortgage on a place with the intention of renting it out, and a friend asked us why we just didn’t move there. We didn’t have an answer.

I now live in Del Rey, which for those who are not local, is a neighborhood tucked between Marina del Rey (boats, stingrays), Culver City (Sony Studios, startups) and Venice (everyone knows Venice). “Close enough to the beach and far enough from all the craziness,” as my neighbor Steve says. I love my neighbors.

Still, LA gets a bad rap. But where people see traffic, smog, and superficiality, I see beach towns, surf breaks, and dreamers. Oh, and sometimes Diana Ross if I go to Ralphs in Malibu. I love the city and how it’s constantly evolving. I love the people, with their abundance of energy, and endless perseverance. There’s no limit to what they can do.

So, I moved to LA and my life was going to be perfect. The SF company I was working for was happy for me to work remotely, which was great. I could just work hard and retire early. However, things became stupid very quickly when I got my husband an acting class audit for his birthday. Little did I know that ‘auditing’ meant participating in a class for three hours, starting with a random ‘sound and movement’ exercise. It was the most terrifying experience of my life, and I’m someone who emergency landed a glider in a Polish potato field. Did it ever occur to me at that point that I would even consider an acting career? Hell no.

But getting scared started becoming the norm. My SF employer shut down its US operations and left me jobless, and I’ve never not had a job. Following my husband’s advice of ‘what’s the worst thing that can happen?’, I decided to set up my own company and created Fatty Pontoon, a micro marketing agency for technology startups. Having moved to the U.S. from Europe I still don’t get how health insurance works here, so imagine trying to get incorporated and doing my taxes.

Around the same time, I met Kevin through a mutual friend, who was also a marketer, and we randomly chatted about starting a podcast whilst consuming a fair amount of Rose. The podcast was named #LAisgoodforyou, which is a hashtag I’d been using whenever visiting LA, as a joke. We created the podcast around LA-based entrepreneurs as this was an industry we both knew well. We interviewed startup founders we knew from our network, but also small business owners who created sock empires, hangover cures, and inner-city wine blending labs. We obviously drank wine during the wine one.

We were aiming to just make a great podcast, primarily for ourselves that hopefully others would enjoy. We didn’t initially appreciate the time required to produce a great quality podcast, involving researching and sourcing guests, recording, editing, mixing and mastering, publishing and publicizing. Phew! Suddenly I two jobs. Full time with my marketing clients and doing the podcast. Fortunately, it was an incredibly rewarding experience. Hearing the inspiring stories from our guests, and learning about their struggles, reminded us that it’s possible to succeed if you just put your mind to it.

After twelve episodes Kevin left for NYC, and we finished the first season. I quickly came to realize that while I enjoyed doing the podcast, I was done with the subject matter. I’d already spent twenty years working with entrepreneurs, startup founders, and business owners. It was time for something new. I guess I should’ve known. One thing I learned quickly is that you should never write or do a podcast for an audience. Do it for yourself. I started to ask myself some scary questions. What if I was not only done with interviewing startups and entrepreneurs, but also working in this field entirely?

By this point, I’d been doing acting classes for two years. I’d done improv at UCB, read all the books about acting I could get my hands on, found out that Kathryn Joosten (The West Wing, Desperate Housewives) didn’t start acting until the age of 42, joined Film Independent, and started filming a short movie. I’ve always loved movies, but now I was in love with Hollywood.

I rebooted the podcast as #LAisgoodforyou Tinseltown and focused on the subjects that were closest to my heart – acting, filmmaking, and how the entertainment industry works. They say a little knowledge is a dangerous thing, but in this case it was a blessing. I spent hours researching the topics and my guests. Why wouldn’t one want to know how a Criminal Minds actor got to become a homicidal maniac? Or how movie editing works and what to do when you want to direct one. I’ve interviewed actors, directors, agents and talent managers. Finally, I was doing a podcast for people like me – those who wanted to pursue a career in Hollywood but had no idea where to start. I’ve just wrapped up Season 2 and working out what to focus on next season.

Overall, has it been relatively smooth? If not, what were some of the struggles along the way?
The biggest challenge for me is a lack of time. I don’t rely on the podcast to bring money in. For someone who works in marketing, I’m not too keen on advertising on the podcast. This means that I need to dedicate most of my working hours to ensure that I have enough client work. This can be stressful, even double stressful when both myself and my husband are self-employed and both keen to pursue acting as a career. The working week is now seven days, but it’d be dishonest for me to complain. In addition to working full-time, doing the podcast and going out for auditions, I also run a meetup group for girls who can’t surf well (Girls Who Can’t Surf Good). Speaking of that, I can cycle to the surf with my board in around 15 minutes. We used to travel for 4 hours to the nearest surf spot when we lived in London, so again, I’m really not allowed to complain.

The other struggle is working through the fear of uncertainty. Many people are programmed in a sense, to choose things that are financially successful versus ‘spiritually’ rewarding. Rewind a few years and I was one of these people. I think this creates some of the fear that you shouldn’t pursue something that’s not financially secure. Things like starting your own business, podcasts without advertising, and acting. I’ve found that there has always been a lot of fear of pursuing something that you love or following a dream. I’ve become a lot more aware in this regard after seeing startups fail around me. It made me ask, why do we need to put faith in other people to help us pursue our dreams and careers? Can we do it ourselves? Hopefully! Well, that’s where I am just now. I just don’t tell my parents what I’m up to.

Any shoutouts? Who else deserves credit in this story – who has played a meaningful role?
None of this had been possible without the support of my husband. I’m not a gambler and taking risks does not come to me naturally. I used to pack my suitcase two months in advance before going on vacation. I get a lot of support from my friends. Although it’s really the case that they support me by not telling me that I’ve gone crazy, and adopting a wait and see attitude, which isn’t necessarily optimistic, but I’ll take what I can get. 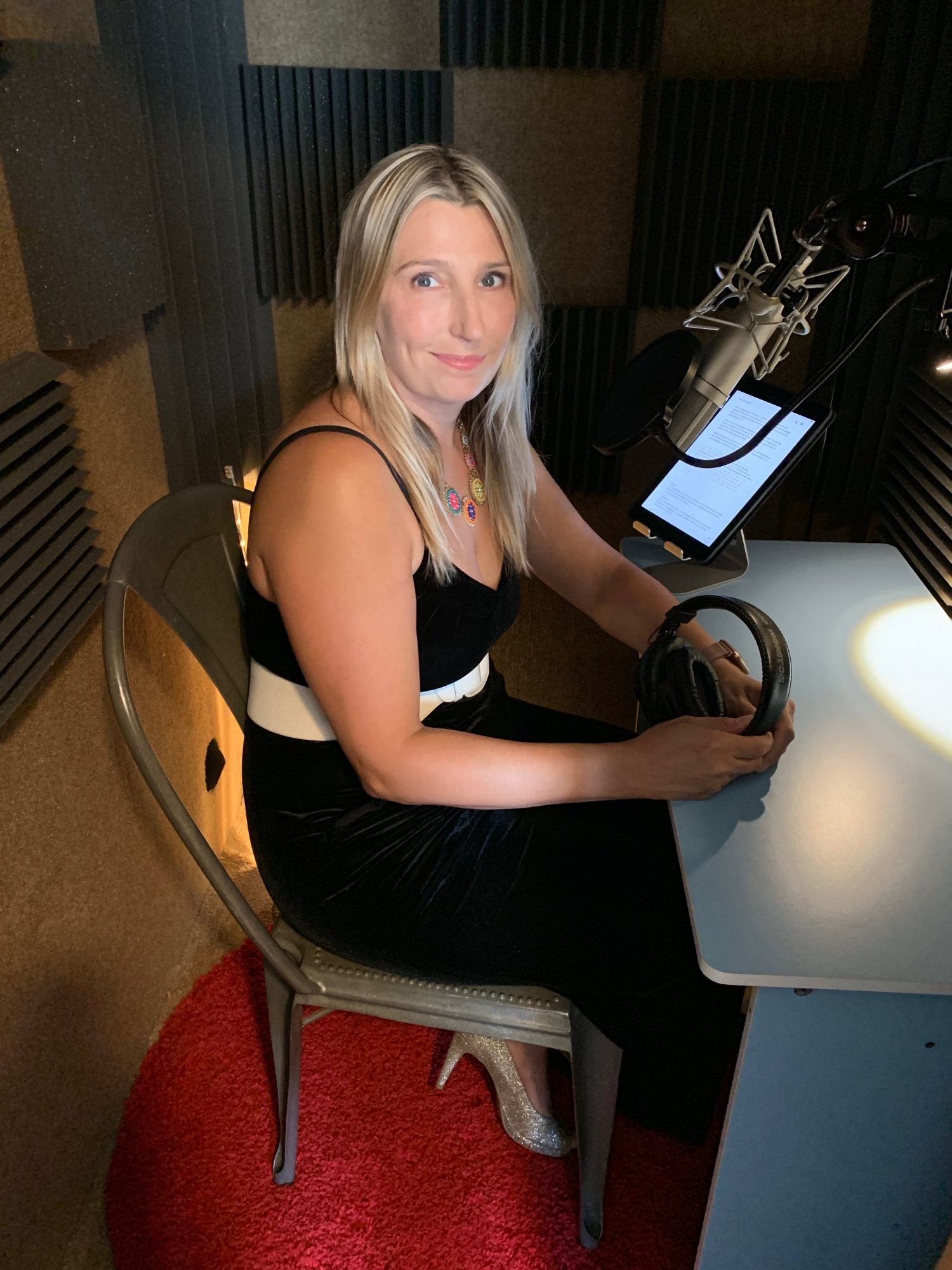 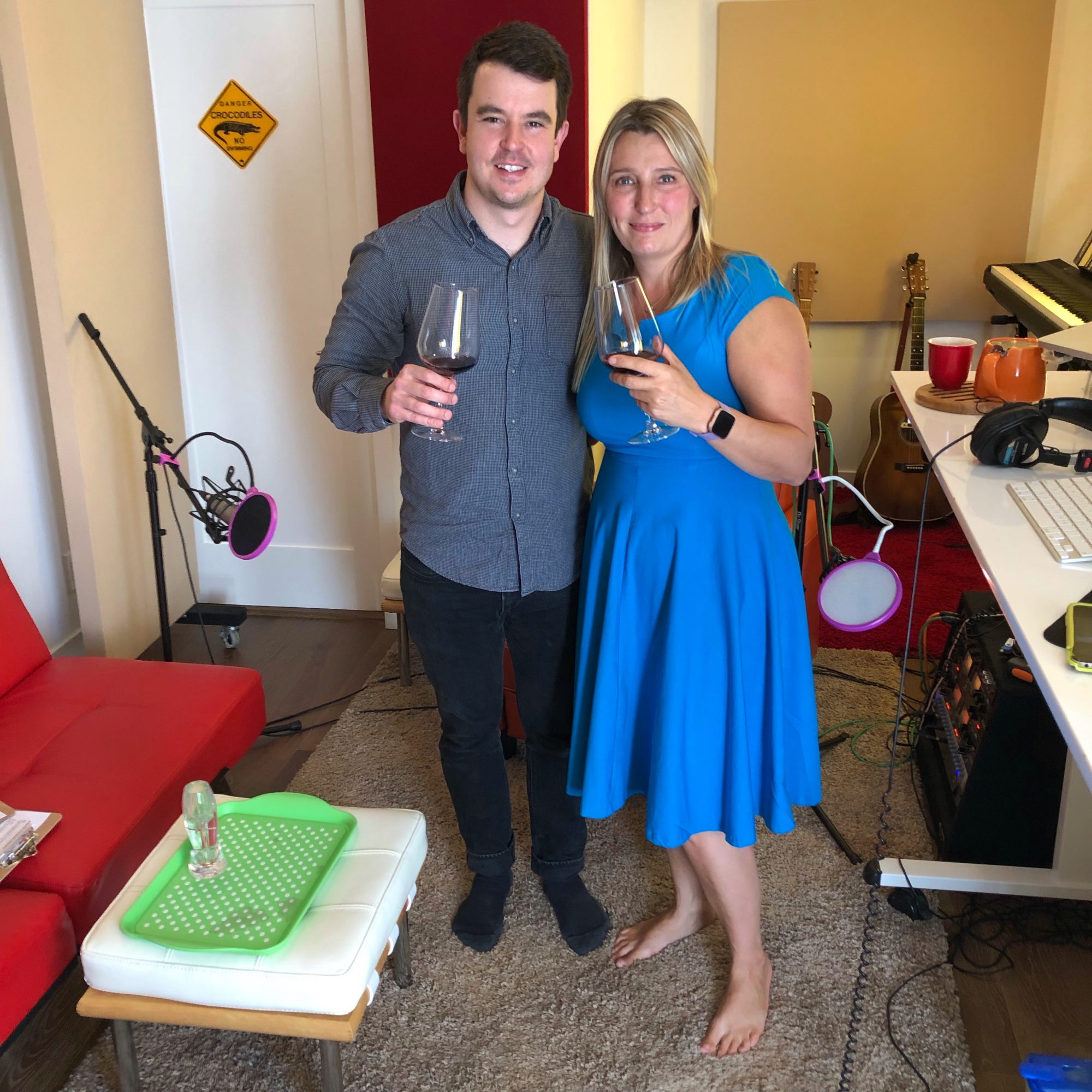 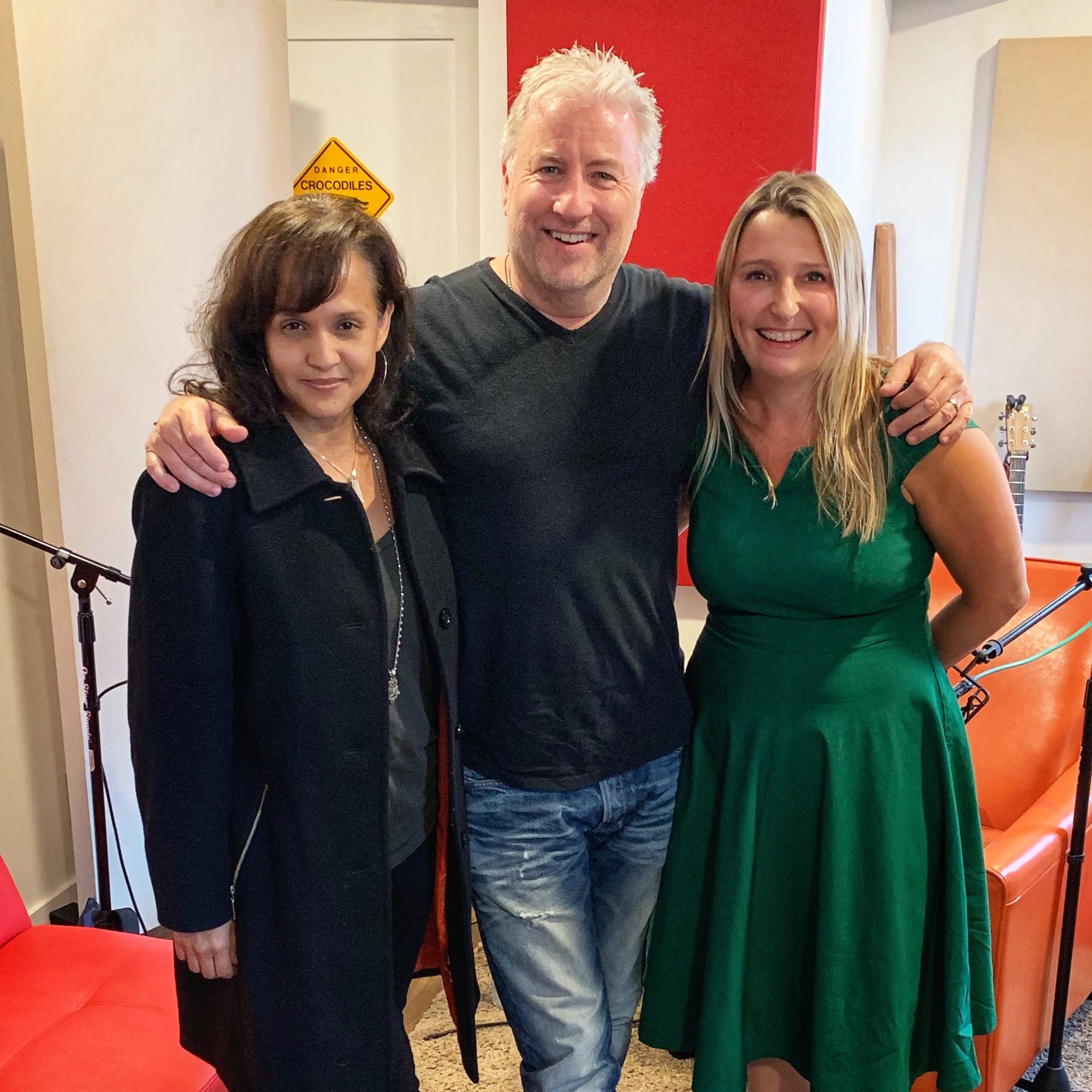 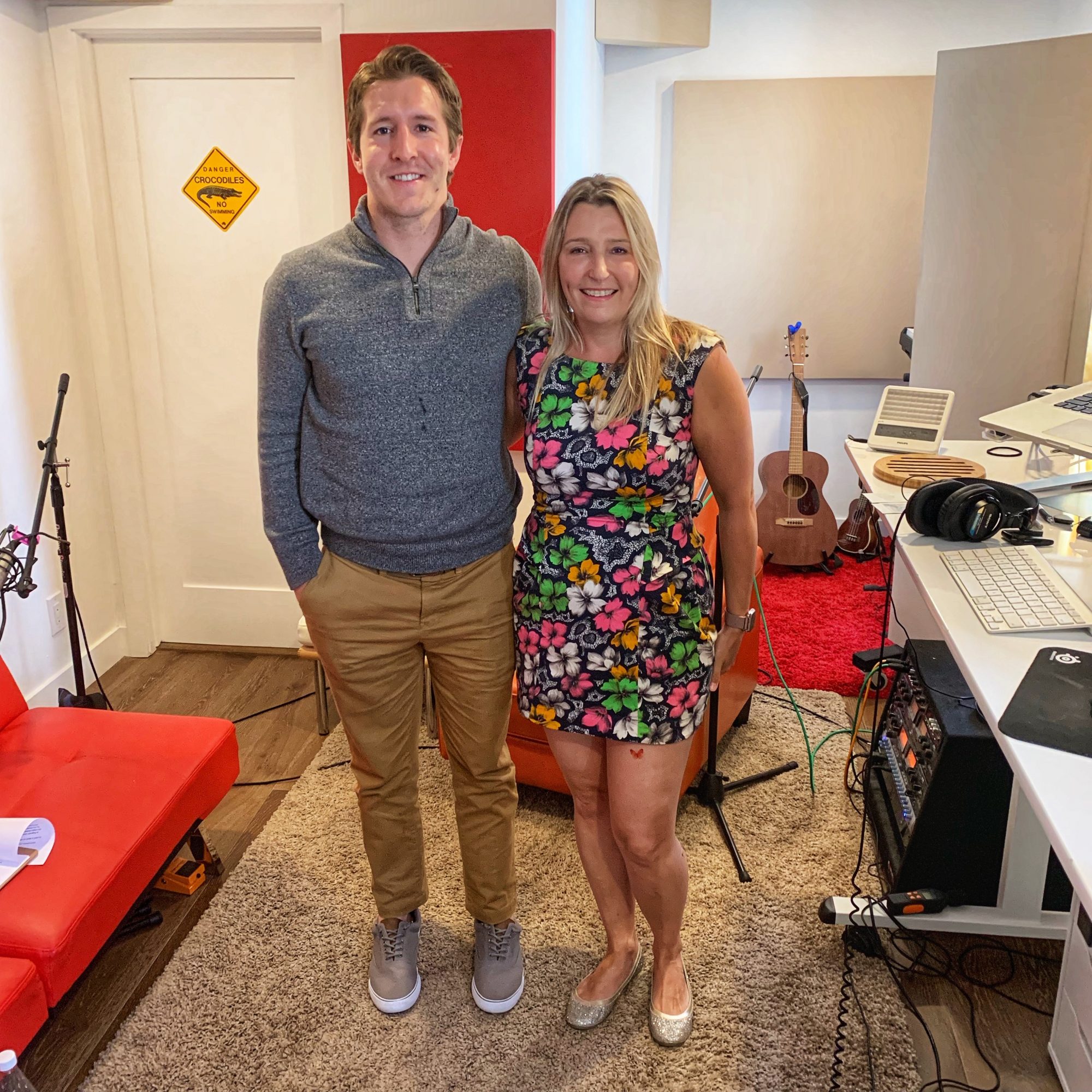 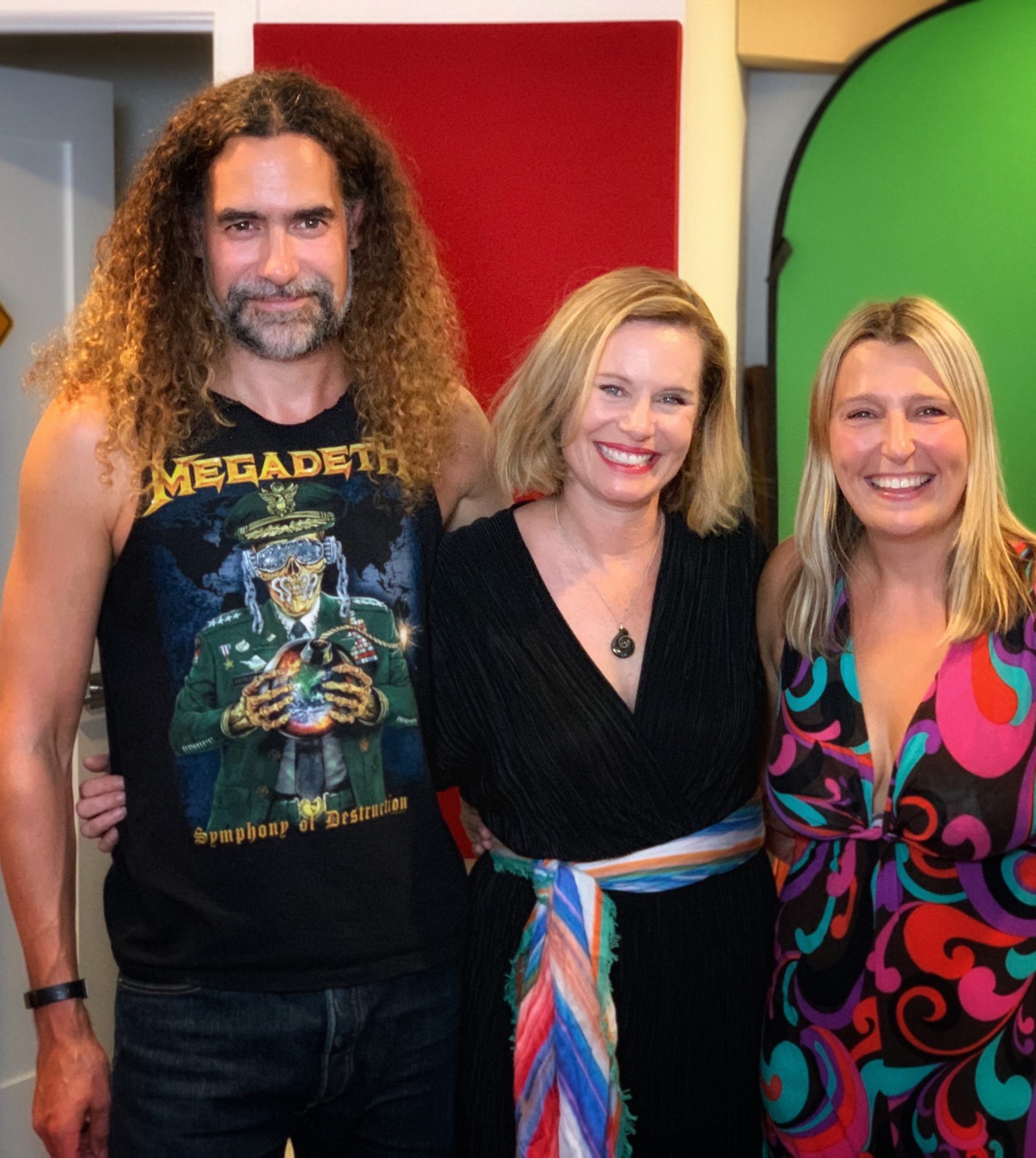 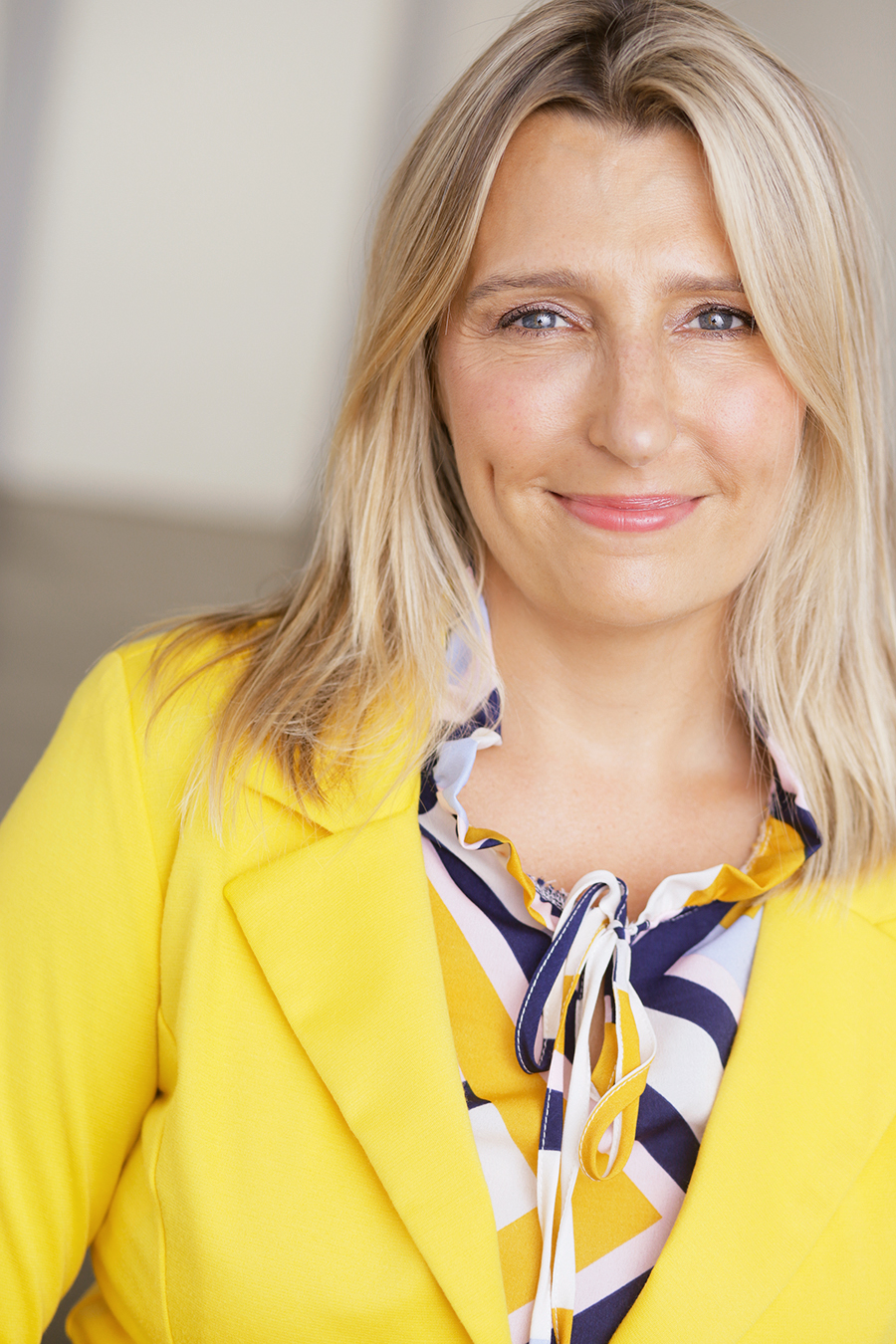