Today we’d like to introduce you to Zoro Rodriguez.

Zoro, can you briefly walk us through your story – how you started and how you got to where you are today.
Yes, I’ve been drawing since I was one year old but it all starts with my parents leaving their family in Zacatecas, Mexico and risking it all for a better life for their soon to be growing family. They settled in the “Valley” and even though we lived in Woodland Hills, a nice community, we were the poorest people there. We could not afford a car, let alone a house. We didn’t buy a car till I was 18 and only because I’d need it to drive to college. So we went to a police auction and got us a $4k van that got me around. I made the most of our haunted apartment, that’s where I first started to draw. I drew as a form of escape, I’d draw mountains, forest with rivers, and all the places I wish I could travel too since we didn’t get out much.

In elementary, my teachers noticed that I drew a bit better than the other kids so they started giving me harder drawing assignments with every passing school year. I remember when we had to make posters for the school play. Everyone got to pair up 3-5 kids per poster, I had to work on my poster alone. It sucked at the time, but now I see what they were doing, and I’m thankful for that. High school is where my drawing ability really began to grow. A teacher suggested I get tested to see if I was gifted in art by LAUSD and I tested positive for the drawing skills, haha. So the school got more money for me, and I was able to take college-level art classes. The local college didn’t have a decent art program so I decided to travel a little farther and attend Moorpark College in Ventura County. Once there, I enrolled in every single art class they offered, earning enough credits for two associate degrees over a five years period. Yeah, I became a professional student. I still remember Frank Sardisco, my figure drawing teacher there, drill it into my head that I was going to attend Art Center College of Design in Pasadena, over and over.

Up to this point, I had never heard of it, but if Sardisco said I was going to go there, then I was going to go there. Art Center had a reputation at the time for being a really hard school to get into, almost impossible. Only the best of the best artist attended there. I remember my College counselor suggest I apply to other colleges in case I didn’t get accepted, a plan B or C, but that was not an option for me. I was going to go there no matter what. Once it was time to apply EVERYONE in my class got denied, they’d bring their little white rejection envelopes into class, and then one day I got a fat metallic envelope a lot different from everyone else’s….. I GOT IN!!! I knew my life and that of my family would change that day.

Art Center was TOUGH. It challenges you, makes you doubt yourself, but it also brings out the very best of yourself. I can honestly say that those were some of the best years of my life. I was finally in a place where I felt that I belonged. Everyone there was crazy talented and we all fed off each other’s skills, pushed and challenged each other.

Has it been a smooth road?
Being of immigrant descent, the road always has pot holes and speed bumps. My parents didn’t have good-paying jobs when I was a kid so I never had any of the luxuries that my friends had. There were no summer camps, road trips, vacations, none of that. I was that kid who received the toys from the local church from the holiday toy drives. I learned how to draw from copying the illustrations off the phone books because coloring books were out of our price range. In fact I made my own coloring books. We had Just enough money to get by month to month. Enough money for rent and food. One of my favorite meals growing up was baked potatoes and hard-boiled eggs. We had that a lot. That’s what my mom would cook because sometimes that’s all we had. And government cheese actually tastes pretty damn good.

I’d get pulled over once in a while walking home from school because I ALWAYS matched the description of someone setting fires….this happened at least five times. I was a kid.

Being of immigrant descent also meant that College was a new experience to the family, and not having money made it even harder. Not having money in college sucked. Sometimes I had to choose between school supplies or food. I actually had such a poor diet that I had to go to the Doctor’s once because I was suffering from stomach pain due to poor diet. $20 a week can only get you so far. And if I had a date, then I’d really have to get creative with my $20 haha. But I made it happen.

We’d love to hear more about your work and what you are currently focused on. What else should we know?
So I’m a Sr. Manager for Franchise Creative at NBCUNIVERSAL. I’ve been able to work my way up from Jr Illustrator, its only taken me 11 years haha. Our team of artist is one of the teams involved in making sure our franchises (movies and tv shows) continue to live off screen once they’ve come and gone. So we get to do all the fun stuff. We draw, design, review toys, study trends and create new artwork for the company, all that. We work on everything from designing chicken nuggets (someone has to do it) to designing the massive balloons at the Macy’s Thanksgiving Day Parade. We work with the interactive team and help design the video games, we work with the marketing teams and help design billboards or, the happy meal toys at McD’s for our movies and shows. We’re a team of art ninjas. And besides helping manage our team, I also run the internship program for character art. I’ve mentored…about 15 interns by now? Maybe 20. As much as it adds to my workload, I also find it very rewarding to pass on my knowledge and even life lessons to these young artist. I see myself in them, when I was first starting at Disney as an intern myself.

I’ve gotten to travel all over the country art directing projects for Dreamworks, and now NBCUNIVERSAL as well. I think one of my favorite projects was to redesign the original Felix the Cat balloon that flew in the very 1st Macy’s Thanksgiving Day parade ever. 90 years ago. Its anniversary was in 2017, so I was able to dig up a bunch of photos from the very 1st one and redesign the new one based off that. I flew to New York to meet up with Macy’s engineers and figure out how this balloon was going to really fly and then South Dakota where they build the balloons. It was a ton of fun. And then to see the balloon fly on Thanksgiving morning in front of millions of people, that was special. Working on the set of America Ninja Warrior for the Jurassic episode was pretty legit too.

Let’s touch on your thoughts about our city – what do you like the most and least?
To live and die in LA, it’s the place to be! I cant picture myself living anywhere else. Born and raised here. I like the diversity that makes up LA and Pasadena, because with that comes amazing food from all over the world. Especially living here in Oldtown Pasadena, everything is walking distance. Whatever you’re in the mood for, its there.

What I like the least is the rampant increase in homelessness. It’s everywhere and just growing. You can’t go to a park without someone living there, some one yelling at no one, I guess that comes with such a big city, but it’s still pretty bad. 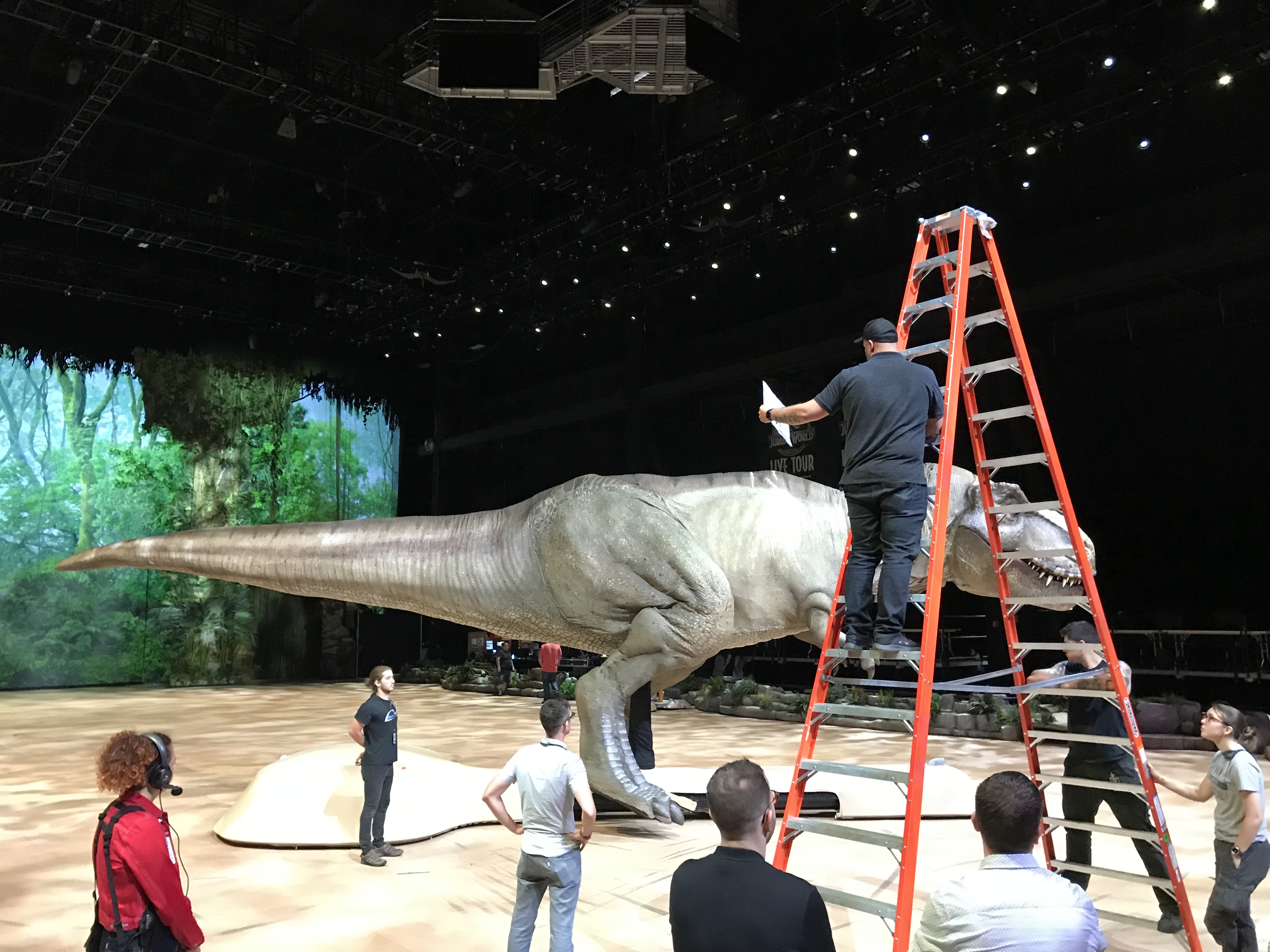 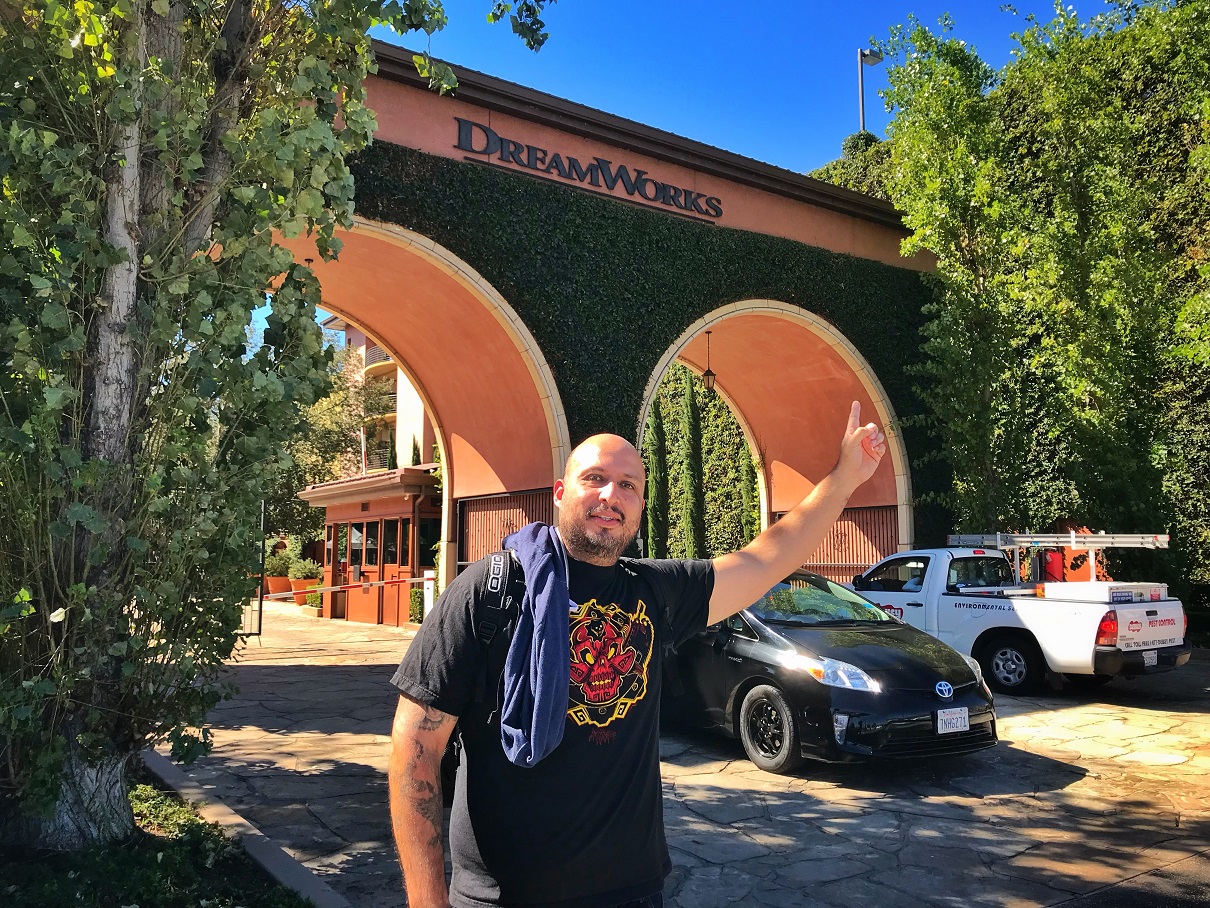 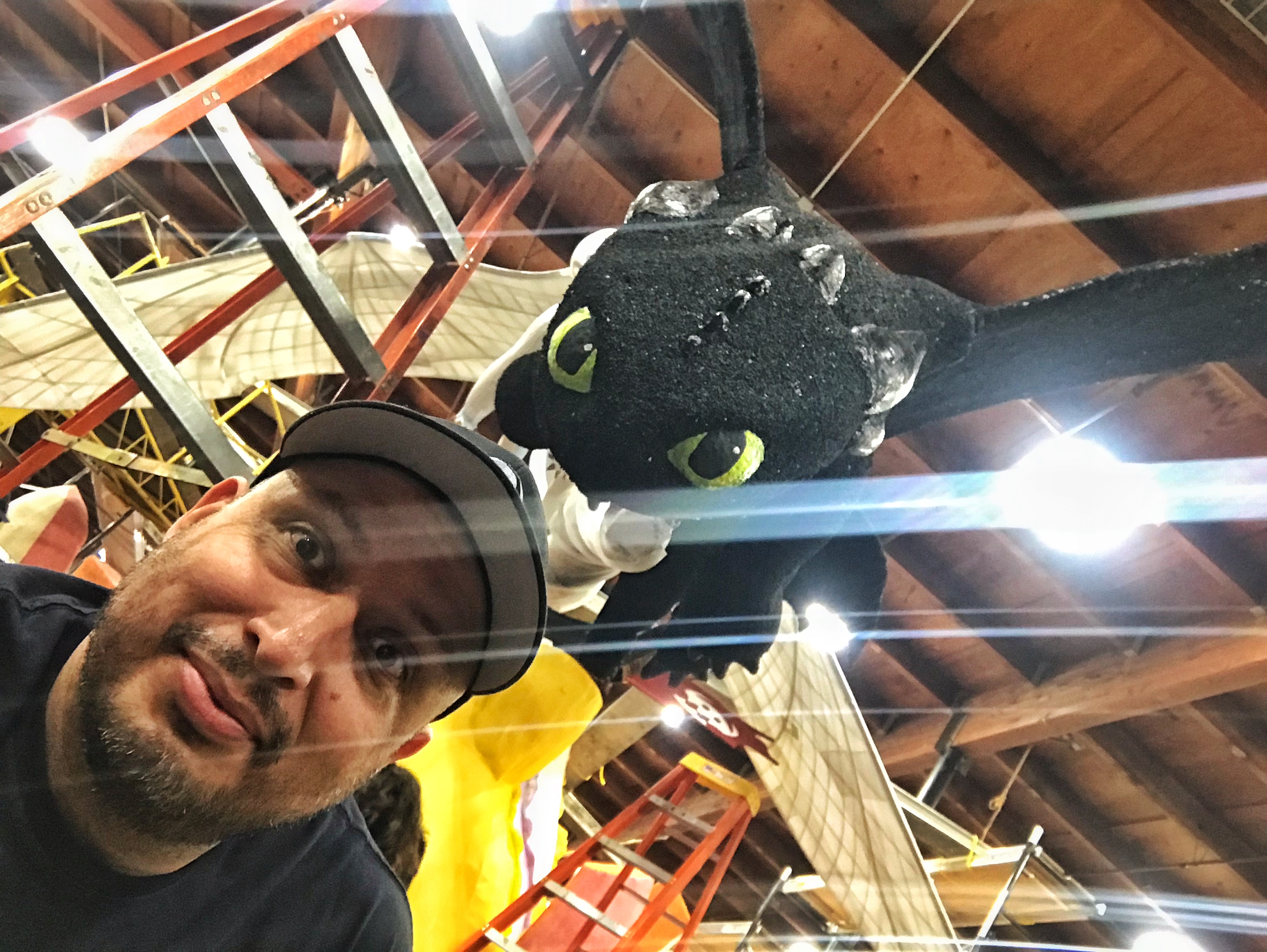 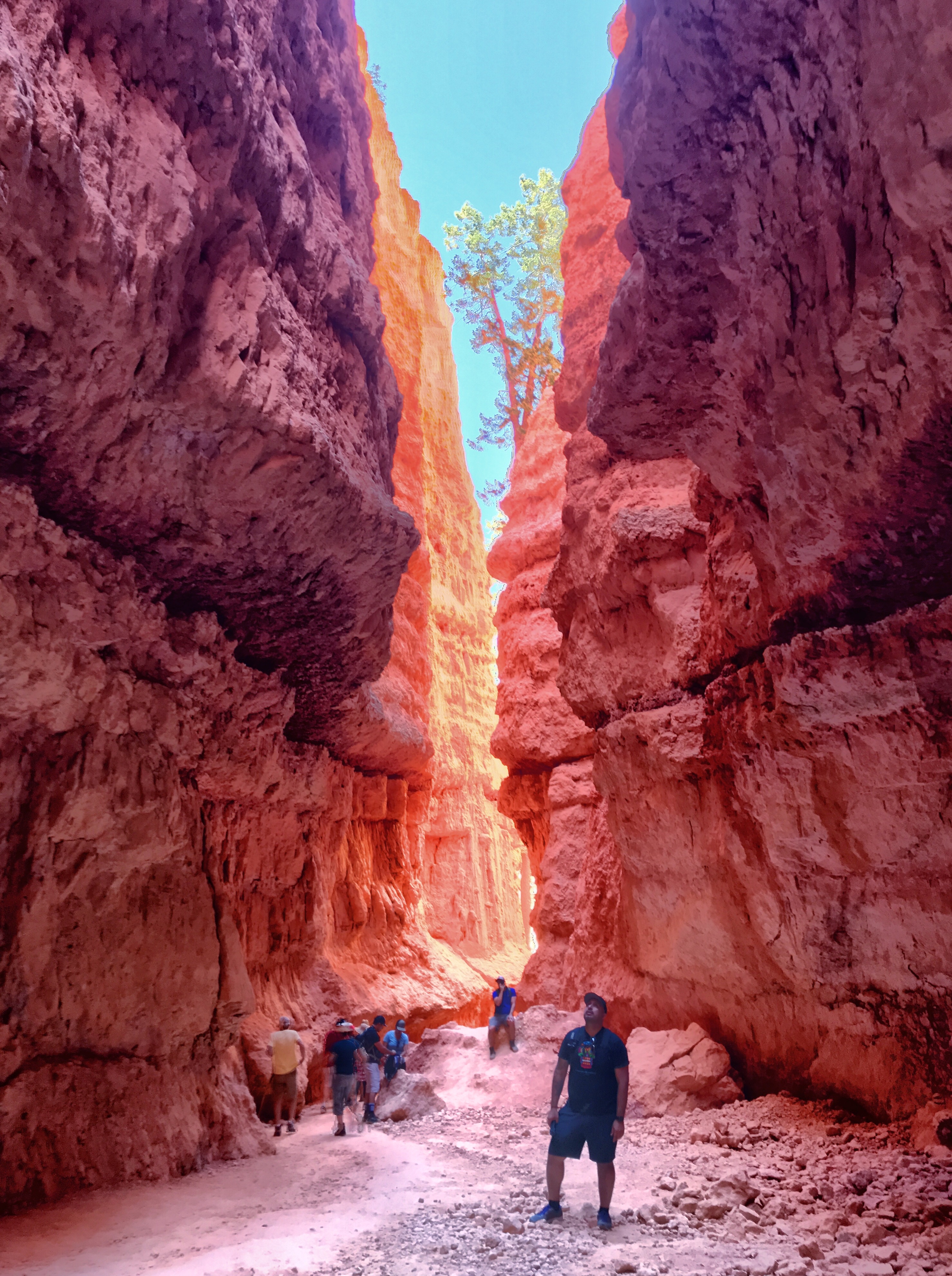 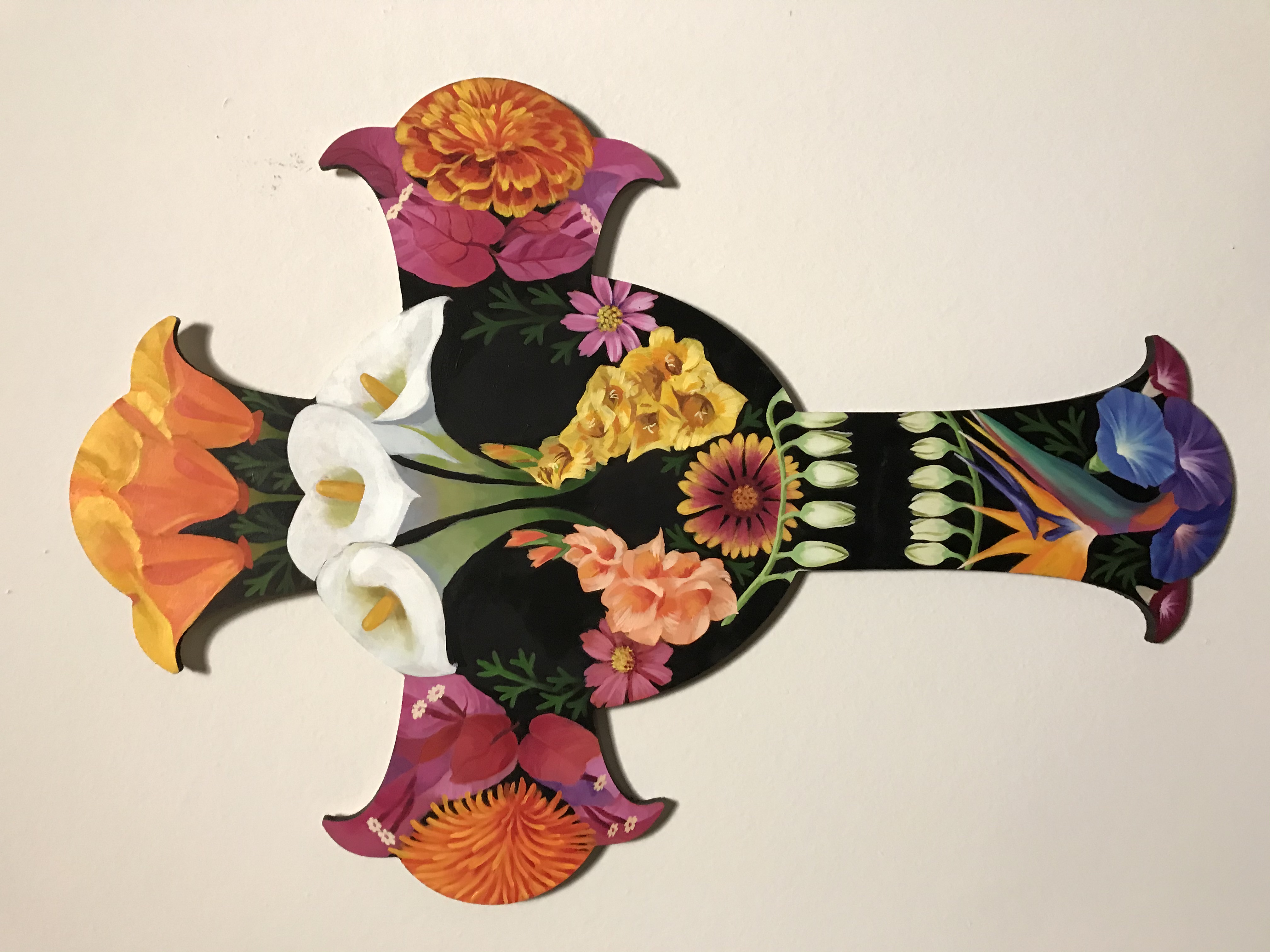 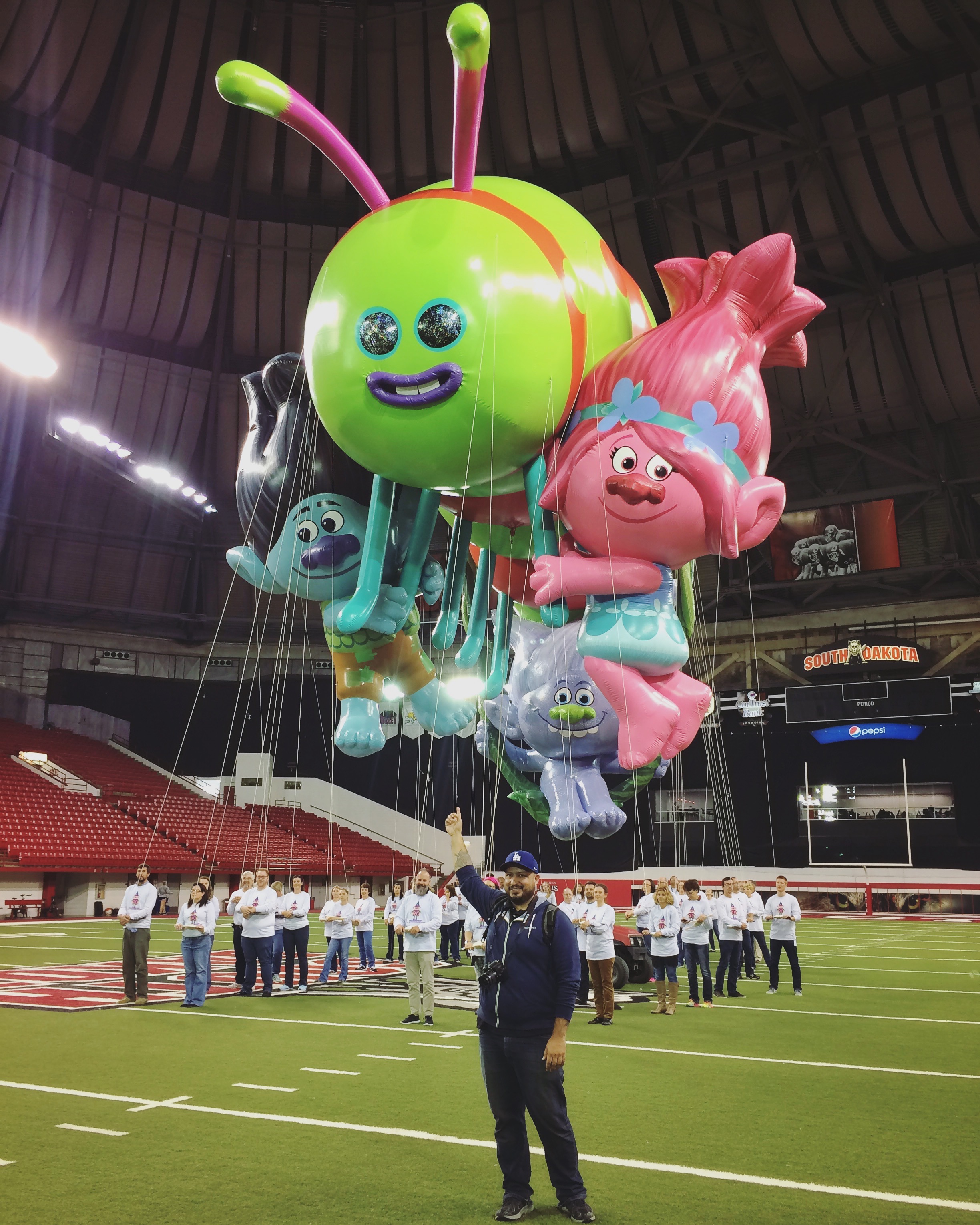 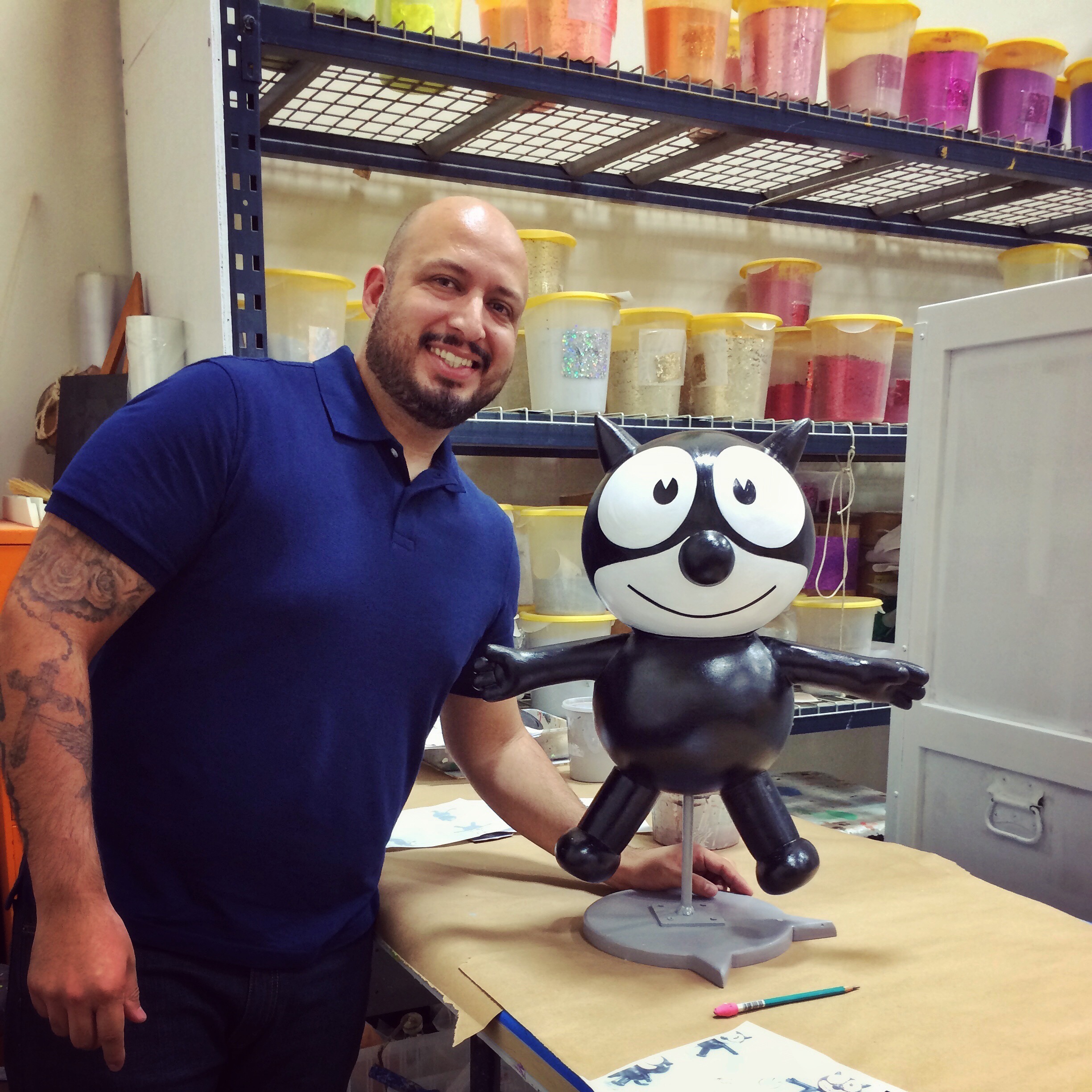