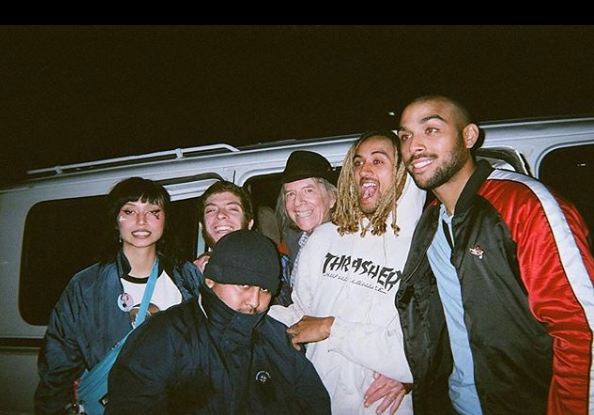 Today we’d like to introduce you to Zoin Jakeem and lÜcalyptus Factor.

Thanks for sharing your story with us Zoin and lÜcalyptus. So, let’s start at the beginning and we can move on from there.
We (Zoin and Luc) have been best friends seeing each other playing punk music in the Southern California punk scene for almost ten years now so it was inevitable that we’d start a band and it would pop off heavy. Eventually, we were both homeless for a while but found ourselves together at this hippie, punk commune, sanctuary traphouse called the Chic Farm in Long Beach, CA where we grew even closer musically and friendship wise. We then found Allan (drummer), a fresh transplant from Virginia who came out here to make art. He played in an amazing band called Kangarilla which is where we first saw his superhuman artistic talents sparks flew instantly. We asked him to join the band and he was down instantly. Not long later, we saw Gartex (an old bandmate of Zoins) at a party in long beach. It had been years since we seen her and one of the first things she said to us was, “wanna jam? I’m good at guitar now”. My (Zoin) first thought was that “she was already really good at guitar back in the day and now shes saying shes better? Perfect. She’s in.” Thus the band WACKO began and blossomed nonstop since the very first jam.

Overall, has it been relatively smooth? If not, what were some of the struggles along the way?
No road worth traveling the long-distance is smooth all the way. Ups and downs and everything in between is the equation for balance. But to name a few, Luc once couldn’t play for two weeks because he tried to kick himself in the head and instead he slipped and did a backflip, sidewalk slamming straight onto his face and hand, knocking himself out cold in the process. We also all got lice as a band and couldn’t make moves or be around each other to stop the spread of those nasty bastards. Zoin once got detained at the Canadian border because his identity had been stolen and they thought he had a warrant. Another rocky road moment was we were all in the band van (which Zoin was living in at the moment) and were crashed into by a Ford 350 causing minor body damages but huge financial ones….fact of the matter is, ups and downs are a natural thing in life and we’re ready for the next ones to come.

Can you give our readers some background on your music?
We’re a propaganda machine in the form of a fast af punk band. This punk shit is cool but this punk shit is also important, having fun is fun and we’re professional fun havers but influence and being thought-provoking is what all this is truly about. We keen to influence the youth to be good to themselves and the ones around them and to keep a sharp eye on the enemy that inflicts us all. We started in this punk scene very young and it’s a trip to be a bit older and see all the young faces at our shows, it’s very nostalgic and easy to see ourselves in these kids. The thing I’m most proud of that we’ve done is be a voice for these kids, and I know that just from the sea of kids who come up to us and tell us things like, “thank you for what yall are doing” and “you’re an inspiration to me and my friends” and all sorts of genuine appreciation that we get locally and internationally at this point. It led me to tears on multiple occasions and the realization that what we’re doing is not only important but that we have an obligation to these kids to keep influencing them in the way we do and its something to never forget. WACKO IS FOR THE CHILDREN!

Is our city a good place to do what you do?
The greater part of LA is a great place to start playing music. There’s so many artists everywhere starting a band is way easier than starting a band in a small town somewhere. The only rough thing is every night in LA, there are 500 shows happening and about 500,000 bands in the city. It’s easy to get lost in the sea of people making music unless you can stand out. International bands always have a want to come to LA to play music but they don’t understand that they are competing with those 500 shows every night. That’s where these smaller towns have us beat, a lot of smaller places that have punk scenes are more tight-knit than we are. You can be a fresh band in one of these smaller cities and have everyone in the punk scene come to your show and actually watch your bands set, as opposed to what happens a lot in LA is that sometimes if you’re new people don’t come out to see you play and if they do come to the show, a lot of times the audience is there but they pay no mind to your band. The smaller towns are much hungrier for art so when bands pop up, they eat that shit up. 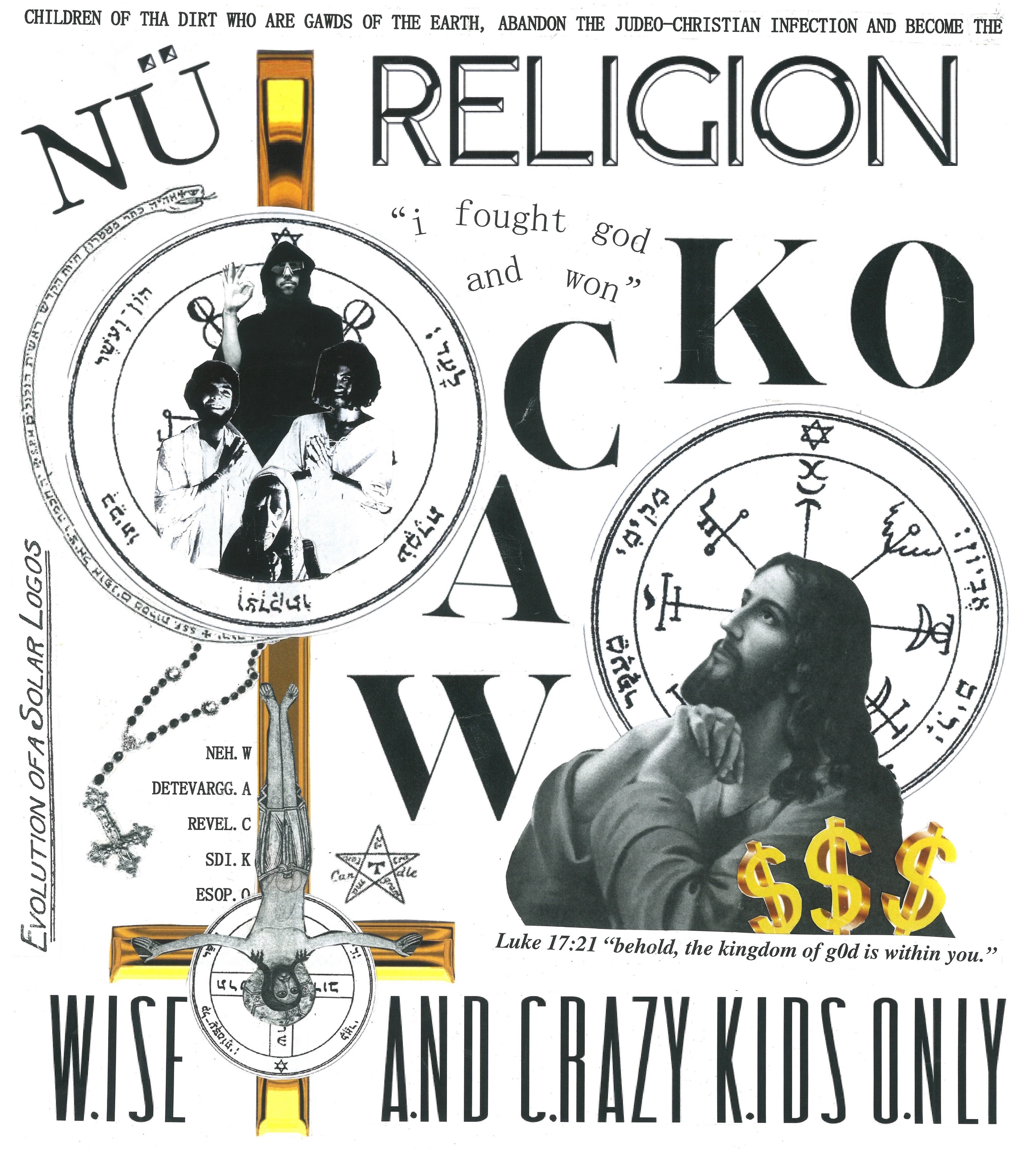 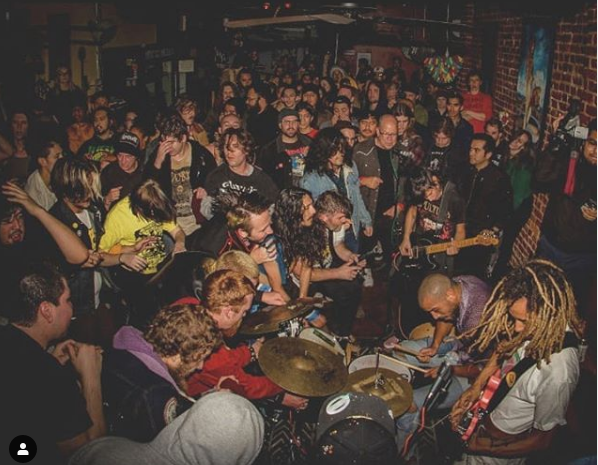 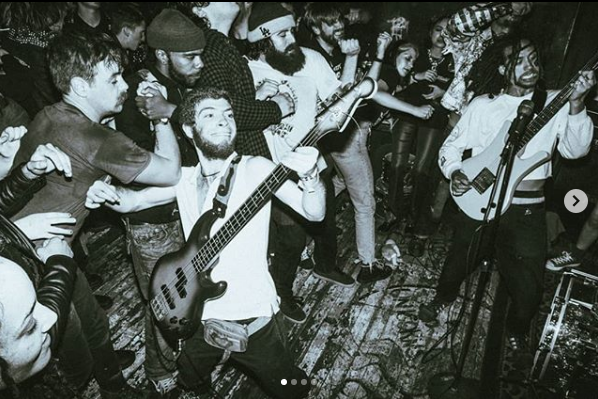 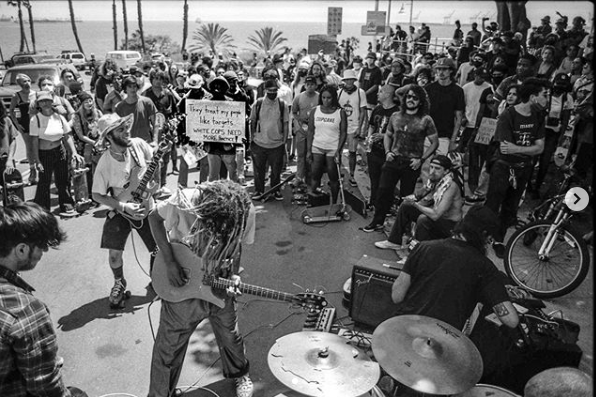