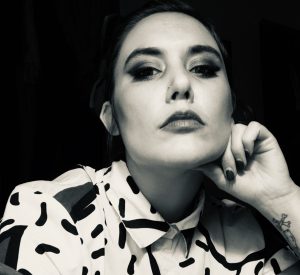 Today we’d like to introduce you to Zoë van Dijk.

Zoë, please share your story with us. How did you get to where you are today?
I am a freelance editorial illustrator that grew up in Northern California in a small mountain town called Grass Valley. My mom is an illustrator and my dad was a construction plumber. Having a mom that is also an artist, you would think it would be a straight A to Z career path, but I took a very long and roundabout journey to becoming an illustrator. I dropped out of the first art college I attended after only two years and completely gave up any art making at all for a long time. I think, in a way, a lot of pressure is put on creative children. You are told time and time again that your worth is your art and you are praised almost exclusively for your creativity above all else. I personally needed some time to figure out who I was as a human first and foremost, to untangle my self worth from my output as an artist. I held many jobs in the interim: I worked as a projectionist, a framer’s assistant, in a bookstore, on a maintenance crew and in many restaurants, bars and coffee shops. I moved to Seattle. I thought I was never going to draw again but, in time, drawing came back to me. Eventually, I moved to Brooklyn to attend the School of Visual Arts where I received my BFA with a major in illustration. Now I get to draw for a living and work for myself, both which are enormous privileges and gifts that I hope to never take for granted.

Great, so let’s dig a little deeper into the story – has it been an easy path overall and if not, what were the challenges you’ve had to overcome?
My first year living in Brooklyn was a true trial by fire. My partner moved with me from Seattle so I could go back to college at SVA and we were living in deep Crown Heights at the end of the four train line in an ancient apartment building where the shower temperature fluctuated at a seconds notice between lava water and plunging cold. My commute to school was about an hour both ways and I was working 20-30 hours a week on top of going to school full time so I was always so exhausted. I distinctly remember once taking the train back home just to fall asleep on the couch cradling an entire liter of diet Pepsi for 40 minutes between my studio classes. Whatever school grants and federal loans didn’t cover, I was paying entirely out of pocket by myself so I was dirt broke and living off food stamps. Two days after Christmas, we found out we had bed bugs and a week later, our apartment was broken into and both of our laptops stolen. It was miserable. But we got through it and every year was a little easier. I don’t regret it and am a stronger person for having endured it.

We’d love to hear more about your work and what you are currently focused on. What else should we know?
As an editorial illustrator, I primarily focus on making visuals for newspapers, magazines and quarterlies. Illustration is defined as a commercial art, meaning an illustration is usually accompanying a product. In my case, my work accompanies stories and articles. So if you were to open, say, the Washington Post, and there’s a big drawing on the page above the article, that’s an editorial illustration. And maybe it’s mine!

My specialty is in conceptual narrative, moody lyrical lighting and portraiture. I am often approached to illustrate emotionally heavy human interest stories or to add humanity to abstract tech or science topics in a relatable manner. I also get asked to draw a lot of portraits which tends to be less intellectually challenging but I love faces and value these projects just as much as my high brow editorial assignments.

What moment in your career do you look back most fondly on?
A couple of years ago, I had the honor of drawing one of the WNBA players for the Connecticut Sun. It was a promotional poster that they handed out for free on their first game of the season. They invited me to the game and at half time surprised me with a framed print on camera in front of the entire crowd. It was so sweet and kind and completely unexpected. A little girl and her mom came up afterwards. She asked me to sign her print and told me she wanted to be an artist one day. I wanted to cry because it was so endearing!

I could list a lot of big name publications that I’ve worked for or moments when I’ve successfully haggled for a higher budget, but at the end of the day knowing my work has connected with someone in a meaningful way never fails to floor me. I work alone in my studio, just tumbling around in the tundra of my mind all day, and then I send out these illustrations into the void. My work has been seen all over the world but I never have any idea how it is received if it’s received at all. So to be able to show my work to an audience and see it connect with humans both young and old was a really beautiful experience. 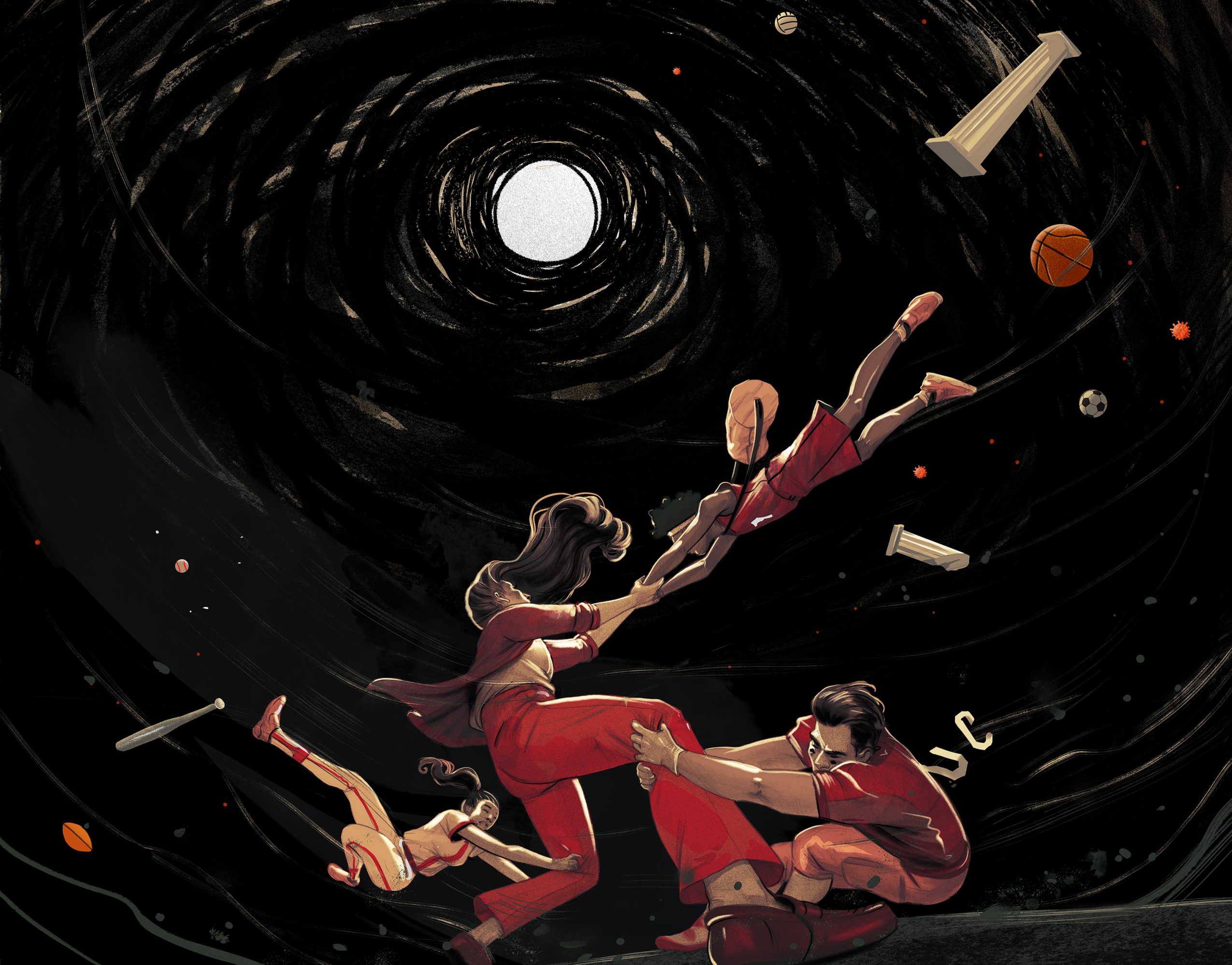 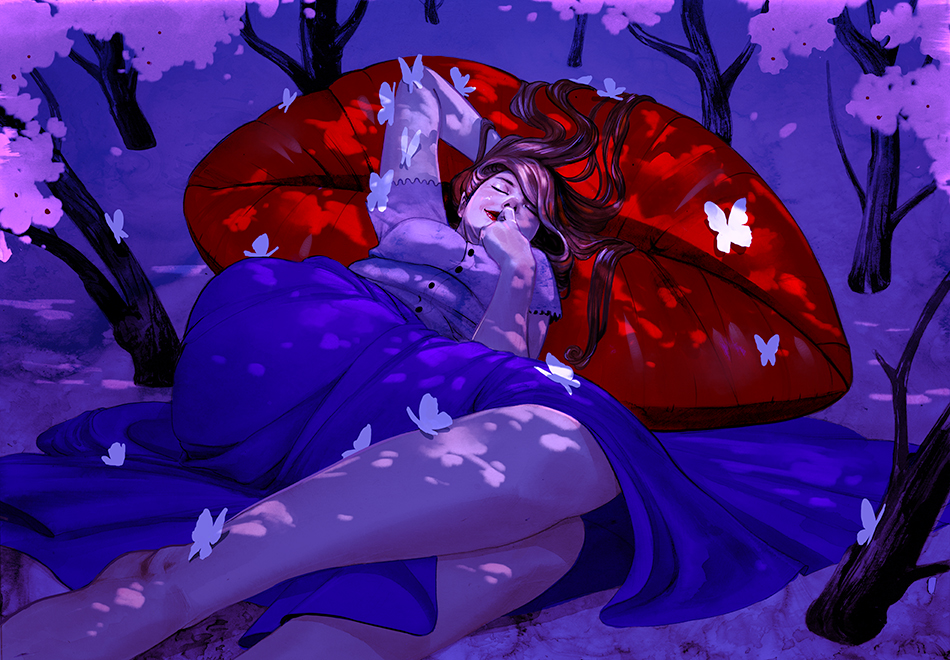 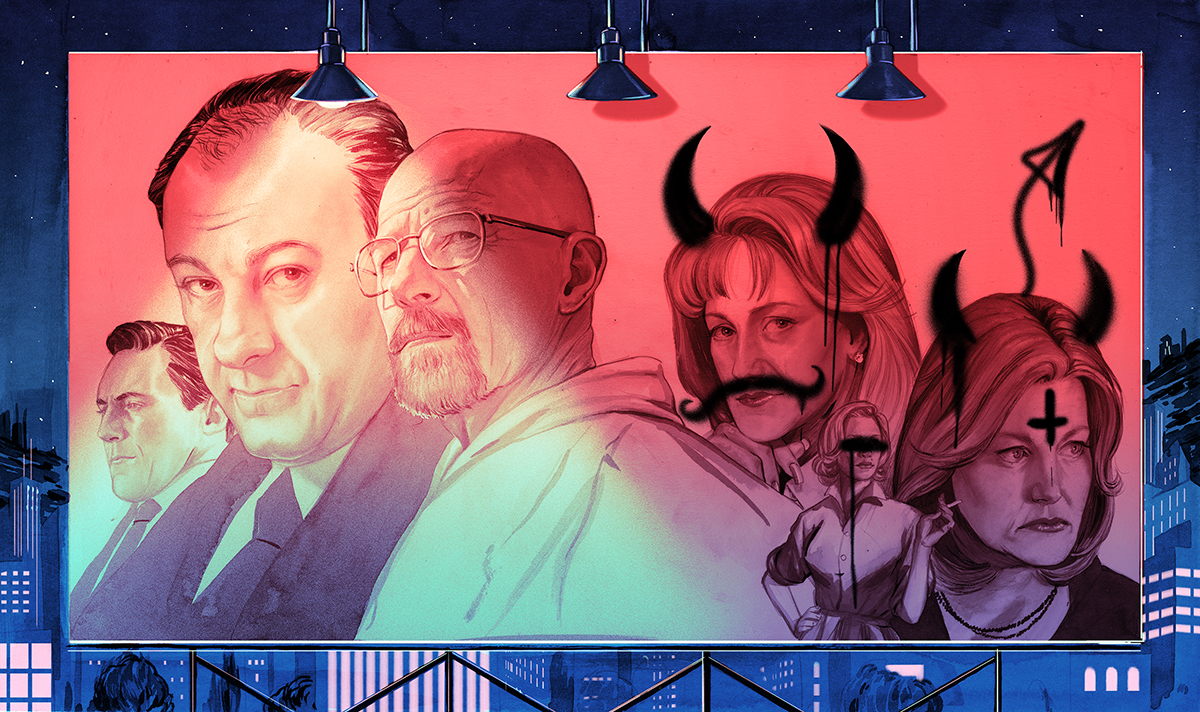 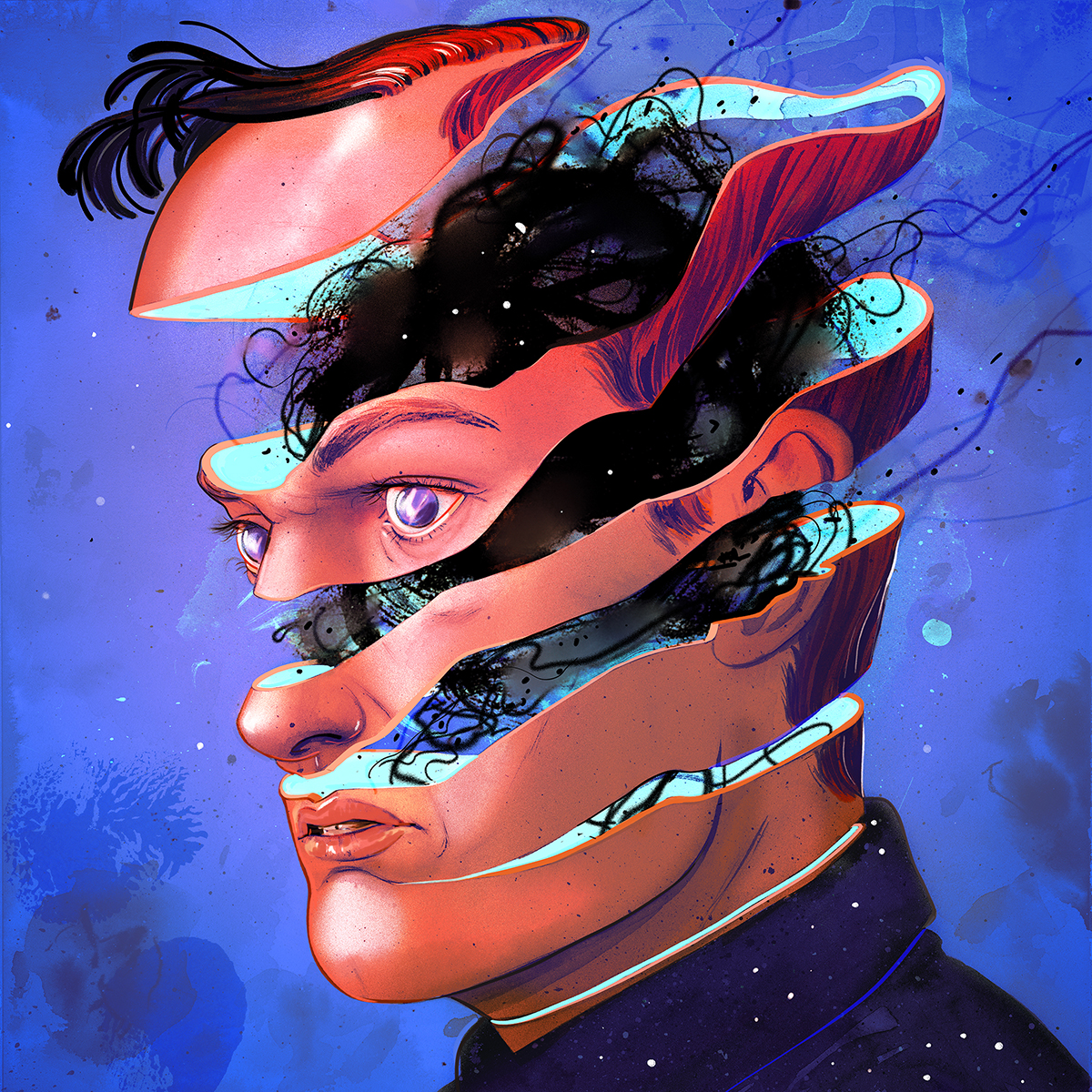 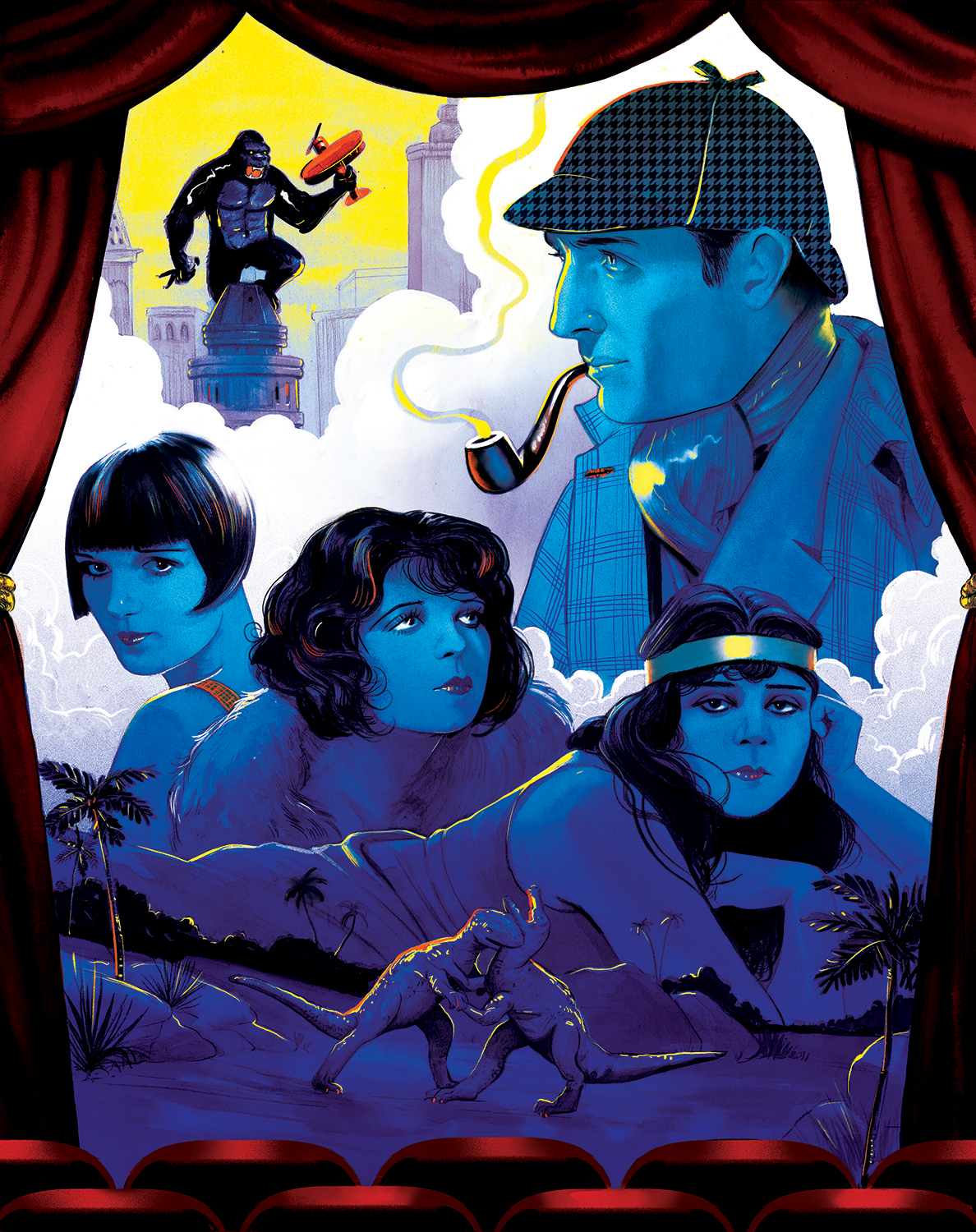 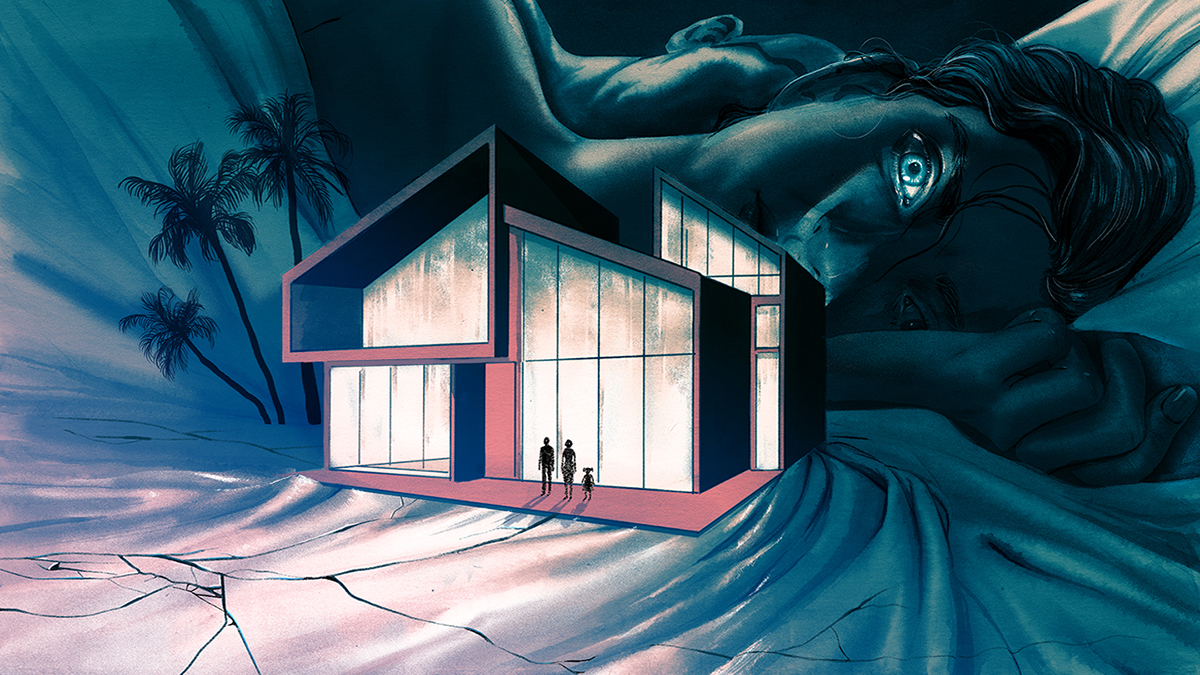