Meet Zoe Sloane of The Tanner 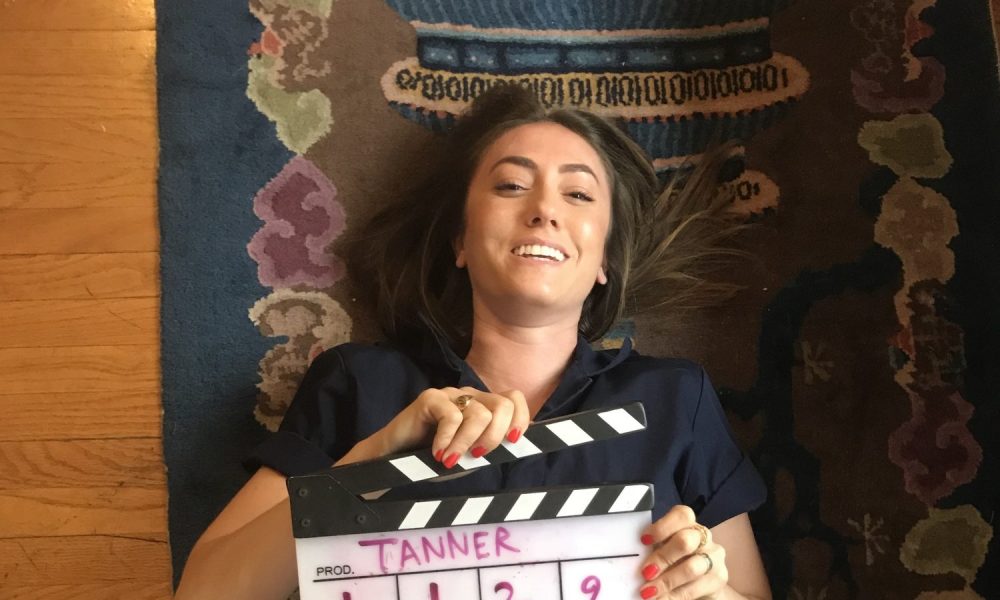 Today we’d like to introduce you to Zoe Sloane.

Thanks for sharing your story with us Zoe. So, let’s start at the beginning and we can move on from there.
I wrote and produced The Tanner, a scripted series based on my life working as a door to spray tanner to the rich, the famous, the wannabes, and the cute (but psycho) women of Los Angeles. It’s mostly about female relationships and obstacles, not spray tans, and I feature women of all colors and backgrounds. I first wrote it in an attempt to take control of my non-existent acting career but I ended up becoming addicted to comedy, writing, and obsessed with getting the show made. After a few years of trying to get everyone I knew in the business to read it, I still wasn’t able to get a pitch meeting despite being told the script was funny and original. I was scared friends were just telling me what I wanted to hear.

It was then that my friend Marcelle Pallais (model turned photographer) had just moved from New York. She wanted to start directing and encouraged me to pare the whole thing down and make it as a web series ourselves. After a couple of false starts and failed attempts, we put a plan in place and after we found cinematographer Daria Rountree in a women in film facebook group plus sound woman Lauren Kleeman, we were ready. Well, ready-ish. With each shoot, we learned so much and every episode got progressively better. Marcelle proved herself to be a great director and editor and I became a producer. It was super important to me that we assemble an all-female team to make the show because our actresses bare their souls on the show, literally and figuratively. If I could make my set the safest space possible, why wouldn’t I? I’m making this show despite the boys club that is this industry shutting me out, so for once, I got to call the shots.

We shot in donated locations, cast mostly off actors access and from my network of hilarious female stand up comedy friends, and I financed the whole thing with money I made bartending. Marcelle directed and edited episodes 1-4. She has a great comedic eye and she’s super practical so she kept me realistic while I was writing each episode. She also wrote episode 3 which was so cool to see come to fruition because it showed me that I had done my job of creating a show well in that she could come to me with a spec and have me go “oh you got it, thats, right, let’s make it”. A great feeling that I got to experience again when Daria stepped up to direct episode 5, which I think may be our best yet, and apparently some other people think so too because its been accepted to two festivals so far (Indie Short Fest, Hollywood Comedy Short Fest) and we are waiting to hear from a few more. A few potential sponsors have even contacted me. I feel like we are just getting started. I can’t wait to collaborate with more women and continue to create this funny show.

Has it been a smooth road?
Certainly not a smooth road but its getting smoother… The first episode in the series is was actually the second we shot. The original episode one starred Joanna Vanderham (The Warrior, The Paradise on BBC) who is a close friend and a big fan and supporter of The Tanner from day one. She was in town for just a few days to visit in between season one of the new Cinemax show, The Warrior in Cape Town. We basically had her for a day but I knew I needed her involved. Originally, I had always dreamed of her playing Caitlin, the goofy unfiltered best friend character to the lead but paring down the original pilot would have been too difficult in such a short time, so I created a new character for her. Our shoot went well then come to find we were missing some essential shots when we got into editing.

I was crushed but Marcelle assured me that we’re first-time filmmakers! Its good we popped our cherry, now it’s on to the next. I do still wish we hadn’t popped it with an Emmy nominated actress, though. Thank god she’s a friend! But it all ended up working out when in episode five, Joanna got to make her debut as Caitlin. Something that would not have happened had we decided to keep the original episode one. On that shoot, we also saw how much we could accomplish in such a short time and it set the formula for how we shot the rest. Scripts under ten pages, one location, one (sometimes two) shoot days. It was a challenge but it worked so well we made two, three, and four consecutively! We got these shoots down to such a science that when we do come into a problem, we have time to fix it. Like while shooting five, an episode in which I spend the entire time on the floor, a light fell on my face! It cut my nose and there was blood but Joanna and Daria we on me with tissues and ice in two seconds. I filled the cut in with makeup and we rushed to finish the scene before a bruise started to form!

We’d love to hear more about your work and what you are currently focused on. What else should we know?
I started as an actress and I’ve always had lots of LOTS of jobs to be able to audition. Restaurants, bars, clubs, clothing stores, spas, hair salons, as a spray tanner, I even worked in an illegal underground poker room! I’ve pretty much done it all, and now I’m a copywriter at a cosmetics company in addition to making The Tanner and doing stand up. When you ask me what sets me apart from others? They say you should write what you know… well, I’ve lived a lot of lives so I know A LOT. I’m able to write from many perspectives about lots of different types of people so I hope that’s what will set this show apart from the others out there.

How do you think the industry will change over the next decade?
Well, I already see a huge trend in short form content becoming mainstream. Netflix has premiered a bunch of new show that are 15-20 minutes which makes me hopeful that we might be able to get The Tanner a real home sooner rather than never. 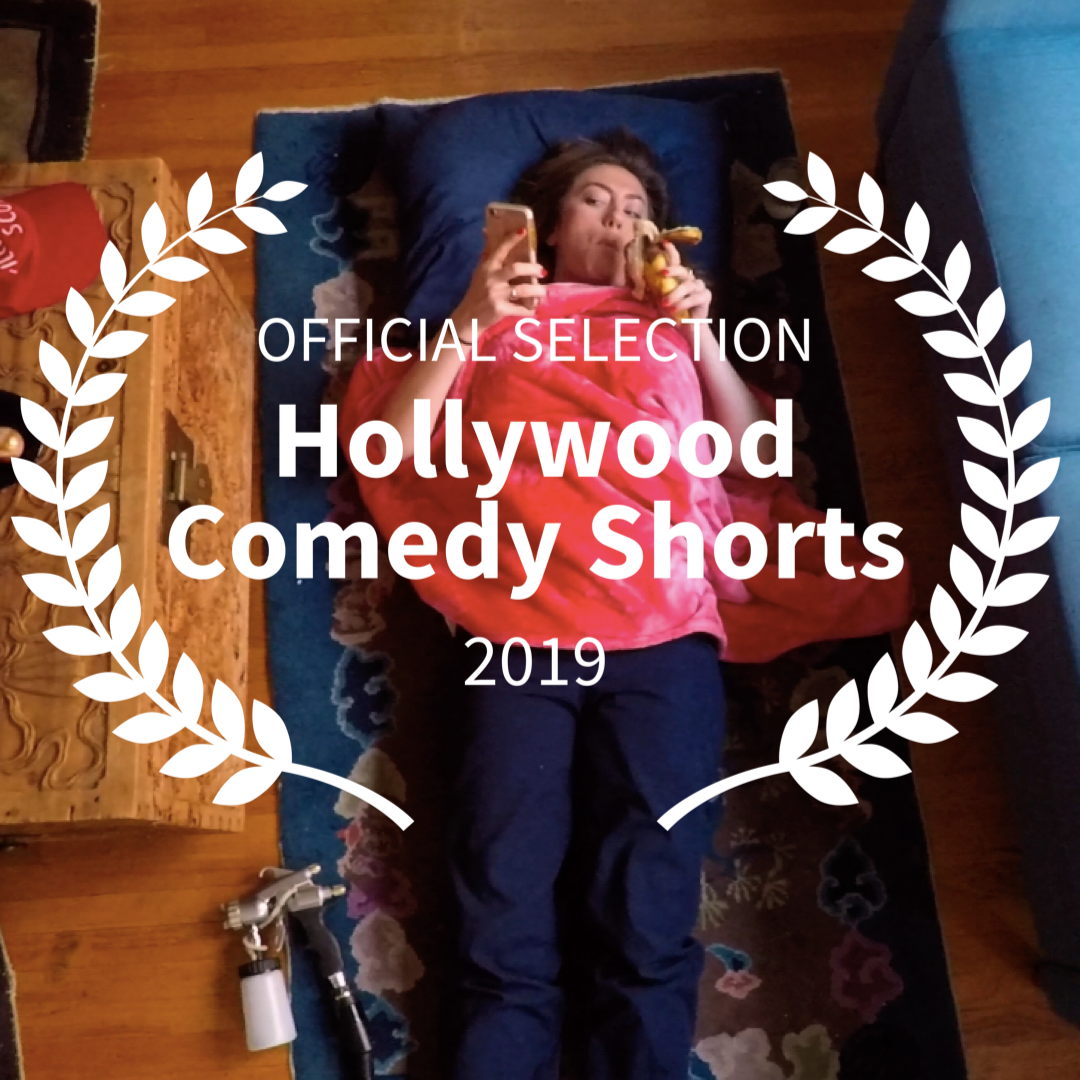 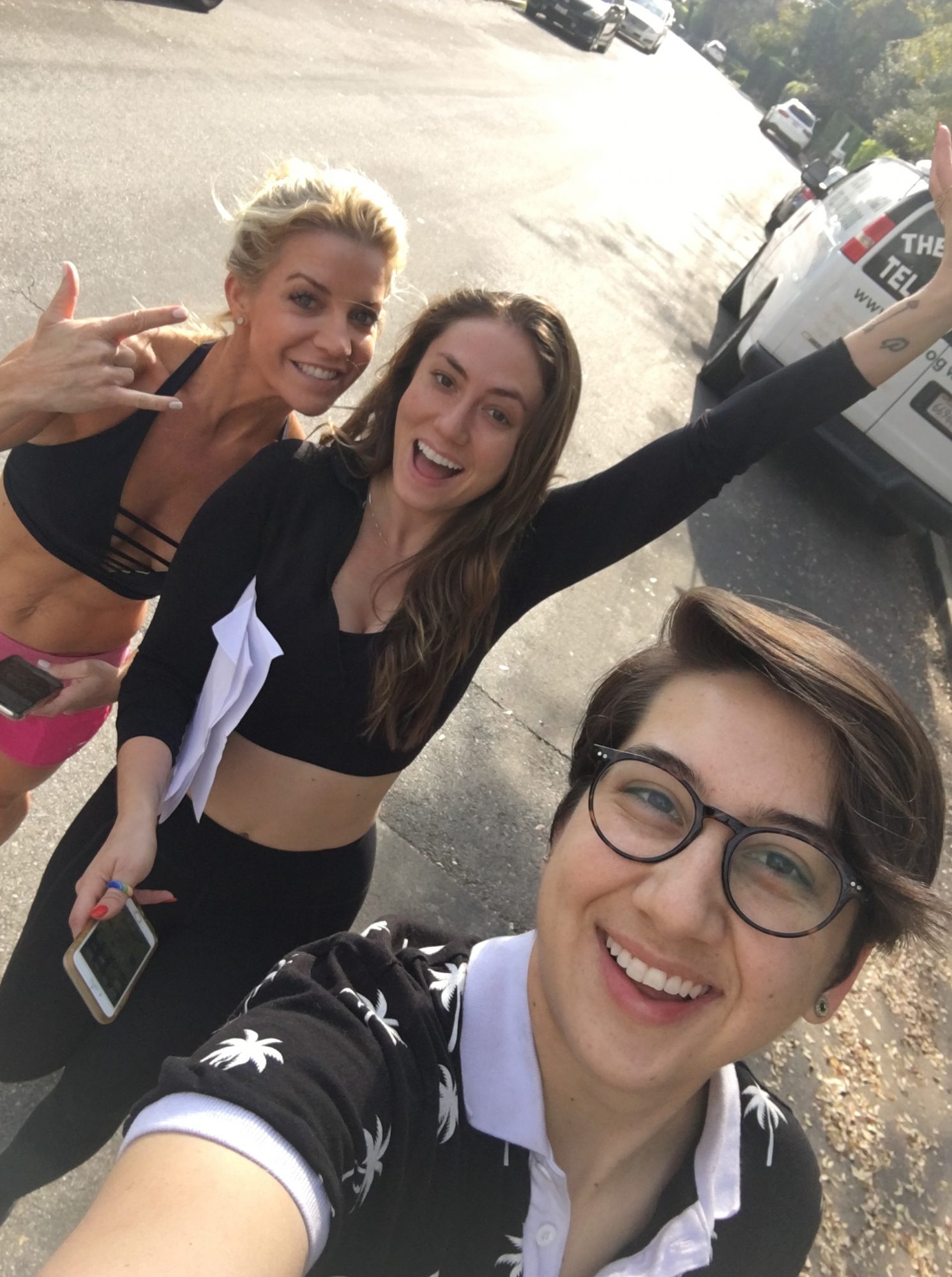 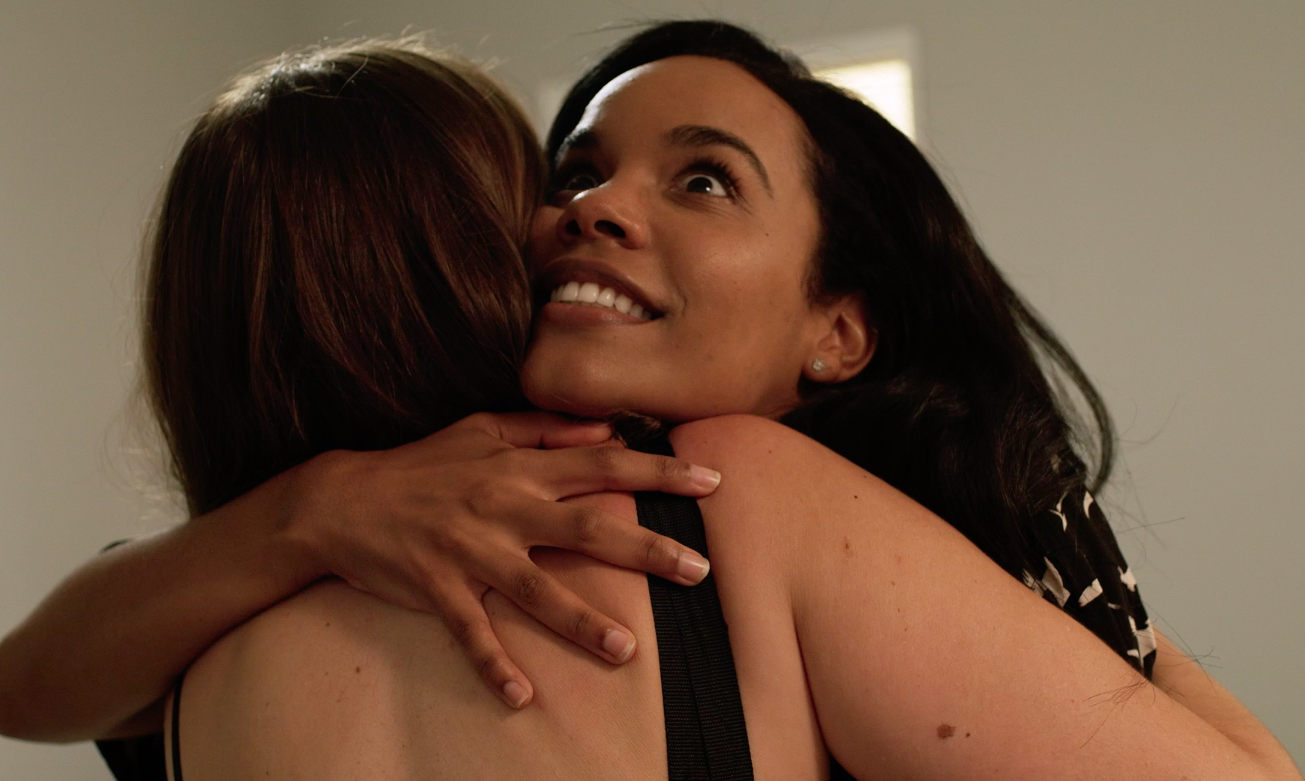 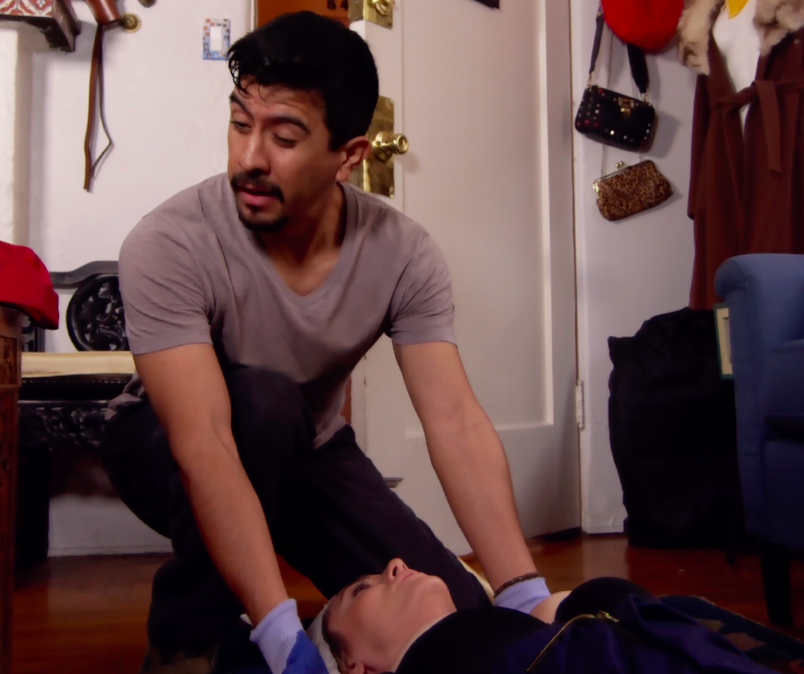 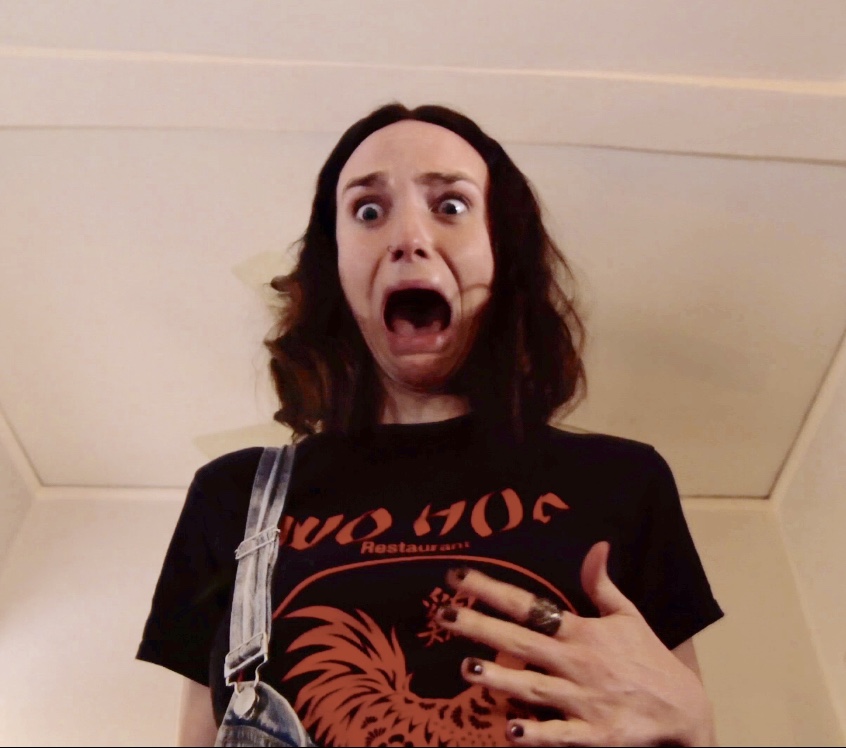 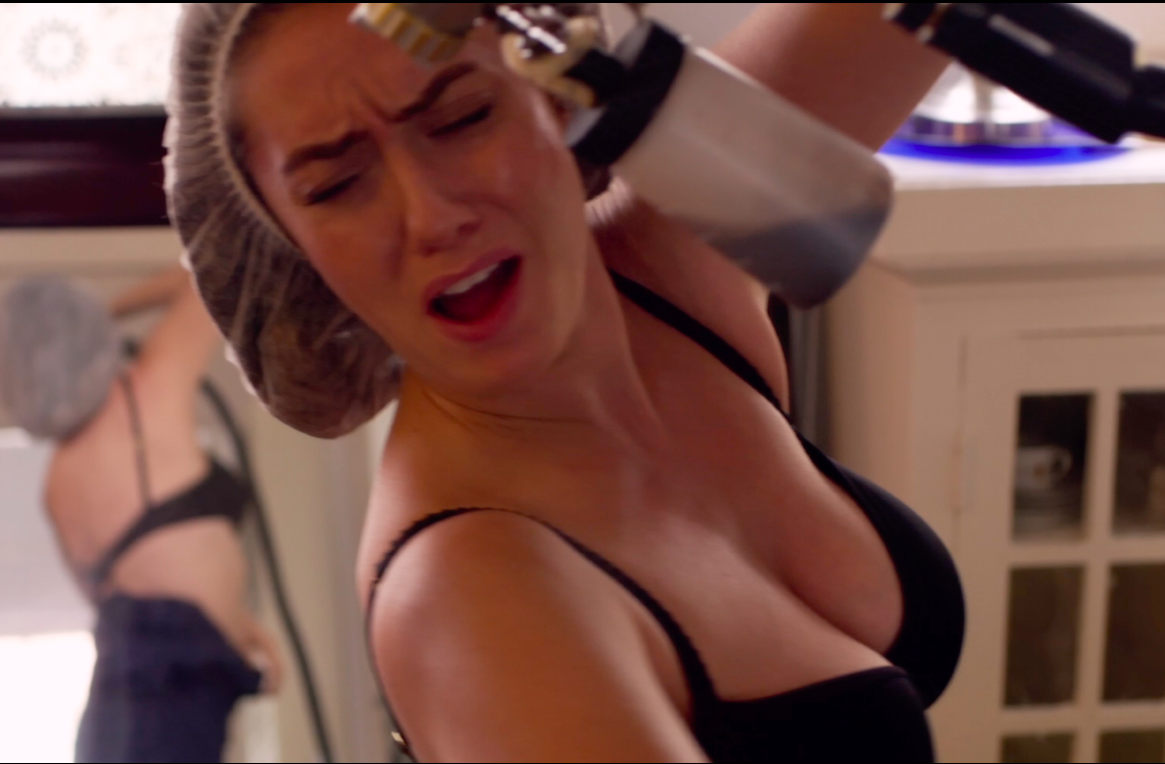 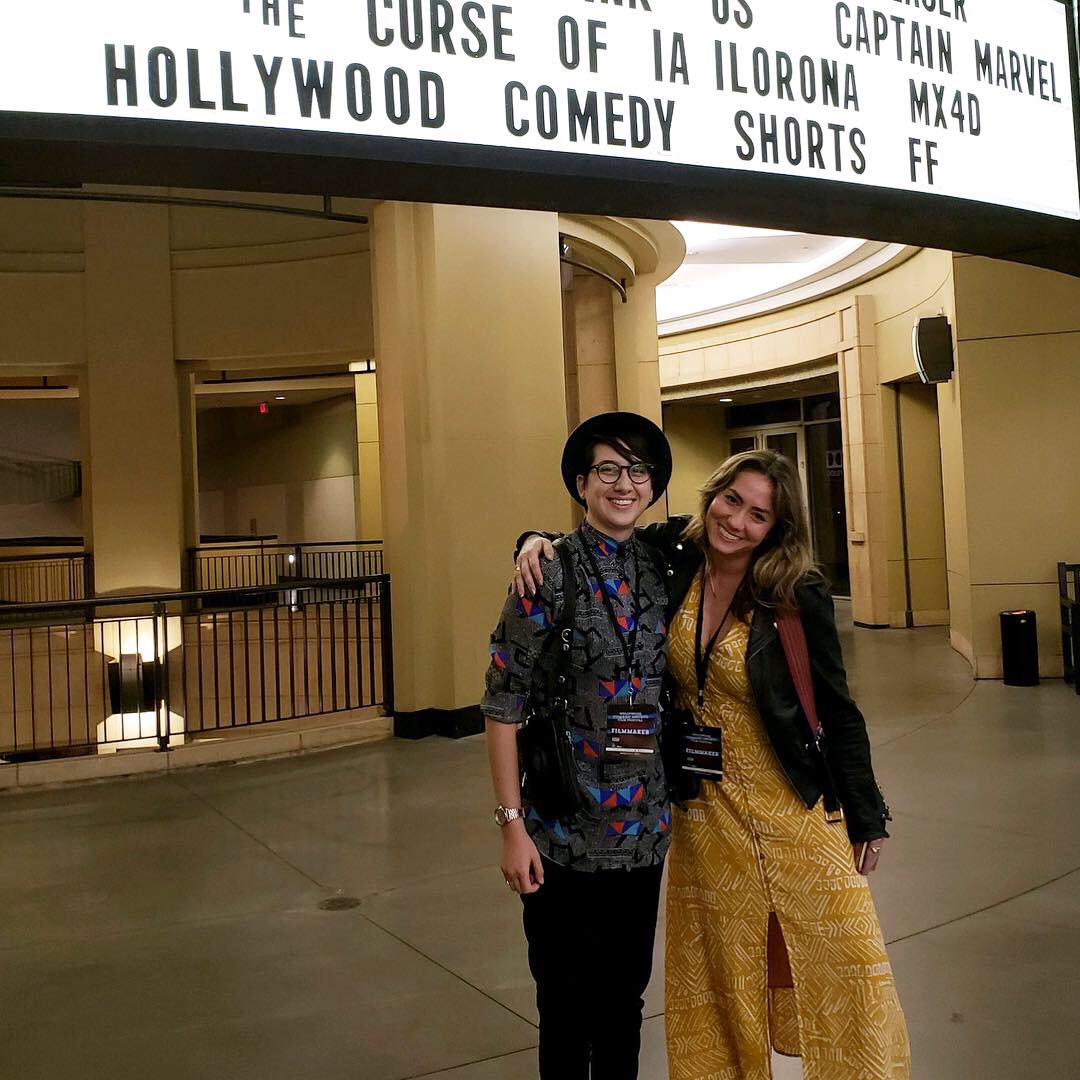 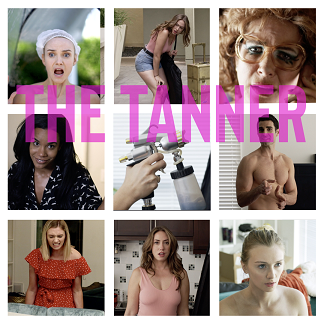