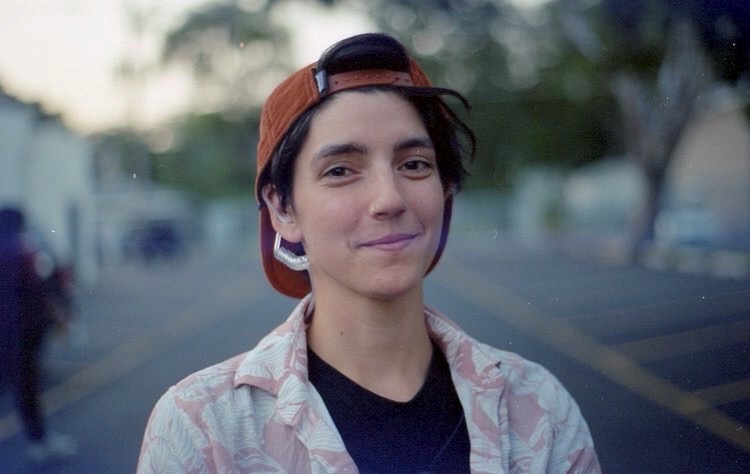 Today we’d like to introduce you to Zoe Lubeck.

Thanks for sharing your story with us Zoe. So, let’s start at the beginning and we can move on from there.
I’m a cinematographer and director. I live and work in LA.

I grew up outside of Chicago. I guess my first exposure (pun intended) to film was when I was a kid. My dad used to shoot 35mm black and white film on his Nikon EM. He was just doing it for friends and family, but he had this knack for capturing deeply emotional candids. I begged him to lend me his camera so I could do the same, albeit clumsily.

I had always loved movies. I mean there was no better feeling than walking home from Family Video with your arms full of this week’s picks. (May she rest in peace) But It didn’t dawn on me until most of my way through undergrad that there was a person behind the camera making decisions about mood, tone, movement, and light; let alone that person could be me…Movies were simply magical entities handed down to us from some otherworldly beings.

In 2013 I agreed to help out on a friends short film. Looking back, the short was a down and dirty as they come; we had a boom mic gorilla taped to the end of a broomstick, nobody was paid, and I was hand holding a very shaky DSLR with zero ND. It was the most glamorous thing I had ever done.

It wasn’t long after I decided I wanted to be the person behind the camera, telling stories through my own lens. I took as many classes as I could and applied to graduate school for cinema. While I was in school at DePaul I worked as an AC on indie features, shot a feature, and directed a few things of my own. It was a crash course in lighting, composition, structure, experimental narrative, collaboration, and 12 hour workdays. I wanted to shoot anything I could get my hands on.

In 2014, LUCY, a zero budget film I directed won a Student BAFTA, and a few other shorts have gone on to premiere at fests all over the world. (For some reason Germany really likes my queer quirky short Grace and Betty, a film about a closeted grandma and her closeted granddaughter.) I got a taste of the power in storytelling…the empathy it can inspire in people. I can’t think of a better way of influencing people’s beliefs than through what they see and who’s truths they are asked to witness.

Although I love directing, I’ve found cinematography to be the thing that keeps pulling me back in. I love the job because it is multifaceted; technical, artistic, political, exhausting, and endlessly rewarding. The feeling it evokes when I capture a unique performance or emotion allows me to understand the human experience in a profound and personal way.

I moved to the West Coast a bit over a year ago to dive deeper into the field. Although my relationship with LA is fraught, and I miss Chicago like mad, I’ve found LA full of brilliantly talented artists and technicians. Anything you can dream up is possible here because the people are driven and down to take risks. I fell into a full-time job shooting and operating for BRAT, a Gen-Z focused youtube startup. Outside of that work, I am writing a couple of projects and shooting music videos and shorts.

We’re always bombarded by how great it is to pursue your passion, etc – but we’ve spoken with enough people to know that it’s not always easy. Overall, would you say things have been easy for you?
I have also learned the sobering reality of the professional makeup in my field…Of the top 100 grossing films of 2018, women only represented 3% of all cinematographers. It makes me angry when I look around me and I see so many talented women working towards shooting bigger projects. It’s not that the talent isn’t here, it’s that there is an old, outdated system that makes it 97% harder for women, queer folks or POC to break in. There have been a times where physical shooting spaces have been blocked to a production because of the queer content of our scripts. That didn’t feel particularly good.

I think the struggle is to maintain the excitement I felt in the beginning of my career. I try to use the reality of the industry as fuel to my fire. It’s easy to let it get you down, but we can’t let that happen. We have to keep showing up and trusting in ourselves. I think in a technical field it is so easy to get hung up on not knowing enough, and not feeling qualified enough. But I’ve found that showing up anyway and asking questions is the best way to learn. And it shows people that vulnerability is not a weakness, which, in my experience, isn’t exactly the status-quo of the industry.

It’s also easy to compare yourself to other people and judge where you’re at. There will always be people working on bigger, shinier, and cooler things. The key is to be excited for them and continue on your own path. Trust you are going at the right pace and things will unfold in their own time. I’m endlessly excited about the future, I think I’ll peak in my 40s, so I’ve got some time.

We’d love to hear more about your work and what you are currently focused on. What else should we know?
I work full time as the in house shooter for the entertainment tech startup BRAT. They’re only a couple of years old and have already been making waves in the entertainment world. They just locked down some big brand partnerships and are reaching millions of kids with their shows every week. BRAT is great environment to learn on the job and to learn to work fast at high volume. Alongside the DP work, I get to work with freelance DPs and directors as their B camera operator.

What were you like growing up?
Growing up, I was a quiet, emotionally intuitive outdoor kid…My mom always called me the “eyes of the family”, because I was always intensely observing everyone and everything around me. I loved to be muddy, hiking with my family, and riding my bike. My grandparents lived in Colorado, so we would try to go to the mountains as much as possible.

I think those experiences, the ones where I was close to nature, taking in pristine landscapes, are the ones that made the most impact on me. I think a lot of that has carried over into my adult life. Whenever I am feeling creatively stuck the fastest way to unstick myself is to get away from the city noise. Hiking and camping reminds me of being a kid…where the only thing that really matters is what is immediately in front of you.

I also read a ton of young adult fiction. My grandma owns a kids bookstore in Denver and she would send my siblings and me new books every few months. We would even get Harry Potter a couple of days before everyone else. I think that was the first story I remember being completely immersed in. I was an introverted kid, and there was no better feeling that to slip into another world in such a complete way. I think about how that love transformed into my love of film. I’m in total awe of fantastic filmmakers like Guillermo Del Toro, Alfanso Curon, and Hayao Miyazaki. They can transport the audience to another world without having them question a thing-thats the kind of filmmaker I strive to become. 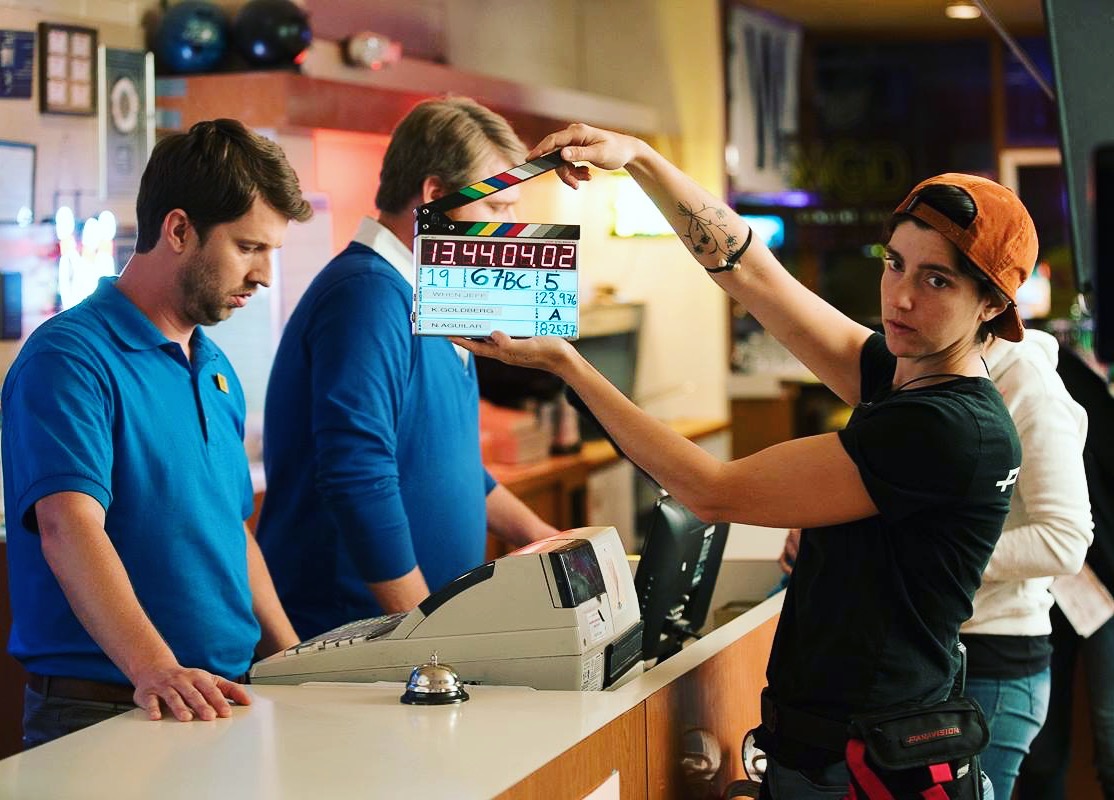 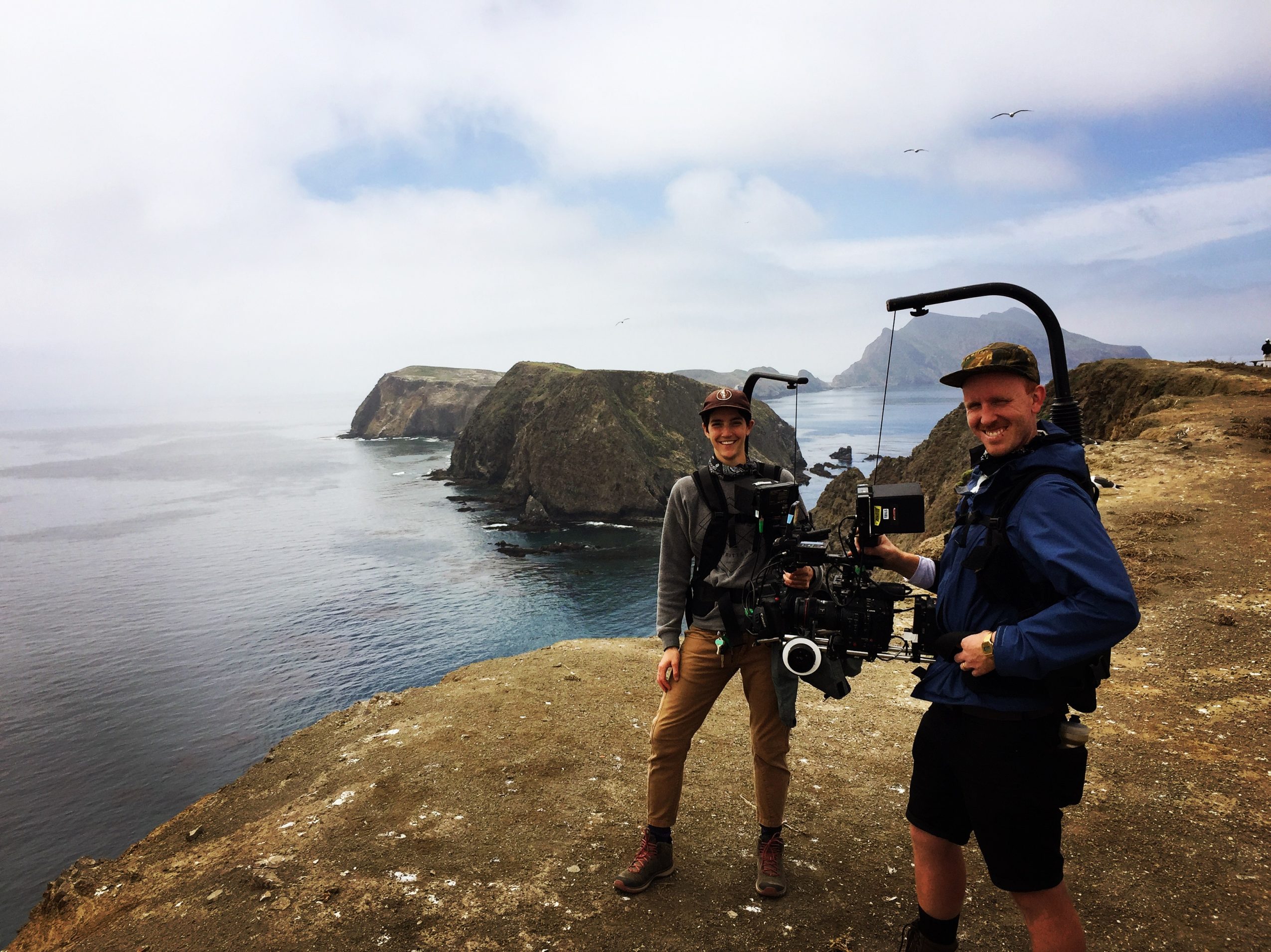 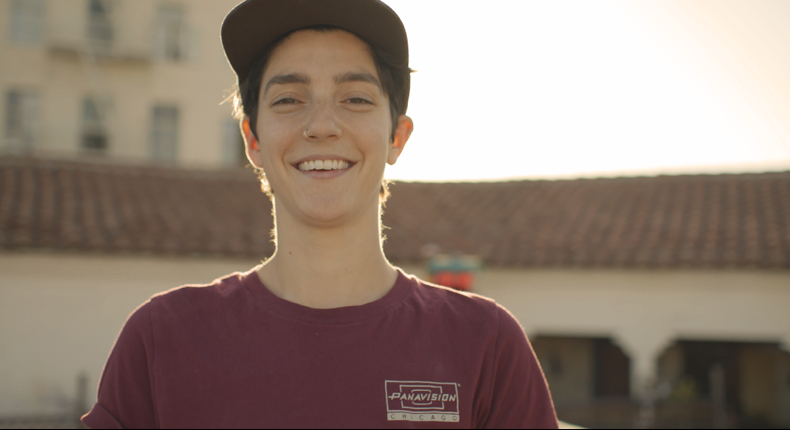 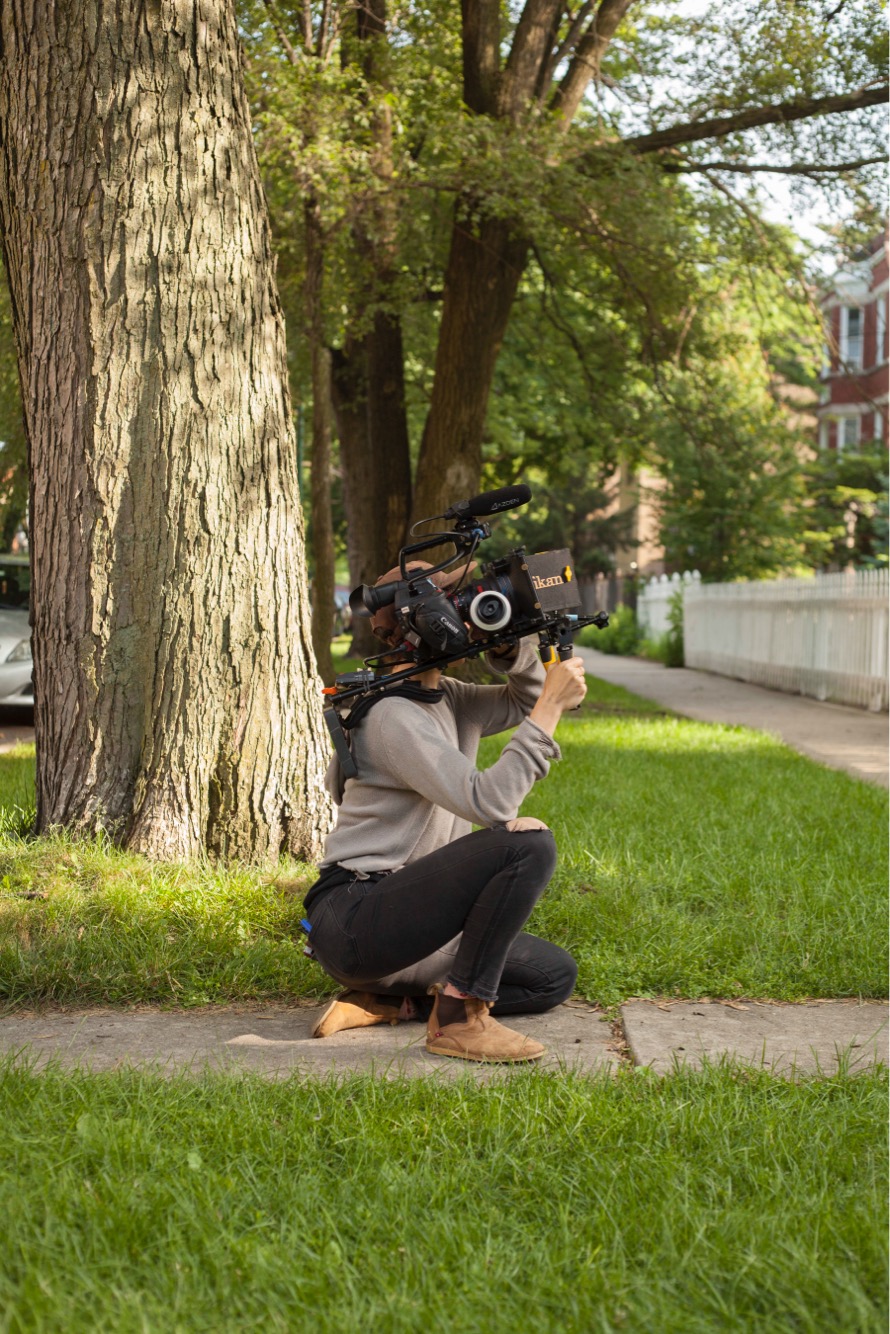 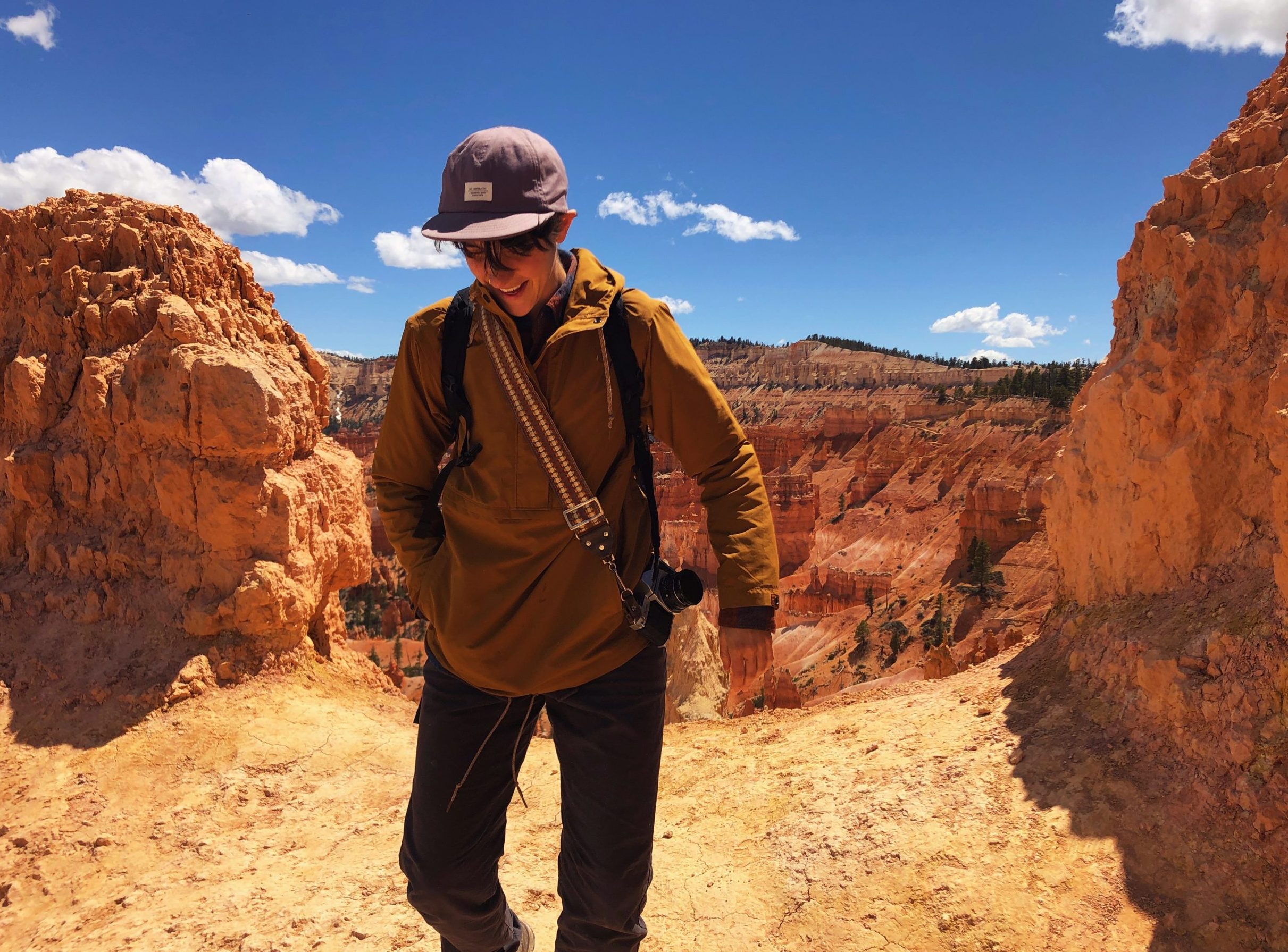