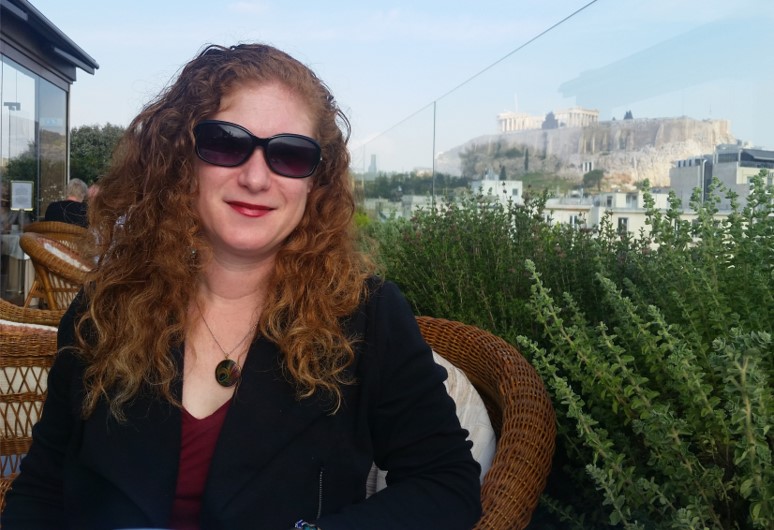 Today we’d like to introduce you to Zenobia Neil.

So, before we jump into specific questions, why don’t you give us some details about you and your story.
For as long as I can remember, I’ve enjoyed making up stories and writing. I grew up in a Victorian house in Echo Park and was always curious about the past. My mom told me a lot of Greek myths when I was a kid and they really resonated with me. I wrote my first two novels in high school. (One was horrible, one was okay.)

For college, I went to Evergreen in Olympia, Washington. I studied African, Greek and world mythology and literature as well as writing and voodoo—I obviously had no idea what I wanted to do after college. I had always been drawn to magic and history, but I had no idea how to translate my interests into a job. The funny thing is that right now, one of my biggest regrets is not studying Ancient Greek—something that seemed completely crazy back then. I wrote a novel at Evergreen called Stoners in a Stoneyland about a group of college kids who float out on the Puget Sound in a VW bus. It was not a terrible third novel, but I definitely wasn’t taking my writing seriously.

After living in San Francisco, Monterey, California and Japan, I returned to Los Angeles and got a job teaching. Over the summers, I took a couple of writing classes in Europe. The first class was in Montpelier, France through the University of New Orleans. I figured I’d be the only person over twenty-two and the only Californian, but the first day I met Lisa and not only was she an adult, but she also lived in LA! We started a writing group when we got back from France, and it’s still going strong.

Through the writing group, I met a very witty guy. We ended up falling in love, getting married, and moving to Atwater Village. My writing group kept meeting, but I didn’t think my fiction would ever be published. My husband and I got a dog. I co-wrote a nonfiction book and basically put my fiction writing aside. When my second child was about 18 months old, I stumbled upon “The Queen of Warriors,” a short story I had written about a Spartan woman warrior and her Persian bed slave. It was a sort of Xena: Warrior Princess/Mary Renault mash up. I had given it to my writing group years before, and one of my friends had said he thought it was the best thing I had written.

This, along with the support of my husband, mom, and friends really encouraged me to continue writing. I continued sending out query letters and getting rejections. Through the LA Romance Author’s group and the Southern California Historical Novel Society, I began to learn the business side of being a writer. While researching and writing The Queen of Warriors, I also wrote a book about a eunuch in the Imperial Ottoman Harem who’s given a jinni in a bottle by a beautiful woman. Realizing that a bisexual eunuch as a main character was too much for traditional publishers, I decided to indie publish The Jinni’s Last Wish in 2018. I’ve been working on The Queen of Warriors for seven years, and it’s going to be published on 9/19/19!

We’re always bombarded by how great it is to pursue your passion, etc – but we’ve spoken with enough people to know that it’s not always easy. Overall, would you say things have been easy for you?
Before I started writing again, I really thought that I would never be a published writer. I was sad that I had given up my dream; I thought I just wasn’t good enough to get published. But then I started writing again and reinvented myself. It was really important for me at that time when my kids were little, and I was trying to figure out who I was.

Finding time to do research and write was a huge challenge. I really struggled to make time to write. For a year or two I hardly watched any TV except Game of Thrones. It was a struggle to write after working and putting the kids to bed. The best time I had to write was when the kids were watching TV on weekend mornings.

The challenges of actually getting published and figuring out the daily life of different time periods was something I expected. But what I didn’t expect was how hard it would be to put my characters through some serious trauma, which is why I ended up writing two other books while working on The Queen of Warriors.

We’d love to hear more about your work and what you are currently focused on. What else should we know?
I write historical fantasy with romantic elements—basically all my writing has history, sex, and magic. It’s important to me to have diverse and LGBTQ characters in my books. One of my favorite aspects of history is how people in the past didn’t view sexual orientation as a static state as we often do today. I also feel that it’s important to show the diversity that existed in the ancient world. I’ve read too many stories about white Europeans and read about too many main characters whose goals are to marry a duke or please the sultan. I wanted to write about the girls in the harem who wanted to hook up with other girls in the harem. I wanted to imagine what a eunuch felt surrounded by beautiful women. I’ve enjoyed reading books about European royals and women of the past trying to negotiate a suitable marriage, but I want to read about a different kind of history, so I started writing books that reflected stories I’d read and what I imagined.

I’m currently focused on my upcoming publication of The Queen of Warriors: Alexandra of Sparta Book One on 9/19/19. I’m having a reading at Skylight Books on Sunday, September 22nd at 5:00. (Hooray for indie bookstores!) This is the book that started me down the path as a historical fiction writer, so it’s very cathartic to finally publish it. Here’s a sneak peek of the book trailer. https://www.youtube.com/watch?v=UnqXIk2fIf4&feature=youtu.be

How do you, personally, define success? What’s your criteria, the markers you’re looking out for, etc?
For me, just being back in a creative space is a huge success. Simply feeling inspired to write, enjoying researching, and having the time alone with my characters is such a gift. Then on top of that, there’s having readers connect with my books. A writer friend told me that she read Psyche Unbound while her mother-in-law was dying and it really helped her. That’s a form of success I never expected to receive. Of course, I’d love for my books to be best-sellers. I would love to make enough money to write full-time, and while I’m fantasizing, I’d love my books to be translated to the screen. But realistically, just knowing that my writing touches, inspires, entertains, and educates people is also a great success. 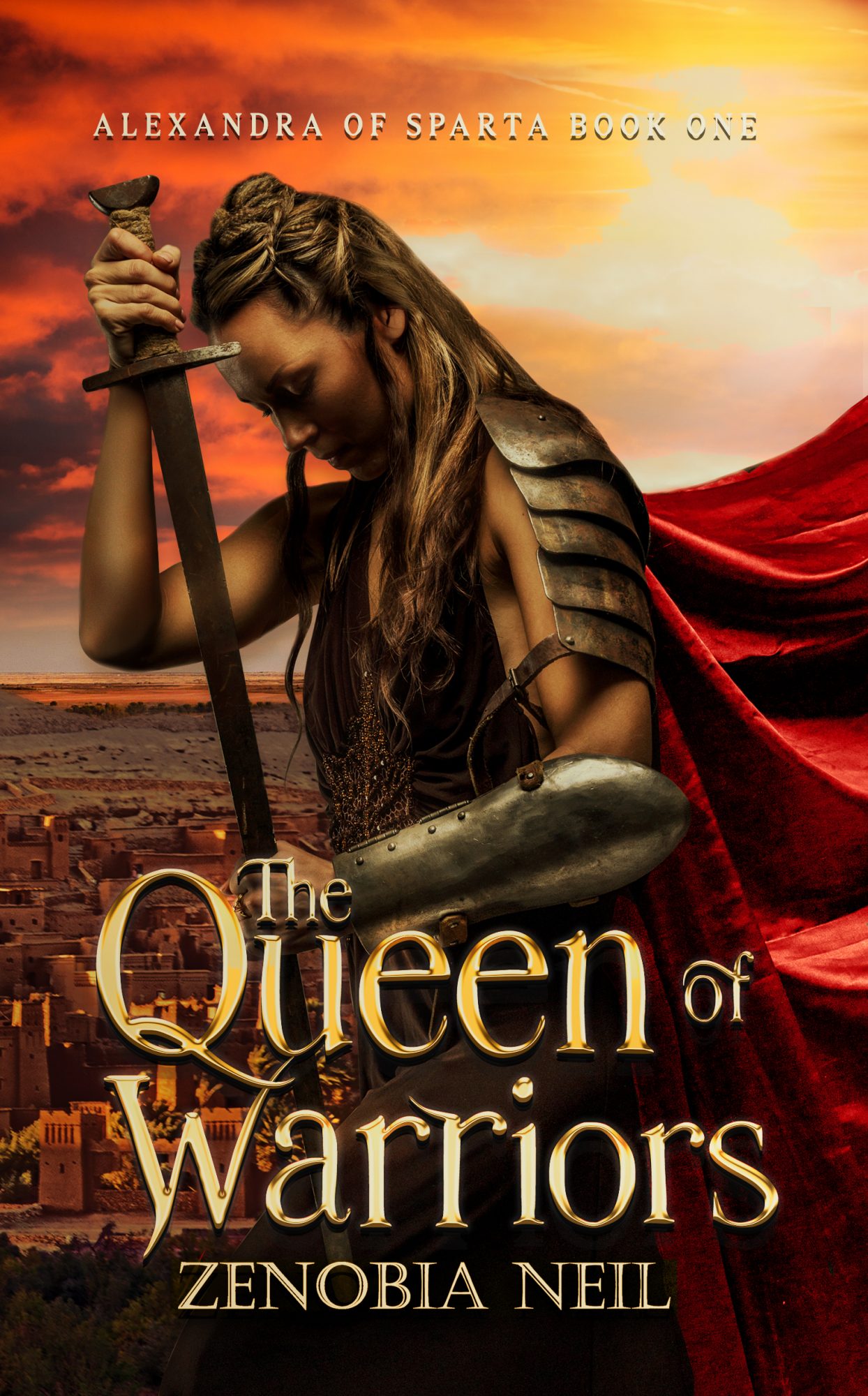 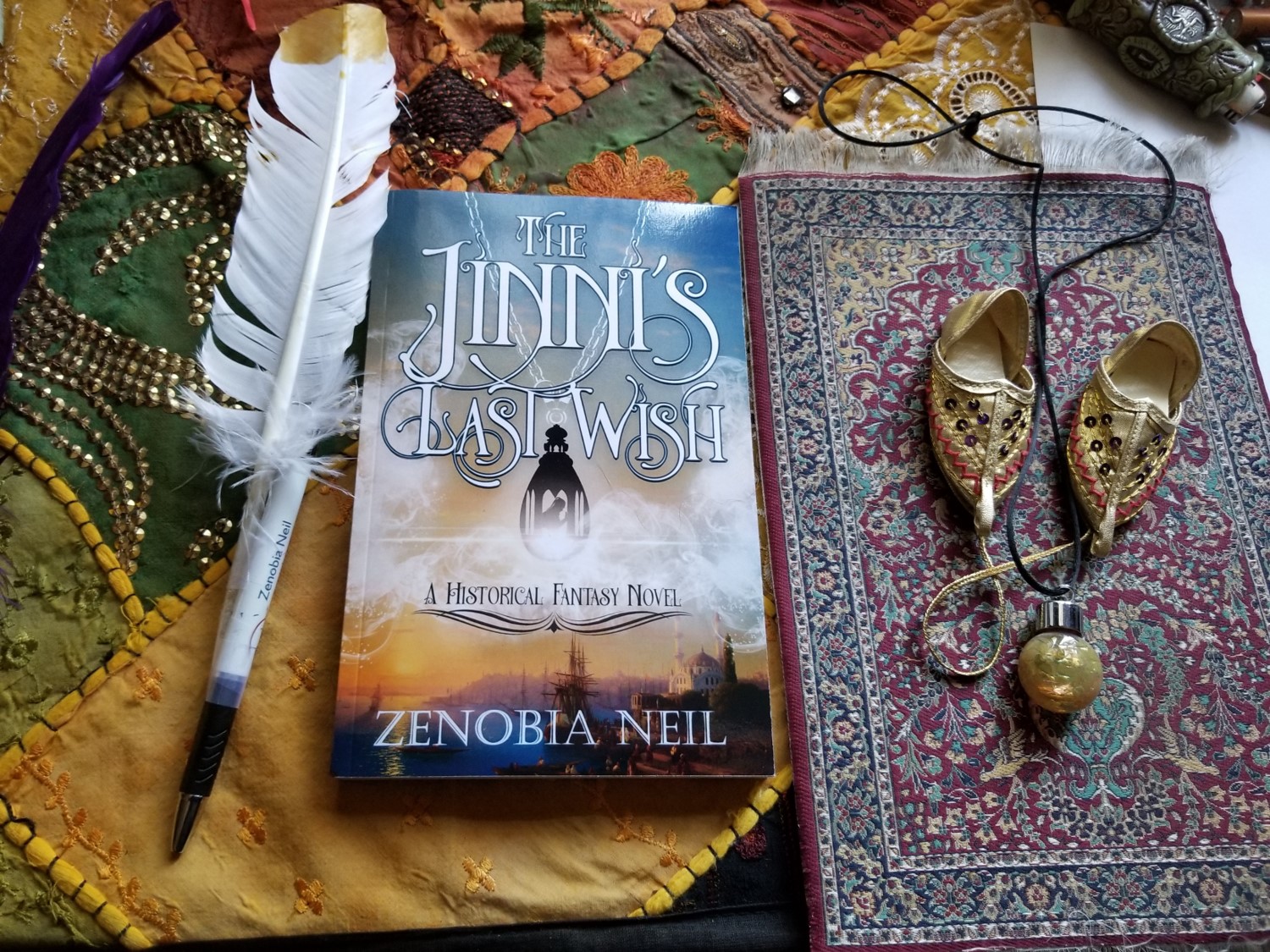 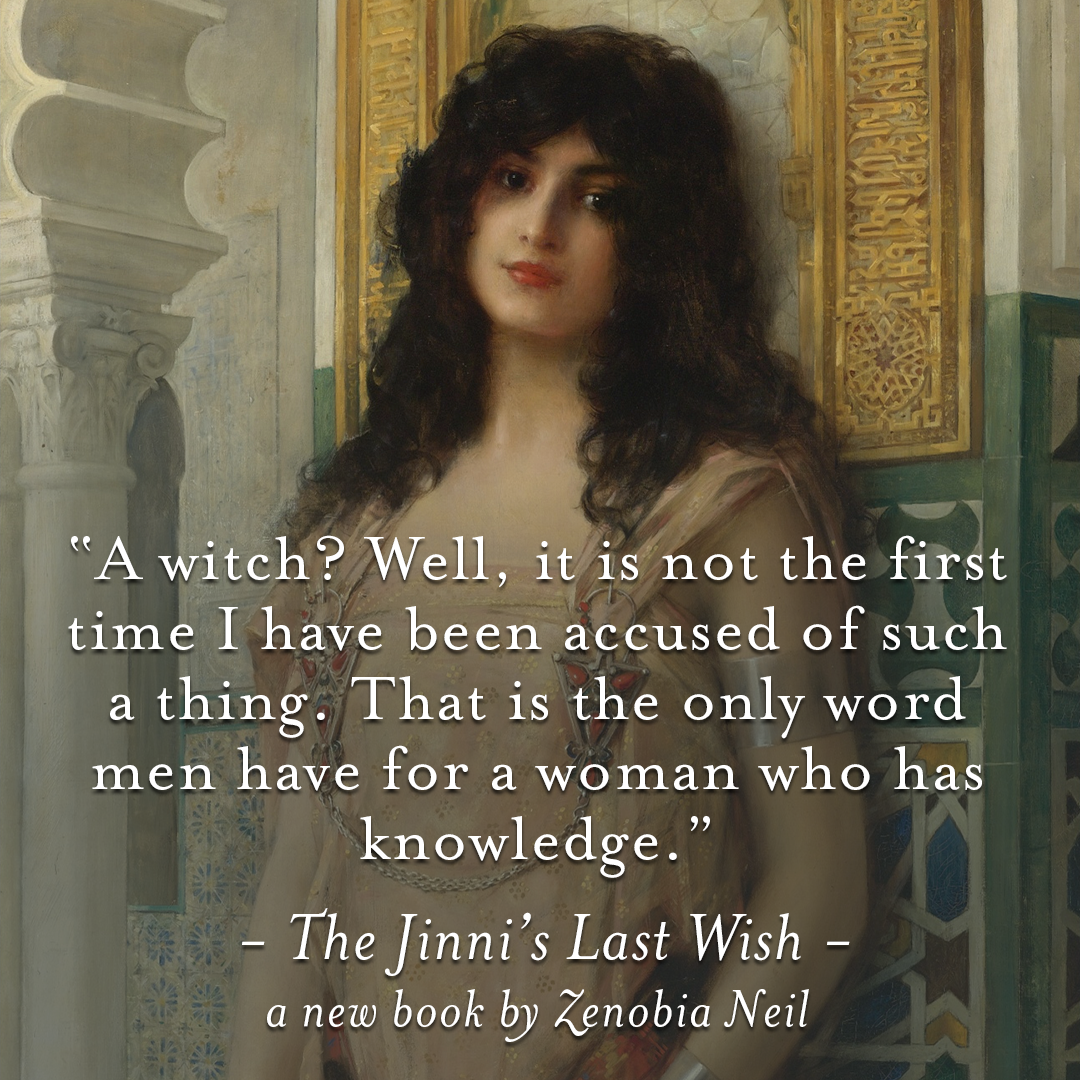 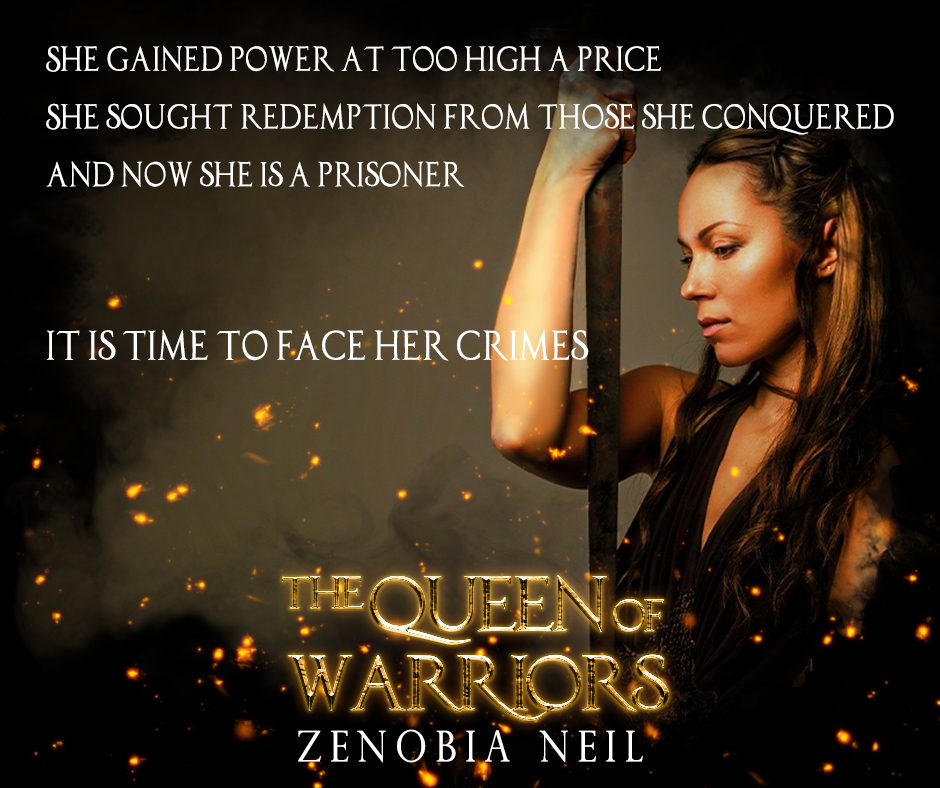 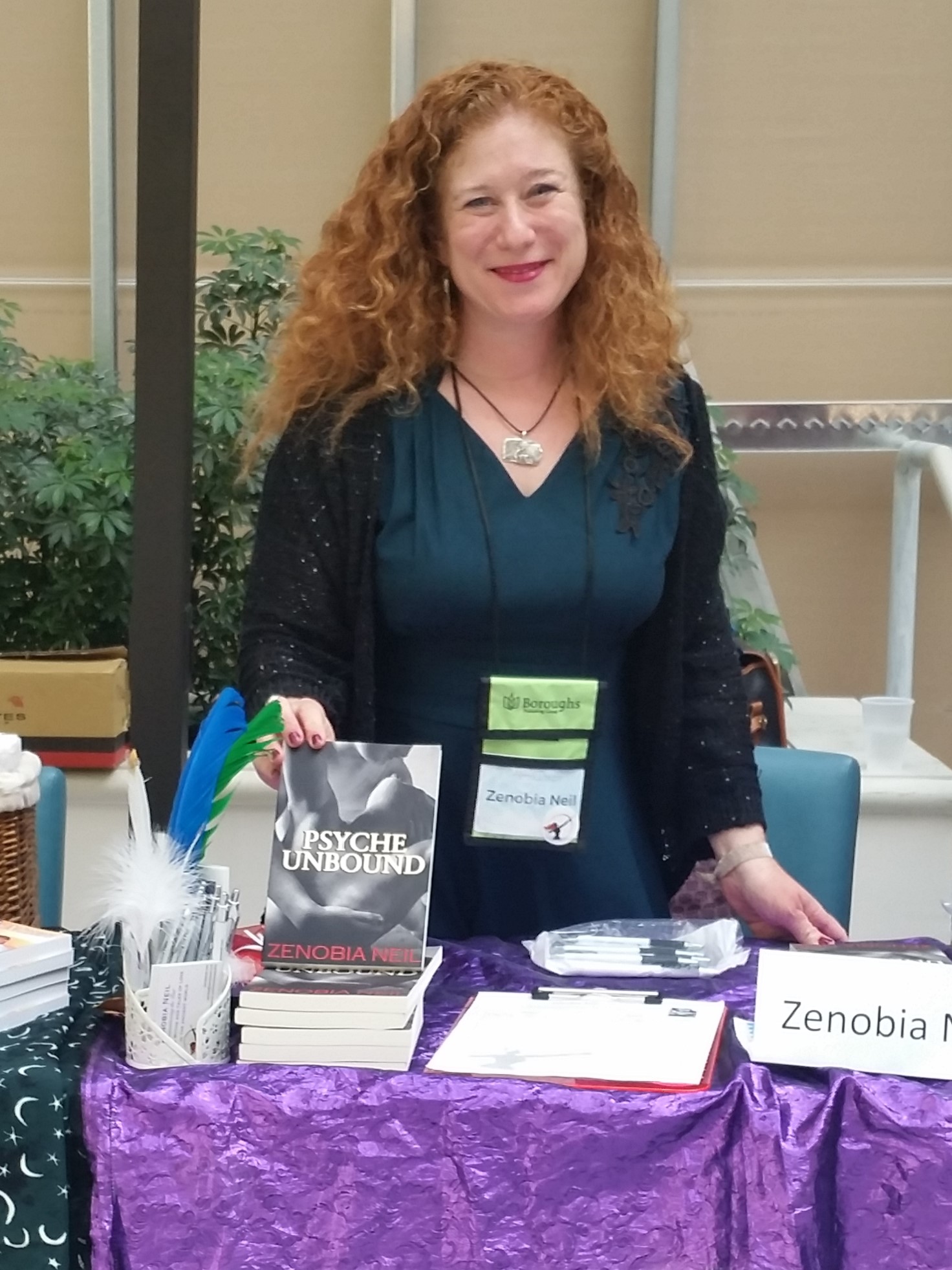 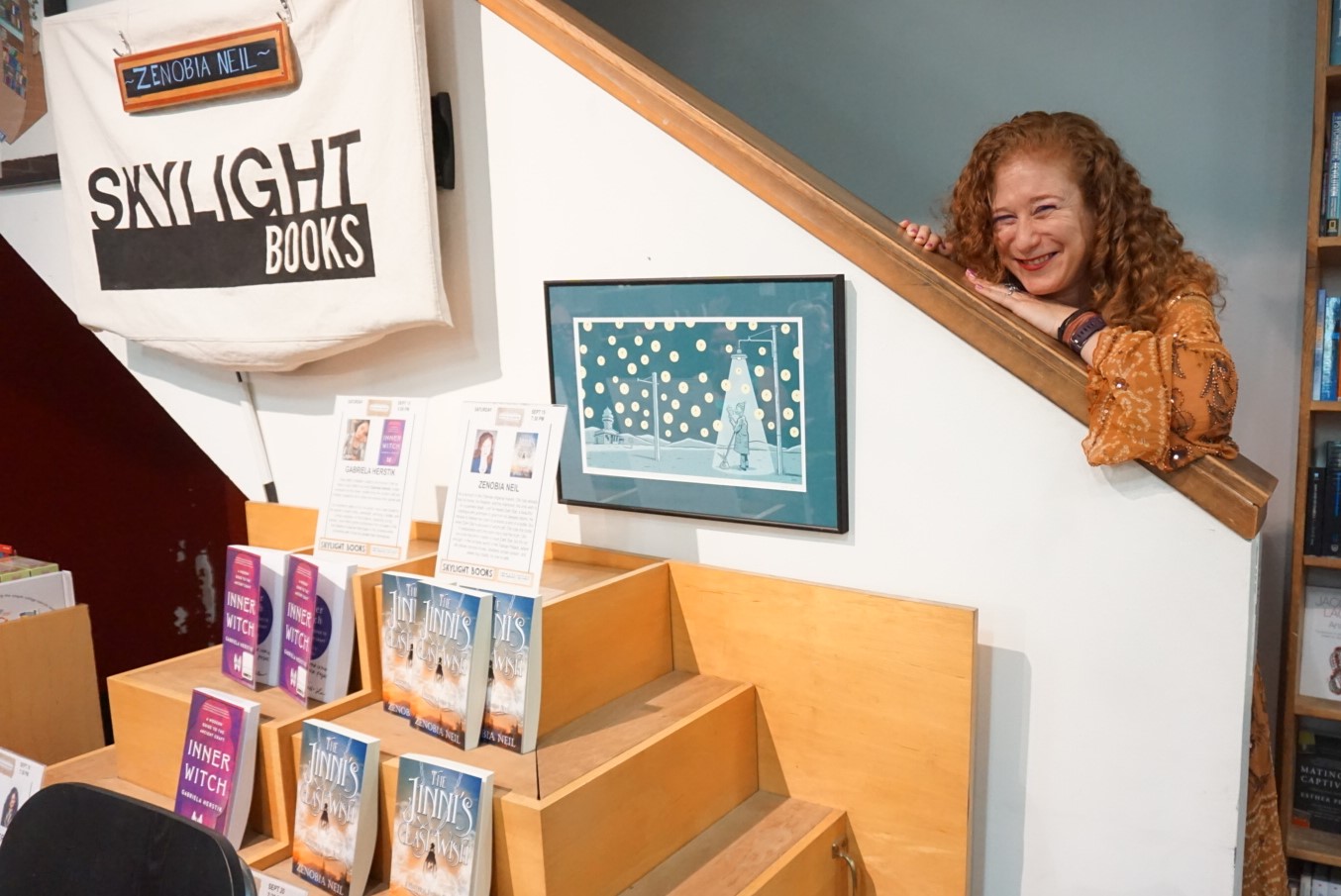