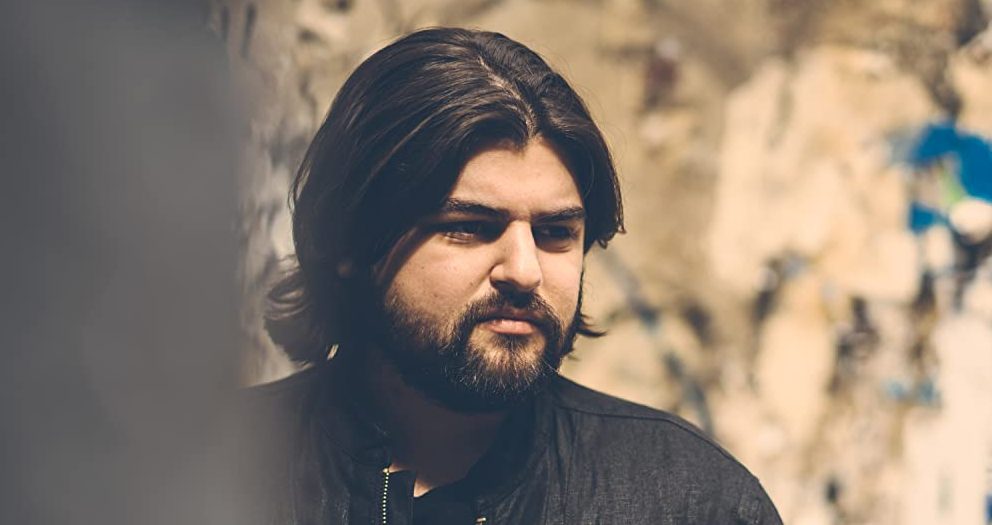 Today we’d like to introduce you to Zak Millman.

Zak, please share your story with us. How did you get to where you are today?
When people ask me what kind of music I listen to, it can be hard to know where to begin. Some days I’ll listen to nothing but Metallica, others it’s the musicals of Stephen Sondheim or the soundtracks to 90s Disney movies. I grew up listening to the Beach Boys with my dad. I loved playing music – growing up, I played saxophone in school band, with piano and guitar following shortly after. When I was in high school, I started to compose music, and I quickly realized I was happier composing than I ever had been performing. I studied composition at NYU, where I had the opportunity to write all kinds of music – concert music for ensembles small and large, songs, but what I loved most was composing for film. After graduating in 2013, I did what nearly everyone who aspires to work in film does – packed my bags and headed west.

I attended graduate school at USC’s film scoring program, which was truly transformative. I was able to study with some truly incredible composers, including Bruce Broughton and Garry Schyman. I had known Bruce’s music since literally before I could speak – I grew up in a Disney loving family – my first visit to Disney World was when I was six months old – and Bruce wrote some of the most memorable music that plays throughout the parks. Being able to study with him was literally a dream come true. Garry Schyman, composer of many video games including the Bioshock series, taught a video game scoring class, and through that class I had the opportunity to compose music for my first video game. This would set me on the path that led me to where I am today.

It’s a common adage that luck equals preparation meets opportunity, and I fully subscribe to that. After graduating USC, I landed an internship in the Playstation music department, working closely with score producers and music editors. I was eager to prove myself, and before long I was helping to edit the music on the video game The Order: 1886. I’m incredibly fortunate to have had that opportunity, and I made sure to take advantage of it. My internship ended at the end of 2014, and the next year and a half was a bumpy road of freelancing and trying to figure out exactly where I wanted my career to go. Late in the summer of 2016, Playstation asked if I was available for six weeks of work on one project; I ended up staying for nearly two years and three projects.

One of these, which is the work that I remain best known for, is the 2018 game God of War, developed by Santa Monica Studios and published by Sony Interactive Entertainment. Composer Bear McCreary wrote a beautiful, powerful score, and I was part of the team that edited and implemented it into the game, crafting an adaptive, immersive and interactive experience. The game and the music won many industry awards, and I, along with the rest of sound and music teams, won a Motion Pictures Sound Editors Golden Reel Award.

In early 2019, I joined the team at JTN Music, a music editorial company led by Emmy winning music editor Jason Newman. At JTN, I’ve had the opportunity to work on some incredible shows, including Euphoria (HBO), Reprisal (Hulu) and Extraction (Netflix). Working with Jason and the team at JTN has been a wonderful experience, and I’m constantly inspired by the work of my colleagues and the projects we get to work on.

Throughout my time working as a music editor on large scale projects, I’ve continued to compose music, mostly for smaller, independent projects. When composing for media, I don’t look at it as writing “my” music, but rather the show’s music. It’s truly a collaborative art, and part of what makes these special is the smaller scale of the workflow: often collaborating with just a director to tell their story. The greatest compliment I’ve ever received as a composer was a director telling me that a theme made her cry. It meant I had captured the way she saw her film; it meant I had done my job.

Has it been a smooth road?
I’ve been very fortunate so far; I’ve been given some incredible opportunities to work on some very special projects. Within a year of graduate school, I had a credit on a AAA video game and a major studio film release. But by nature of the entertainment industry, it wouldn’t always be a smooth, upward climb. Despite two major releases within a year of graduating, it would be nearly a year and a half before I was steadily working again. Even after a successful project, it can be scary wondering where your next gig is going to come from. I’ve reached a point where I’m comfortable knowing the next gig will come, but it’s been more of a zigzag than a straight line to get there.

Can you give our readers some background on your music?
As both a composer and music editor, I’ve been fortunate to be able to work on all kinds of projects, from large scale AAA video games and television shows to independent short films. As a music editor, the work I’m most proud of is from my time with the Sony music team, the 2018 video game God of War. Bear McCreary wrote a beautiful score for the game and I was part of the team that worked with his music and crafted it into an adaptive, interactive experience throughout the game. We were rewarded for our efforts: the music was nominated for and won many awards, including the Motion Picture Sound Editors Golden Reel Award, winning for Sound Editing in Computer Interactive Game Play.

Music editing involves a large skill set that can vary greatly from project to project and between mediums. In games, this has primarily meant interactive music design. In film and television, every time you watch it remains the same, but in a game every playthrough is different, so we need to program that music to interact and adapt to whatever the player might be doing. In God of War, there’s a climactic battle towards the end of the game with three different types of enemies. Depending on which order a player defeats these enemies, there are nearly a dozen different musical endings that might play to ensure the intensity and timing of the music matches the action on screen.

Though the challenges and approach to different mediums vary wildly, ultimately, whether on a game, film, or television project, the goal remains the same: support the story, characters and emotion through music. And no matter the medium, one thing rings true: nobody told me the amount of time I’d have to spend making spreadsheets while I was in music school!

In my composing, I write all kinds of music, but my favorite projects to work on are genre (meaning sci-fi, horror, and fantasy). These often give me the opportunity to write music that can be dark, mysterious and creepy, but also beautiful and playful. Two recent scores I’m particularly proud of are the short films The Tinwife and Sylphvania Grove. The Tinwife is a Twilight Zone-esque retro-futuristic sci-fi film where I had the opportunity to write dark, emotional and lonesome music. Sylphvania Grove, from one of my favorite directors to collaborate with, Rebekah Fieschi, is a family-friendly fantasy about a young girl who follows a wisp into the woods. The film called for a melodic and wistful main theme that initially took the form of a lullaby, and weaves through the score in sometimes beautiful, sometimes horrific ways. Both scores are available on Spotify and Apple Music.

But a huge part of what makes LA special, pandemic or no pandemic, are the people. Since the day I arrived, I’ve been surrounded by brilliant, talented and creative musicians, artists, filmmakers and game developers. I’ve traveled to film festivals across the country, and without fail, I’ve met filmmakers who live and work out of LA, and to be able to come with a new set of people to collaborate with is always a wonderful experience.

Dislikes? My friends are tired of hearing me say it, but any other NYC transplant can relate: I can’t find a good bagel anywhere. 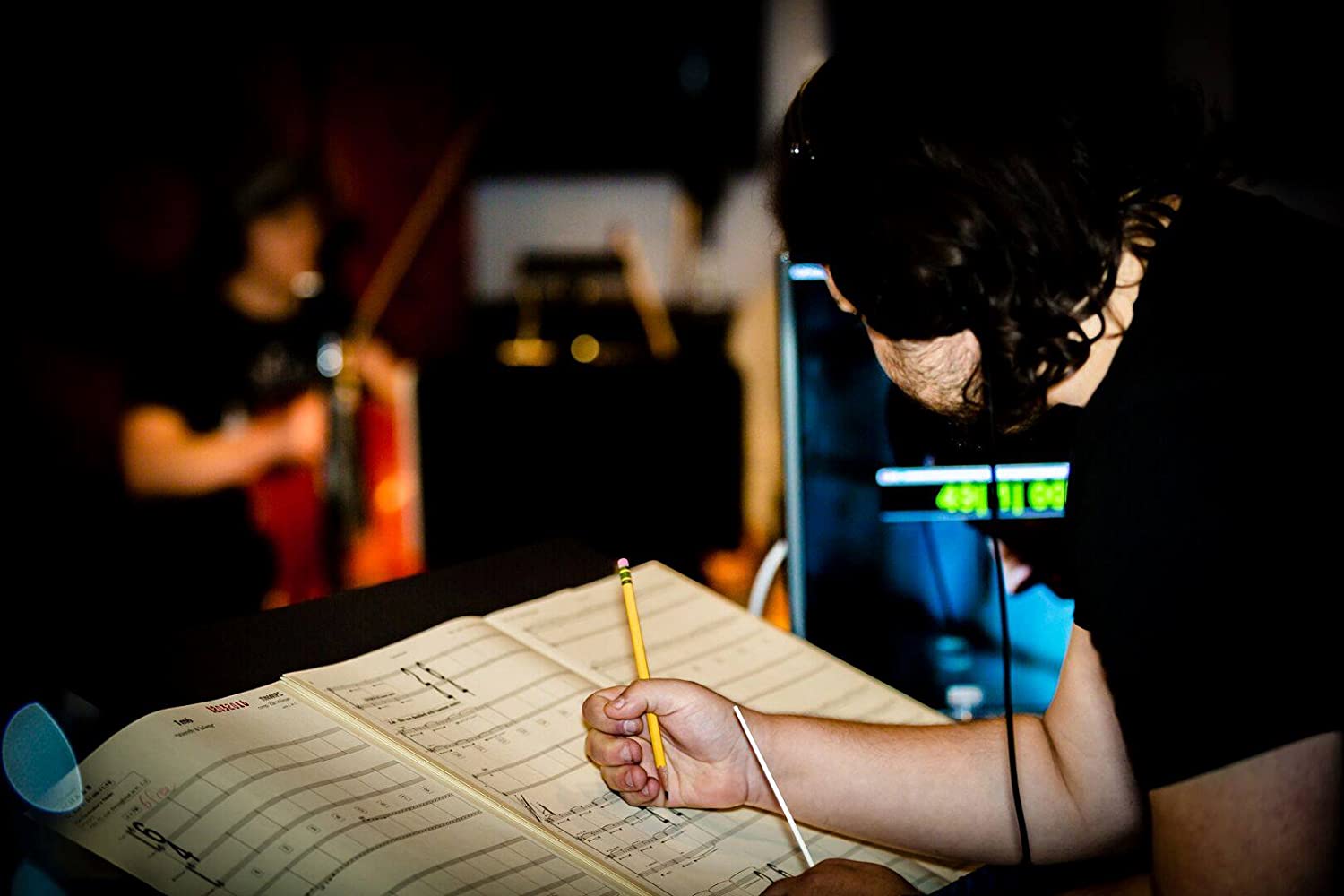 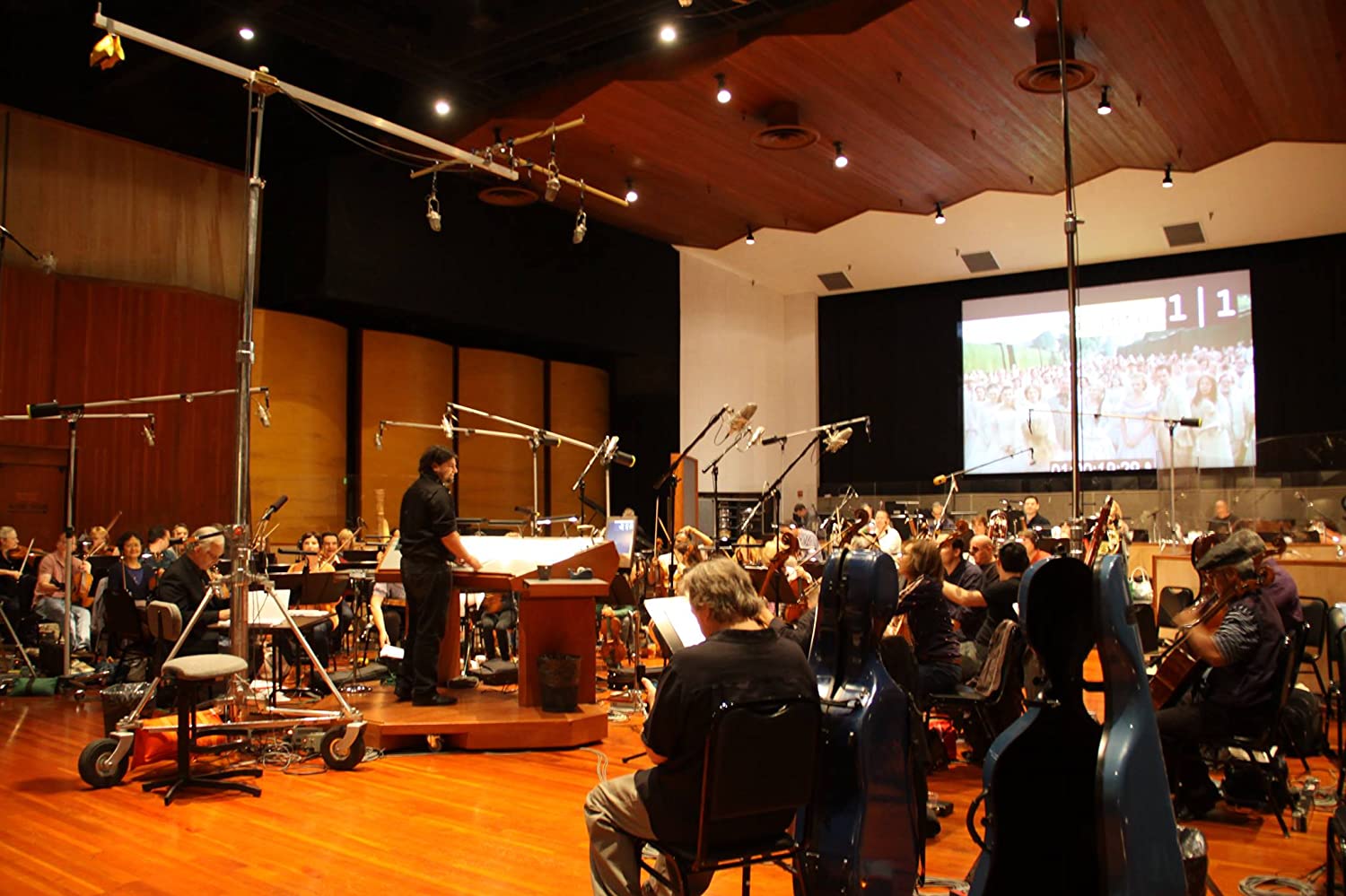 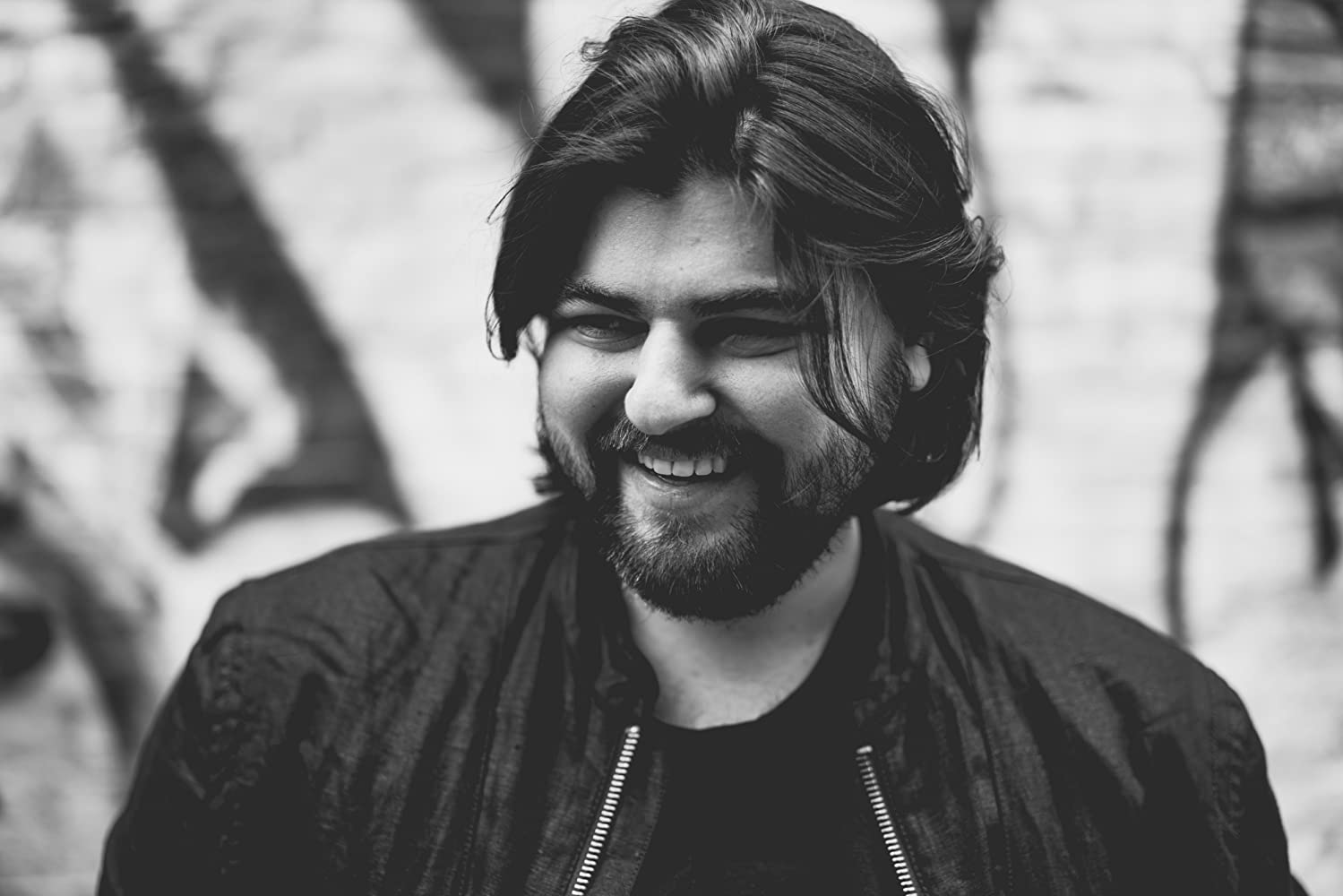 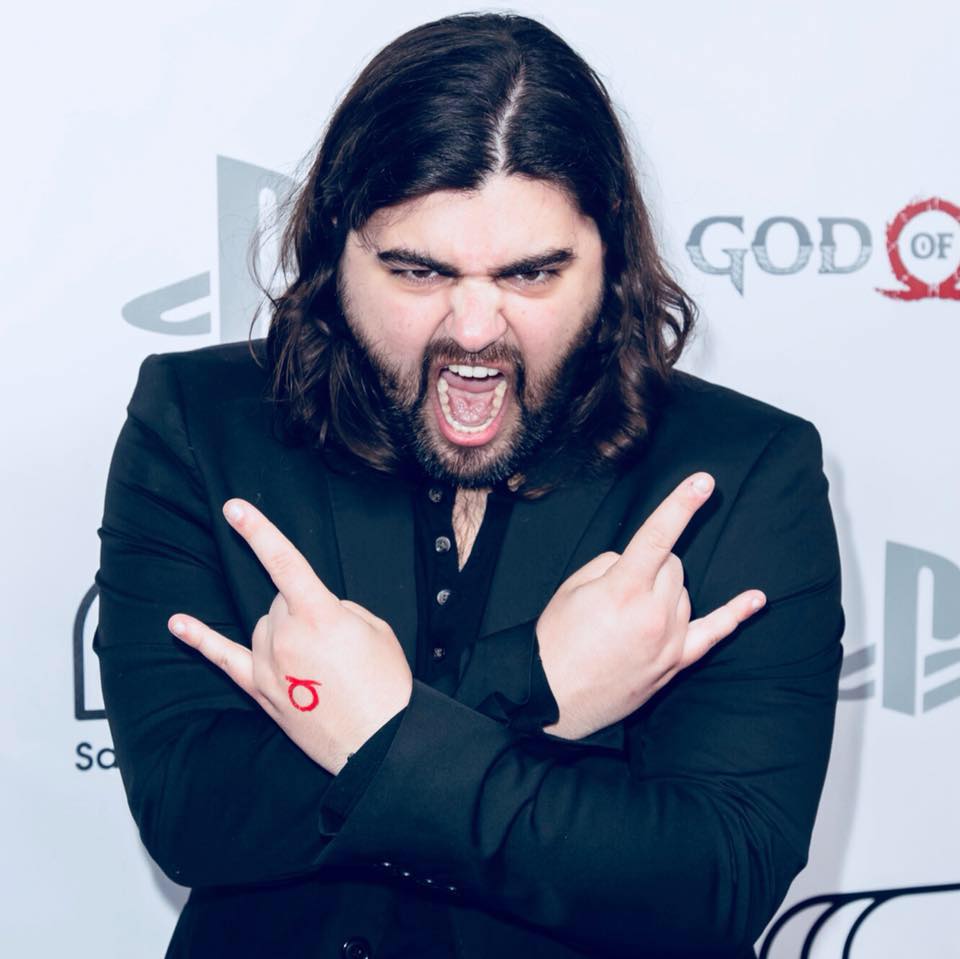 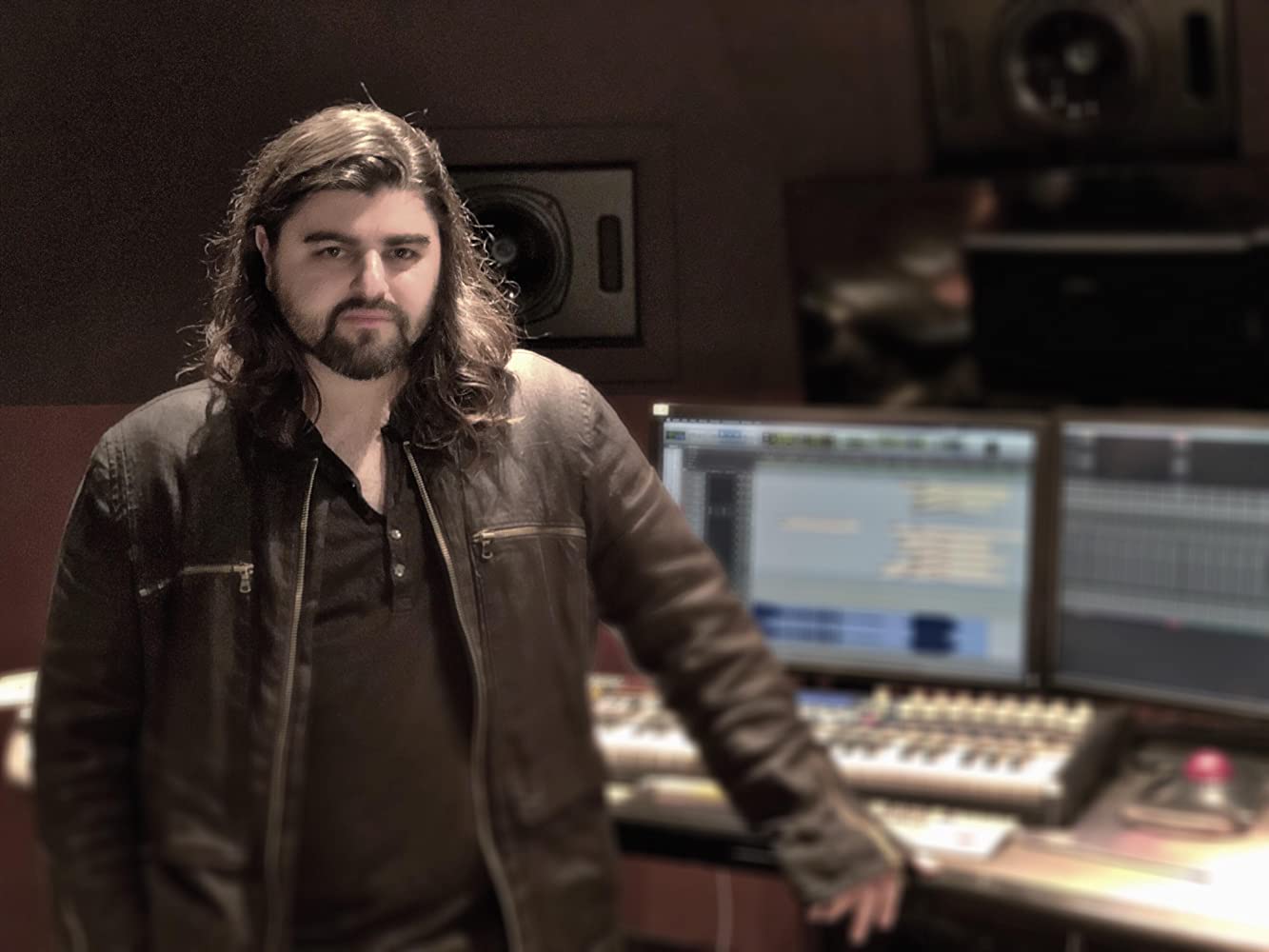