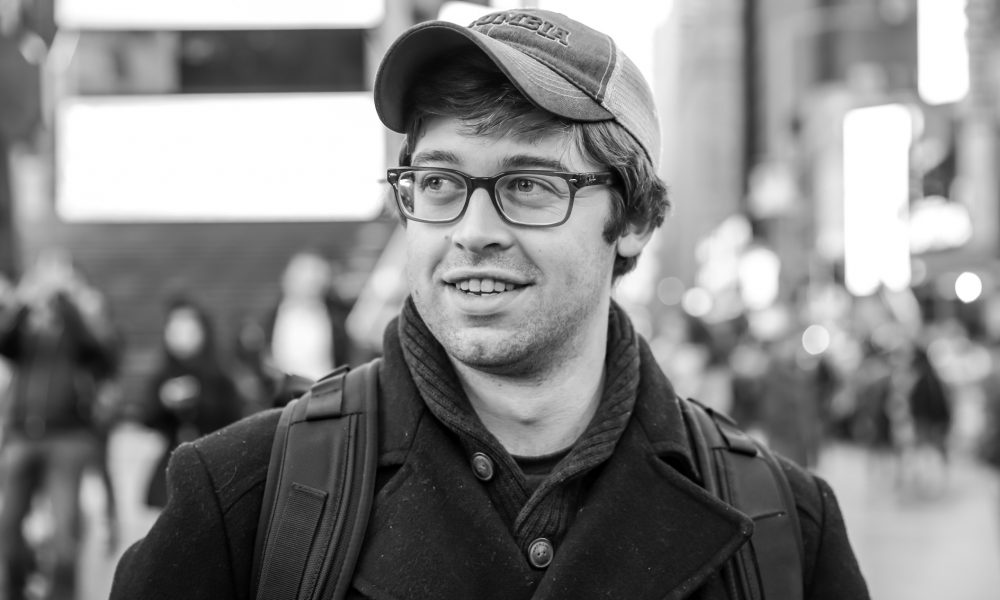 Today we’d like to introduce you to Zack Morrison.

Zack, please share your story with us. How did you get to where you are today?
I started making movies when I was eight years old. I was really into LEGOs at the time, like every young kid was, and for Christmas every year we would all do a large LEGO set. One year it was a Steven Spielberg set—you were building a movie set for a dinosaur movie, and it came with all the little crew people and a Spielberg director figure. But the coolest part was that it actually came with a small USB webcam (we were just at Y2K with computer technology), and you could shoot a little movie. And there was also very basic editing software as well. It blew my mind. So I played with the LEGOs for a day and then became obsessed with using the camera and making videos with it.

From that point on, I knew it was what I wanted to do with the rest of my life. During middle school and high school in New Jersey, I made a bunch of videos with friends in my parent’s backyard. When sports started becoming a thing–I was just ok. I was a wide receiver on a football team that didn’t throw the ball. But I found myself making all the end of season highlight reels.

Fast forward to today, and I’m out here in LA, freelancing as a writer/director. Comedy is my main focus. In 2018, I graduated from Columbia University with my MFA in television writing, and it was there that I created some of the projects I’m most proud of. My thesis film, a musical comedy about anxiety titled Everything’s Fine: A Panic Attack in D Major, just won a student Emmy for Best Comedy Series at the Television Academy’s 39th College Television Awards. Ironically, comedy is not really a big thing at Columbia (or graduate film school in general from what I understand), so I feel I was a bit of an outlier among my classmates.

I miss New York. I lived there for five years and I’m hoping to go back one day. You know, after I conquer the world out here. While I was doing grad school, I worked at NBC–first as a writer’s PA on Late Night with Seth Meyers, and then I moved over to The Tonight Show Starring Jimmy Fallon, also as a writer’s PA and briefly as the writer’s assistant; and then I worked at Saturday Night Live in the script department.

Needless to say, that was quite an amazing time. Like so many other comedic filmmakers my age, SNL was a massive influence on me as a kid; so getting to work in 30 Rockefeller Plaza was a dream come true. Even if at times it was fetching lunch and coffee for the writers, I got to run through the halls of the 8th floor while doing it. I’m a bit of a history nerd.

I went to college at Rutgers University, to my parent’s liking. It was five minutes down the road from where I grew up. But, they didn’t have a film major, and I was nervous (as any eighteen years old would be) that I was already ruining my entire life. I couldn’t have been more wrong. College was an amazing time and that’s where I started focusing on narrative storytelling and comedy.

The comedy scene at Rutgers was very strong, and a lot of my friends at school–many of them actors and improv comedians–spent nights and weekends making sketches and shorts. As the film community there began to grow, the arts school kept adding film classes, and I kept taking them; eventually making an individualized major for myself. By the time I graduated, the school launched a full BFA.

Overall, has it been relatively smooth? If not, what were some of the struggles along the way?
I started struggling with mental health issues and bouts of anxiety attacks in high school. Although at the time, I had no idea what they were. There was a volleyball tournament in South Jersey we were playing in, and we were losing badly. I was pissed, and having a bad game. Unlike football and other sports, you can’t channel anger into skill in volleyball. You have to be happy, level headed, and stress-free all the time (it’s a great metaphor for being a director on set during a long day).

Anyway–I started having a panic attack in the middle of the game and, thinking it was a heart attack, I took myself out. Afterward, a bonehead doctor told me that I had a heart condition. He was wrong. Throughout college and my adult years, as life stressors have increased, along with not understanding what I was experiencing, things got worse. I knew the term “depression,” but it never occurred to me what it would actually feel like. I just assumed everyone was constantly at odds with the voice in their head. By the time I got to grad school, attacks became very physical. I would be sitting in class, no problems, and then my brain would flip a switch and it was like I was running a marathon.

I felt like I was about to explode for no reason. There was one day at Columbia where I kept walking out of Ramin Bahrani’s directing class because I felt like I needed to be outside in case I keeled over for some reason–it was awkward. Afterwards, I saw him in the hall to apologize, and he told me he understood. It was exactly what I needed to hear. I still worry a lot today, and there are days when anxiety still gets the better of me–usually now when I’m trying to sit down and write, this article included. Thankfully, I started getting help, and I now have a better understanding of what it all is. Knowledge of one’s self makes all the difference.

We’d love to hear more about your work.
Everything’s Fine is 100% a product of my anxiety. After that day in class, Ramin (and my therapist) encouraged me to lean into my anxiety instead of trying to fight it; to embrace it in my work. So when I found myself sitting down to make my thesis film, I wanted to tell a story about ways anxiety and depression manifest themselves in our lives: FOMO, over-critical self-judgment, staying inside instead of going out, comparing our failures to our friend’s successes. I think these issues are very topical for our generation, and I don’t think we’re talking about them enough.

There are two ways to make a project like this: you can either be on the nose and treat the issue with high stakes and really beat the audience over the head with it…or you can use comedy to subvert all that. I chose the latter. That’s why I love music so much–it allows you to express feelings that you can’t otherwise with words. And I was fortunate enough to make it with the most talented people I know: Taylor Ortega, the producer; Adam Volerich, the DP, whom I’ve worked with for years now; Dave Seamon, who wrote the music with me; Tyler Wallach, the production designer; Chris Pasi, the 1st AD and a creative collaborator of mine…the list goes on.

And the cast! Carly Blane was a gift to us, and she absolutely does an amazing job in this. I can’t wait to work with her again. And having Derek Klena, Chelsea Watts, Elise Vannerson, Alyson Reim and Tait Ruppert on board helped make this a really special project.

I make an effort to try and work with the same people as much as possible. Everyone says filmmaking is a collaborative effort, and yet most of those people still do things like use the credit “A Film By [Director’s Name].” I never understood that. This project was as much theirs as it was mine. And that’s the big advice I would give to anyone reading this: make sure you surround yourself with good people. And give those good people the right to tell you when you’re wrong.

We Have A Show is another project of mine, something that I’ve been doing on and off now for the better part of five years. It’s a YouTube show that’s half late-night talk show, half sketch comedy. And the running bit is that because we have no money and can’t afford celebrity guests, that we need to “crowdsource” the entire show through the internet. So each week we have different comedians, musicians, filmmakers, and artists join us; either in person or via skype, to share their work and talk about their stuff.

And then we play weird games or do desk bits in between. I’m the host, and usually each week there’s some topic or monologue that I’ll do, riffing back and forth with Chris Pasi on camera about something. He’s the unfiltered guy in contrast to my barely-holding-the-show-together host character. And at the end of each month, after several weeks of riffing on a certain theme or topic, we air a big, half-hour variety show on that topic, featuring all the creators that have joined us over the month.

Everyone gets their time slot, and it’s really a collaborative effort. There’s musical guests, standups, blackout sketches. It really is a lot of fun. The next step for us is trying to adapt it into a live show, with an audience and a band. One can dream…

If you had to go back in time and start over, would you have done anything differently?
I honestly don’t think I would start over or do things different. I’m a believer that everything I’ve done has lead up to where I am now, and changing things could have catastrophic consequences on the spacetime continuum. But, something that I do think is important, and it’s taken me a while to realize it, is that sometimes you really have to slow down every now and then. And recognize when you’re forming an unhealthy relationship with your work habits. Sure, it’s easy to say you’re going to work through the night, burning it at both ends, and suffer through your art.

But also, is any of that going to be any good? I find there are finite limits to productivity, and there are diminishing returns the more you push yourself past the point of exhaustion. Obviously, there are days when you don’t have a choice and you have to hit your deadline (working nights at SNL was a real eye-opener for me and I have the upmost respect for that entire writing staff). But in non-life-critical moments, it’s crucial to find a balance. When I was living in New York, I found myself walking the same route to work every day.

There would even be days where I never saw sunshine. Or even looked up. Like, I’m living in the greatest city on the planet with the most famous skyline in the world, and so much of my day is looking down at my phone, counting the cracks in the sidewalk, and staring out of subway windows into the black nothingness. Part of what I’ve been doing since moving out here is forcing myself to see different neighborhoods; to go out of my way to see other parts of town that most people would find inconvenient.

An Uber from Venice to Burbank is only an hour–sure let’s see what’s going on over there tonight. So much of networking, especially in this industry, is about getting outside your literal comfort zone and meeting people and going places. And enjoying the little moments along the way. Like Billy Joel said, “When will you realize Vienna waits for you?” 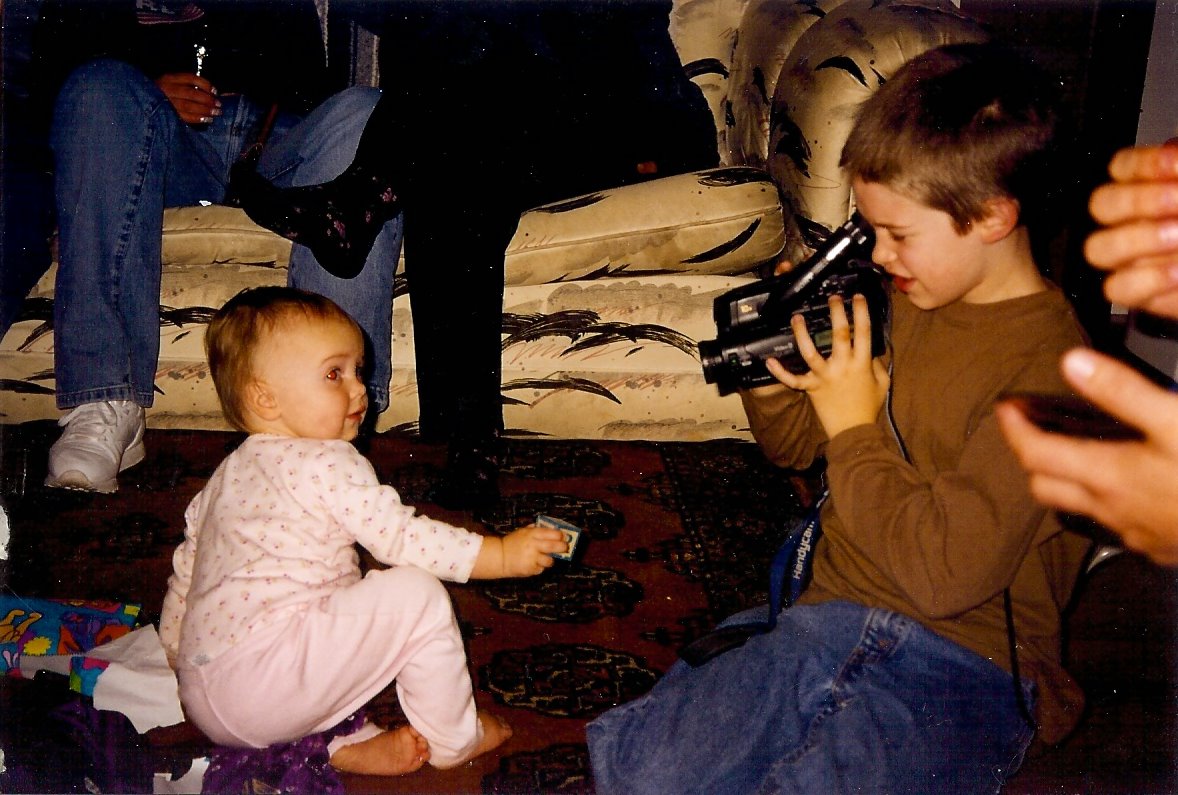 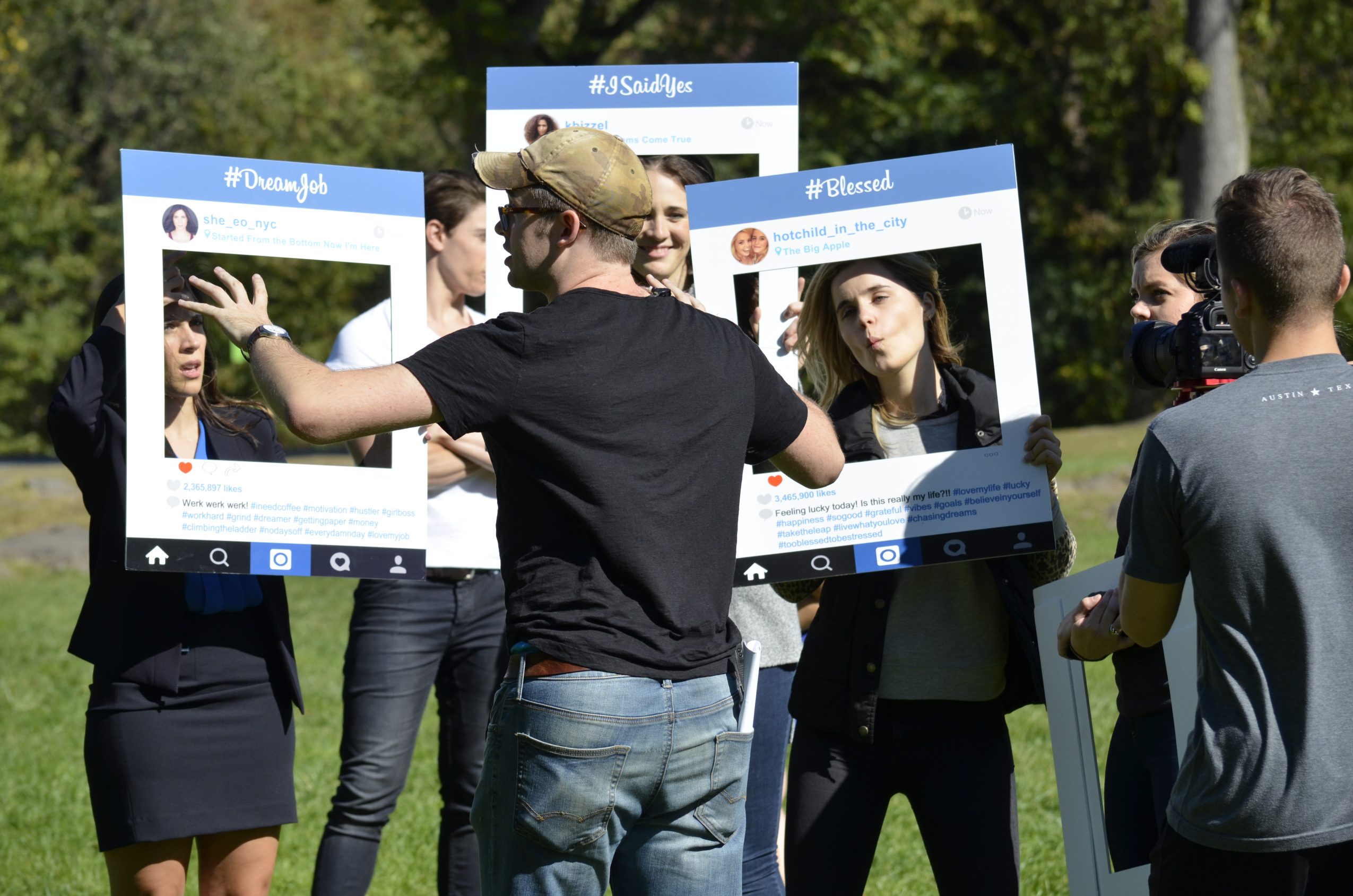 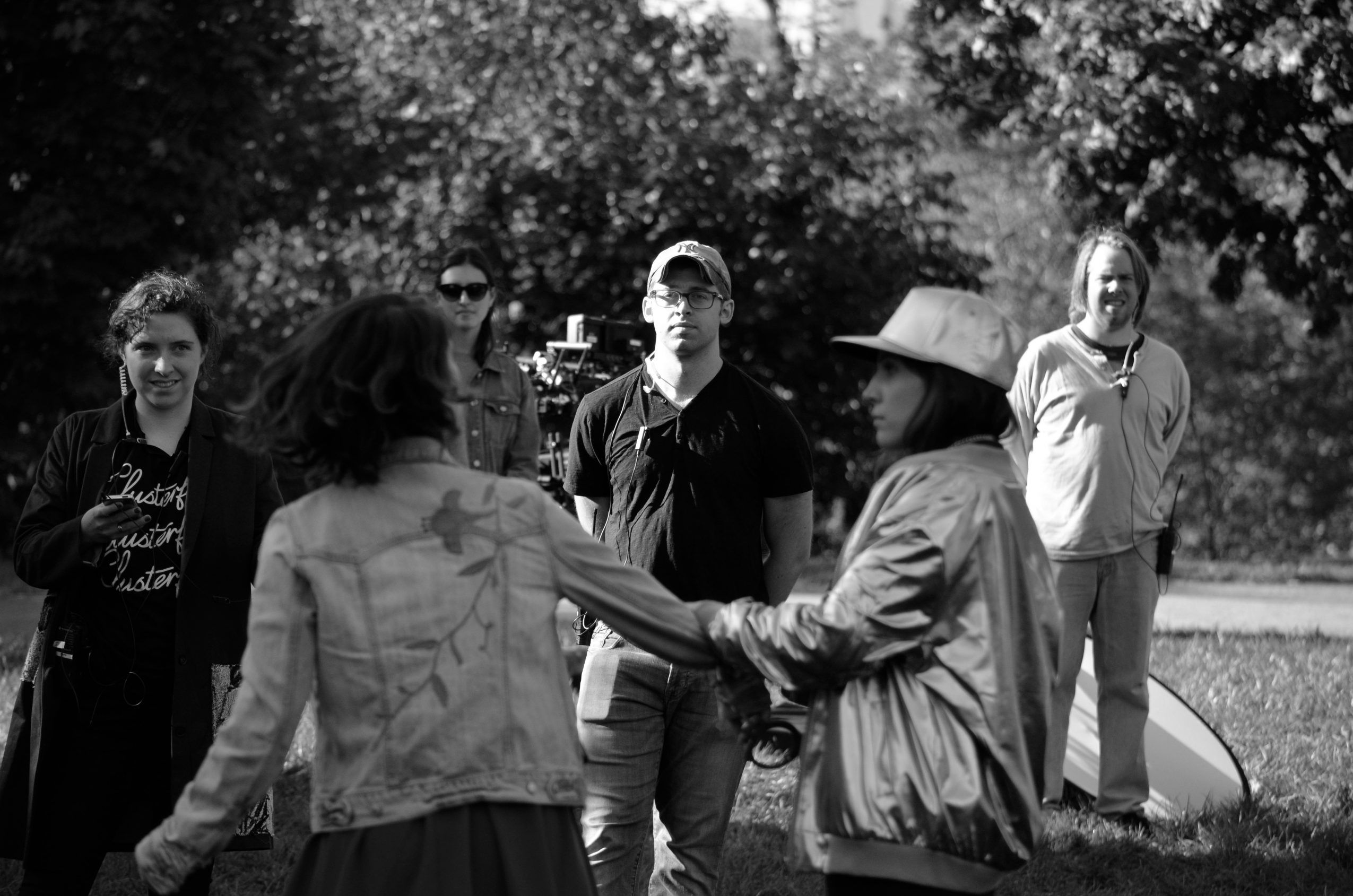 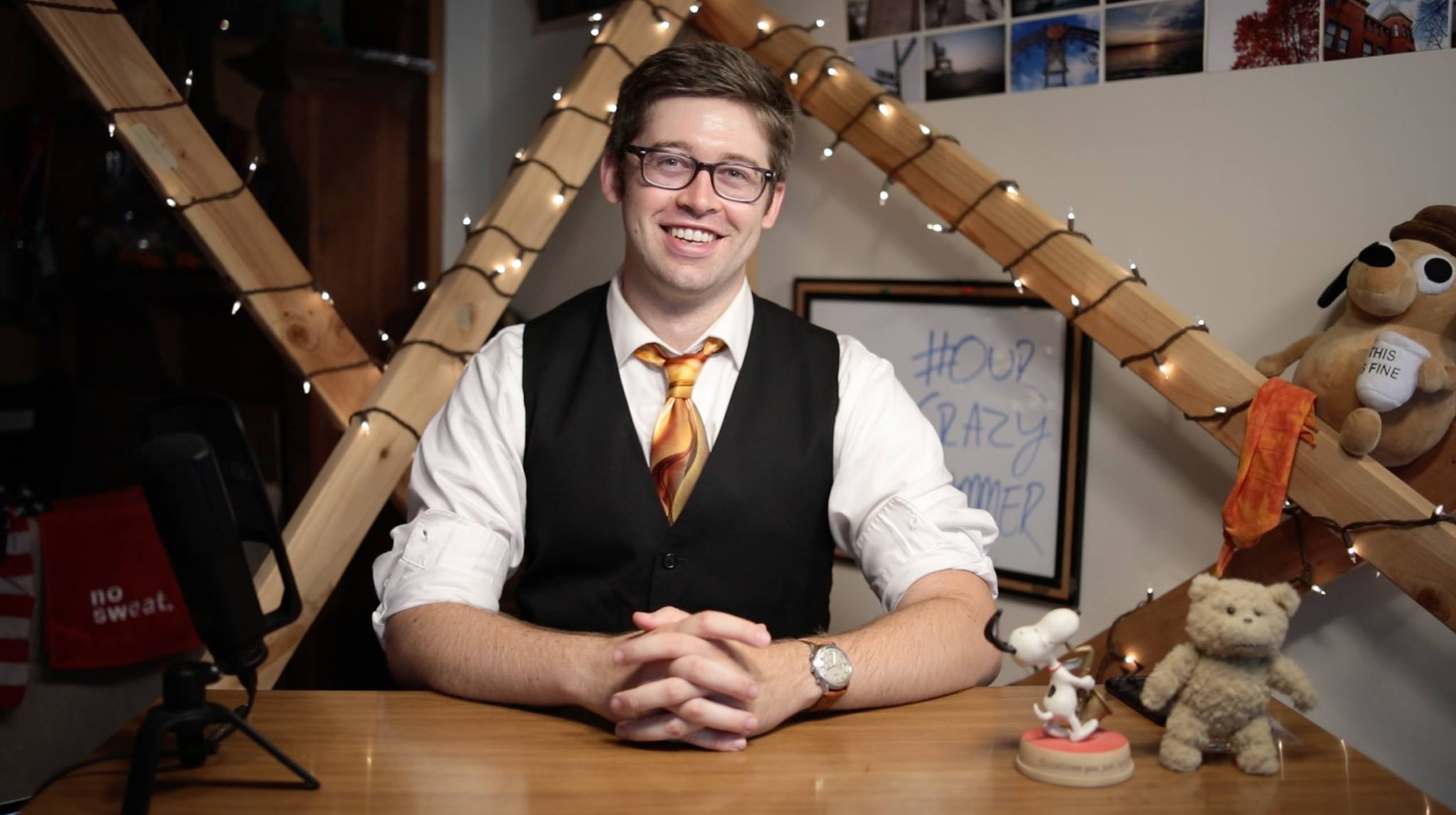 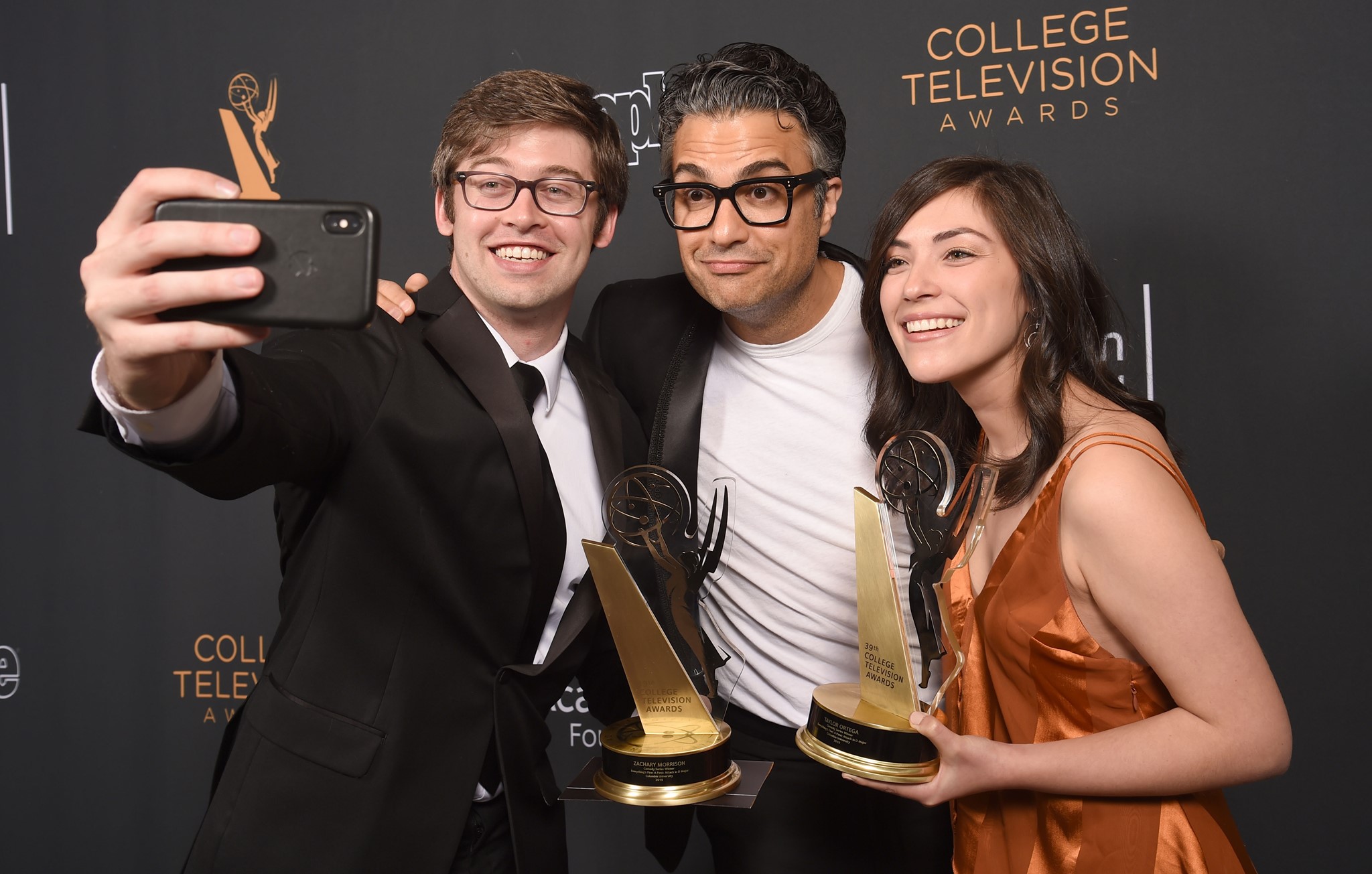