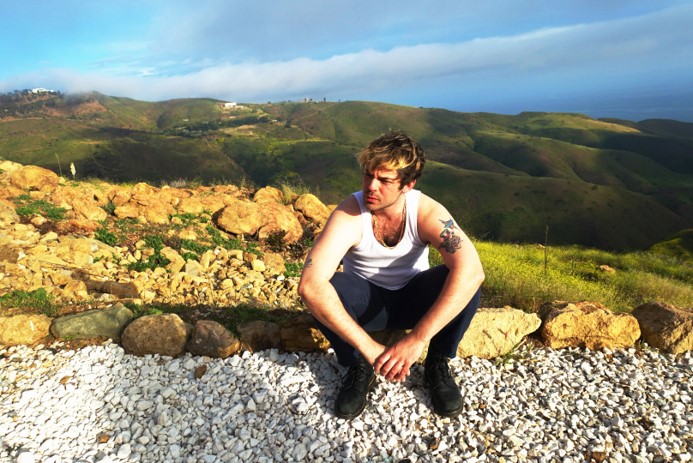 Today we’d like to introduce you to Zachary Webber.

Thanks for sharing your story with us Zachary. So, let’s start at the beginning and we can move on from there.
I grew up in Texas and I was miserable. It’s a tough place to grow up if you’re sensitive, have anxiety, depression, are shy or introverted, etc. I was all of those things. Which is partially due to how I was raised – my parents are by no means social butterflies, and I spent a lot of time alone in my room until I was about 16.

Therefore all my art or extracurriculars could be done mostly alone. I drew, painted, wrote stories, did tae kwon do (couldn’t spar for shit but Lord knows I got gold in form). The closest thing to a team was playing violin in orchestra, but even then I could disappear. I got bored. For no apparent reason, I think because ultimately I am an extrovert, and at the urging of a friend, I auditioned for a play my sophomore year and got in. My parents were mortified because they didn’t want me to suck and embarrass myself (which my dad hilariously revealed to me last year, I think?). Turns out I was really fucking funny and good, and it was exactly what I wanted to do.

A few years later, I applied early decision to NYU and auditioned for their drama program at Tisch, and got in. I applied nowhere else, like an insane person. I’d already done a summer program there, I knew exactly what I wanted, and if I hadn’t gotten in I would have had about a week to apply to other colleges before the deadlines. The recession had hit my family and I have no clue why my parents let me go to this day, but they said we would figure it out together.

So I go, and I’m just deflowered as a performer. I’m at the Experimental Theatre Wing so we’re doing everything avant-garde, all forms of self-expression. Pretty crazy stuff for a kid from Texas, but I was open in mind and heart. My parents raised my right. One year I studied Shakespeare. New York City is a very difficult place to live but simultaneously the most exciting.

I moved to LA after college, after a stint living at home working at bars and restaurants, being reminded of why I hated where I was from. I was in a movie some friends made which we shot in LA, and it forced me out of the rut of being in Arlington. I pushed myself to move.

And be quite honest, I don’t want this to come across as negative, but more as a way to put young minds at ease: living here is really hard. Not having a background or family in entertainment is really hard. Managing your own worth in an industry that is historically very difficult to break into is very, very hard. If I could go back, I would stop judging myself and just keep moving.

So there have been a series of ups and downs, but it’s led to a lot of cool stuff. I’ve been in a bunch of indie movies that went to festivals, I’ve won awards for my audiobook narration, I’m in a sketch comedy group called Sasquatch, we’ve released over 70 sketches on YouTube, we’ve worked with Funny or Die, Comedy Central, Cracked, to name a few. We do shows at The Comedy Central Stage. I’m set to release my podcast in May and a new album with my band, Night Darling. It’s taken a long time to get to this point, where I have the drive and have given myself the proper daily compassion to keep juggling all these different mediums.

Overall, has it been relatively smooth? If not, what were some of the struggles along the way?
The hardest parts were interpersonal. If I had known I was going to lose dear friends just because of business, I would have not attached so many of my needs and ideals and expectations to other people. If I’d known I would definitely not be in the place I expected to be, I would have just relaxed and been excited to be where I was at any given time. Everyone is struggling in some way. I have many friends who are most folks’ idea of extremely successful, and they are not always content or even happy where they are. Your own contentment will come from personal and creative fulfillment. Period. For many years I convinced myself that that was only going to happen if I were paid a lot of money to be on a tv show or in movies. To be honest, I haven’t felt it until recently when I started making music. It’s truly mine, and I’m partnered with people I truly respect and have a similar creative mindset as. One of my bandmates is a newer friend, and the other is someone I’ve known a very long time. It’s a good balance.

With past collaborators, I ignored the signs that they were not looking out for my best interests, let alone interested in my needs at all. Finding people who appreciate your talent who are not interested in capitalizing off of you (and I don’t just mean in terms of money) is so scary. I’ve always been a very trusting person, and in most respects, that is a great thing. It shows honesty. Being taken advantage of is not your fault. Just a message I want to make very clear. I have had a variety of abusers, and the one constant is that I trusted them and they took advantage of that trust. This is a disease in the entertainment industry. What I want everyone reading this to know, no matter who you are, is that you are not what they tell you, you are. You are you. And things will get better.

Nite Time – what should we know? What do you guys do best? What sets you apart from others?
I don’t technically have a company. I am my own company. Between all the projects I work on, the diversity of them all, I won’t have a production company, or a label, yet. I have a support system, really good people I work for, or who work for me, who I trust with my life. Everything I do supports all these ventures, and will soon financially support my friends who work for me.

The first is my audiobook career. I have no manager or agent for this aspect of my career. I do it all myself. I work as much or as little as I want. I’m just now starting to incorporate my talents as an actor and comedian into audiobooks, and that’s what my podcast is about. The books that I narrate are in the romance genre, and they get, shall we say, really saucey sometimes. So I decided to write erotica based on famous film scenes and bring friends in (who have never done an audiobook but are performers of some kind) to come in and read it. We also talk about their sex lives, romance in general, our personal history, and a plug near the end with organizations they work for. It’s called Dirty Talk Show and it’s ridiculous and I think people are going to laugh a lot and maybe even orgasm if they’re lucky. Just kidding. Kind of.

What is “success” or “successful” for you?
It’s morphed so much for me in recent years that I don’t even believe in it anymore. I just want to be where I am and enjoy myself. That’s created on a minute-to-minute basis. Just existing and seeing people and being seen and creating and giving out love freely. It may sound corny and cliché to some but it’s just so true. I am successful as far as I’m concerned. I’m doing work that makes me excited, I get to travel quite often, I have good friends. Whatever else comes is the icing on the cake, whether that’s falling in love or making a successful record or making my own film. The platform for success is just love, giving and receiving it. 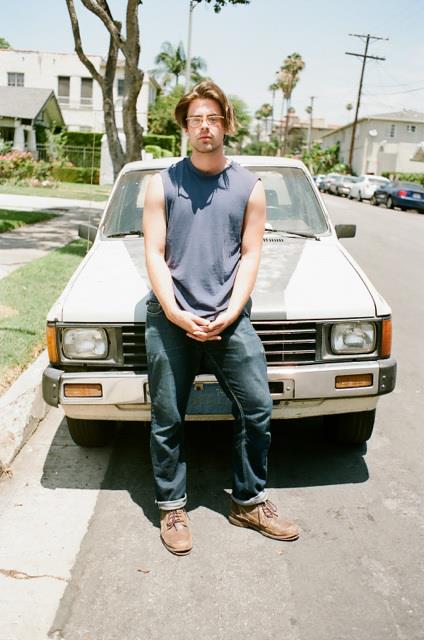 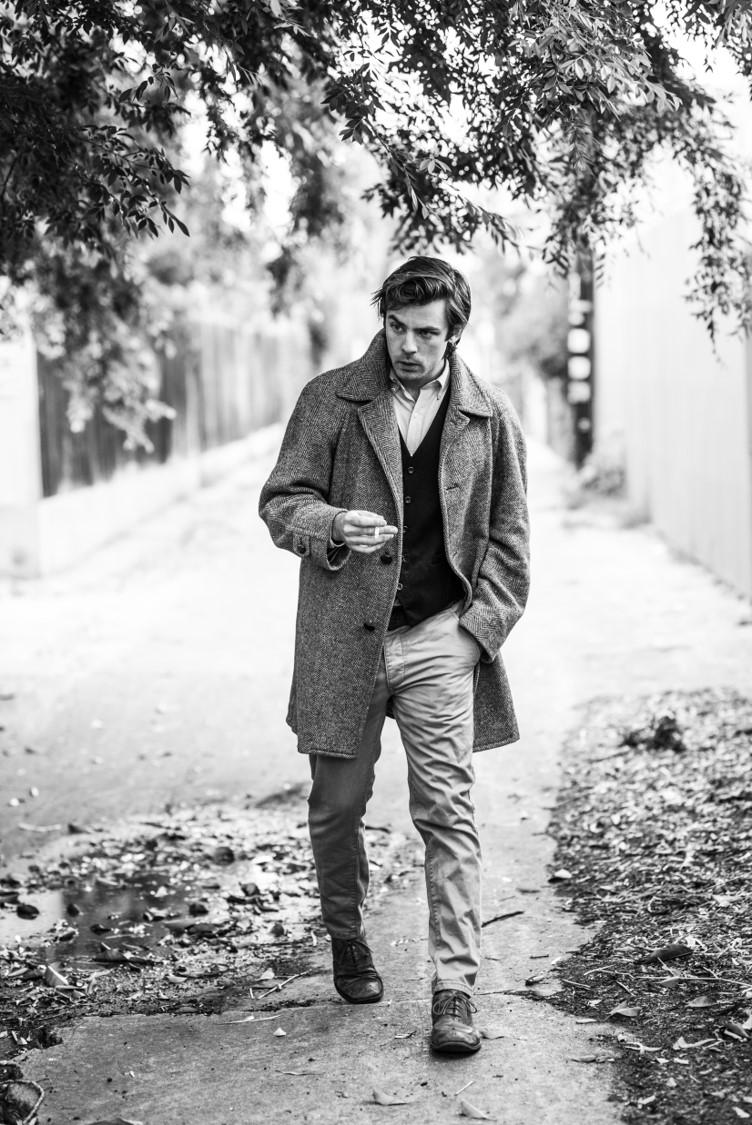 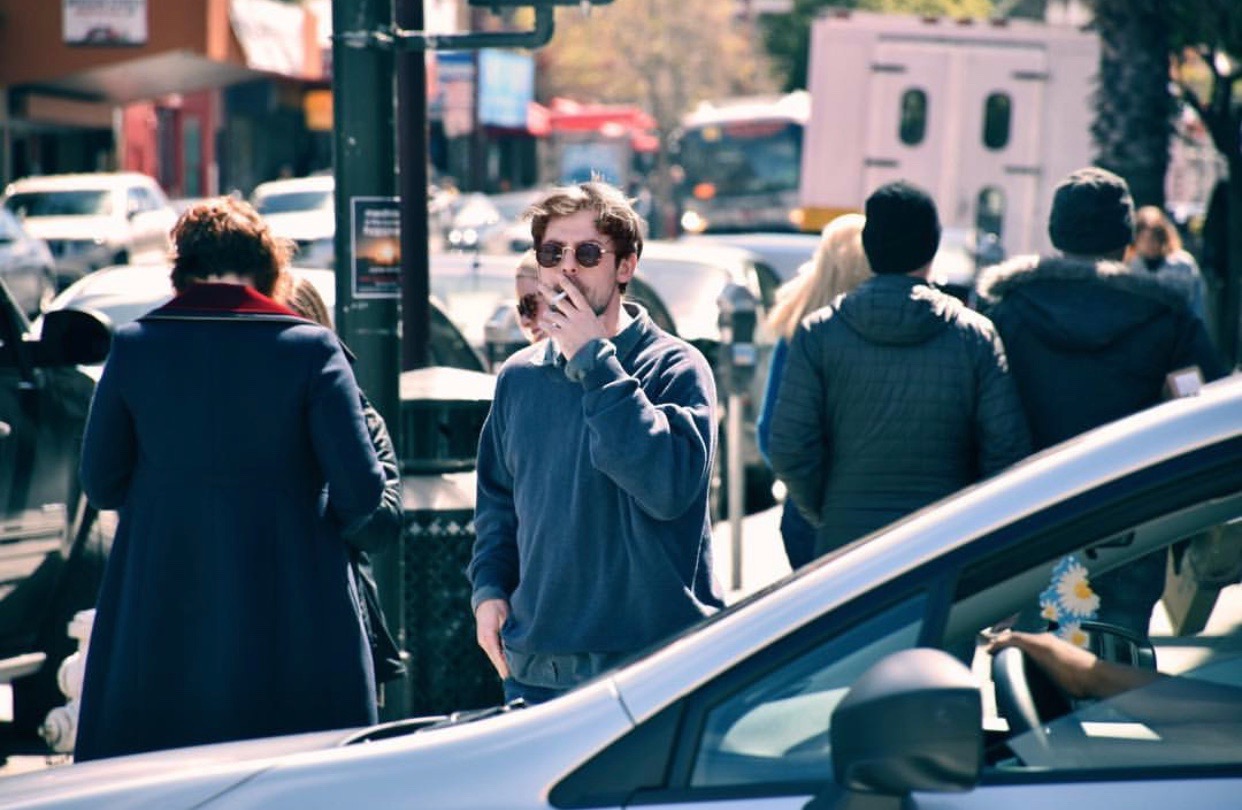