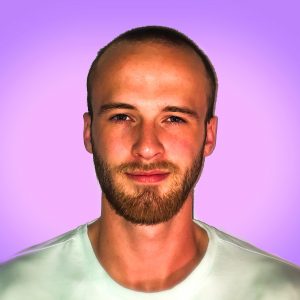 Today we’d like to introduce you to Zac Brandrup.

Hi Zac, we’d love for you to start by introducing yourself.
I grew up as an only child in Eau Claire, Wisconsin listening to Dave Matthews Band. My aunt and uncle would take me to their concerts every year from when I was 12 to 21. I picked up a guitar at ten and took lessons for five years while learning to play all the Dave Matthews songs I could. When I was in high school though, basketball was my thing. I wanted to play in the NBA, but as college approached, I realized that wasn’t going to happen. I played one year of Division 3 basketball and tennis at Marian University in Wisconsin and discovered my passion for music.

I would listen to new music almost every other day with my buddy in his mom’s basement while smoking the devil’s lettuce. His taste in music was different from everyone else I had been around, and this gave me the inspiration to create my own. We were listening to Grows Old by Thirdstory, sitting in my driveway as he dropped me off one night. We had been talking about how we should make music together, and as I said, “Let’s make music bro,” a shooting star shot across the sky. I took that as a sign to lose my mind and commit. He did not, but it didn’t stop me.

My grandma bribed me to finish one more year of normal college to get an Associate’s degree. Then I was finally able to go to a music school – McNally Smith College of Music in Saint Paul, Minnesota. The owners of the school went bankrupt after one semester of attending there. I took this as a sign (see “excuse”) to lose my mind even more and move to LA and nearly-fully commit.

My previous landlord owns a music studio in Burbank and I was able to land an internship there, working with Audio Engineer and Producer Octavia Landix. I’ve been working there since December 2018, recording artists, editing/cutting vocals, and making trips for food. It was an honor to meet Kali Uchis, an upcoming and fairly well-known (I would consider her famous) R&B artist who has been featured on songs with Daniel Caesar and Tyler, the Creator. Her song Telepatía has made its way around TikTok quite a bit.

It’s my dream to be a musician, actor, and comedian and tour the world. It doesn’t matter to me which one takes off the most. I love them all. However, I told my parents in the beginning of my journey that I would pursue a career in audio engineering so they would believe I’d have an at least somewhat stable income. I told them the truth shortly after I settled into LA, and they weren’t too surprised.

My story is more of a personal growth adventure rather than a career growth story. Since I moved to LA, I’ve had ups and downs mentally, as do most people in life, but it was my first time living on my own and the furthest I had been from my family alone – 2,000 miles away. It has been a very humbling experience. I was raised a Catholic, and after I moved to Los Angeles, I began listening to Alan Watts. Hours upon hours of his lectures later, I realized how much sense he was making. I understood the deceptive tenets of Christianity and Catholicism. The faith that had given me the strength to move to LA and pursue my dreams disintegrated. This is where my journey of self-discovery began.

At first, I saw everything in life as a game, and to quit all the games was in itself yet another game. My beliefs were bordering nihilism, and the only thing that sparked my interest was a deep curiosity for what death is like. I found myself sitting on the ledge of a rooftop, looking down at the stars on Hollywood Boulevard. I slowed my breath to feel the power I had over my life at that moment. A security guard walked up to me and I took out my phone to pretend I had been taking pictures. He knew what I was really thinking though. I got down from the ledge as he talked some sense into me and had me escorted out of the facility.

This inspired one of the songs I recently released called Come Down Slowly. It’s a self-reminder to take it easy and that making music will always be an outlet where I can create in whatever way I want. From then on, I have taken it easy. Well, sorta.

I got Covid when I visited my family back in Wisconsin. I kept testing positive for nearly two months. My roommate had previously planned to move back to his home country anyway, so I couldn’t look for a new roommate, and I couldn’t work, so I had to move back to the Midwest. My grandma bribed me to finish yet another semester of normal college at the University of Minnesota since the pandemic slowed down business at the studio anyway. (She spoils me a lot.) I learned more about myself than I did about psychology during this semester.

I came to a more vivid realization that death is inevitable and our body and mind will no longer be associated with whatever is afterlife. So my goal is to do whatever it takes to accomplish my dreams without the fear of embarrassment because that embarrassment will die with my body and mind eventually anyway. That’s where I am today. I know other people have said similar things, but it really is something that people need to come to on their own to fully appreciate and understand this concept. I’m still working on it.

I’ll be moving back to Los Angeles this June to continue working at my internship and creating for future performances whether it be in music, acting, or comedy.

Would you say it’s been a smooth road, and if not what are some of the biggest challenges you’ve faced along the way?
If your road is smooth, it’s been hella bumpy before, don’t lie. I’ve been in both heaven and hell in my mind, each with a little help from Mary J. Discovering what I truly love to do within the music industry was a struggle. I used to think I could write, record, produce, mix, and master all my own songs like Russ, but the technical side became more of a chore. I just wanted to write, record and produce my own music. So when I took on seven of my own clients to produce, mix, and master for, I stretched myself too thin. Literally. With my kind of budget, packed schedule, and lack of willingness to cook, I didn’t eat very much. I had to stop working with all the artists I had met because I had overwhelmed myself, and I didn’t have any time for making my own music. I got back to trusting in the process of making my own music and committing to what I truly love, and that one day I could attract the attention of local venues to play at and begin performing. In the meantime, I had been working at the studio in hopes it can replace my day job as a security guard. I’ll continue doing so when I move back to LA this June.

Appreciate you sharing that. What else should we know about what you do?
I’ve just recently begun taking acting classes; I make videos on TikTok as my form of comedy so far, until I decide to do stand-up; and I specialize in making music. I’m most proud of how far I’ve come in expressing myself on social media. I used to be shy and embarrassed to be myself or act stupid, but it really doesn’t matter what anyone else thinks, as long as I’m not hurting anyone. Ironically, I’m also proud that I have released music that I’m not so proud of. I sat on so many songs for four years without giving any of them a chance to be heard. I had to begin releasing music before I got sucked into the idea that everything has to be perfect before I release it. Even the feedback loop of thinking that everything has to sound good (not even perfect) before I release it is dangerous. It’s okay to be bad. Who cares if my name is ruined for it? I’m not perfect and I’m proud of that.

Alright so before we go can you talk to us a bit about how people can work with you, collaborate with you or support you?
I’ve been wanting to write and produce music with other artists now that I have a more solid understanding of my own style and skillset. I connect with other artists on networking apps like Shapr, Bumble Bizz, FUZZ (formerly Flint), and Fiver. I used to look for opportunities to mix and master for money, but now I just want to create. I want to find artists who I truly resonate with. I don’t want to create just for the sake of meeting people. I want the connections to be deep and true like a friendship. So anyone who wants to work with me would understand my vision for songs that I have released under the name Meloh Cane. They don’t have to like the songs, but our visions should compliment each other. If they think that’s possible, they can DM me on Instagram @meloh_cane or email melohcane@gmail.com. I have a Link Tree (linktr.ee/melohcane) where they can check out my songs, and if they’re feeling extra generous, they can throw some cash my way under the “Support the Chune” tab. 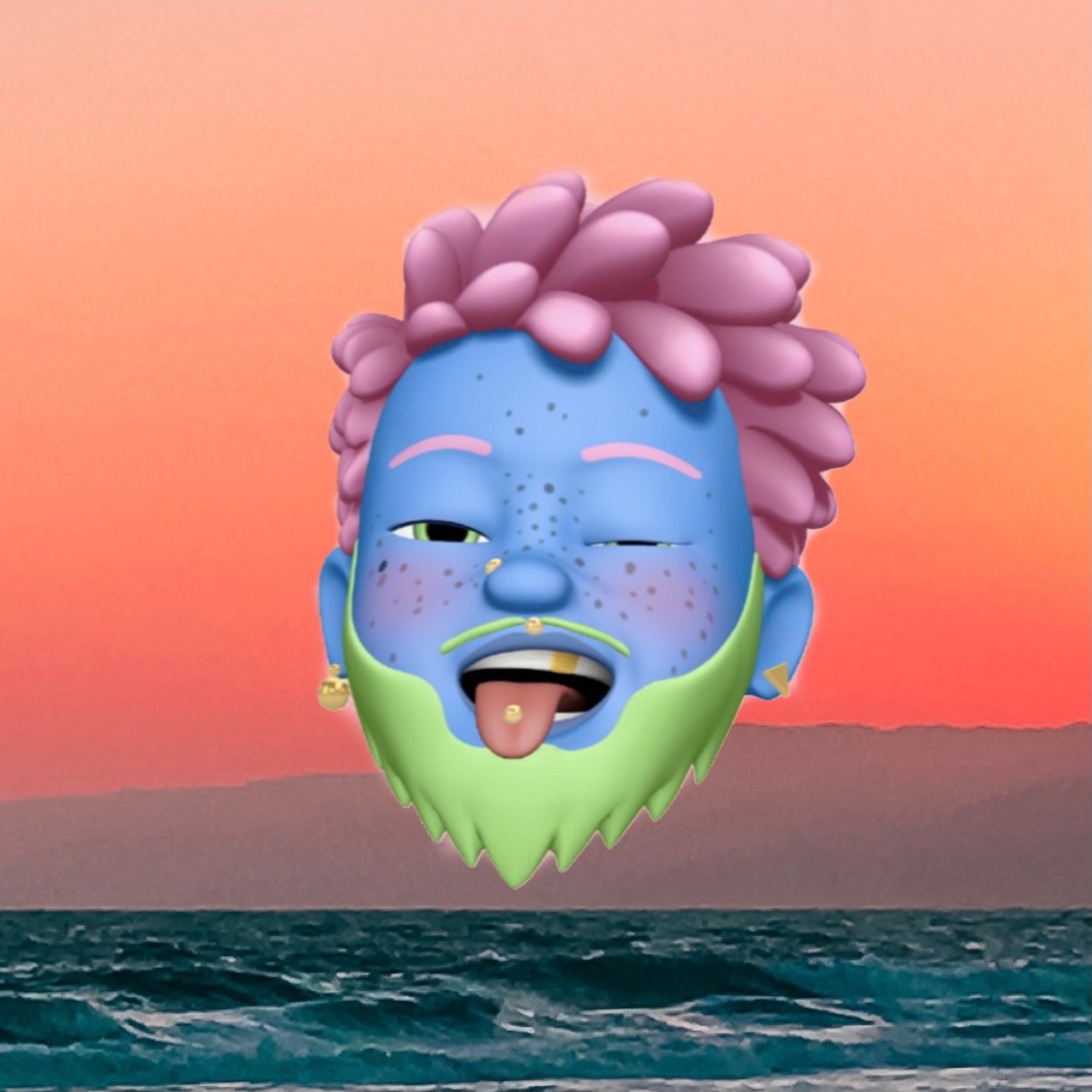 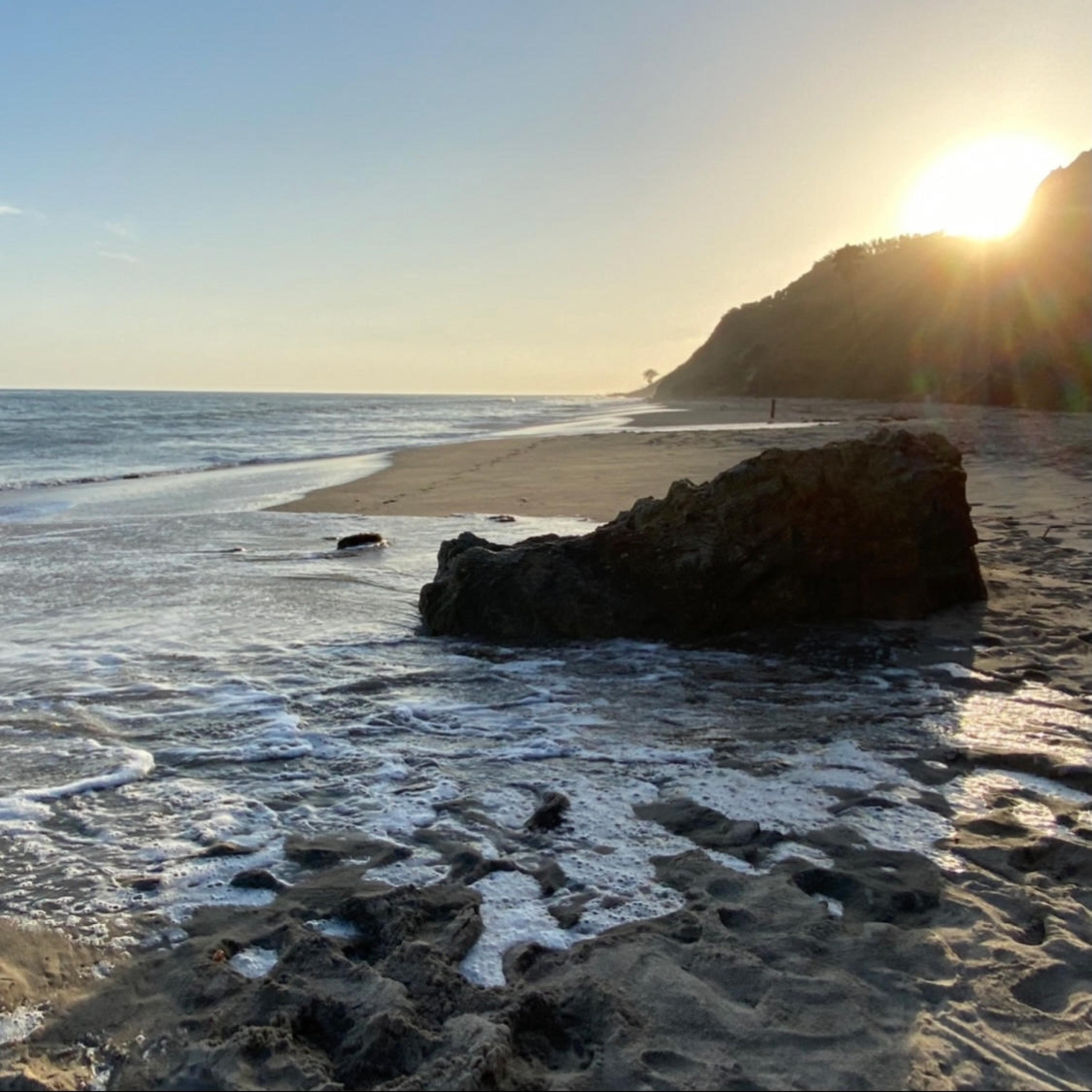 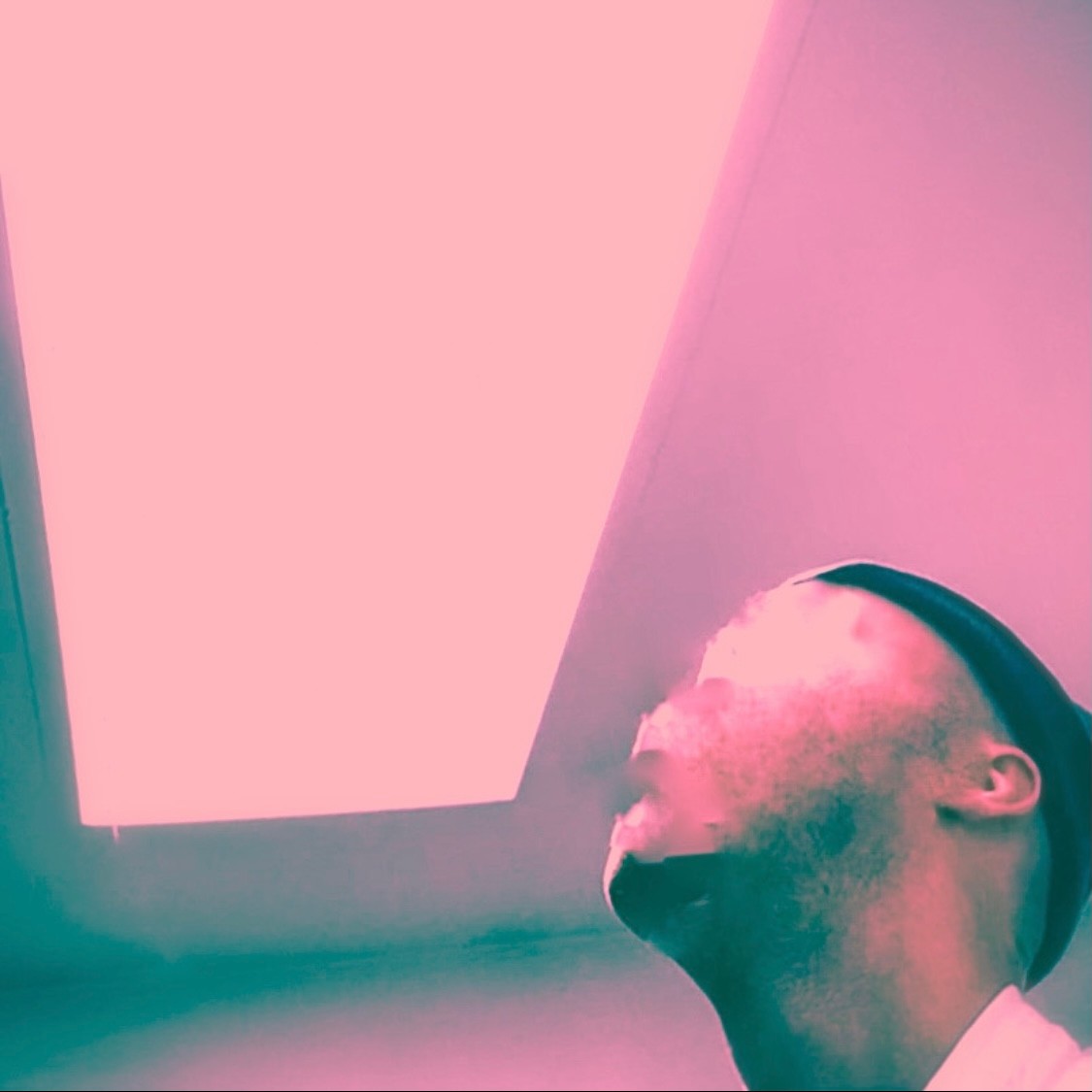 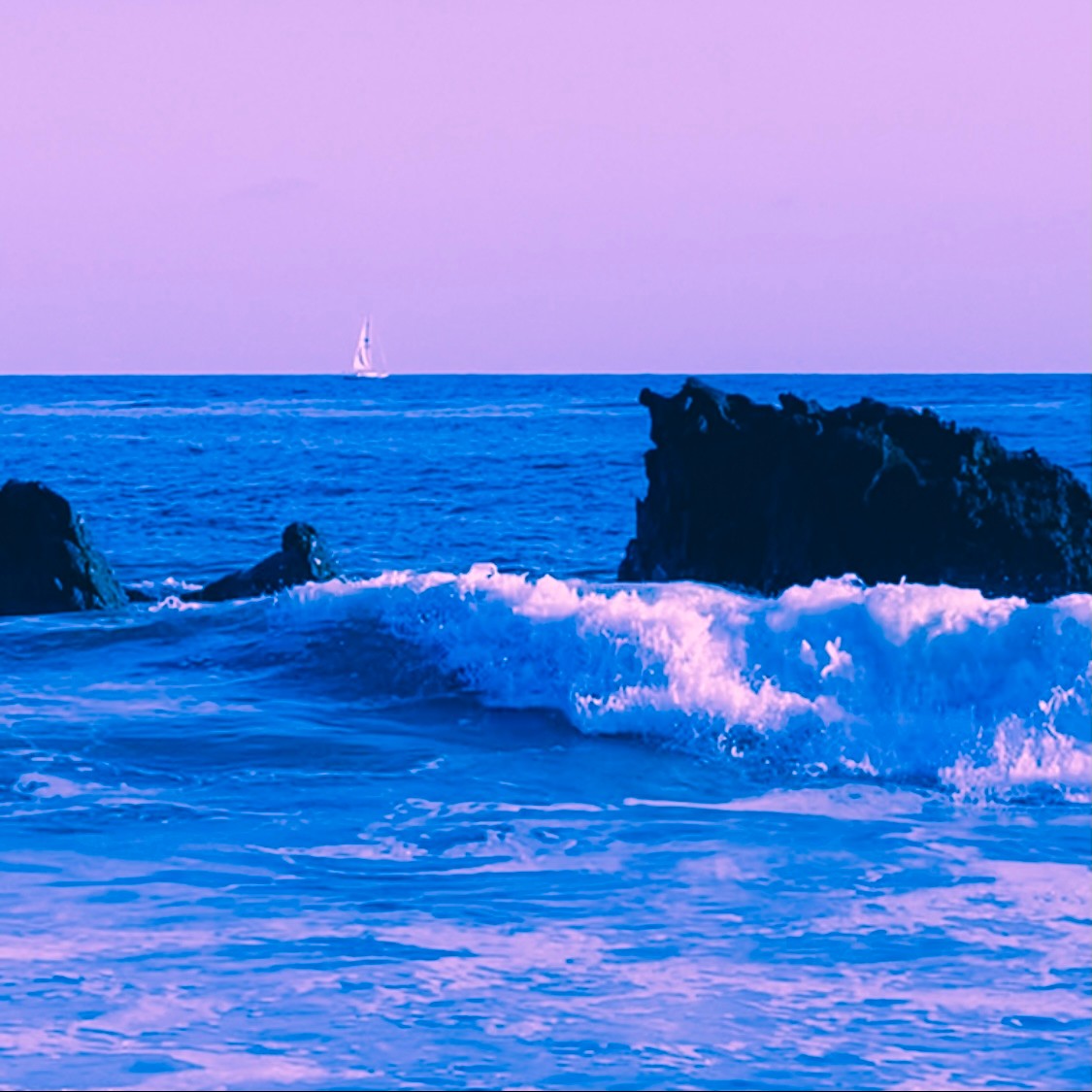 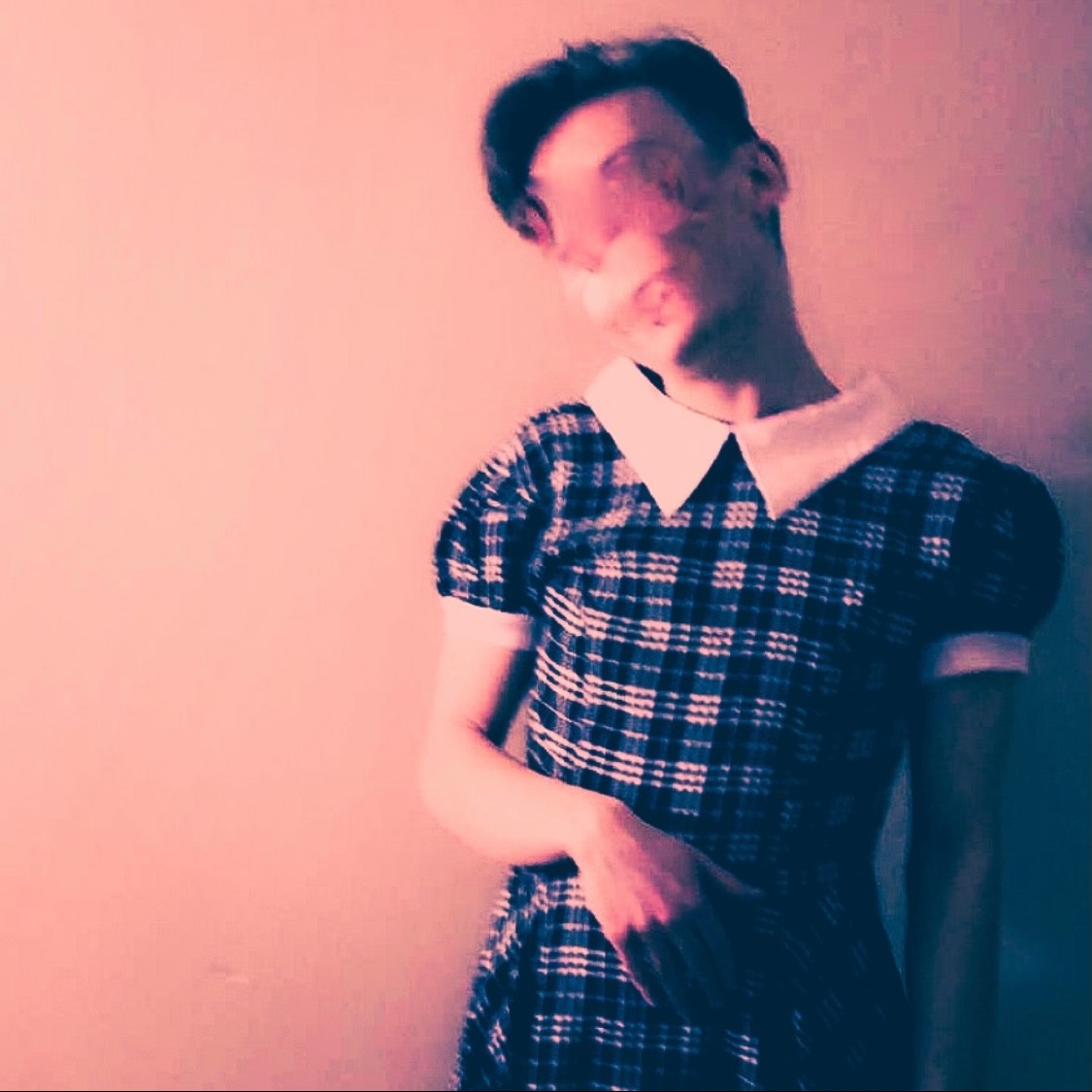